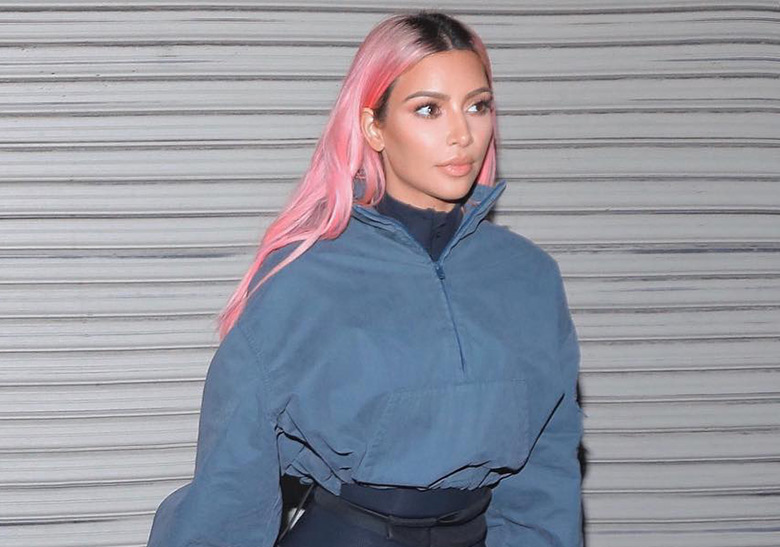 If you’re obsessed over Kanye West’s Yeezy line, chances are you follow The Yeezy Mafia on Twitter and/or Instagram. Since the Yeezy line first came into fruition in February 2015, The Yeezy Mafia has steadily grown into one of the most followed accounts for all Yeezy-related content. While we can debate the verity of their information, Kim Kardashian West just put The Yeezy Mafia on blast over false information regarding a tweet concerning the upcoming Yeezy Season 7.

The Yeezy Mafia, in a now deleted tweet, mentioned that stockists were invited to an empty showroom during which they were told that there wouldn’t be any apparel or accessories for Season 7 as Kanye West was unable to achieve his vision. In response, Kim Kardashian went on to blast them for posting fake colorways and false information while pointing out Yeezy Mafia is in no way affiliated with the official Yeezy line. Kim Kardashian goes on to confirm in follow-up tweets that the showroom was strictly for shoes, was always intended for that purpose, and that Season 7 apparel would be online soon.

Kim Kardashian now appears to be on a mission to get @TheYeezyMafia unverified on Twitter, as if that’s really going to stop them from doing their thing. The truth of the matter is, The Yeezy Mafia and all the other related fan accounts exist to promote the YEEZY business directly and indirectly. Kim Kardashian is just looking to silence what she deems as fake news and control the information that goes out, which lines up with her confirmed beliefs that “Yeezy has its own universe”.

Kim certainly has a vested interest in the Yeezy line as she continues to be at the forefront of marketing for her husband’s design ventures. A day after the Grammy’s, she posted photos of herself and her dopple-gangers parading around town in Kanye’s clothing in an effort to change the continual lukewarm reception to the collection which hinges on the sales of…sweatpants. Huge advertisements went up in Times Square, one of the tourist hot-spots of the world. Meanwhile, The Yeezy Mafia is reveling in the “free promo” received from this episode.

Now that your attention is fixated on Yeezy, remember that Yeezy Boost 700 releases in the U.S. this Saturday. 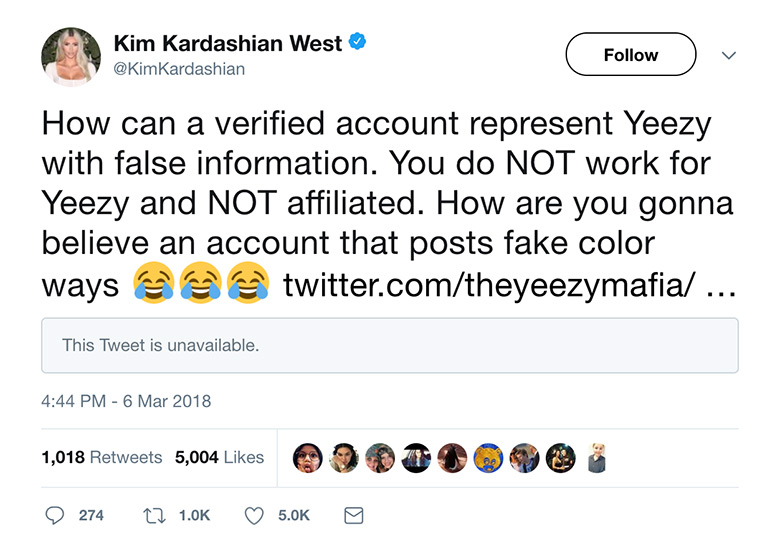 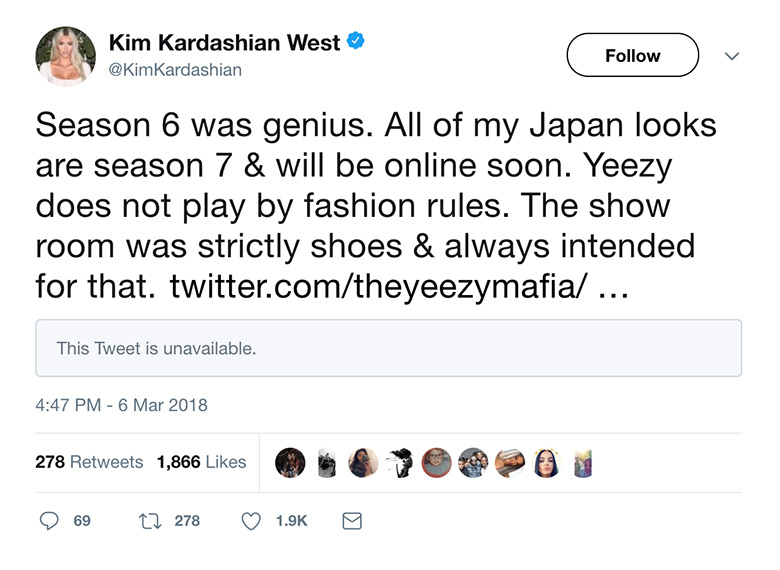