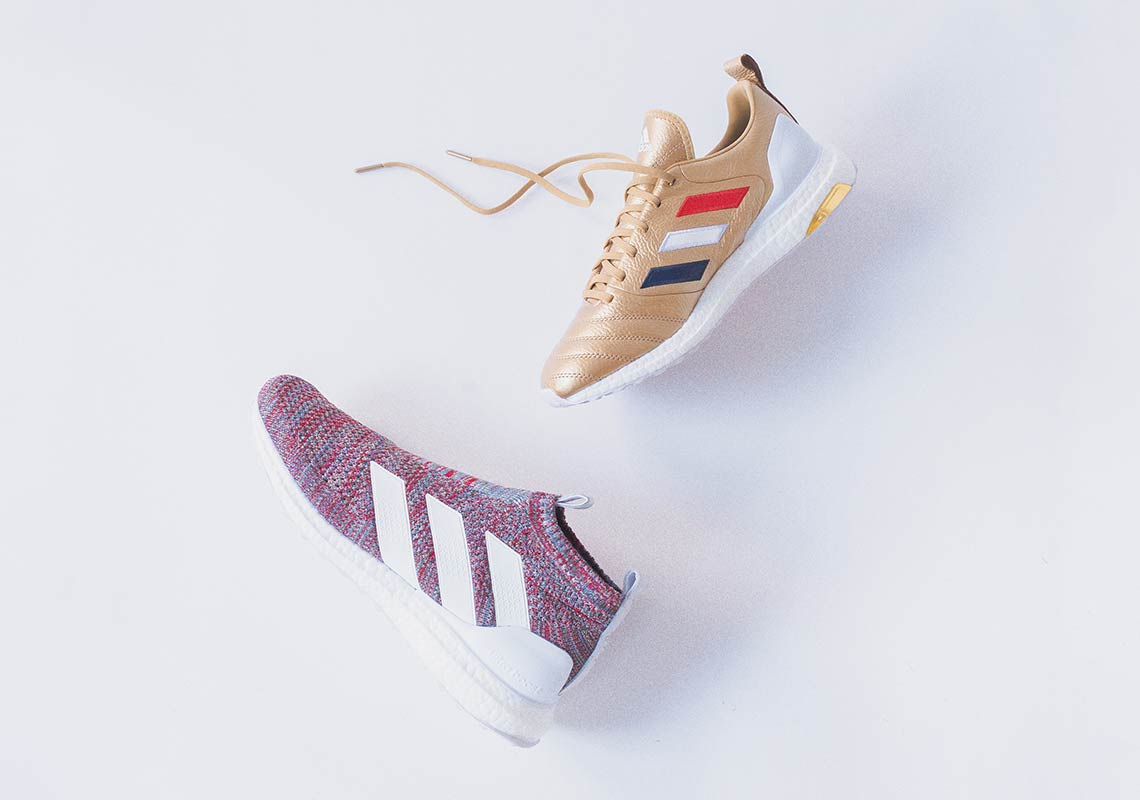 Kith and adidas Made Team USA Shoes For World Cup

With the World Cup in full swing and the nation’s thirst for all things soccer reaching a fever pitch, Kith and adidas Soccer are set to release two collaborative footwear models this weekend as part of their “Golden Goal” pack: a COPA Mundial and a COPA ACE 16+. The Copa Mundial is constructed of a premium gold metallic leather with patriotic accents arriving via the red, white, and blue three stripes on both the lateral and medial sides of the upper. The same gold leather returns on the lining, and custom co-branded stars and stripes insoles complete the victorious look. The ACE 16+ features a multicolor Primeknit upper—similar to the one featured on Ronnie Fieg‘s Kith x adidas Ultra Boost Mid “Aspen”—a white three stripe graphic, and a white leather heel tab, while metallic gold accents arrive on the midsole and outsole. Both shoes feature the same white heel cage, white Ultra Boost midsole, and white Continental rubber outsole, and come boxed in special flag-inspired packaging. Look for both pitch-ready shoes to release alongside a full set of collaborative apparel and accessories June 29th on Kith’s website, with the ACE16+ priced at $220 and the COPA Mundial retailing for a flat $200. 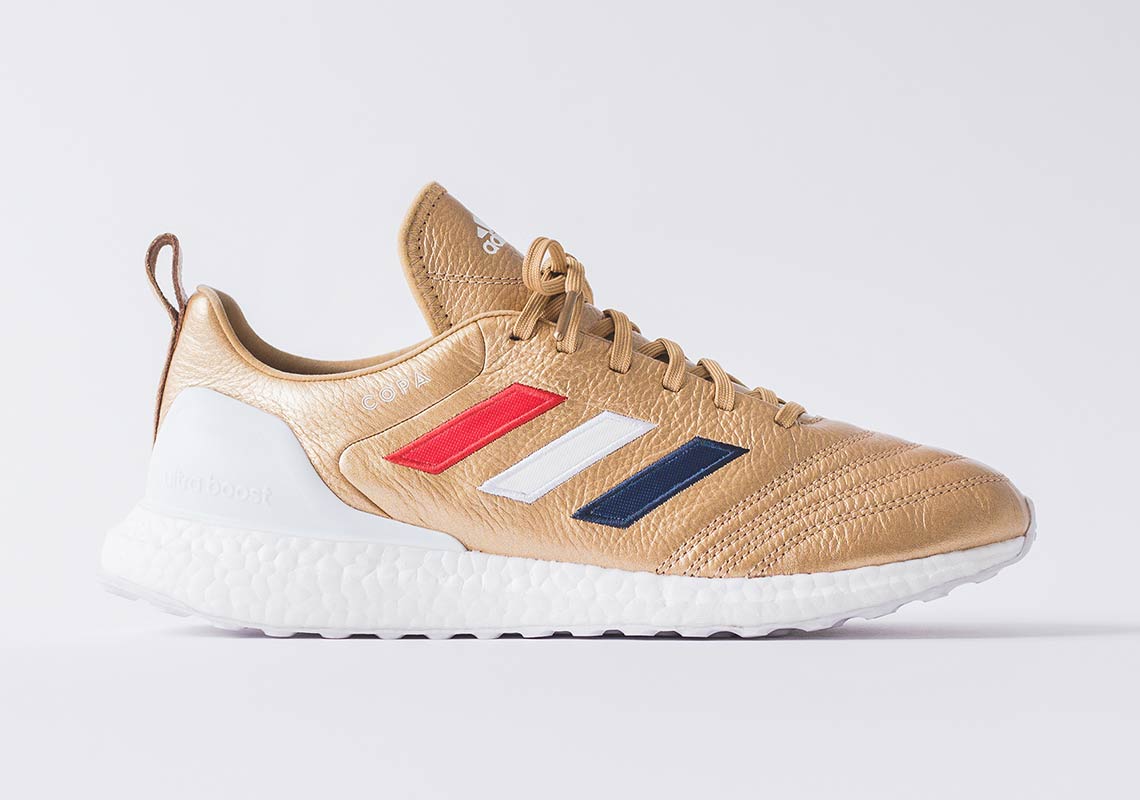 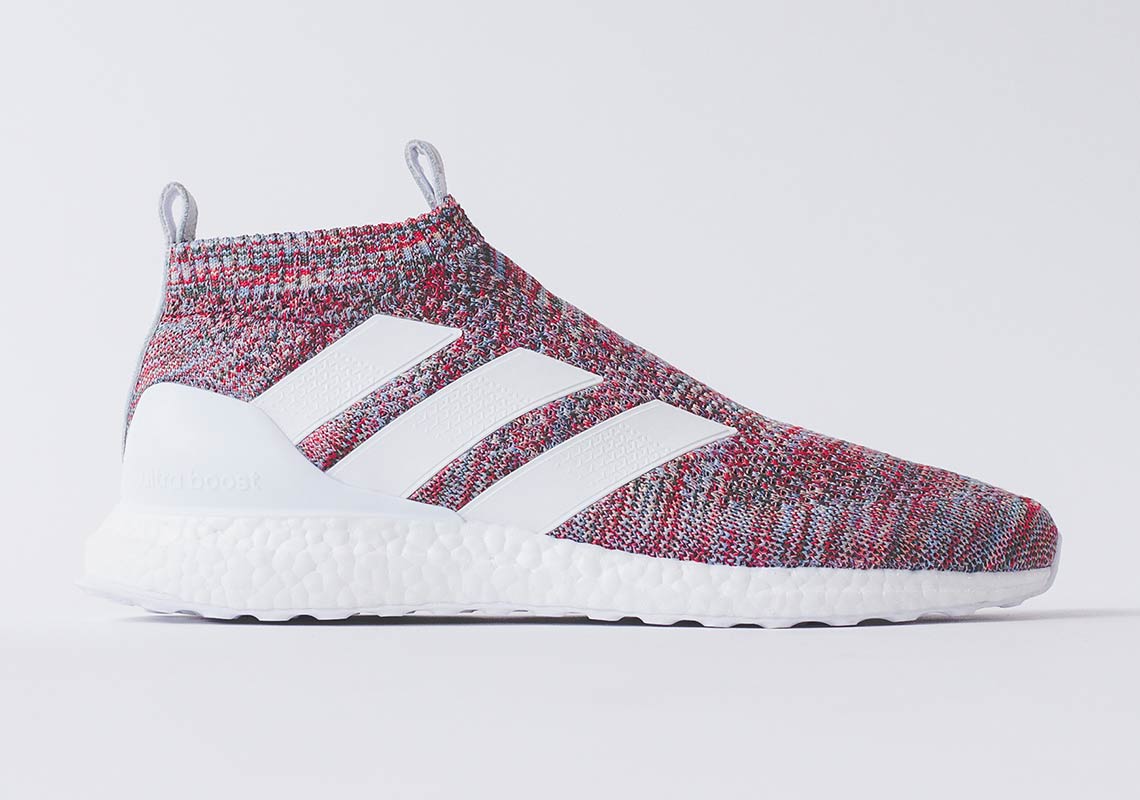 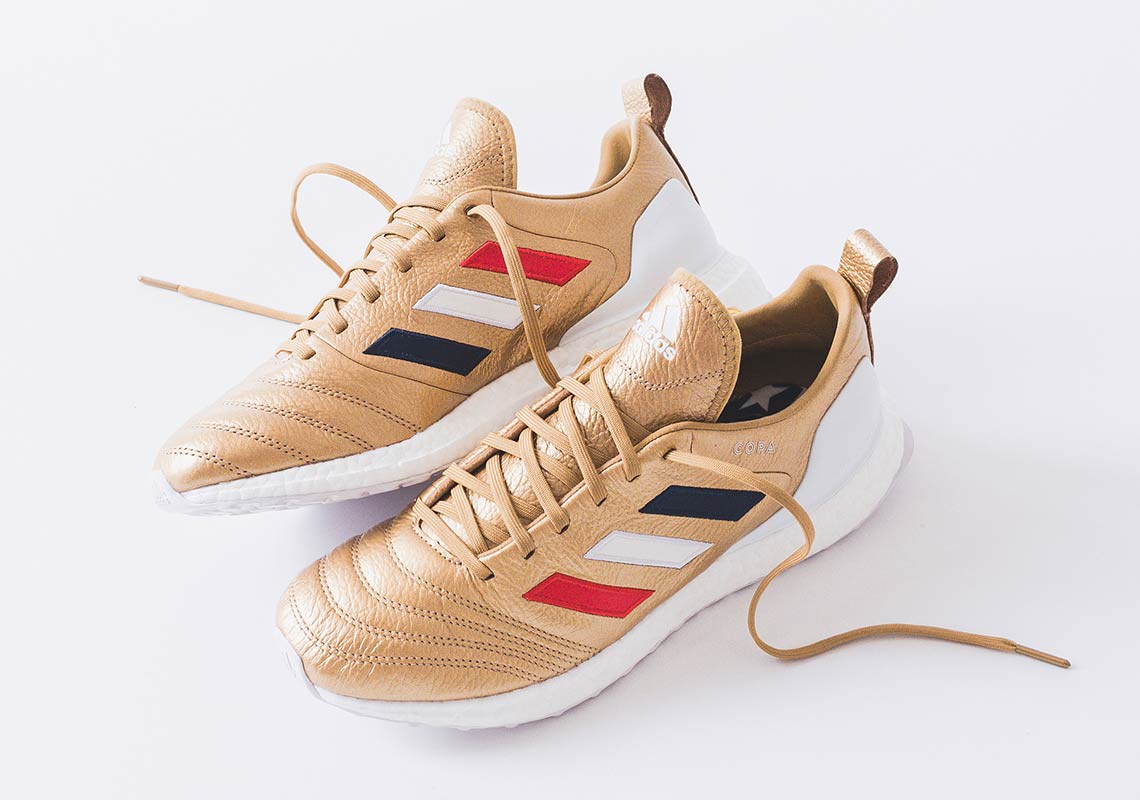 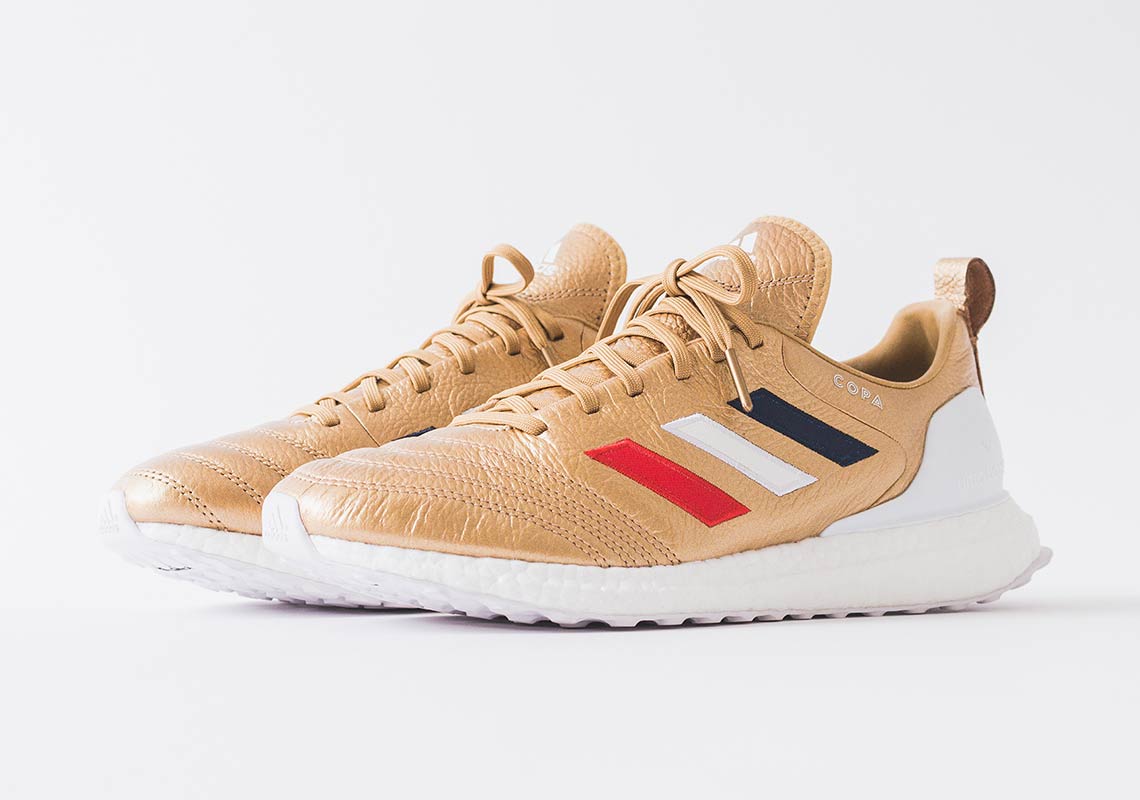 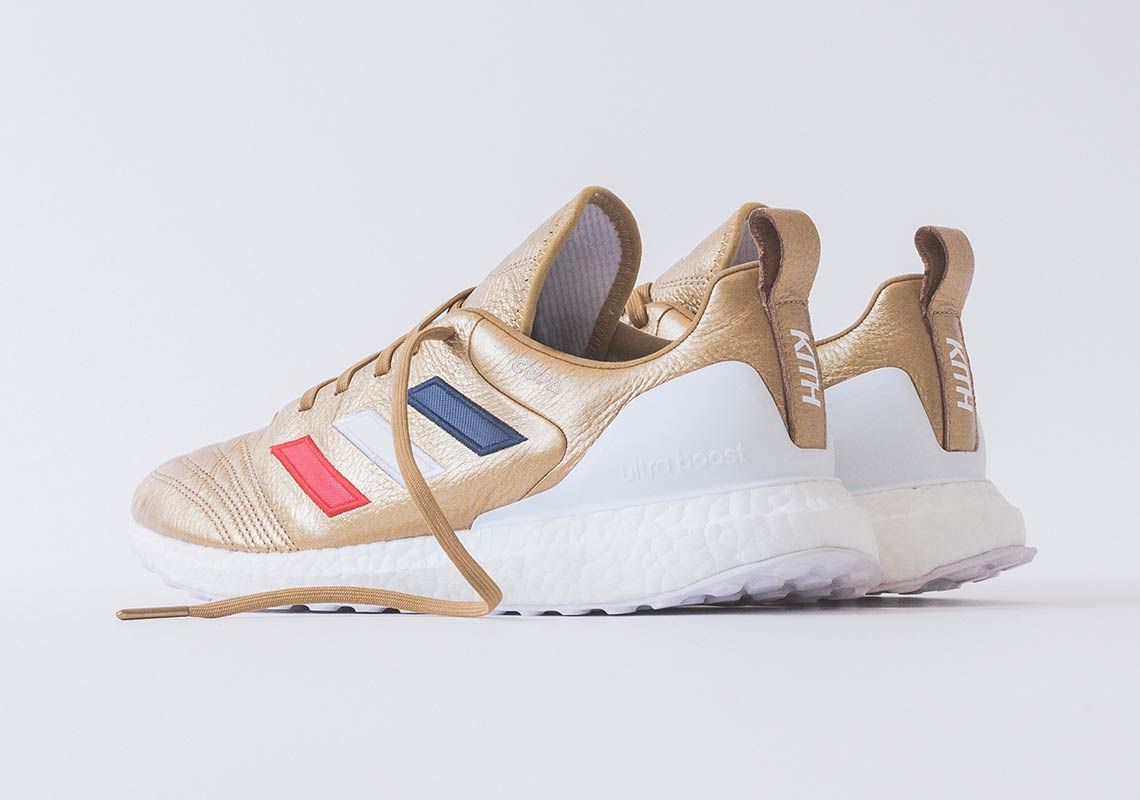 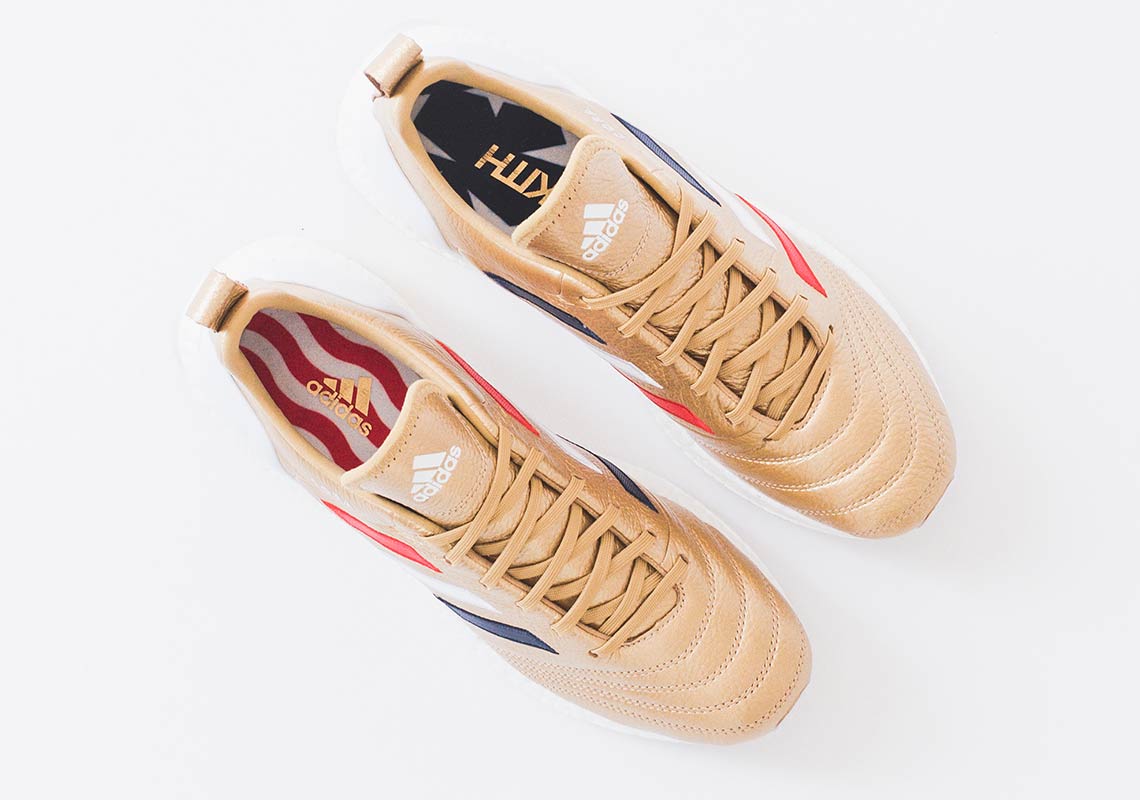 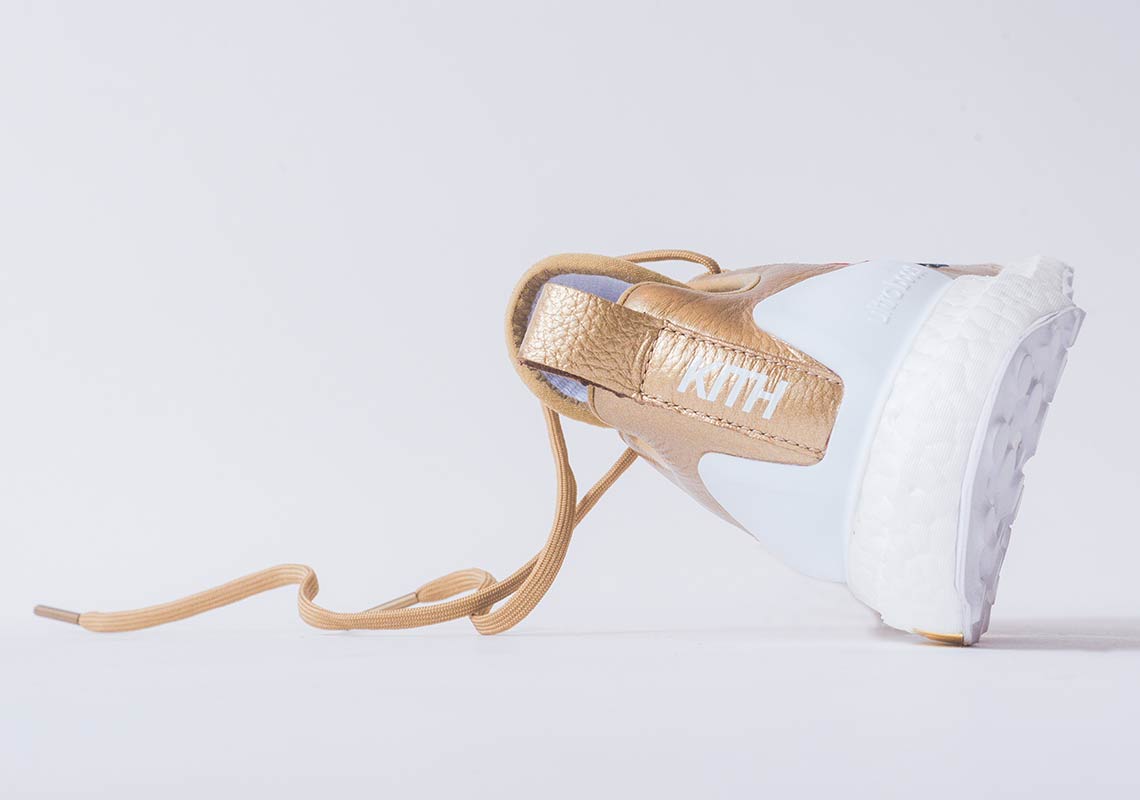 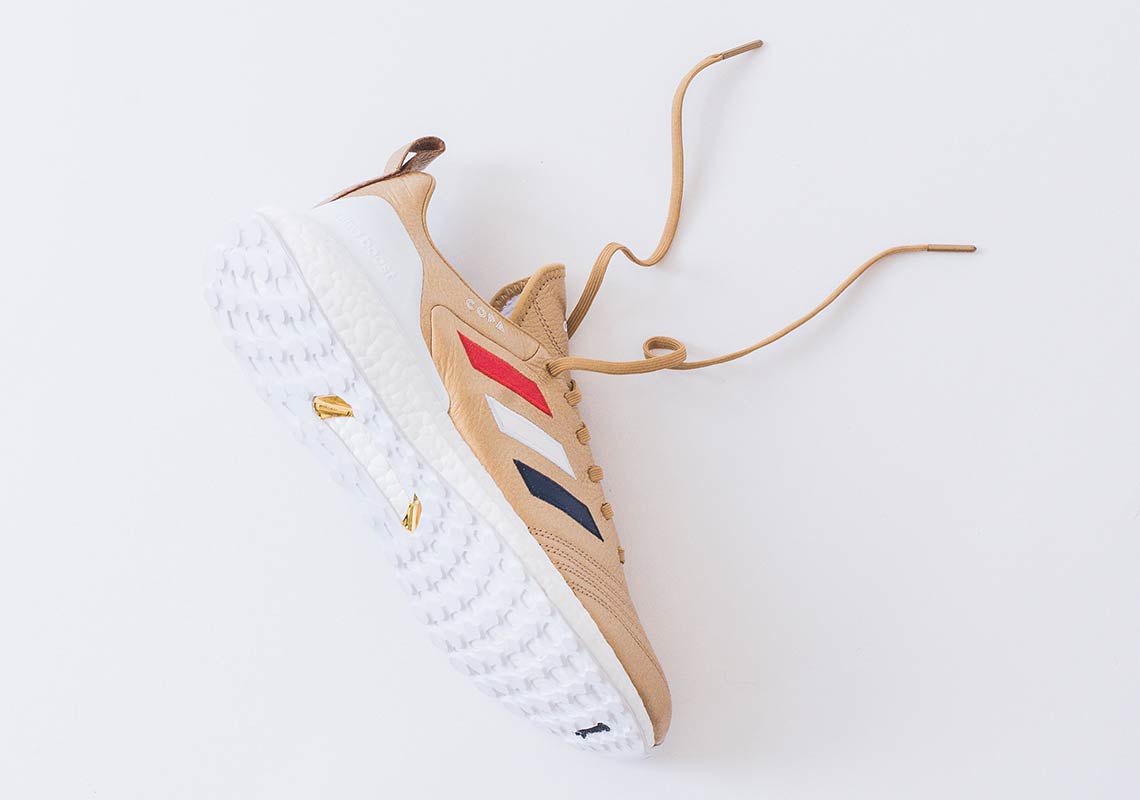 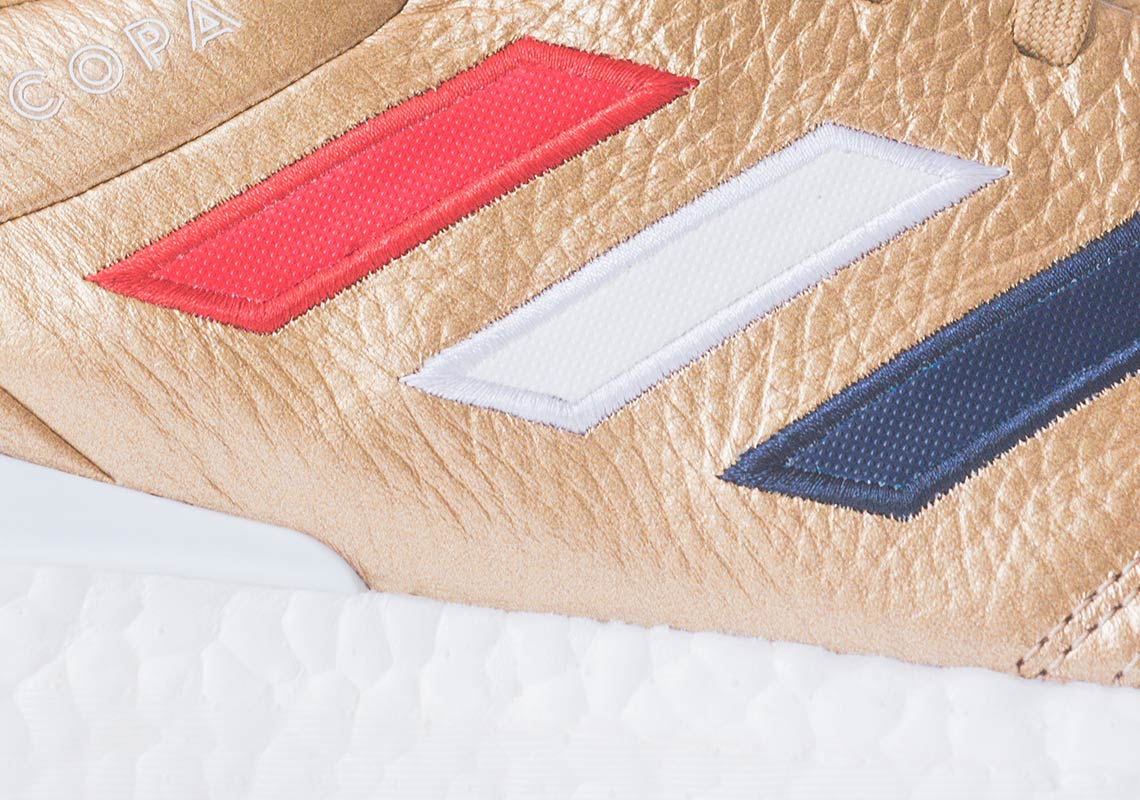 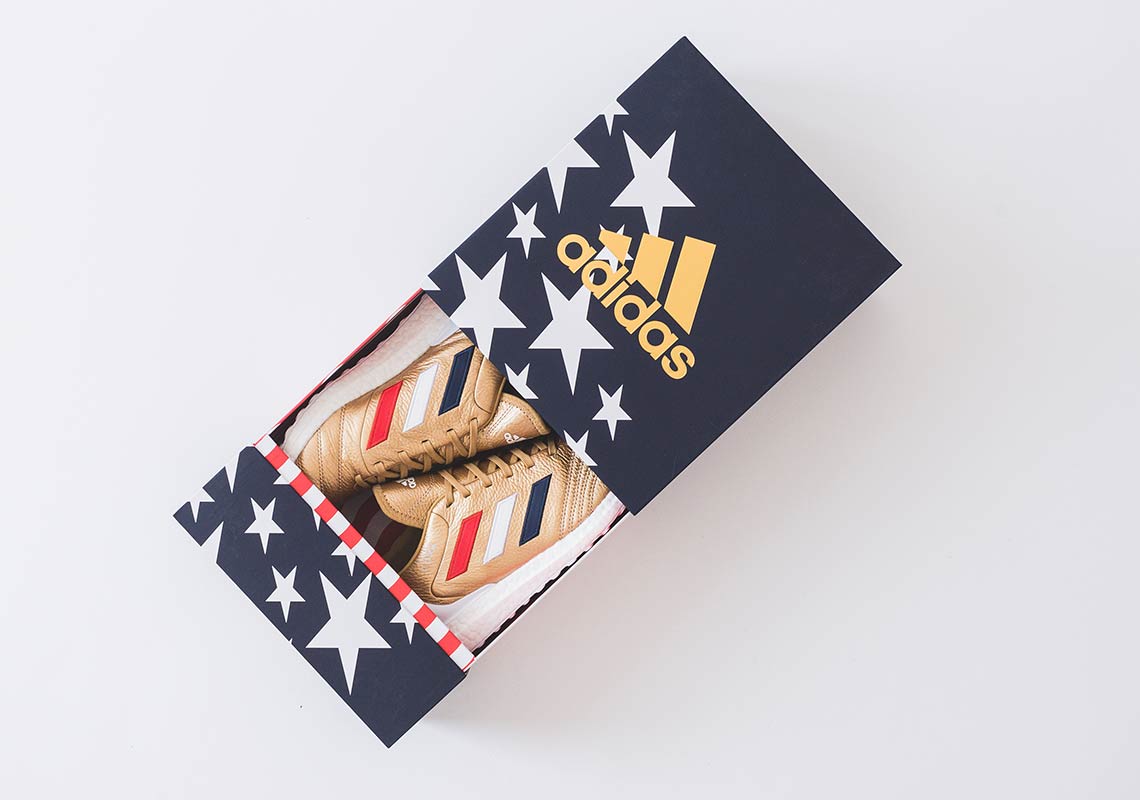 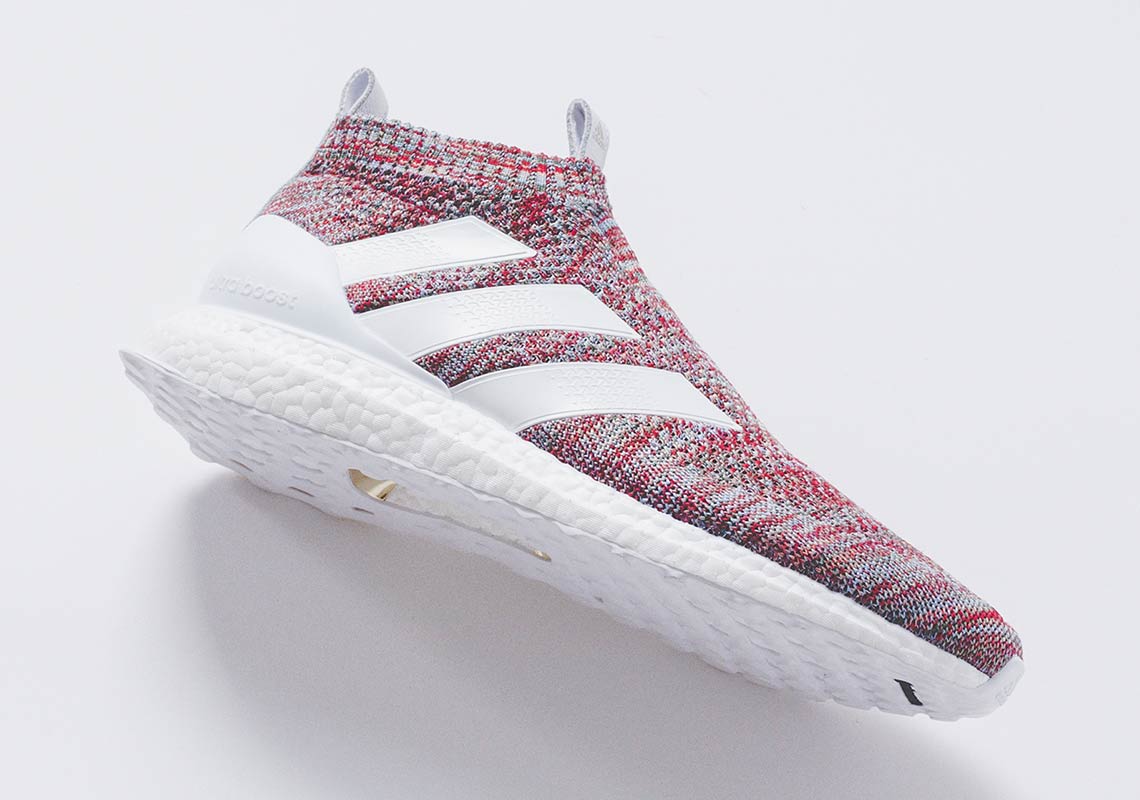 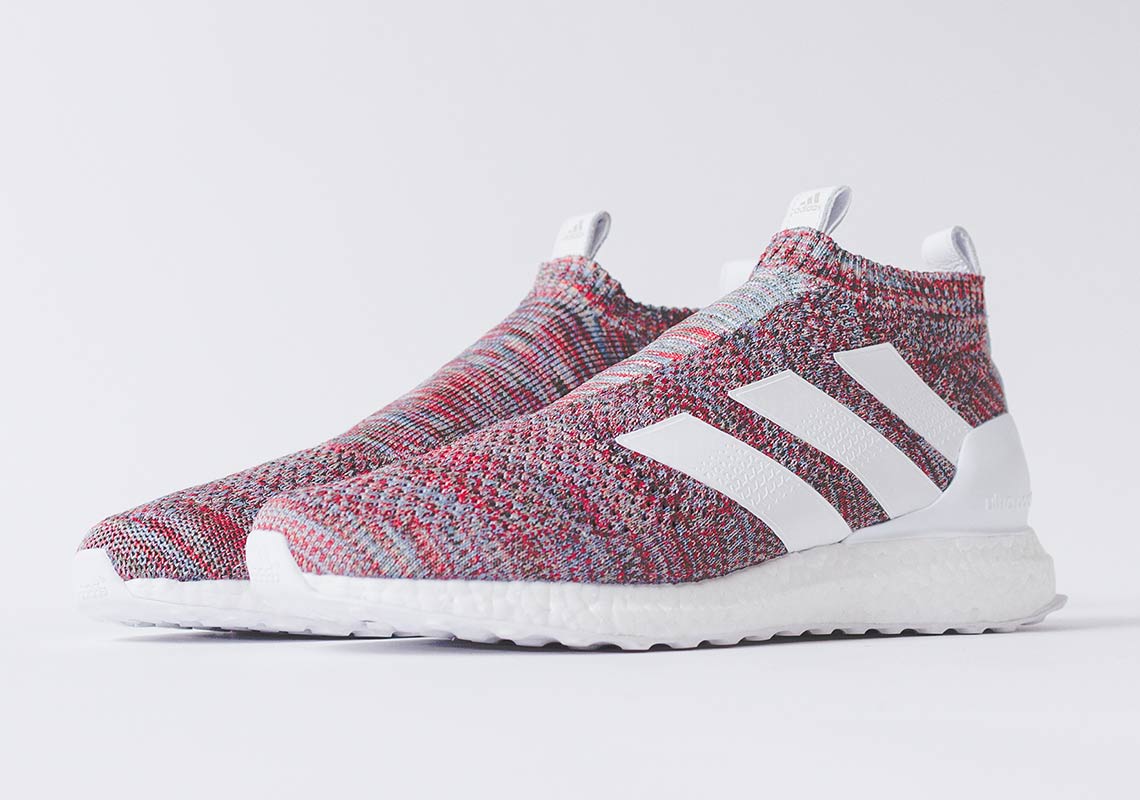 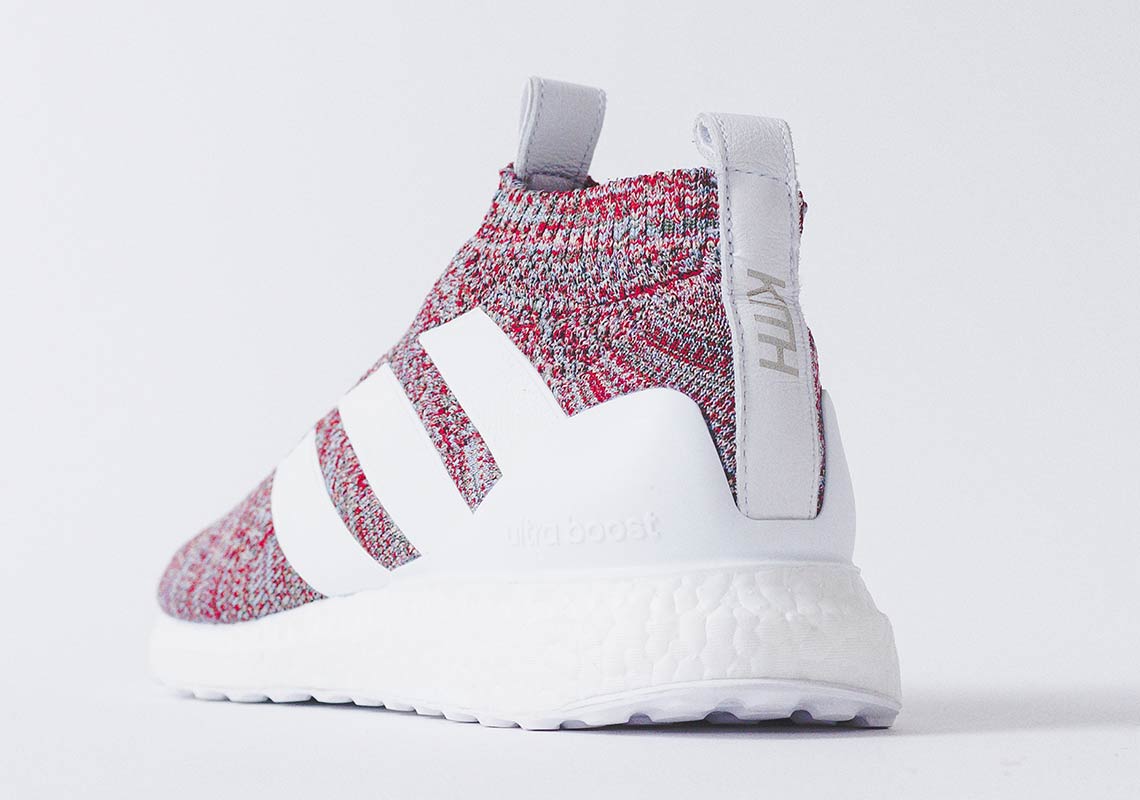 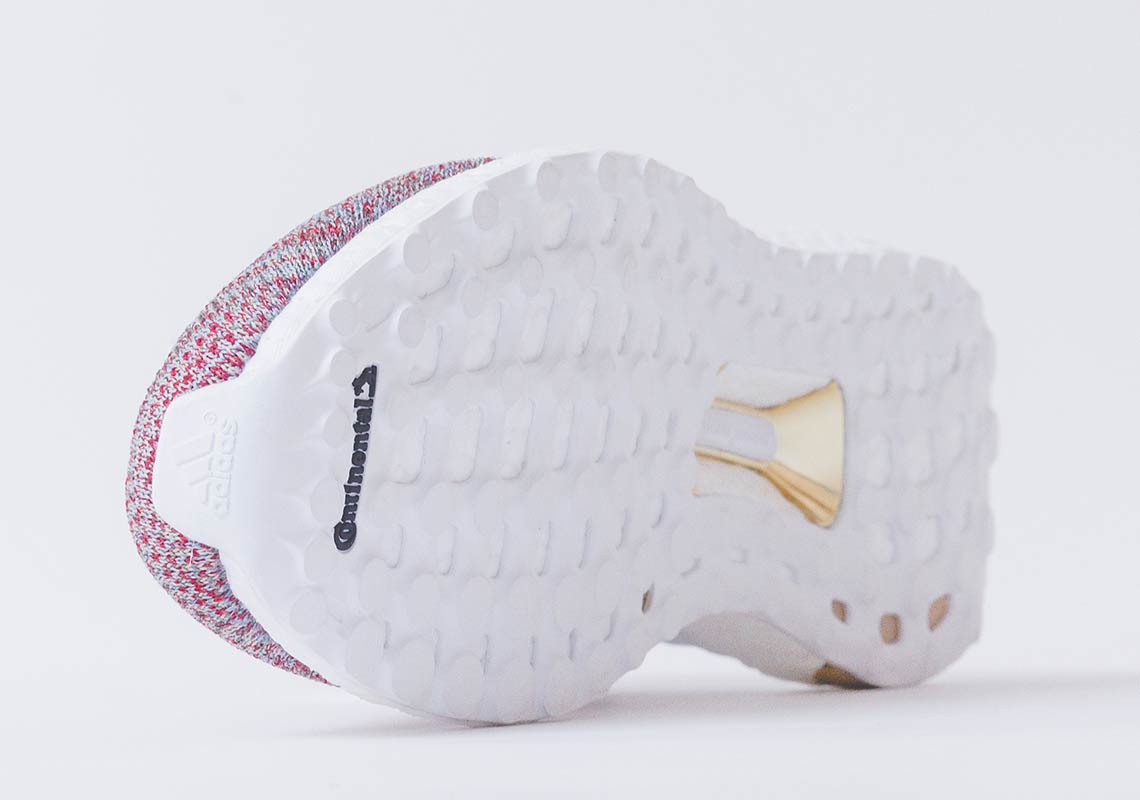 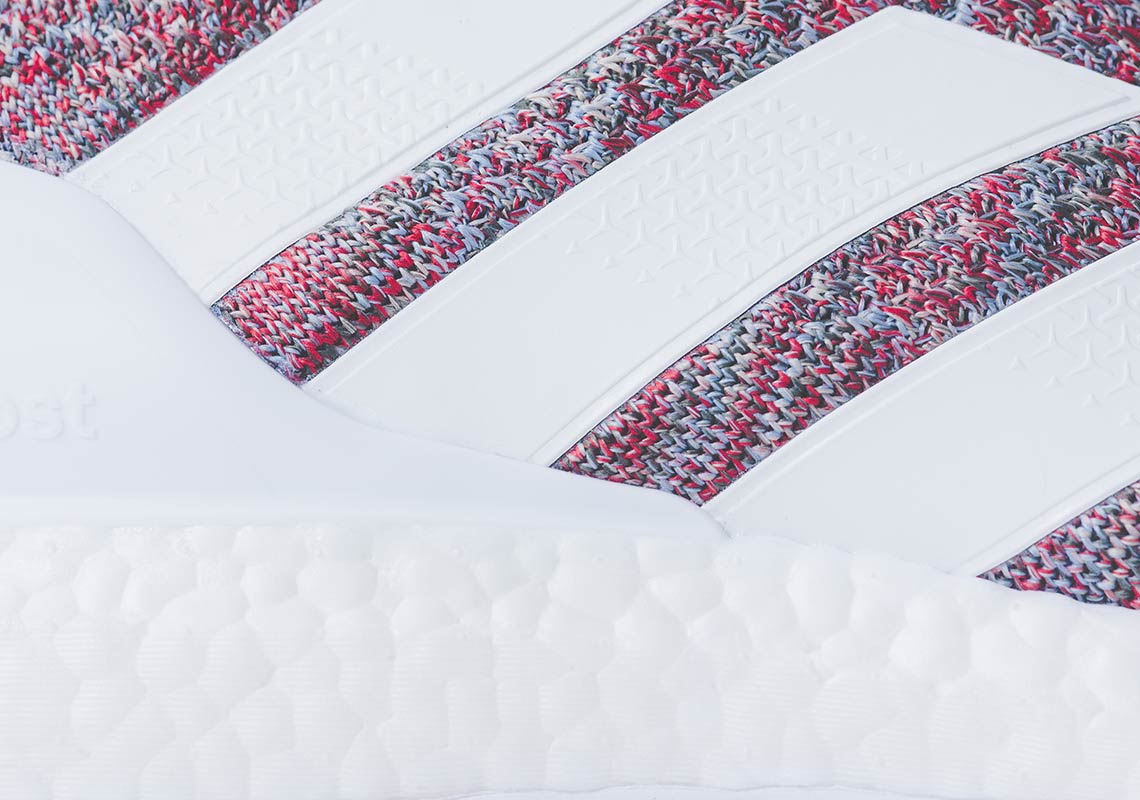 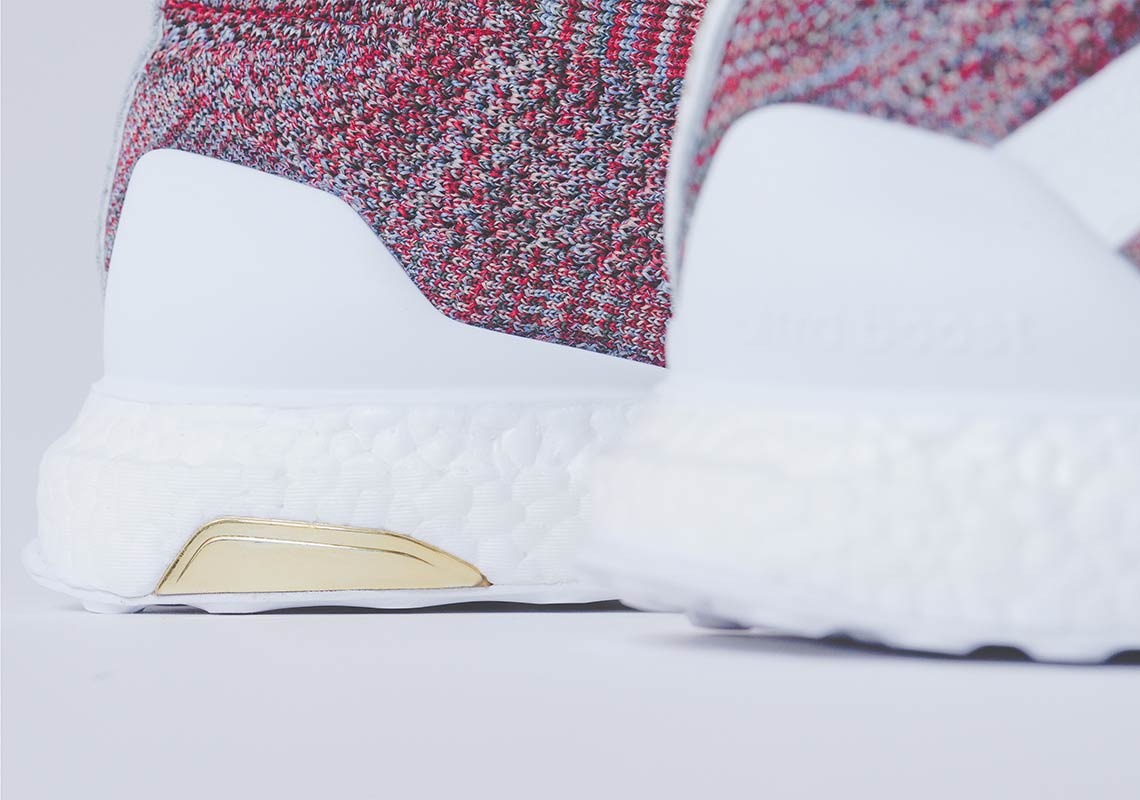 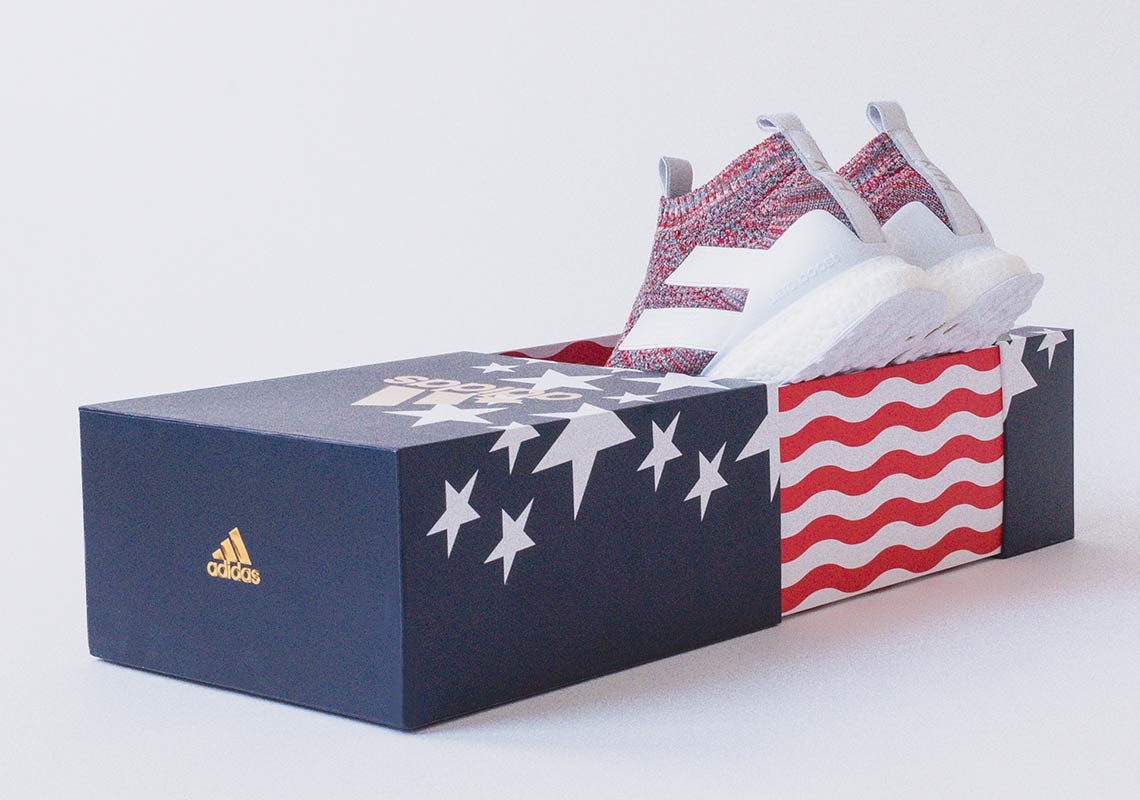