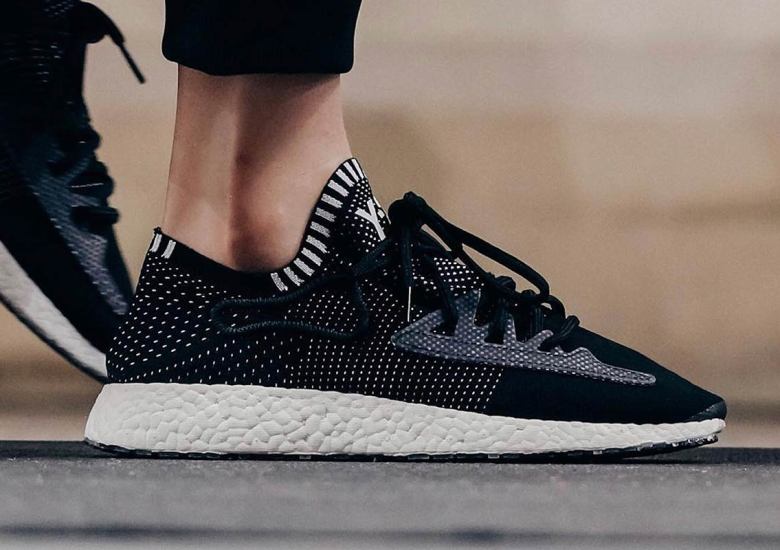 Y-3 has always had a propensity for pushing the boundaries of footwear. Under the steady hand of Yoji Yamamoto, the brand has produced highly desirable silhouettes like the Qasa High and the Pureboost ZG, pushing their futuristic aesthetic into the sneaker stratosphere. Now Y-3 is back at it again, as they recently unveiled their S/S ’19 footwear line, featuring the unique styling they’ve become known for alongside the latest adidas technology like Boost and Futurecraft.

The new Raito Racer, a shoe that appears to be a high-end take on an adidas NMD Racer features a black Primeknit upper with white speckled detailing, an abstract lacing system that features plastic accents and loops all the way to the wearer’s ankle, and a white Boost midsole. The Runner 4D II features a tonal white look with black and grey detailing around the collar, a head-turning lacing system that dips down to the midsole and around the heel, and a thick white Futurecraft midsole. The striking Kaiwa returns in a tonal white colorway that draws extra attention to its chunky midsole detailing and high tongue. The new Kasabaru, a silhouette that appears to be a crossover between a high-top basketball sneaker and a boot arrives in a black/white completed with bold heel detailing, a large Y-3 hit on the tongue, and a stout, blocky midsole and outsole.

Look for these new Y-3 sneakers to roll out as part of the brand’s S/S ’19 campaign, and expect pre-orders for all four silhouettes to begin at luxury retailers soon. While you wait, be sure to check out Kanye West‘s new Utility Black Yeezy 500. 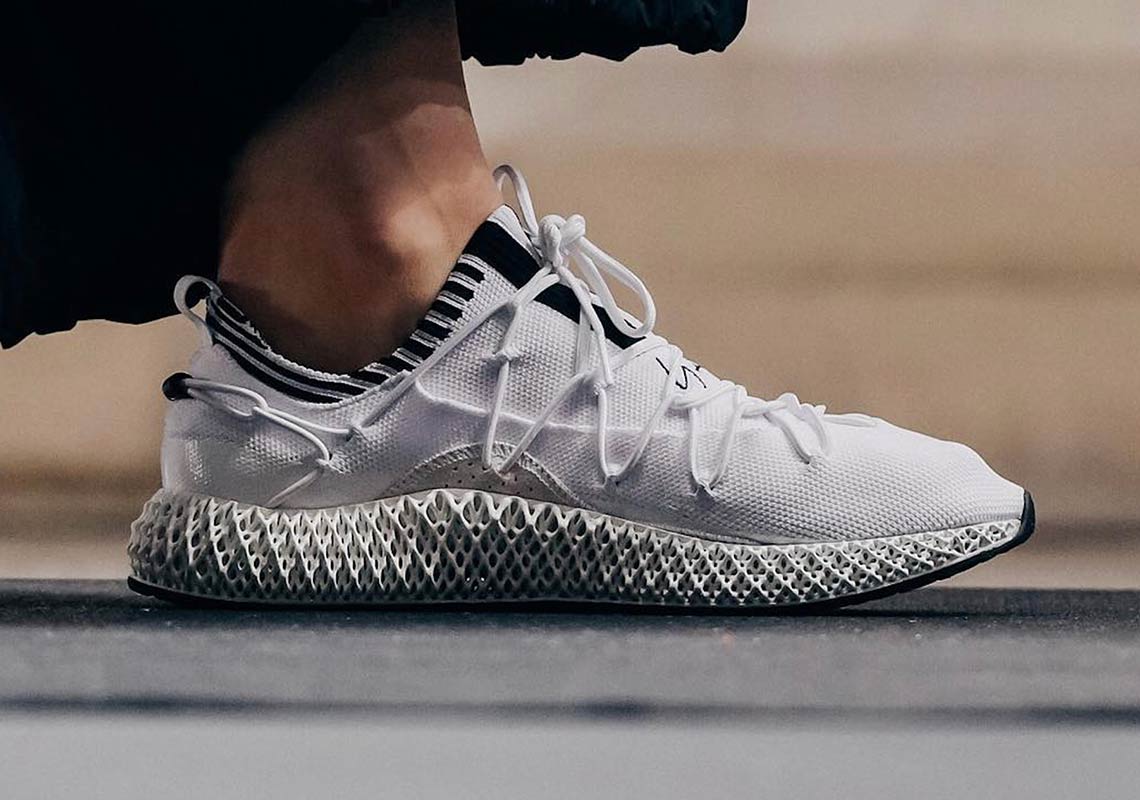 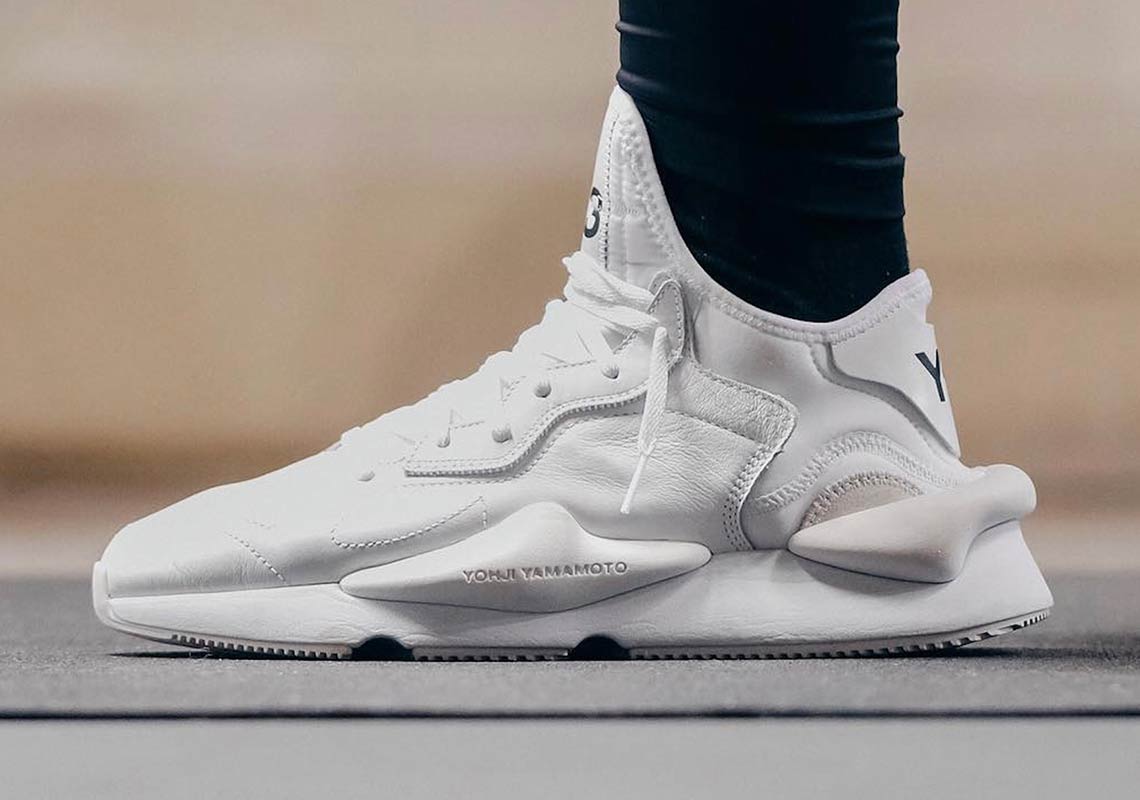 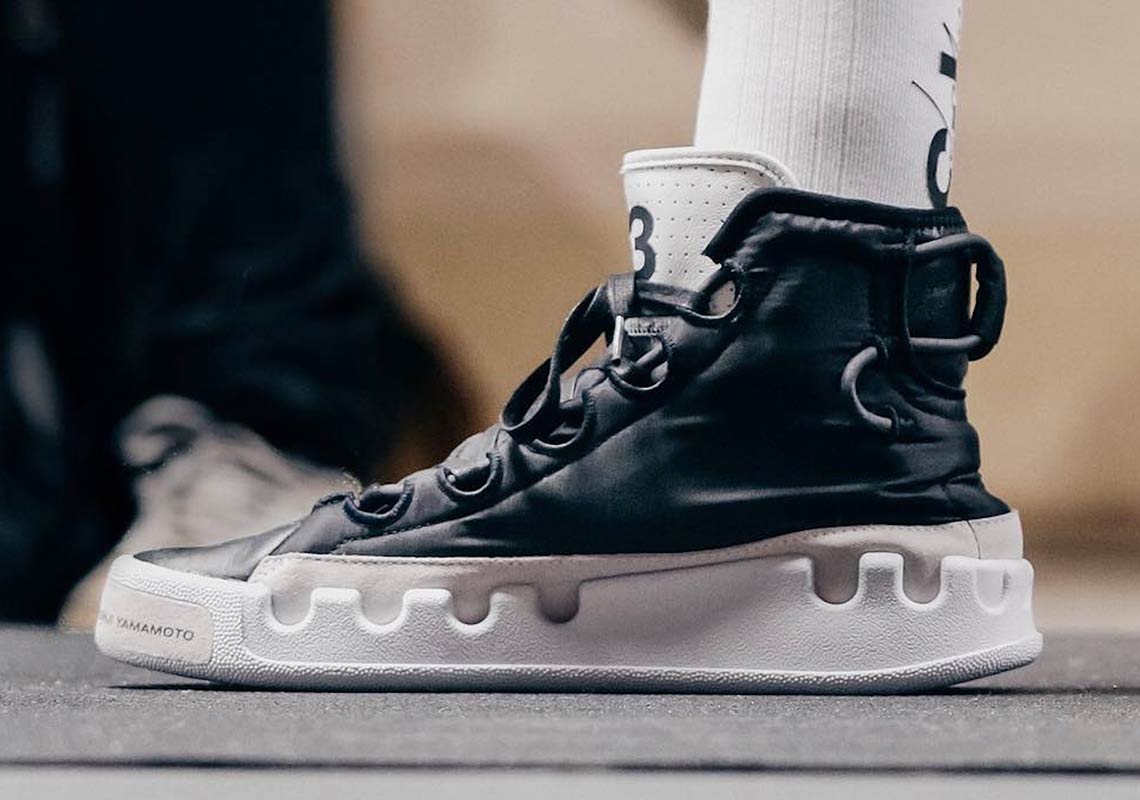