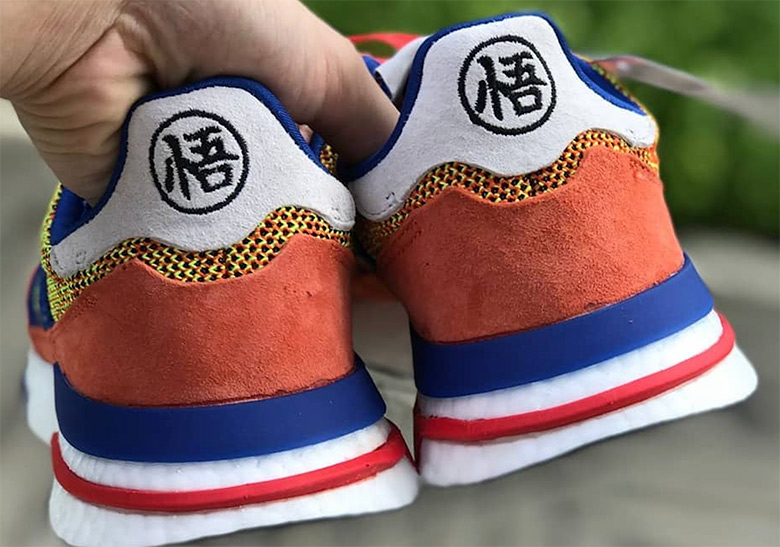 A Closer Look At The “Son Goku” adidas ZX500 Boost

The long-awaited adidas Dragon Ball Z pack is almost here. After we received the best look yet at Cell’s green and purple adidas Prophere earlier in July, now we’ve got another look at the “Son Goku” adidas ZX500 Boost, one of the most highly-anticipated silhouettes from the pack. The shoe’s upper features orange suede and blue denim overlays with yellow-orange mesh as the base, nodding to Goku’s iconic orange and blue gi. The shoe’s heel features Japanese symbols on the back—another nod to the powerful Super Saiyan’s gi—and Goku’s friendly flying nimbus cloud also makes an appearance, embroidered on the medial forefoot. A red block emblazoned with Japanese characters arrives in the middle of the stark white Boost midsole for a final pop of collaborative contrast, and the shoe is completed with a simple black outsole. These “Son Goku” kicks are tentatively scheduled for an August release date, so be sure to keep it locked to our Sneaker Release Dates page for all the latest adidas/DBZ release information. 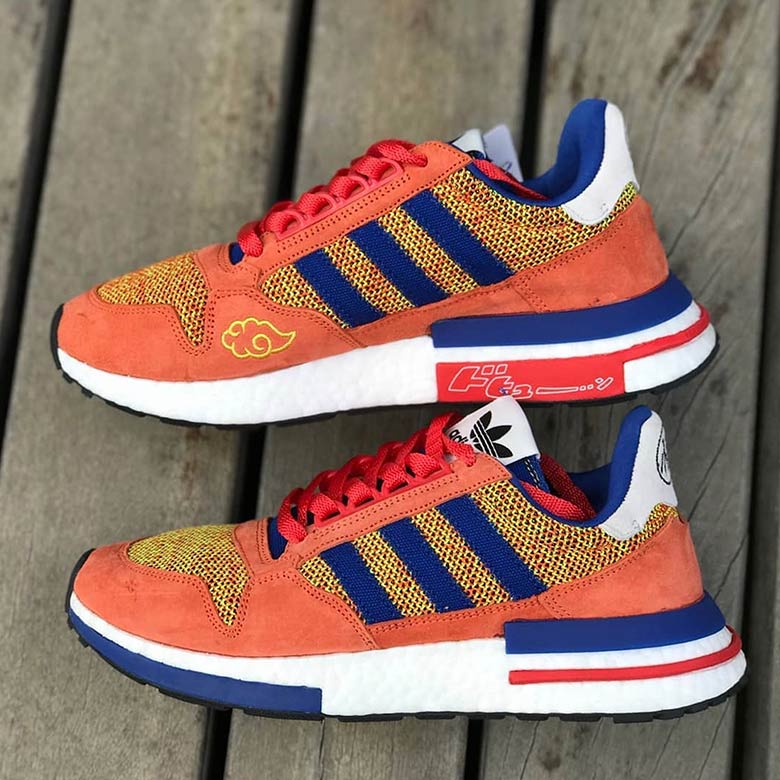