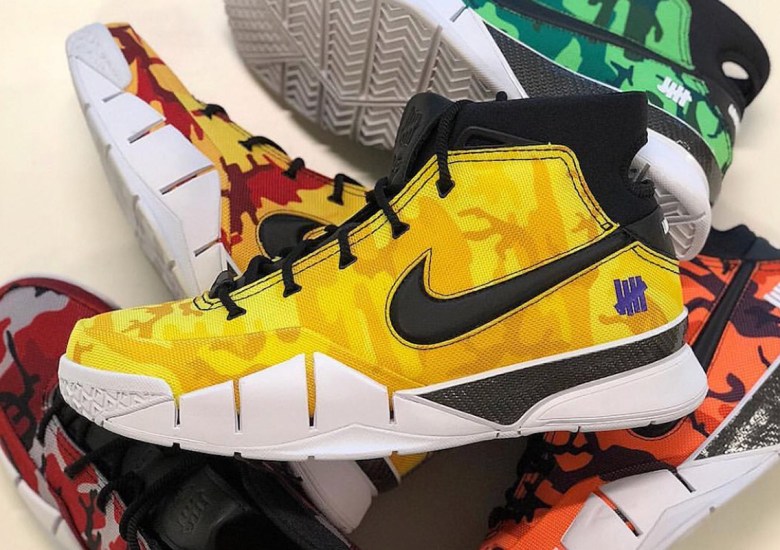 As the NBA season draws closer and closer, there’s a great deal of excitement about LeBron James and his new home with the LA Lakers. Although most pundits suspect the Lake Show will have their hands full attempting to vanquish Steph Curry, Kevin Durant, and the mighty Golden State Warriors, anticipation around the King’s freshly minted rule of Los Angeles is still sky-high.

LeBron officially donned the gold and purple for the first time yesterday as part of a photo shoot, and although seeing the kid from Akron in his new threads was a sight to behold, what was on his feet was even more enthralling than his uniform: a never-before-seen pair of UNDEFEATED Zoom Kobe 1 Protros. The new kicks boast a yellow and gold camouflage upper, while UNDEFEATED’s famous five strike logo on the lateral heel is dressed in a rich royal purple for a pop of Lakers contrast. A black tongue, throat, swoosh, and heel collar round the upper off, and a simple white outsole completes the look by ensuring all attention is featured on the striking upper. There’s no word yet on if these Protros will see a release later this fall or if they’re a special PE for the King, but get a look at the new colorway below, and for more LeBron news check out the massive game-worn shoe display at his new I Promise school. 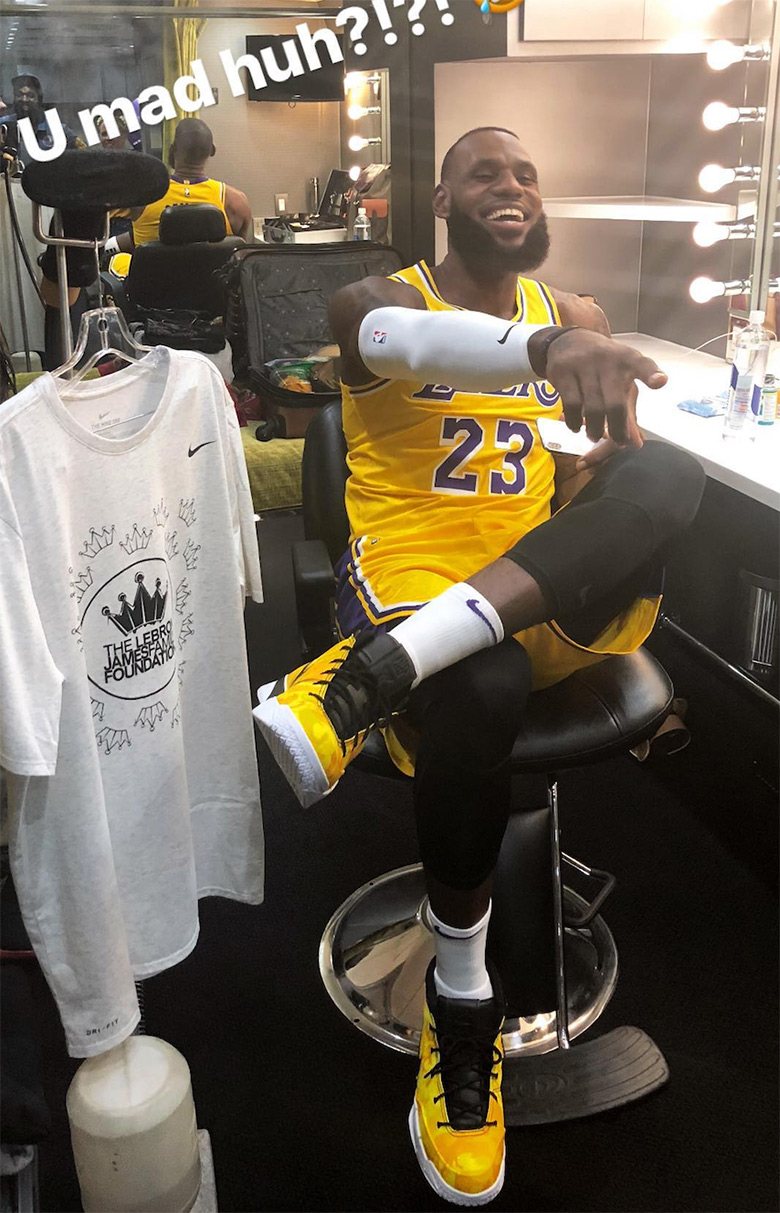 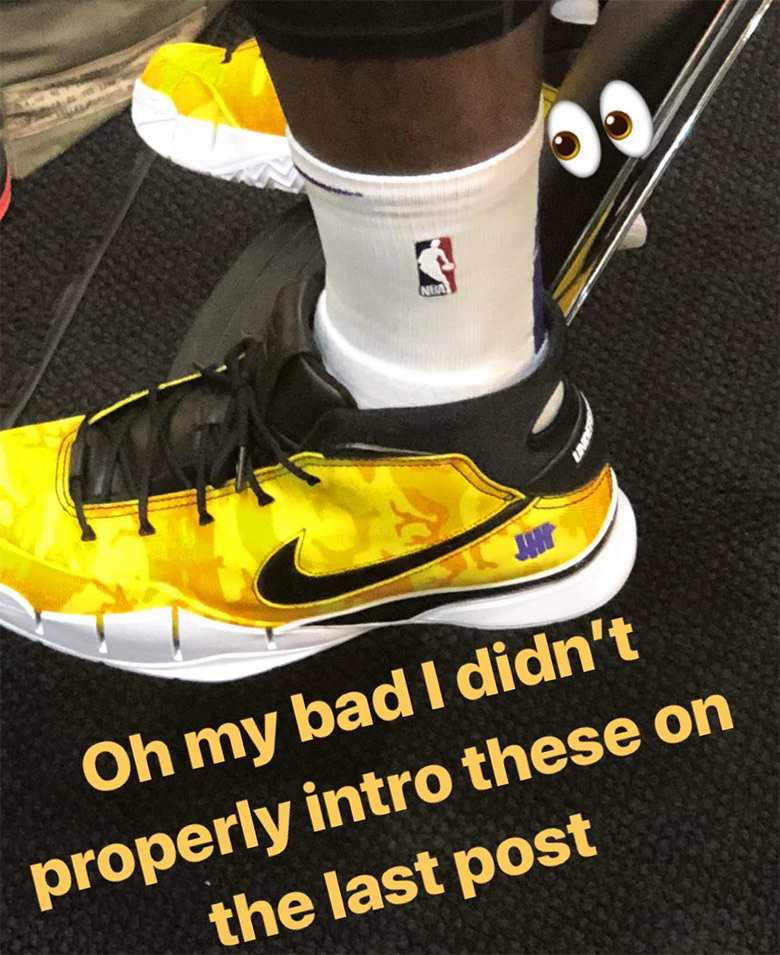