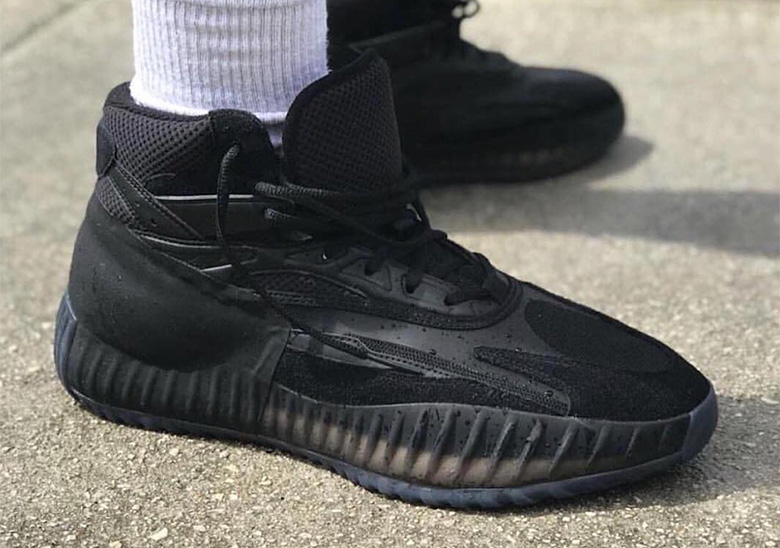 Kanye West’s social media usage as of late has been puzzling to say the least. Yesterday afternoon he flooded our Twitter feeds with a deluge of photos of Japanese products that West claims to be using to help “create the convenience of the future”. Then, ‘Ye live streamed an NSFW award show alongside a set of five matching long sleeve tees that arrived on his YeezySupply site. While following the adidas Yeezy frontman’s accounts might be frustrating at times, there is no better way to follow the creative genius, as it is clear that he is as honest and open as they come in the public eye.

Breaking sneaker information regarding the adidas sub-brand makes its way onto the internet all the time as well, as evidenced by this early factory sample of what could very well be the first Yeezy Basketball Shoe. Kanye’s basketball sneaker plans have been well documented, as he first balled in a pair of Yeezy-esque sneakers at UCLA in 2017 – which initially got the rumors going – and then sent out a now-infamous red marker sketch with the caption “adding basketball” back in July. While the pair you see here is by no means confirmed, it can certainly represent what we are to expect, as it comes equipped with an upper very similar to the upcoming Yeezy 700 v2. Its sole unit is a performance-ready variation of the Yeezy 350 v2 sole that also appears to draw inspiration from the adidas Crazy Explosive line. As always when dealing with the Yeezy brand, nothing is certain until it is officially confirmed for a release, so grab a first look at West’s first potential basketball sneaker here and keep it locked for official updates as we have them.