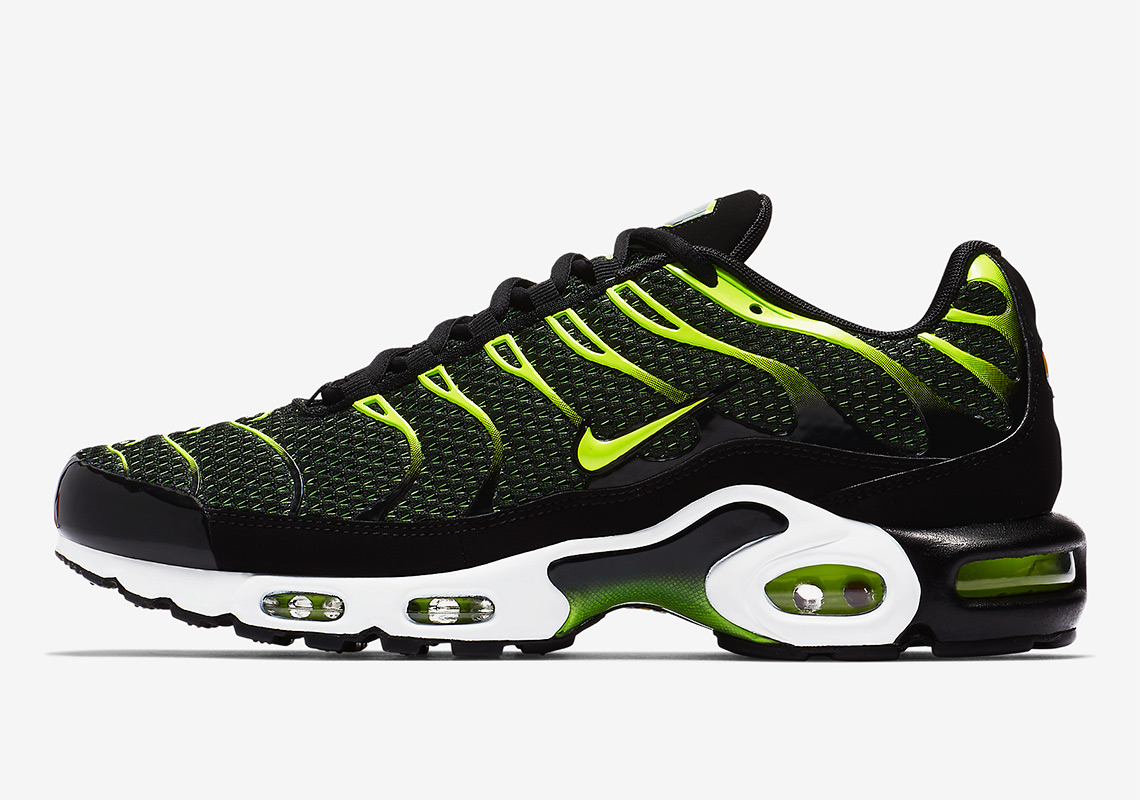 Diehard fans of the Air Max Plus have had their best year in recent memory, as the 20-year old silhouette has been rolled out in a countless array of intriguing color schemes this calendar campaign. One of its most attractive in-line releases just arrived on Nike UK, coming dressed in a Paranorman-like color scheme. Stark black acts as its general anchor, while a slimy green Volt adds flavor to elements scattered throughout its upper as well as inside its see-through Air window. A gradient pattern comes into play on its molded rubber stripes, as they begin with black protruding out of a patent leather midfoot wrap, and make their way to a glowing green as they approach the throat. With Halloween just over a month away, this spooky take on the boisterous Air Max Plus might be just what your costume needs to put it over the top. Head to Nike UK to grab one right now and expect its arrival at Stateside retailers sooner rather than later. 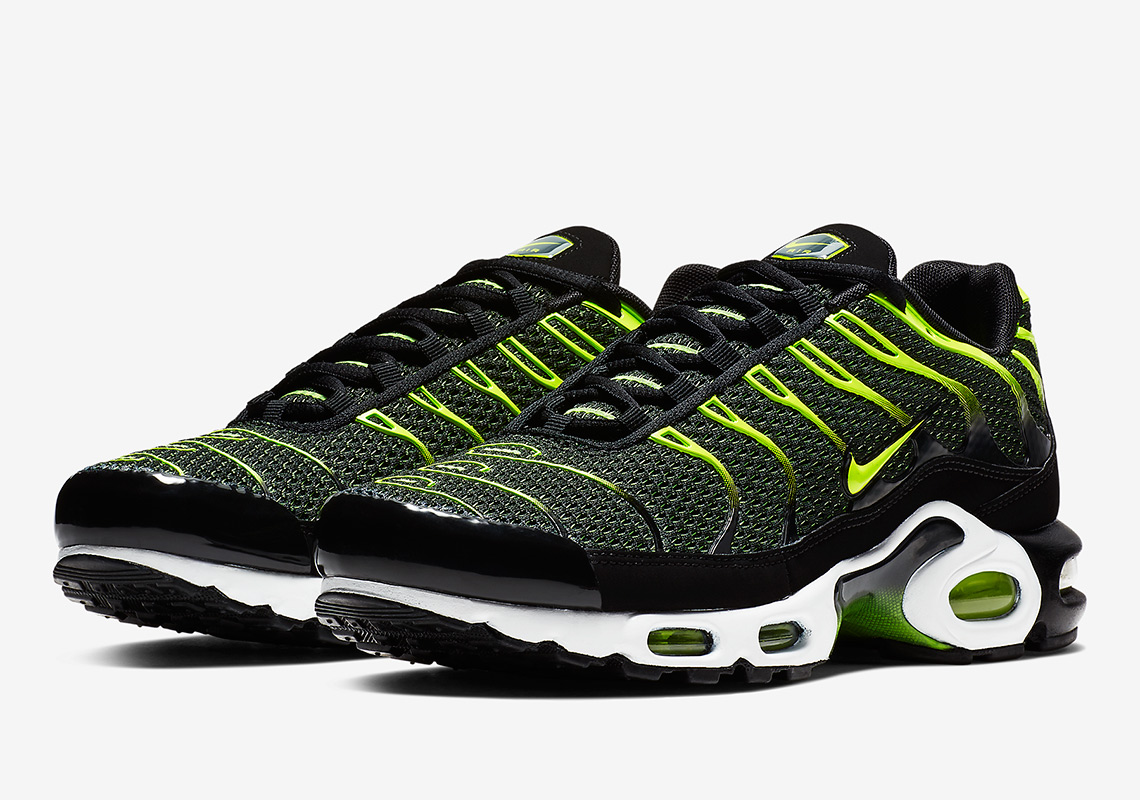 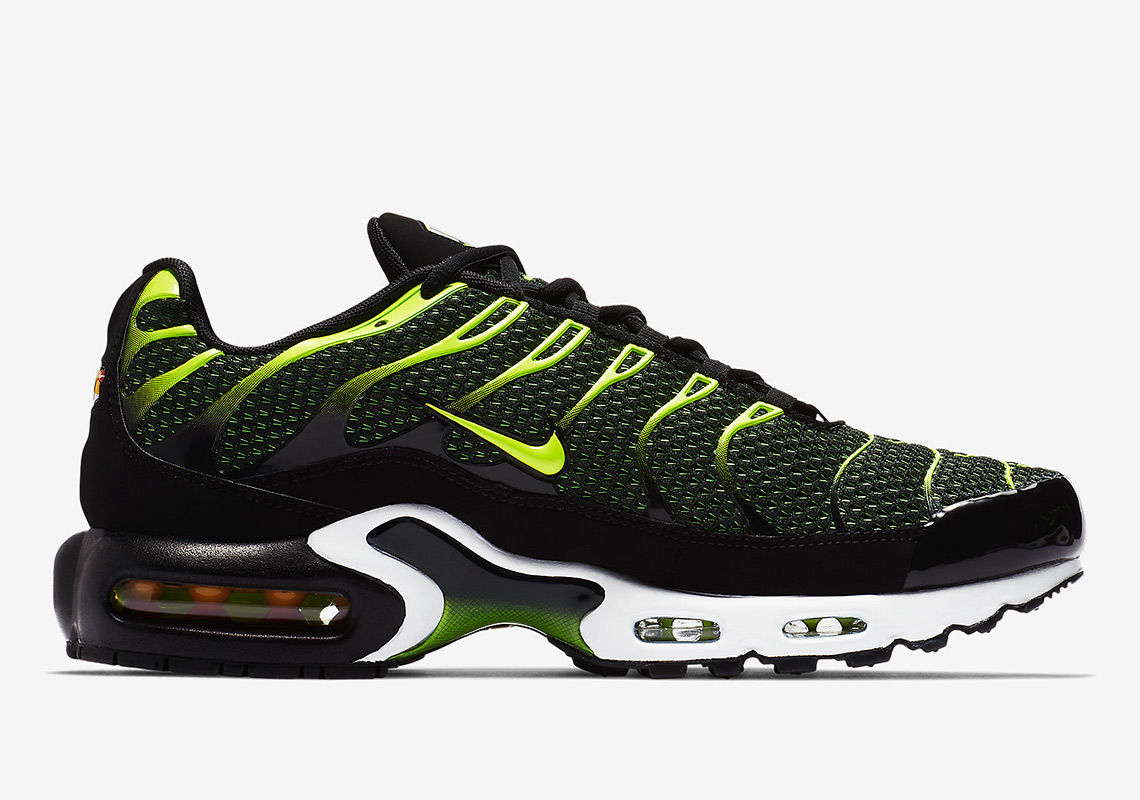 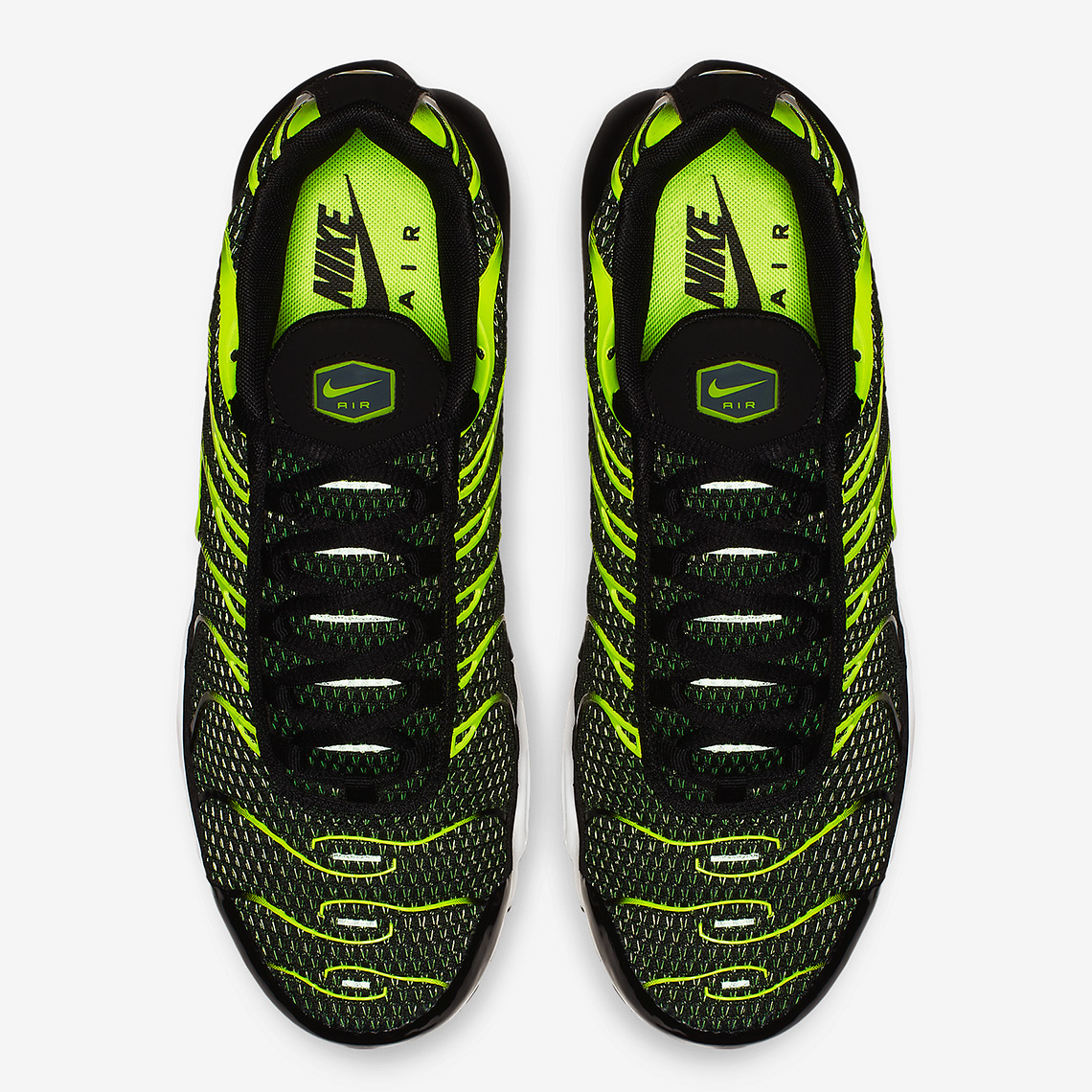 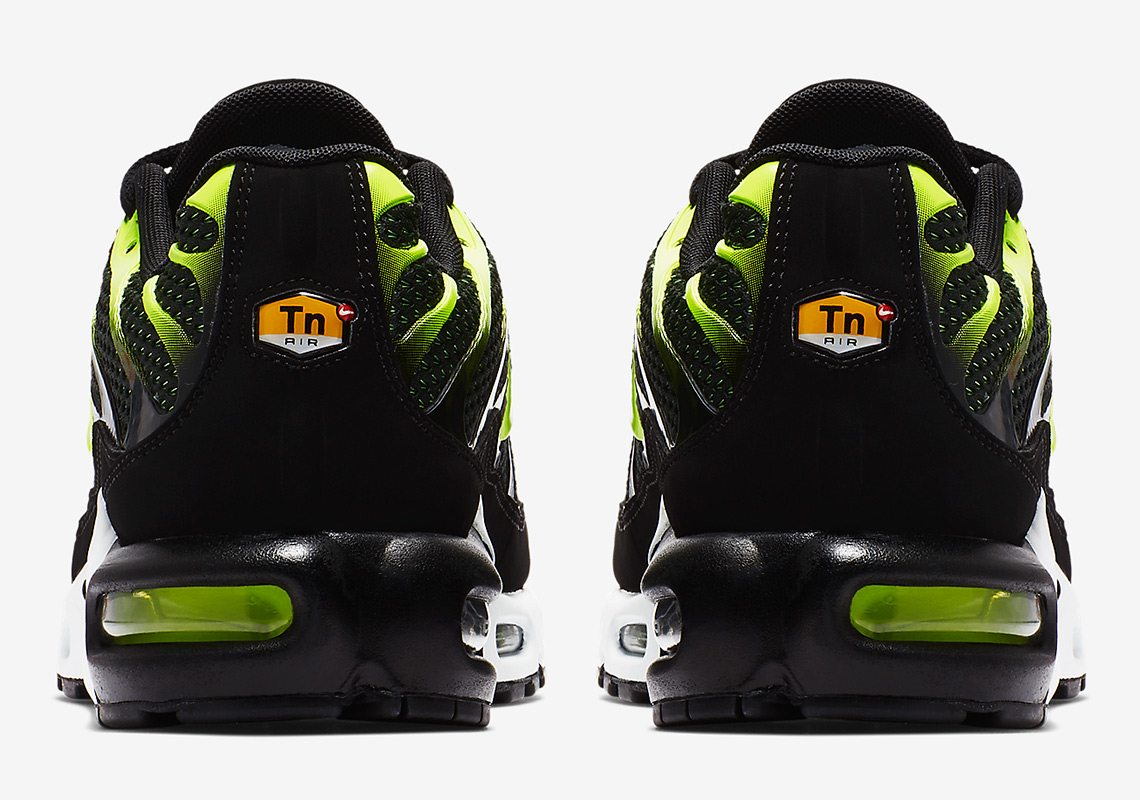 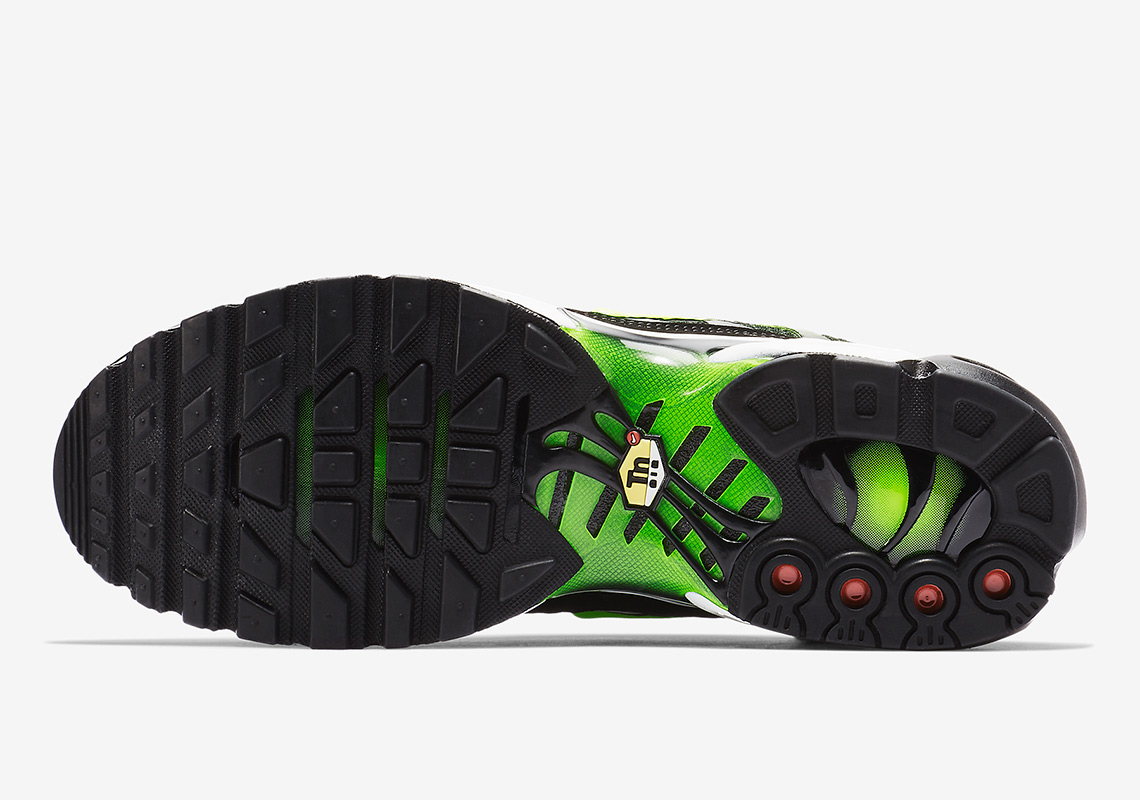