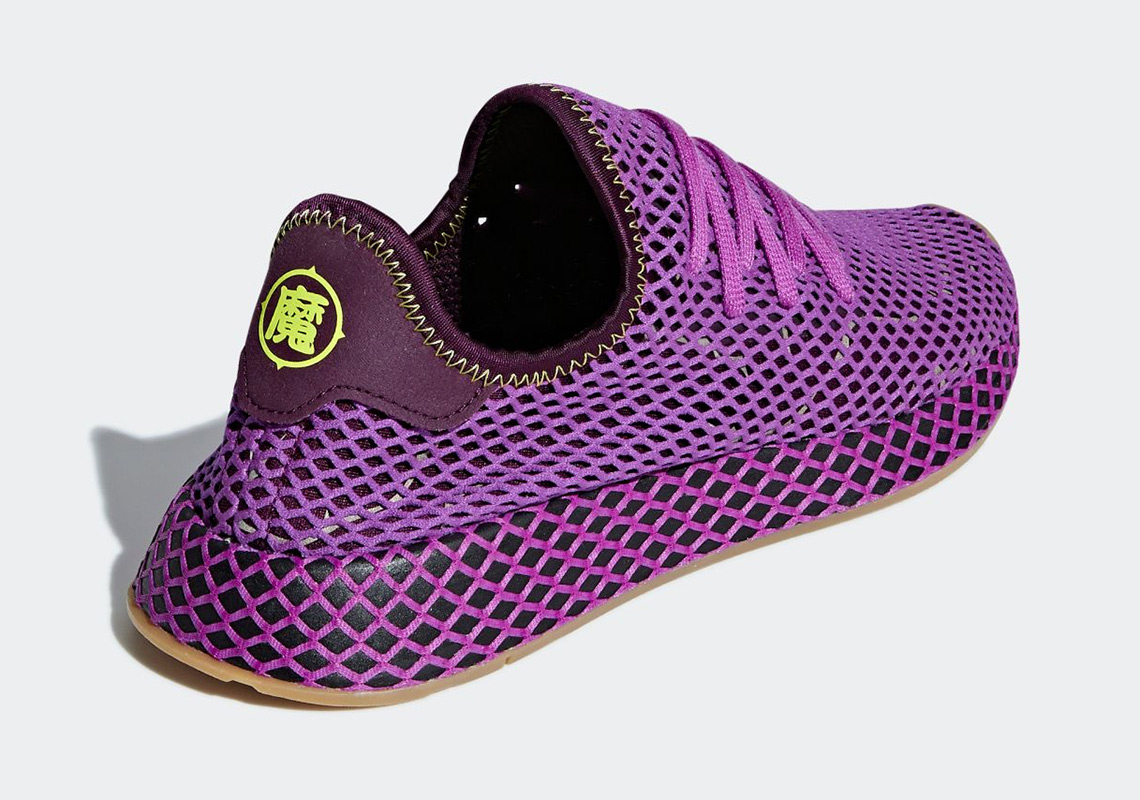 Keeping the adidas Dragon Ball Z train rolling, the Three Stripes is set to follow up its first collection of collaborative drops with another two-piece set paying homage to another duo of arch nemesis. Earlier this morning, you got a detailed look at Cell’s adidas Prophere, and now we are here to show you his counterpart, Gohan’s, adidas Deerupt. Done up primarily in a striking purple mesh hue meant to represent the color of his gi worn throughout the majority of the series, this highly detailed offering is a perfect nod to Goku’s eldest son. Yellow – resemblant of Gohan’s glowing blonde hair – dresses up this iteration’s midsole, stitching, and the Japanese character that takes shape on its heel. A revered gum bottom sole unit completes this honorary look with a classic touch. Just like the other two Dragon Ball Z shoes hitting shelves this weekend, this iteration’s box is another integral cog in the seven-piece puzzle that makes this capsule a must have for avid collectors and fans of the anime series. No word regarding the official release of Gohan’s Deerupt has been reported just yet, but enjoy a detailed look below and expect them to hit retailers next month alongside Cell’s Prophere. 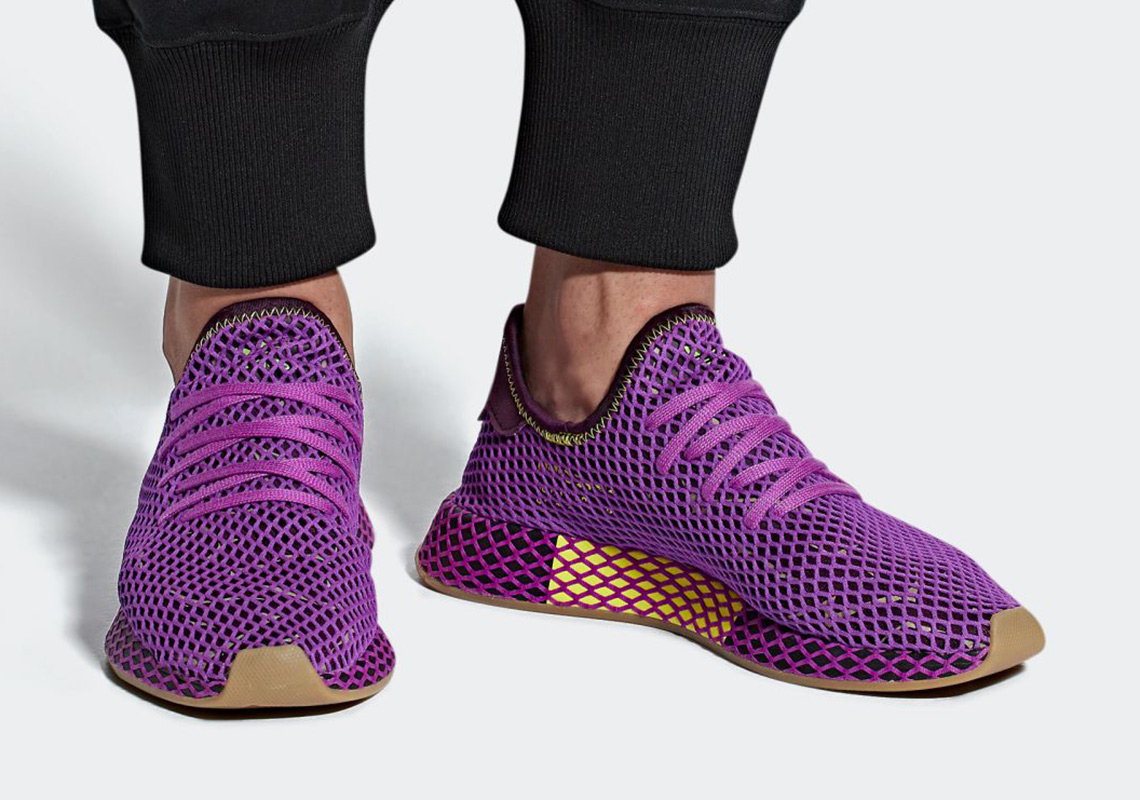 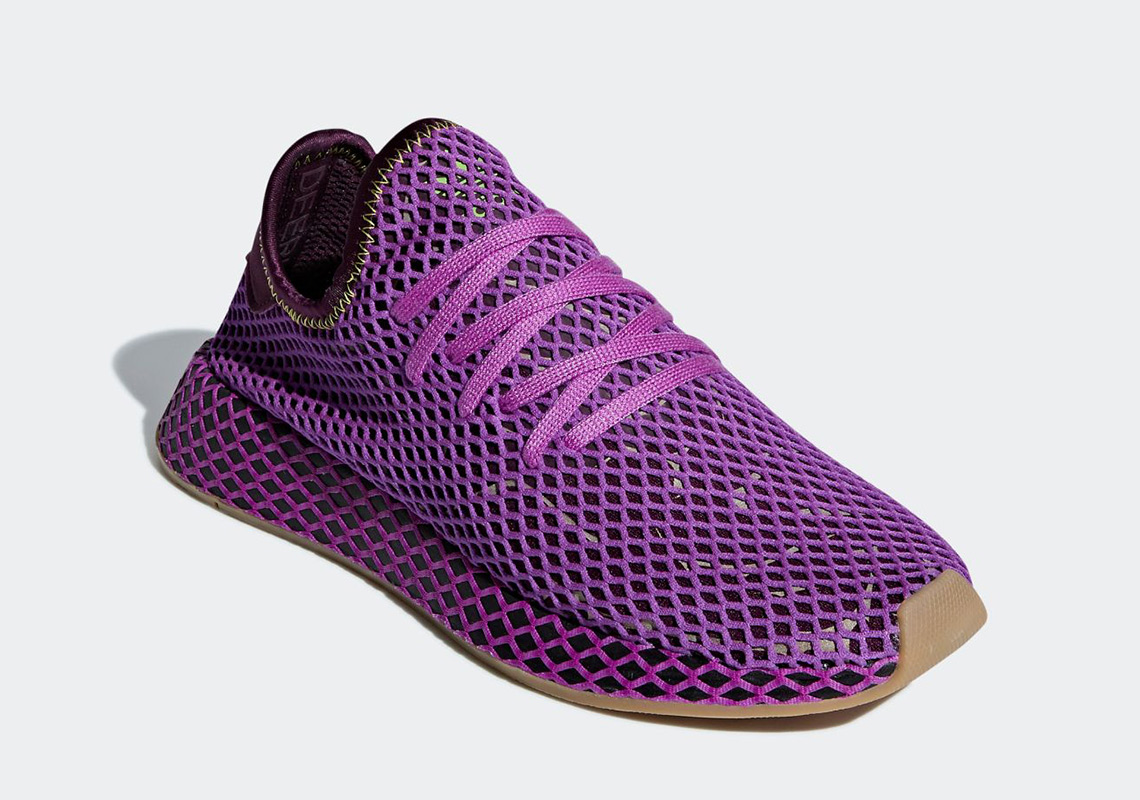 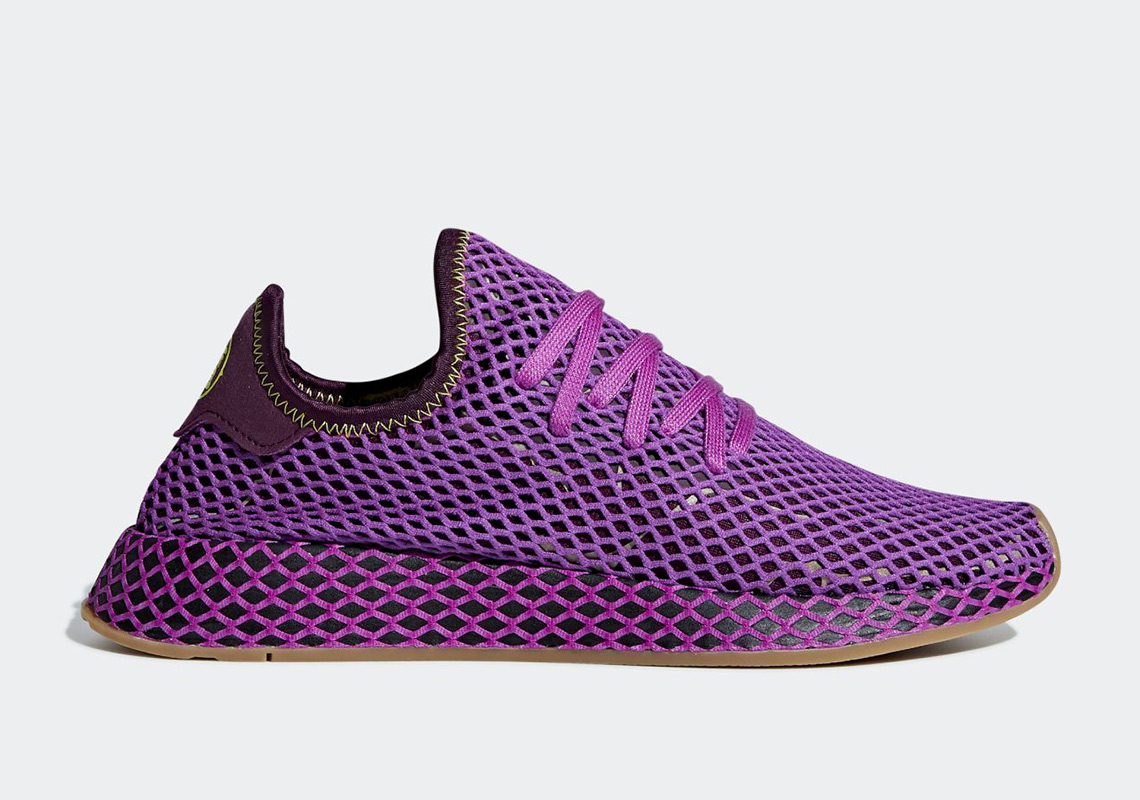 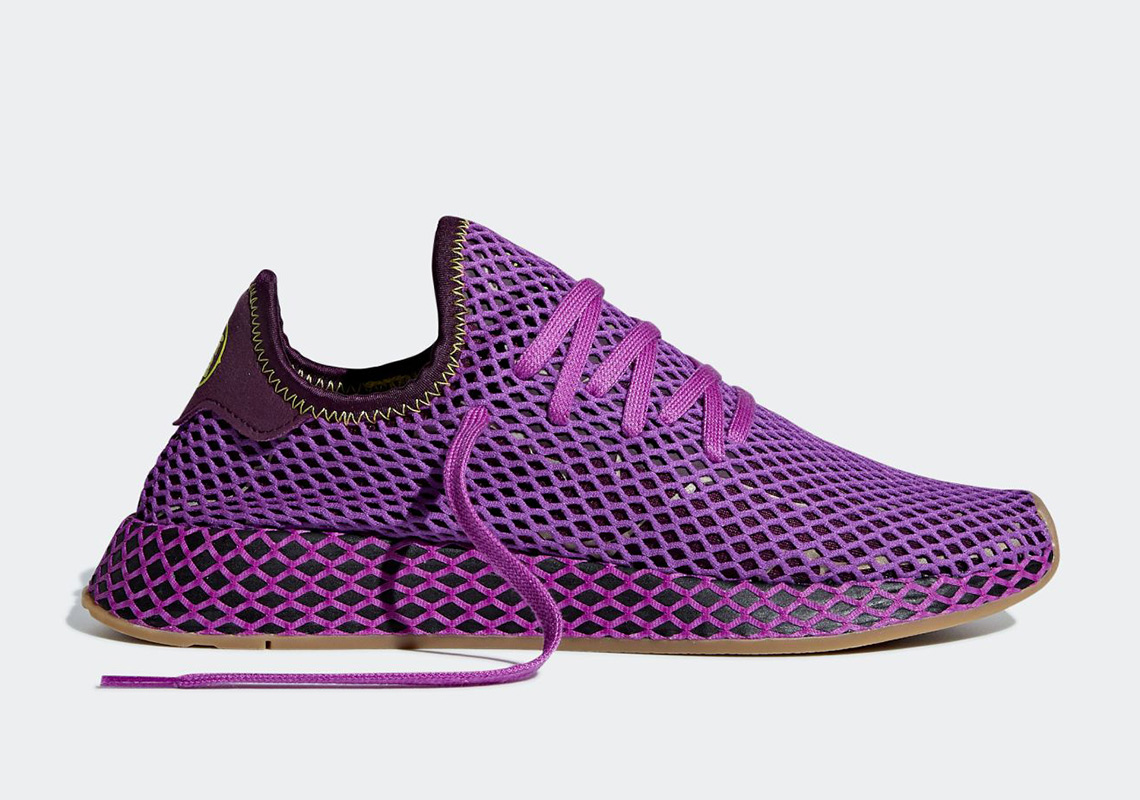 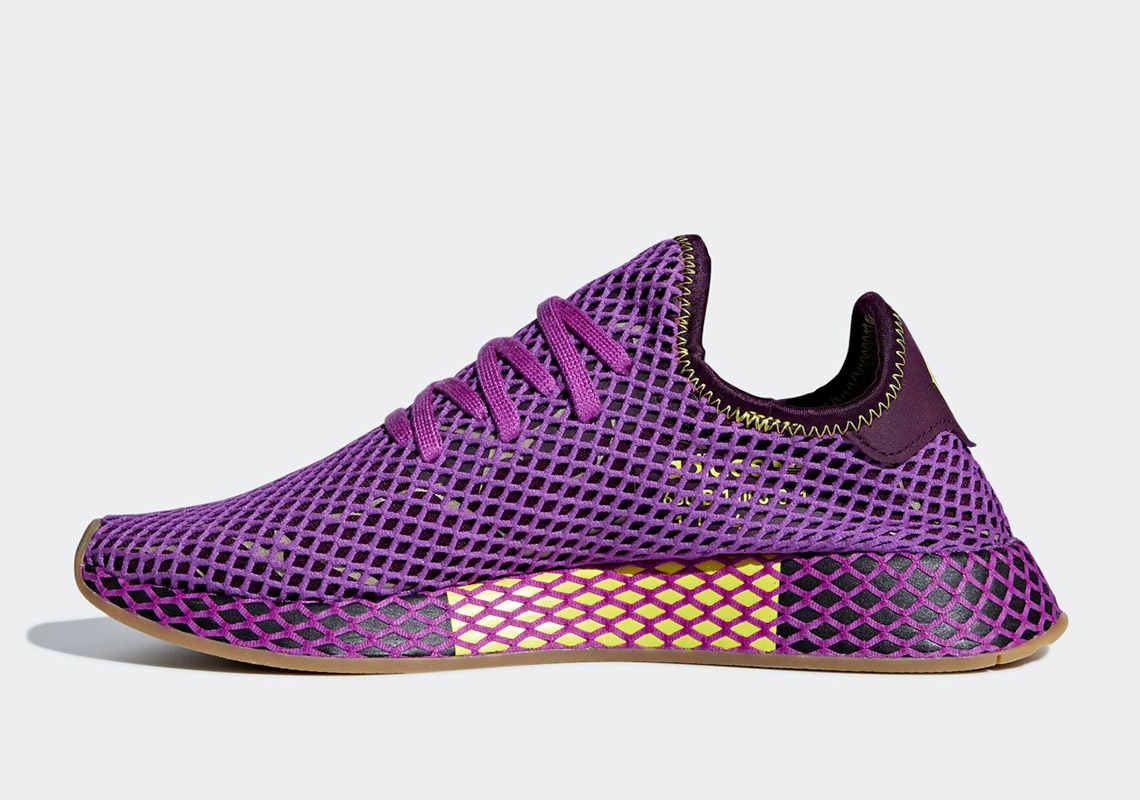 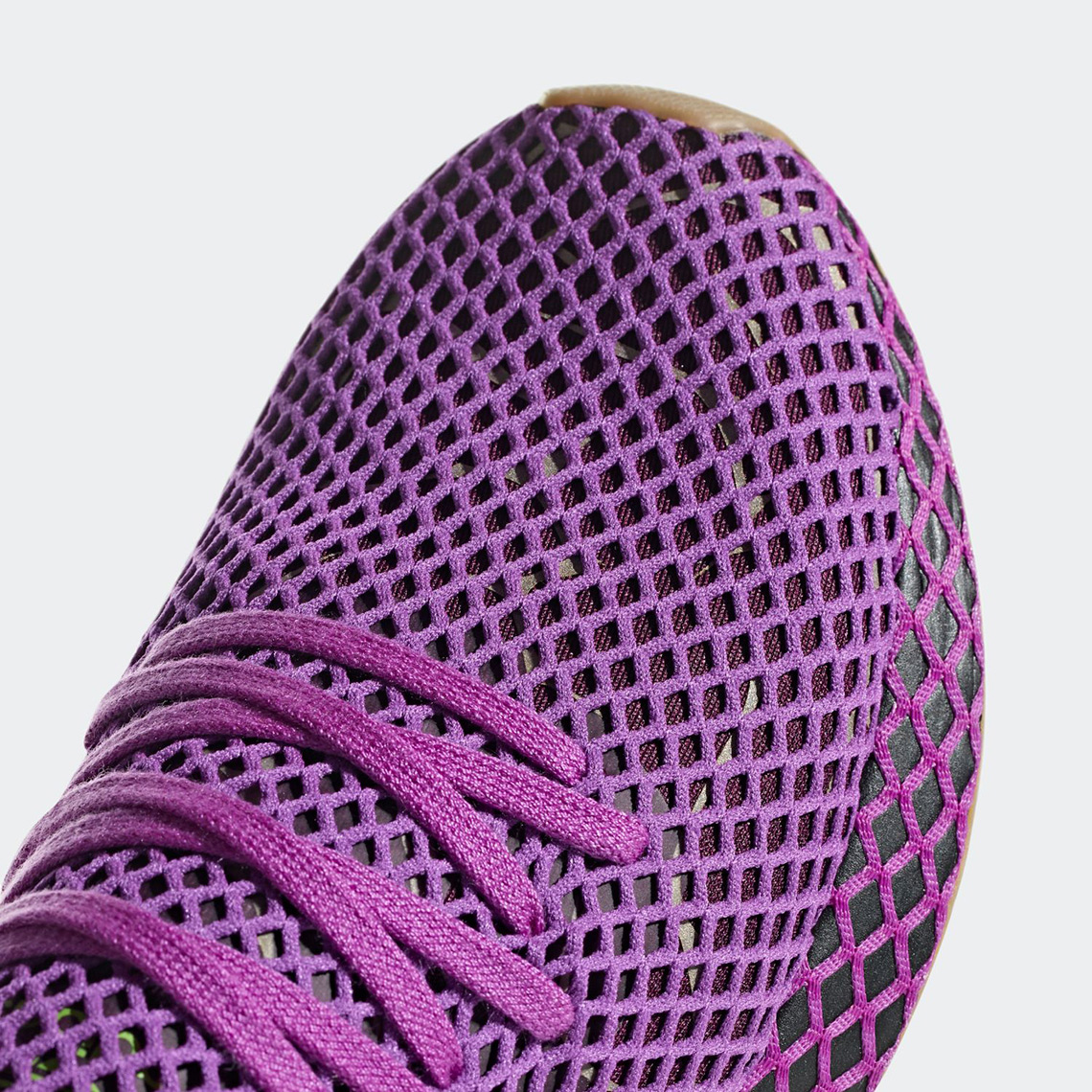 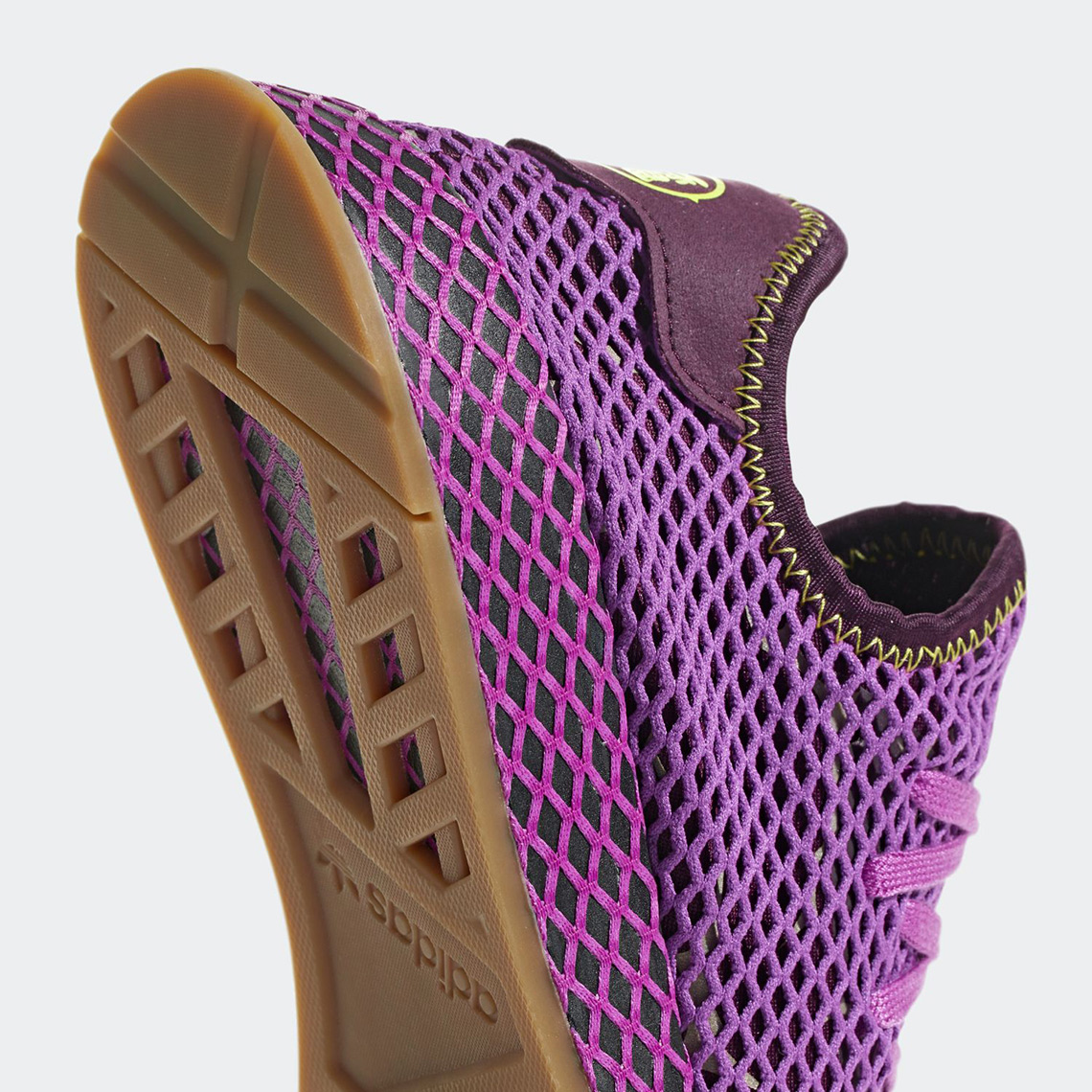 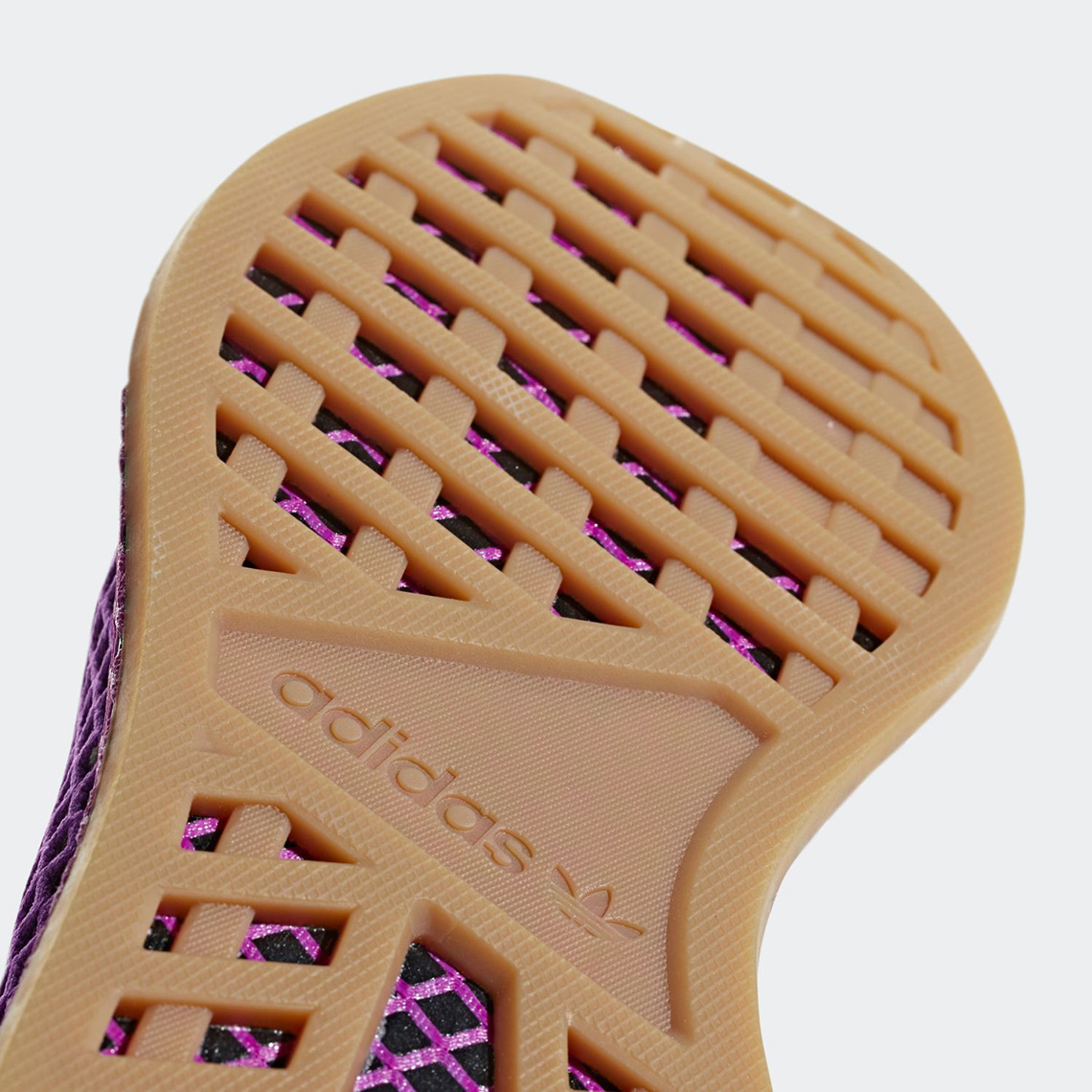 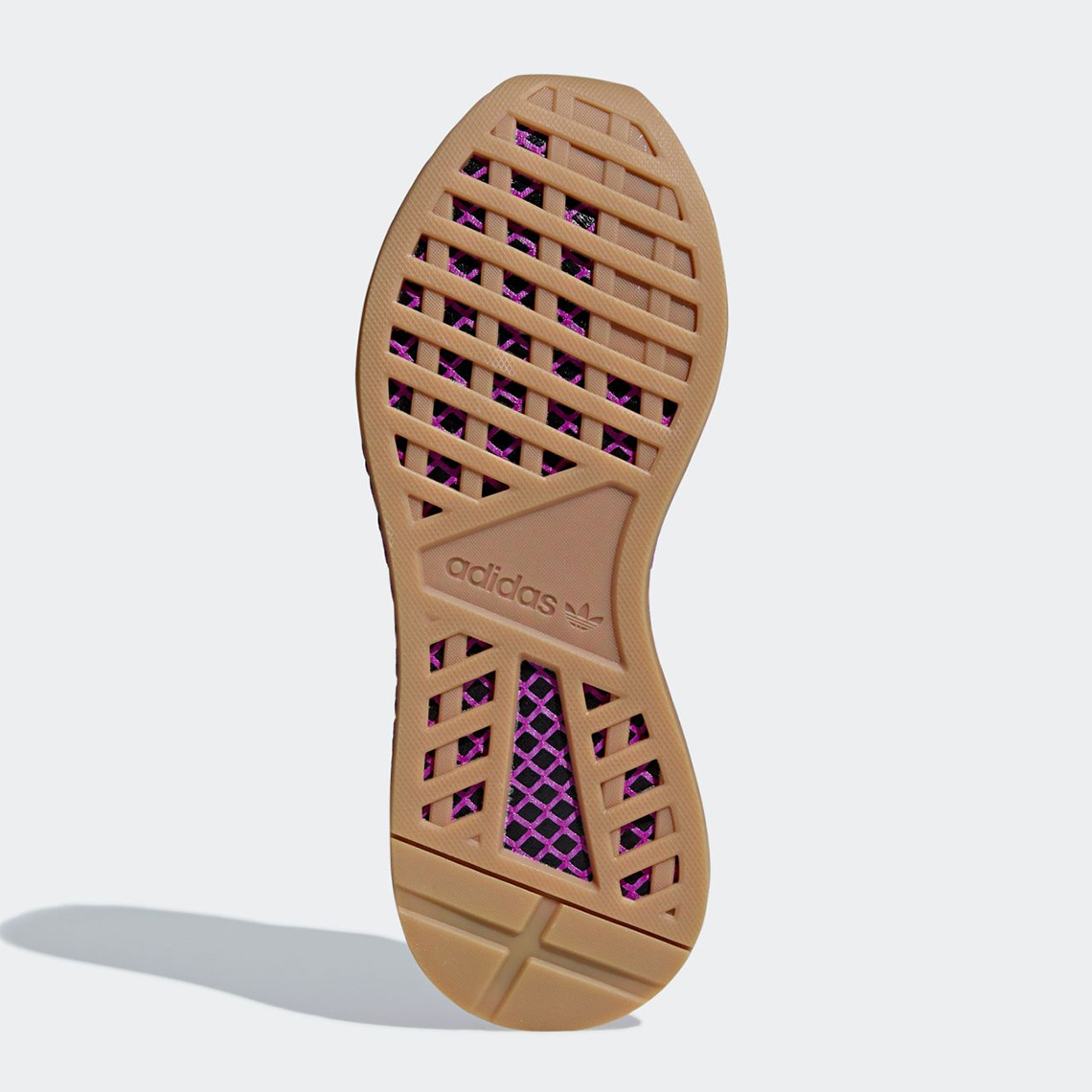 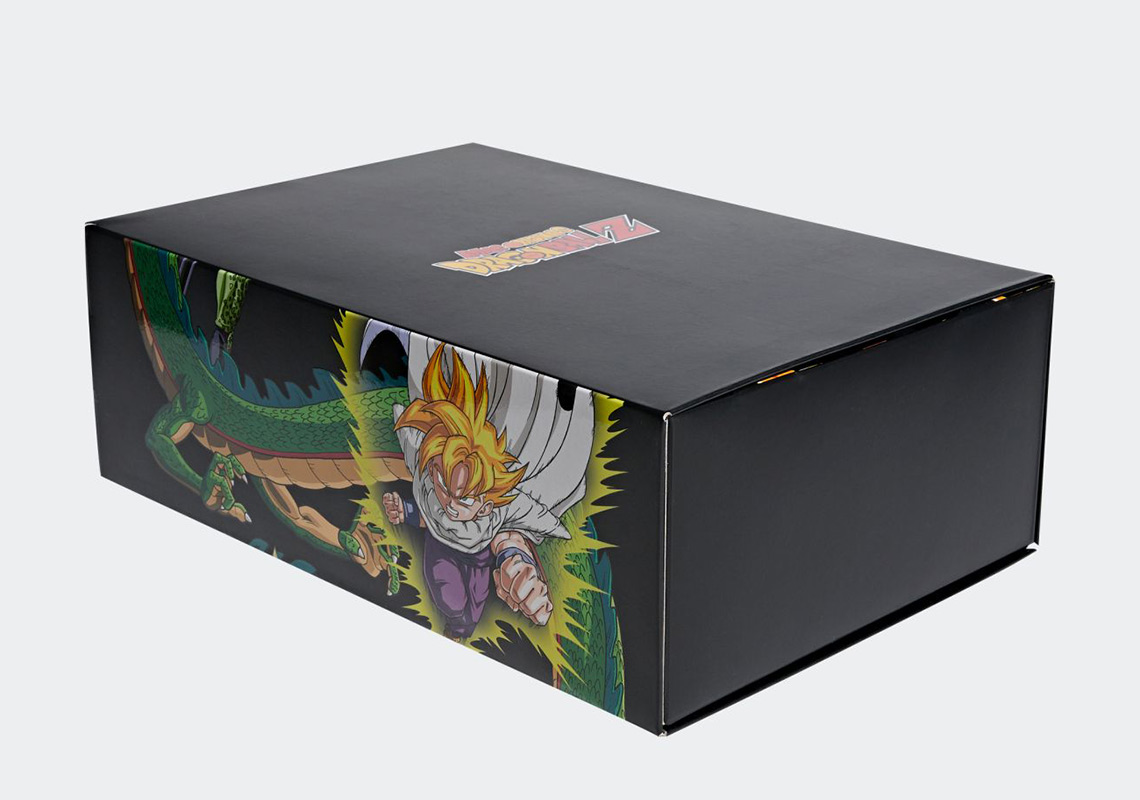