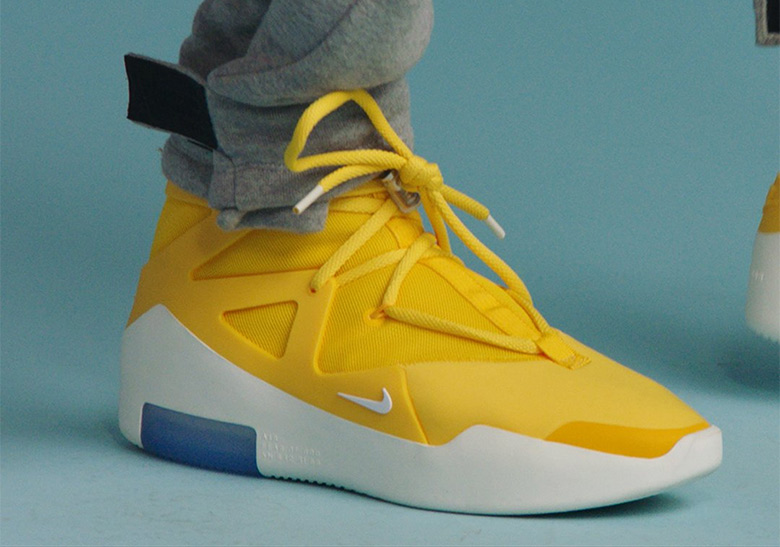 The Nike Air Fear Of God 1 Revealed In Yellow

Fear Of God frontman, Jerry Lorenzo is one of the most highly touted creators in the sneaker industry, lending his luxurious aesthetic to many a sneaker the likes of the Vans Mountain Edition and the Converse All Star. His esteemed creativity has caught the eye of the higher ups at Nike, leading to his very own collaborative Swoosh Brand shoe, the Air Fear Of God 1. Carrying a similar vibe to many of his own label’s offerings, the Air FOG 1 displays a military boot-like construction equipped with an Air 180-inspired visible bubble and a number of new-look embellishments Lorenzo can call his own. In a recent interview with Complex and John Mayer, Lorenzo debuted an unseen yellow colorway of his first foray with the Beaverton Brand that boasts creamy white elements and the same icy blue Air unit to offset its canary-colored upper. While no release information for this new FOG 1 color has been reported yet, the new silhouette is expected to make its debut on December 4th with an MSRP of $395 USD.