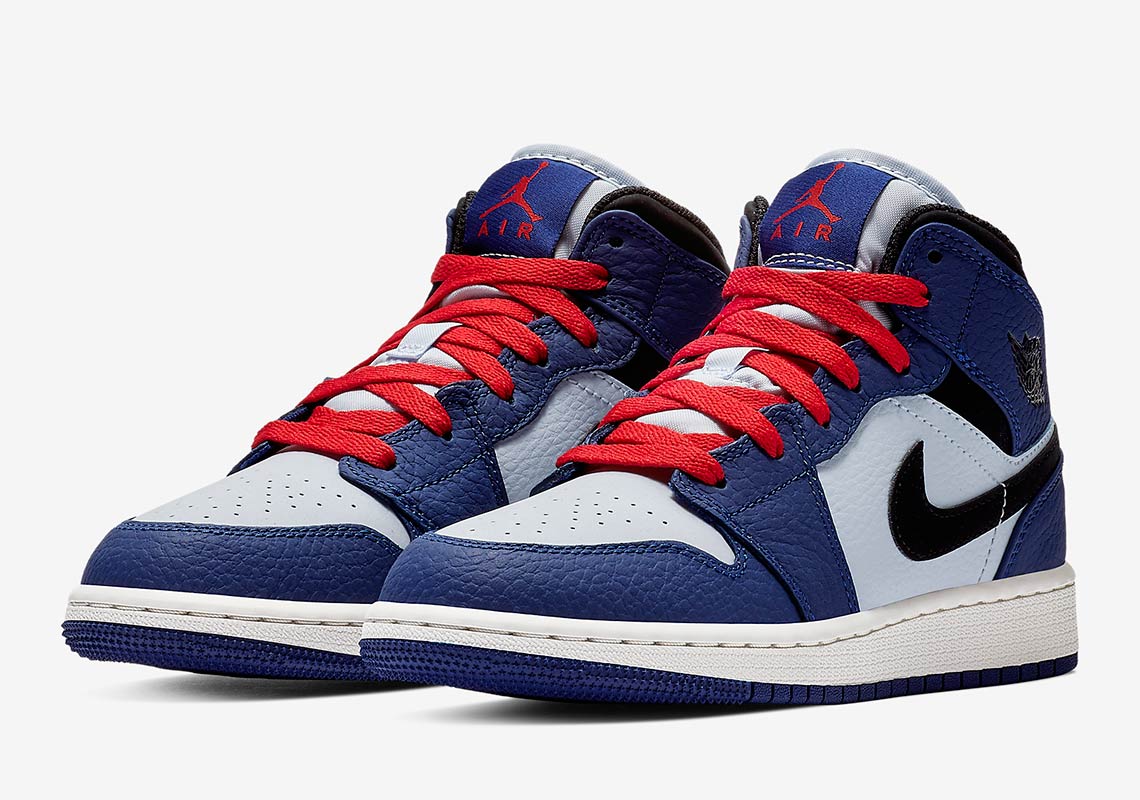 With the new “Spider-Man: Into The Spider-Verse” animated movie in theaters and Spidey’s special Air Jordan 1 “Origin Story” garnering interest among sneakerheads and comic book fans alike, the popular wall-crawler is enjoying a bright moment in the spotlight. Jordan Brand isn’t stopping at just one pair of Spidey sneakers either: a grade school-sized Air Jordan 1 Mid that calls upon alternate Spider-Verse style colors is set to drop soon as well. Calling more upon blue hues than red tones, the new Mids present a look that’s halfway in between a “Origin Story” and a “Game Royal” AJ1, using blue leather on the overlays, white leather on the underlays, and pitch-black leather for the Swoosh and collar. Red isn’t entirely absent though, as the laces and tongue branding both feature pops of hot crimson. An official release date has not yet been announced for these web-slinger style sneakers, but you can expect them to arrive on Nike.com soon for an even $90 USD. 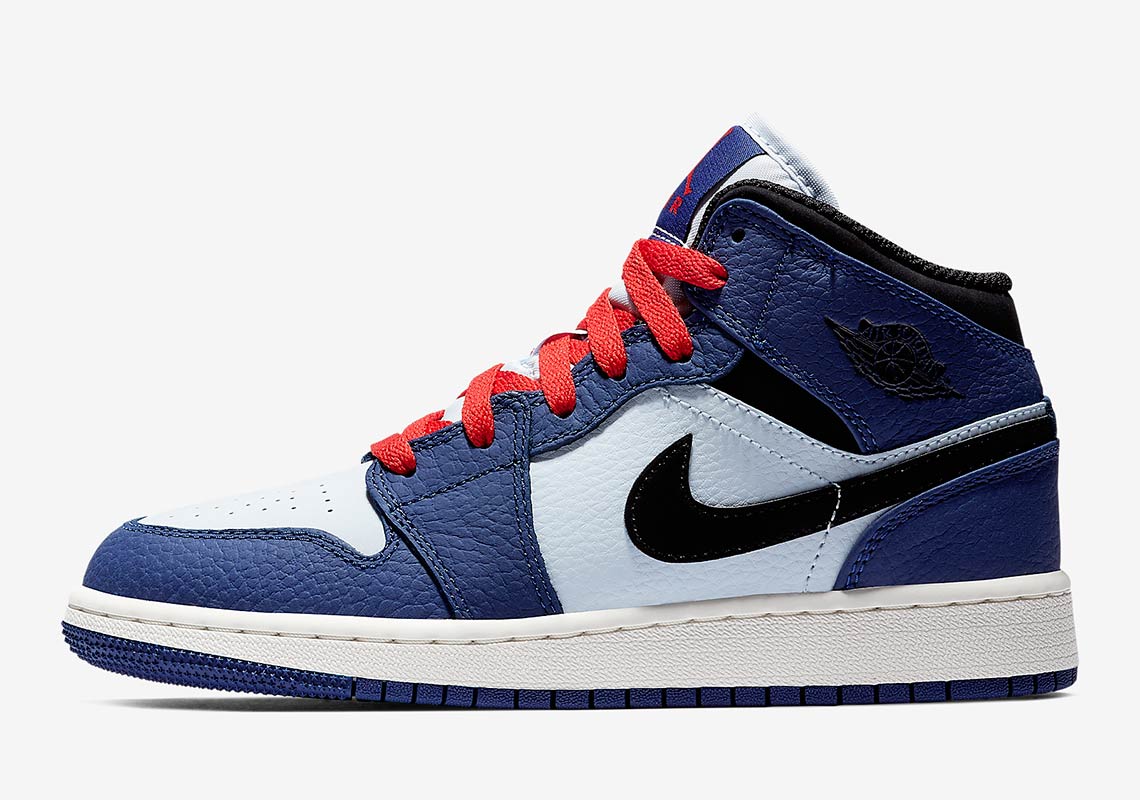 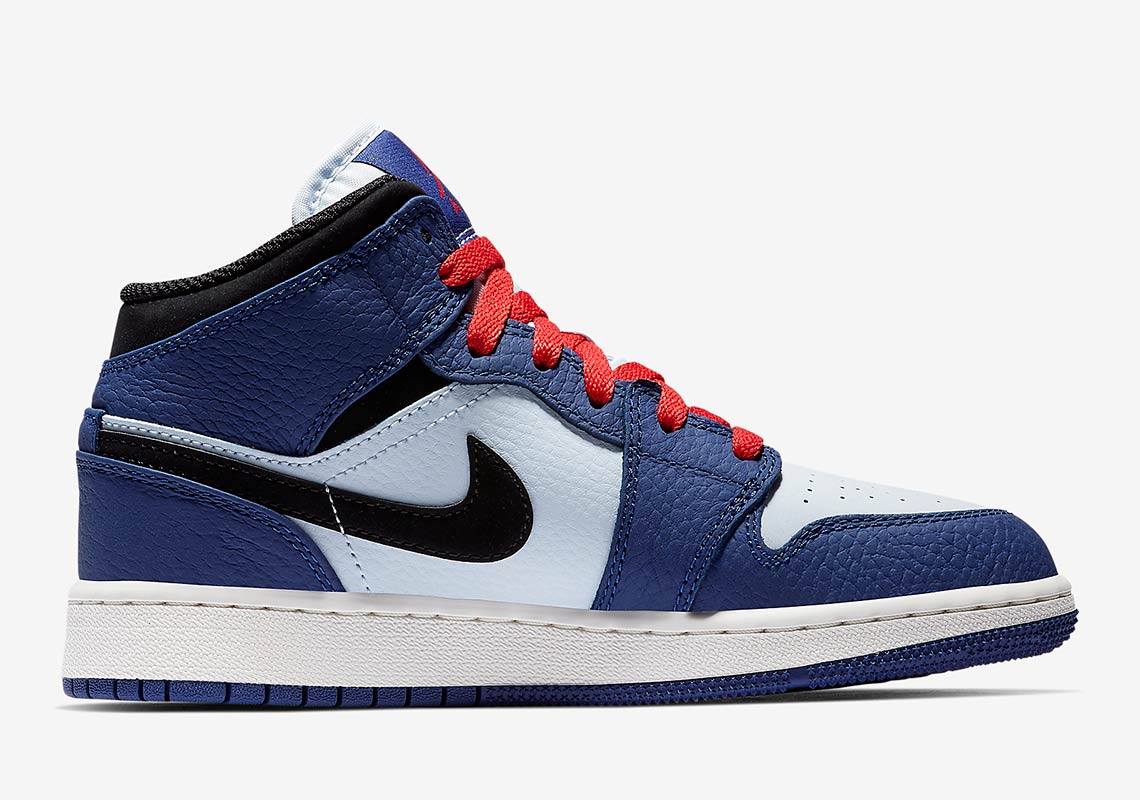 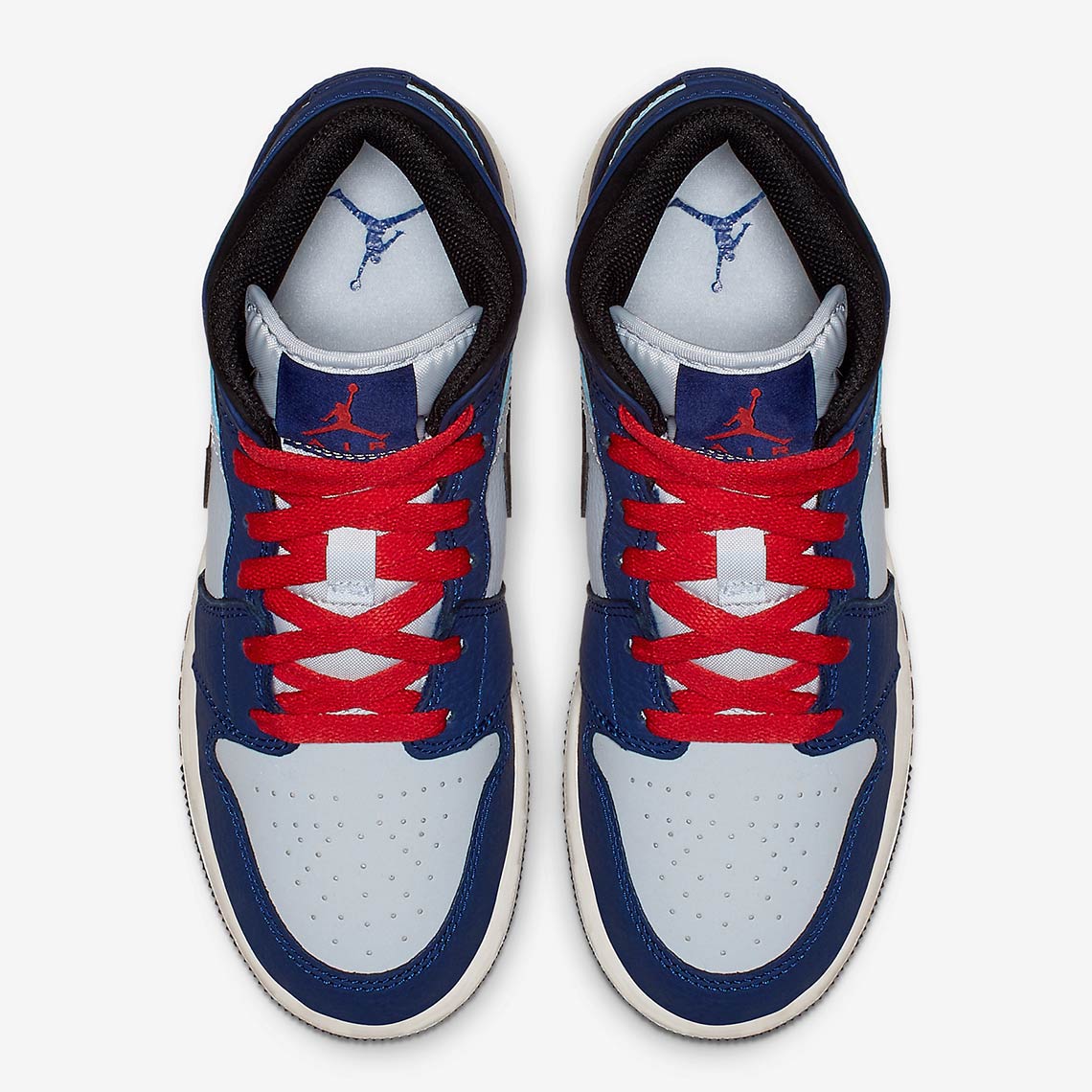 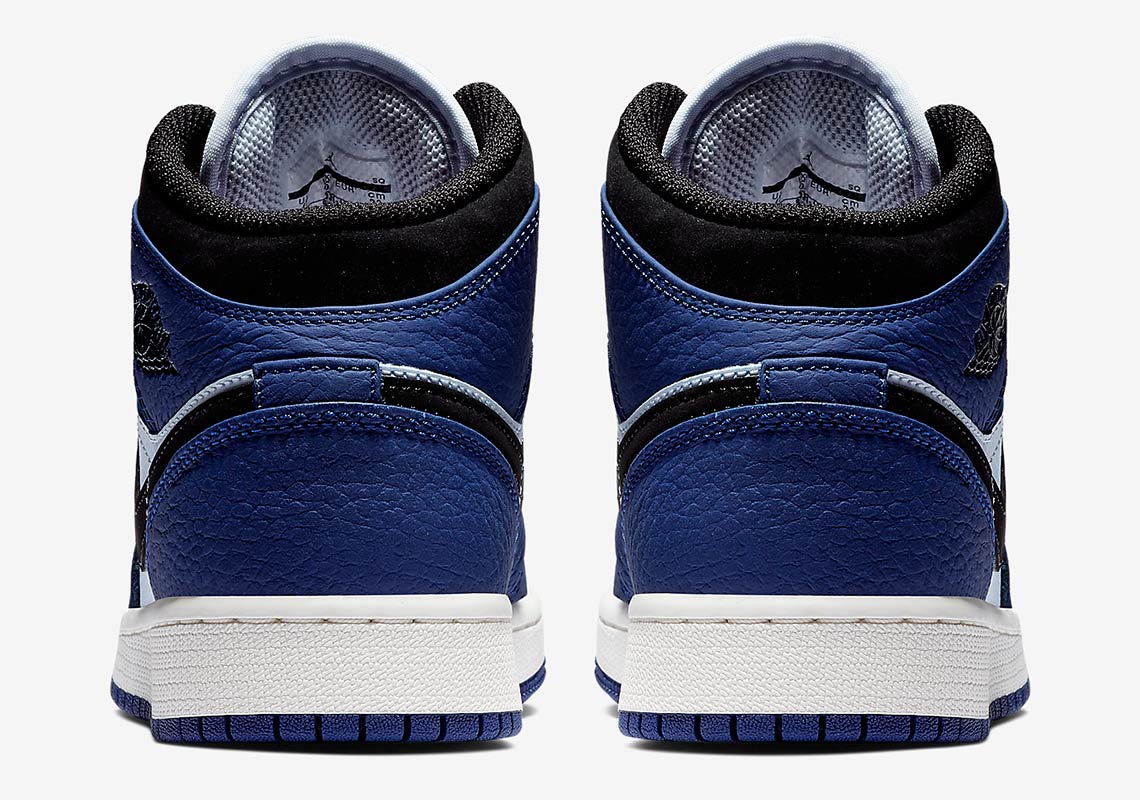 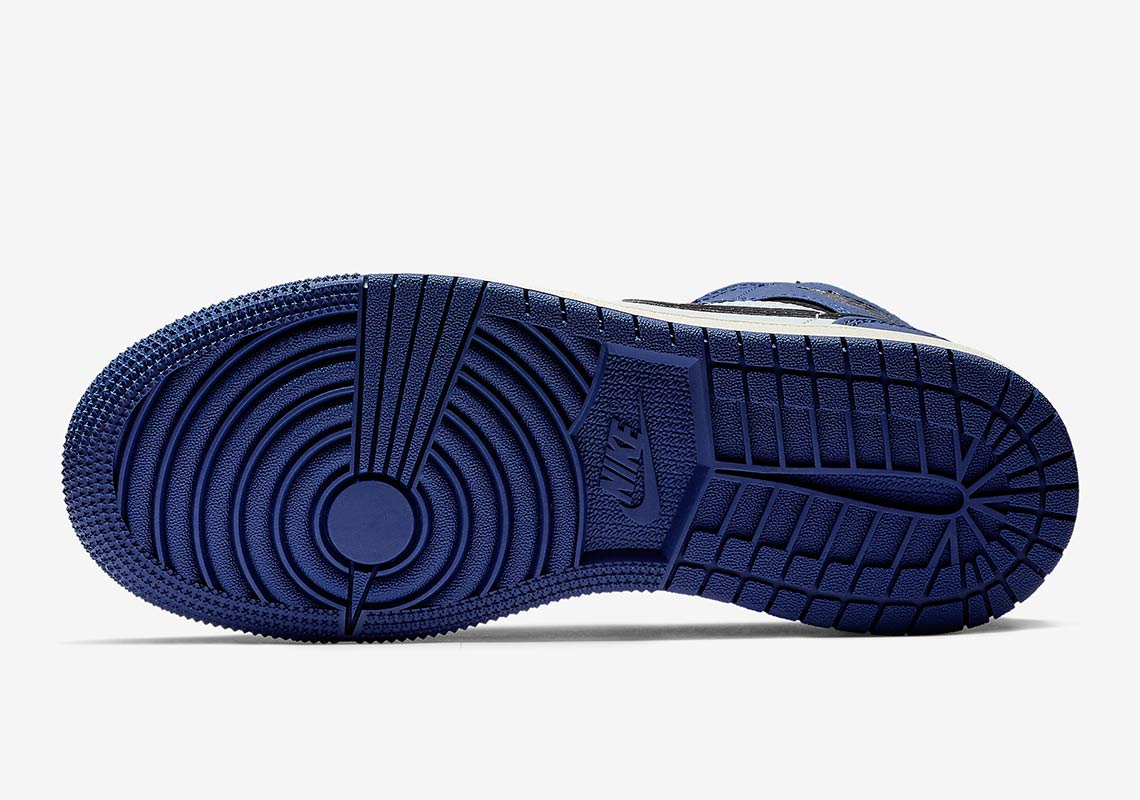