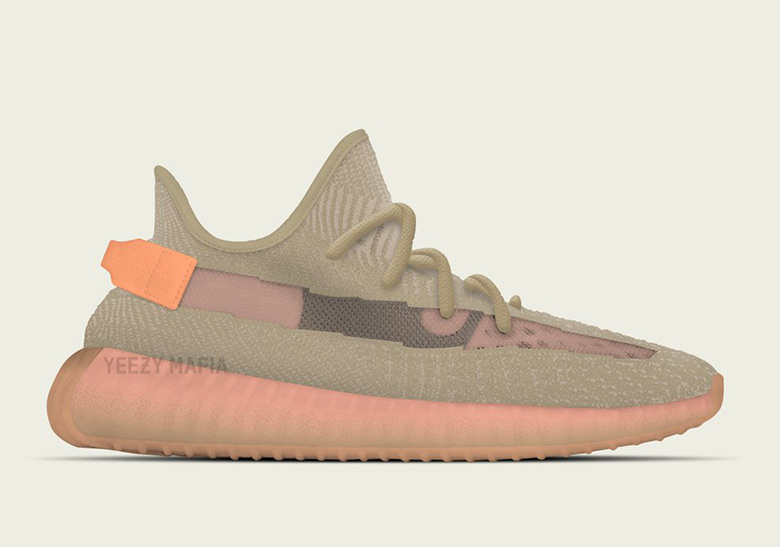 Over the last few weeks, it has become apparent that much of Kanye West and his adidas Yeezy sub-brand’s plans for 2019 will revolve around the Yeezy 700 and the Yeezy 700 v2 silhouettes. While that may be the case, it is a near certainty that the most popular adidas Yeezy Boost 350 v2 model will have plenty to say for itself over the next 12 months, and today we have a first indication of what is to be expected, courtesy of the Yeezy Mafia. Much like the two Static-colored 350s that released in December, the upcoming “Clay” variety you see pictured here equips a translucent midfoot stripe that acts as a window to the inside of the shoe, revealing some of its inner layering. Beyond that, its Primeknit upper ushers in an earthy brown like-tone, while its heel tab, chiseled midsole, and part of that aforementioned inner layer boasts a tone more liken to its Clay namesake. It is expected that this Yeezy 350 will release in some sort of special manner, so grab a first look at the new colorway above and stay tuned for updates as they become available.