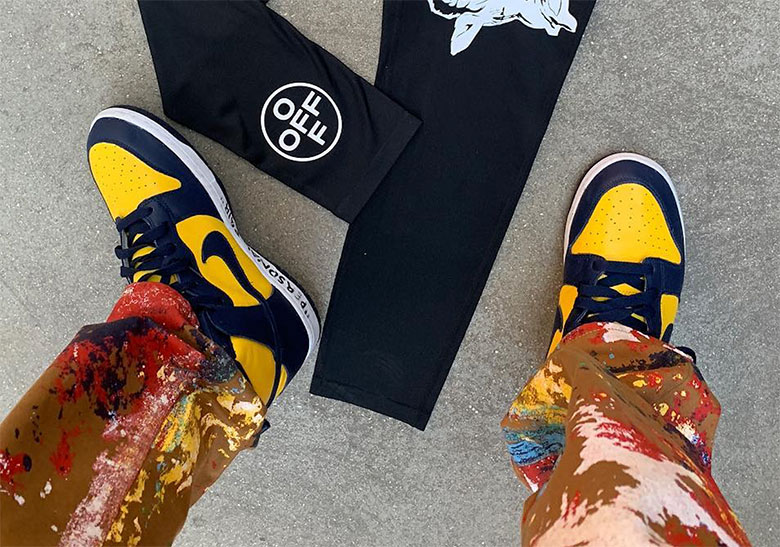 Since the Off-White x Nike The 10 collection came to a screeching halt with the release of the Air Max 90s in February, there’s been somewhat of a dearth of updates on this highly successful partnership. While we are certainly aware of the women’s running collection that’s set to drop this Summer, sneaker info leaker pyleaks reports that Virgil’s luxury street label will collaborate with the Swoosh once more on three colorways of the Nike Dunk Low this October. The Louis Vuitton figurehead has indeed been heavy on the Dunk wave in 2018 as he was spotted in select styles such as the “Viotech” version, which caused a massive spike in resell value, so this only benefits the brand’s eventual (and proper) re-launch of the silhouette.

Based on the color information that’s been revealed, they seem similar to the original college team-inspired Be True To Your School colorways of the mid-80s such as the Michigan (University Gold/Midnight Navy/White) and UNLV (University Red/University Red/Wolf Grey). A third White/Pine Green/White could possibly be presented with a simple color-block as well. However, Abloh’s track record likely points to a wild remix of the shoes on some level – perhaps a “deconstructed” take with more exposed mesh, transparent overlays, and wayward logos. Stay tuned for details.