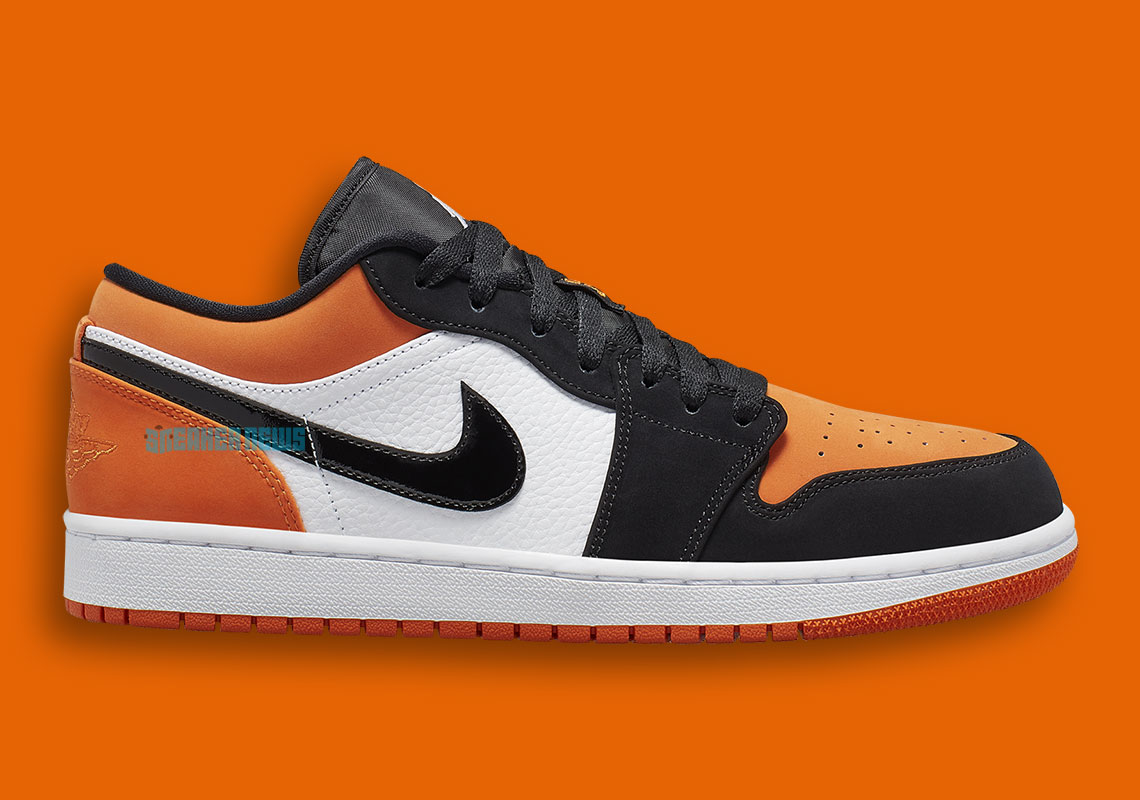 The Air Jordan 1 “Shattered Backboard” is one of the most highly regarded non-OG AJ1 colorways ever, and now it’s set to grace a low-top for the first time ever, as the Air Jordan 1 Low has been revealed in the familiar combo of black, white, and orange. Inspired by the uniform Michael Jordan wore during a Nike-hosted 1985 charity game in Italy where he destroyed a backboard with a ferocious right-handed dunk, the shoe’s colorblocking mimics the high-top version to a T. Orange adorns the heel, collar, and toebox, while black graces the tongue, overlays, mudguard, and Swoosh, and a white quarter panel ties everything together. As is par for the course when it comes to the AJ1 Low, there are a few differences in branding, however: an orange “23” appears on the throat, a white Jumpman adorns the tongue, and a tonal ball-and-wings logo is present on the heel. The materials are also re-worked, with nubuck replacing leather on both the forefoot and heel, while the aforementioned Swoosh is dressed in a shimmering patent leather instead of a standard flat leather. A white midsole and orange outsole then complete the look. With aftermarket prices for the original SBB hovering near four figures, these low-top iterations are a more than acceptable substitute, and they’re only $90 USD to boot. Look for a rollout at retailers like Foot Locker soon, and stay tuned to our Jordan Release Dates page for a specific date as it’s available. 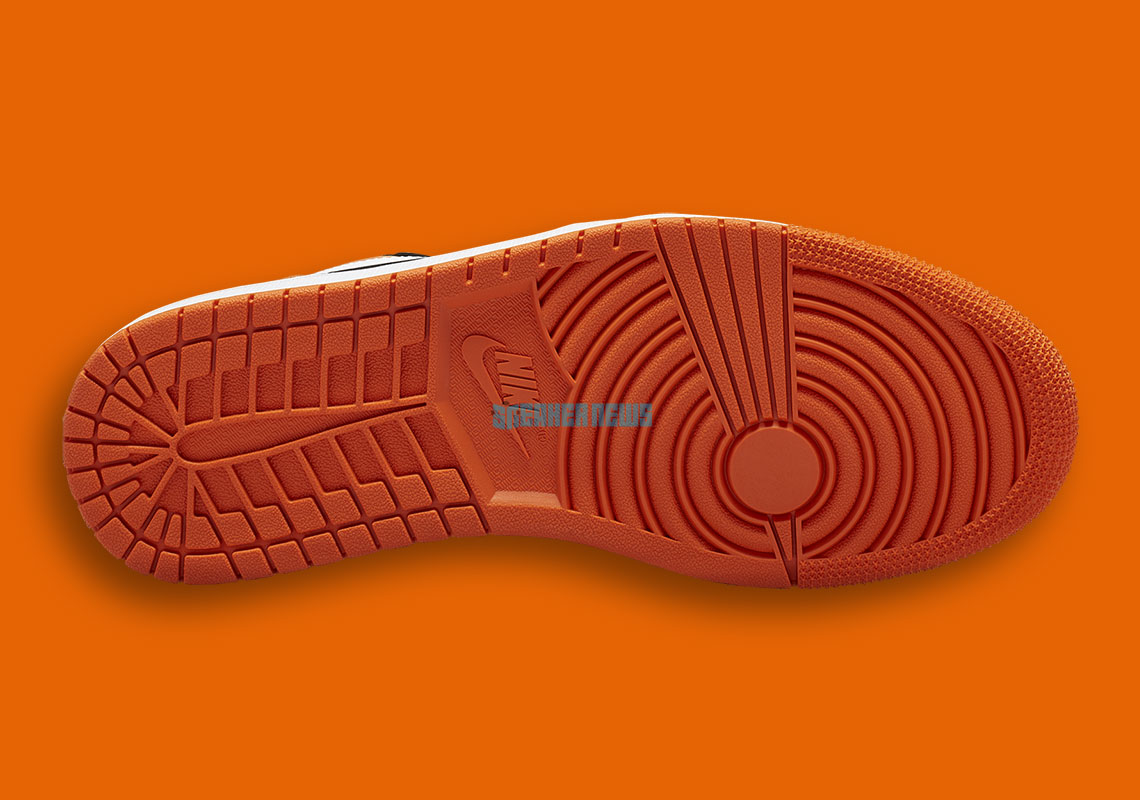