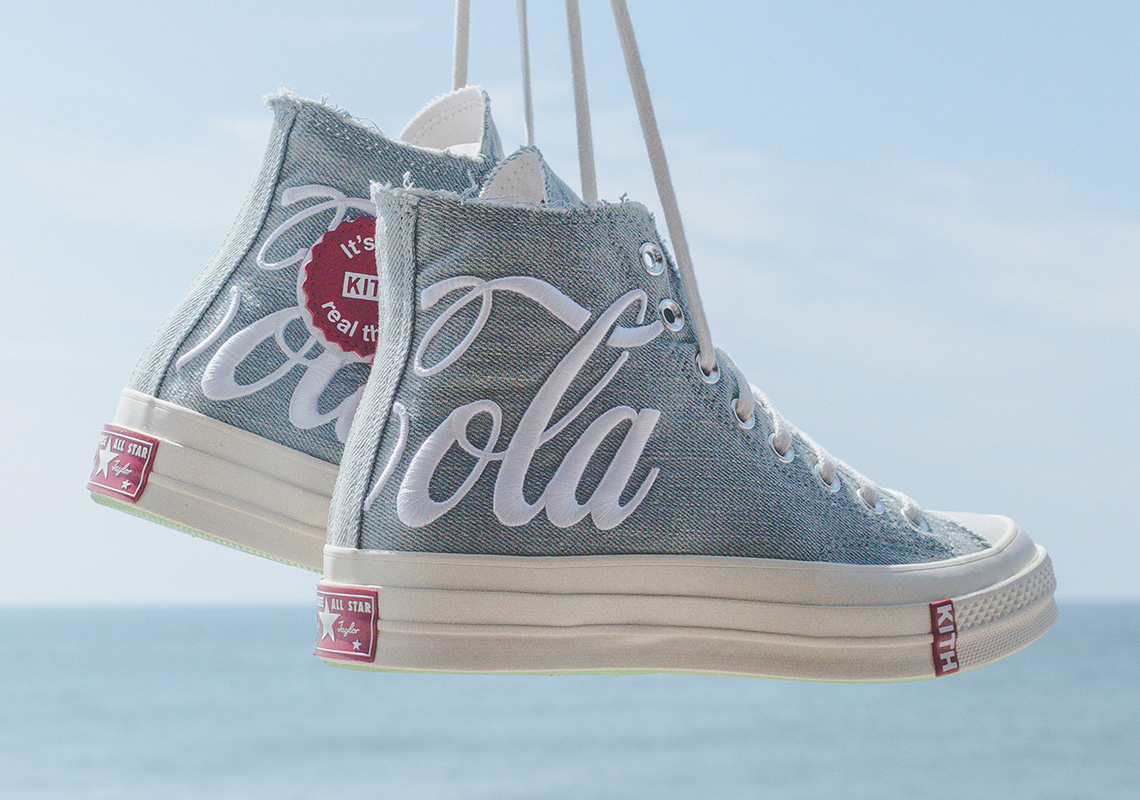 The relationship between Ronnie Fieg‘s KITH and Coca-Cola have been quite the longstanding one, with an overt passion for the soft drink arriving imbued across many a streetwear capsule. With footwear frequently lying beside the industry stalwart’s logo designs, it’s the elusive three-part collaborative, denim-constructed Converse Chuck 70 that surely still haunts after its limited Friends & Family run back in 2017. Set to release to the public for the first time, the pair is getting its most detailed display thus far, showcasing its vintage wash and distressed edges atop sandy beaches. In typical fashion, the Coca-Cola branding arrives sprawled boldly across the entire ankle in puffed embroidery while medial sides feature a removable patch in the shape of the beverage’s iconic bottle cap. Contrast foxing stripes are removed for a clean ivory face though bright red tabs and “KITH” box logos arrives plastered across the heel and forefoot, respectively, with more color adding allure by way of neon green outsoles. Grab a detailed look at the pair right here and find it at KITH locations come August 9th with a coinciding pop-up shop going down in Oahu, Hawaii. 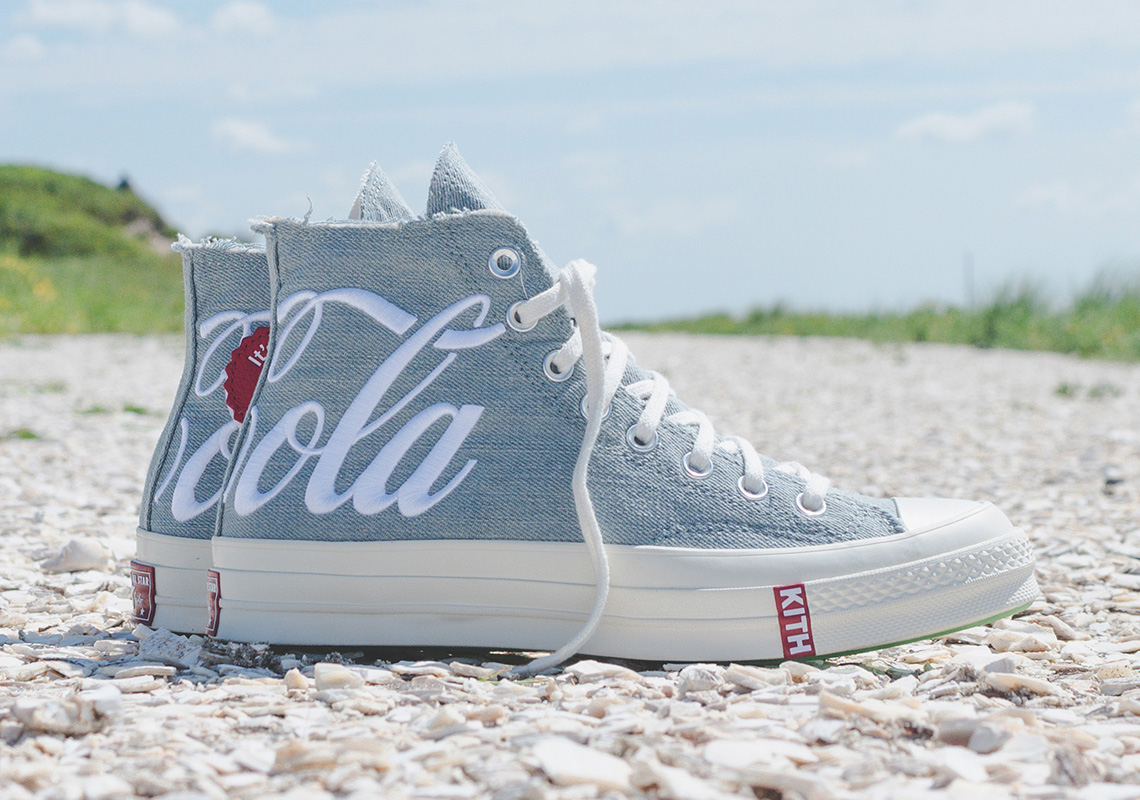 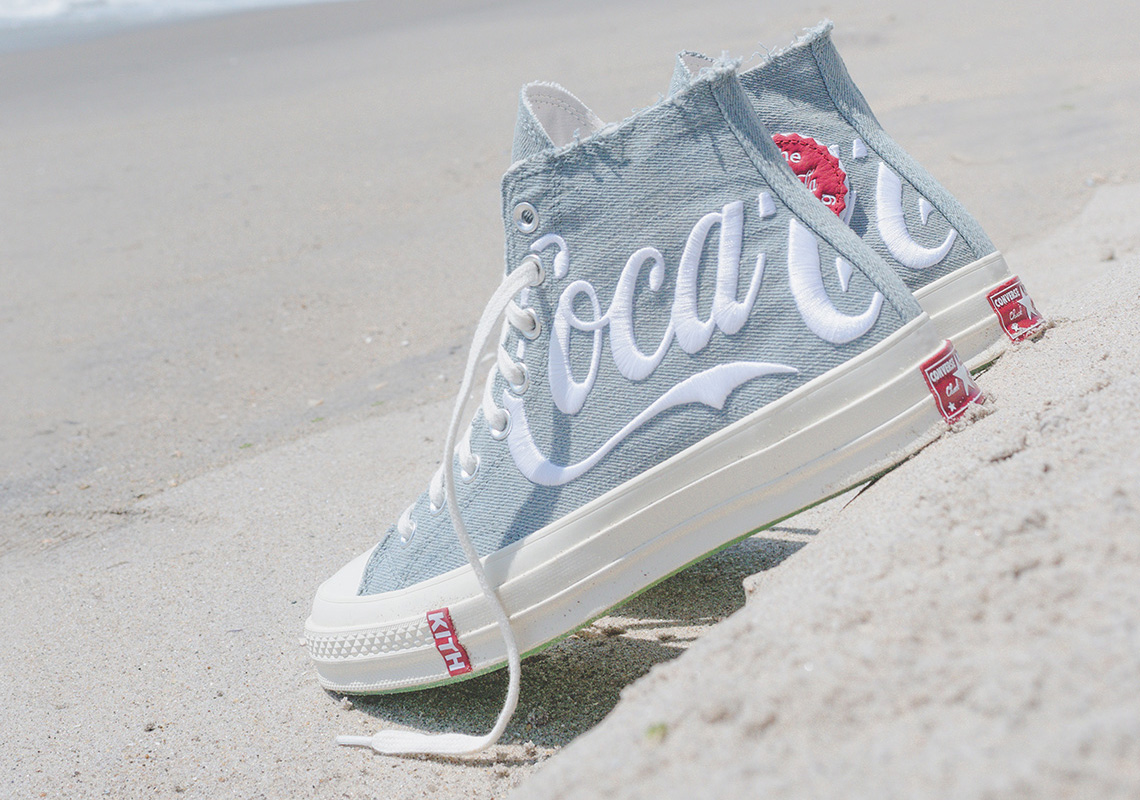 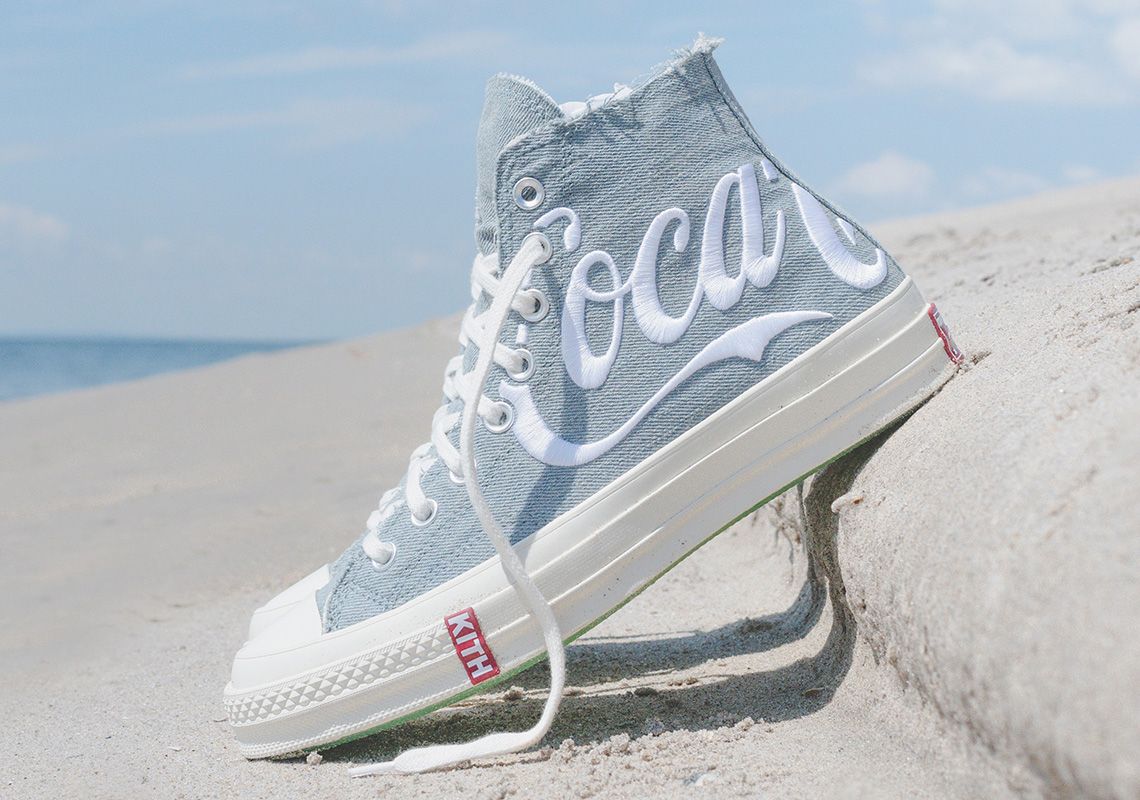 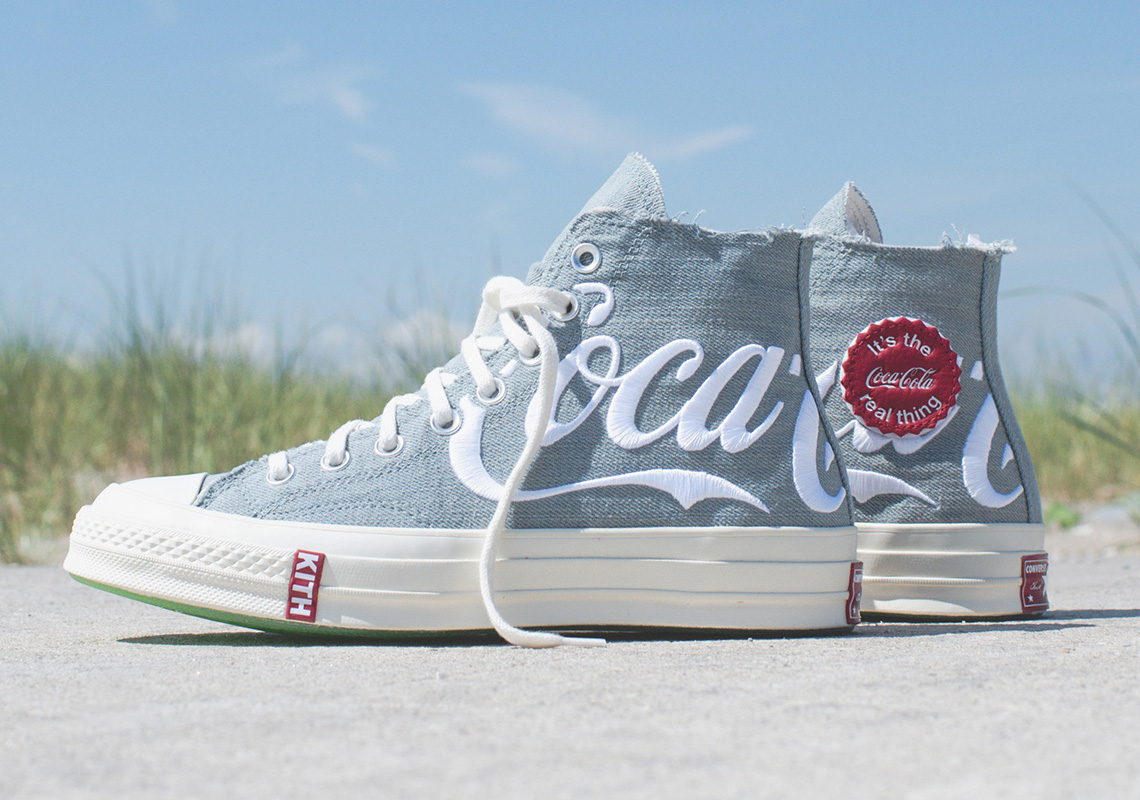 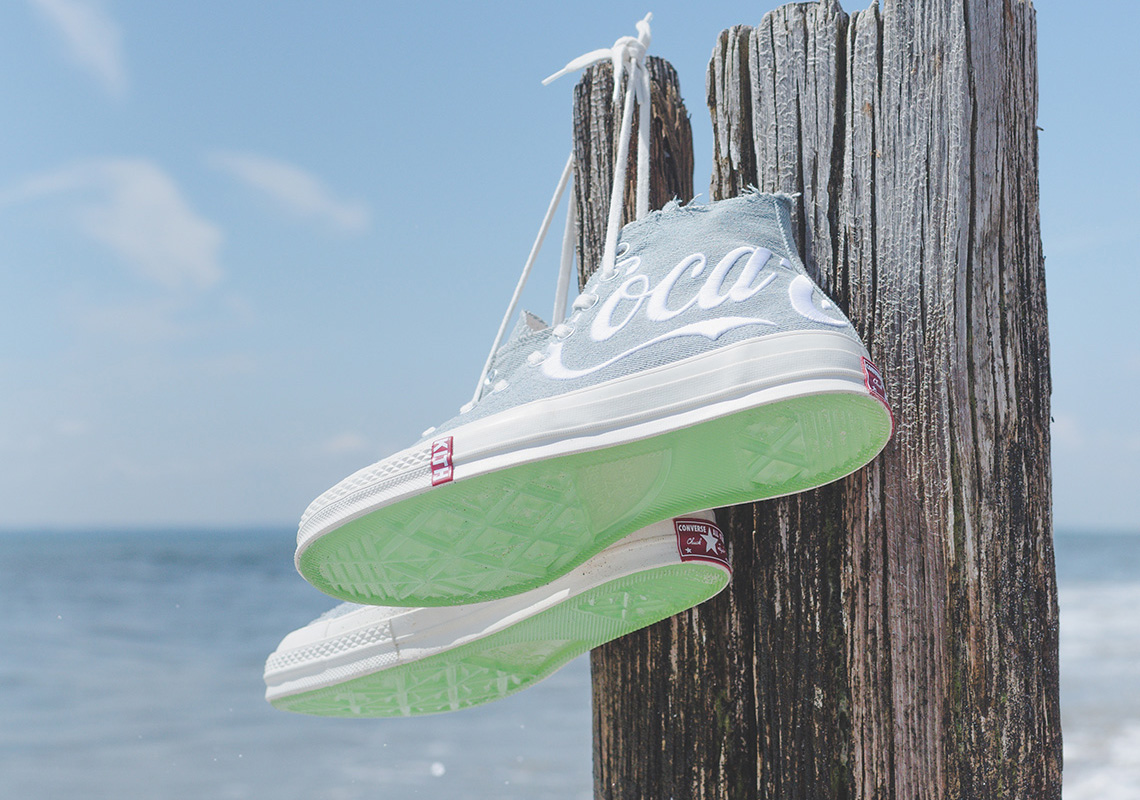 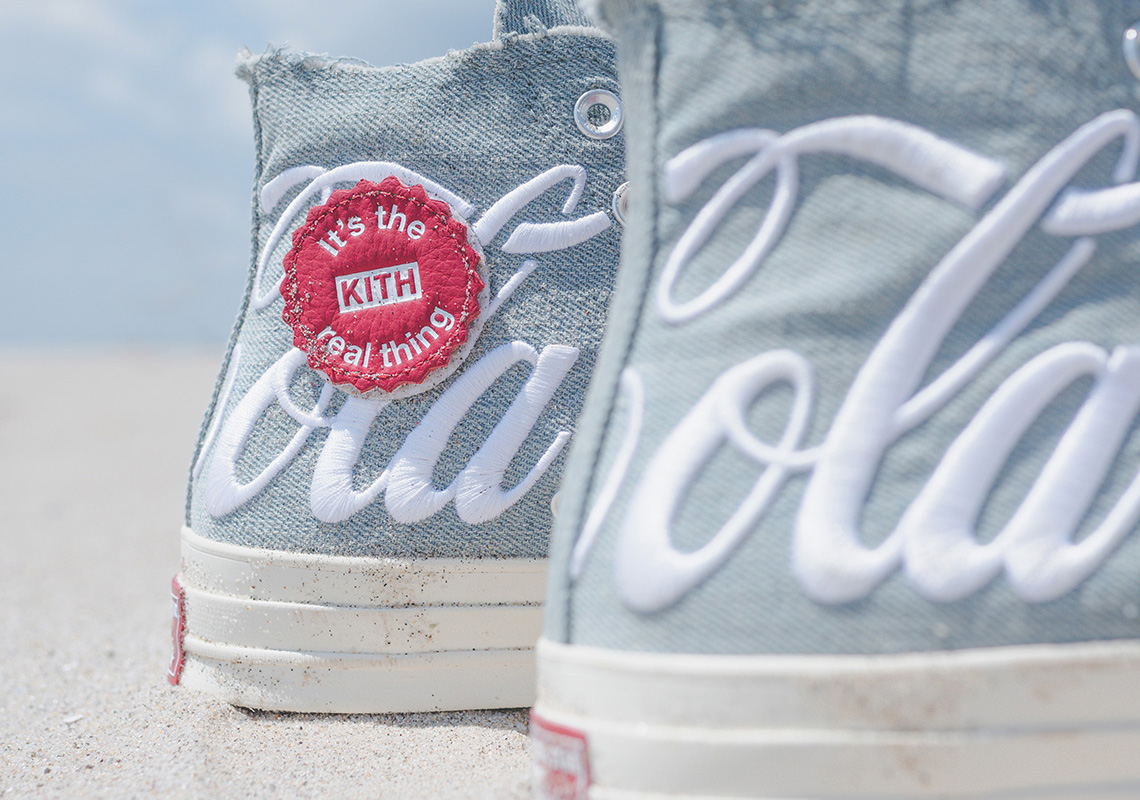