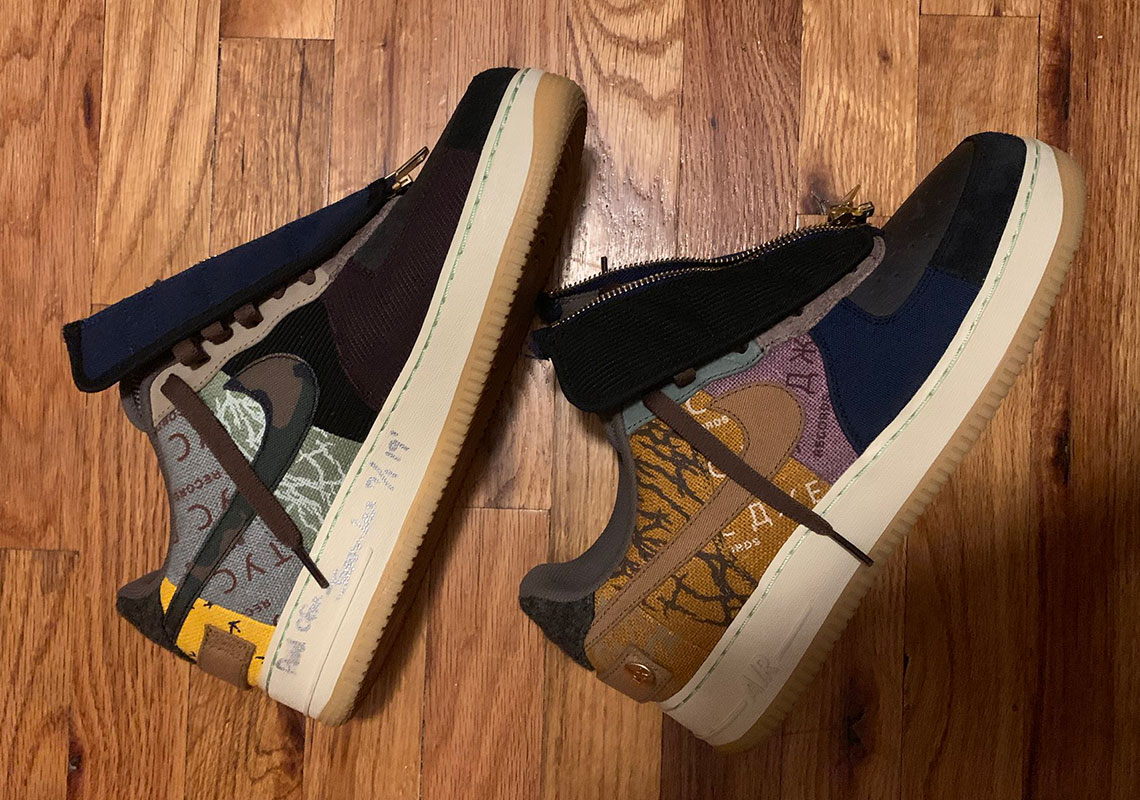 Travis Scott‘s generosity is well-known. Apart from giving his fans every ounce of his energy during his heart-pounding live performances, the man they call La Flame has also blessed supporters with everything from the chain off his neck to the Cactus Jack Air Jordan 1s off his feet, and at the recent Made In America festival in Philadelphia, Scott bequeathed one of his front-row “ragers” with his on-stage pair of upcoming Air Force 1s. Apart from giving that supporter a moment he’ll never forget — and, if the fan chooses to sell them, a lucrative payday — Scott has given us one of the clearest looks yet at his impending Air Forces. Their bespoke-style nature is on full display, with an earthy color palette that combines canvas, corduroy, camo Swooshes, and leather toeboxes, plus special printed detailing towards the midfoot and heel. There’s also a bold lace shroud with a heavy-gauge zipper that encloses the patterned throat/tongue, and text that Scott scrawled on the sail-colored midsole with a silver Sharpie. Check ’em out below, expect an arrival this November, and stay tuned to our Sneaker Release Dates page for further information as it’s available. 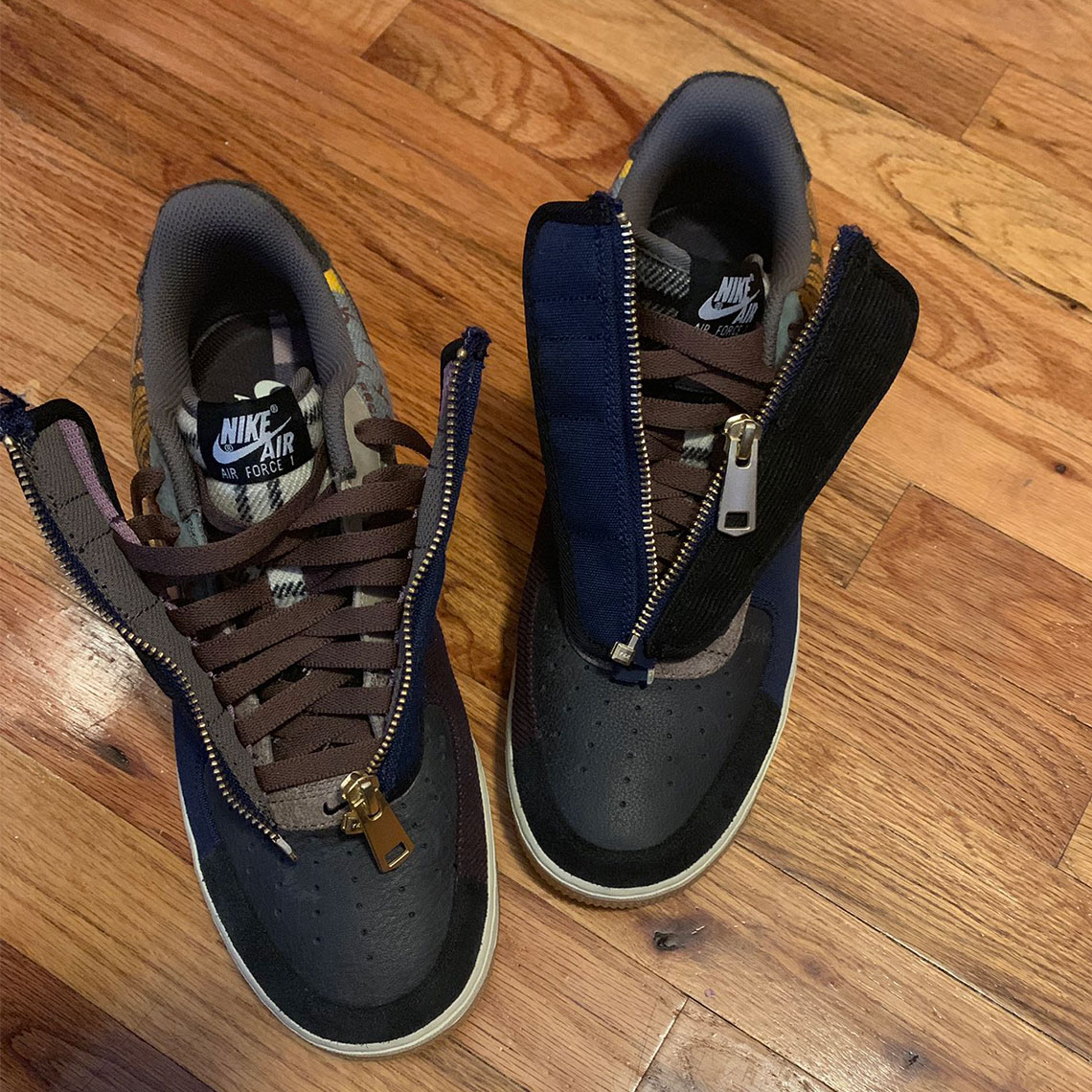