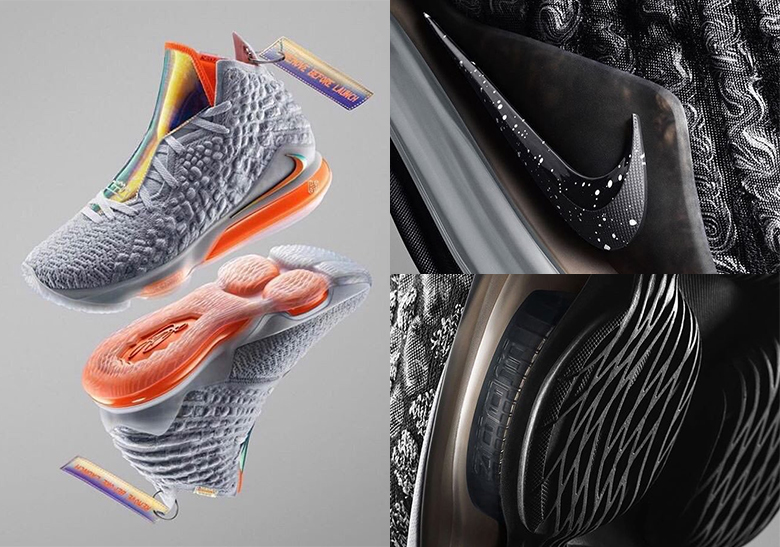 The Nike LeBron 17 Revisits The “Remove Before Launch” Hangtag

Between Taco Tusedays and putting on a show at his son’s AAU games, it’s been a busy offseason for LeBron James, one that’s now set to grow even more frenetic as the release of his new Nike LeBron 17 is directly around the corner. We’ve already seen early images and sneak peeks of the King’s newest Nike shoes, but now we have our clearest look yet at the bold design as well as a first glimpse at a new grey/orange pair. This fresh makeup adds space age flair with a shimmering iridescent tongue shroud and a powerful punch of color thanks to pops of bold orange on the Air Max 720-style heel bubble/forefoot Zoom Air units. It’s also equipped with a “Remove Before Launch” tag clipped on the heel — a signature Nike Basketball detail that last appeared on 2018’s Air Foamposite One “Big Bang.”

Although the black/white colorway has already surfaced a handful of times, these images provide the first chance to truly delve into its detailing, showing a masterfully marbled pattern on the textured knit upper and speckled detailing on the Swoosh as well. Signature graphics and motifs from past Nike LeBron models are then splayed across the tongue, looking back on the King’s storied 17-year career and the legendary footwear that helped carry him through it. A release date for the “Remove Before Launch” pair has yet to be announced, but the black/white will debut on October 3rd in full family sizes, so enjoy your best look yet at both below and check back frequently for more info as it’s available.

Updated September 19th, 2019: The Nike LeBron 17 has been officially unveiled. 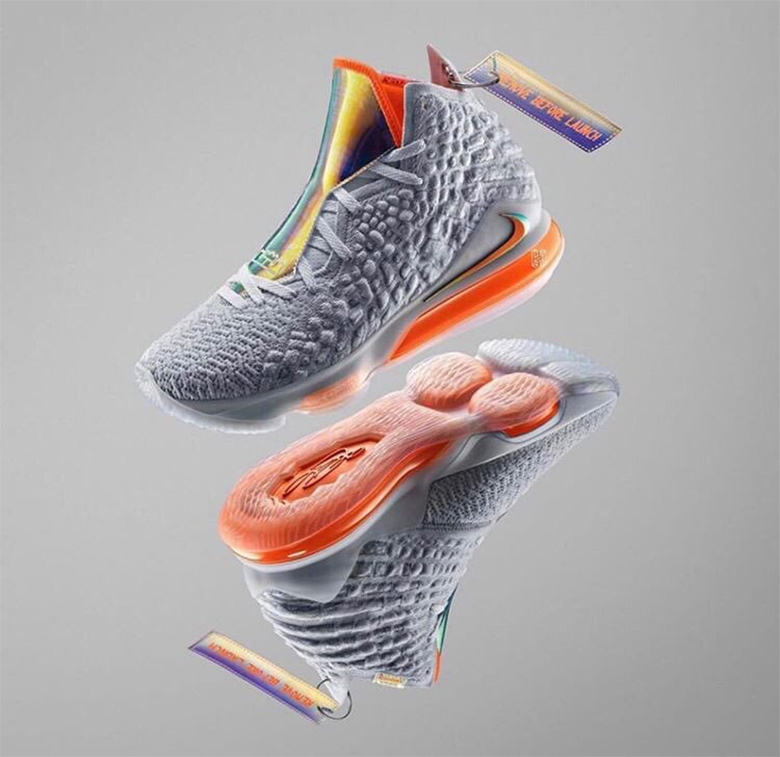 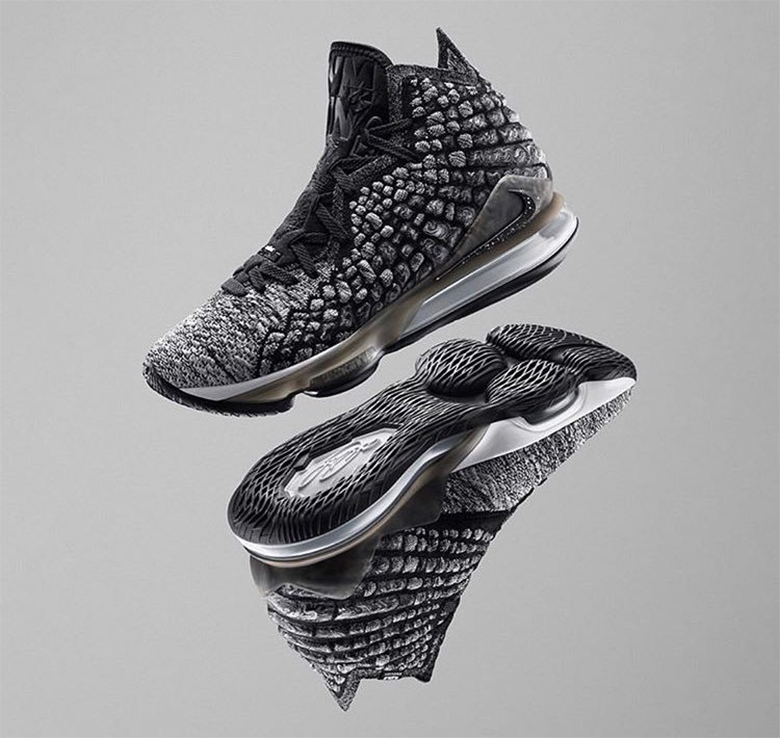 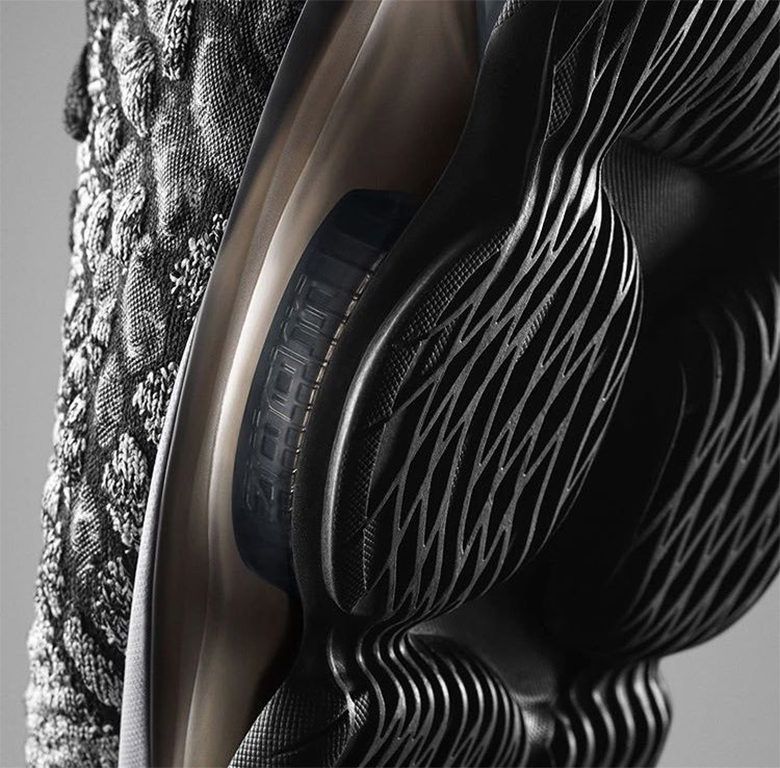 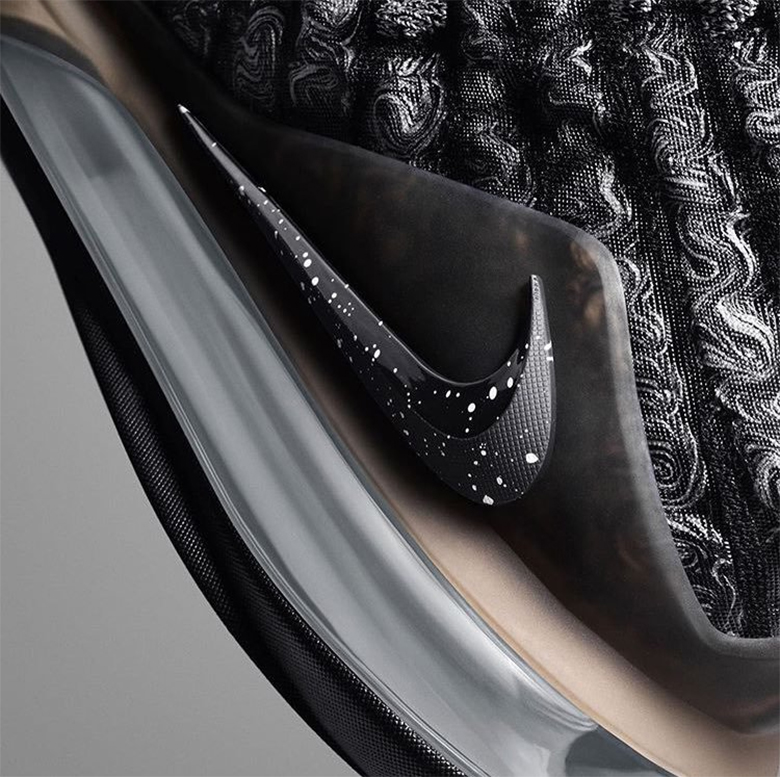