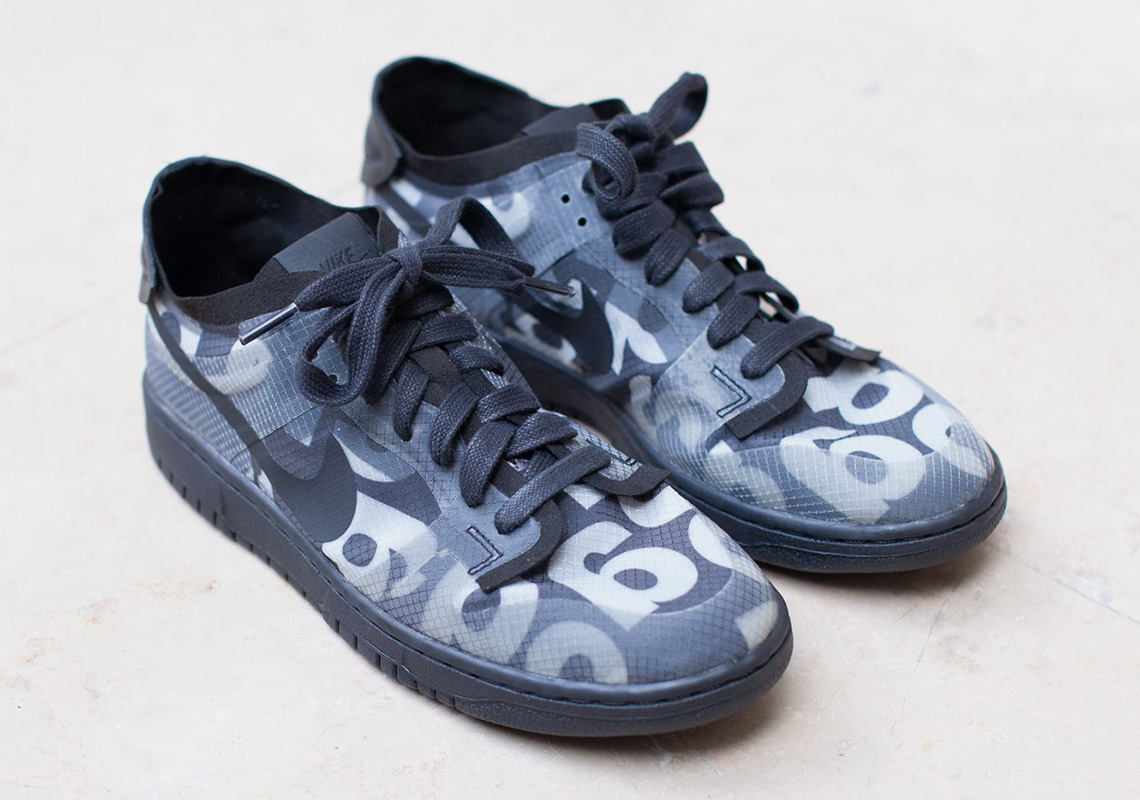 Just like the boys as the namesake implies, renowned fashion institution COMME des GARÇONS makes a return to the Nike Dunk family, passing on the essence of her translucent high to two striking low-top iterations. Following up the rampant teases of Virgil Abloh’s own double-laced collaborations, Rei Kawakubo’s vision is largely more involved. The first, which is essentially a vandalized version of its accompaniment, bears a look reminiscent of the CDG diffusion’s more streetwear evocative creations. An all-over TPE construction is lent intrigue by way of barely see-through finishes, giving an almost wispy aesthetic to its overall make-up; panelling, which bear a stripped down, almost outlined appearance over anything of the 3D realm, take the general shape of the iconic silhouette with edges ending at the ankle completely unpadded. Attached leather pieces at the heel as well as the laces are by far the most unremarkable, mimicking the ordinary next to a backdrop of flattened swooshes and maximal prints of “CDG” sprawled throughout. Its sibling, which removes the graphic entirely, allows its base layer to do most of the talking: its various grid patterns are much more noticeable this time around with points of darkened contrast sitting where heel flaps and eye says would normally be. Grab a detailed look at both Dunk Lows right here and keep it locked for word on their official release date, though it’ll likely be in the new year. 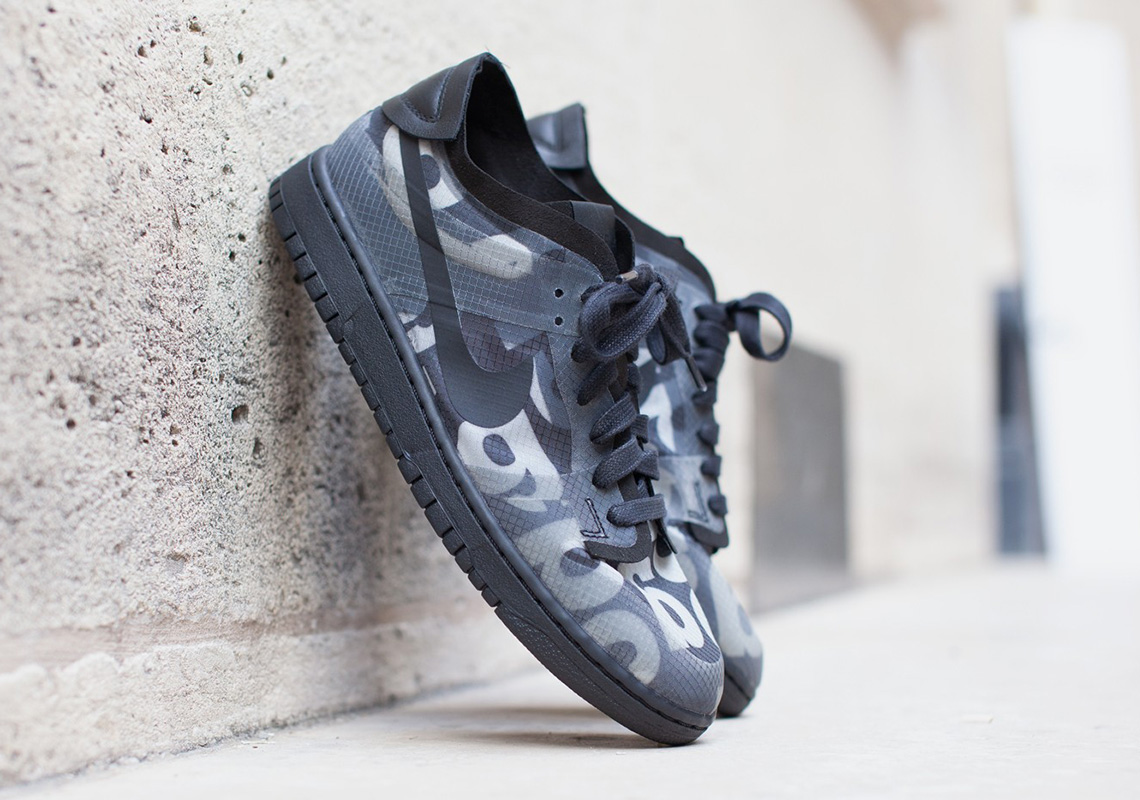 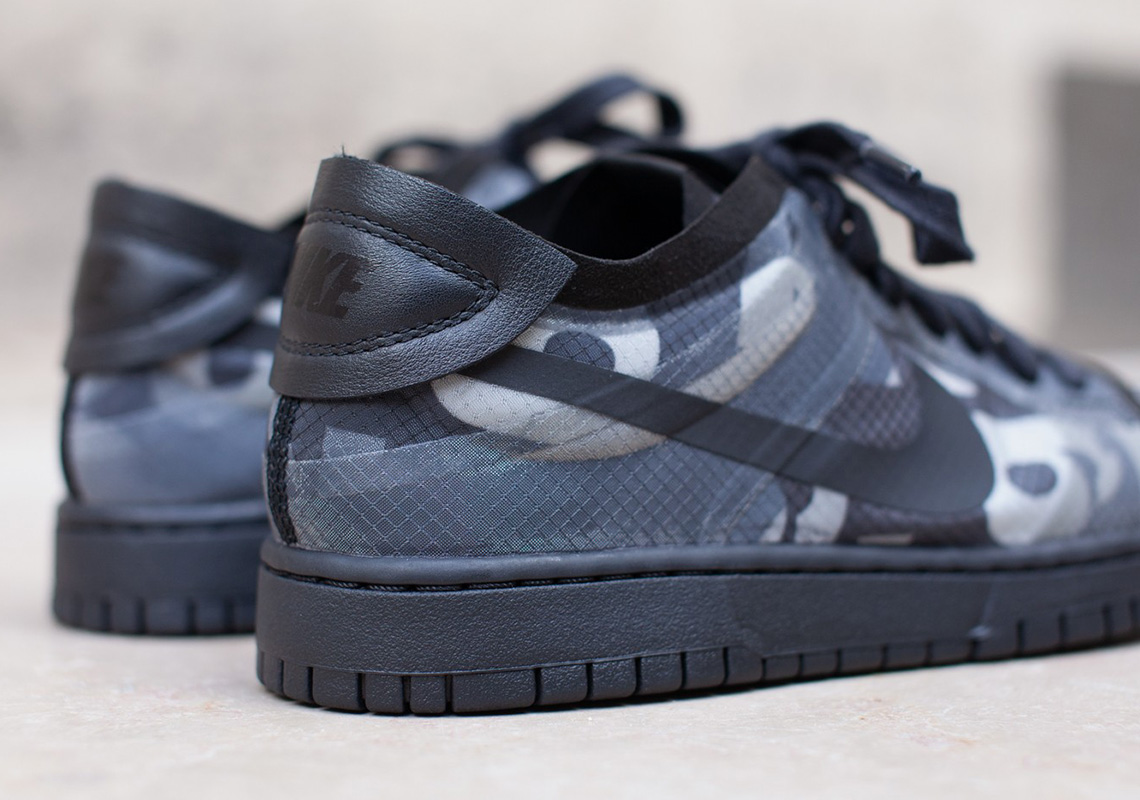 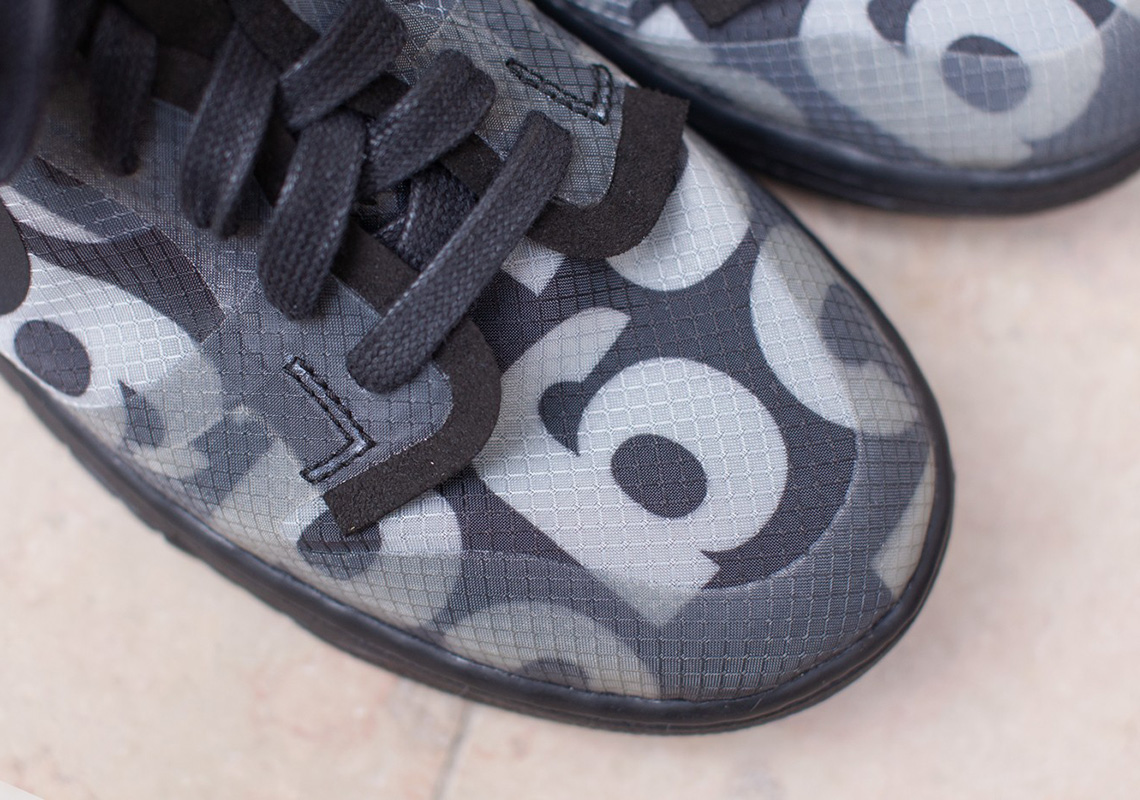 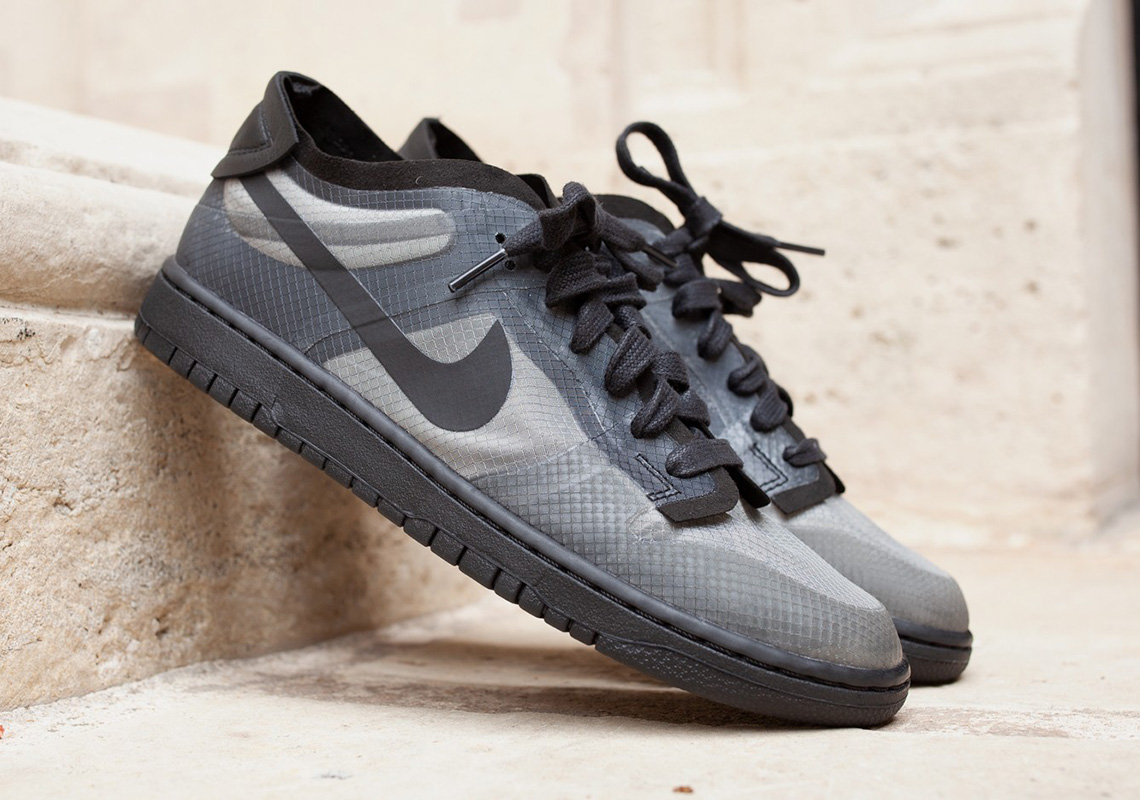 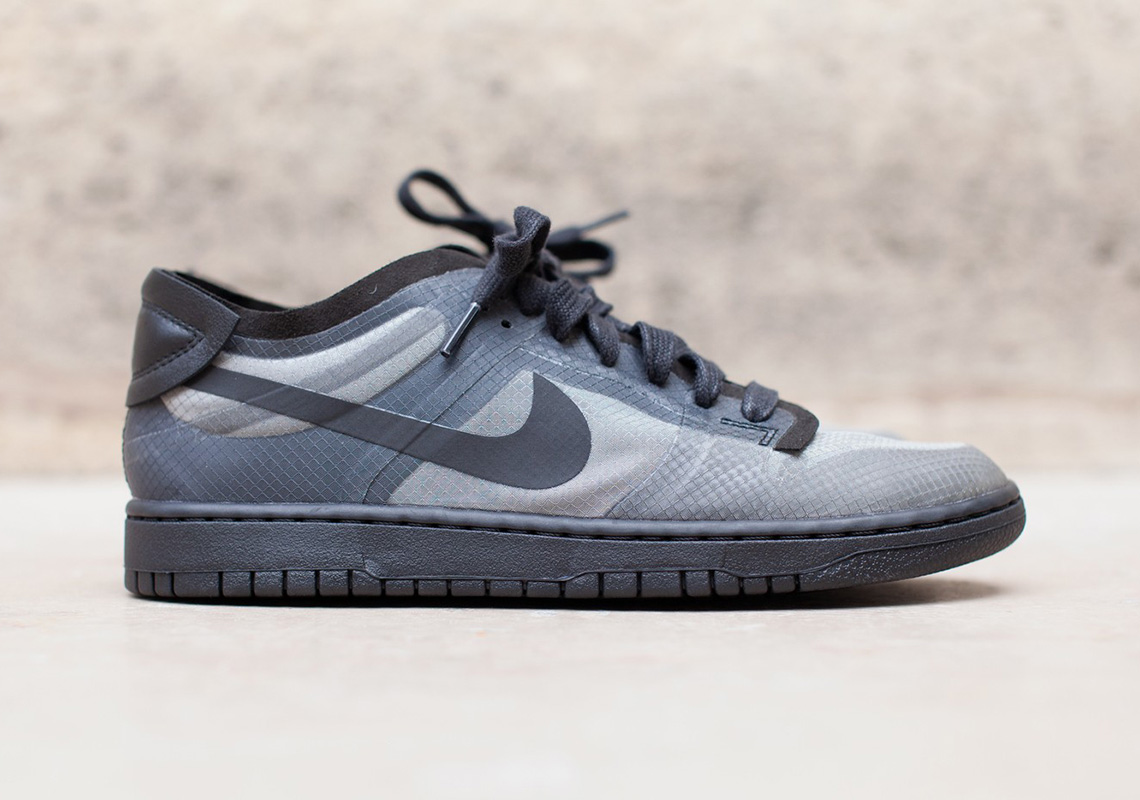 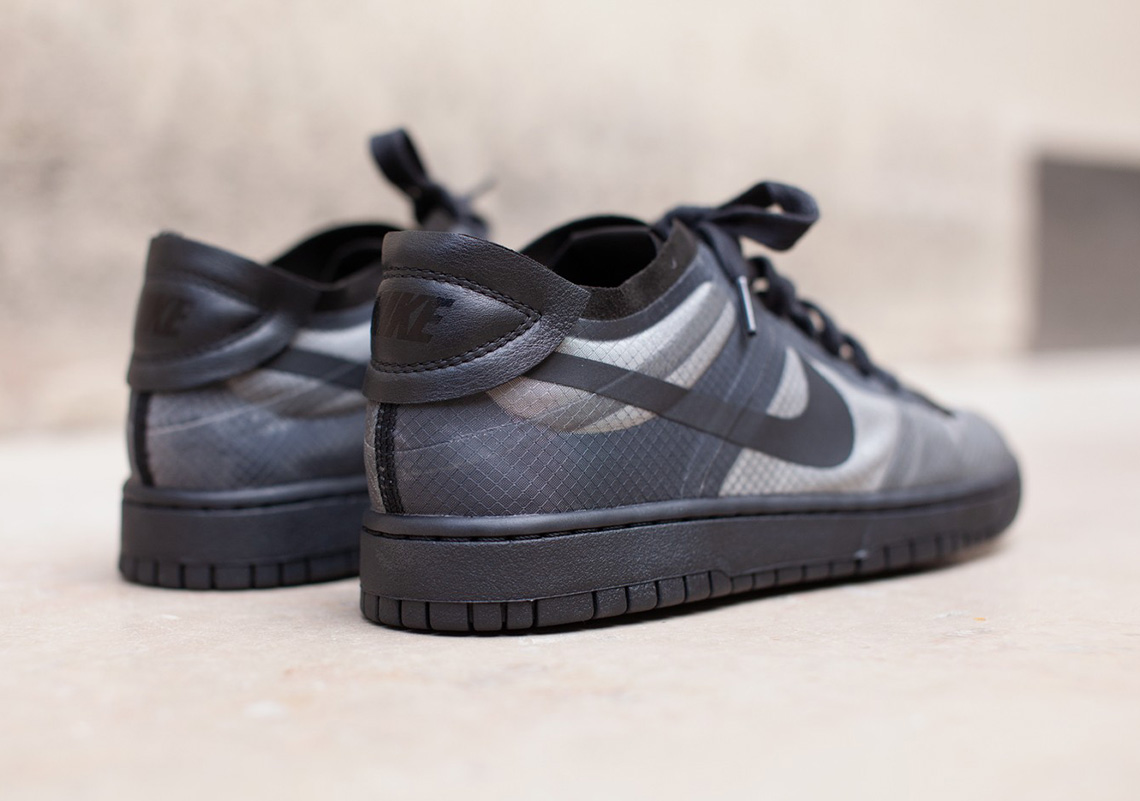 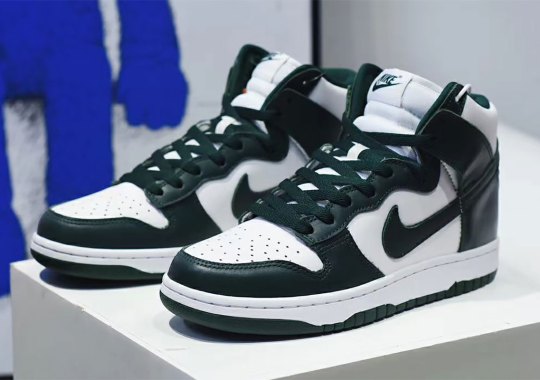