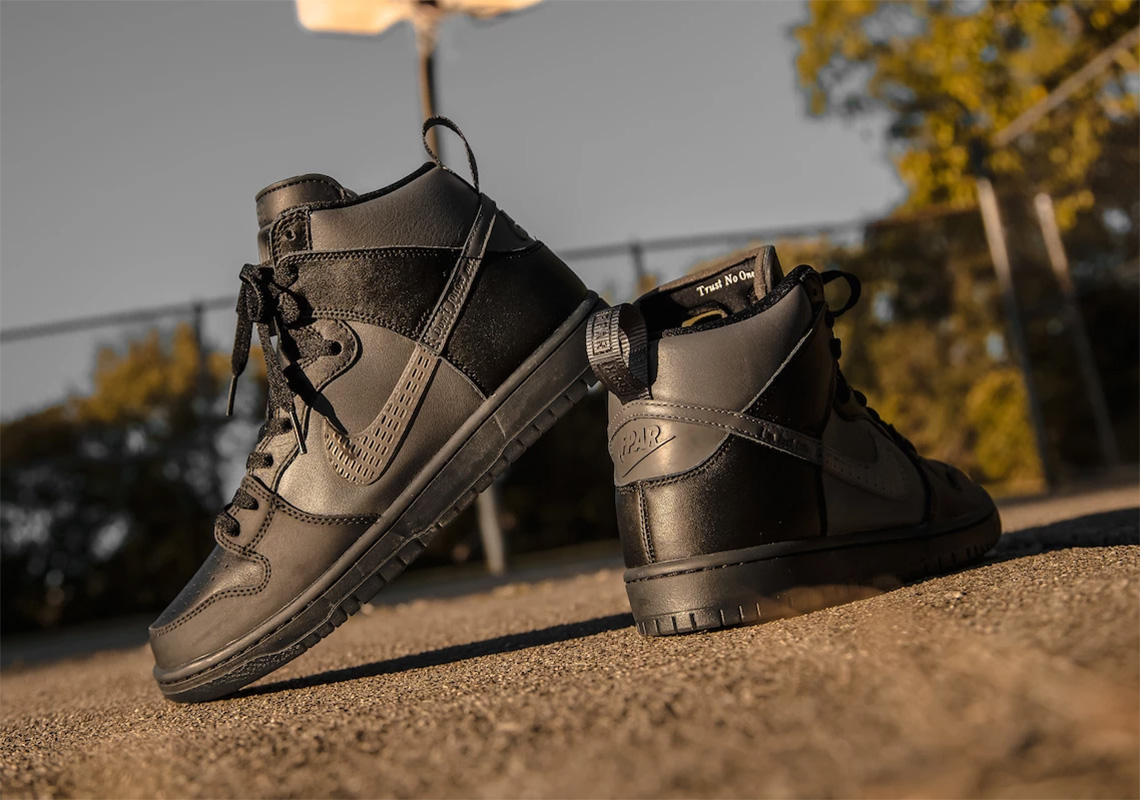 Where To Buy The FPAR x Nike SB Dunk High

Ever since its modern revival, Nike SB has been racking up noteworthy collaborations without any signs of slowing down. Returning to form with Supreme and Diamond and then picking up the slack with their own inline renditions, the ever-iconic line-up is now traversing Japanese labels with Tetsu Nishiyama’s very first: Forty Percent Against Rights. Born from skate and punk culture, FPAR become well known for its DIY graphic motifs and striking subversion of the norm, picking up slogans of poeticism and guerrilla ethos. This, as well as his idea that any artwork changed by 40% no longer has its rights, is overtly evident in his own Dunk High, one that he considers more of a customization than a new design.

Evocative of much more than its own branch, the pair is a piecemeal creation of Jordan Brand components, swapping out the standard tongues for the more aggressive unit of the AJ6, adopting the same flat lace shield and toggle though now with some special cobranding. The AJ5, with its small cameo appearance, fixes on one of TET’s favorites with its netting modification removing much of the ordinary swoosh. Constructions elsewhere, however, stay true to its silhouette of choice as each panel builds out as expected in palettes largely unassuming. Greys dress up inner bases of smooth leathers with similarly finished materials taking up the overlays in stark black. Emblems at the heel mark with the “FPAR” type enhanced by a check at its underside, following the logos seen throughout the pull tabs and aforementioned. Subtle phrases of “Don’t Follow Me” and “I’m Lost Too” as well as the “Trust No One” along the inner tongue complete what is perfectly emblematic of the designer’s inaugural imprint.

Grab a detailed look at the pair right here and find them hitting the select retailers right below come October 25th. 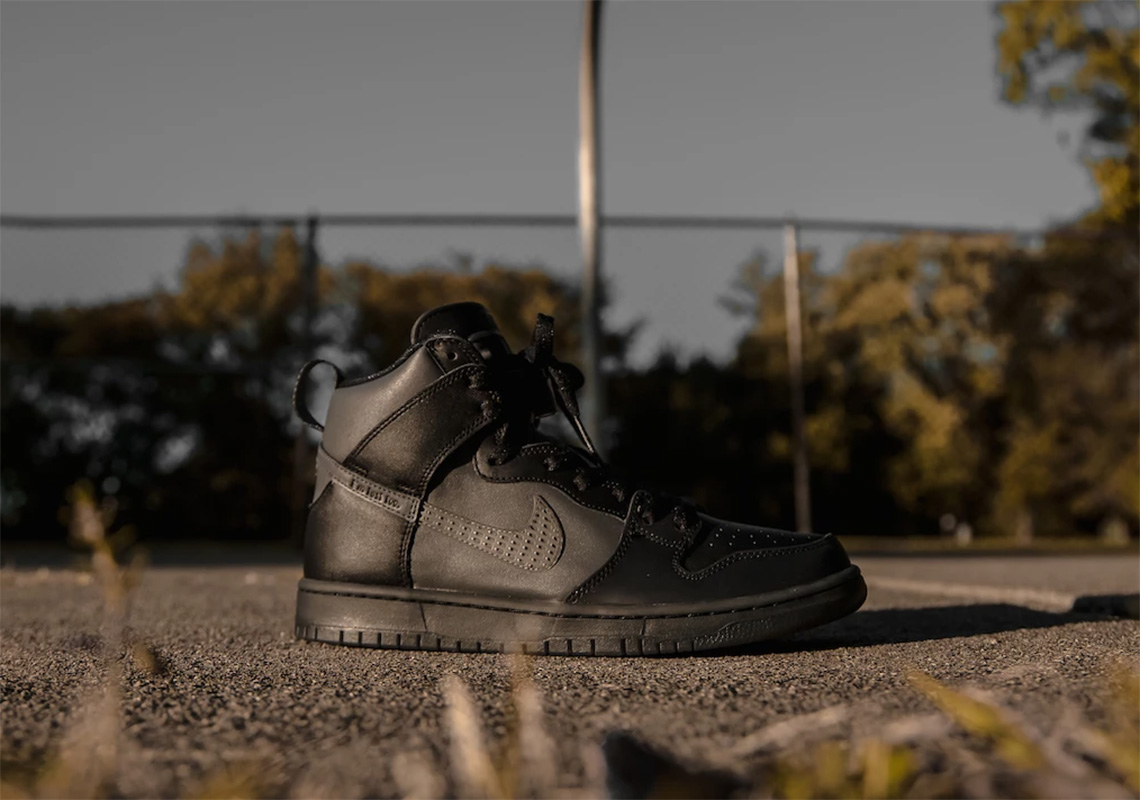 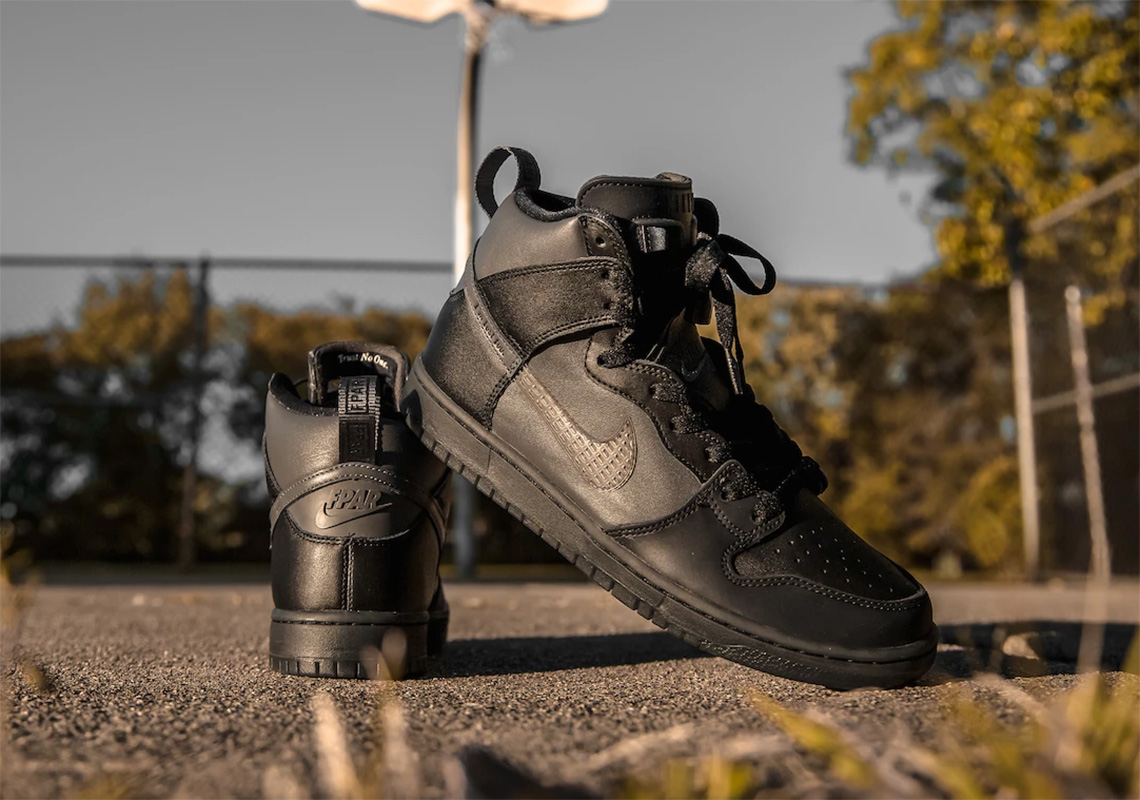 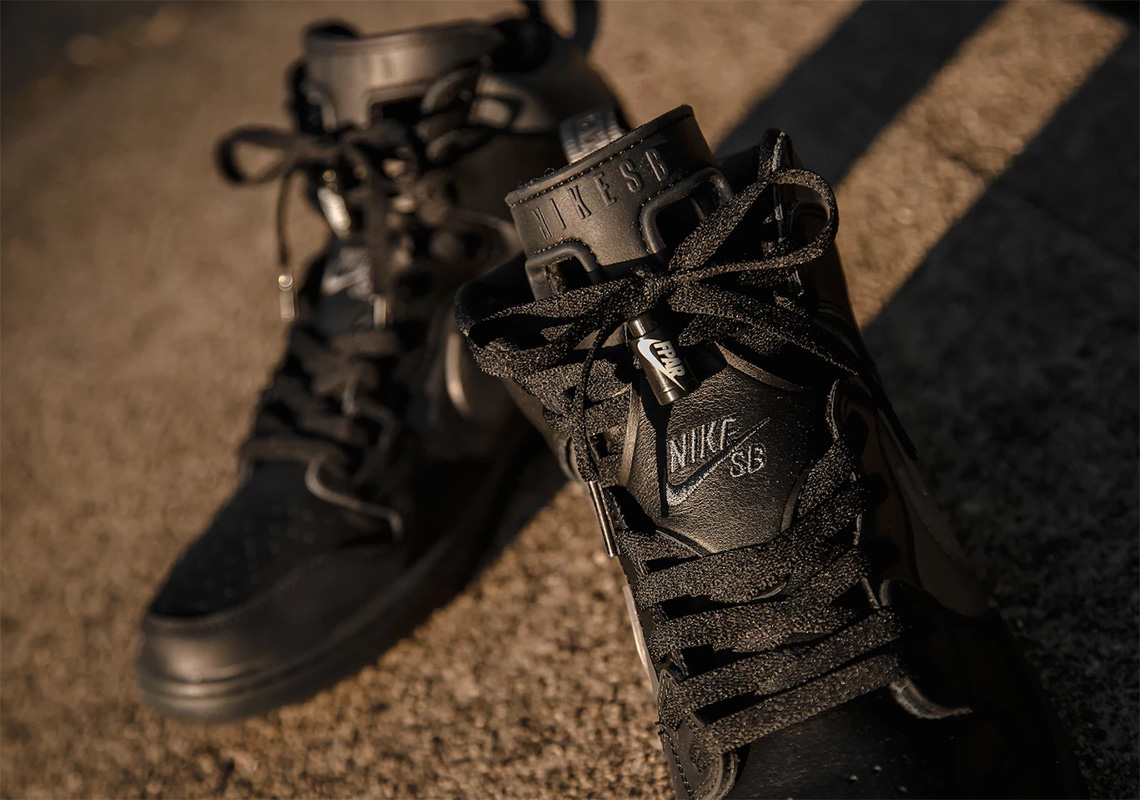 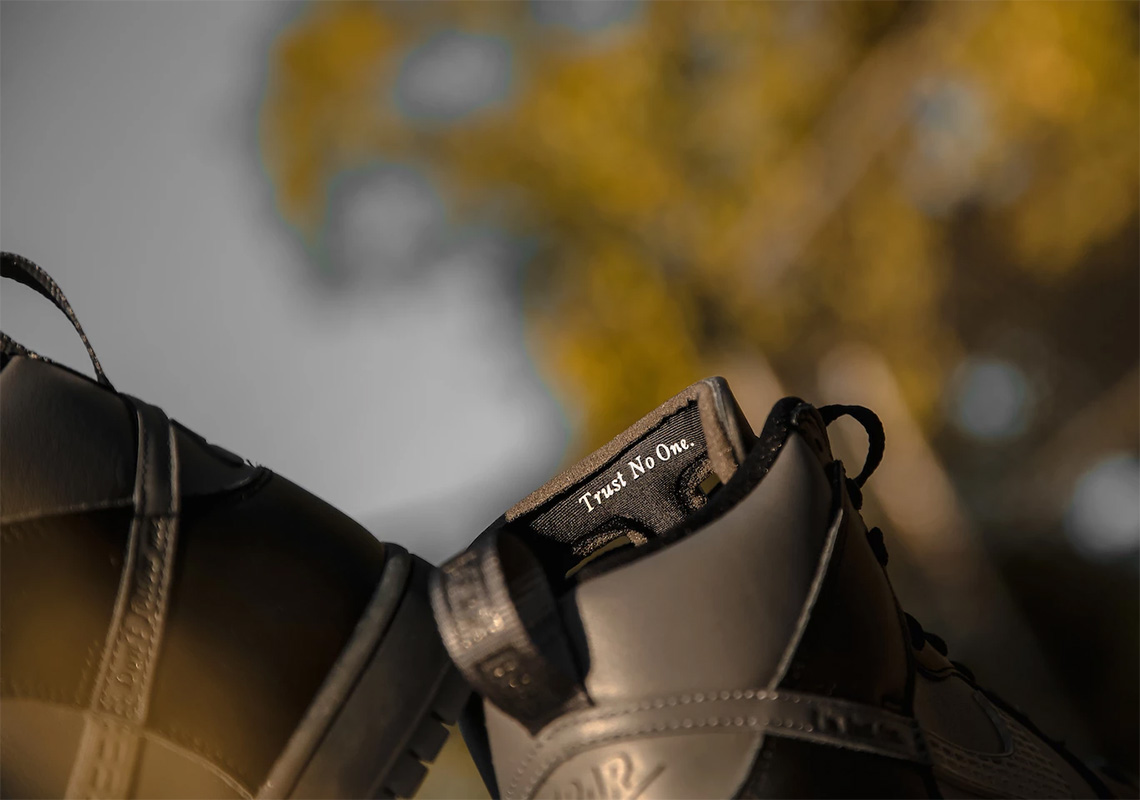 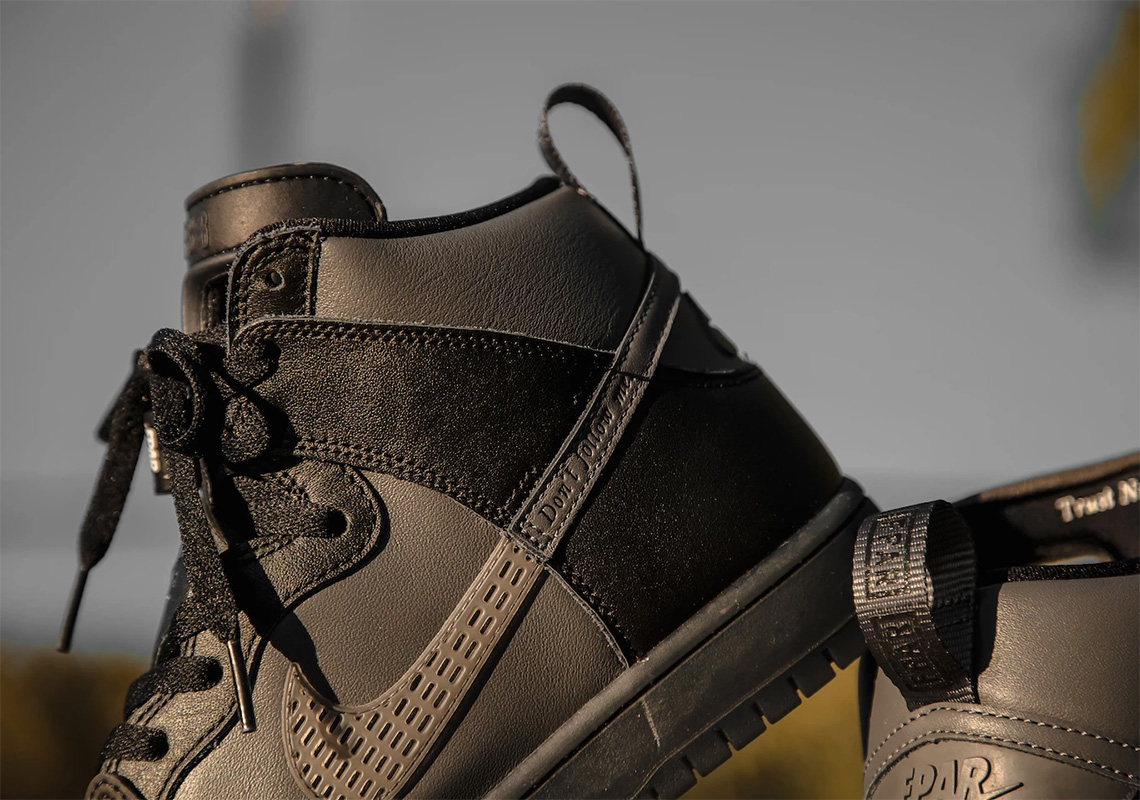 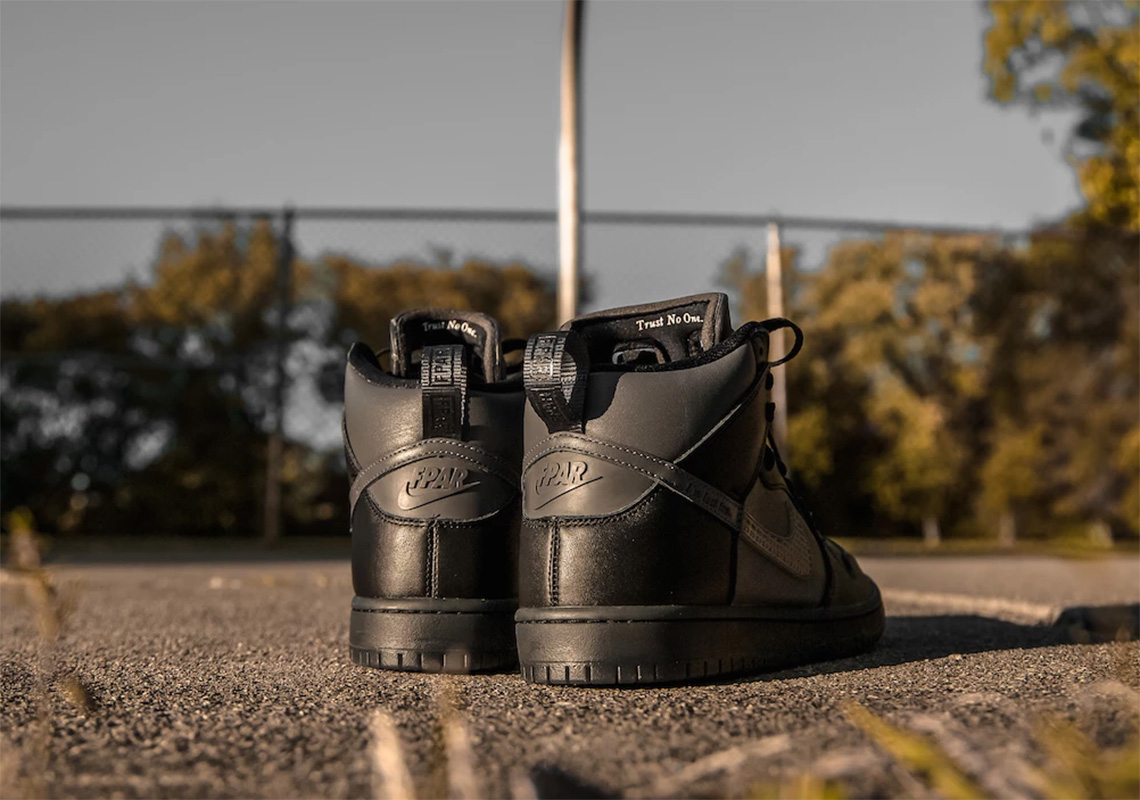