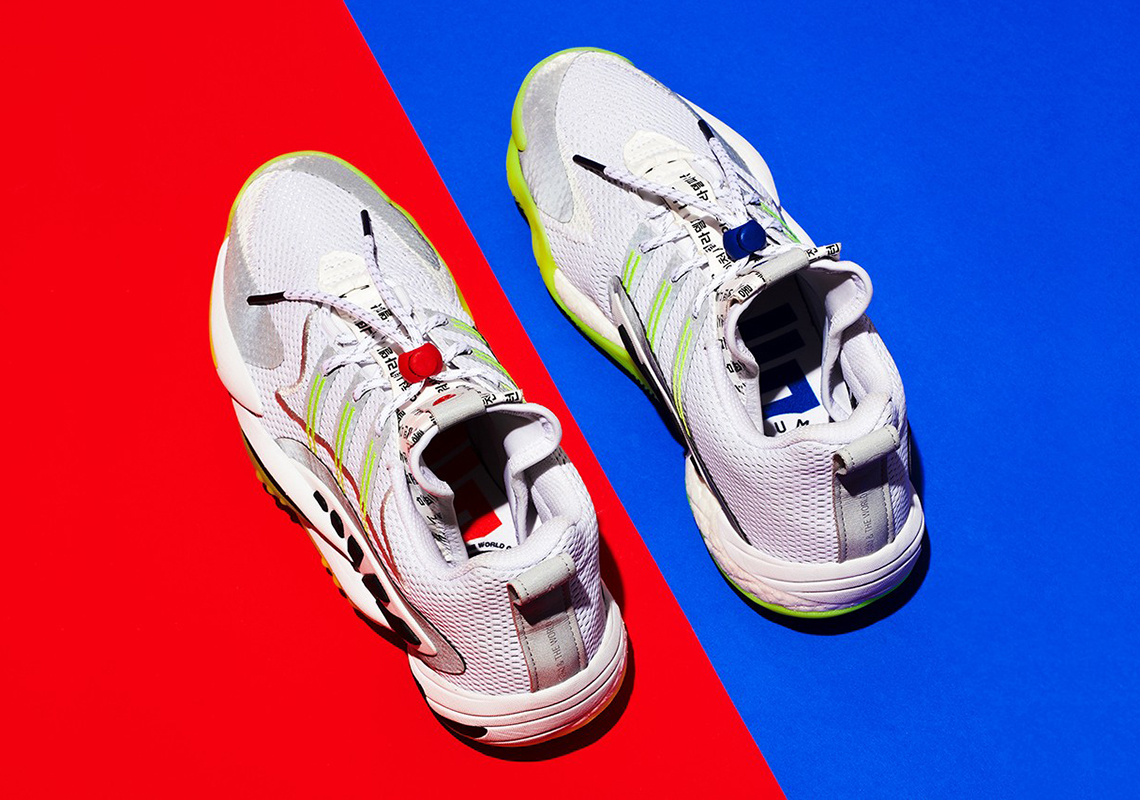 Rarely do collaborations touch on the sensitive parts of history, but with UBIQ‘s recruitment into the arms of adidas Consortium, they’re set to remind about some of the more positive aspects of the post WWII era. Rather than boast military-tinged colors or flagrant use of stereotypes, their take on the Crazy BYW 2.0 X taps the “Sister Cities” of 1947, splitting the pair itself between both Korea and America. The retailer’s hometowns of Philadelphia and Georgetown were once the couple to Incheon and Seoul, respectively, alleviating hard feelings by way of bringing these geographically separate communities together. Asymmetric coloring is sparing though quite apparent on both sets, with one opting for red and the other blue in a small nod to the eastern country’s vibrant flag. Hangul also emblazons on the yellowed tongues of both, a slight aged element that does well to further the themes. Elsewhere, the construction is outfitted in textural white mesh dressed up with embroidery and soles of neon green; hardshell molds at the side add visual bulk with taping scattered around brightening up thanks to its reflective finish. Grab a good look at this stunning release right here, and expect to be able to get your hands on it come Black Friday, November 29th, at 10am ET on the UBIQ site. 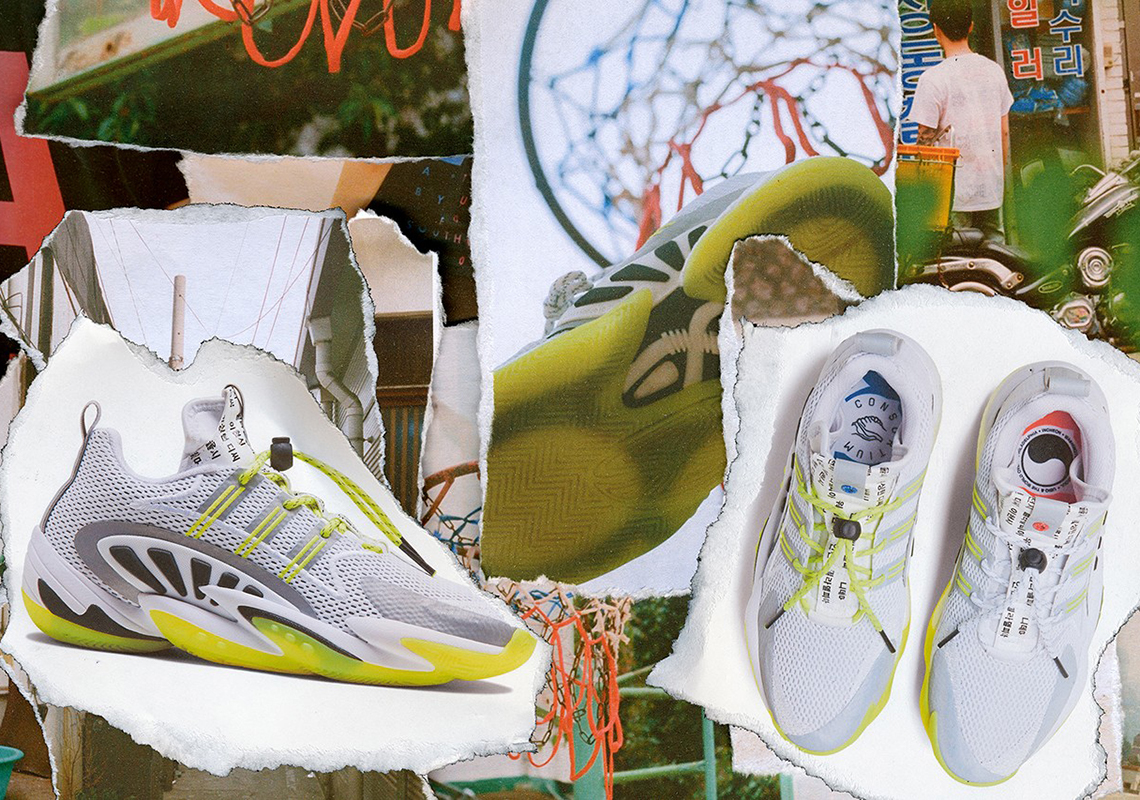 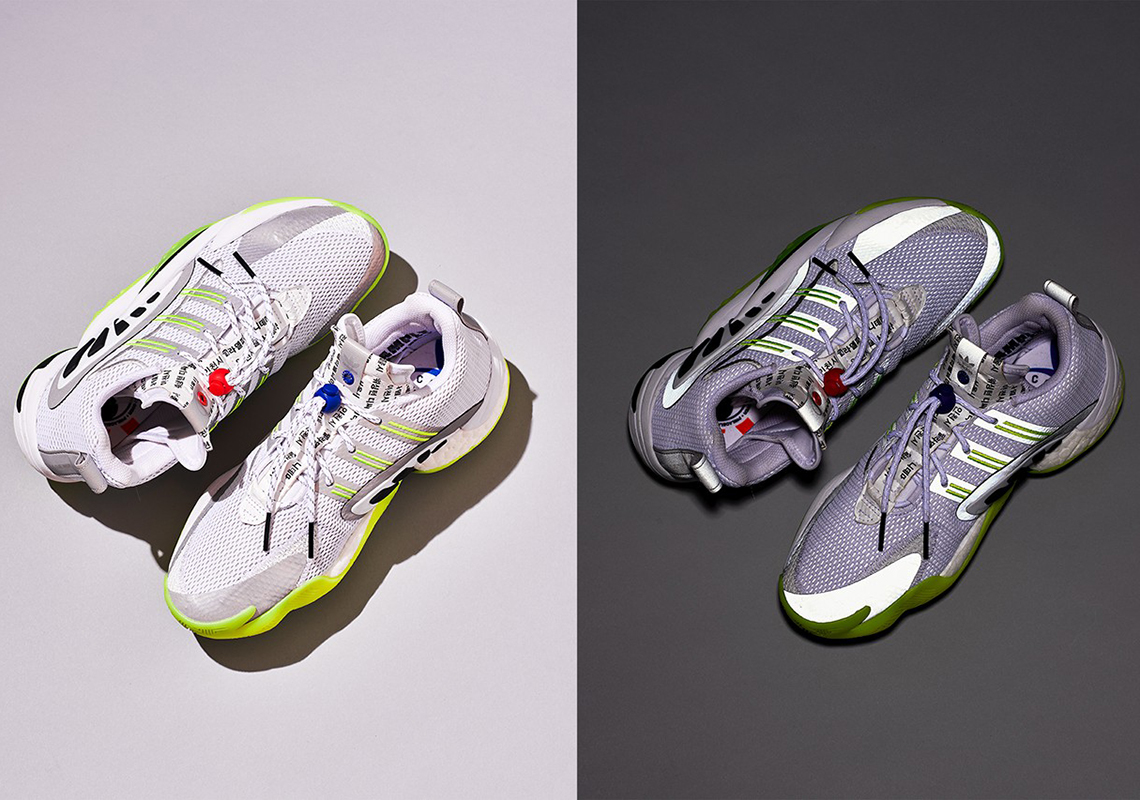 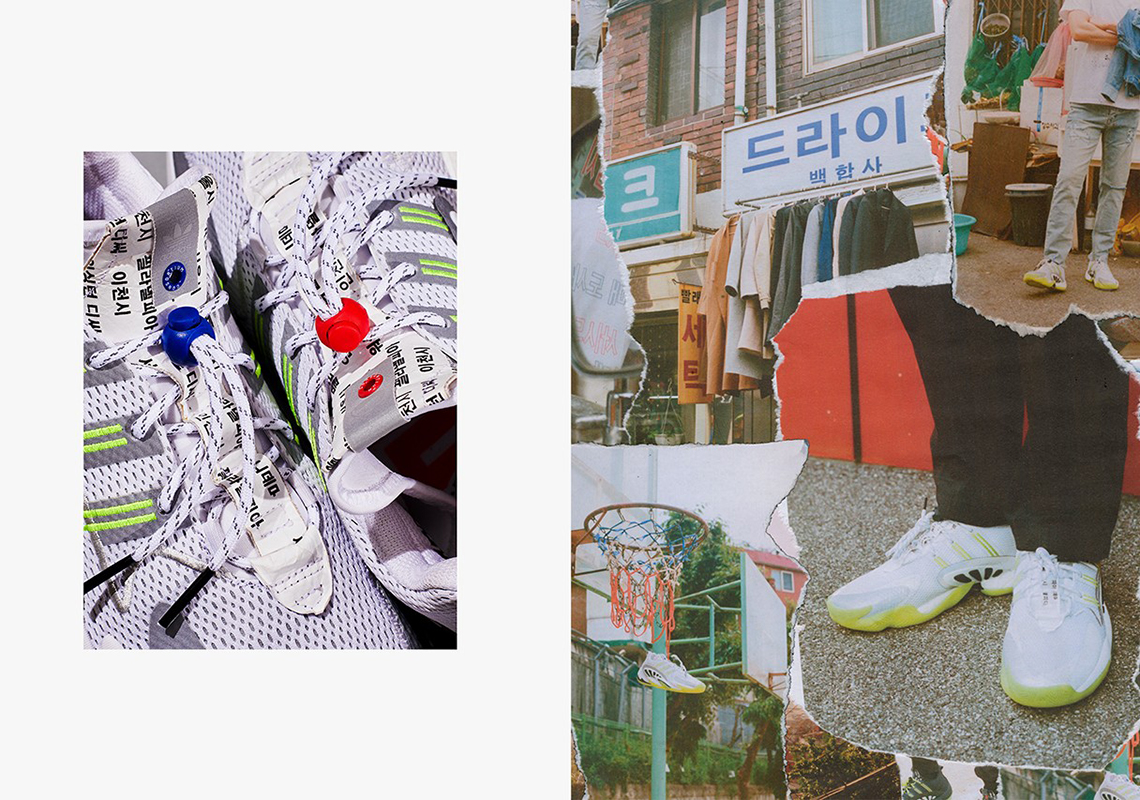 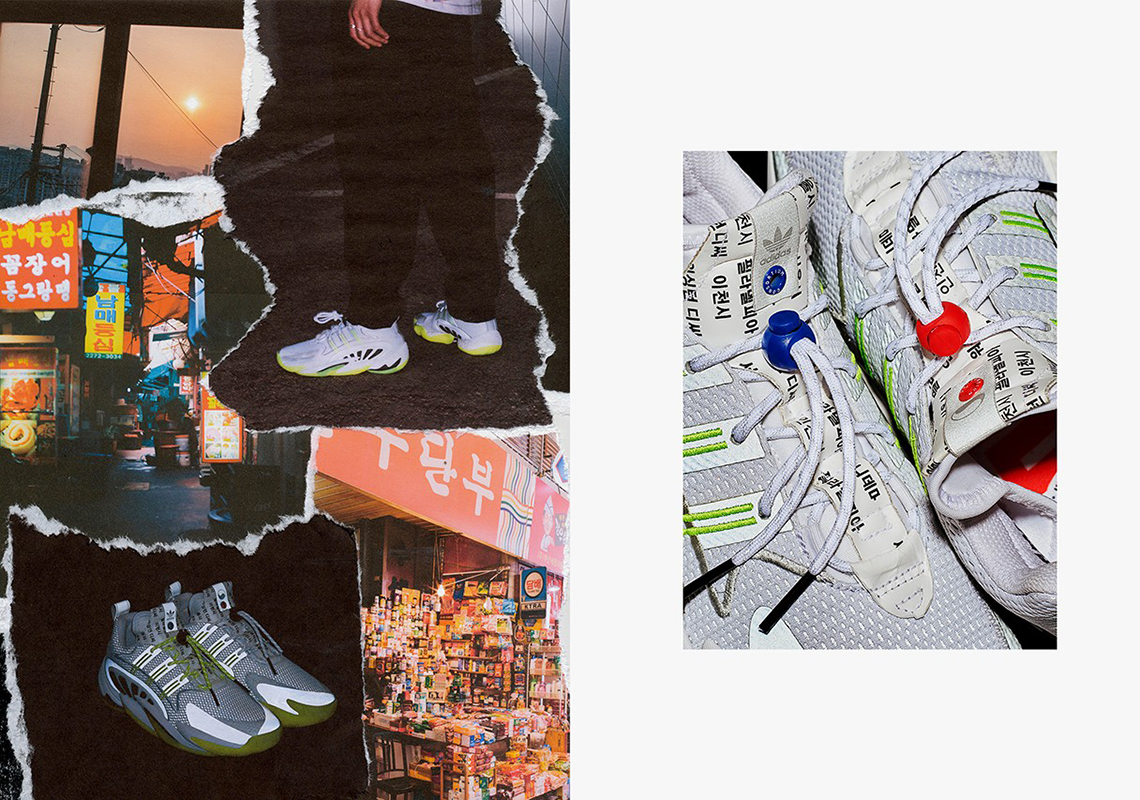 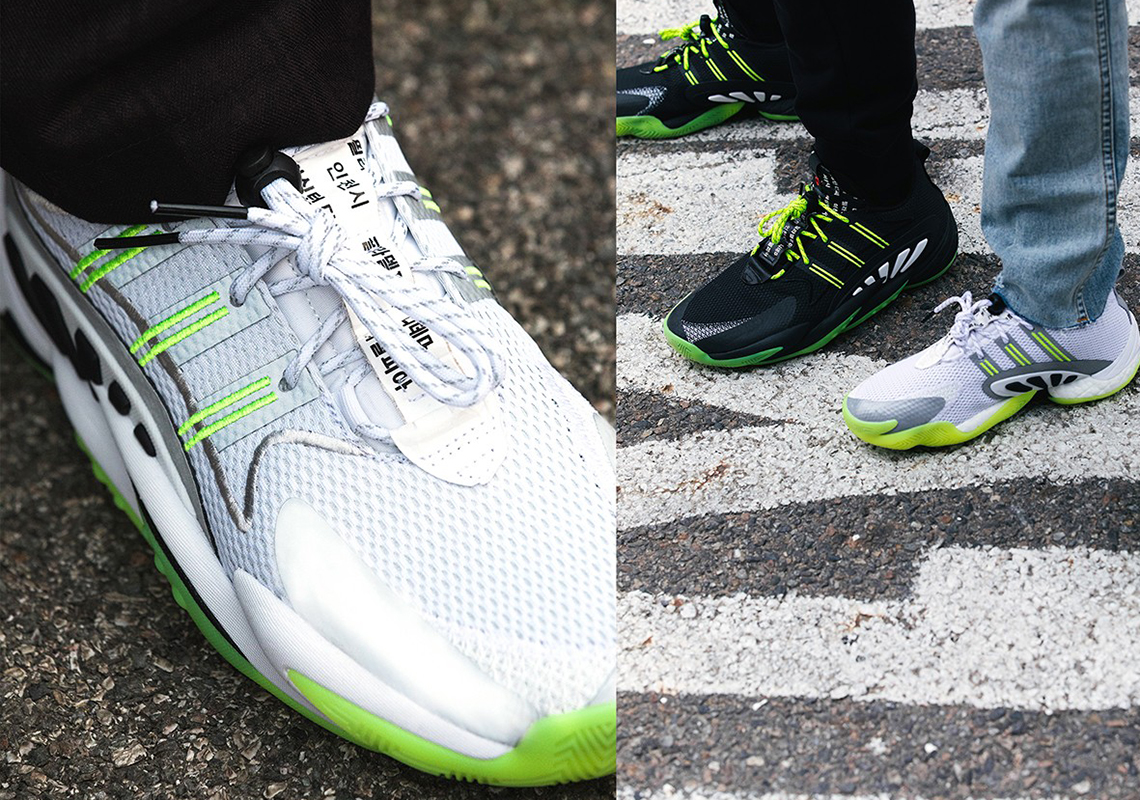