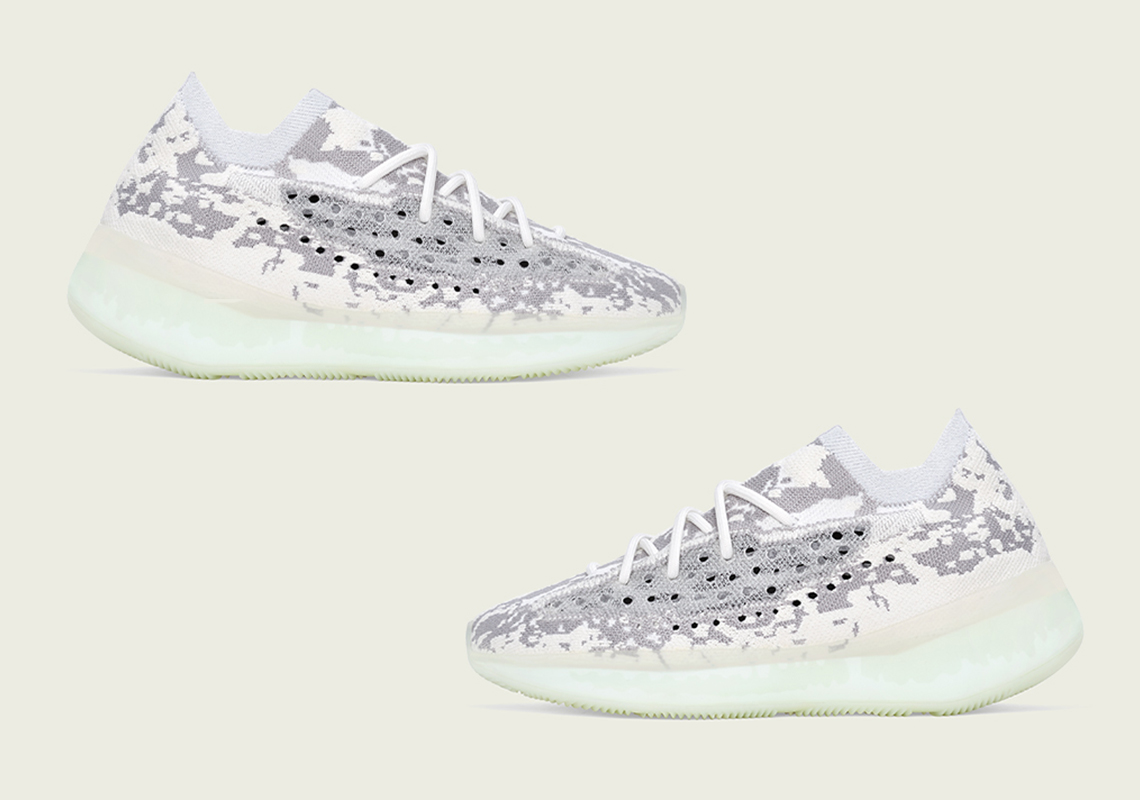 After rereleasing the universally loved “Black” v2 just this past Friday, adidas Yeezy is already preparing for the end all be all of their holiday season line-up: the Yeezy Boost 380 “Alien.” Once poised to be the successor to the 350, the silhouette’s likeness is not entirely lost with the change of its namesake: general shape still bears resemblance to the brand’s opus with bottoms doing the same though in a much bulkier, rounder appearance. First dressed almost entirely in a neutral tone, the entire kit is essentially a starting point for what is likely to be a batch of glow-in-the-dark schemes, dark, triple blacks, and any of their assortment of earth tones. The upper constructions themselves, though, leave little to be desired for a newer release with chaotic perforations along the sides and an all-over print reminiscent of a camo pattern pushing the model into a realm of its own. Expect to see the wider drop on December 12th, with only a limited run of boutiques set to receive size runs.