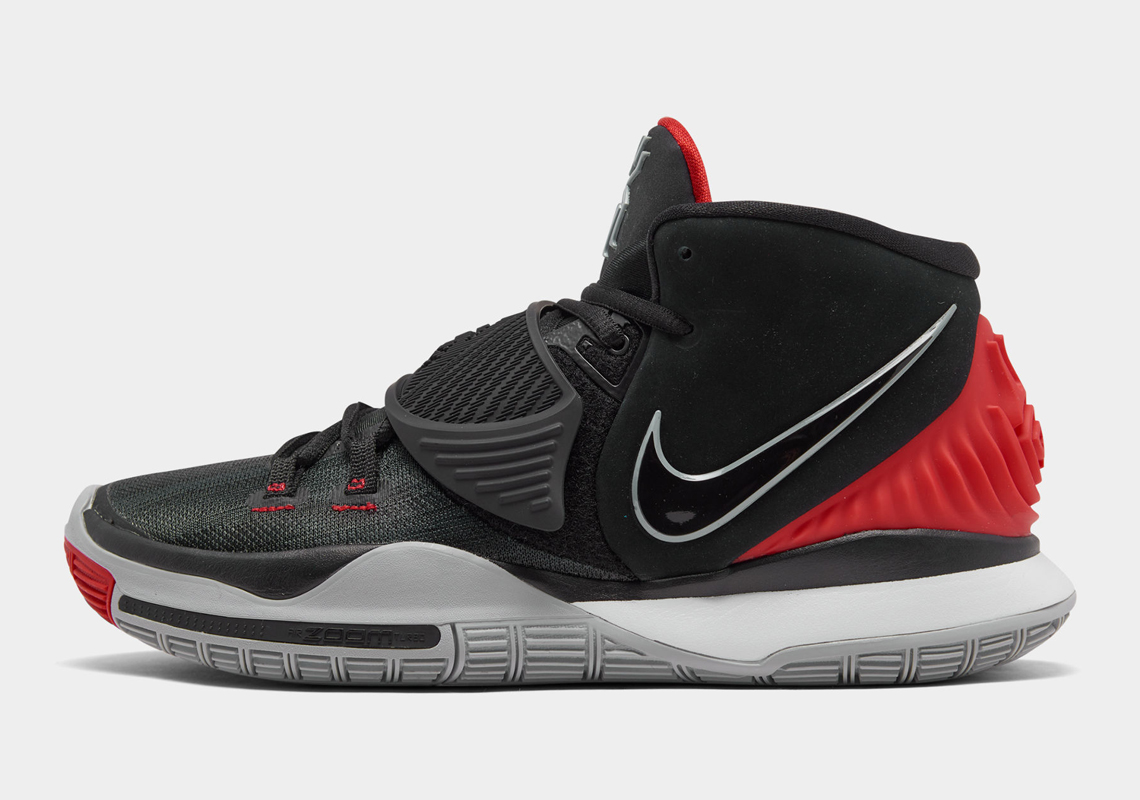 While a shoulder injury against the Utah Jazz back in November caused Kyrie Irving to miss 26 games, it did not hinder #11’s sixth signature Nike shoe from making headlines. Launched just a week after the guard injured his shoulder, the Kyrie 6 already boasts Egyptian-themed collaborations with Concepts and will see two multi-color releases later this month as part of Nike’s Chinese New Year 2020 celebrations. Though likely not as limited as the aforementioned pairs, a new “Bred” iteration is a welcomed addition to the performance model’s growing roster and helps tell a story of its own about the man behind the shoes. Constructed with a mix of mesh and leather, uppers on this Kyrie 6 don a blacked-out outfit – save for the hits of “University Red” near the laces and the grey outline on profile Swooshes. The same scarlet hue found on the Air Jordan 4 also makes its way onto the external heel piece, tongue lining, and outsole. Tying together what is undeniably an homage to Michael Jordan’s fourth signature shoe, grey takes over real estate on the midsole, as well as Kyrie and Nike branding at the tongue and midfoot, respectively. But this release isn’t Irving’s only MJ-like quality; he displayed a championship-level performance when he returned earlier this week against the Atlanta Hawks and dropped 21 points in just 20 minutes played.

Grab a closer look at Kyrie’s newest release here below and find them available now at Nike.com and select retailers tomorrow in full-family sizes. 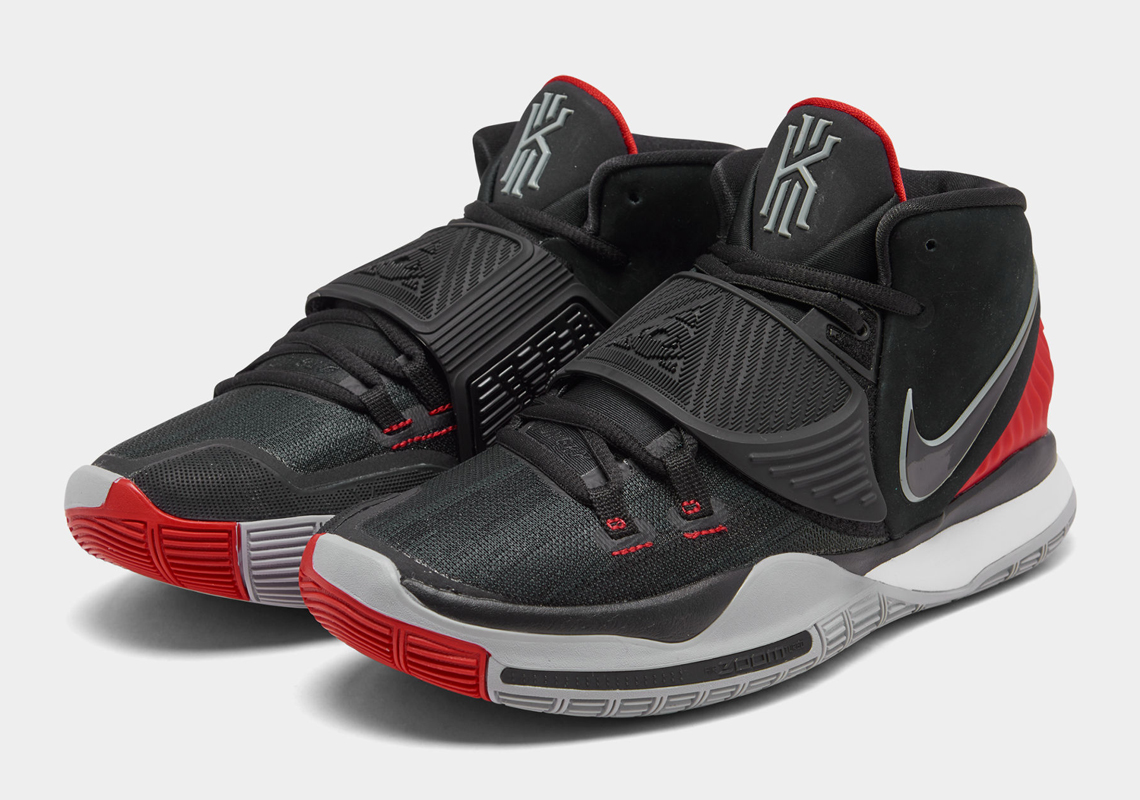 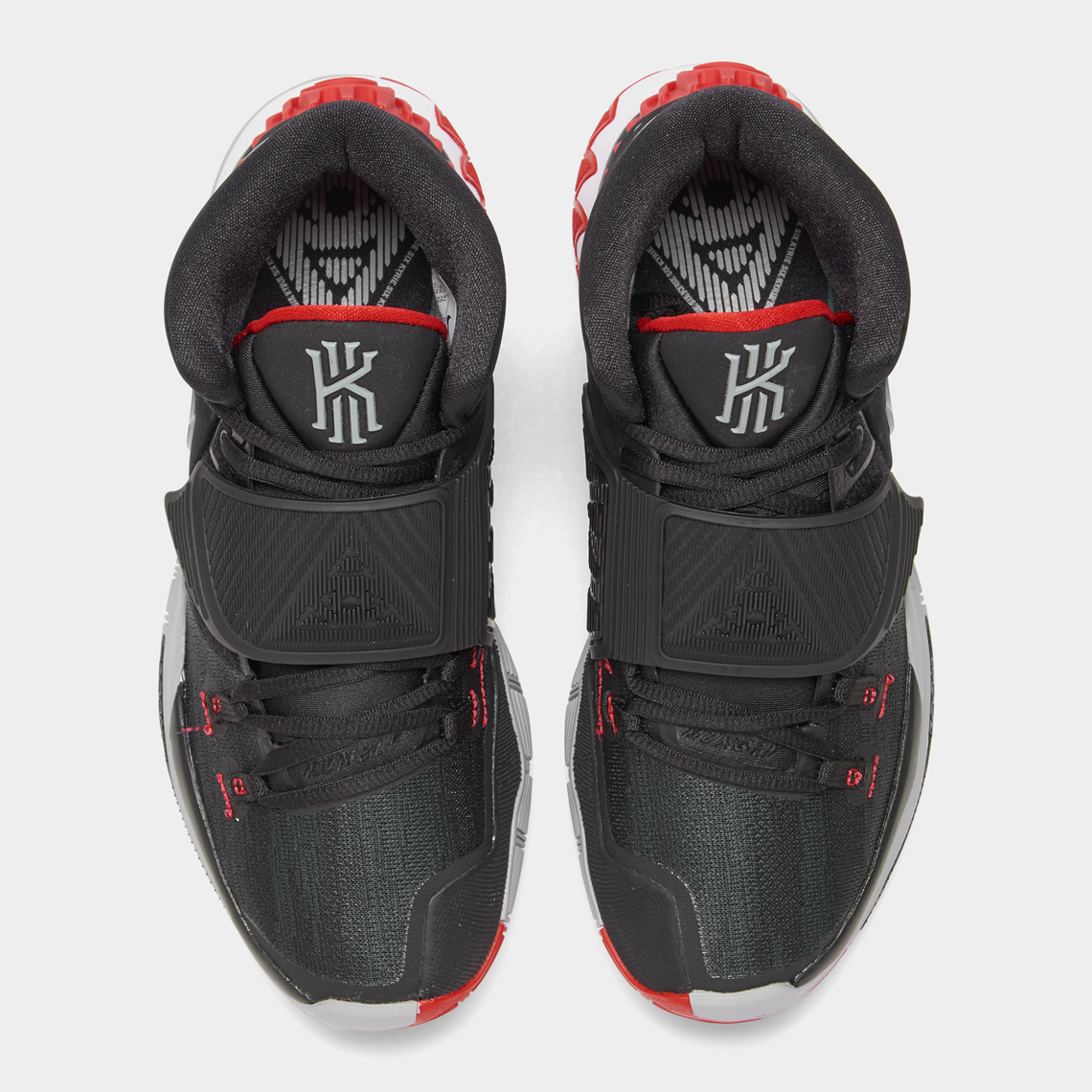 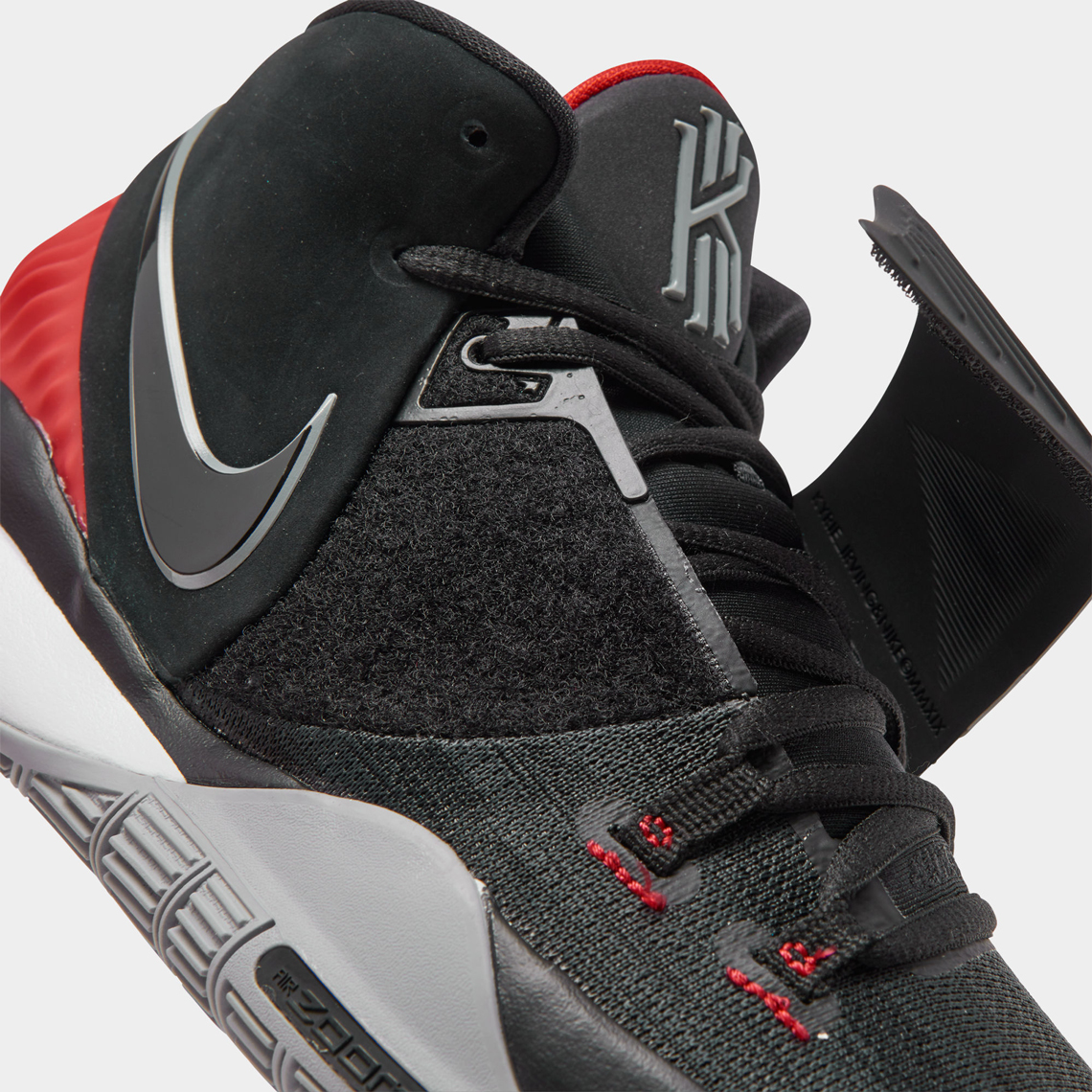 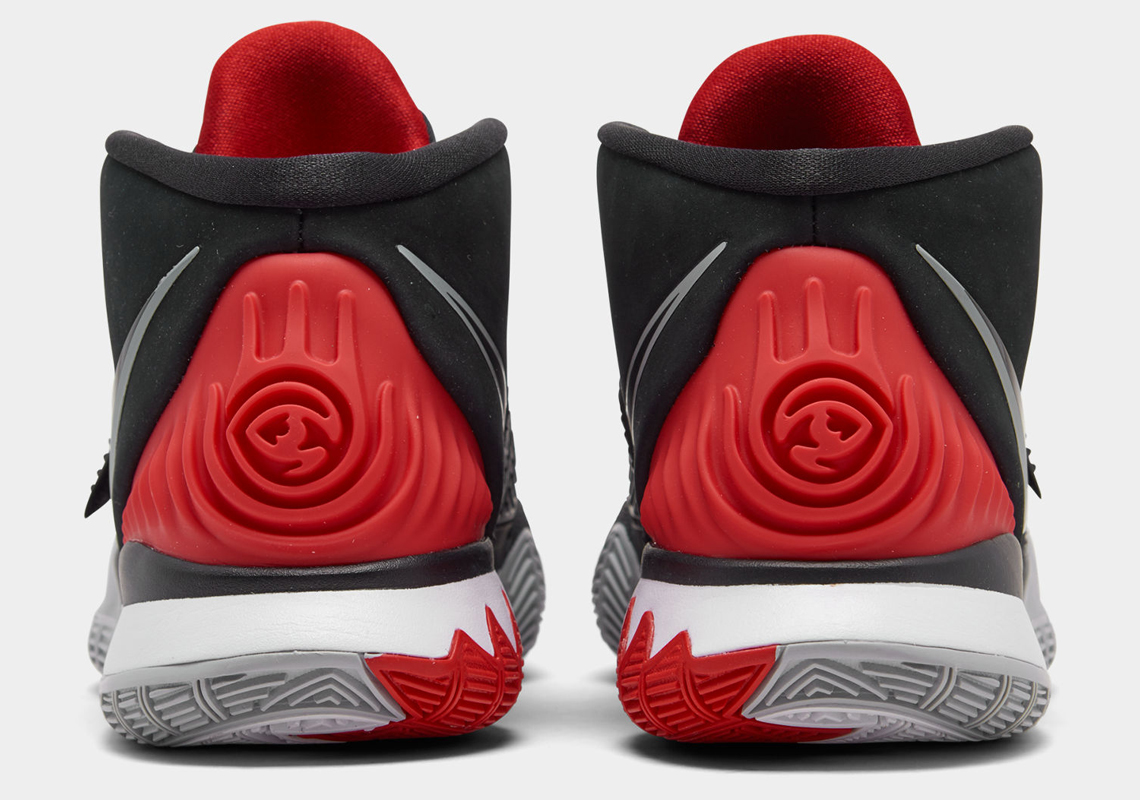 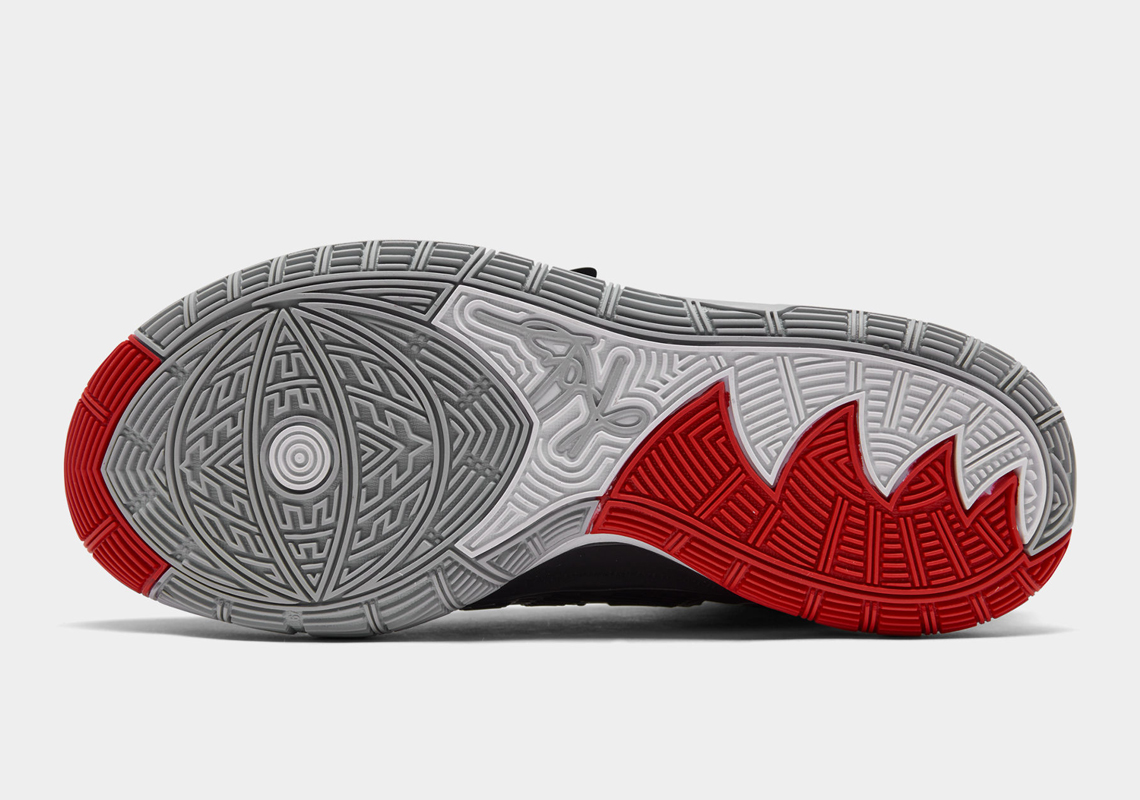 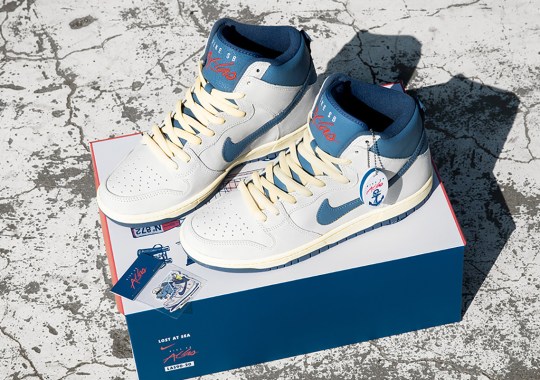 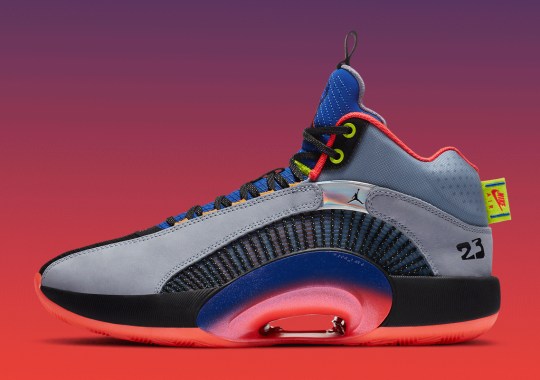 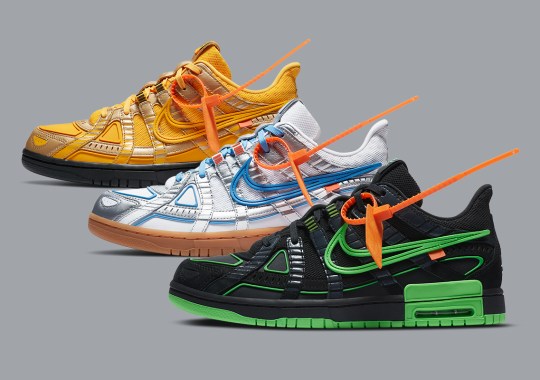