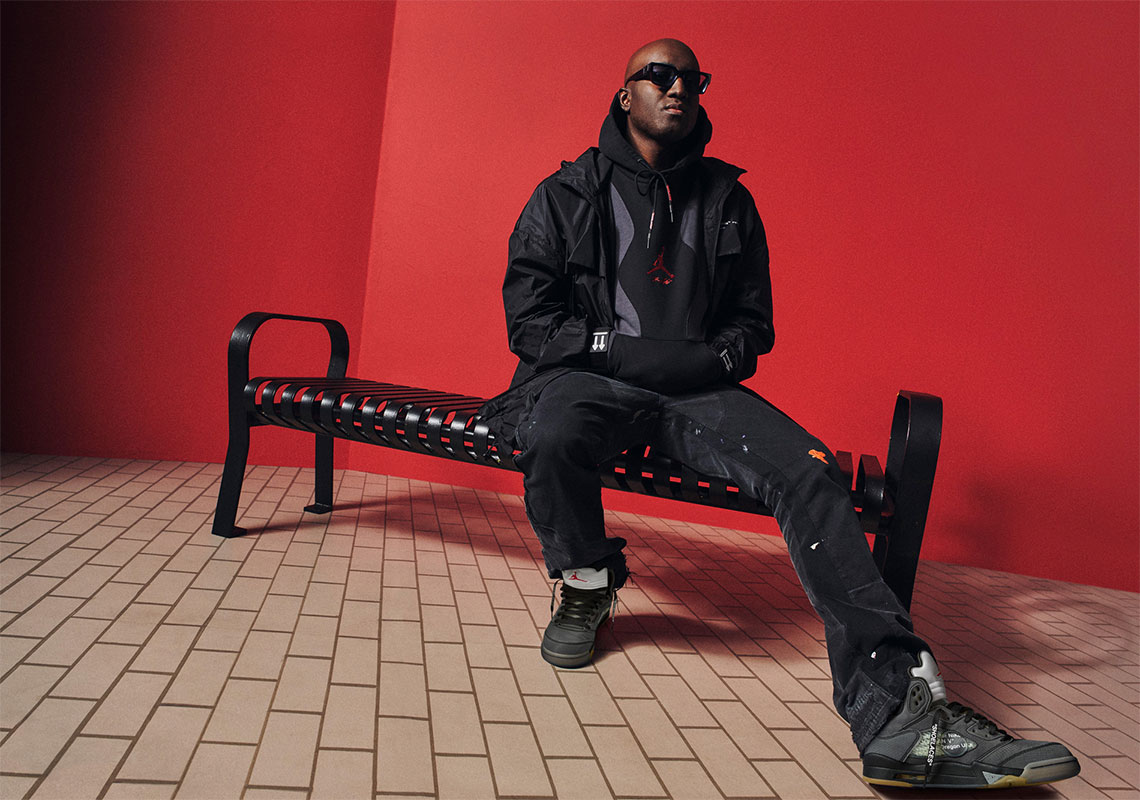 Within the world of fashion and sneakers, Virgil Abloh has undoubtedly become a household name, though before the designer made his shift into luxury clothing, he was but a small up-and-comer printing on blanks with his early imprint Pyrex Vision. Now, after the mainstream success of Off-White, he’s gone on to join the Nike umbrella with a wealth of deconstructed collaborations — the Air Max 90, the Air Force 1, his starring Air Jordan 1, and much more all at the helm of his “The Ten” series. Now, however, the Chicago-native is helping pay homage to All-Star Weekend’s landing in his home of Chicago, using the Air Jordan 5 to speak his narrative in a design language that is far evolved from the “three-year-old idea that [he’s] not interested in anymore.”

Thus began a story more personal, as the “Black Metallic” AJ5 holds a special place for Virgil as the very first Jumpman silhouette of his childhood; it sat center stage in his bedroom — there to adore when he woke up, went to sleep, and everything in between — and now it does the same yet again though for a much larger audience. Bearing the general coloring of the aforementioned, the Off-White adaptation aims for an ethos far more abstract with its very fabrication, a material heavily technical relative to the standard of smooth leathers and the like. Overlapping by way of its usual paneling, the various pieces display pronounced stitching along its edges, leading to the typical typefaces along the side or quotations at the laces. There also lies circular spots that beg for the DIY’d incision, an abstract interpretation of the meaning of “Nike Air;” these holes, as they seat the model itself once cut, also carry over to the box in further alignment with the on-going themes of his more recent releases. “I grew up in the Jordan era,” touts Virgil, a fact that is very obviously interwoven in the release. He then goes on to analogize superhero capes to Jordans — “It’s about believing.”

Alongside a set of apparel, the Off-White Jordan 5 will drop during All-Star Weekend on February 15th. 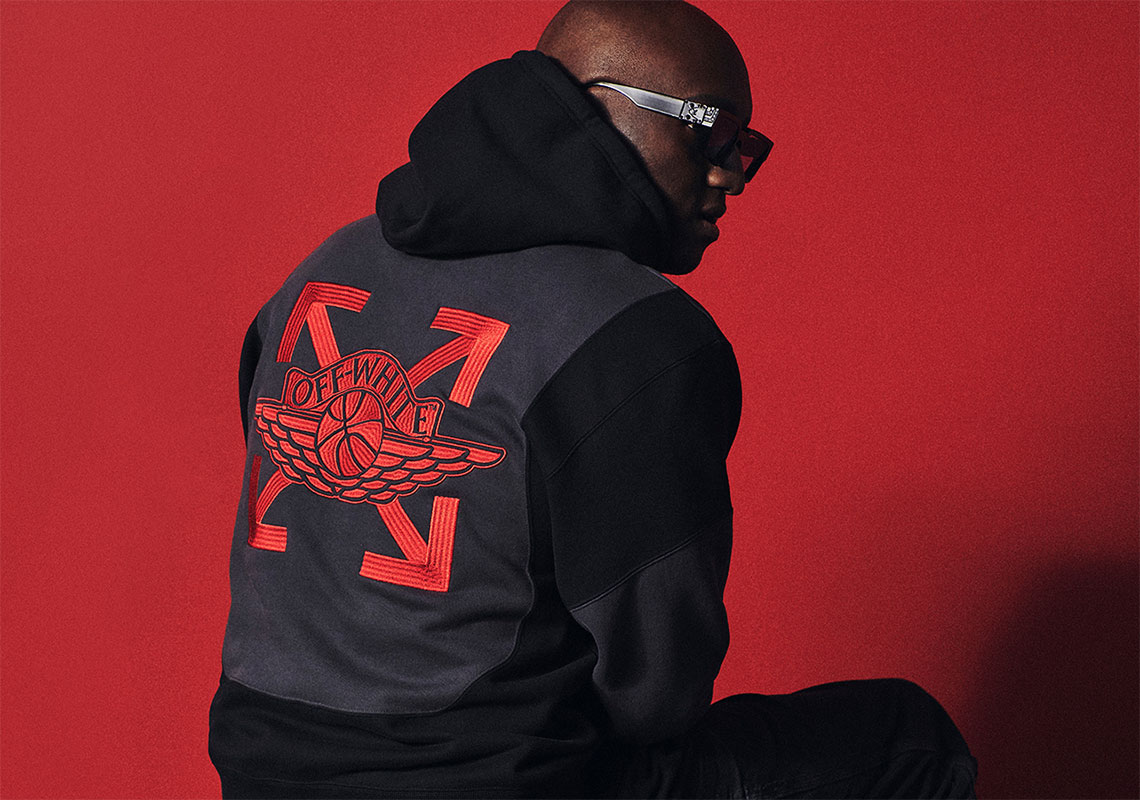 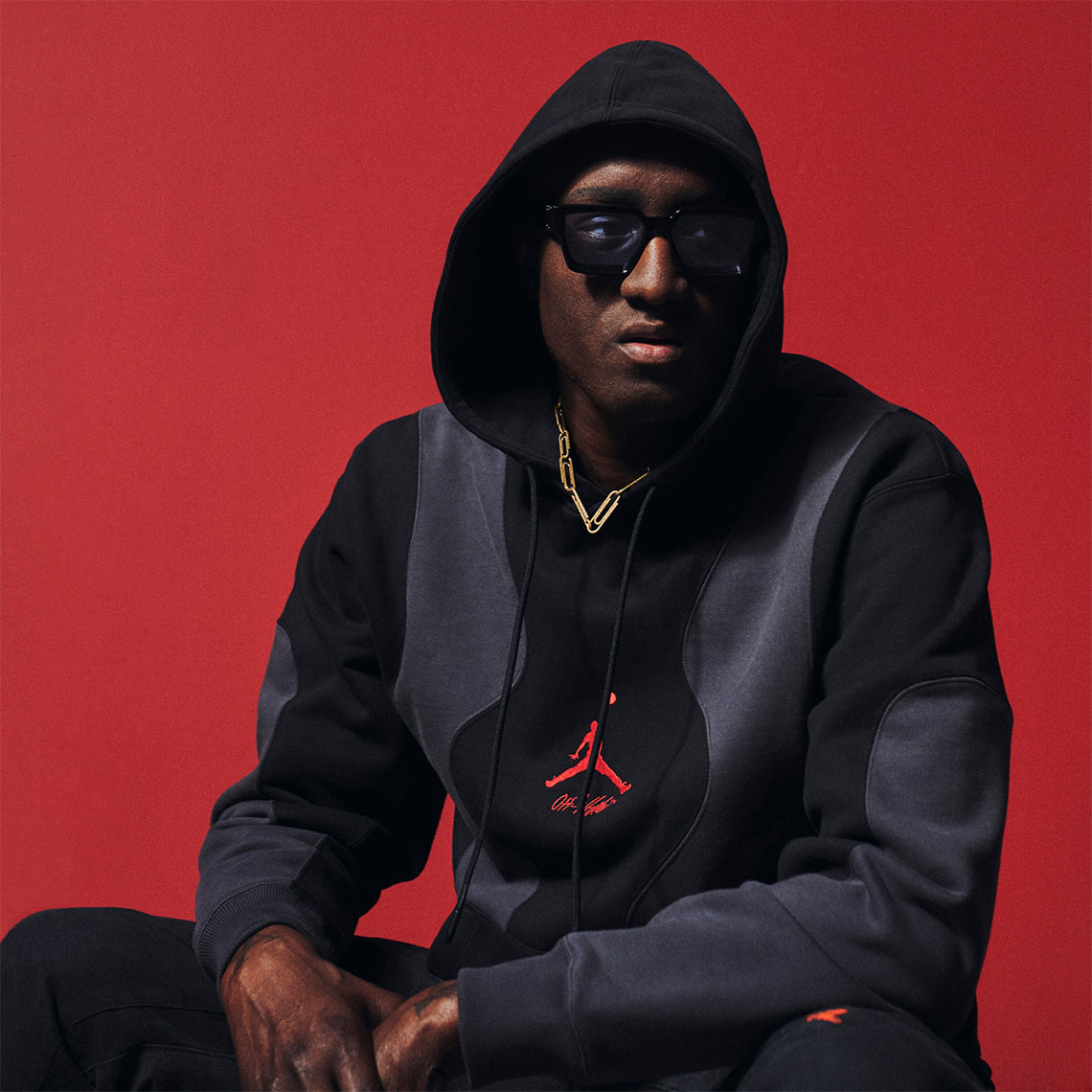 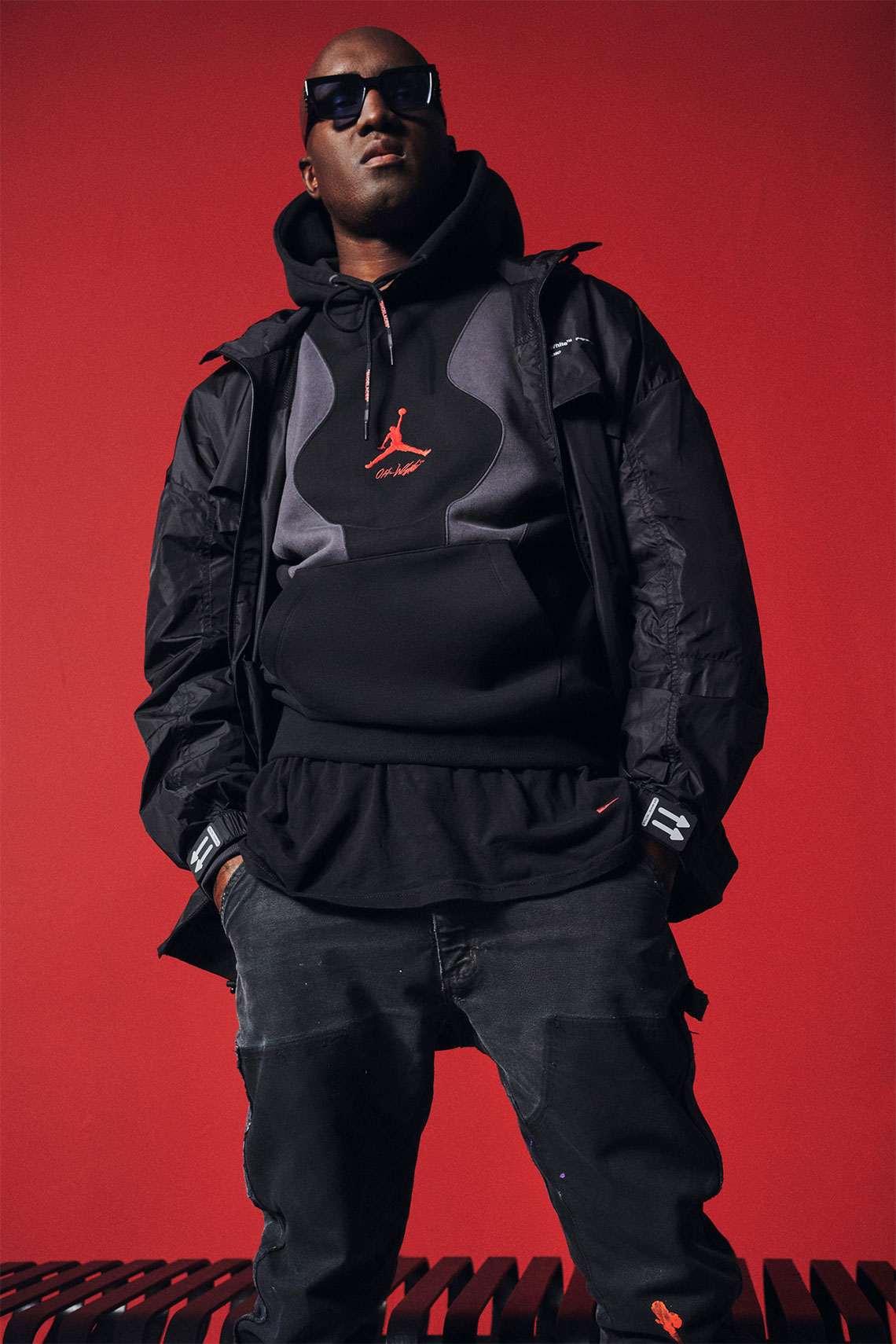 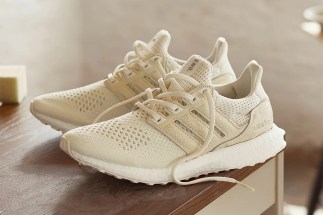