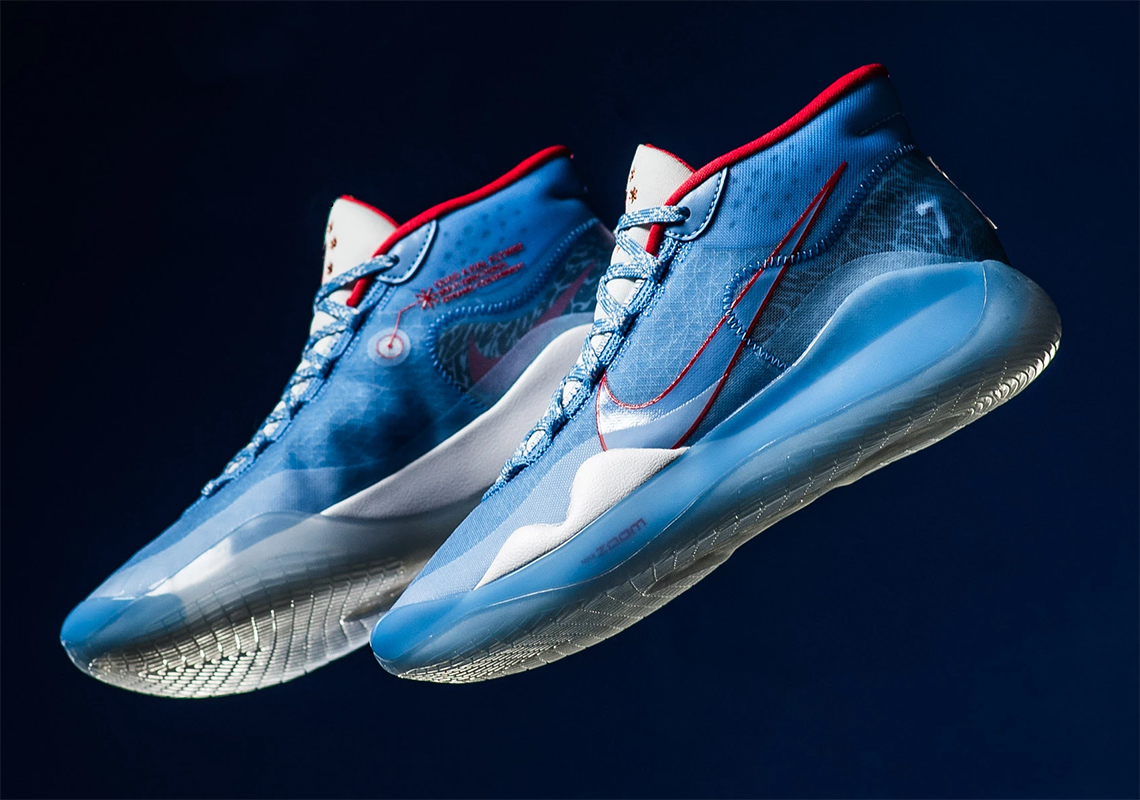 The spotlight is shining brightly on Windy City this weekend, especially for sportswear juggernauts such as Nike who are gearing up for their NBA All-Star Weekend rollouts. Creatives who hold close ties to the city have been called upon to help design a special range of sneaker releases, one of whom is streetwear maven Don C. In addition to releasing an Air Force 1 collaboration under his own Just Don imprint, his design talents have also been summoned to the Swoosh’s basketball department for this forthcoming iteration of the Nike KD 12.

Together, they’ve created a variation that equally serves as a homage to the city and Durant’s prolific All-Star presence. The KD-branded tongues surround its logo with embroidered stars that amount to 10 in quantity to reference his total number of All-Star appearances, and continue to the heel tabs which feature the identical quadrupled set of starry accents located on the Chicago flag. Hues draw inspiration from the city’s symbol as well by dousing most of its constructions with a vibrant blue and allowing subtle hints of red to rim the Swoosh logos and sock liners. More noteworthy accents to call out include the number 7 – KD’s new uniform number – placed just inside the left side heels which fall against a backdrop of artistic patterns that peak through its slightly translucent rear film. Looking to pick up a pair? They will be dropping on Saturday, February 15th on Nike.com and the retailers listed here below for $160. 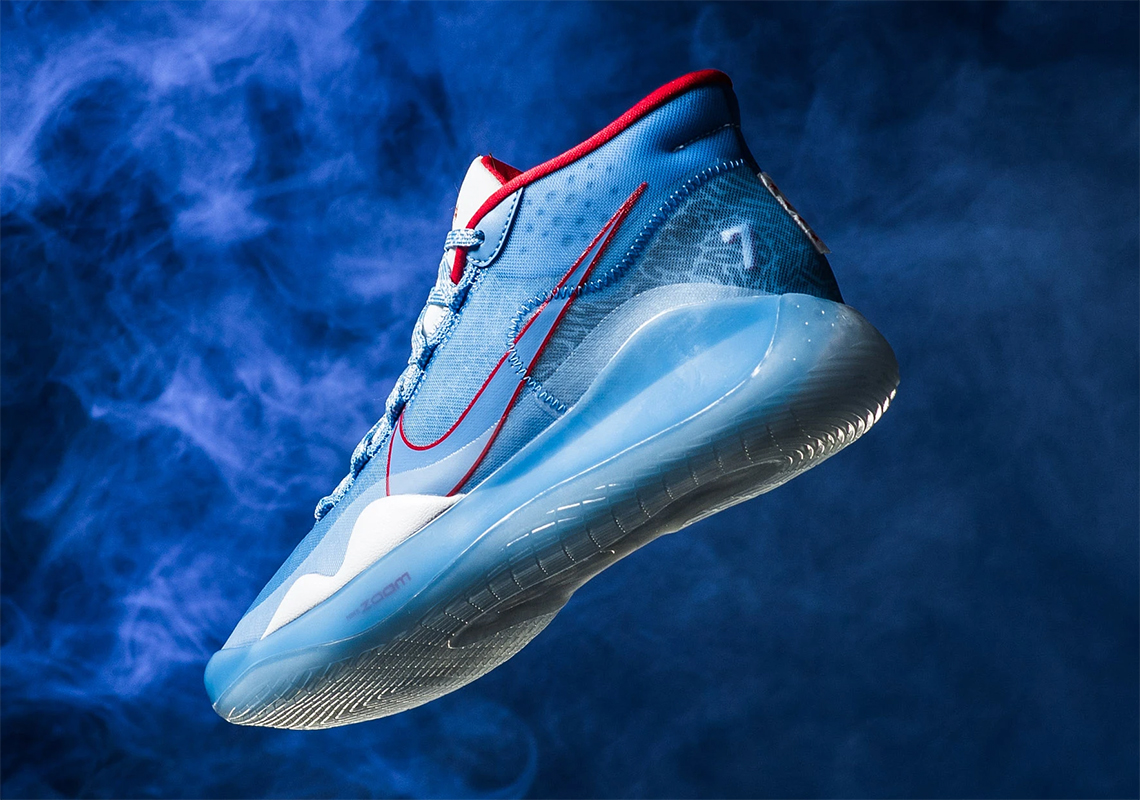 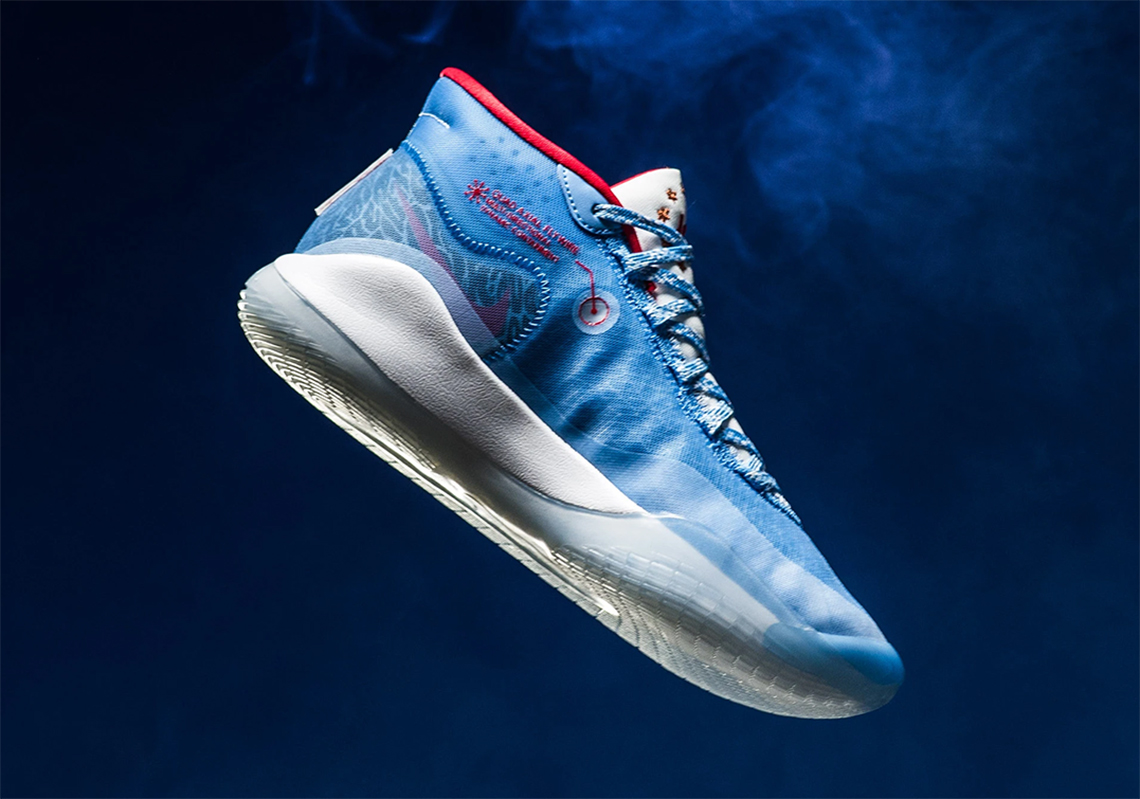 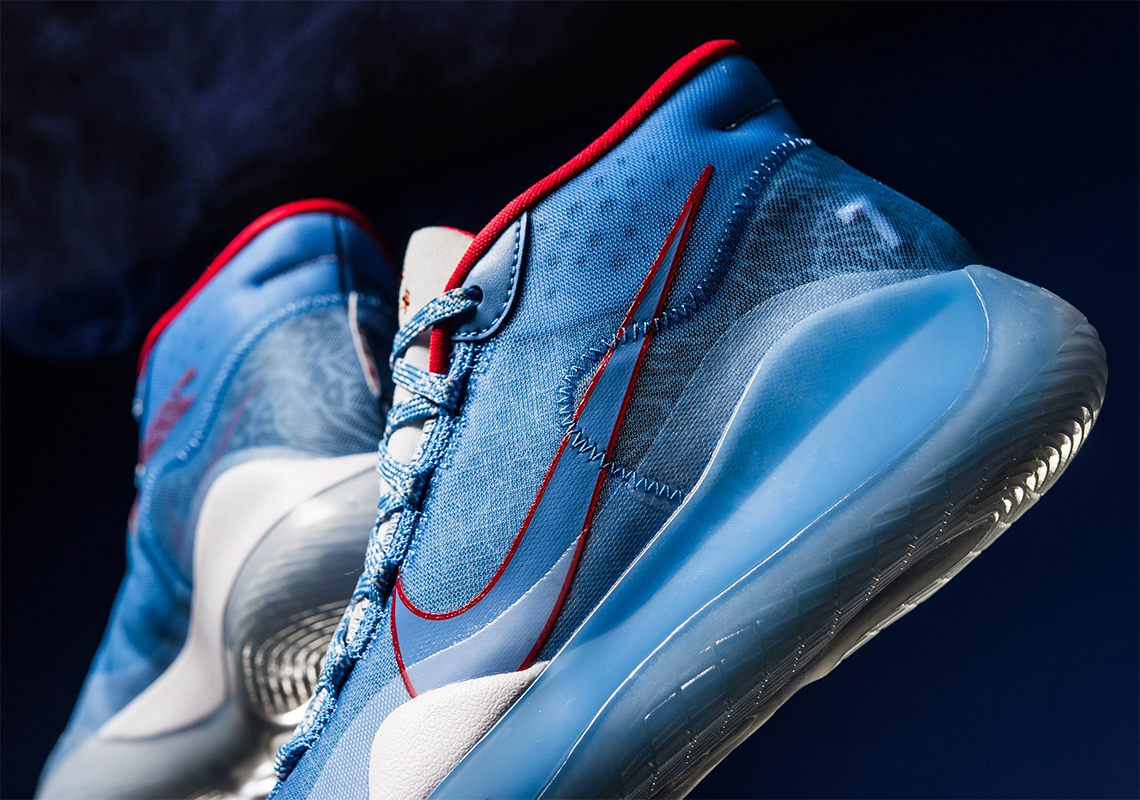 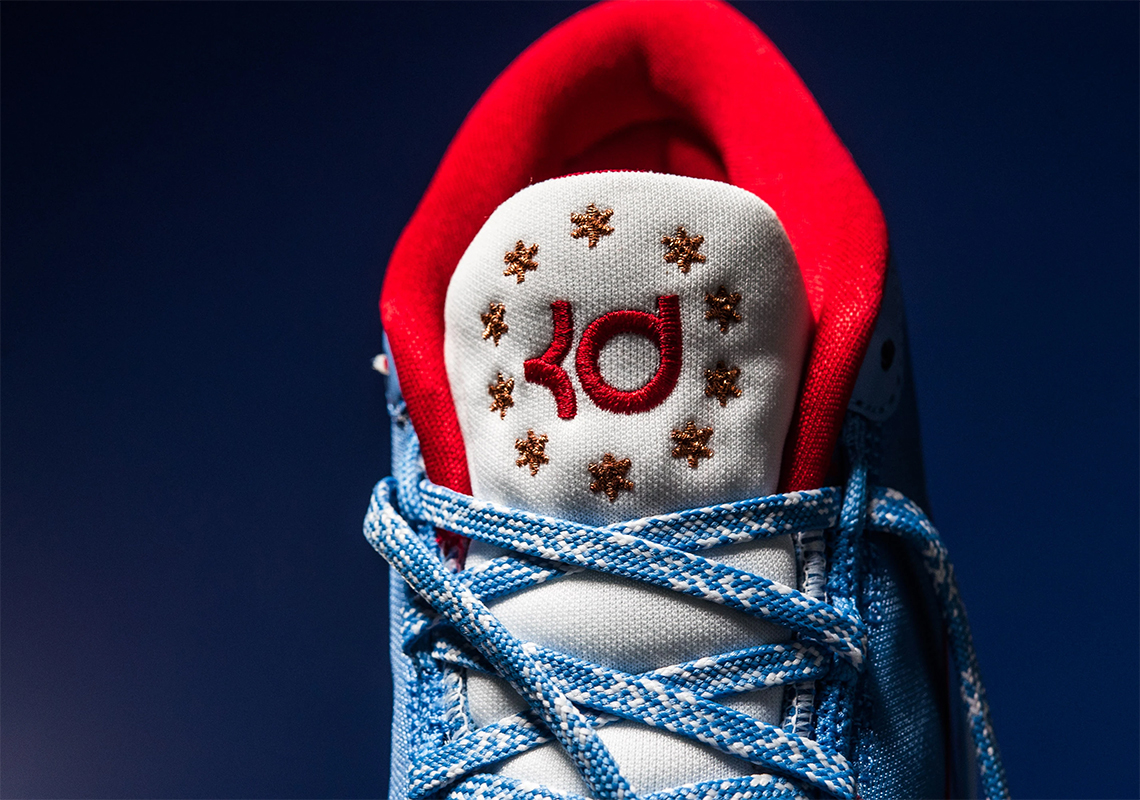 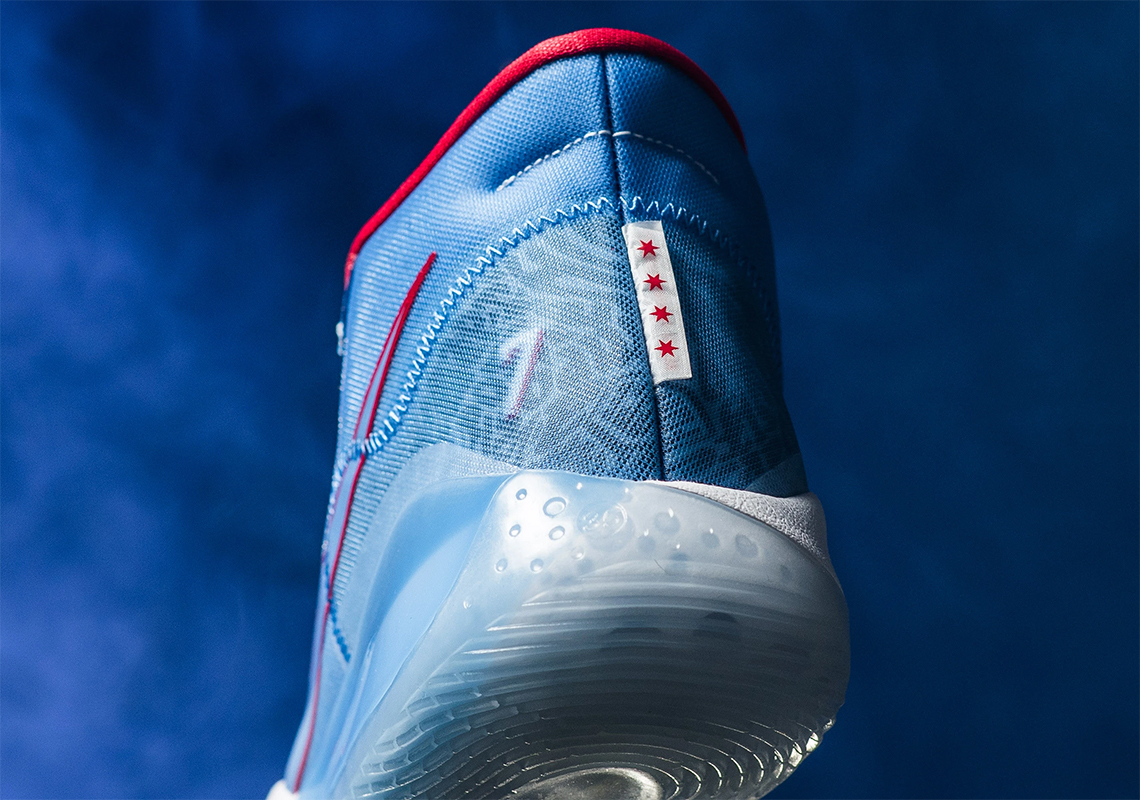 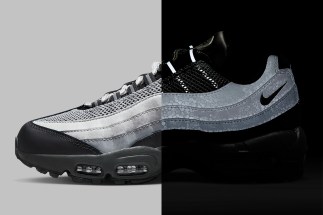