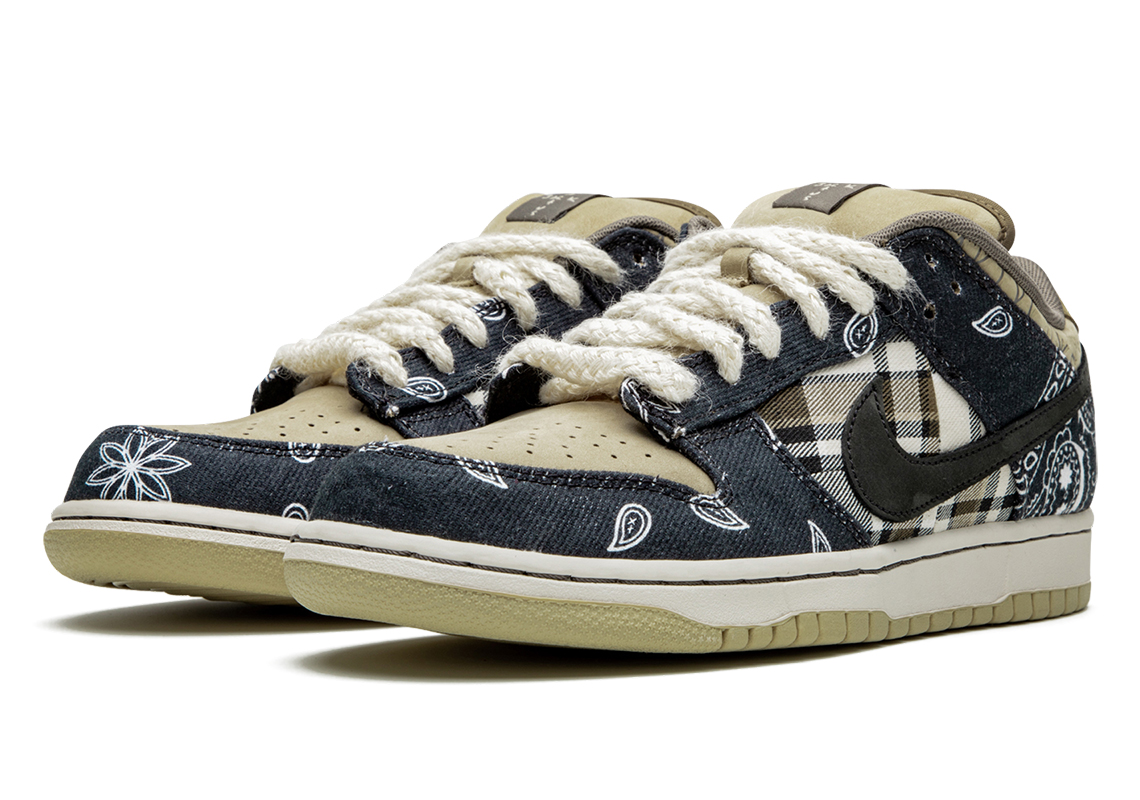 Arguably the most influential sneaker collaborator of this generation, Houston’s very own Travis Scott continues to run up the numbers in terms of the amount of silhouettes he’s given the opportunity to touch on within Nike and Jordan’s catalog. Building off the strong momentum that his footwear saw in 2019, La Flame kicks off the new decade via a Dunk Low collaboration with Nike SB. Considering the fact that the talented rapper has often displayed his affinity for the skateboarding division by rocking several nostalgic SB colorways in recent memory, it was only a matter of time before Beaverton gave him the chance to propose his own.

Colors, patterns, and materials are certainly expressive of Scott’s signature grungy style and design language. Uppers are done up mainly in a khaki-toned base, and coupled with deep navy corduroy overlays wrapped in bandana patterns, followed by mismatching black and pink Swoosh logos, and tartan plaid decorations injected into the mid-foot panels. Swapped out features include the laces which now find themselves constructed with rope-like fabrications, followed by the tongue logos which nod to his burgeoning Cactus Jack label. Furthermore, hidden beneath its aforementioned navy overlays comes woodsy camouflage patterns that were applied to his previous Air Force 1 collaboration. Detailed shots of the kicks are available right here, so take a close look and expect these to be dropping likely on Nike.com and select retailers on February 29th for $150.

UPDATE (2/22/2020):
Travis Scott’s online shop will release the shoes with a special box on February 22nd. A full collection of skate apparel and accessories is also available.

UPDATE (2/19/2020):
The F&F box of the Travis Scott x Nike SB Dunk Low has been revealed. Each panel will bear the image of one pattern employed on the shoe itself. 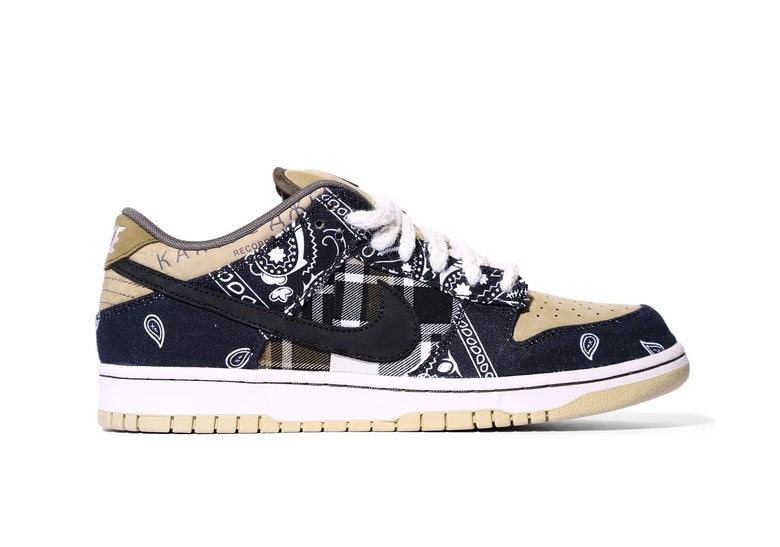 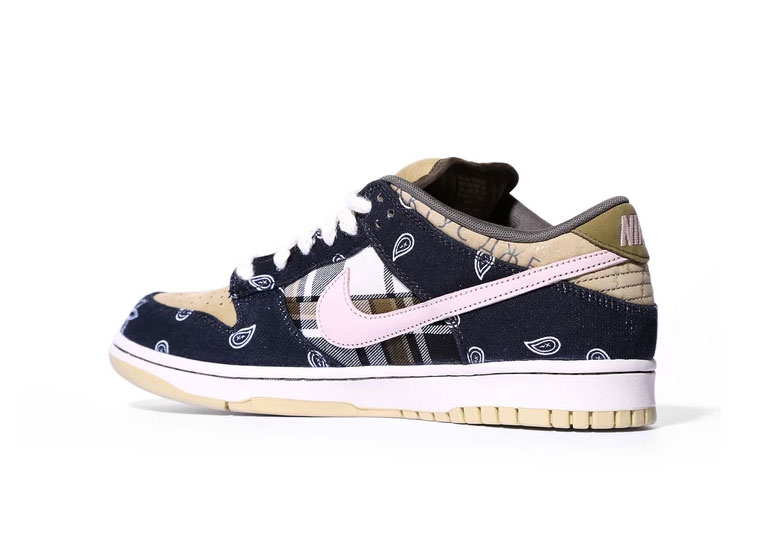 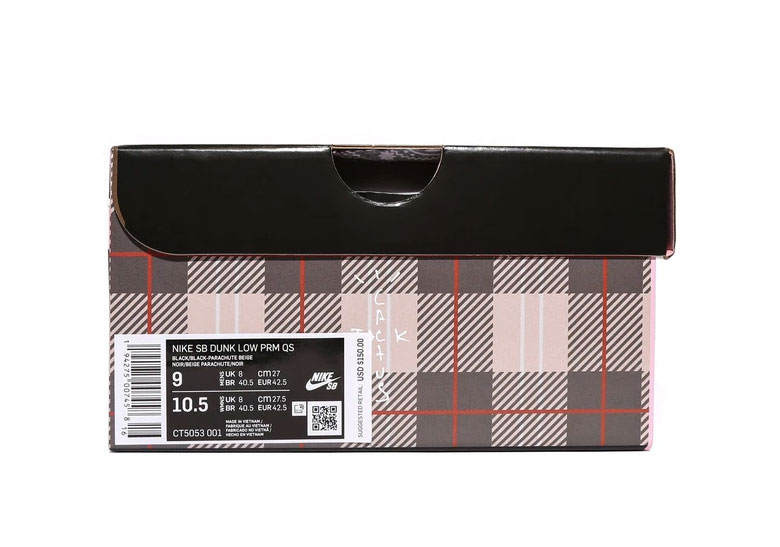 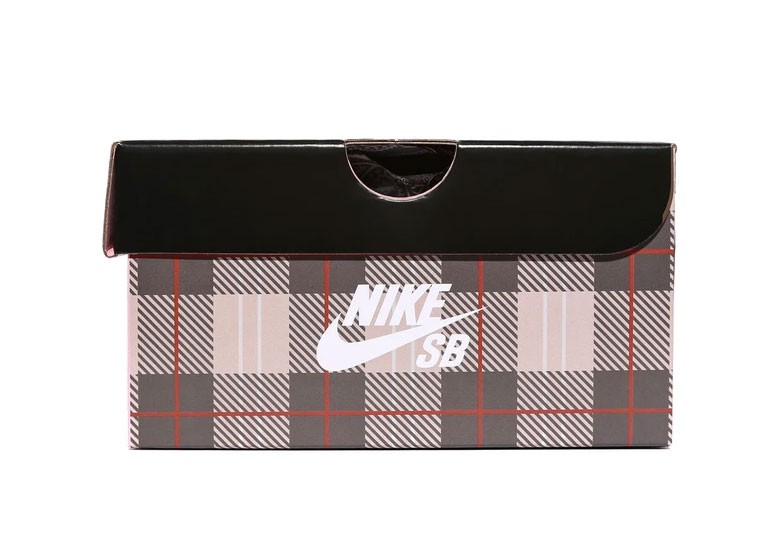 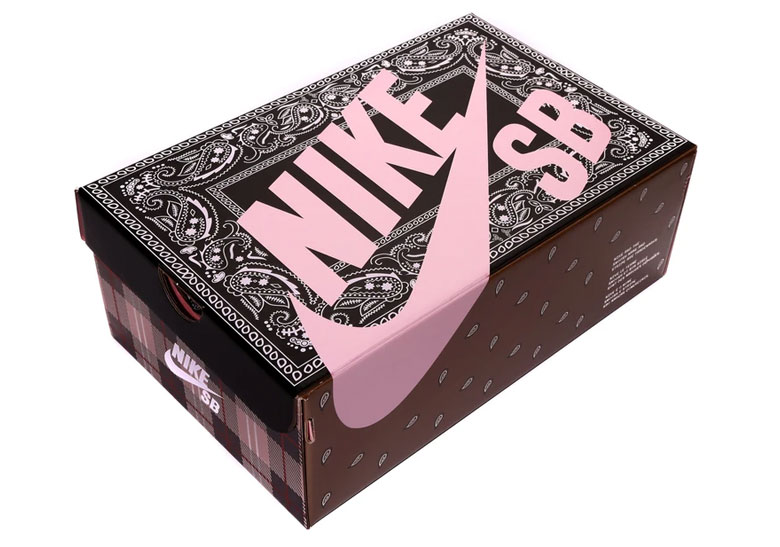 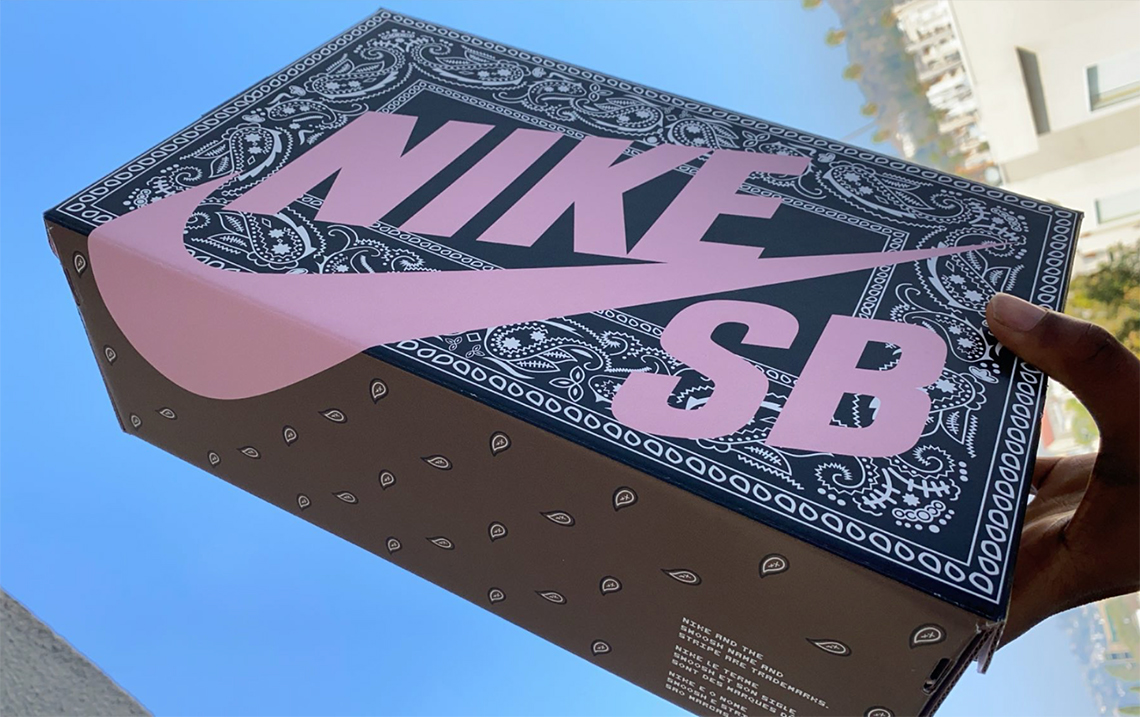 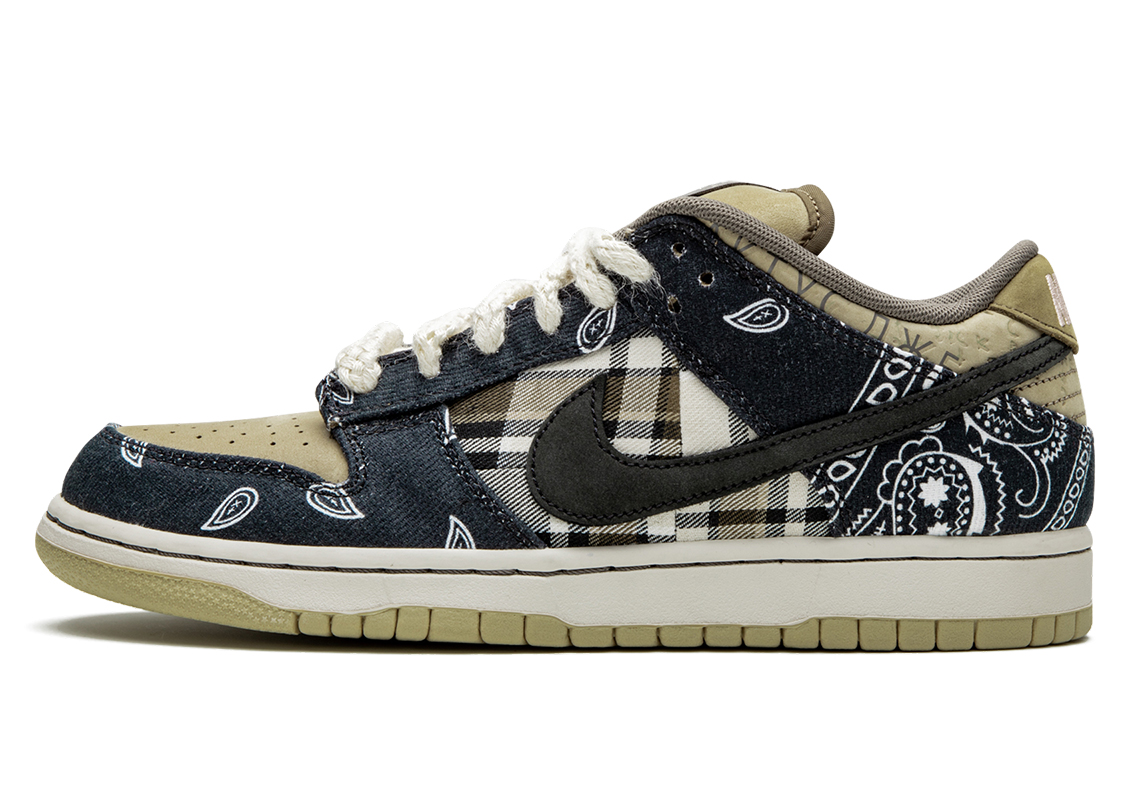 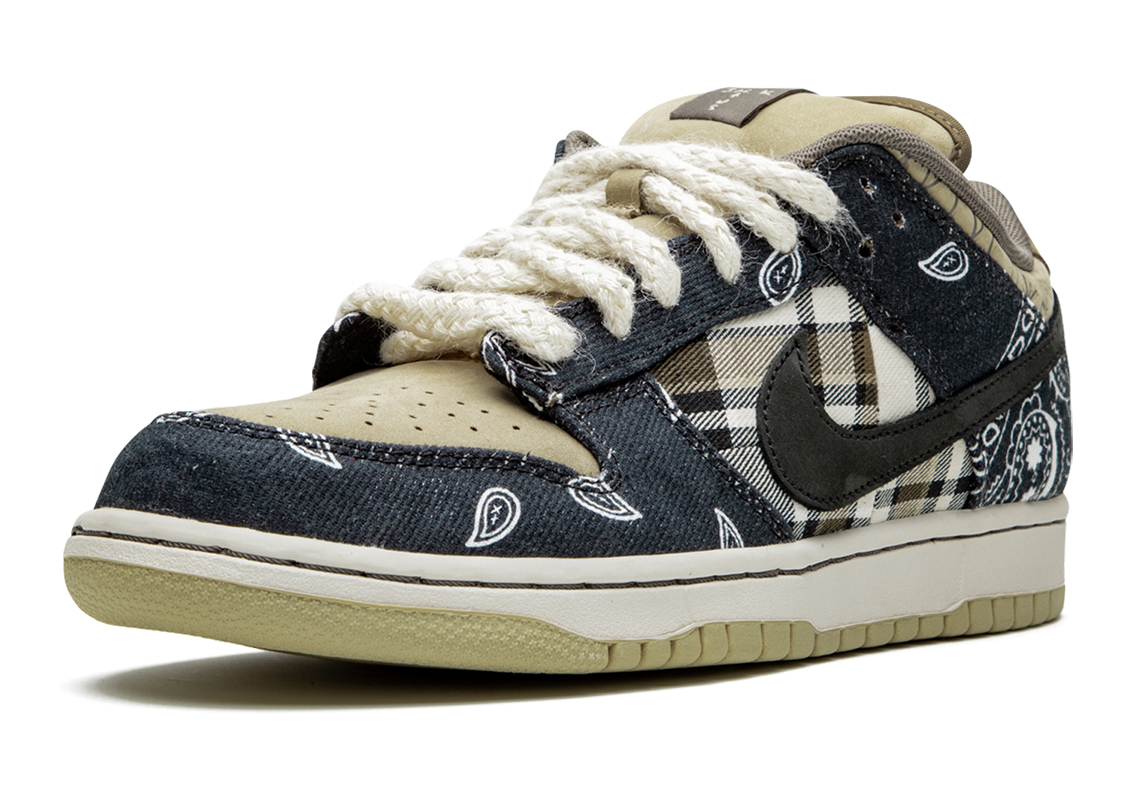 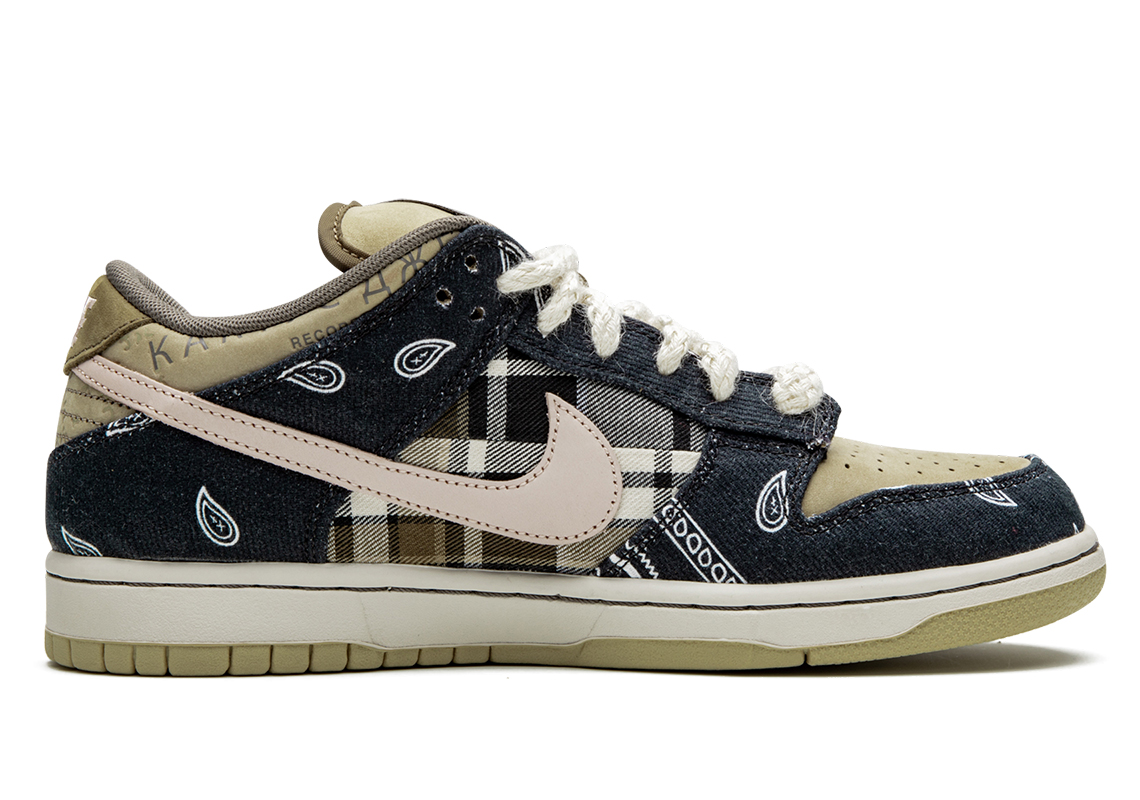 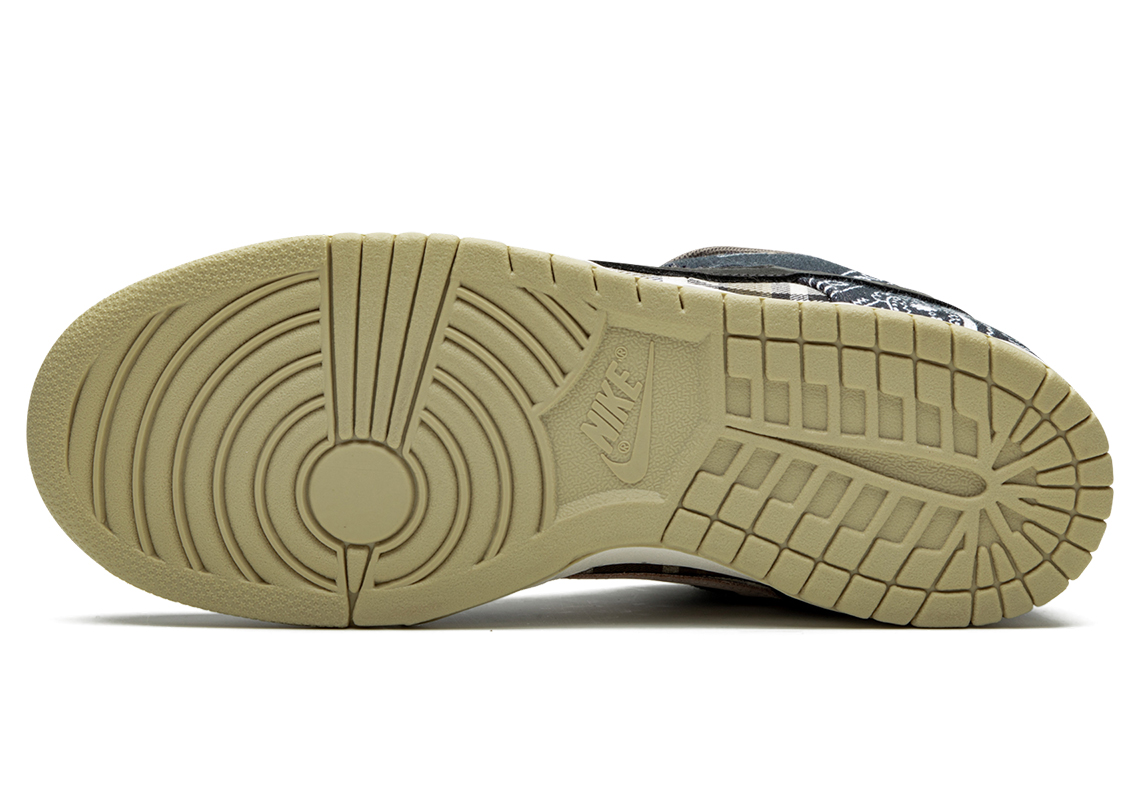