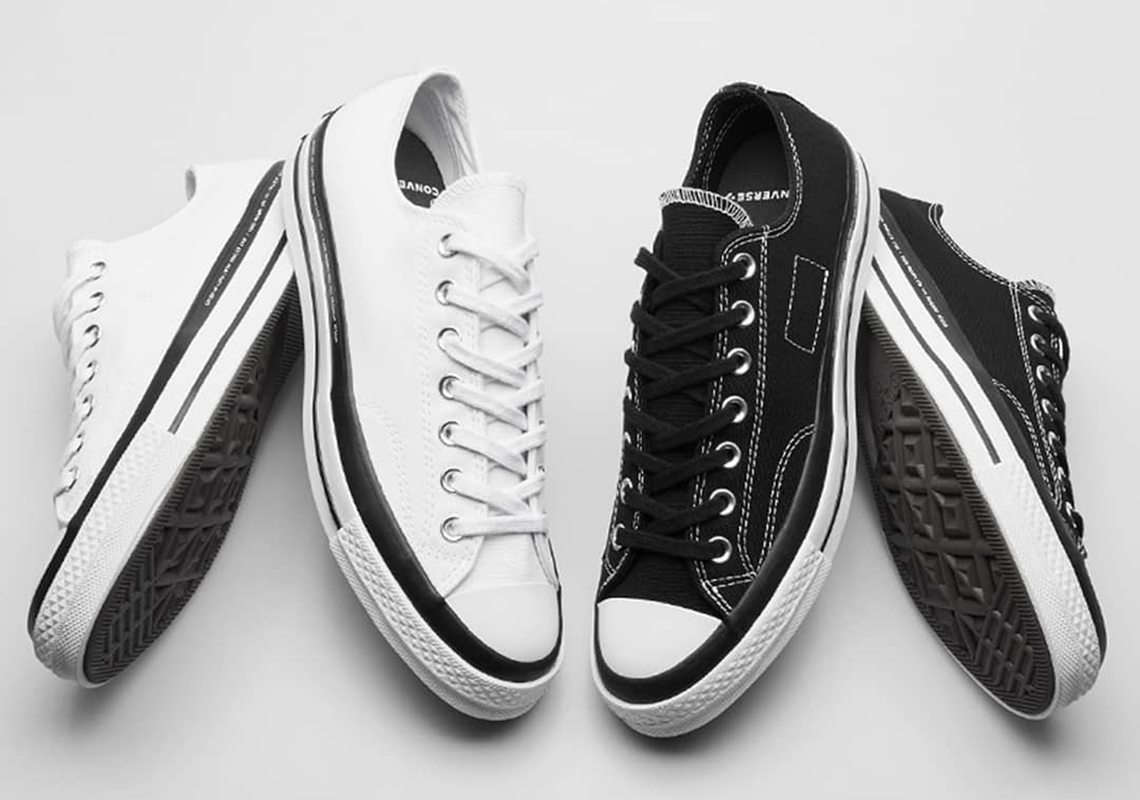 Hiroshi Fujiwara is no doubt a legend and his influence with Fragment Design has spanned collaborations with sacai before her meteoric rise into stardom as well as Converse and Nike much earlier on than any “Nike Boys.” And throughout his illustrious career, the designer has also made up quite a few Chucks in his day in standard and 1970 variations alike, using a minimalist aesthetic to inform its visuals as per usual. Now, set to fully unveil next to apparel and accessories in Milan in only one week’s time, the Japanese stalwart is bringing back the Chuck 70 template used prior, proffering stitched accents at the side panel and text-laden branding alongside a second collaborator, Moncler. Black dresses the canvas, a standard set of white covers other accents, and the subtly modified model even adorns its heel with both the lightning bolt and Moncler insignia. Grab a quick look at the pair here and expect to see much more come February 19th.

UPDATED (8/26/2020):
Both White and Black colorways of the Fragment x Moncler x Converse Chuck 70 Low have surfaced at select retailers and Converse.com. The pair will retail for $135 on September 3rd; END, however, will end their raffle early on August 31st. 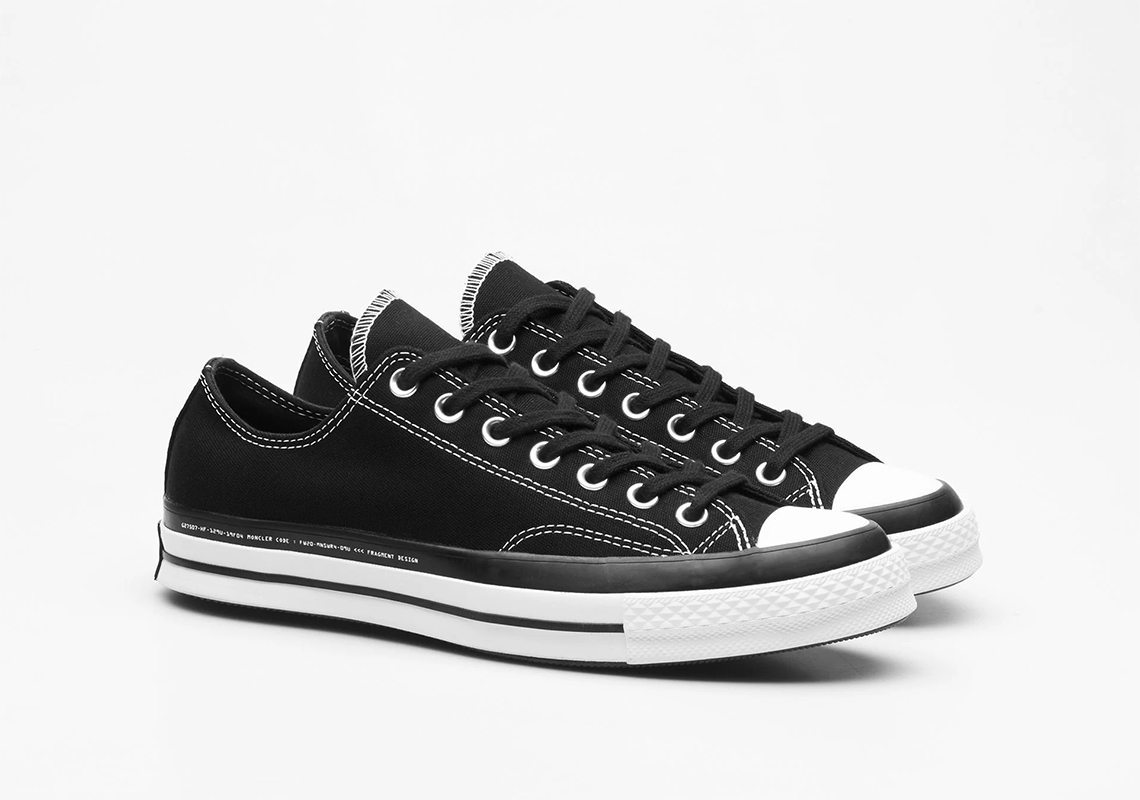 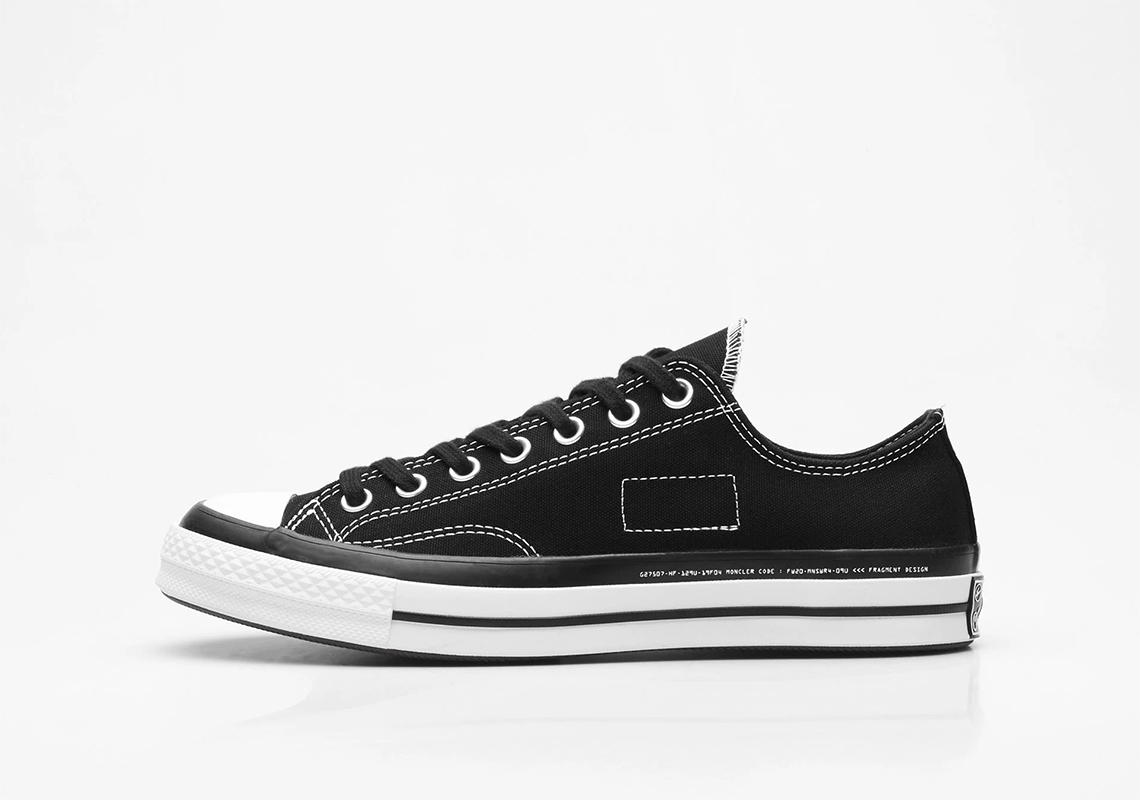 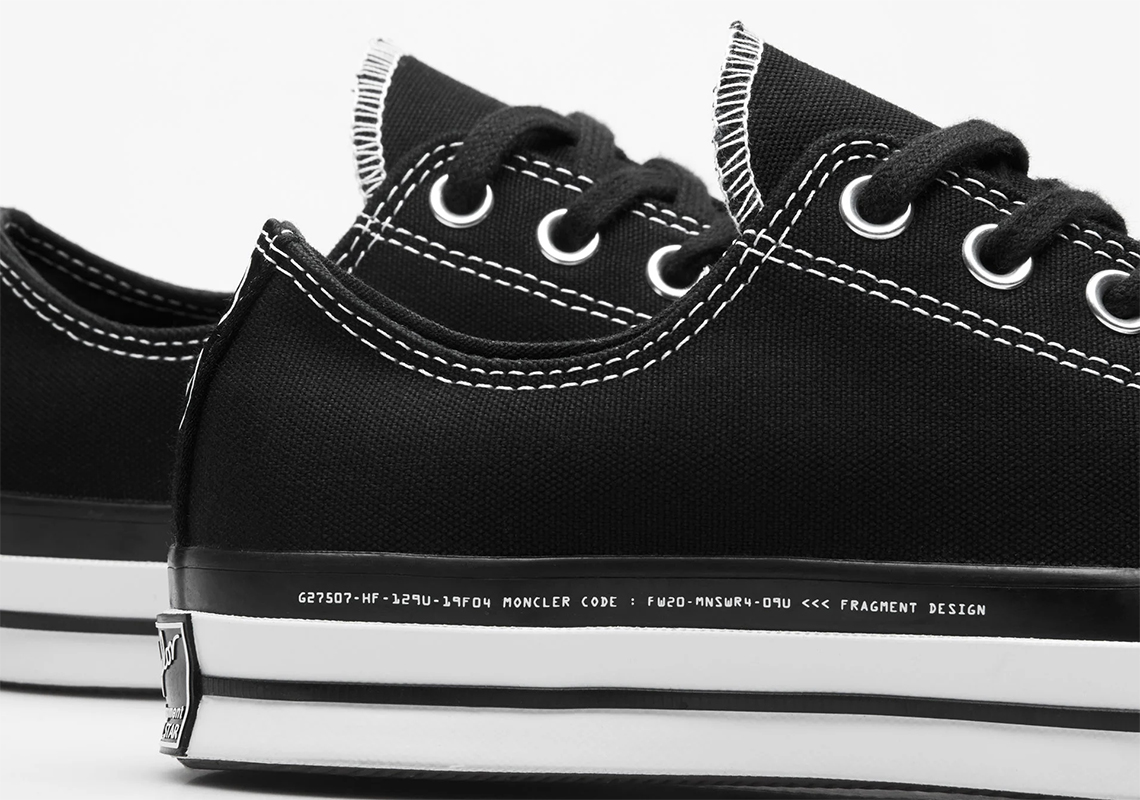 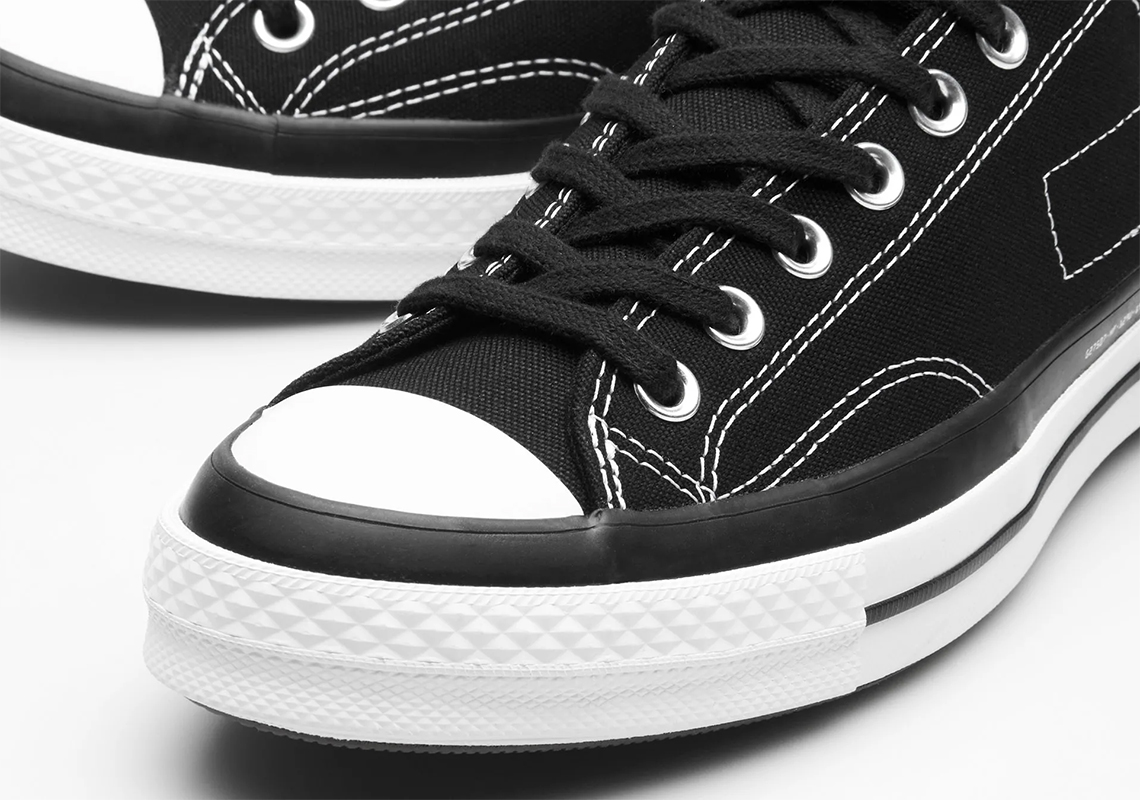 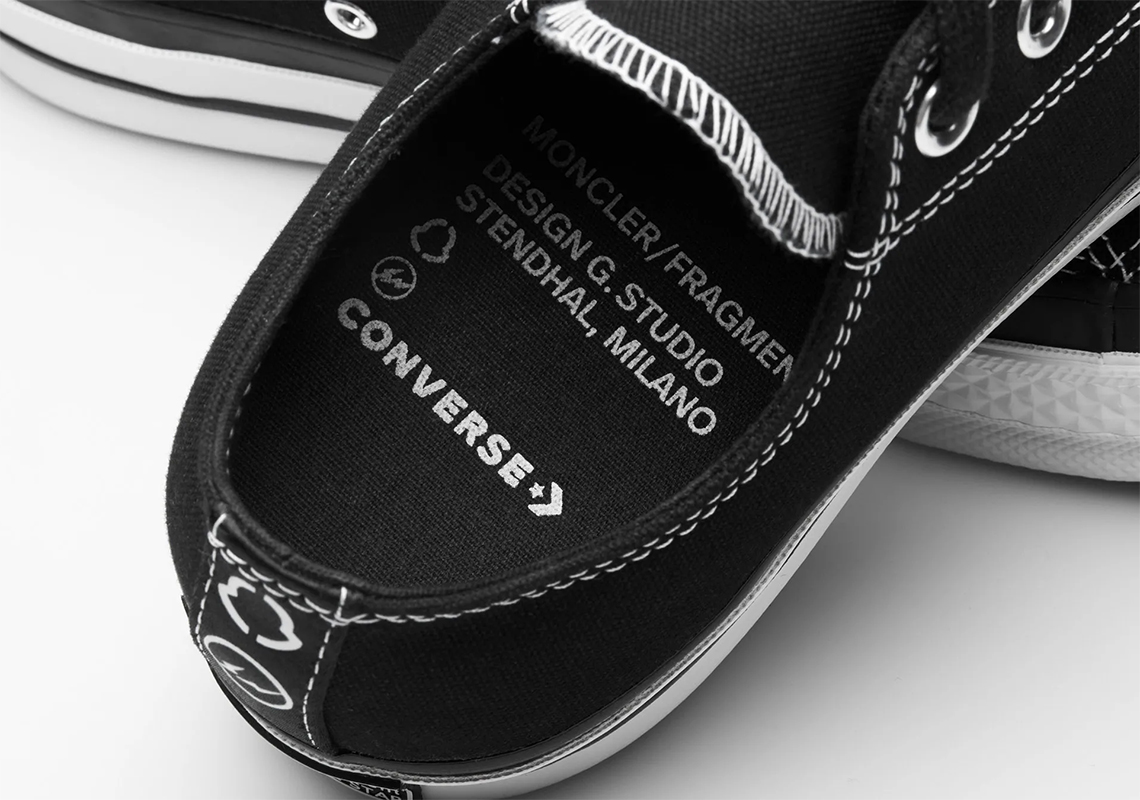 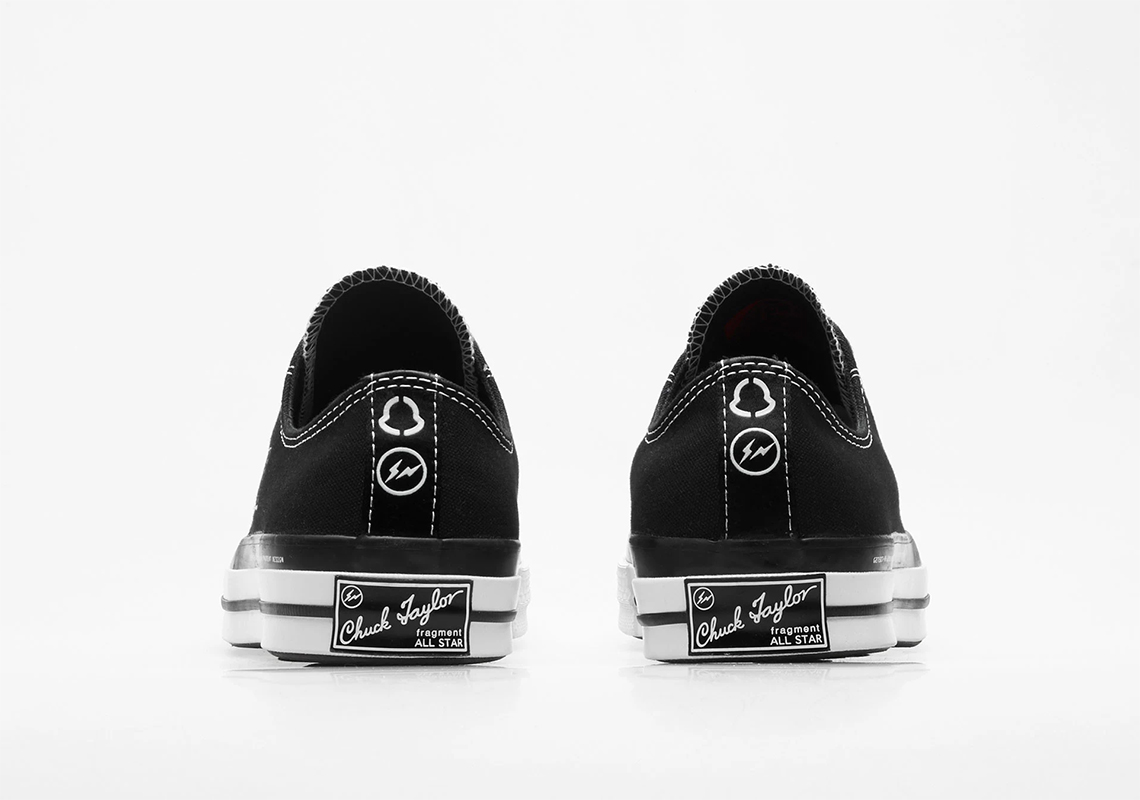 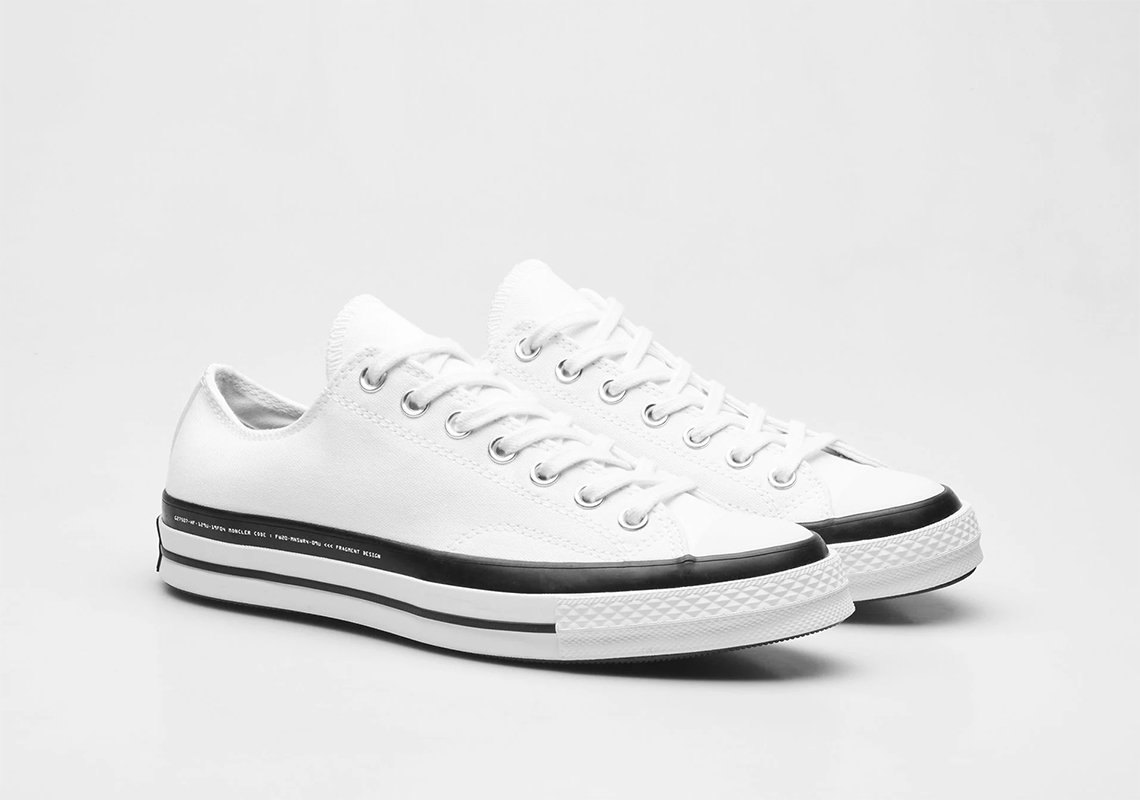 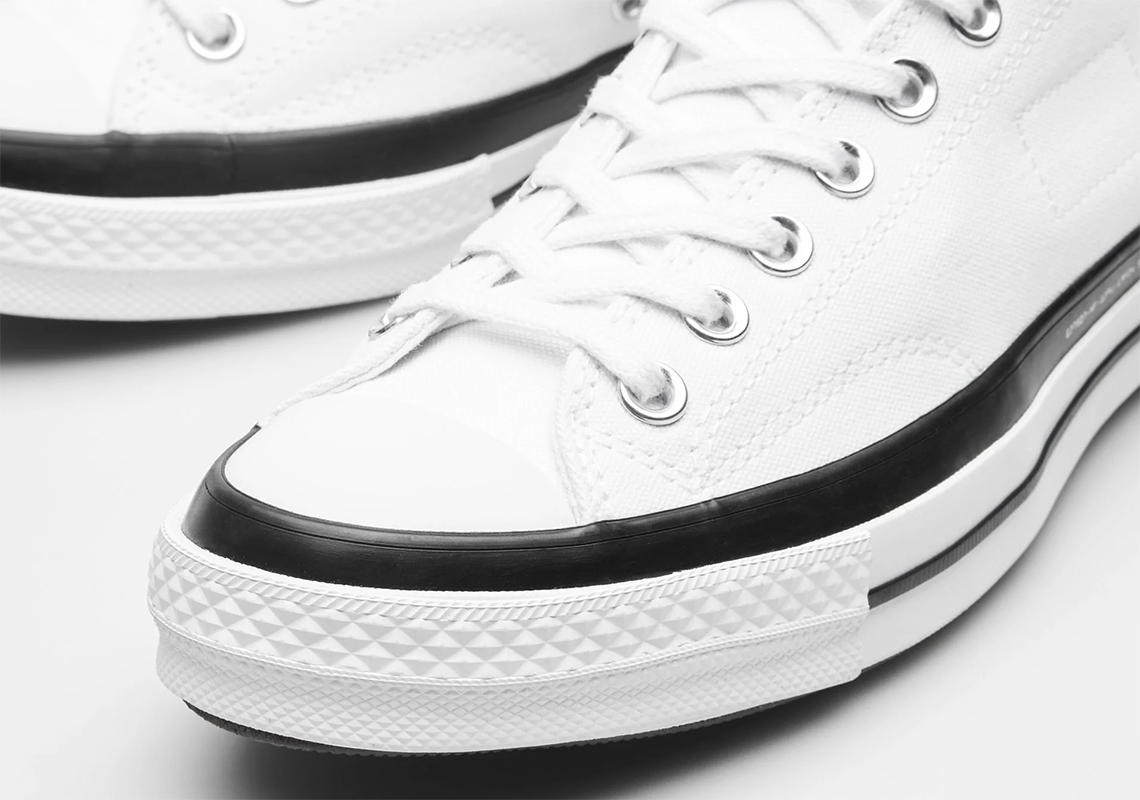 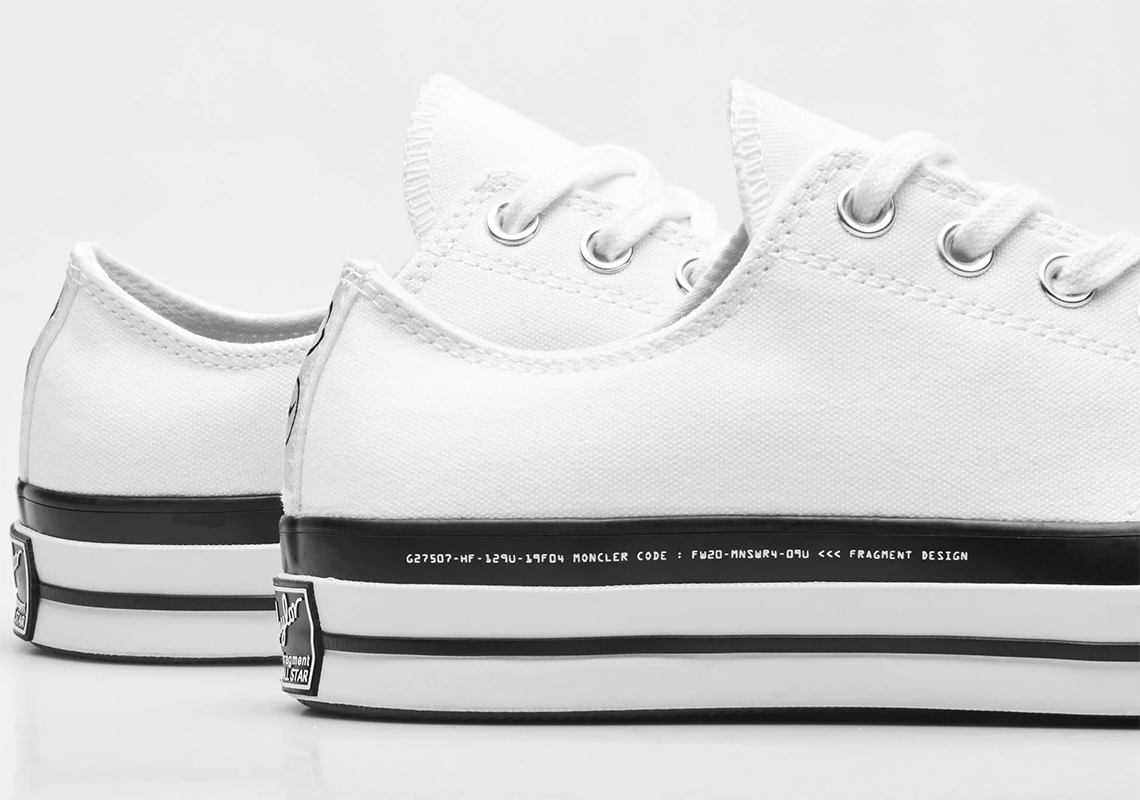 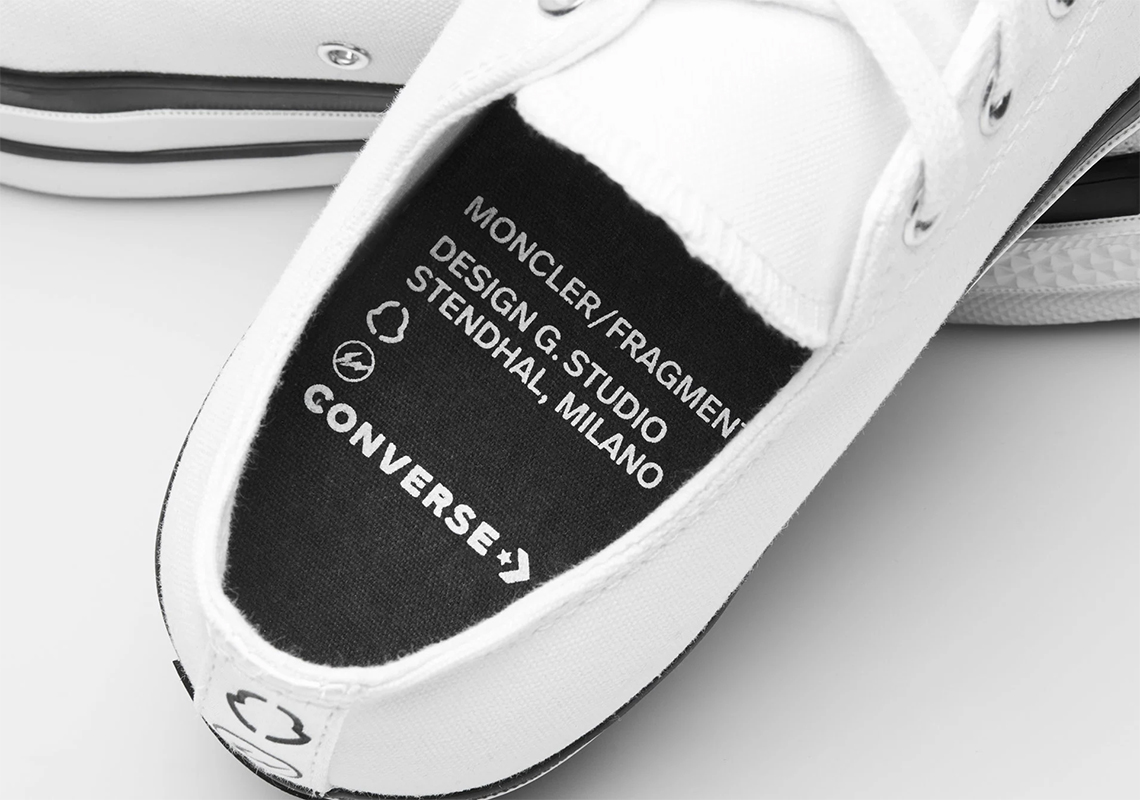 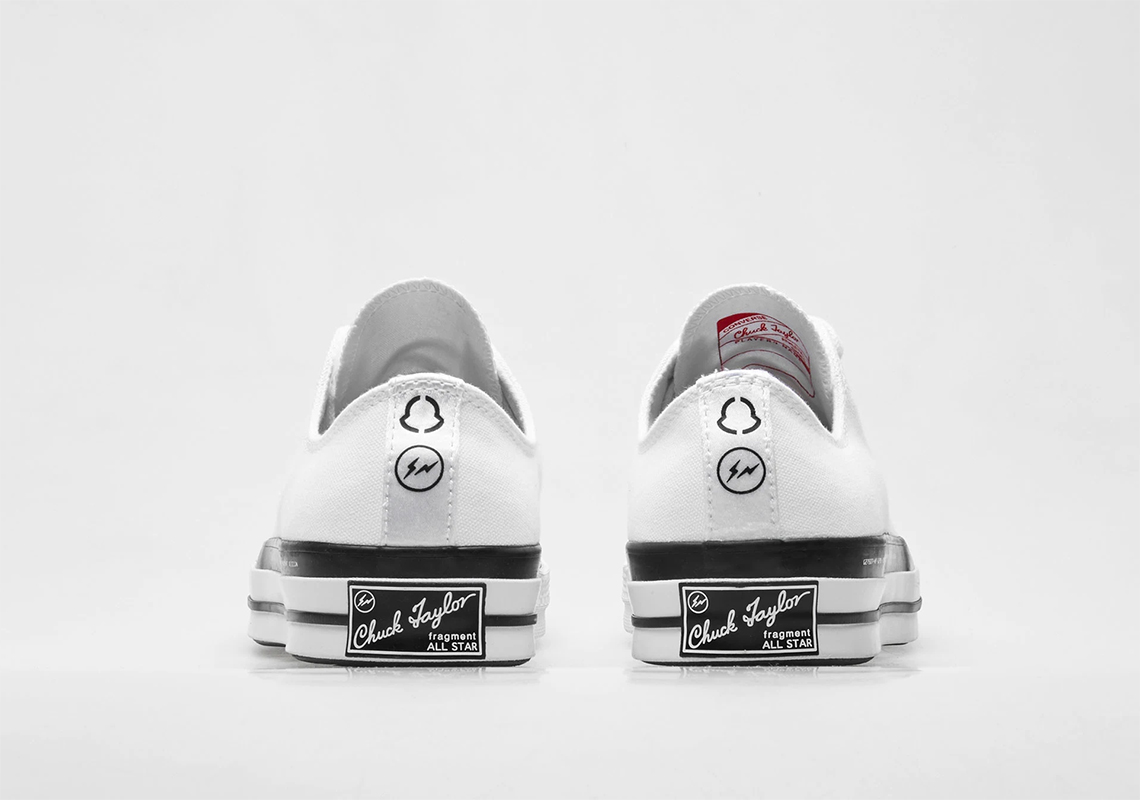