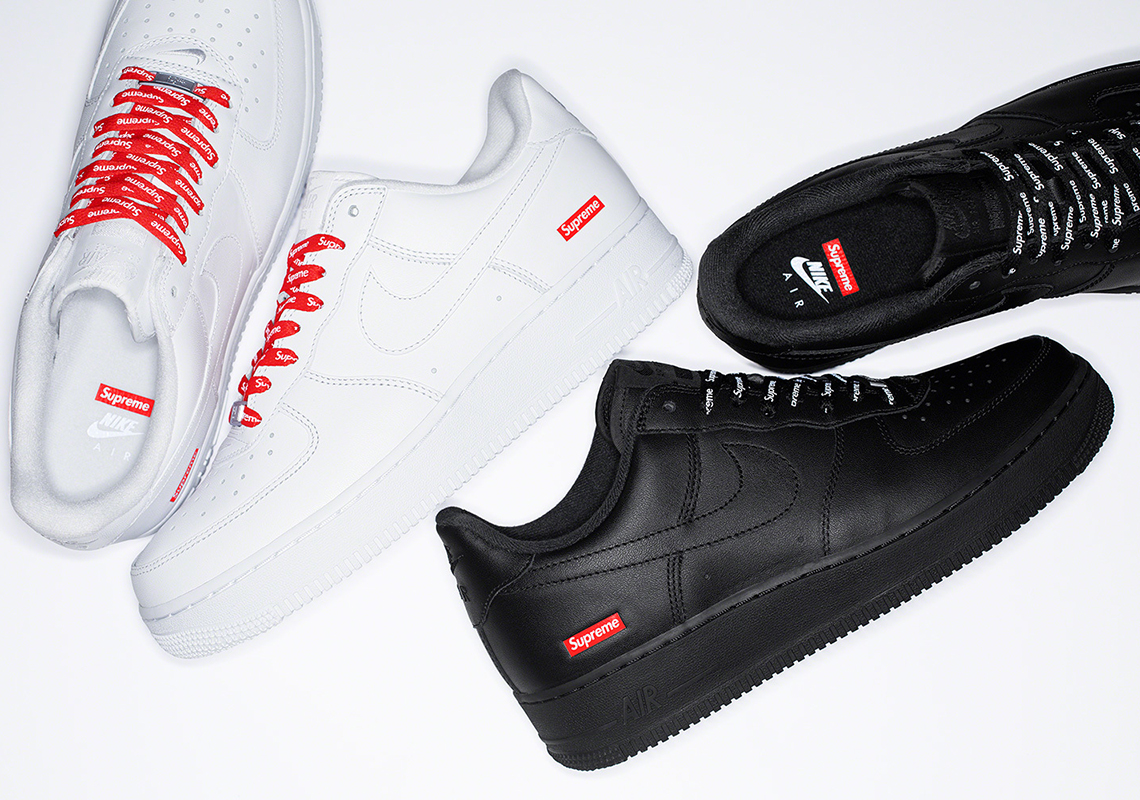 In the league of Nike family collaborators, Supreme is often the most consistent, with each season never coming close to falling short of deliveries. But while previous issues have regarded the past for inspiration — either the brief time the Air Max 95 spent in Italy or the droves of models well-buried in the archive — this season’s is much more attuned to the present, specifically the universally loved and consistently trending Air Force 1. And though it isn’t the first time the imprint has made use of the model, it’s certainly the most understated, removing anything to do with CDG or any of the overbranding they typically would employ. Instead, only box logos affix to the upper in subtle fashion across both the black and white colorways; stamped in vibrant red as per the standard, the Futura type cleanly brandishes the side heel as well as the hidden insole graphic. Leathers are ostensibly of the same breed as general releases, but the extra laces, who boldly cover with the “Supreme” namesake, add a collaborative flair that many were surely expecting. Grab yet another look at these right here and find them at Supreme stores and online come March 5th at a surprisingly reasonable retail price of $96 USD. Also, Supreme has noted that pairs will be restocked regularly throughout “seasons,” so it’s likely their rollout will mimic that of the on-going Hanes partnership.

In other news, Stussy Spridons and more are coming later this season.

Where To Buy – After Market 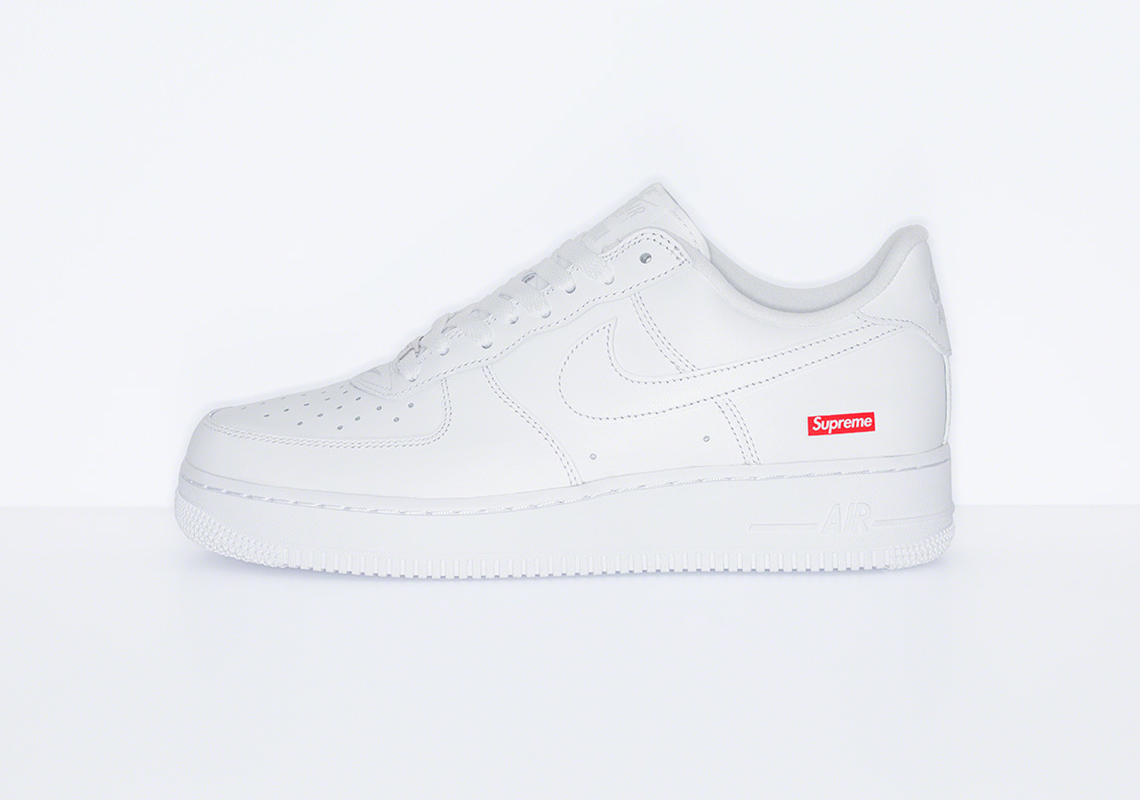 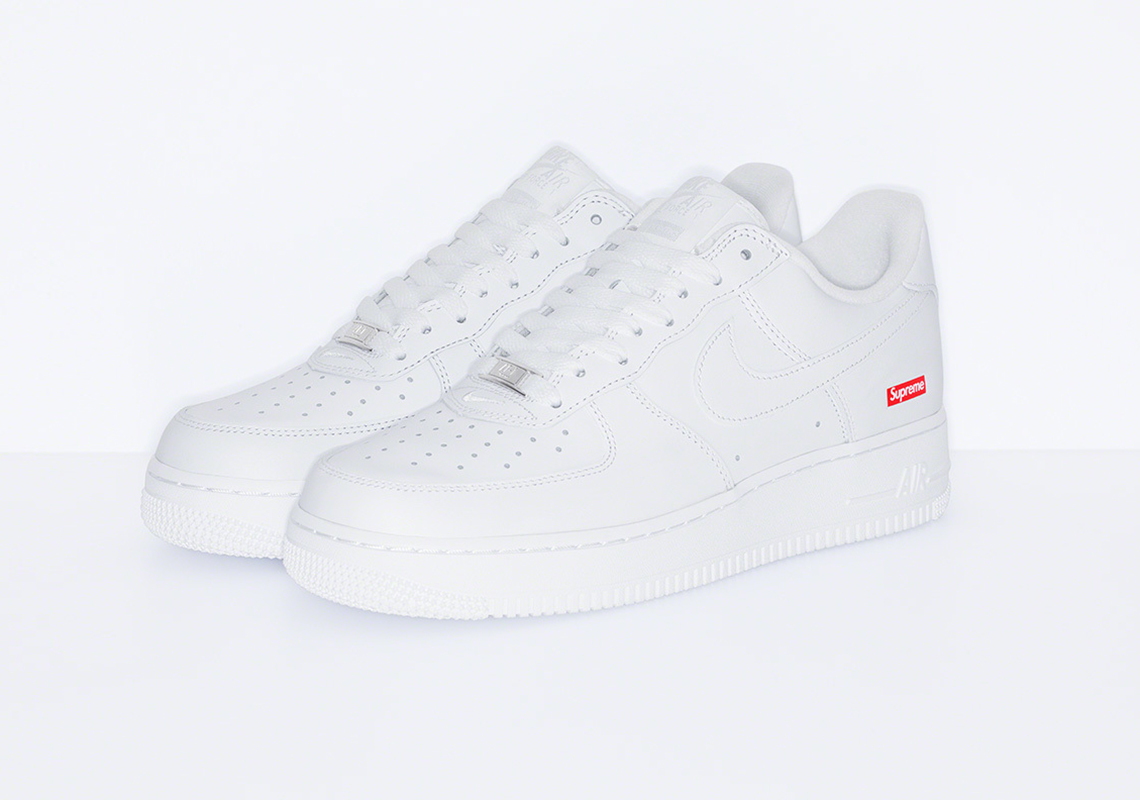 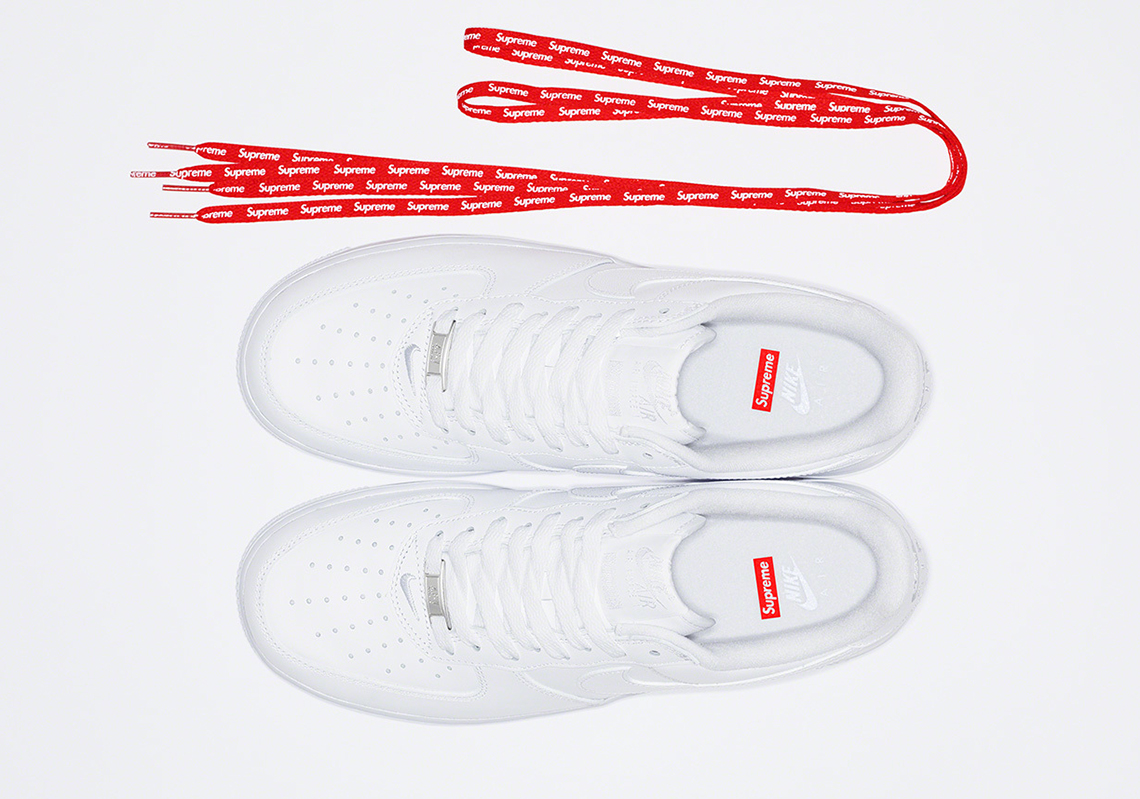 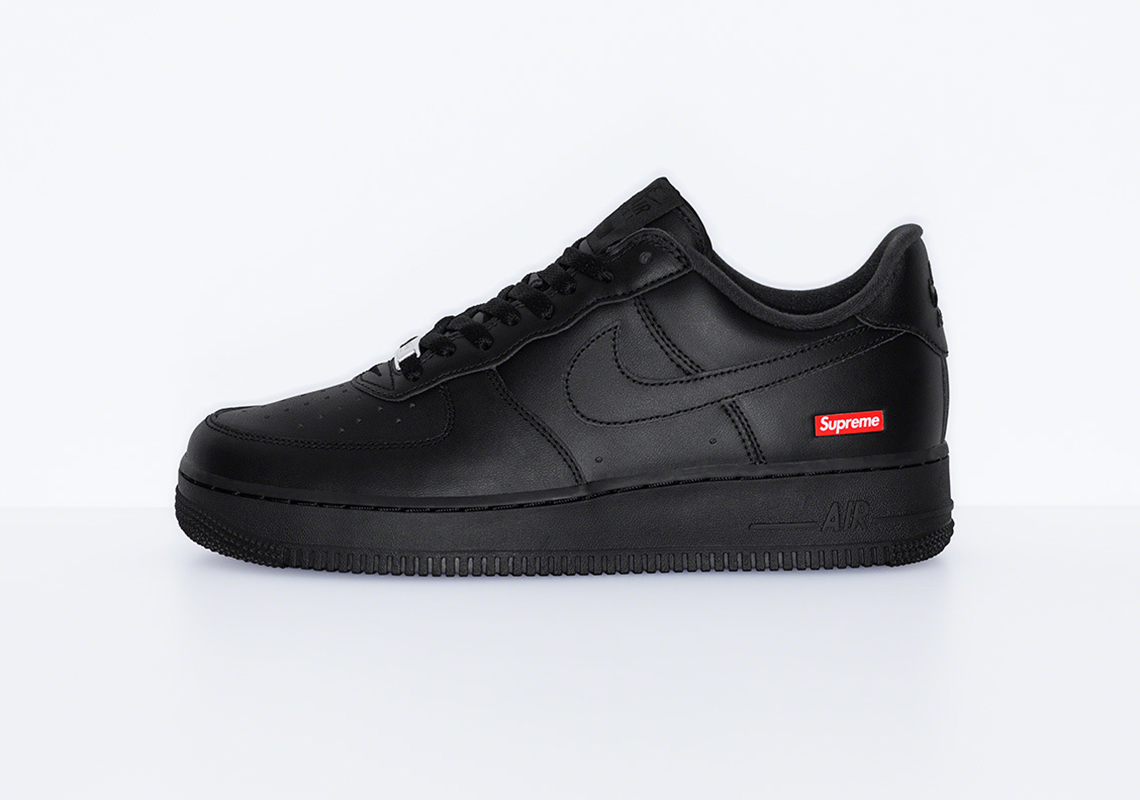 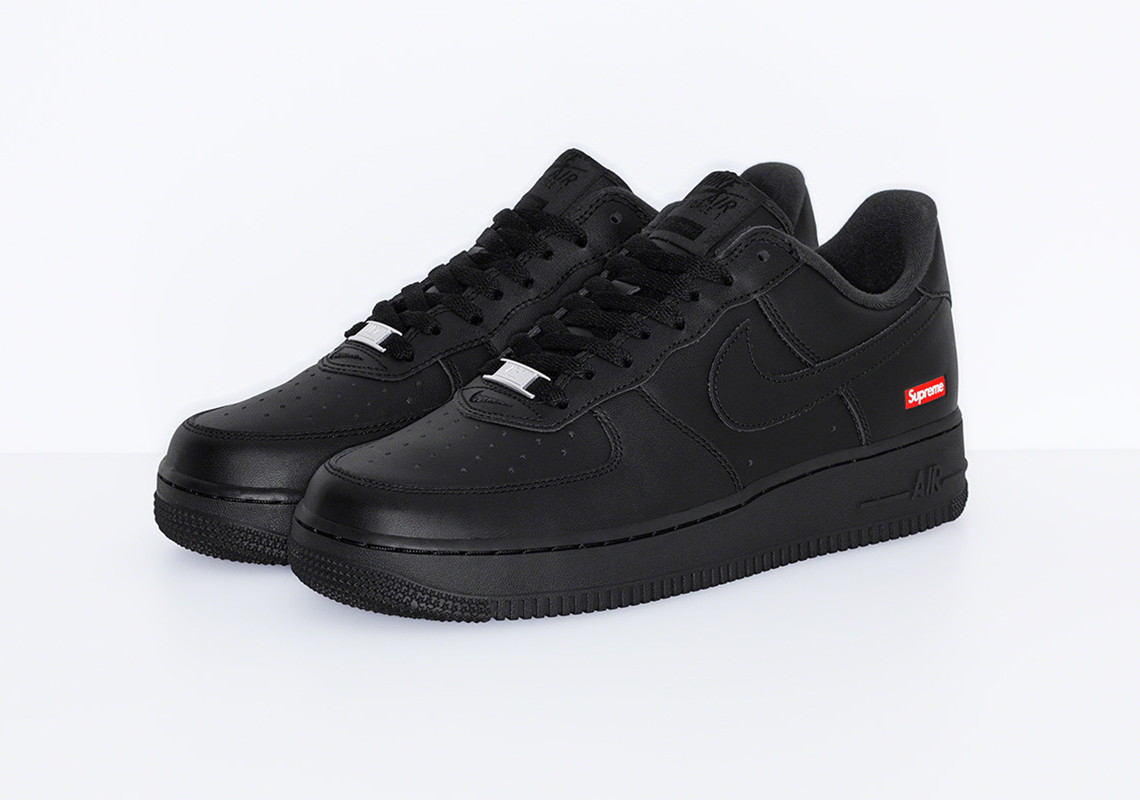 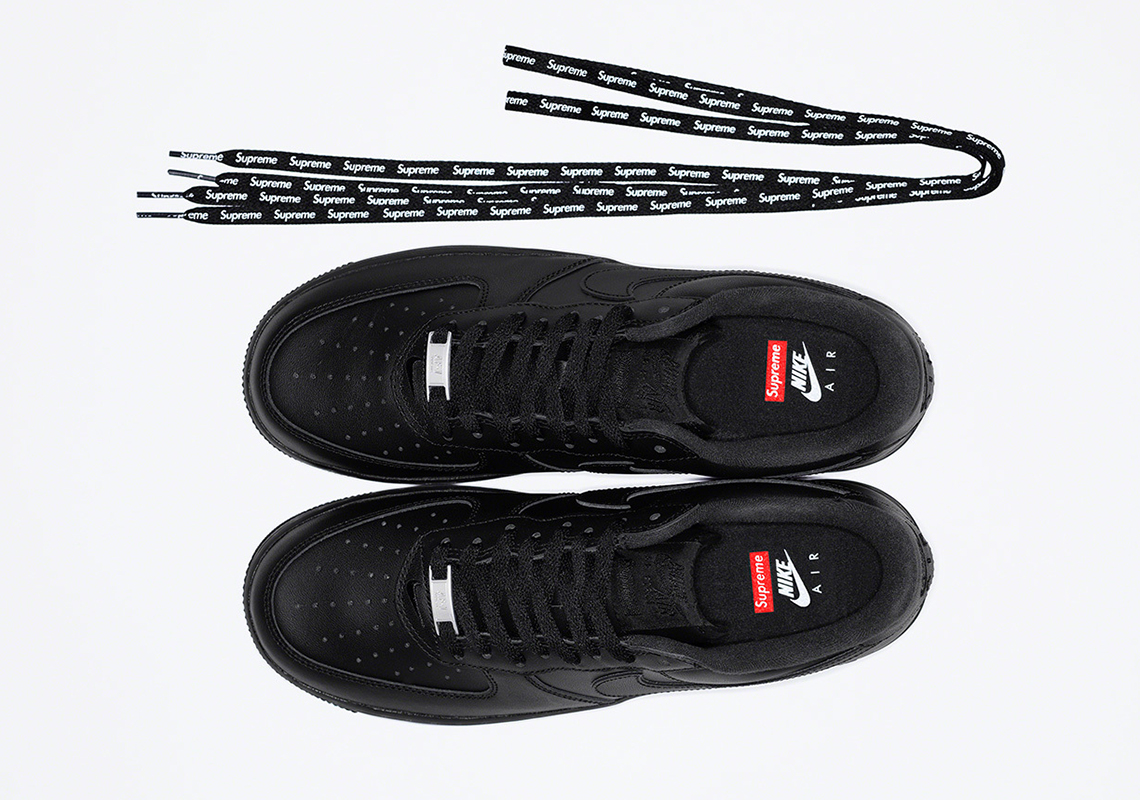