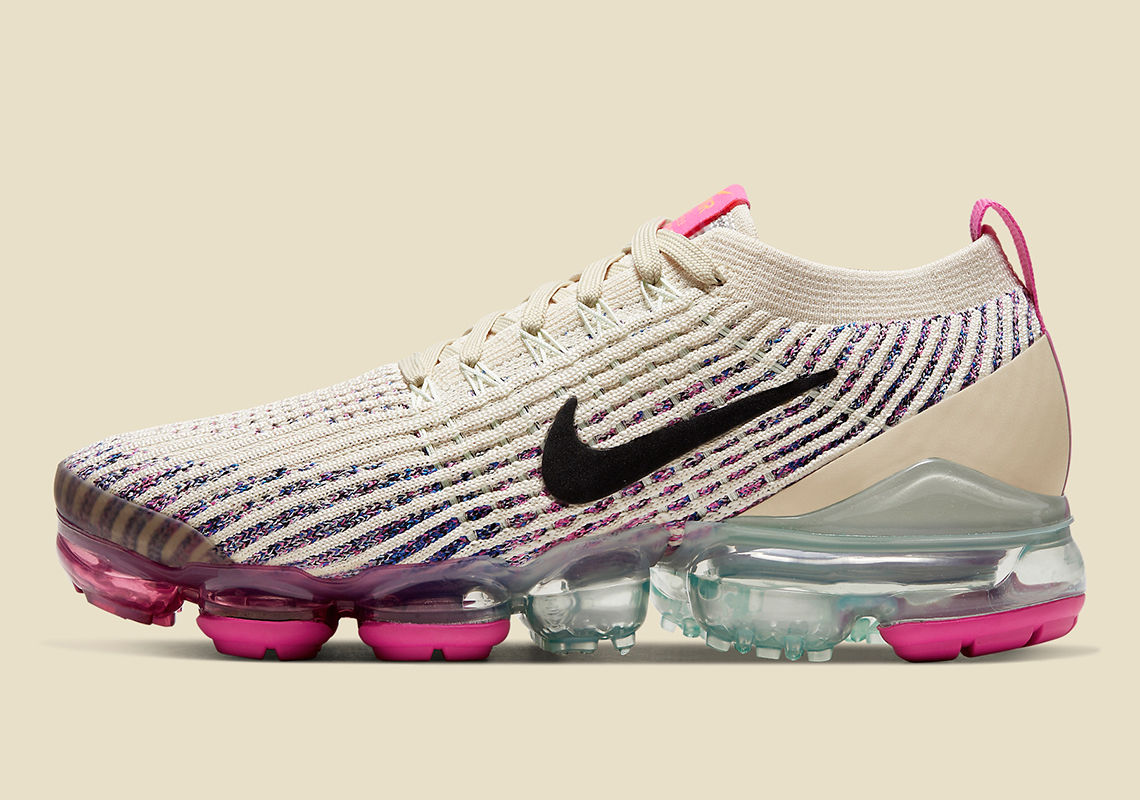 The days of the sunnier Spring and Summer seasons are thankfully soon arriving, and in preparation of the times where we can store away our winter coats, Nike has been hinging upon brighter pigment combinations to style up their most recent Sportswear releases such as their Vapormax 360, AM 720, React Vision, and more. Joining in on the train is the Vapormax Flyknit 3, who after getting outfitted in full tonal pink, is now going for a “Fossil” focused colorway paired with a myriad of colorful accents. The stand out hue certainly is the dinosaur bone pigment that dominates the upper’s knitted constructions and heel piece, but from a close-up view, you’ll notice that falling between its linear stitchings arrive a collection of blue, purple, and pink hits that almost call upon a similar chippy look to the midsole scraps infused into the Swoosh’s upcoming Space Hippie collection. Finishing off its beach-ready look is the Air unit that splits between barely teal translucency towards the heel, and highlighter neons placed to the forefoot. Capture an in-depth look here below, and expect them top drop on Nike.com and at select retailers on March 12th for $200.

In other Nike news, the women’s Air Max Box returns on March 19th. 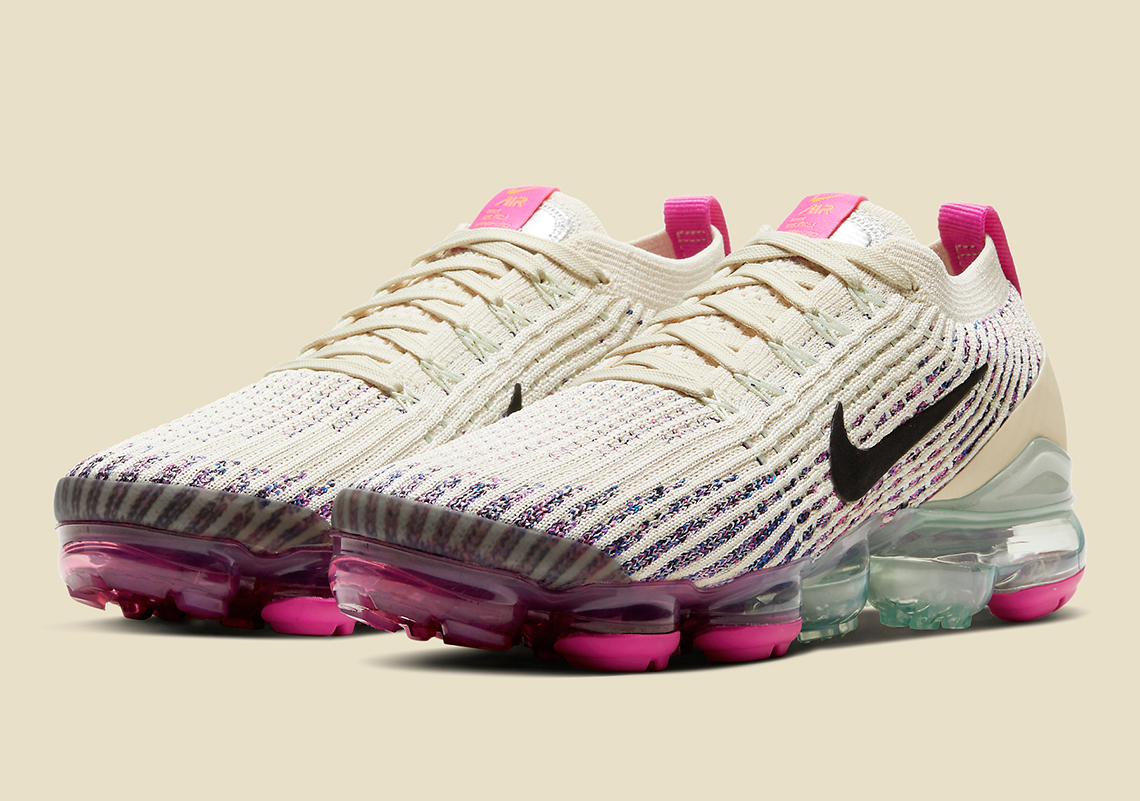 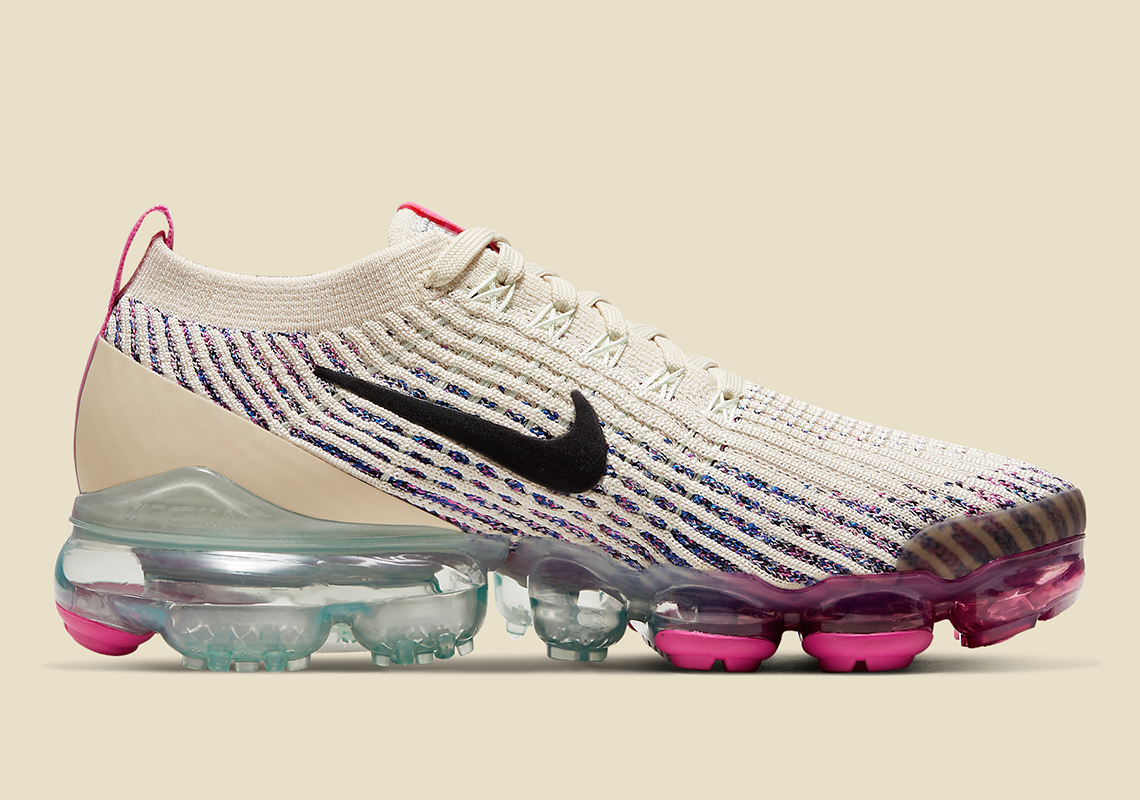 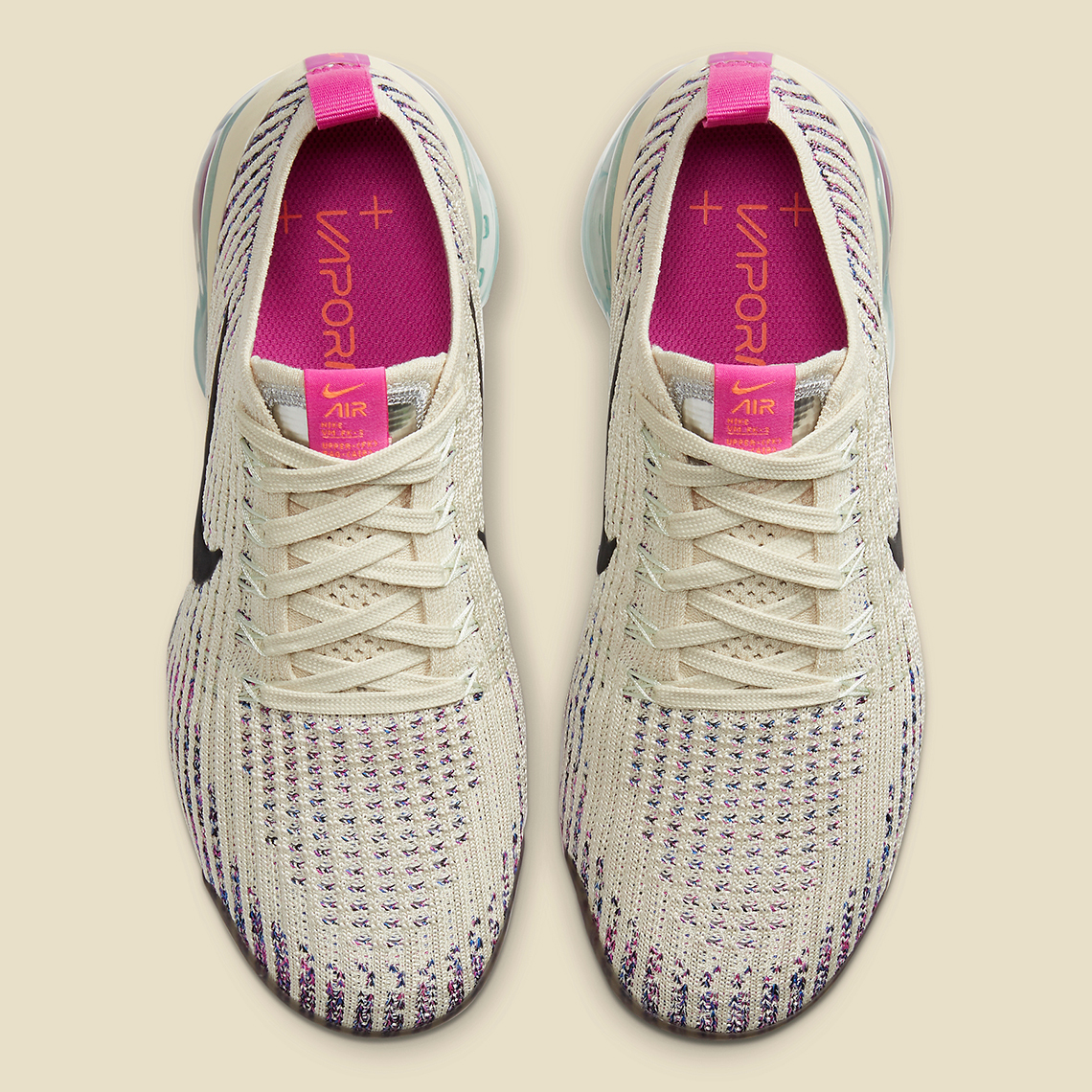 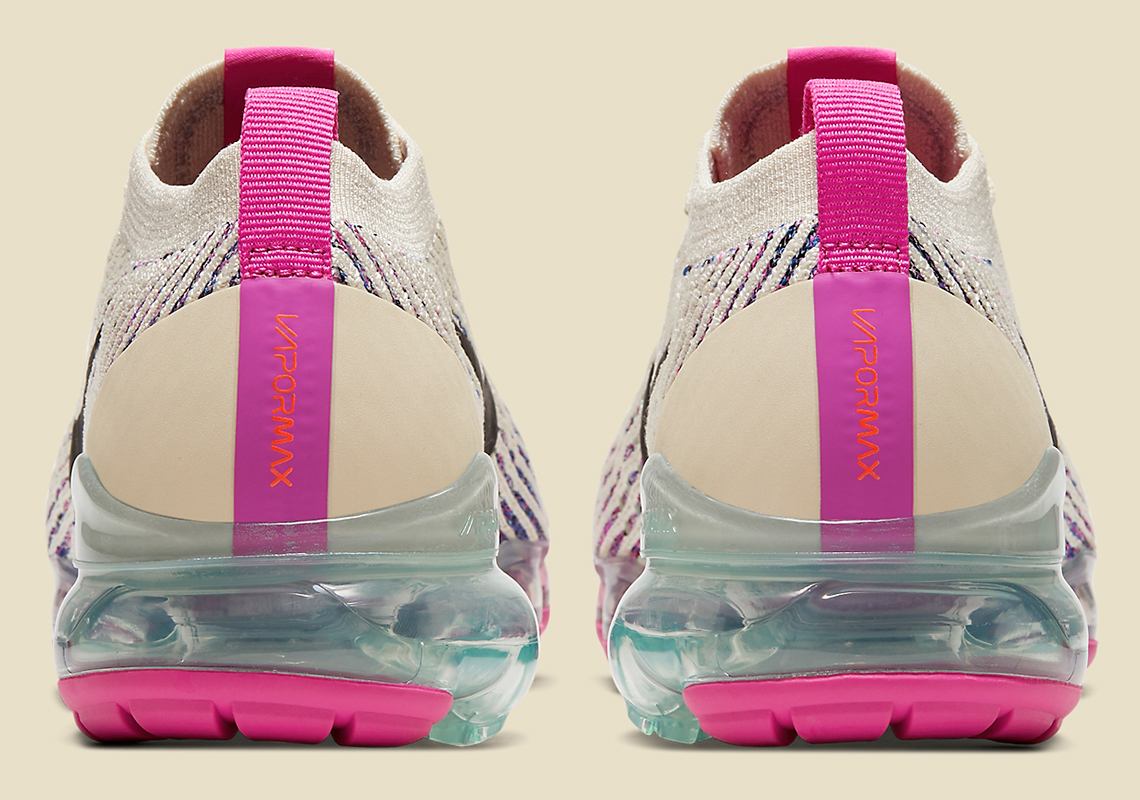 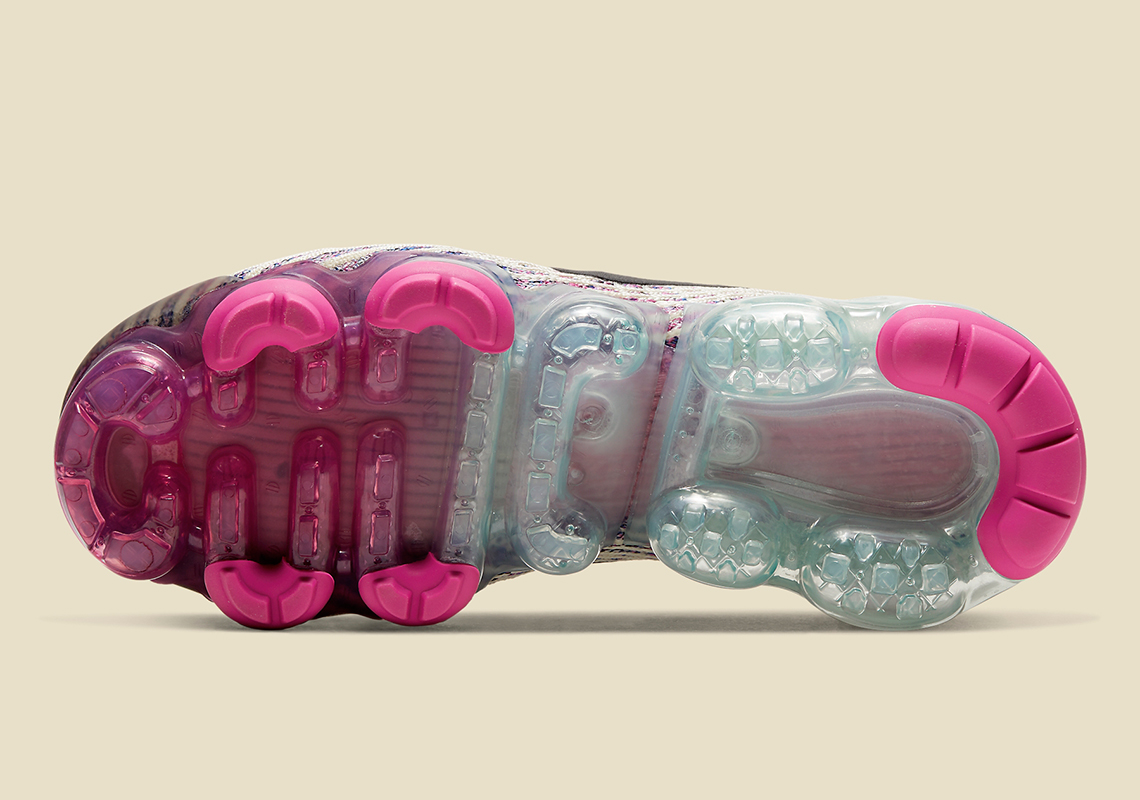