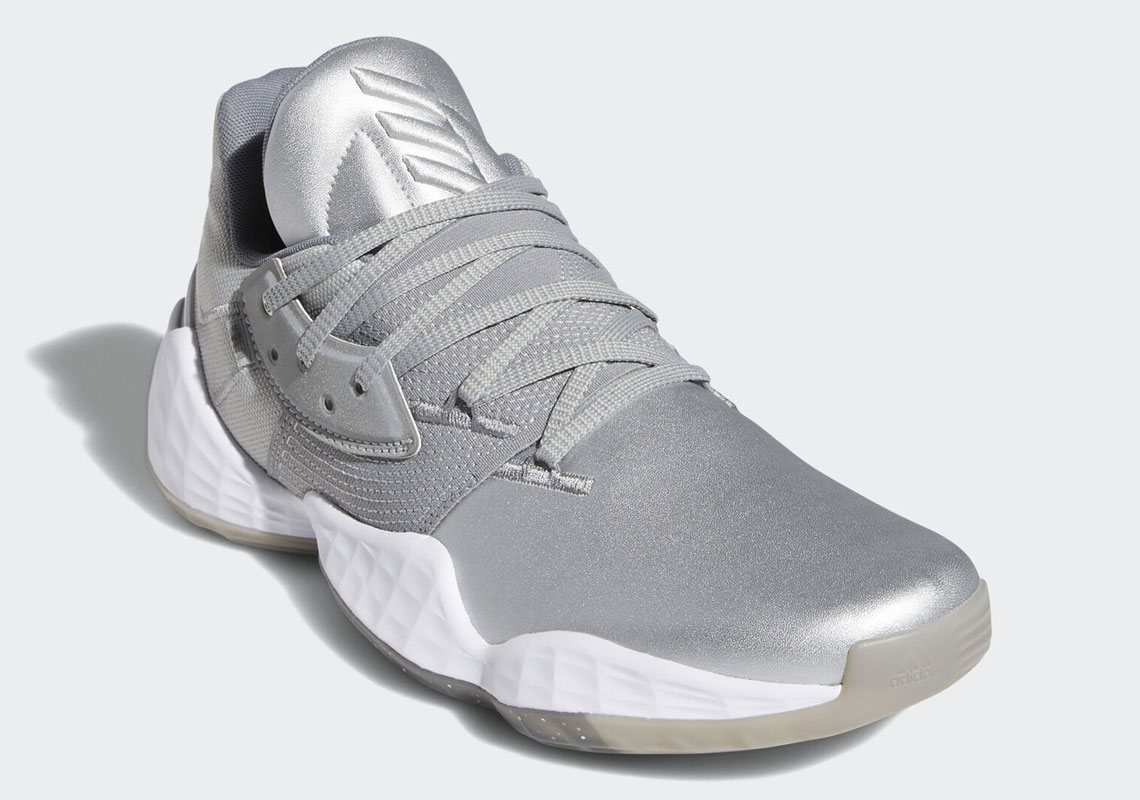 The adidas Harden Vol. 4 Gets A Matte Silver Look

It’s officially been a month since the 2019-20 NBA season was suspended after players tested positive for COVID-19. Yet, players from all-over the league have continued to make headlines, whether because of their podcast appearances, social media antics or signature sneaker lines. On Team adidas, James Harden has delivered several glimpses of what he’d likely be wearing on the hardwood had the season not been paused. His latest Harden Vol. 4 appears to have been designed for the big stage as it features an eye-catching “Silver Metallic” outfit.

Unlike previous takes by Daniel Patrick, this iteration of Harden’s fourth signature adidas model forgoes any vibrant-colored accents. Instead, the mixed-material upper boasts various shades of grey from forefoot to heel; toe areas and tongues revel in a shimmering finish, while rear’s join the glistening mix via their Harden logo. Lightstrike midsoles deviate from the semi-tonal arrangement up top in favor of a “White” composition. Underfoot, outsoles designed specifically for the Houston Rockets guard add some translucent, two-tone flair to the pair.

Stateside release details are still unknown, but this Harden Vol. 4 is currently available at adidas.com in China.

For more from The Three Stripes Brand, check out the newest Run DMC Superstar. 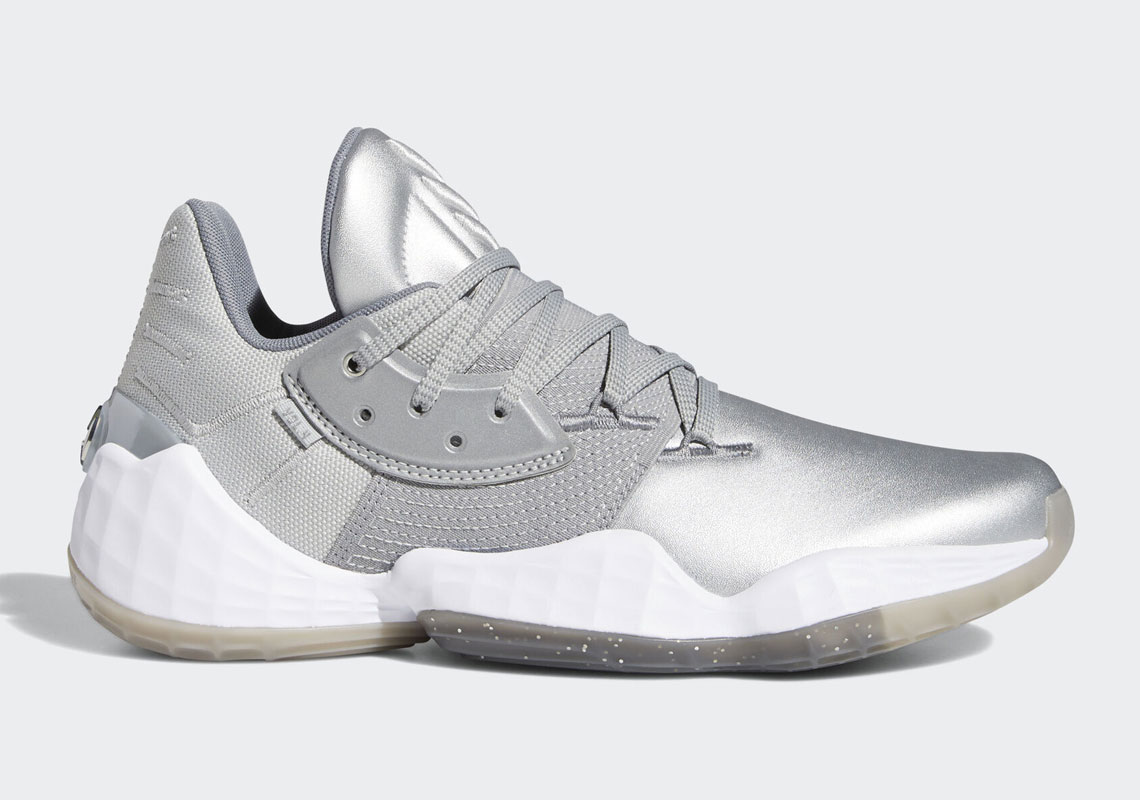 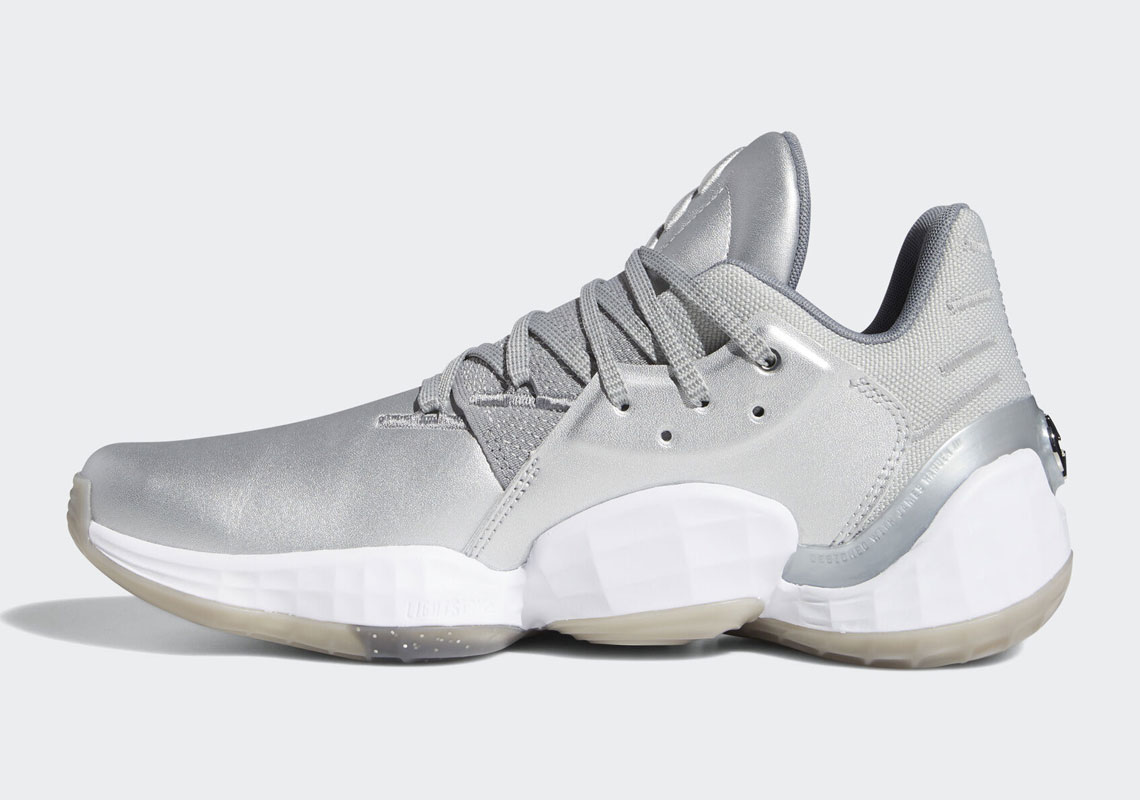 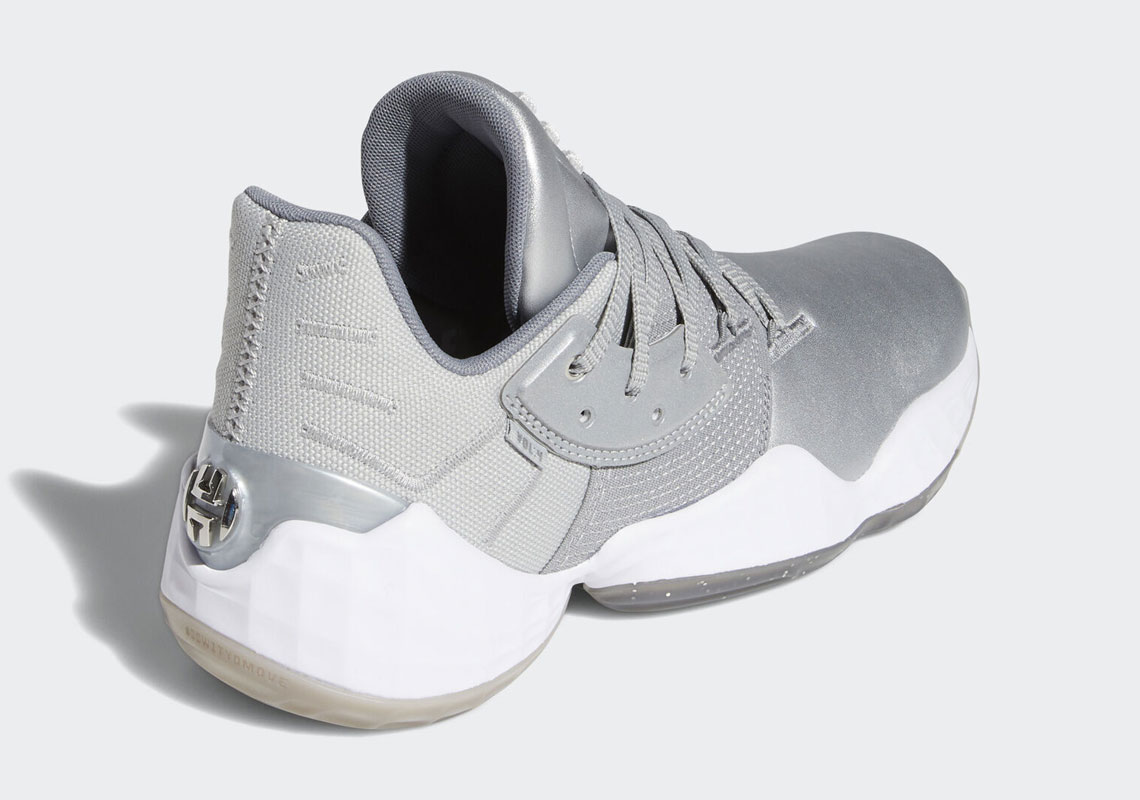 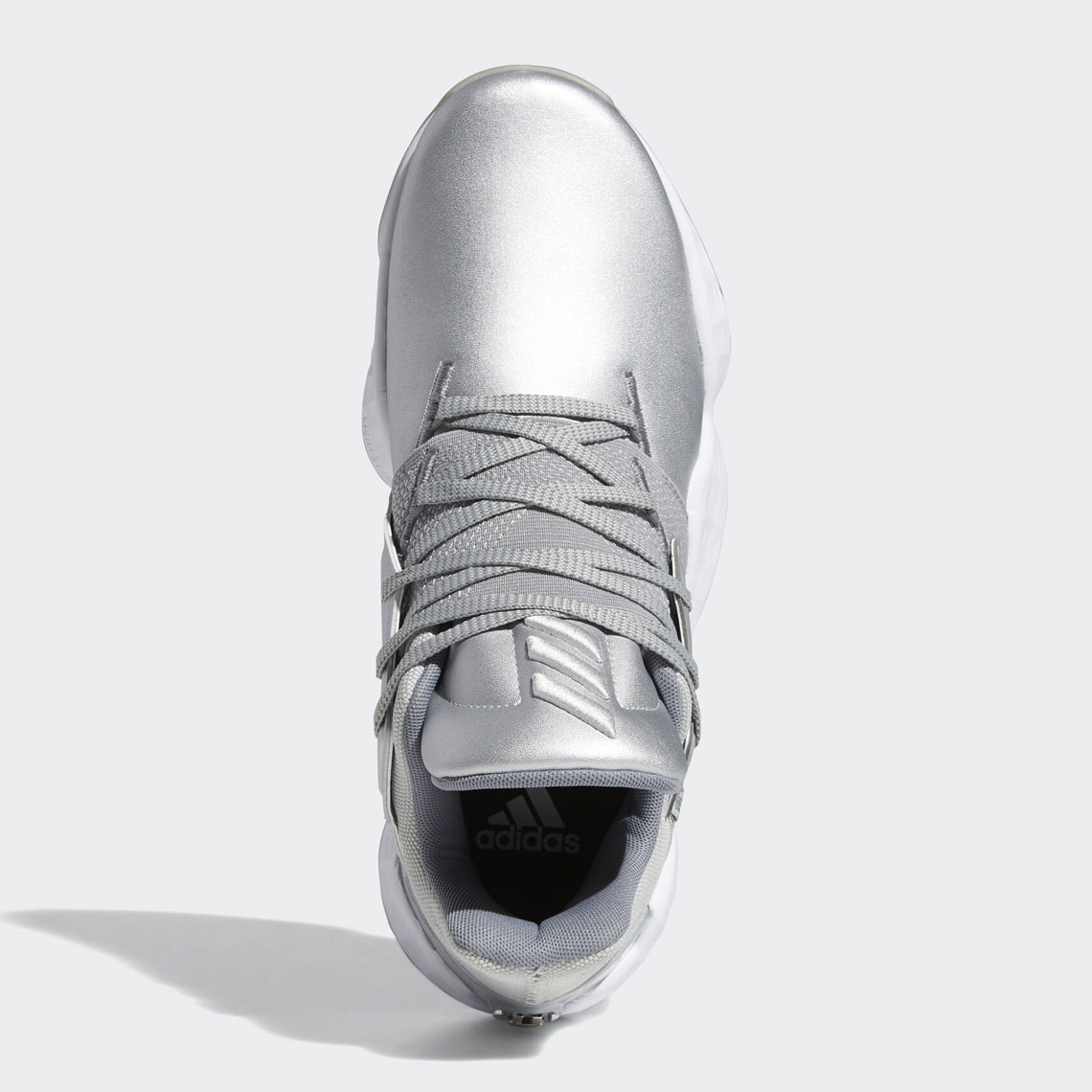 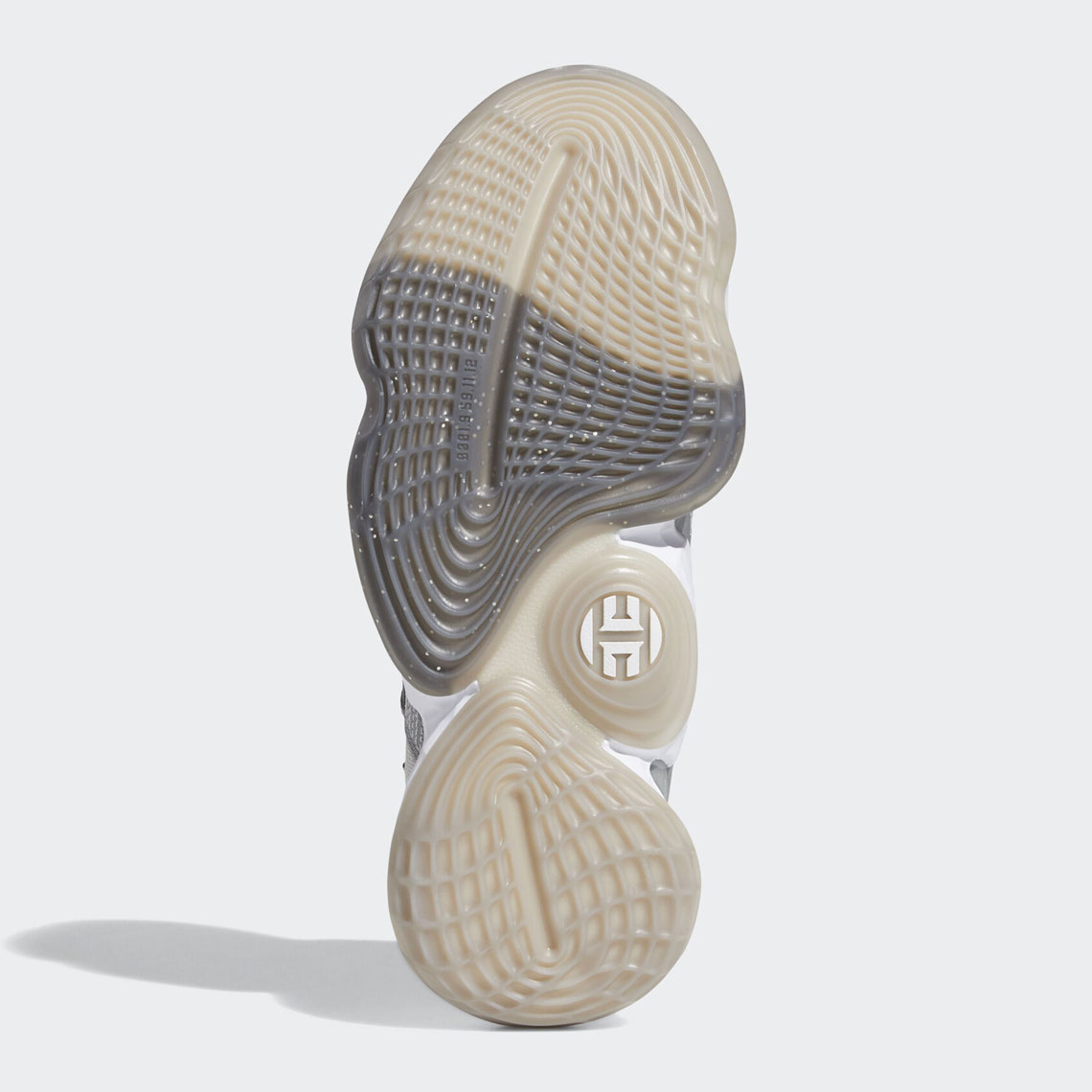 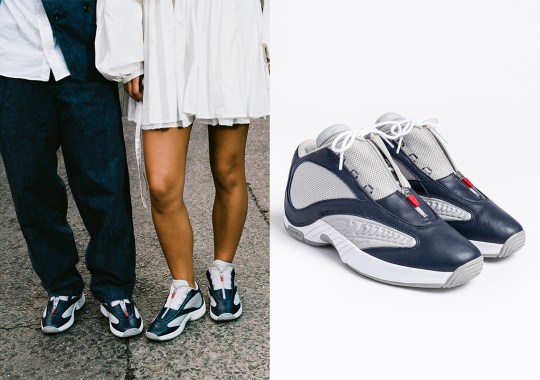