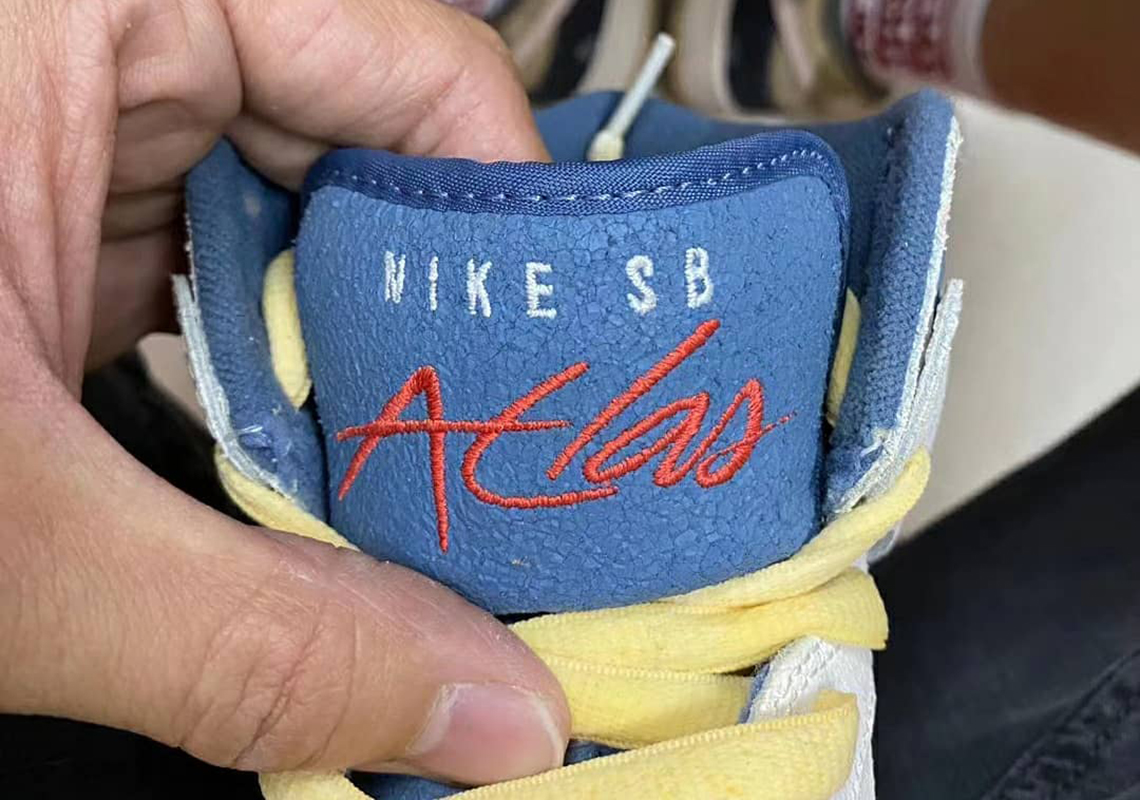 Whether or not a collab with the same-named Atlas Skateboards, the forthcoming Nike SB Dunk High “Atlas” packs an energy nearly of its own breed. And among a unique color blocking and subtle though eclectic details, the pair brings along an entirely reworked tongue — a fixture that removes its standard patch for branding entirely embroidered. The title is elegantly threaded with thin and long strokes, lining the blue tongue in red just below the “Nike SB” hit that adorns in emboldened white text. Its material alone is also just as interesting as it differentiates from other pairs through what looks to be a cracking treated leather. Elsewhere, grey suede sprawls more aggressively from the toe box backwards to the heel wrap with stops at the swoosh whose finish is identical to that of the tongue and ankle. Seldom accents of pastel yellows then round off the palette at the laces and just barely along the side profile. Grab a detailed look at these right here and sit tight for further word on release info and dates. 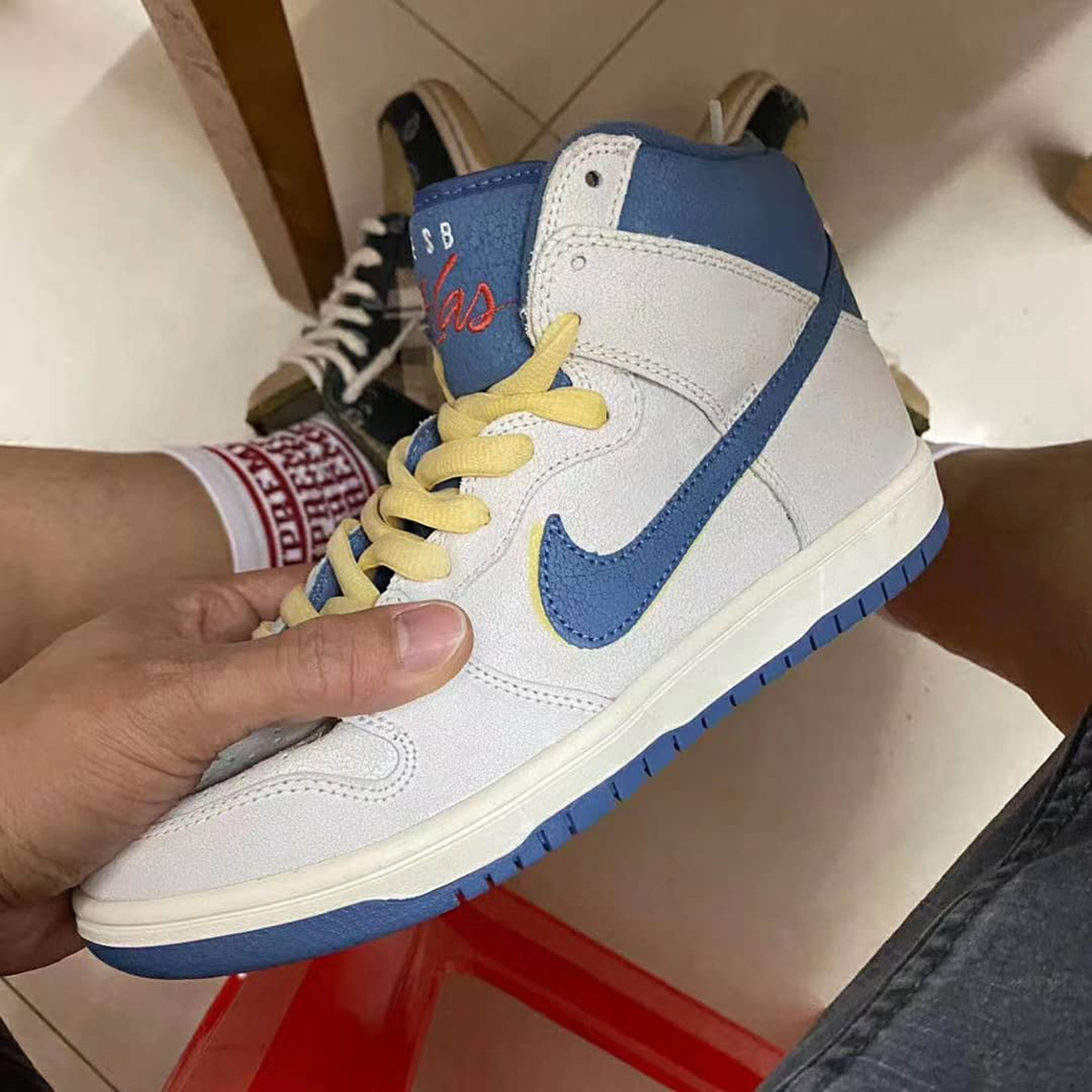