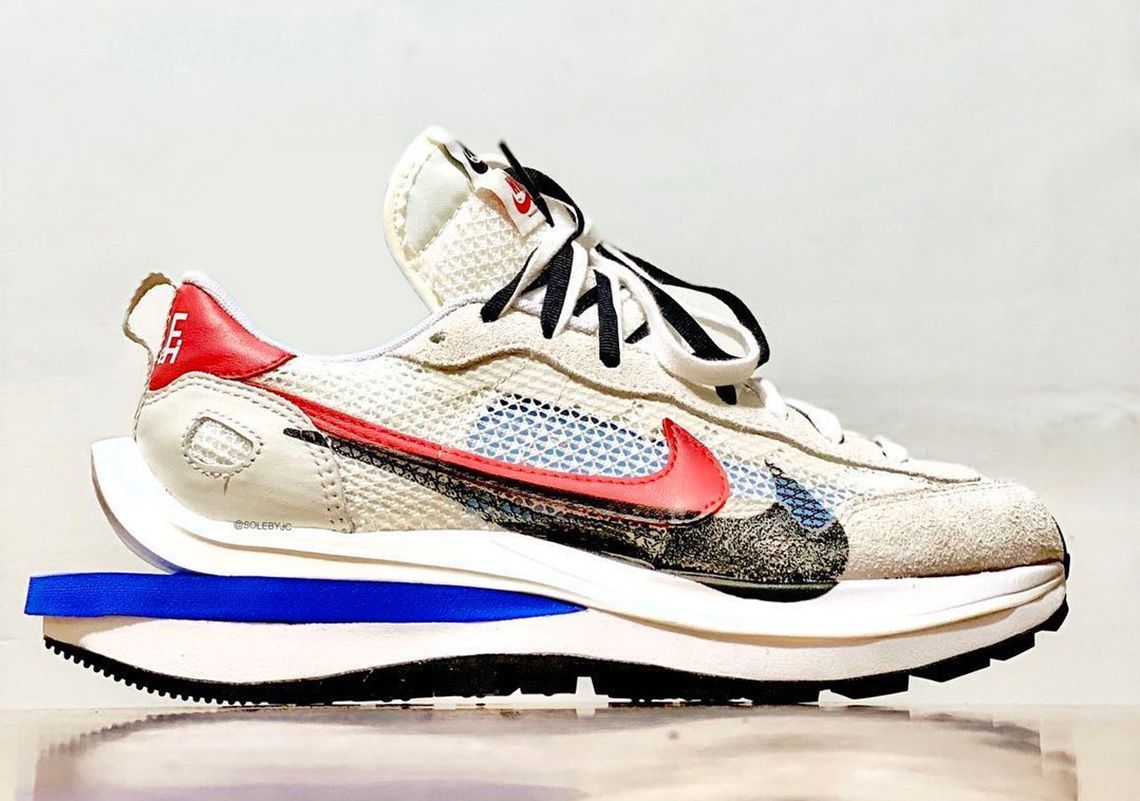 This year’s Fashion Week brought with it many surprises, including Nike collaborations with talents from all over the brand family. Virgil Abloh has prepared quite a few versions of his Rubber Dunk, AMBUSH’s Yoon is working on more schemes for her Dunk High, and Chitose Abe is preparing to expand her design philosophy with the upcoming Vapor Waffle. Though one step up from her last, the upper is left relatively simple save for a few outstanding accents. Swooshes, nearby a relatively ordinary overlay, are doubled by way of a printed variation that sits just a few CMs off-kilter; elsewhere, cream suedes and matching grids are complemented by light blues underneath at the inner layer as well as bold red tones at both the heel tab and tongue branding. Lacing multiplies adjacent in a vein similar to her LDWaffle while the tooling steals the spotlight as its two part piece extends outward both noticeably and aggressively. Grab a look at yet another revealed colorway here and expect a release to arrive hopefully this Summer.

In other news, a Neutral Grey Air Jordan 1 85 is in the works. 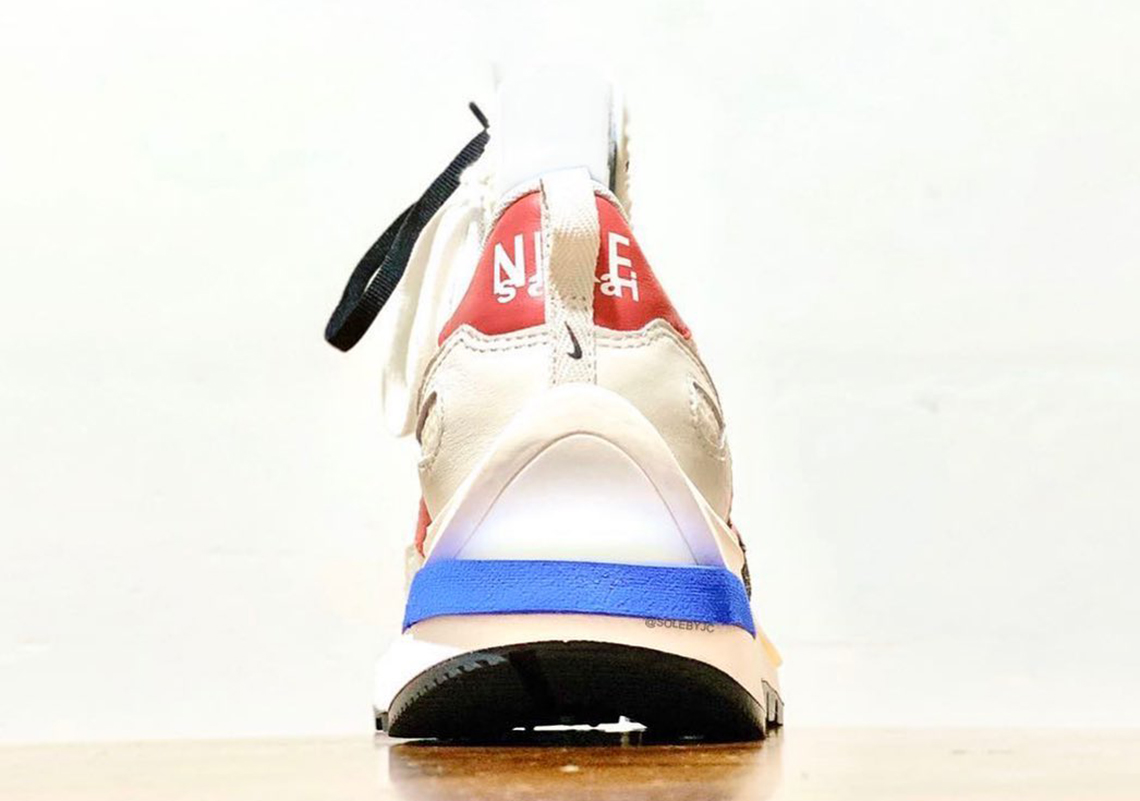 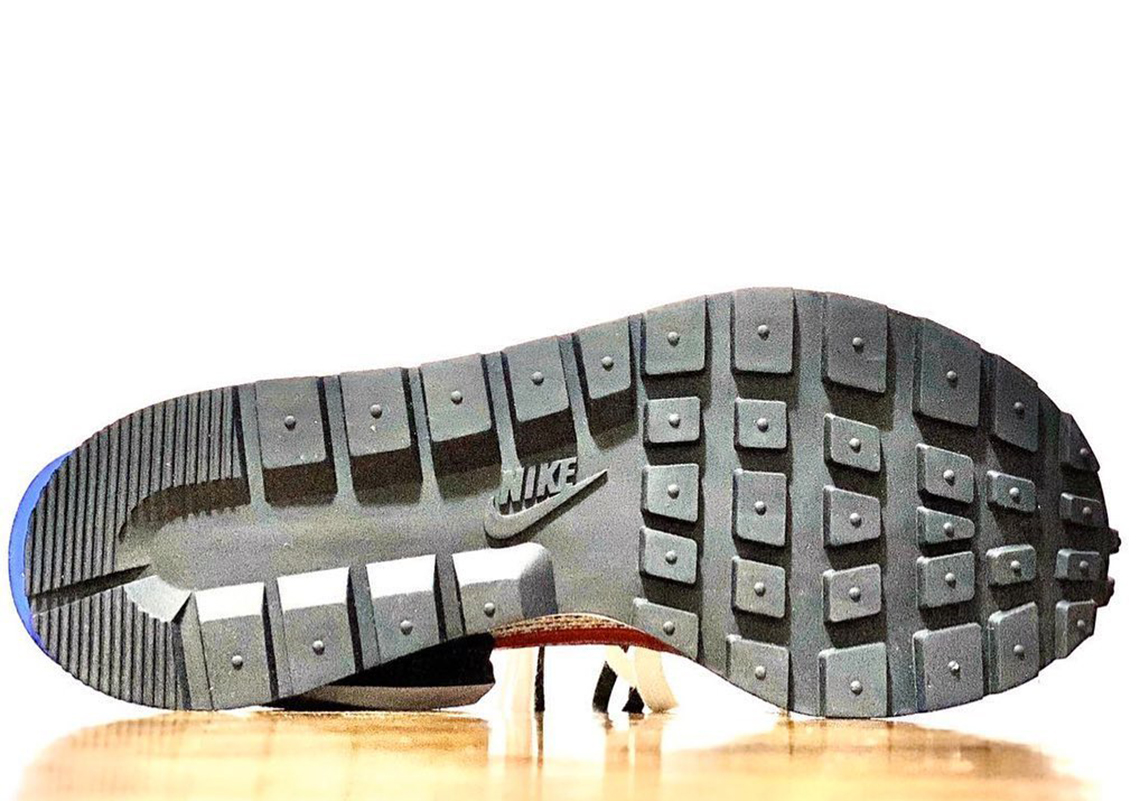 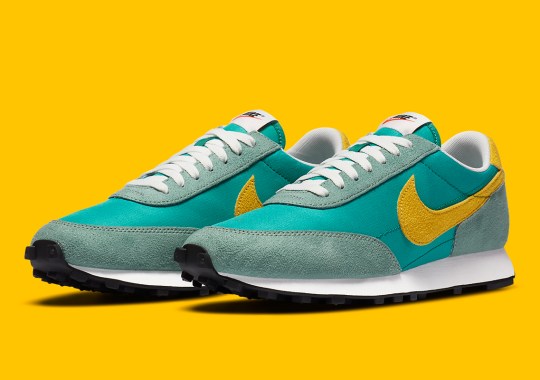