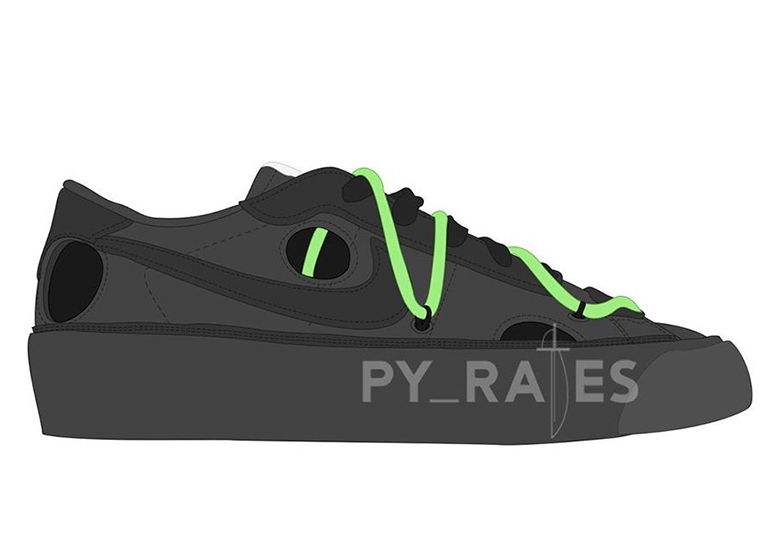 After a handful of exciting entries with Jordan Brand and the debut of his brand new silhouette, the Rubber Dunk, Virgil Abloh is set to re-explore some of his past-referenced works, starting with the Blazer. And though he’s technically collaborated on the model during his “The Ten” era, the LV menswear head and Off-White designer is now bringing his newly found design language to its low-top shape.

Leaked via @py_rates, the offering brings with it a colorway primarily understated. Black uppers and matching soles proffer a stealth look, though that’s quickly disrupted by the secondary lace unit whose paracord-like string loops from vamp to the collar in vibrant neon shade. Swooshes, eye stay panels, and heel tabs seem to darken as far as the mock-up visualizes, while various holes accent the mid-panel, forefoot, and counter with the motifs witnessed on pairs such as the Off-White x Air Jordan 5.

Grab a look at what to expect here and sit tight as we await further info on the release’s upcoming Summer 2021 launch.

In other news, the Nike Overbreak was just revealed. 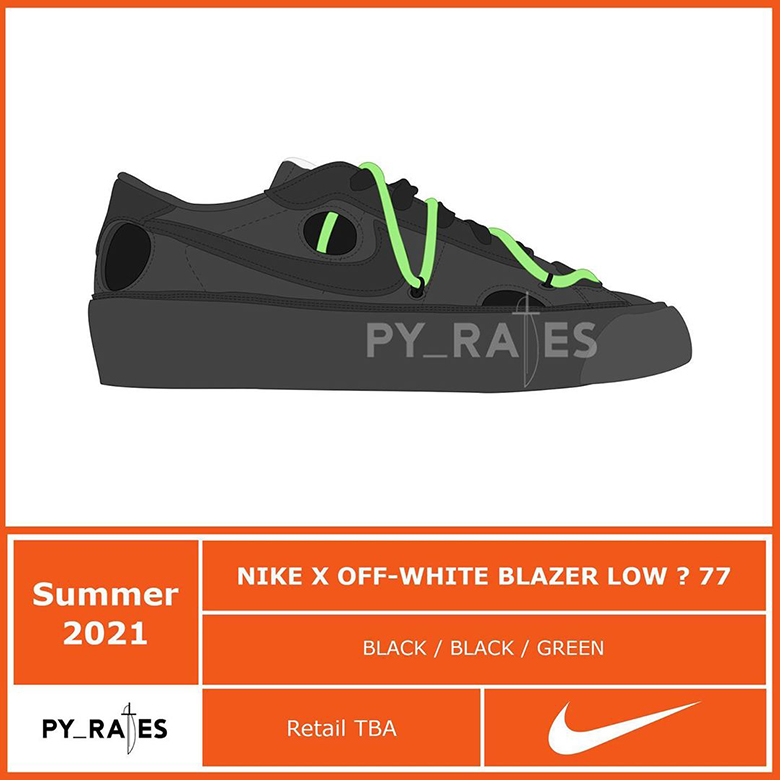