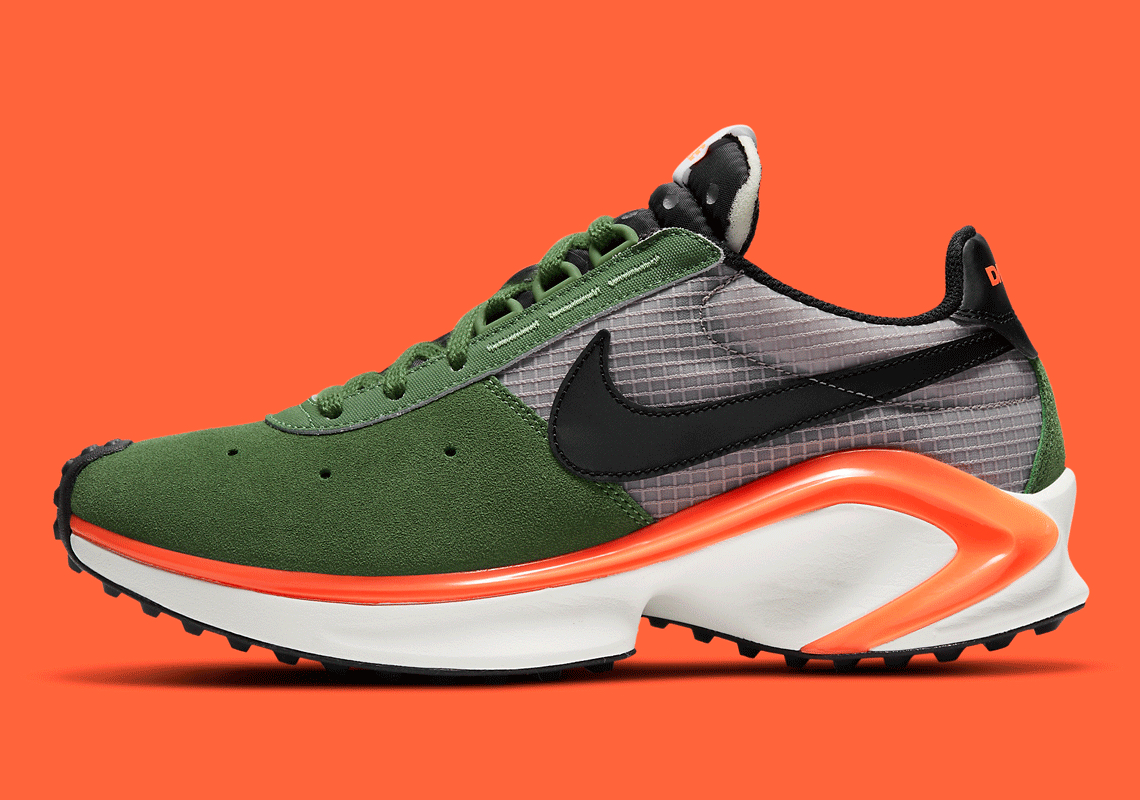 Time and time again, NIKE, Inc. has demonstrated its mastery over blending old with new. It’s done it with the Air Jordan 1 and Nike Air Force 1, both of which have undergone visual and technological updates over the past three decades. Less popular silhouettes have also experienced some newfound attention via the sportswear giant’s modernization of heritage design. Case in point: the Split-like Waffle D/MS/X.

Running sneakers from the late ’70s are a lot different from current proposals. Yet, as the experimental, fairly-novel model demonstrates, good design is timeless. Its minimally-perforated forefoot is constructed from a “Forest Green” suede, which ostensibly gets exchanged for canvas along the laceguards. The midfoot and ankle panels forgo not only the rich green hue, but also the hairy material with their grey nylon-like build. Profile swooshes, heel overlays, and tongues deliver stark “Black” contrast, with the most latter indulging in an Off-White-reminiscent exposed foam arrangement. “D/MS/X” branding throughout the pair boasts a bright orange hue, which also takes over the angular midsole mold underfoot. The remaining sole unit opts for a tried and tested white foam/black outsole combination, the latter nodding to the original Waffle Racer.

An official Nike.com release may be in the works, but this pair is currently available on the after-market. Enjoy official images here below before heading over to eBay.com to secure yours.

For more from the Swoosh, check out the Air Max 1 Lemonade set to retro before 2020 ends. 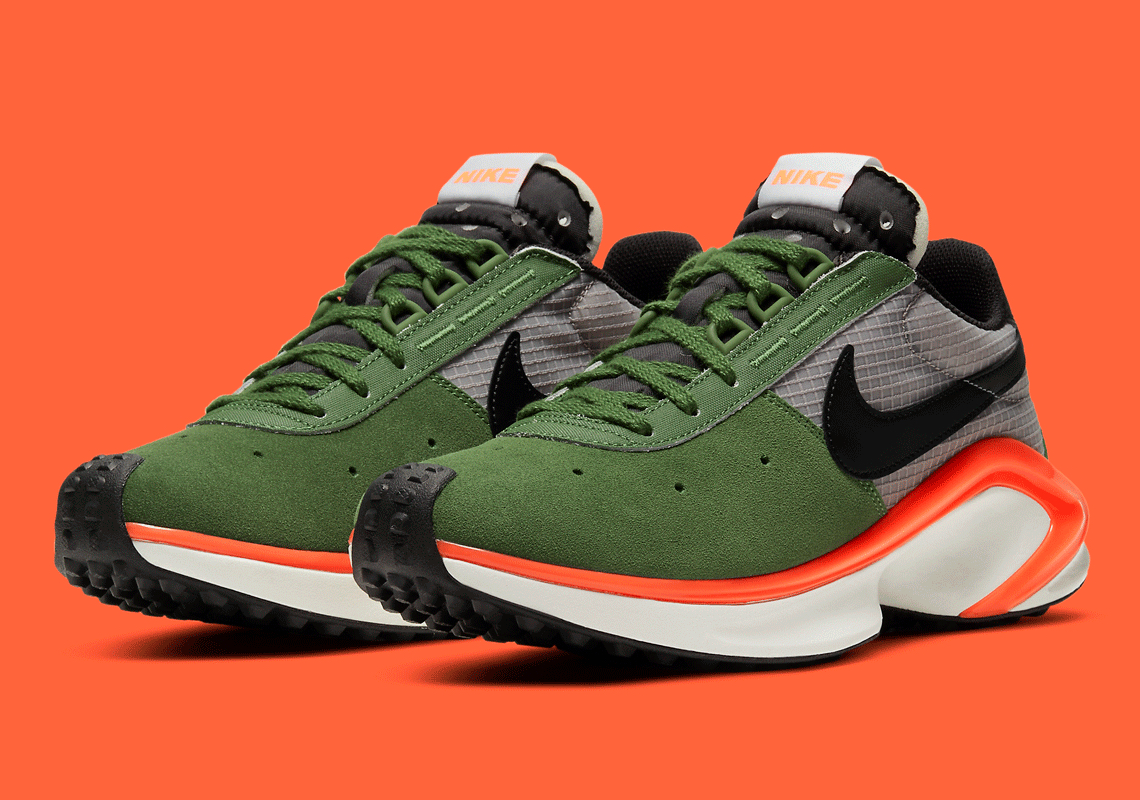 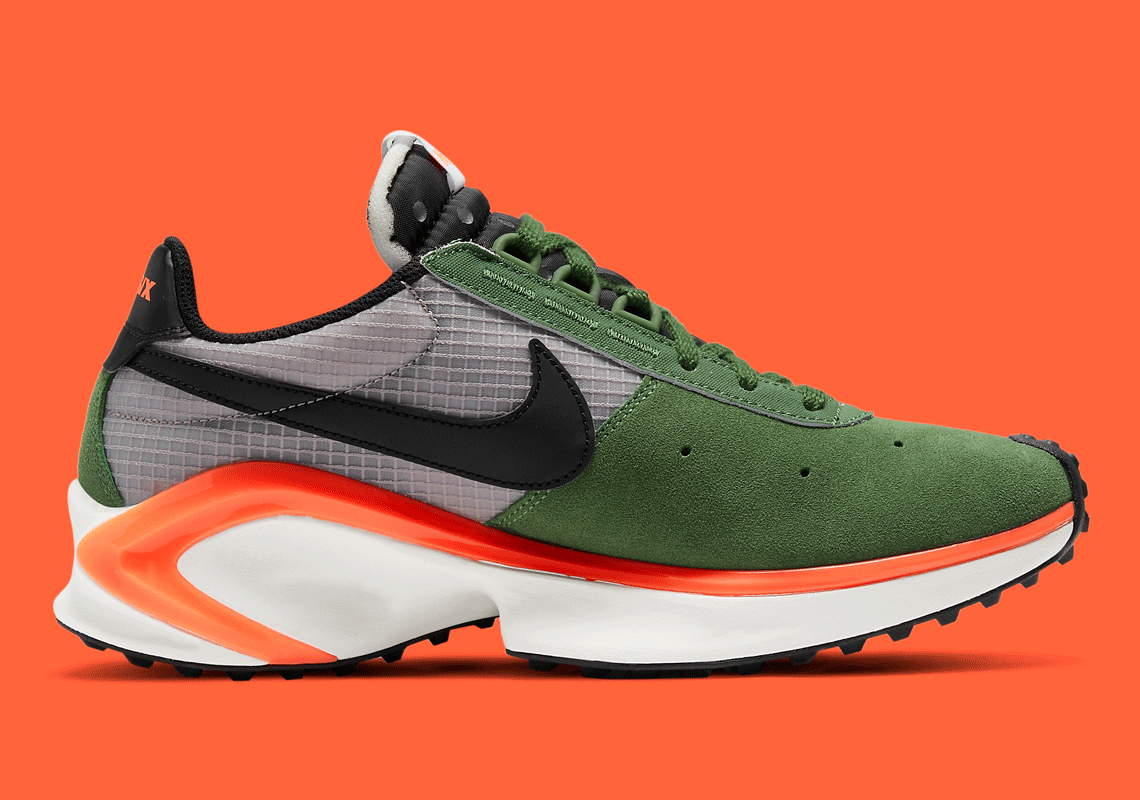 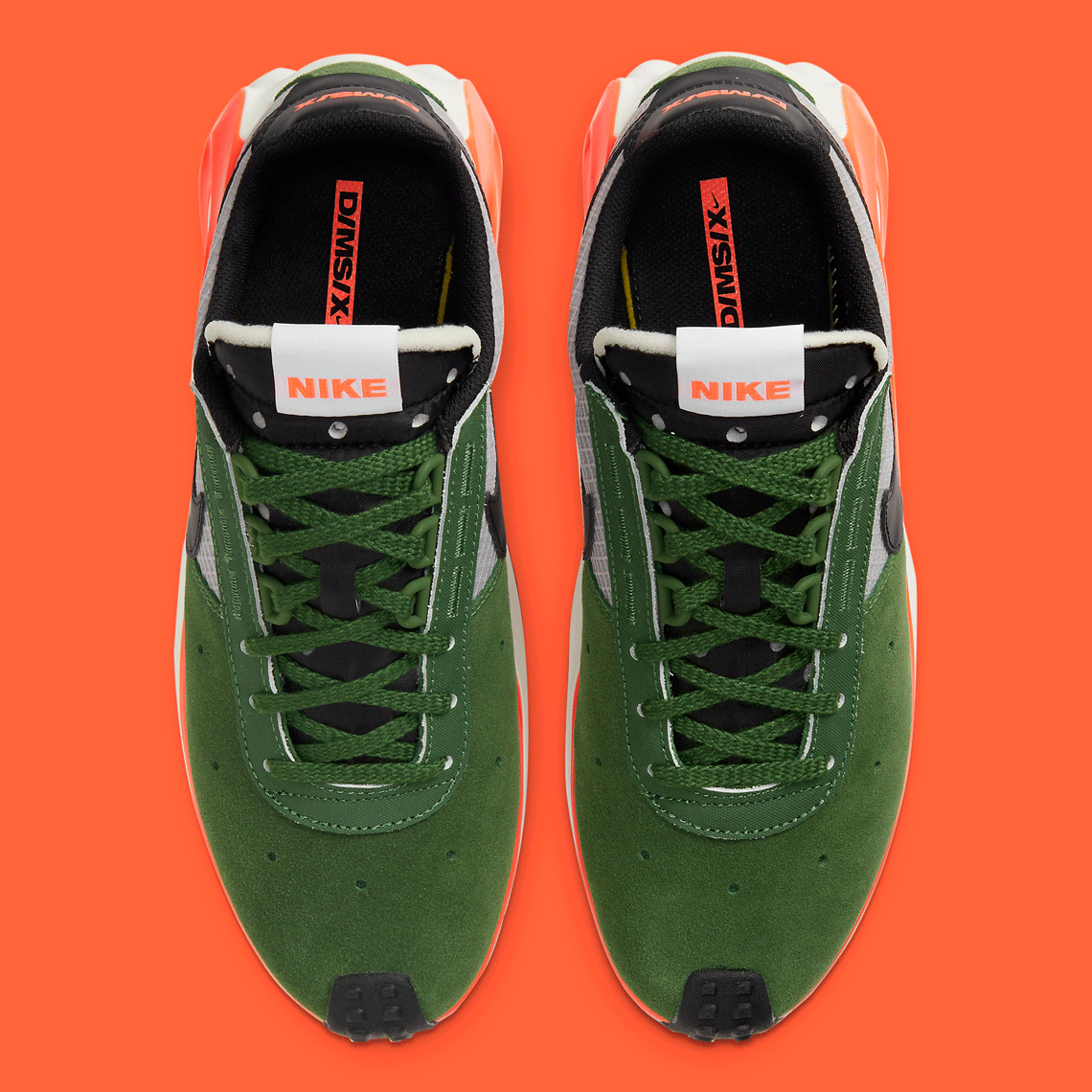 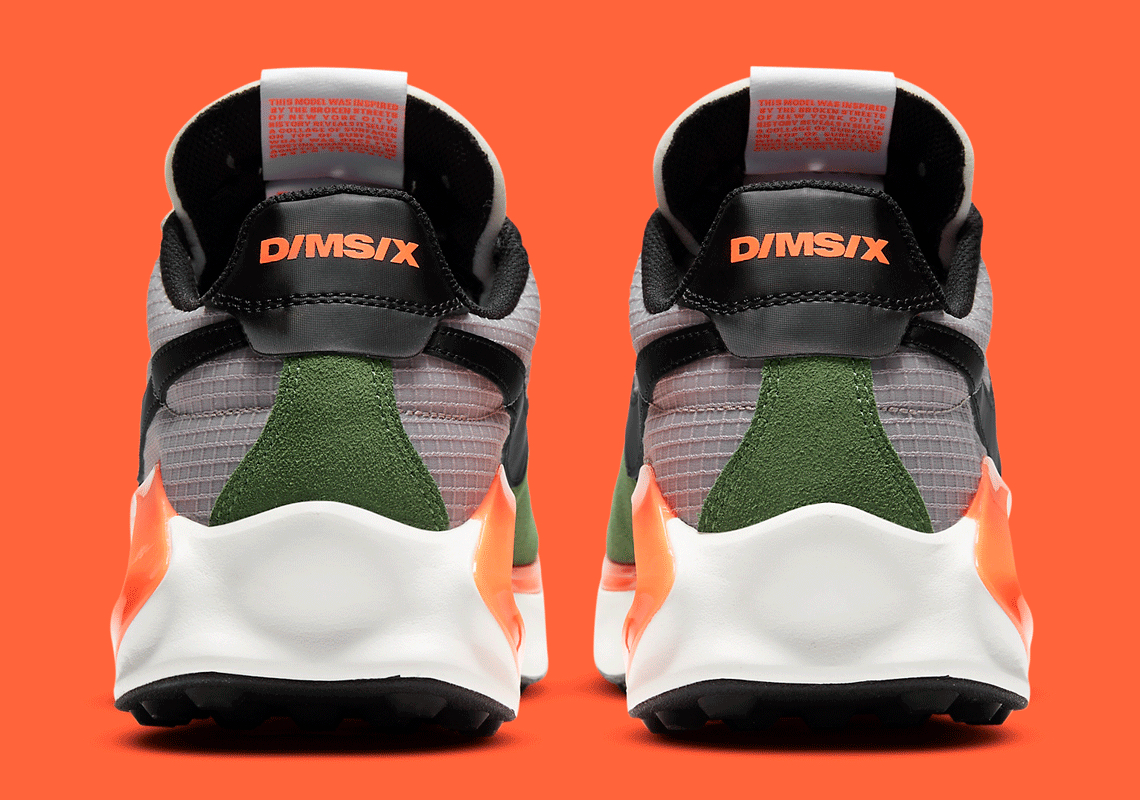 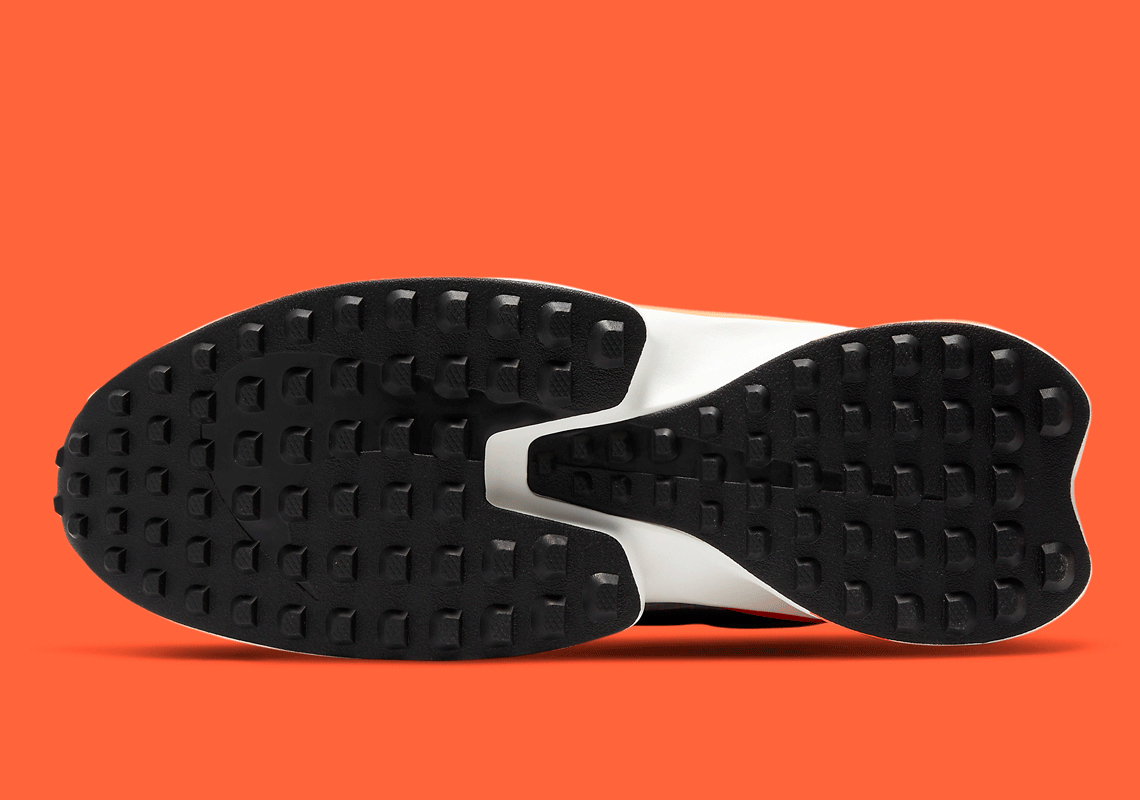 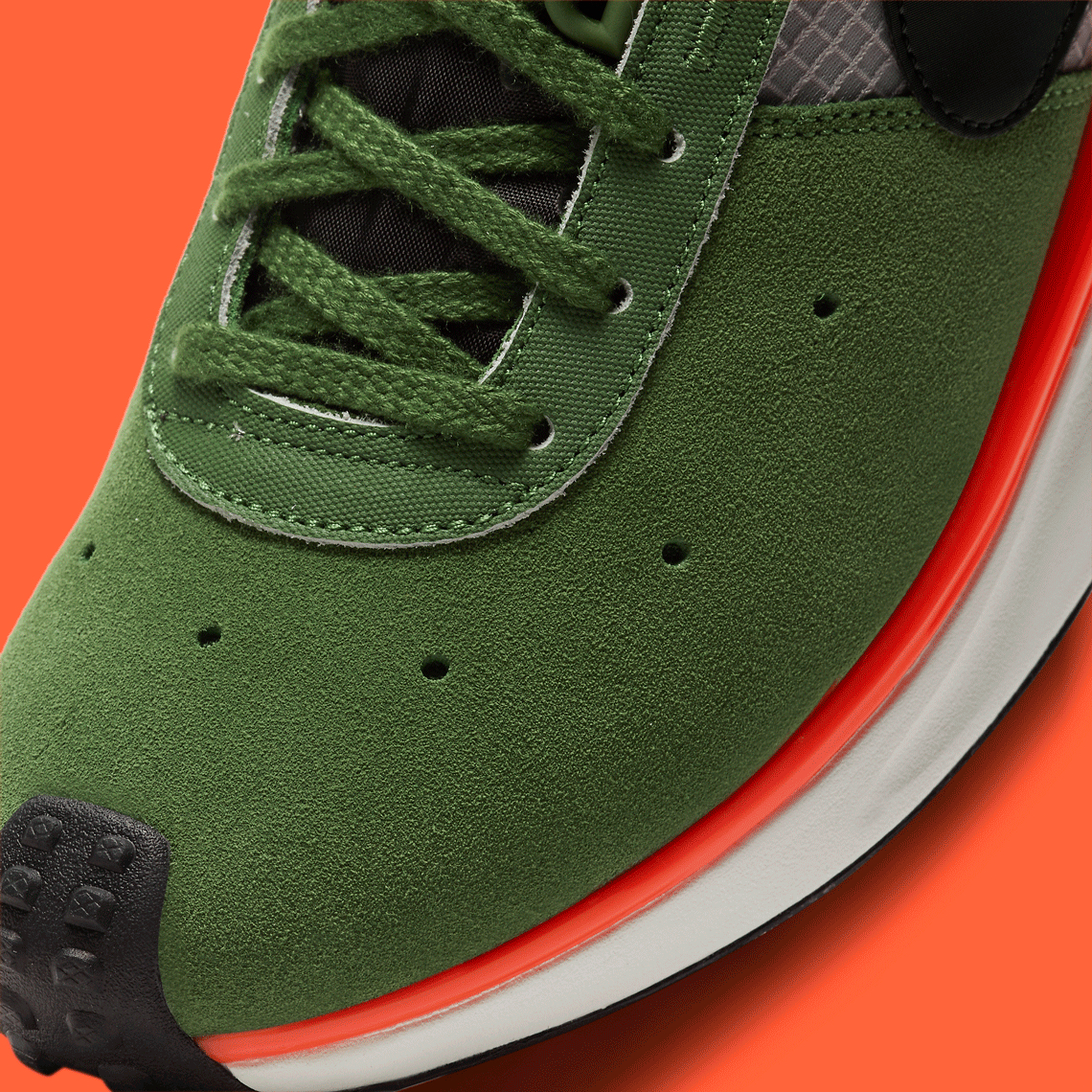 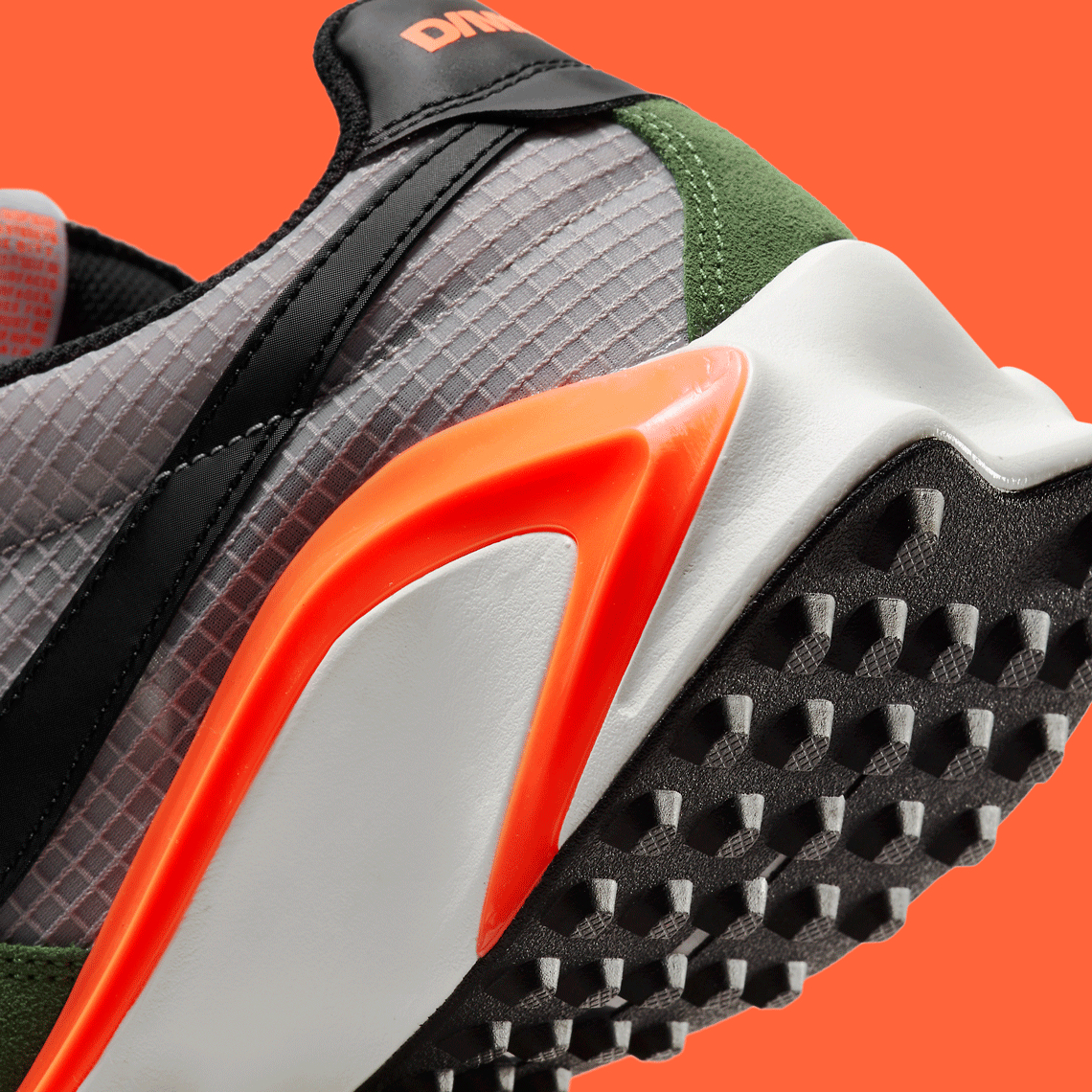