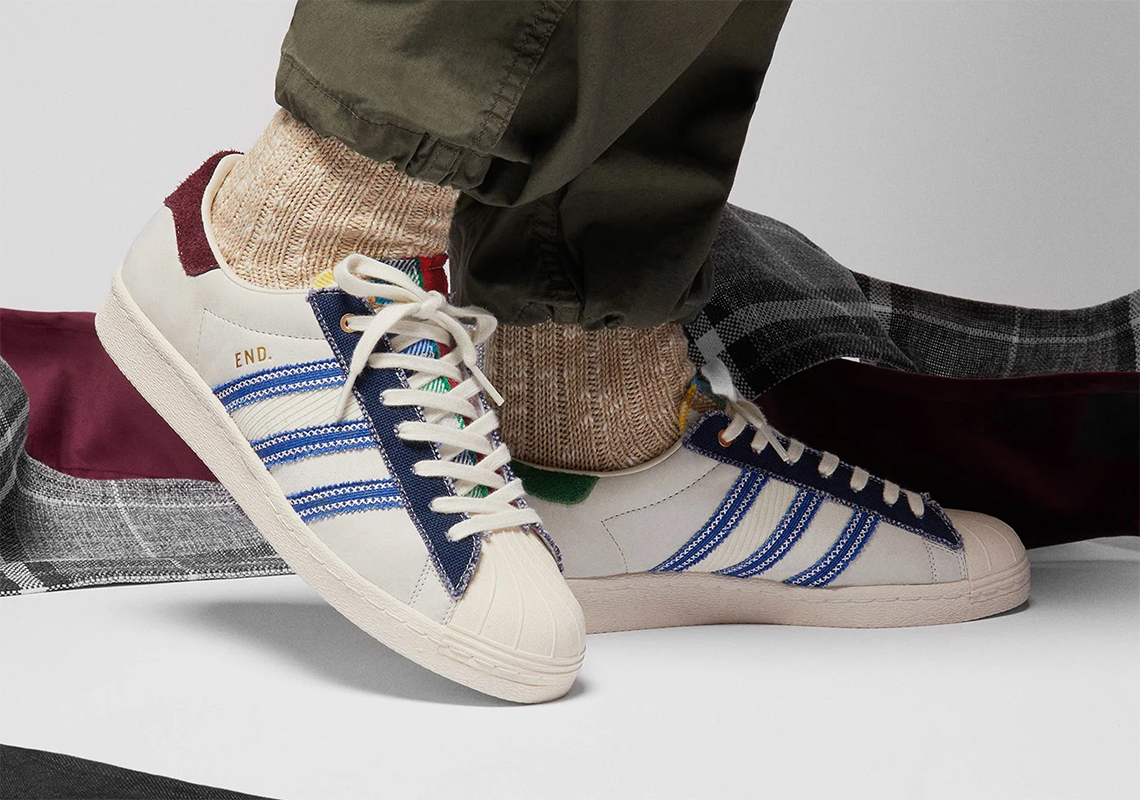 Following the limited reissue of the adidas Paris, END is teaming up with the Three Stripes once again to further celebrate the Superstar silhouette before the end of its 50th Anniversary. Dressed in a number of hand darned finishes, the pair, which is set to release by the end of the week, takes the beloved template and lenses it through the idea of “Alternative Luxury.”

While its base is relatively neutral, only making use of subtly tinted white leathers, the accents atop are anything but, most bearing dark blue swatches or loud yet complementary colors. The Three Stripes logo hits themselves, which arrive in a tinge of saturated blue, features Sashiko-inspired overstitching that provides a subtle DIY element adjacent to gold-foiled “END” branding. Above, indigo fabrics make due on the eye stay, accenting to the side of a full plaid tongue whose palette is replete of yellow, green, blue, and red tartan. Dark grass-like suedes and a more sultry burgundy then alternate along the heel tab, both home to signature adidas logos.

Grab a detailed look at these here and expect a release to hit END come September 18th.

In other news, check out the rest of what the adidas Yeezy 2020 releases. 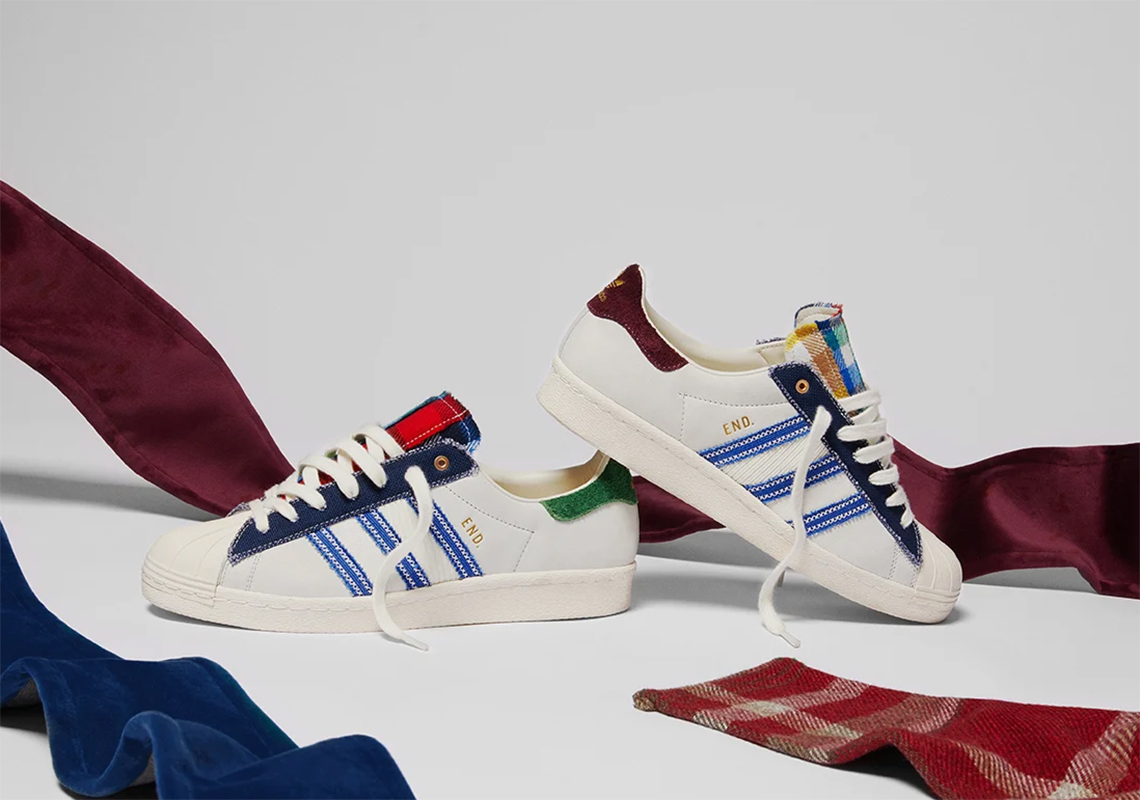 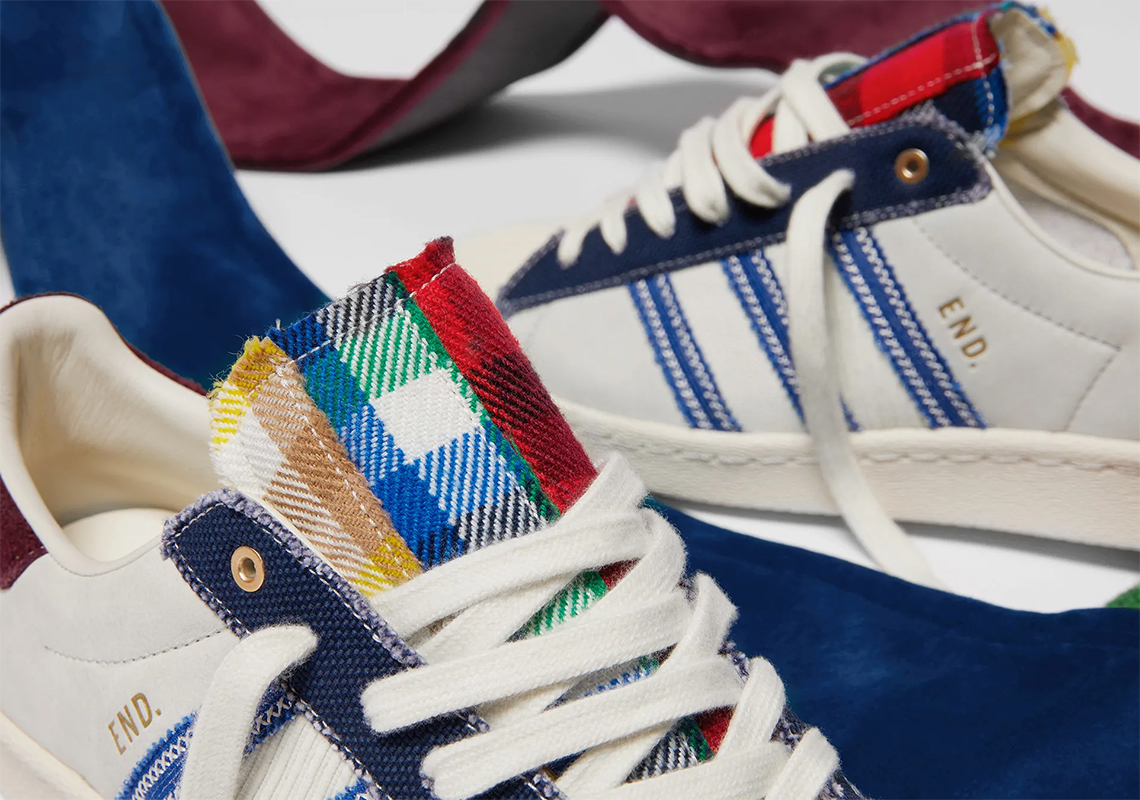 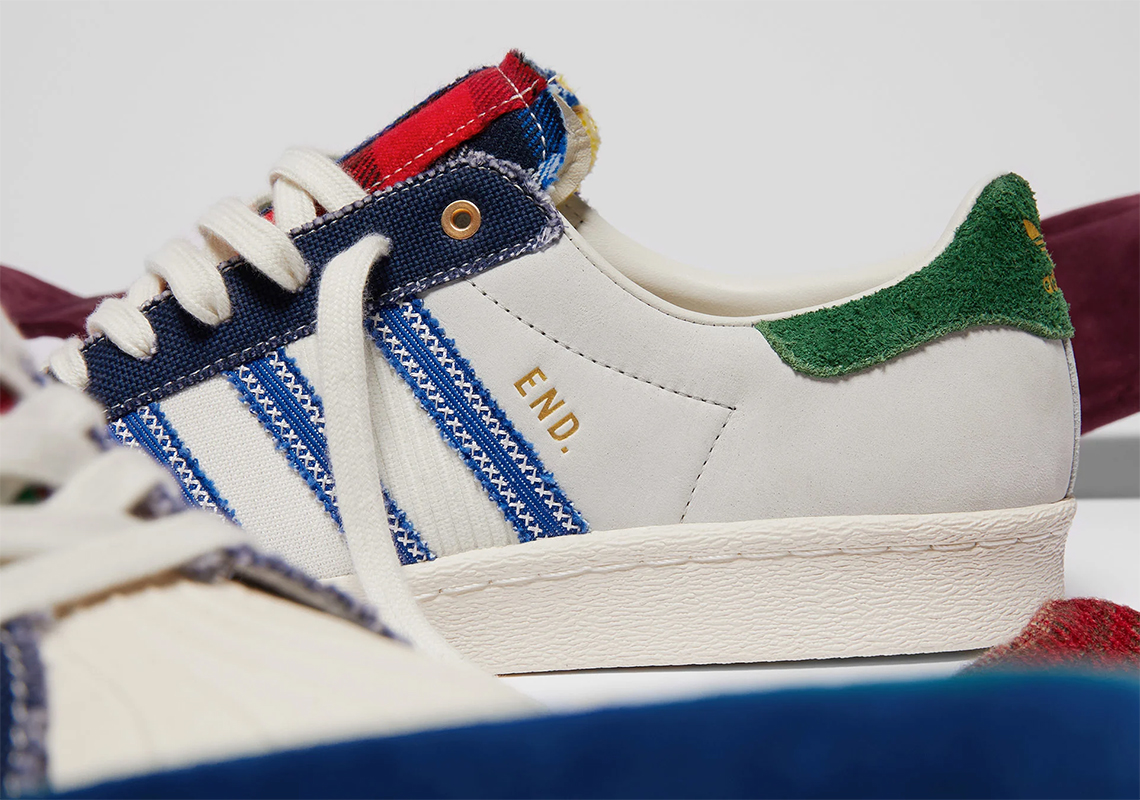 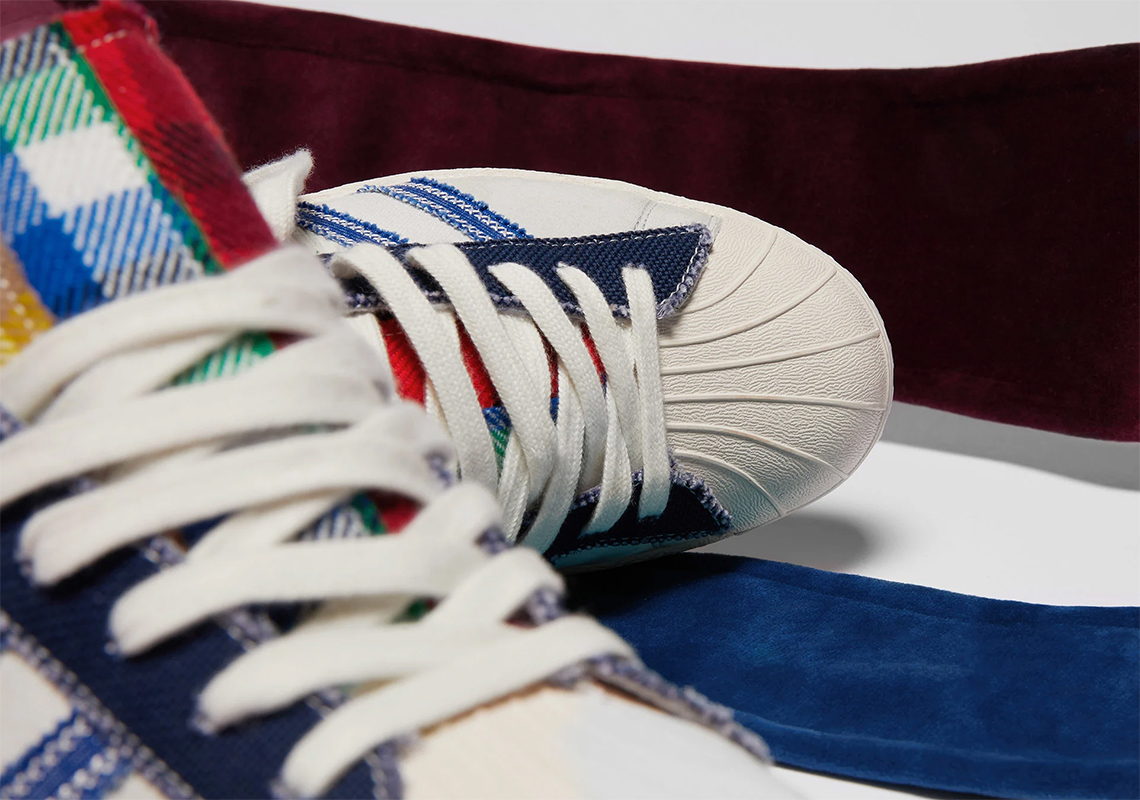 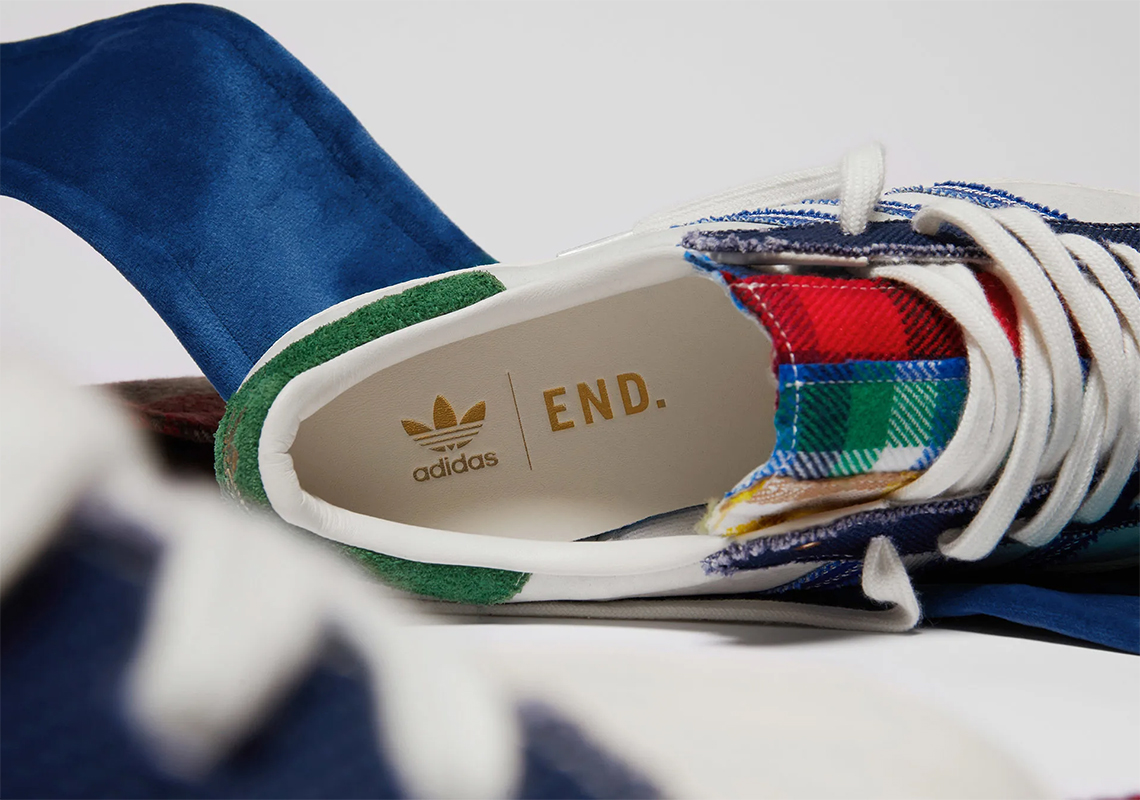