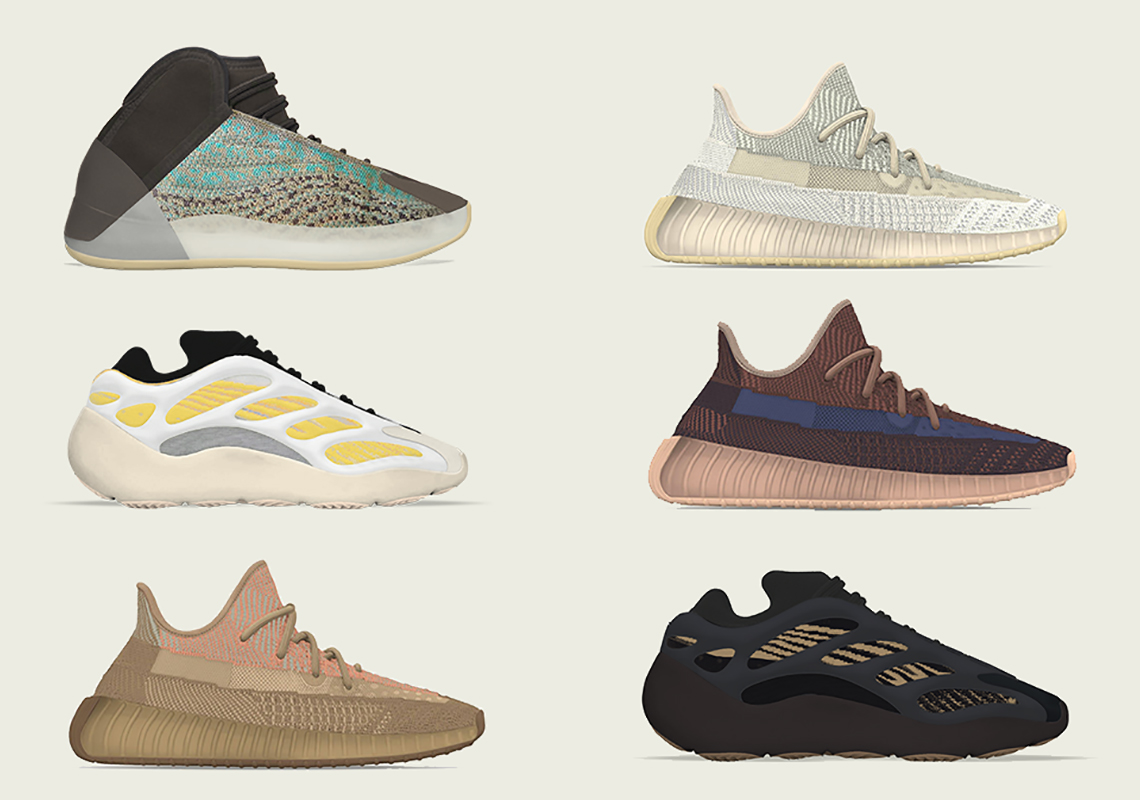 It’s been clear from the beginning that Kanye West takes great pride in being a Christian (I mean his first single was literally called “Jesus Walks”), and he’s demonstrated this in recent years by focusing on non-secular music output, and expressing himself creatively with a gospel choir known as Sunday Service. Interestingly enough, this desire to incorporate his faith into all forms of his work has also spilled into his footwear designs as several offerings such as the Yeezy 350 “Yeshaya” and the Yeezy 700 v3 “Azareth” were given monikers that were symbolic of religious figures and/or places. Prior to today, we had knowledge that this practice was going to roll over onto many of the forthcoming holiday releases, but as confirmed by Yeezy Mafia today, it appears that Ye and his team have decided to stray away from this biblical direction and opt for more traditional color names.

For the month of October, we will now refer to the YZY QNTM “Ophanium” as the “Teal Blue” colorway, and the Yeezy 350 “Abez” will be called the “Natural” iteration. For the launches slated to arrive in November, the Yeezy 700 v3 “Srphym” has been modified to “Safflower”, and the Yeezy 350 “Yecher” has been switched to the “Fade” option. Lastly, the installments that are expected to land during the Christmas month have been altered from Yeezy 350 “Eliada” to the “Sand Taupe”, while the Yeezy 700 v3 “Eremial” has changed to the “Clay Brown”. Scroll further down to find more information about each drop, and stay tuned for any further updates on upcoming Yeezy releases.

In other sneaker news, the Yeezy 350 Carbon is releasing this week.