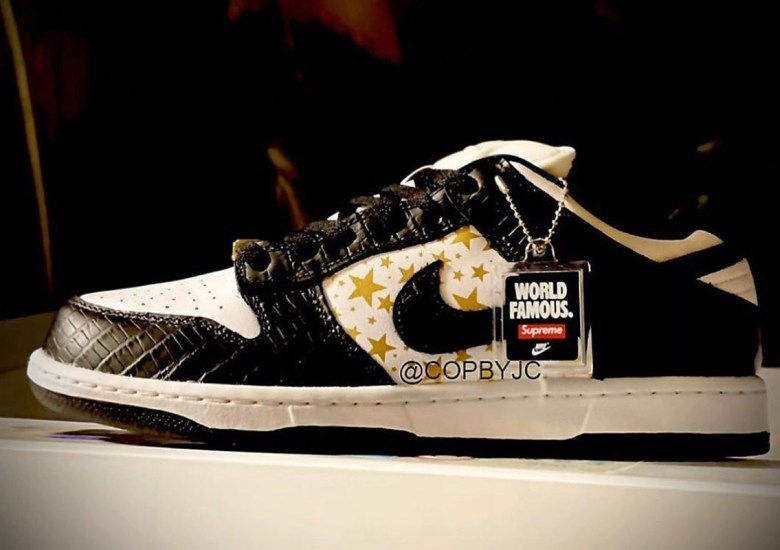 Nike SB is gearing up for the new year with all eyes glued towards the Dunk. While the category was on an upwards trend at the end of 2019, 2020 was the year it solidified itself as the most compelling sub-line by the Swoosh as it delivered heavy hitter after heavy hitter in the form of in-line gems such as the SB Dunk “Sashiko” and crisp collaborations like the Chunky Dunky. One of the more interesting drops of 2021 is undoubtedly this four-some of Dunk Lows inspired by Supreme’s 2003 Dunk High – a design some consider to be the skate/fashion label’s best ever.

According to @soleheatonfeet, four colorways are set to release in early 2021, all featuring the same combination of glossy croc-skin overlays and a gold star-laden mid-panel. But rather than the orange, red, and carolina blue seen in the originals, this new set will utilize Hyper Blue, Mean Green, Black, and Barkroot Brown. It’s not clear if these are an official collaboration with Supreme or just an homage, but regardless of its packaging, it is certain to draw attention.

If you’re interest in drops that have less a wait, the SB Dunk Low “Elephant” is dropping on 11/11.

Updated 11/01/20: Additional photos have been revealed by solebyjc. These photos reveal Supreme’s “World Famous” hangtag, which suggest that these shoes are indeed a collaboration with Supreme.

Updated 10/31/20: Photos of the upcoming Nike SB Dunk Low QS have been revealed by jaysse lopez 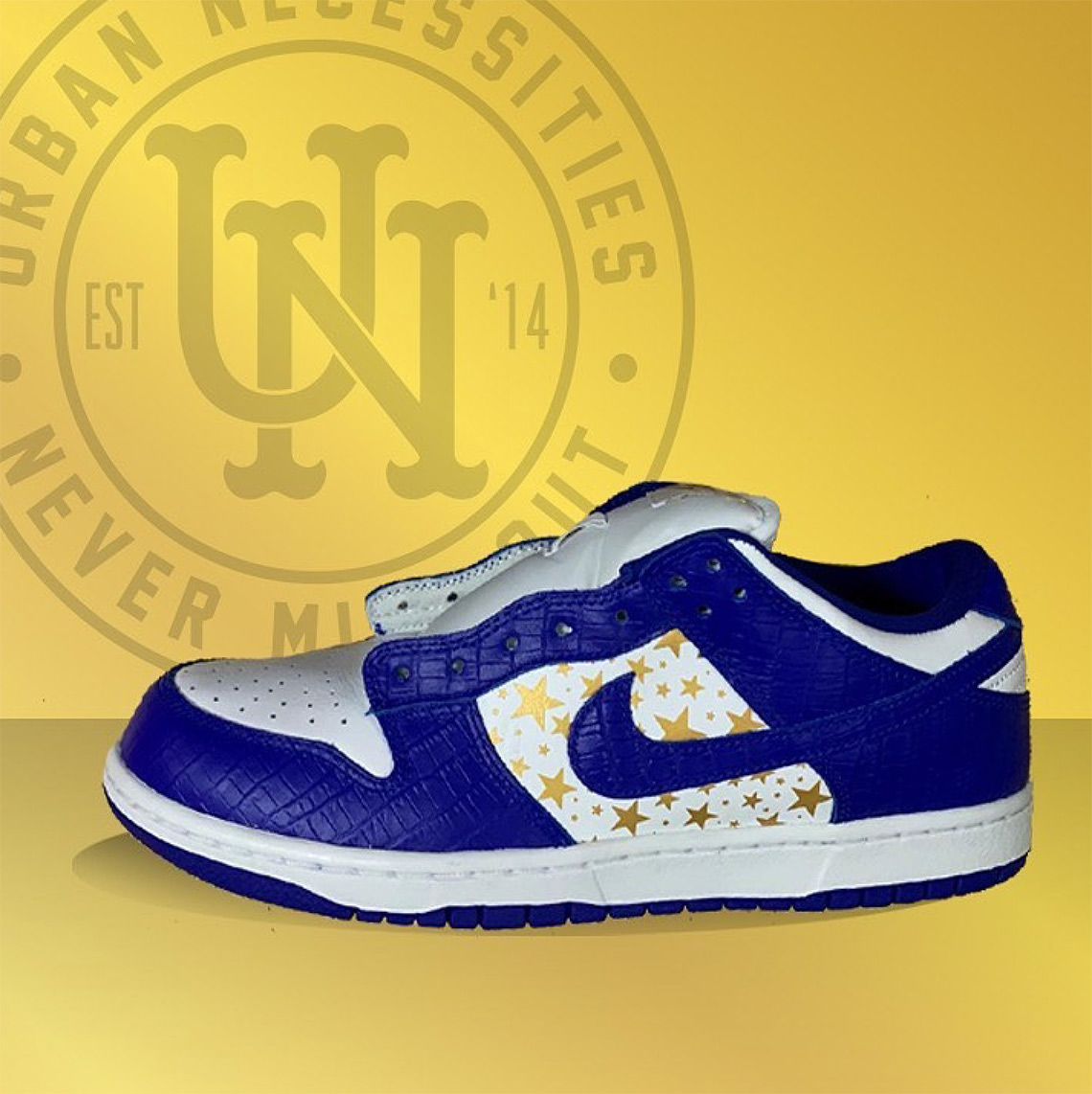 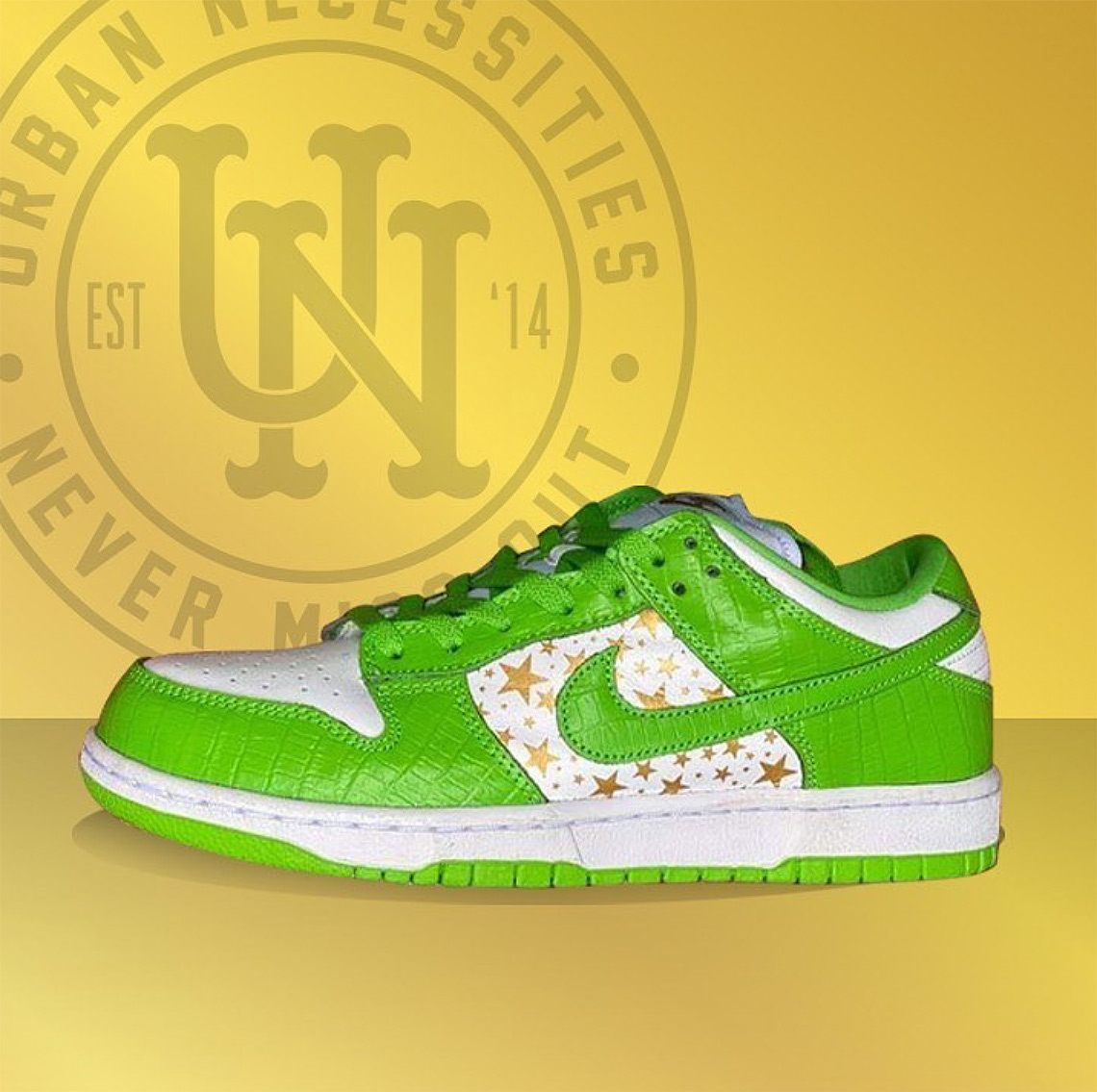 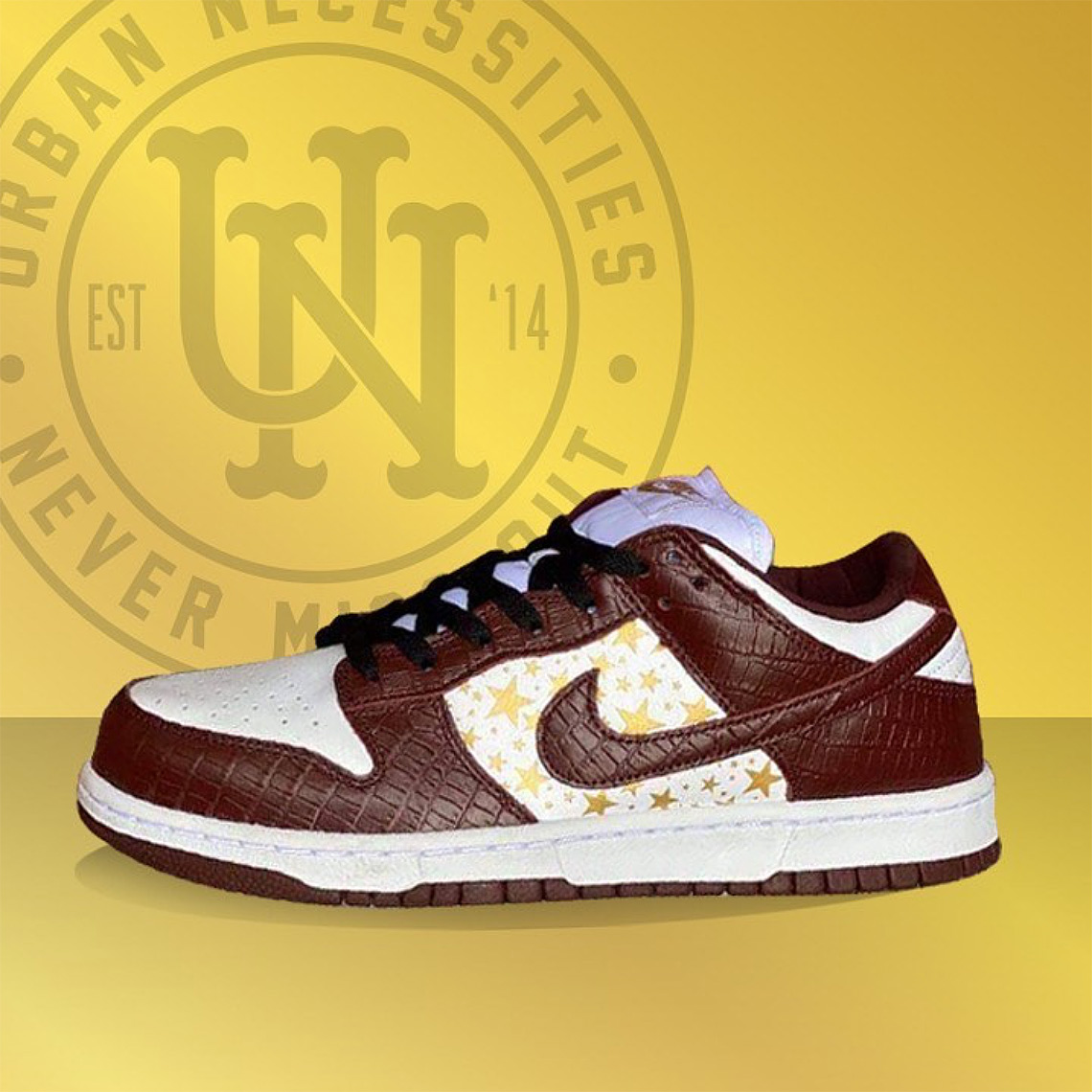 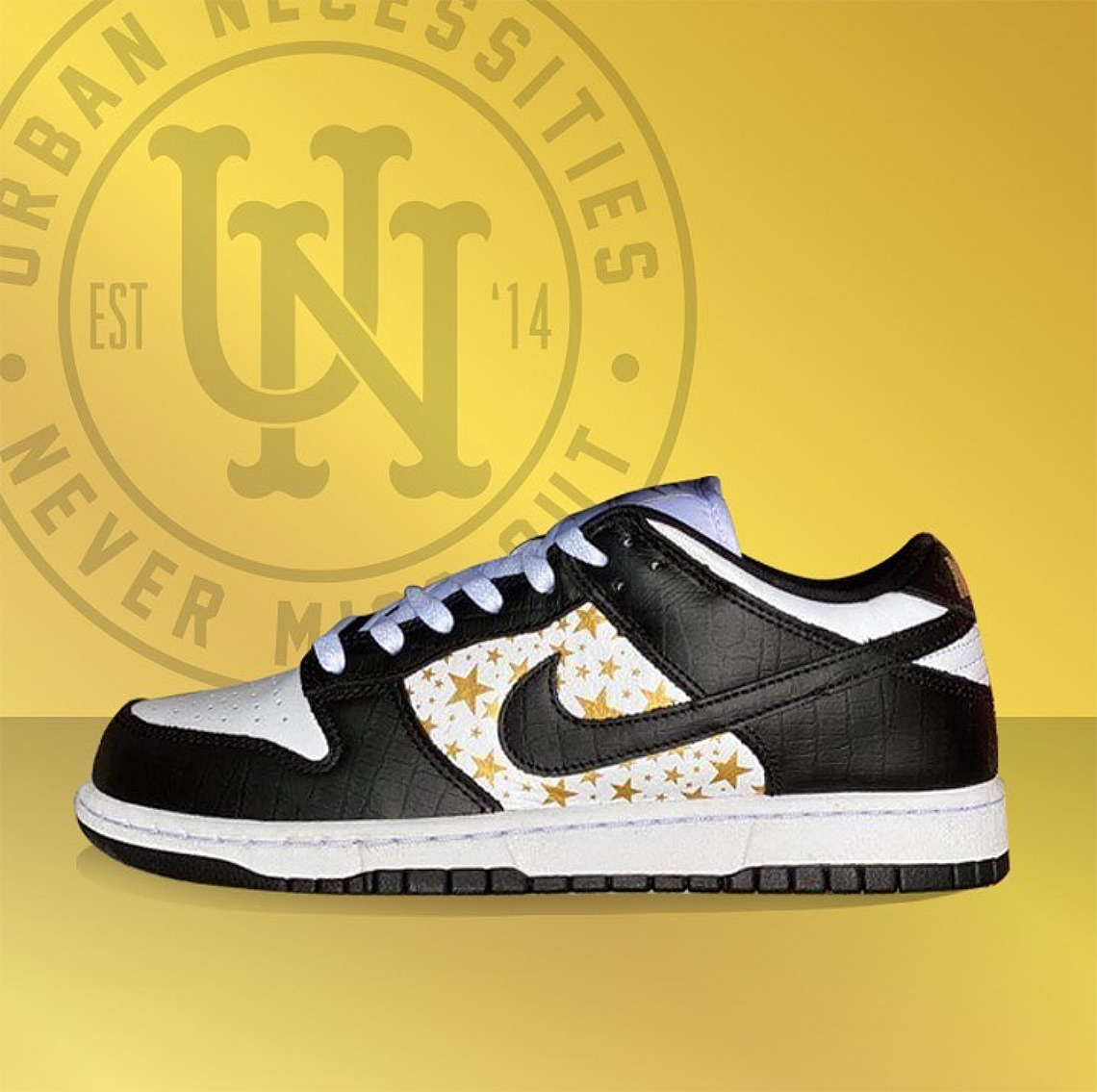 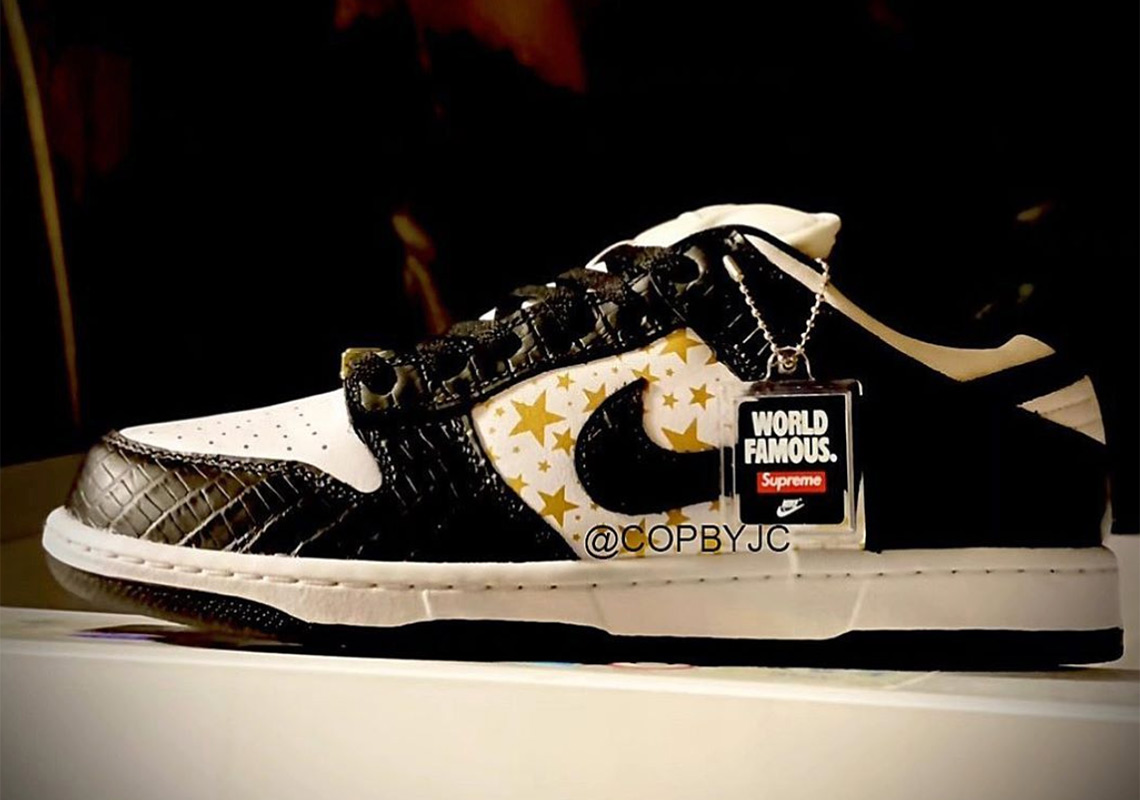 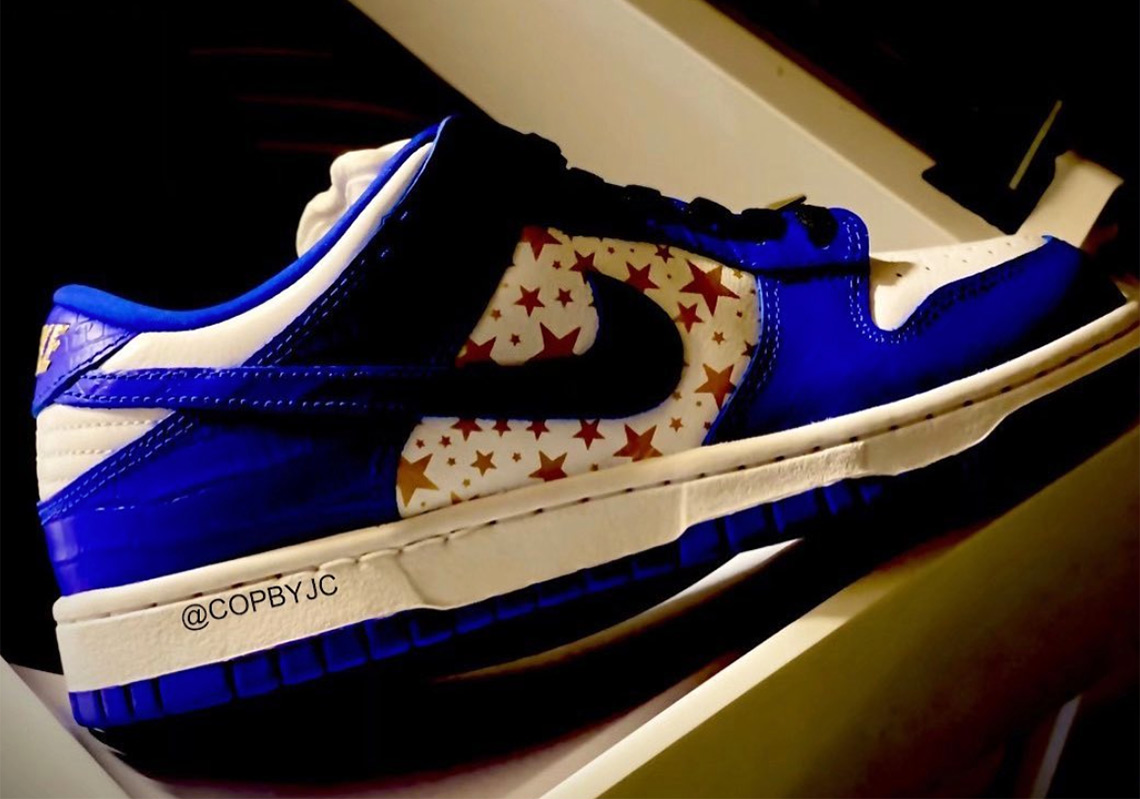