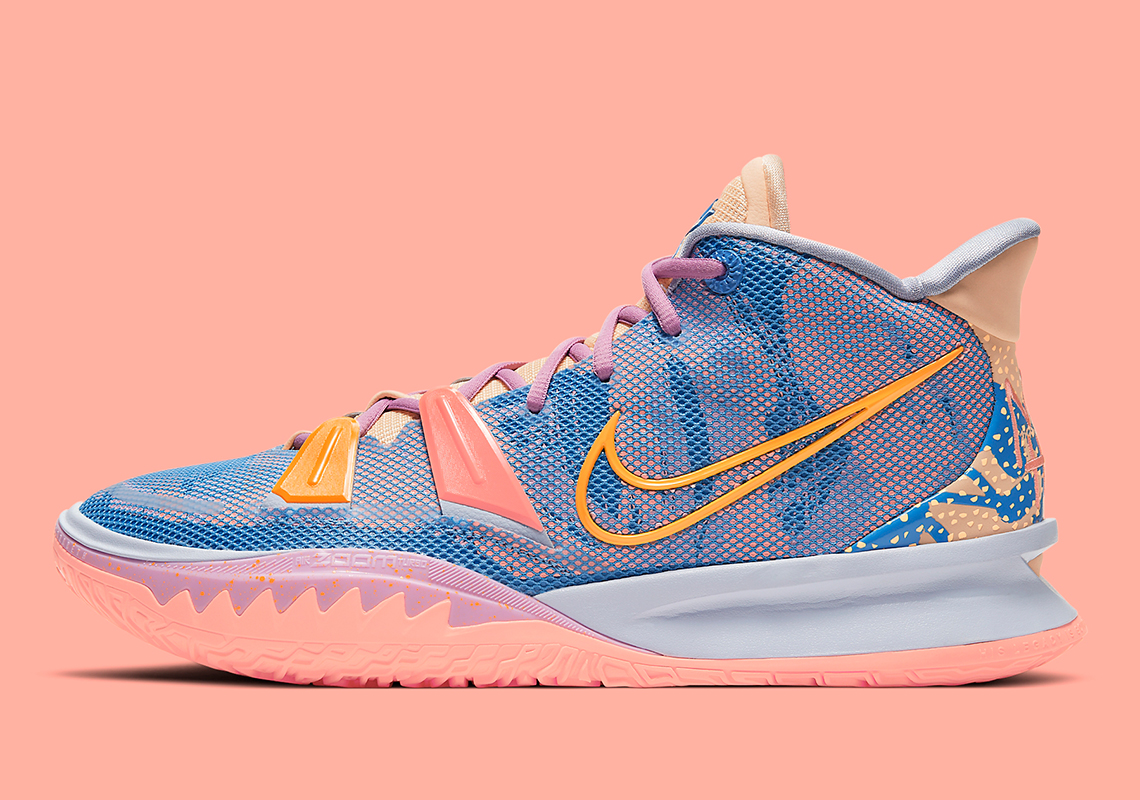 After being teased on-foot during the latest photoshoot for the Brooklyn Nets’ throwback threads that they’ll be rockin’ this season, the Nike Kyrie 7 is slowly encroaching towards its official debut. Similar to last year, the hardwood-ready silhouette will see a launch in “Pre-Heat” form through a handful of colorways. Among them is the “Expressions” rendition that hosts a lively assortment of bright tones and patterns inspired by Kyrie’s love for art and the freedom artistic expression.

Its most eye-catching features are the lateral panels/toe boxes as well as the heels. The former features bold blue and pink brush stroke-inspired graphics, while the latter is ornamented with a mosaic of abstract rocky shapes and an embroidered hit that forms the letters “HF” that sits beneath a crown. Furthermore, sunrise-like pastels scatter throughout various territories of the shoe such as the orange Swooshes, lavender shoe strings, and coral-colored treading. For a further look at this pair scroll ahead, and anticipate these to drop on Nike.com when November 11th rolls around in the form of a mystery box release.

Elsewhere in sneaker news, the Air Jordan 1 High Paisley is slated for a Spring 2021 arrival. 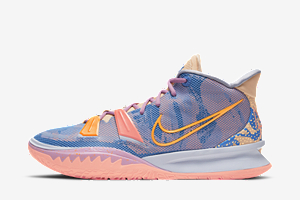 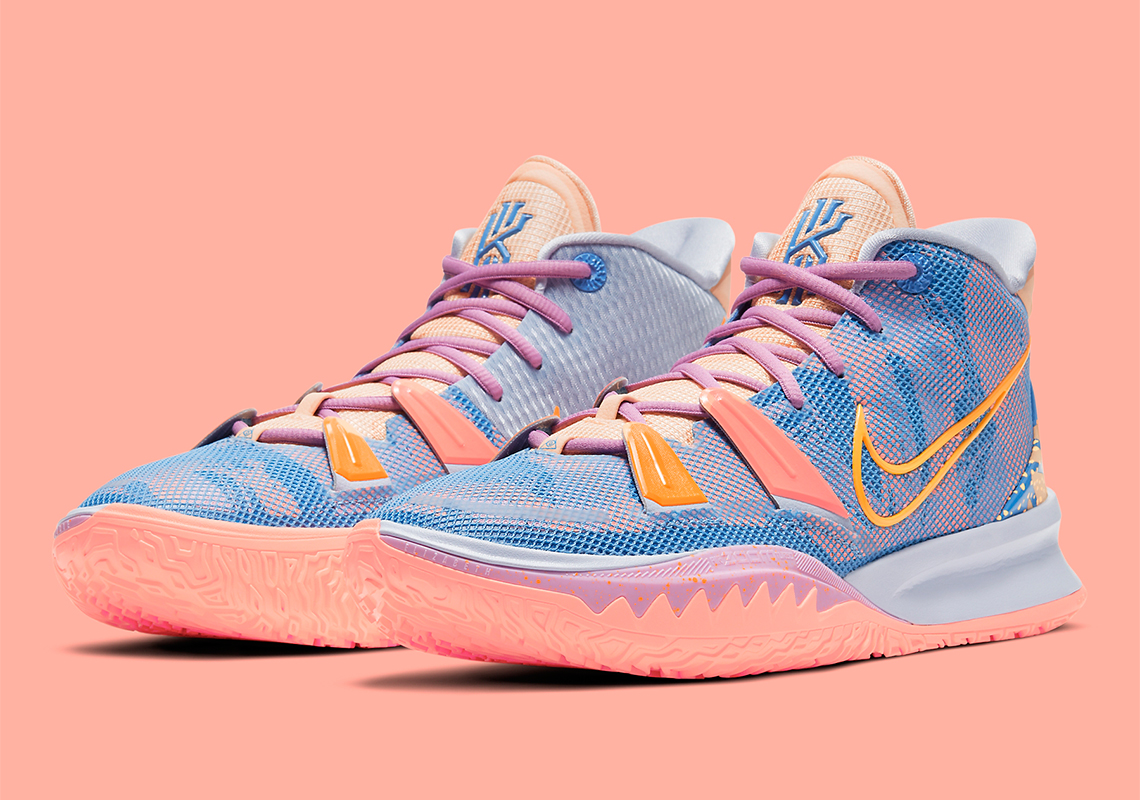 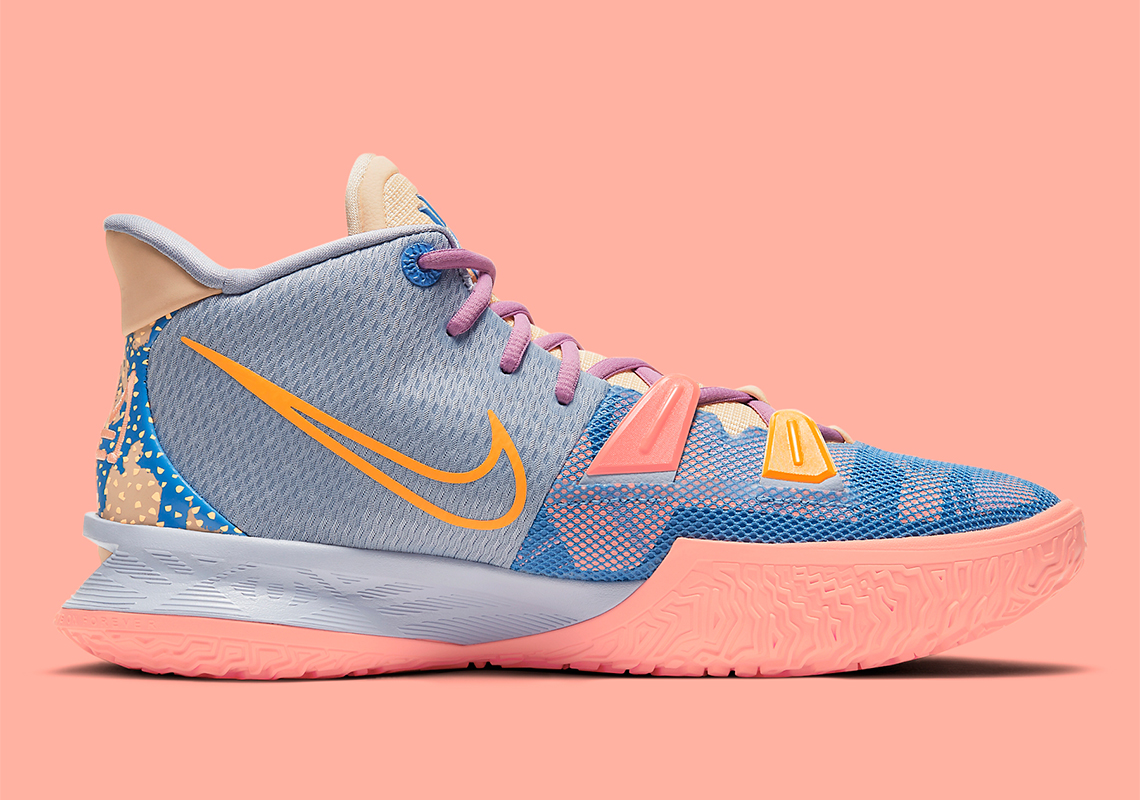 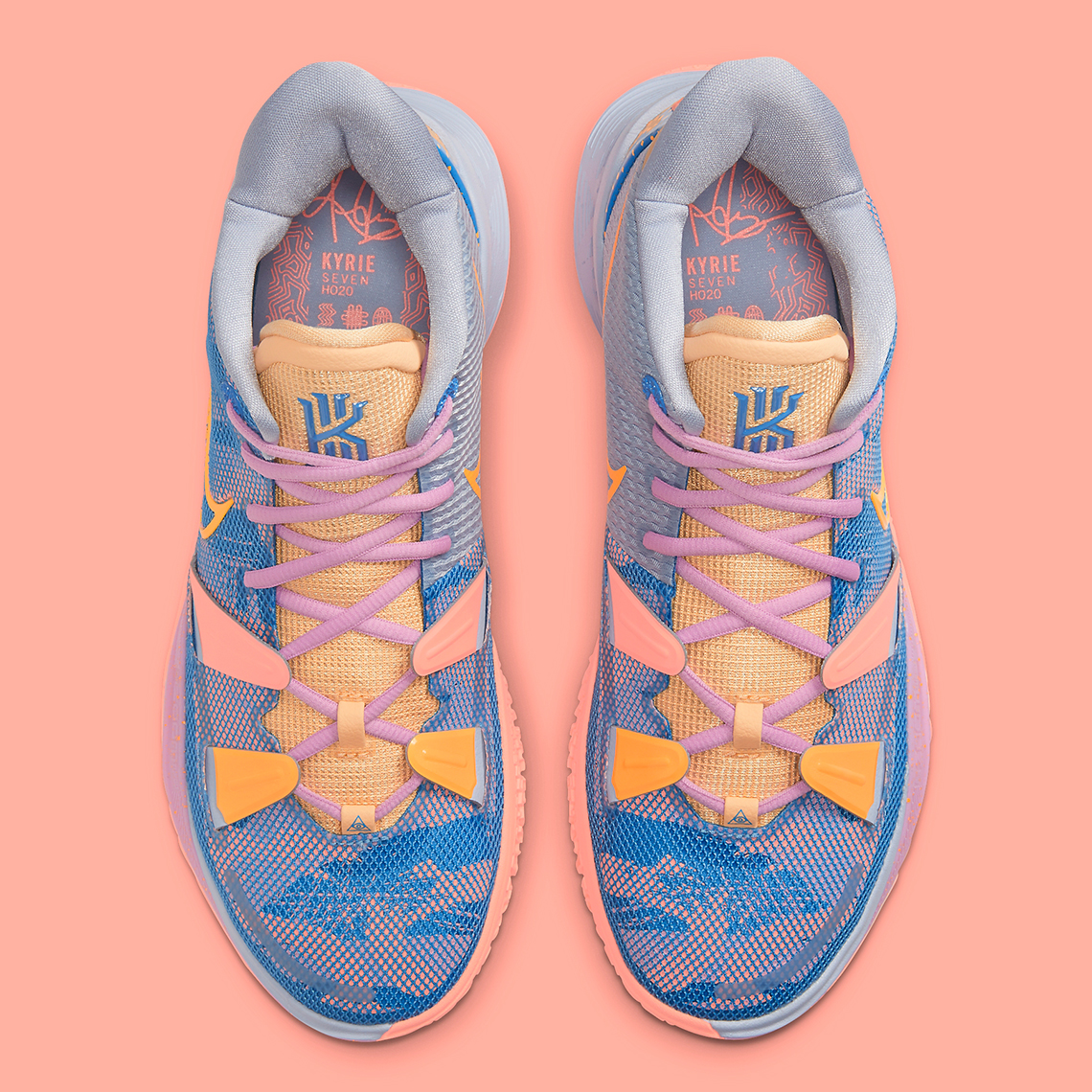 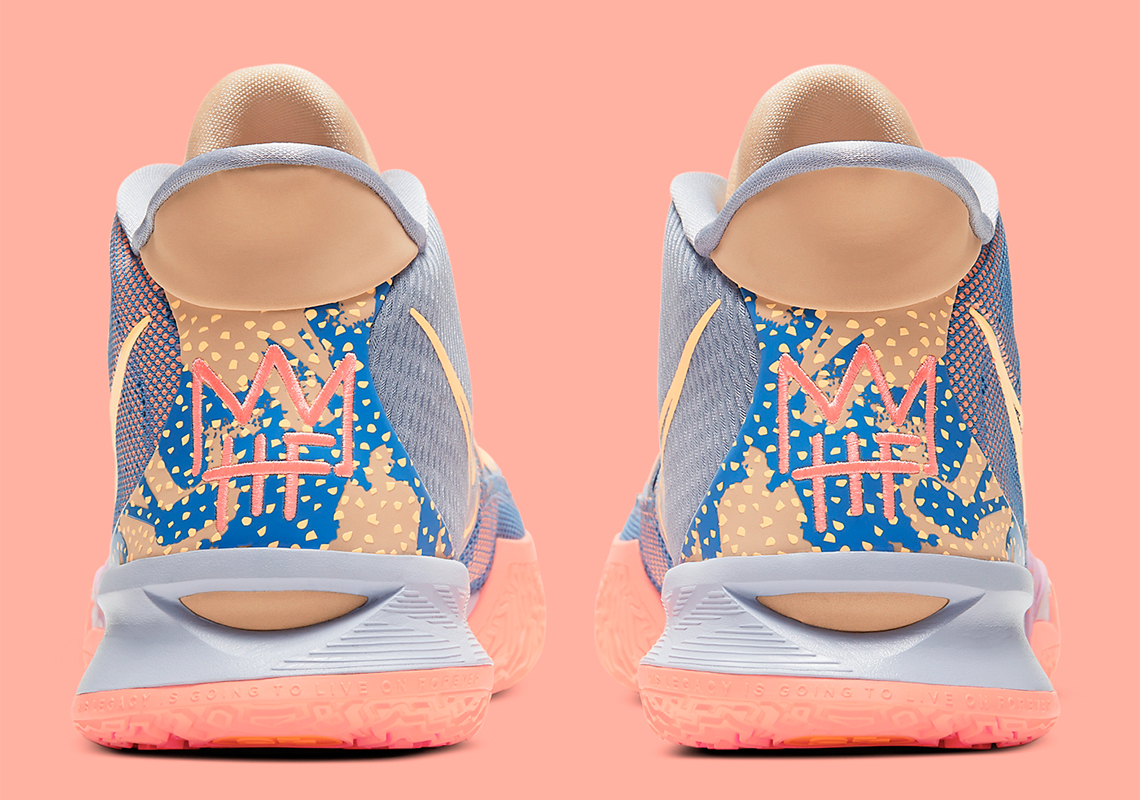 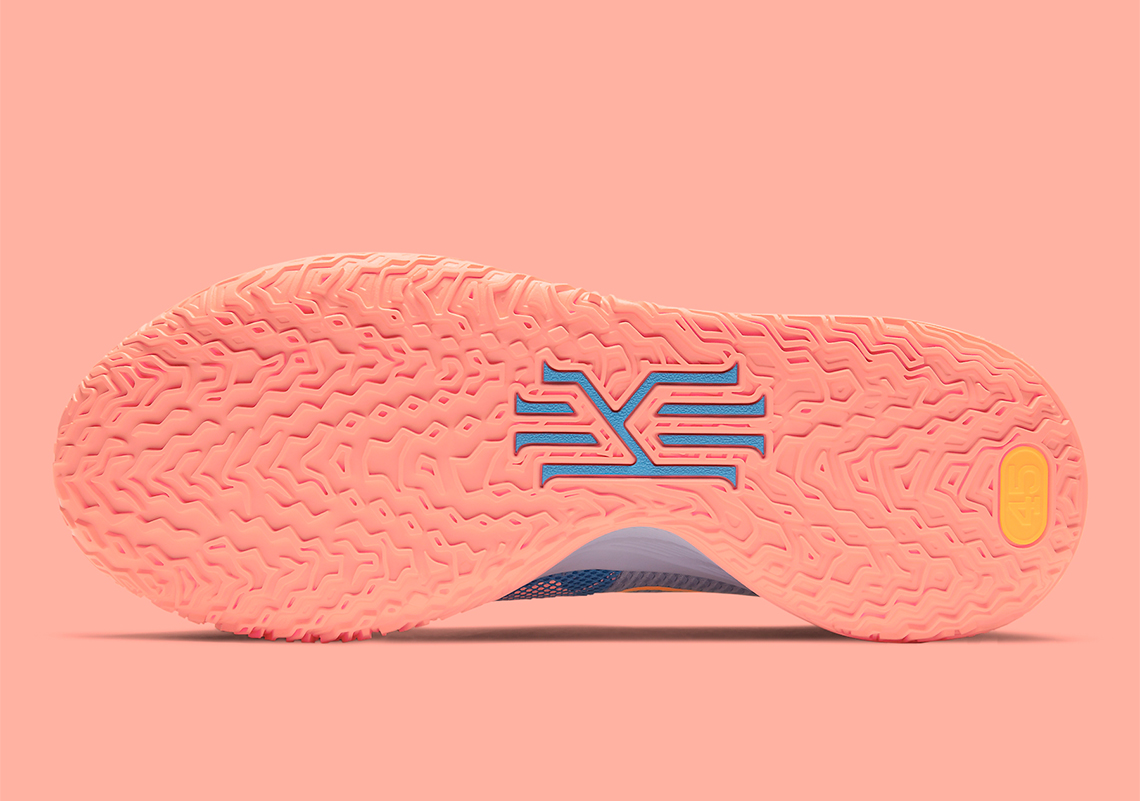 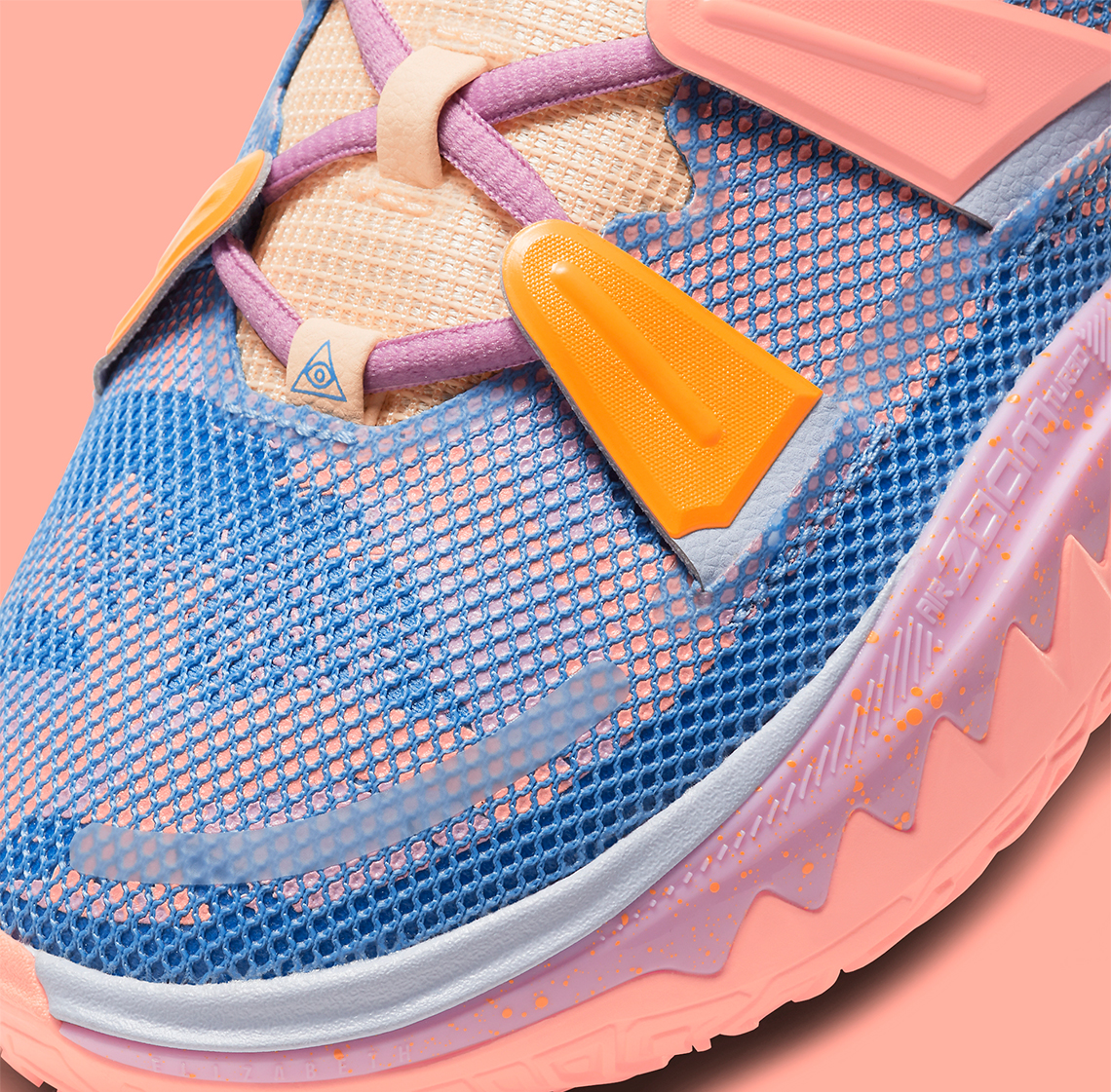 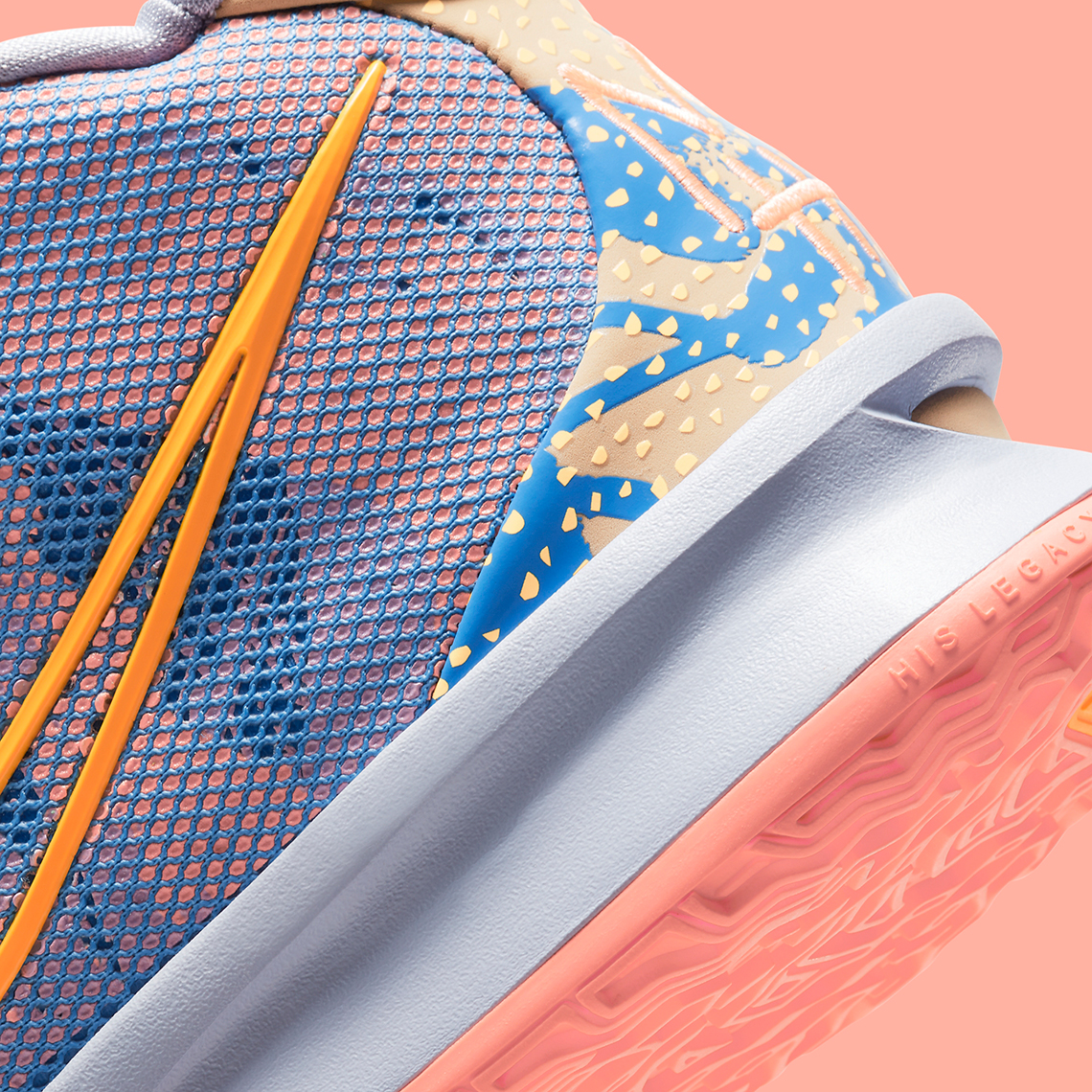