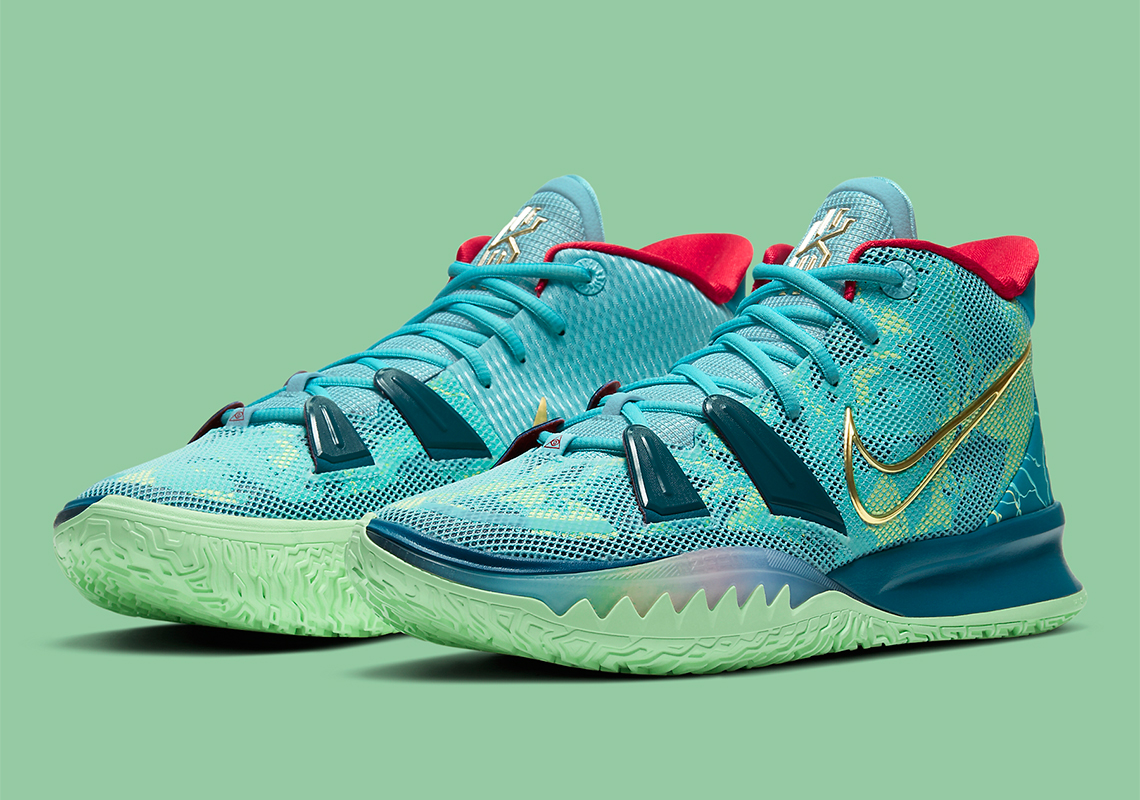 When the Kyrie 6 first released back in 2019, Nike Basketball and the All-Star point guard decided to roll out the silhouette through a “Pre-Heat” collection. Eleven colorways dropped on 11/11, all of which were unique in their own way and designed to honor eleven of Kyrie Irving‘s favorite destinations around the globe. In 2020, that very same initiative will be back for a second round, this time to usher in the Brooklyn baller’s next signature with the Swoosh: the Nike Kyrie 7.

One of the entries included in this range will be the super vibrant “Special FX” makeup that’s specifically designed to encompass Irving’s affinity for film. Uppers carry heaps of brighter-toned energy as they mix between ventilated mesh, and a sort of camouflage-like lateral/forefoot pattern that brings together additional hues of dark teal and pastel green, the latter symbolizing a green screen. In terms of its other significant details, you’ll find this iteration coat its tongue logos and side Swooshes with golden finishes, the apply cherry red exteriors to the liners, and decorate its heels with lightning bolt patterns behind its “HF” embroidery standing for “Happy Family.” Scroll down right here to view more photos of the pair, and find these hitting Nike.com come November 11th in the form of a mystery box release. 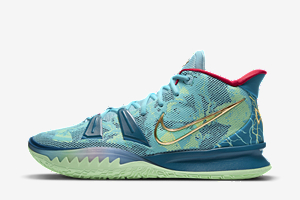 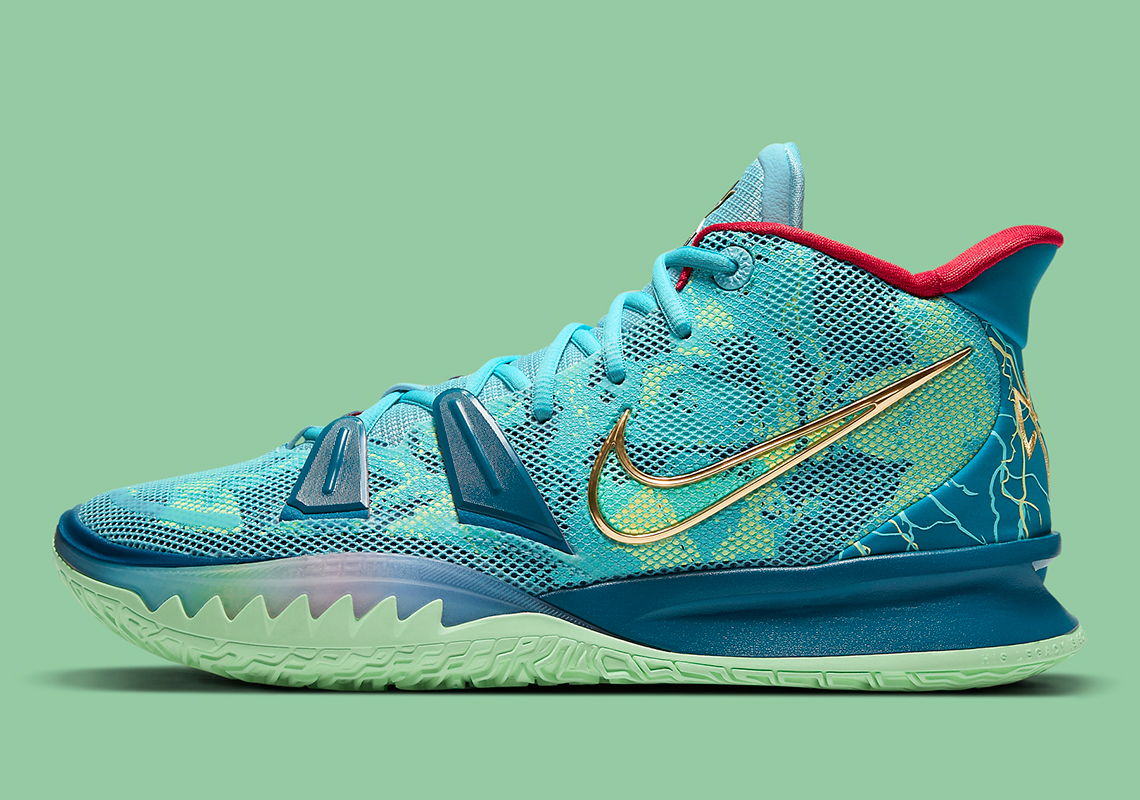 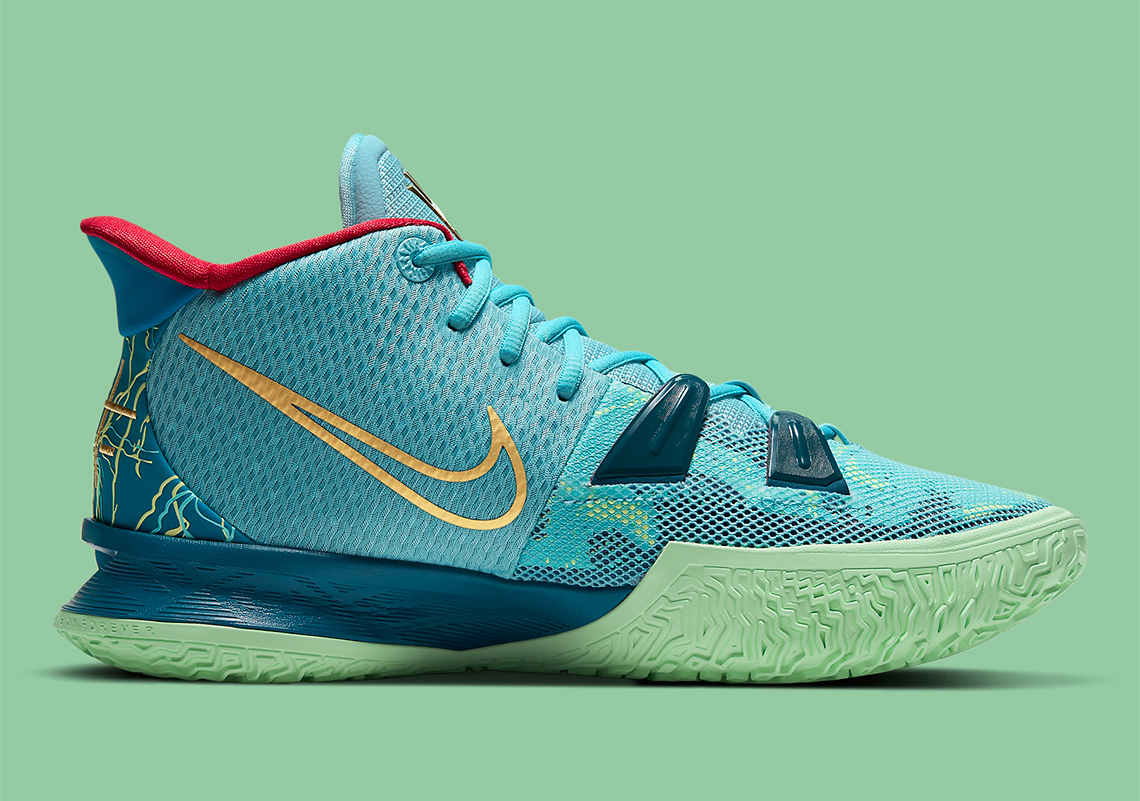 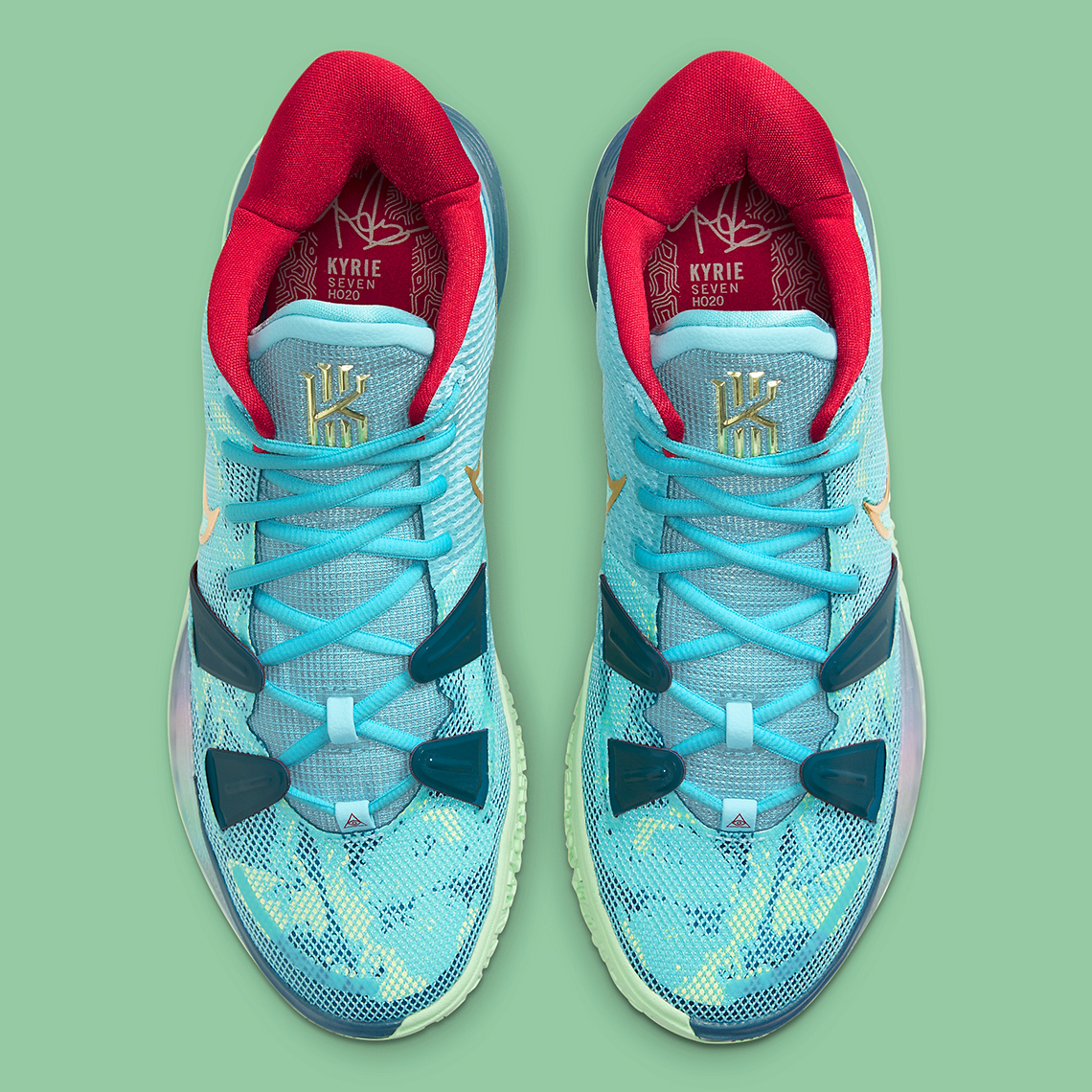 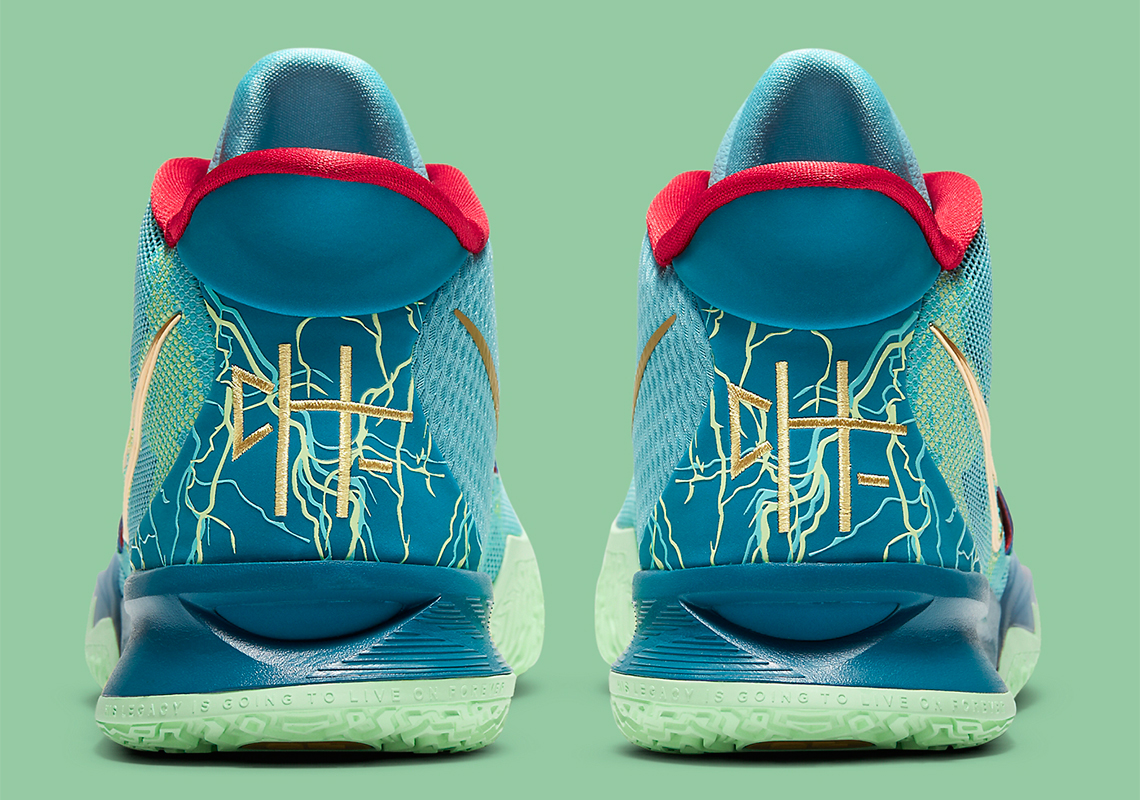 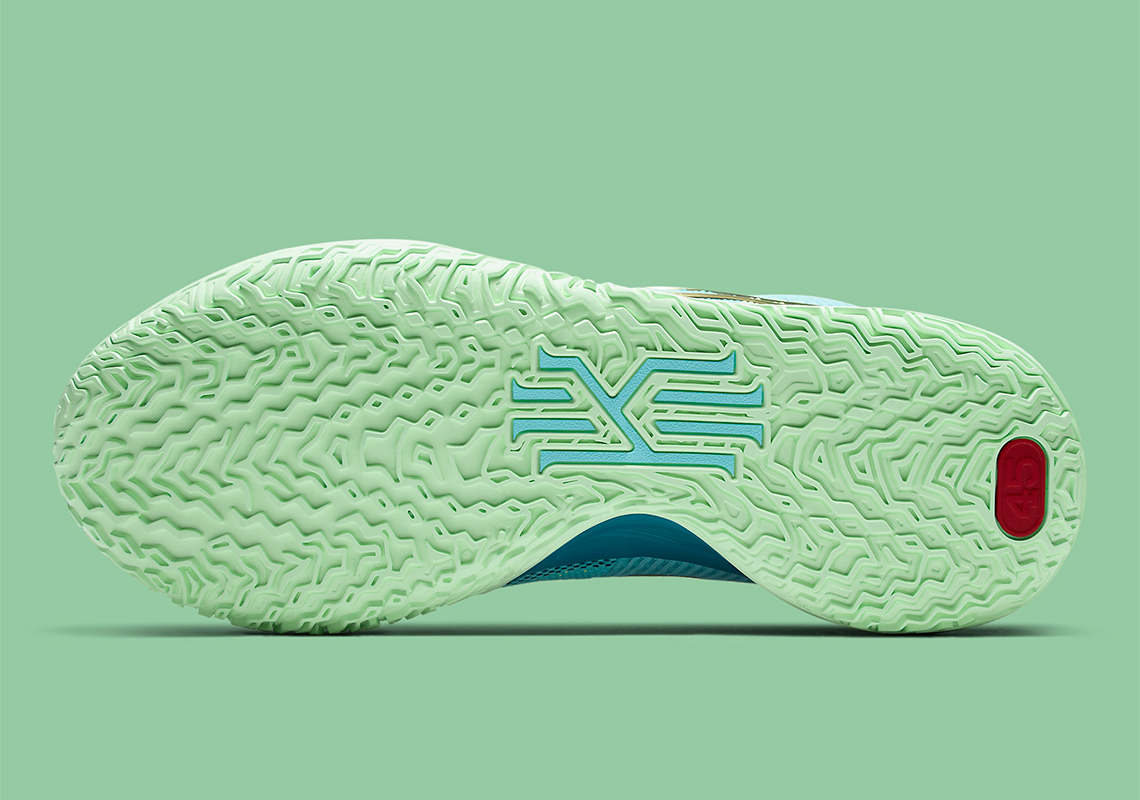 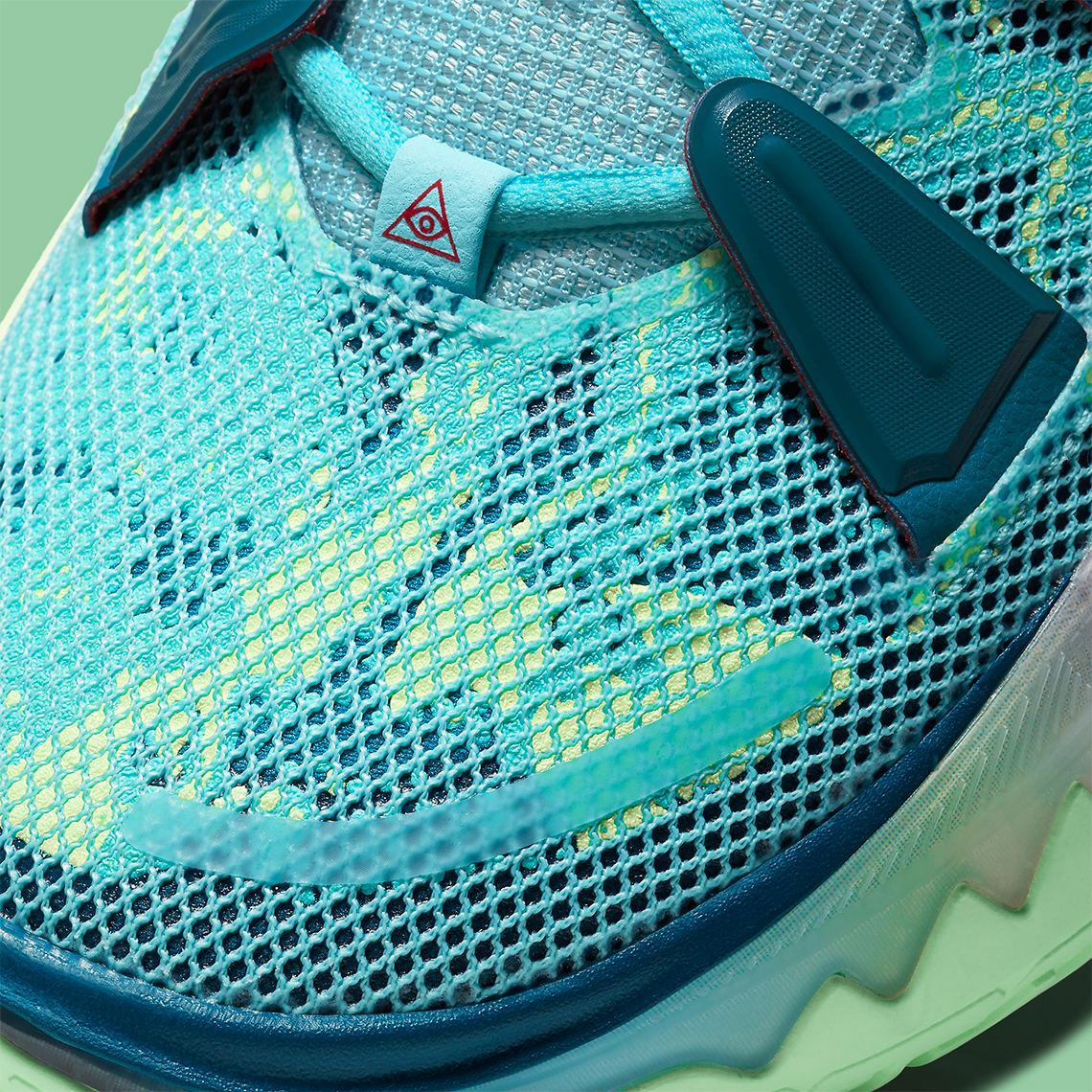 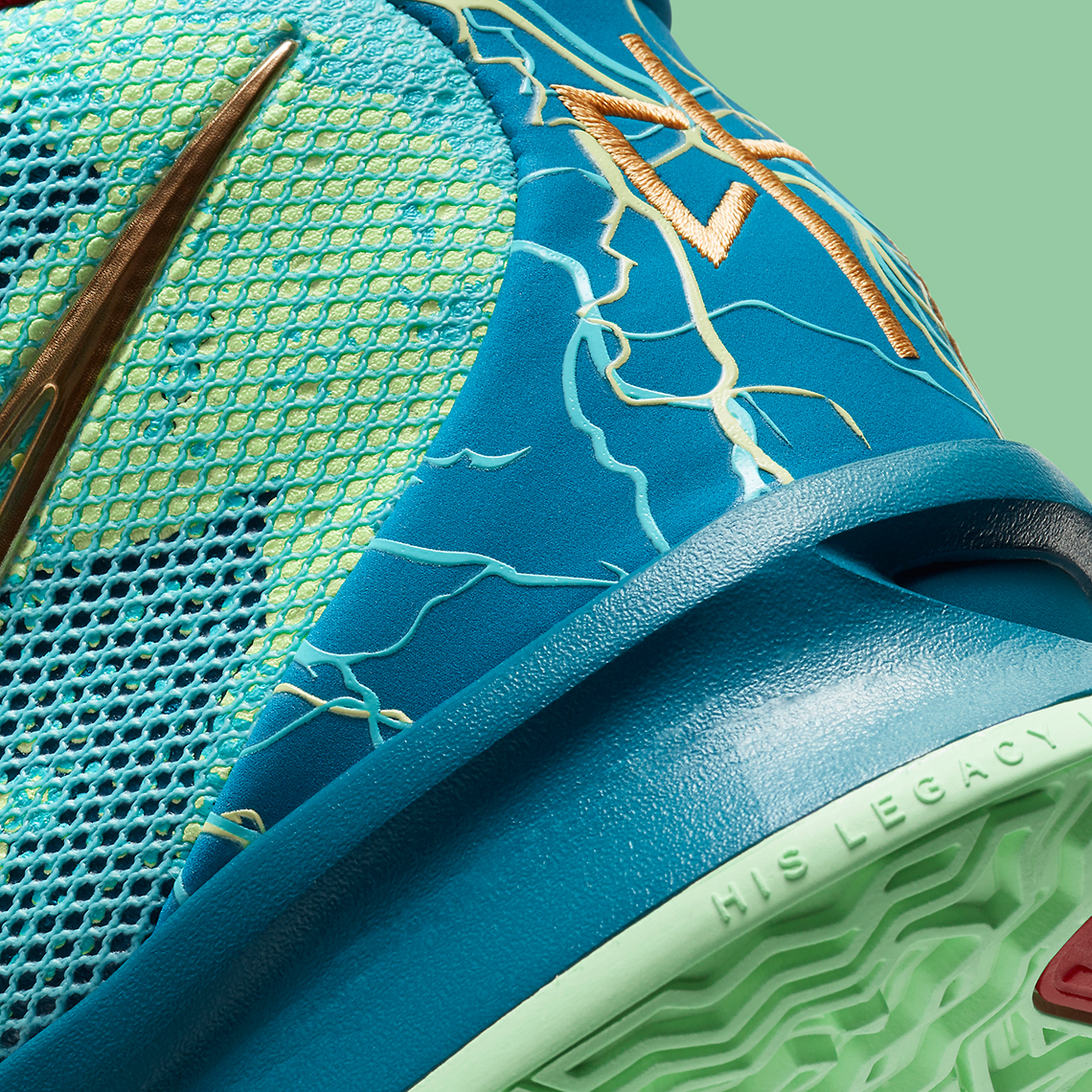