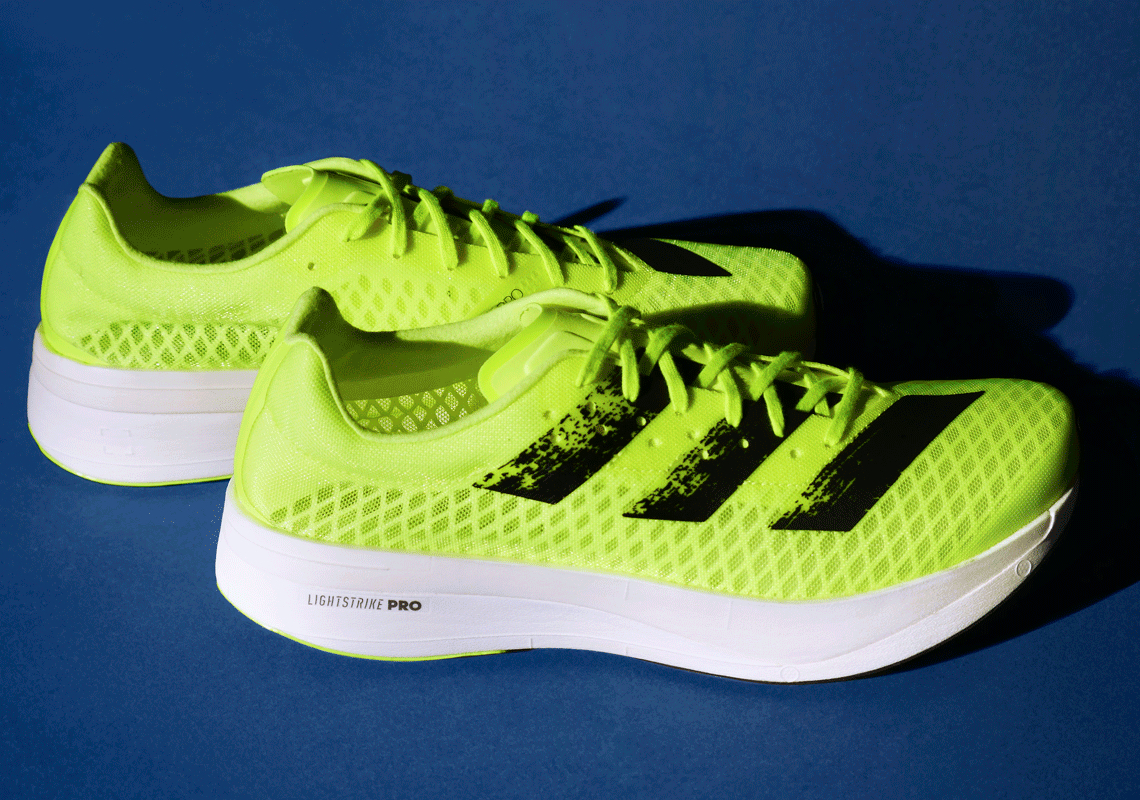 While the casual sneaker collector may only recognize the “Solar Yellow” tone from having appearing on the Ultra Boost‘s initial run, the hue has been inspired by Haile Gebrselassie’s marathon world record in Berlin (2008). Lateral 3-Stripes on the world record-breaking-enabling silhouette interrupt the breathable, lightweight upper’s electrifying arrangement with their black composition. Fine-tuned, decoupled tread underfoot also indulges in the highlighter-reminiscent hue, but the robust LightstrikePRO midsole it supports doesn’t. Instead, the carbon fiber rod-infused cushioning opts into a neutral white color scheme; the revolutionary solution’s namesake appears on the lateral heel in black.

The adizero adios Pro “Sunrise Bliss” arrives to the adidas.com app on December 1st with a price tag of $200 USD. In the meantime, enjoy images of the shoes here below.

For more from the Three Stripes, check out the latest from adidas 4D. 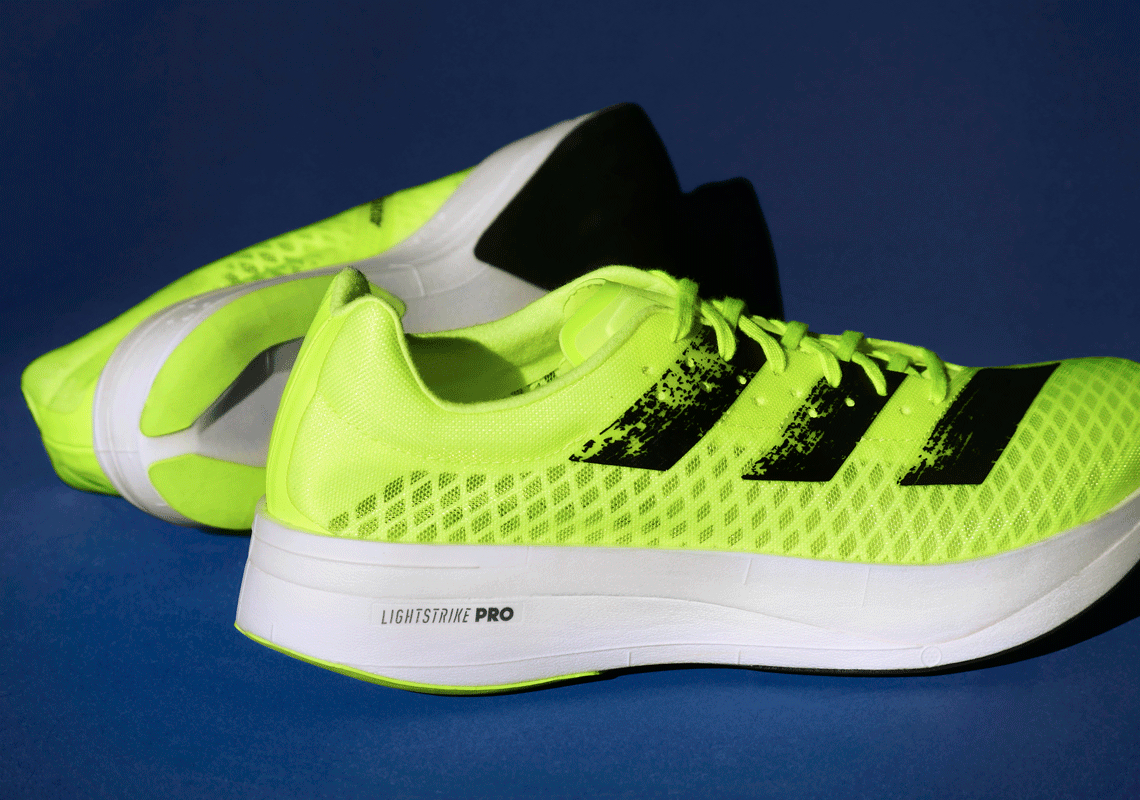 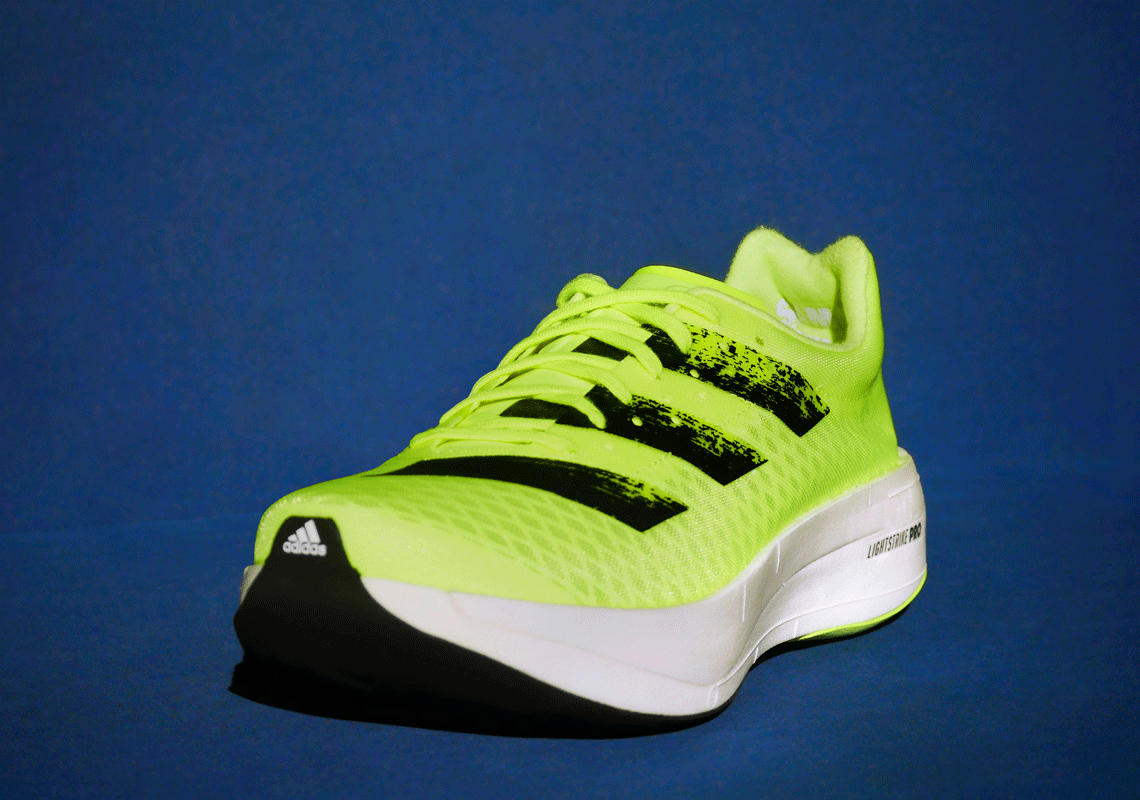 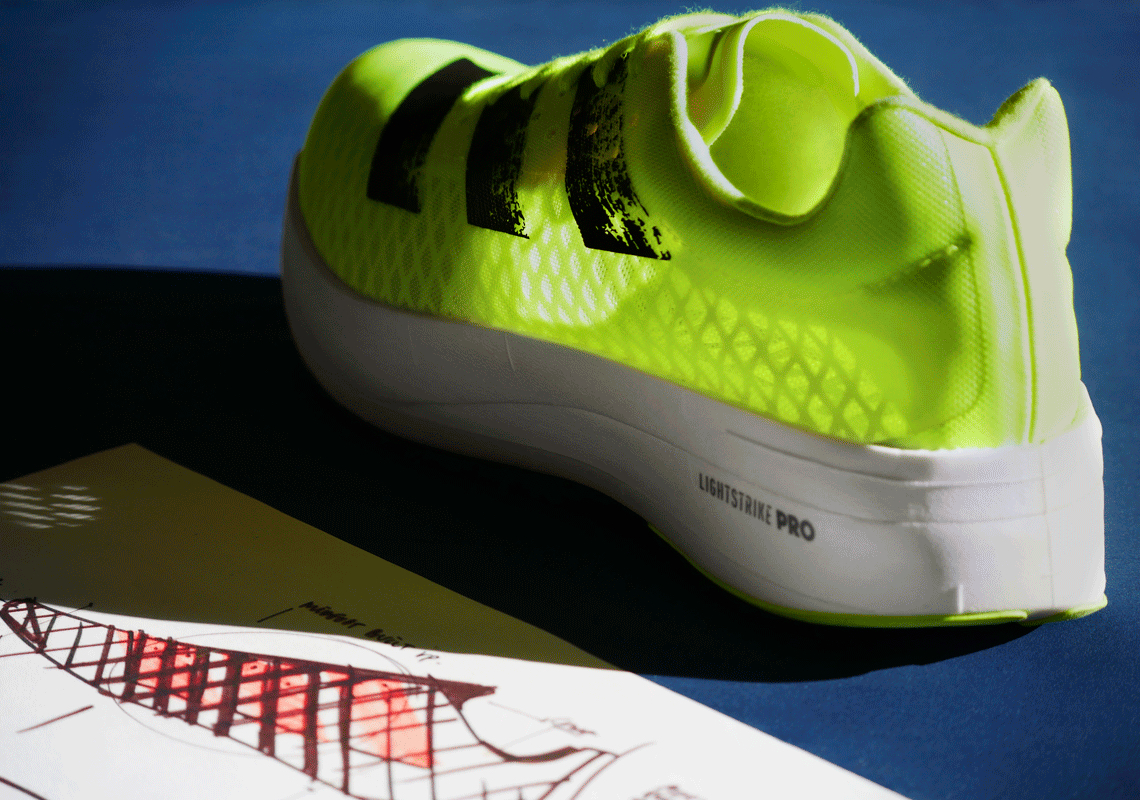 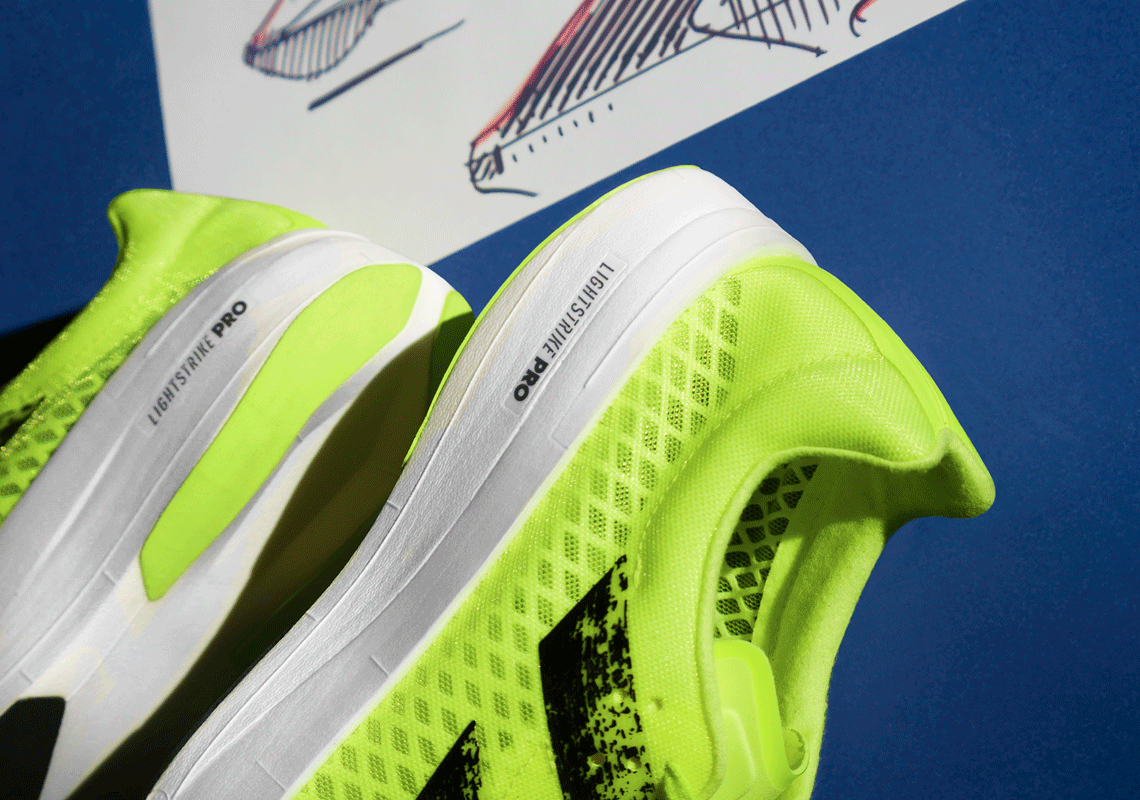