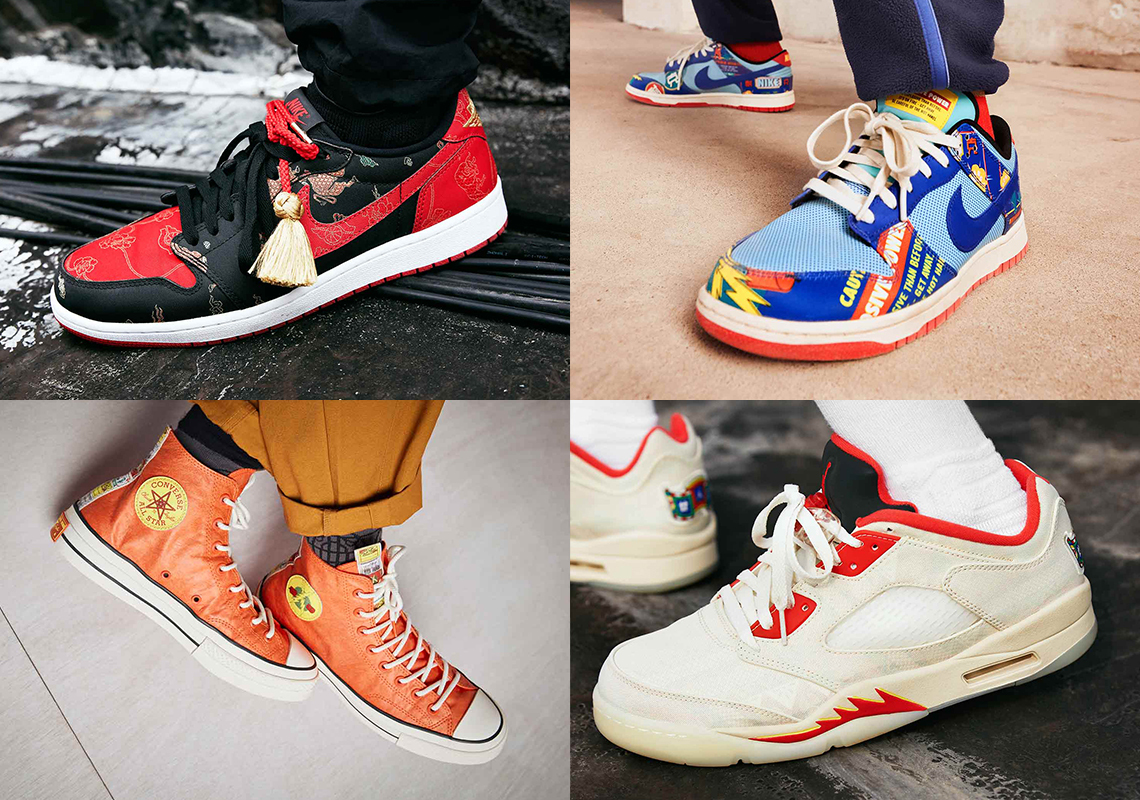 As NIKE, Inc. closes out one of its most challenging, yet successful calendar years in recent memory, the North American sportswear behemoth has turned its attention to the Chinese New Year. In celebration of the “Year of the Ox,” the conglomerate has prepped 16 footwear and apparel propositions rooted in three design ethos, as mentioned in the collection’s official press release: “the explosive firecracker, the artisanal Chinese knot and the naturalistic spring blossom.”

A previously-seen, low-top Air Jordan 5 joins the Nike Dunk Low, its Disrupt version and the Jordan 35 in a nod to firecrackers’ statement-making. Although both of the Jumpman Brand’s options appear in familiar red and sail and black and red arrangements, they feature wear-away uppers that reveal bold firecracker-packaging patterns underneath. Accompanying silhouettes under the capsule’s “Crackle” theme are louder in their outward presentation: the women’s-exclusive model sports playful graphics throughout its pink, red and blue color palette, while the non-Dunk Low Disrupt dons a similar light blue base overlaid with colorful warning-label prints. Both pairs include fuse-style laces.

Away from the ultra-loud, various performance and lifestyle sneakers commemorate the sense of unity literally delivered by a Chinese knot. The Kyrie 7 and SuperRep 2, just as the Air Max 2090 and Blazer Mid ’77, debut custom logos inspired by a vintage ticket from a temple fair. Adjacent pairs of the Jordan 1 Low and Converse Chuck 70 up the ode to craftsmanship with their respective Jacquard and debossed patterns, as well as gold pendant and patent leather.

NIKE, Inc. reinterprets the Jordan Delta Breathe, Air Max Verona, Escape Run and Chuck 70 under the “Creation” banner. Springtime floral patterns, flowery pastels and patchwork are applied on the handful of footwear options in the third category as an ode to new life. While not entirely different from the two aforementioned categories, the range dedicated to “the naturalistic spring blossom” favors a beige tone perfect for the months directly following the Lunar New Year (February 12th, 2021). 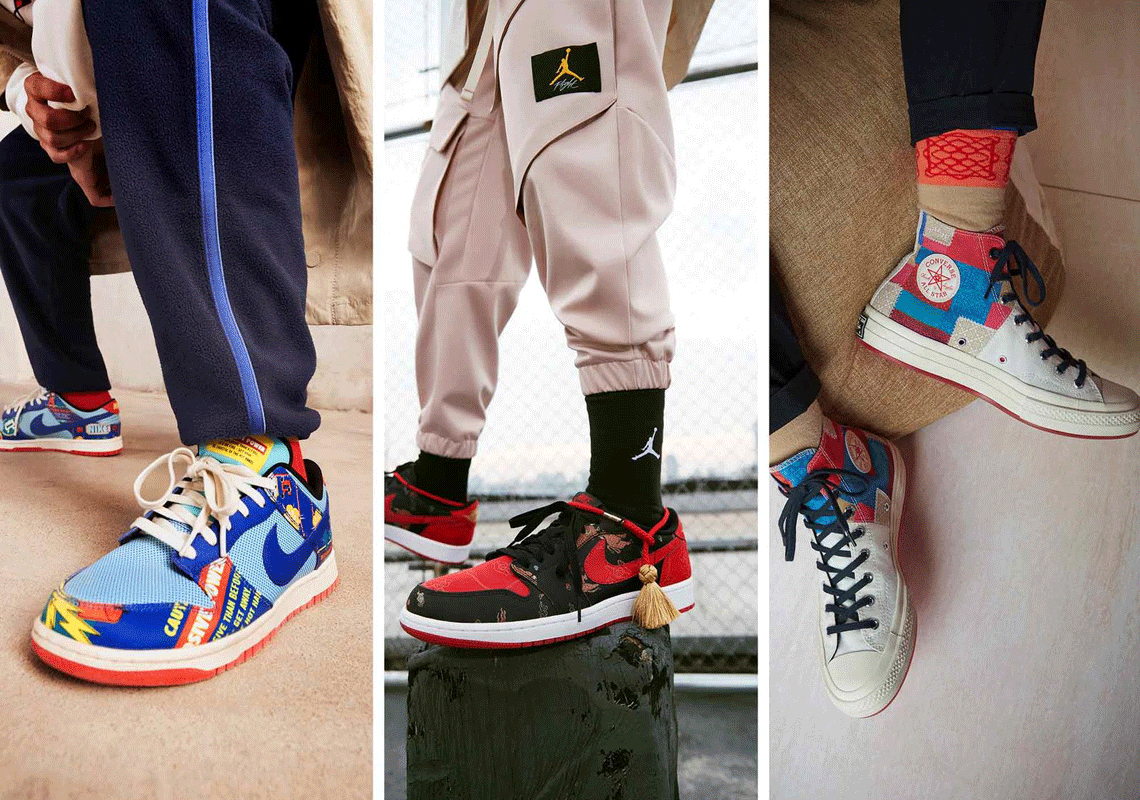 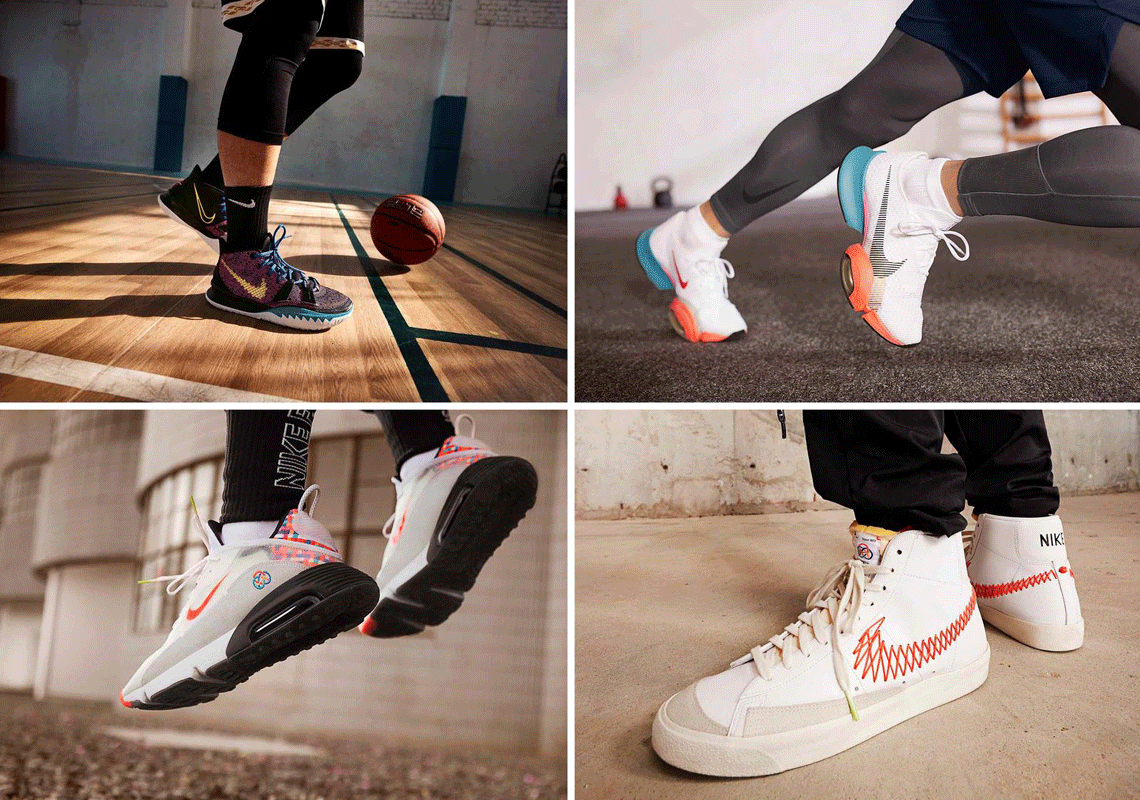 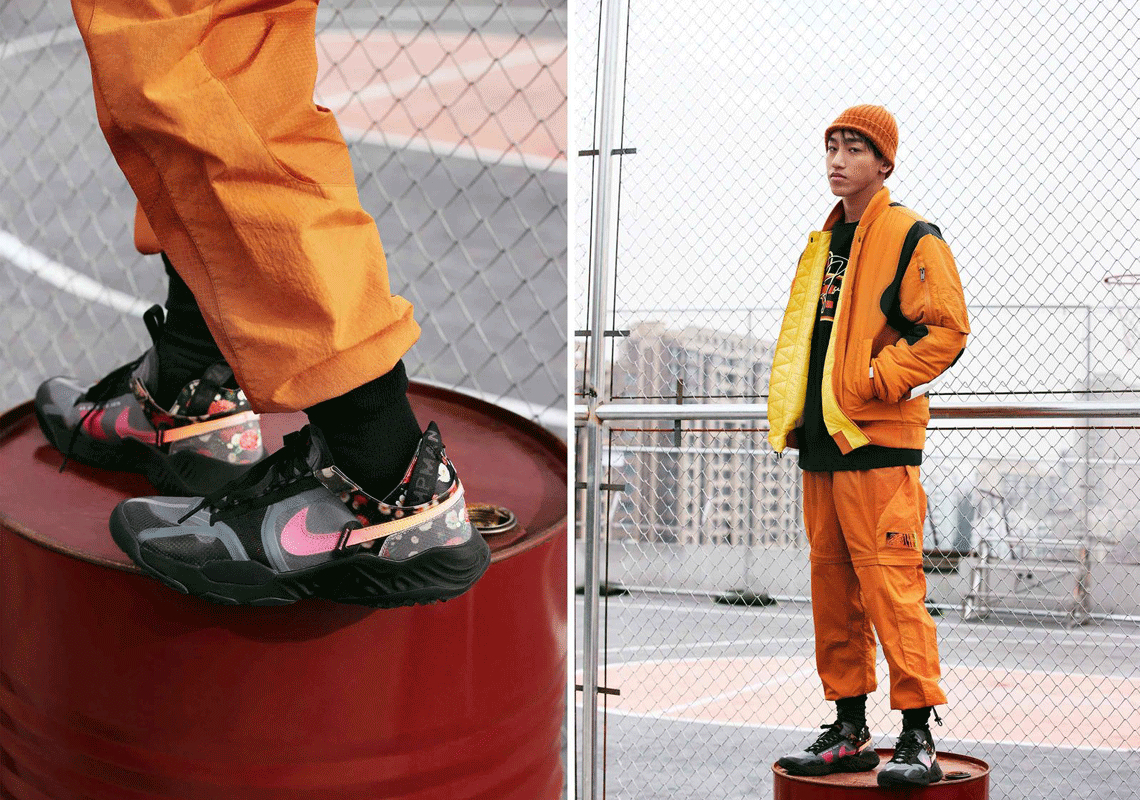 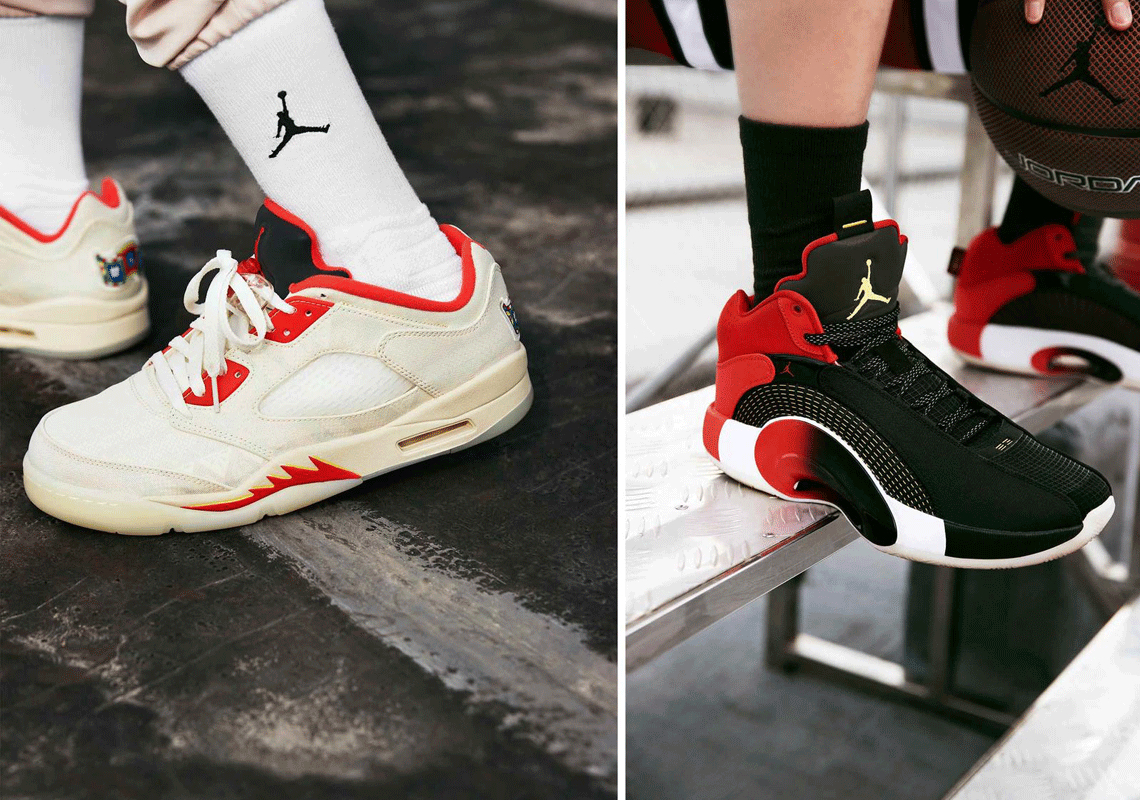 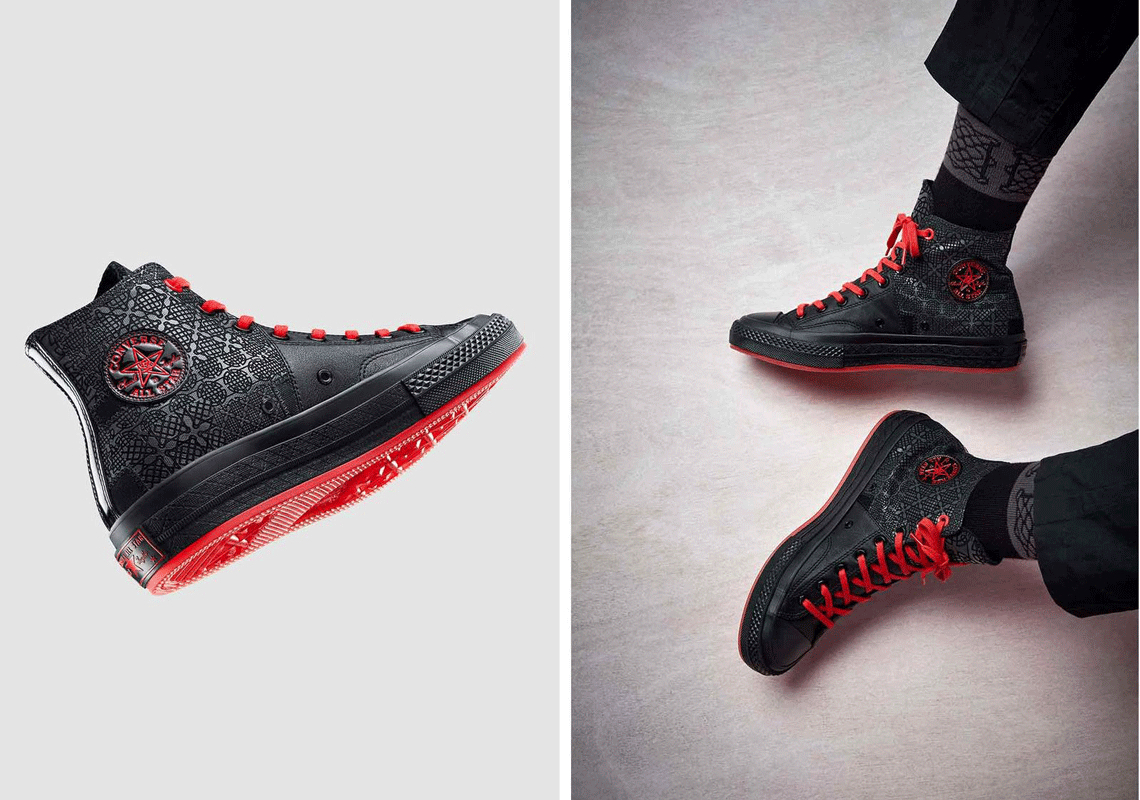 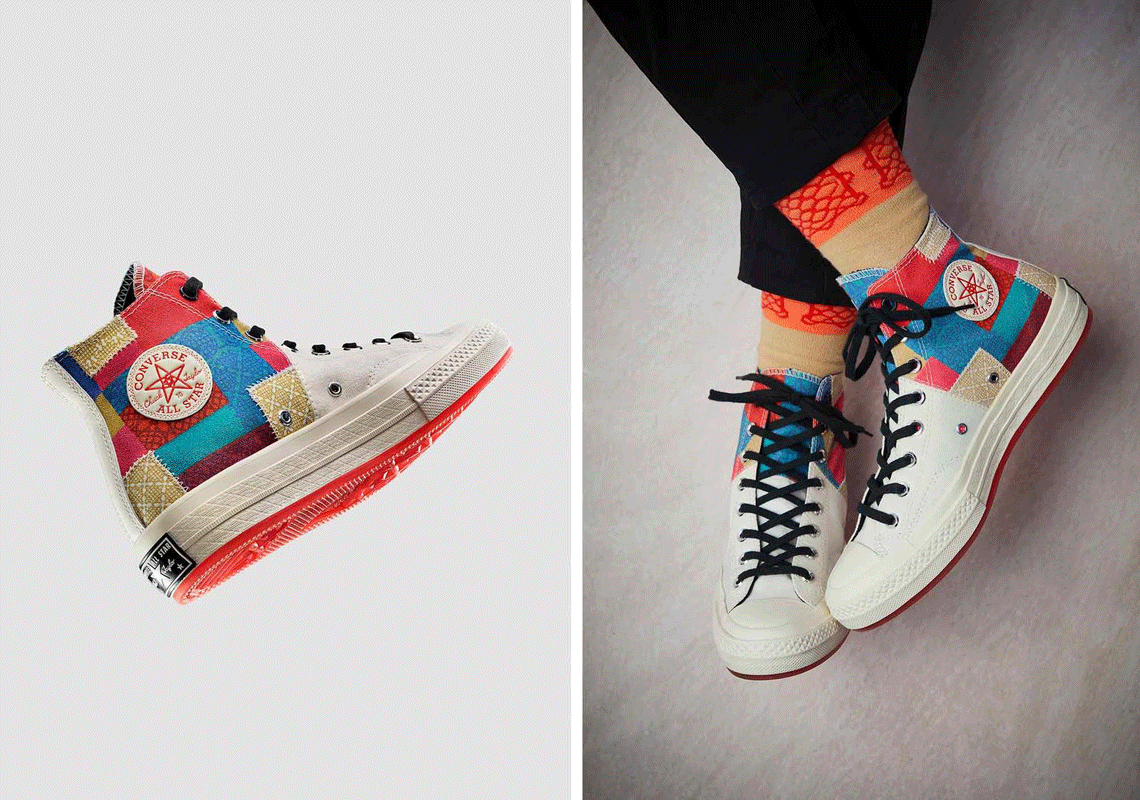 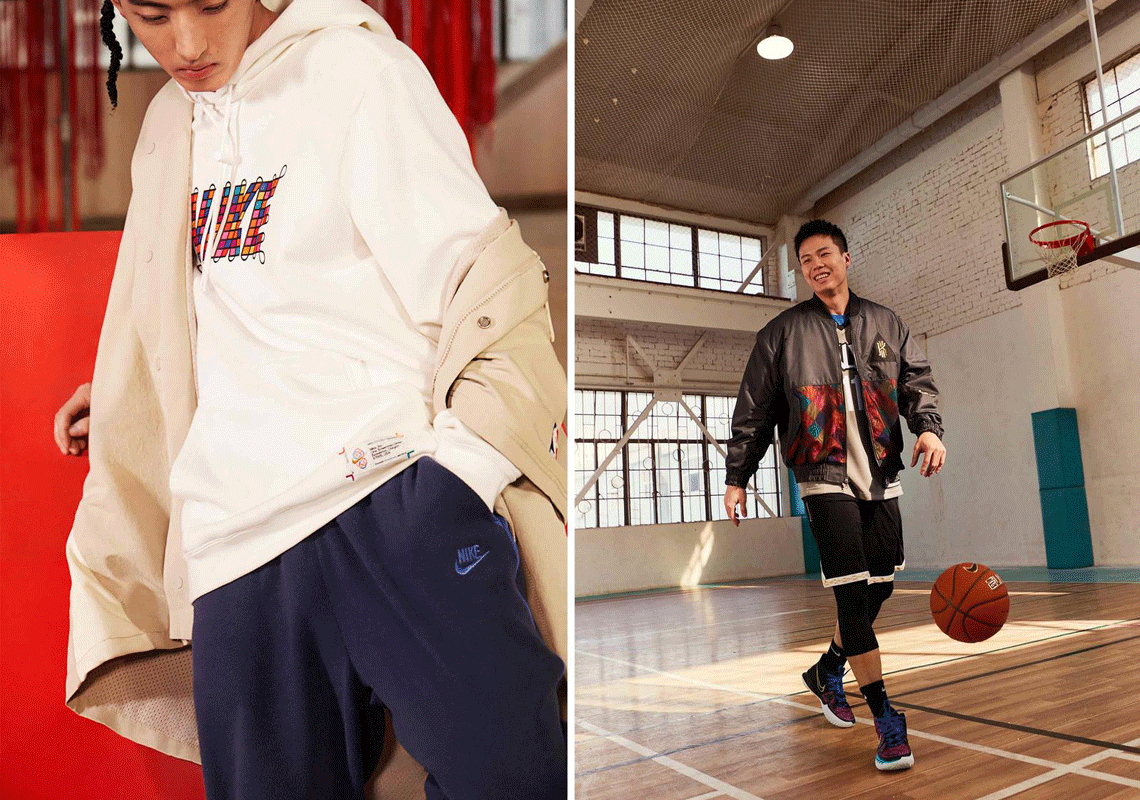 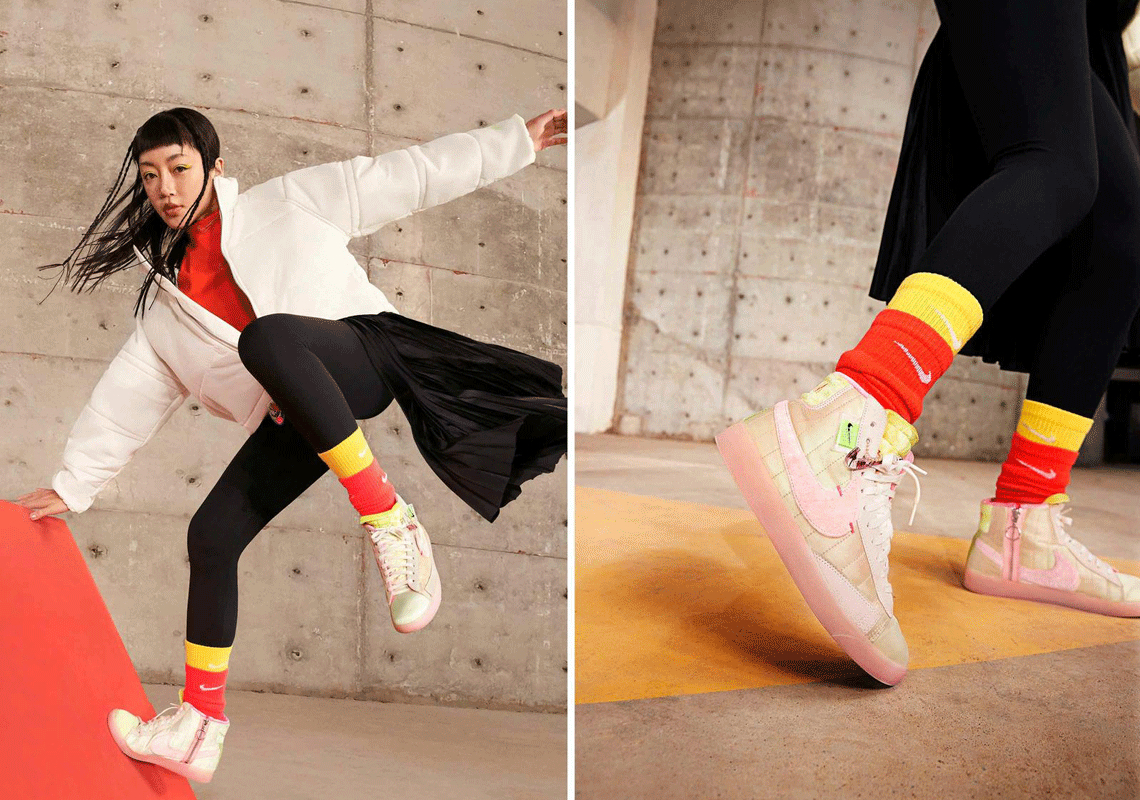 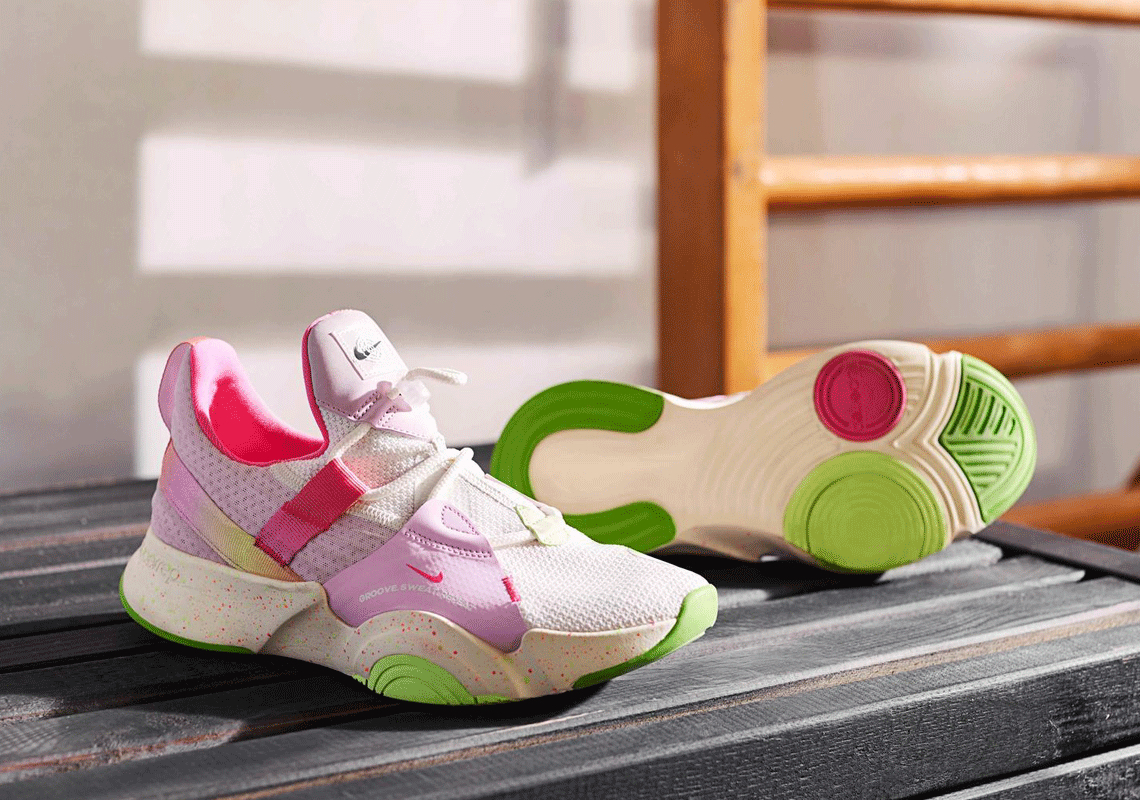 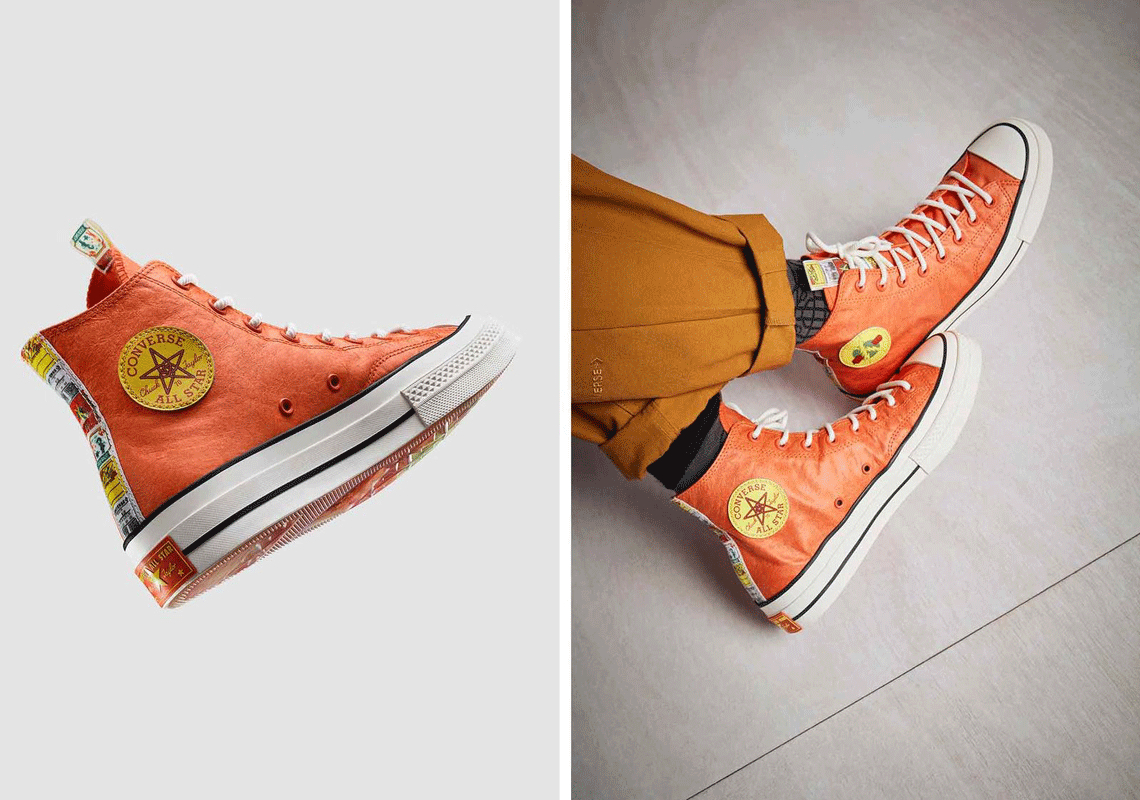 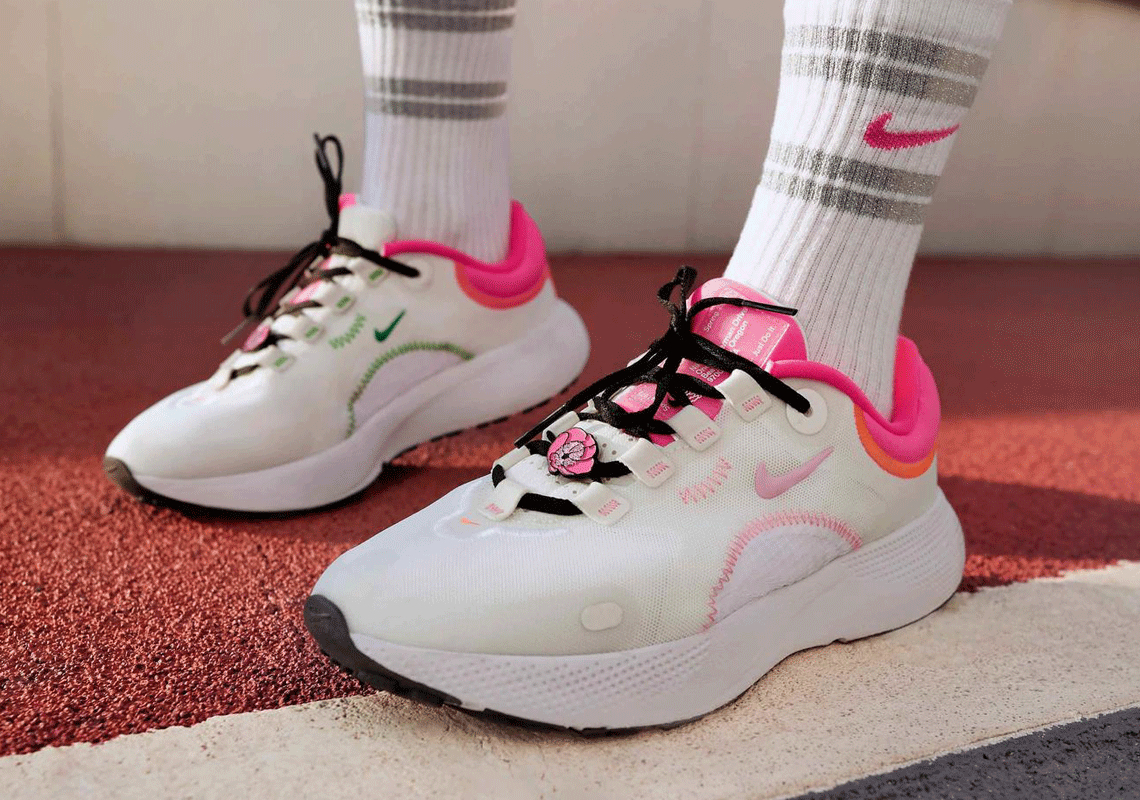 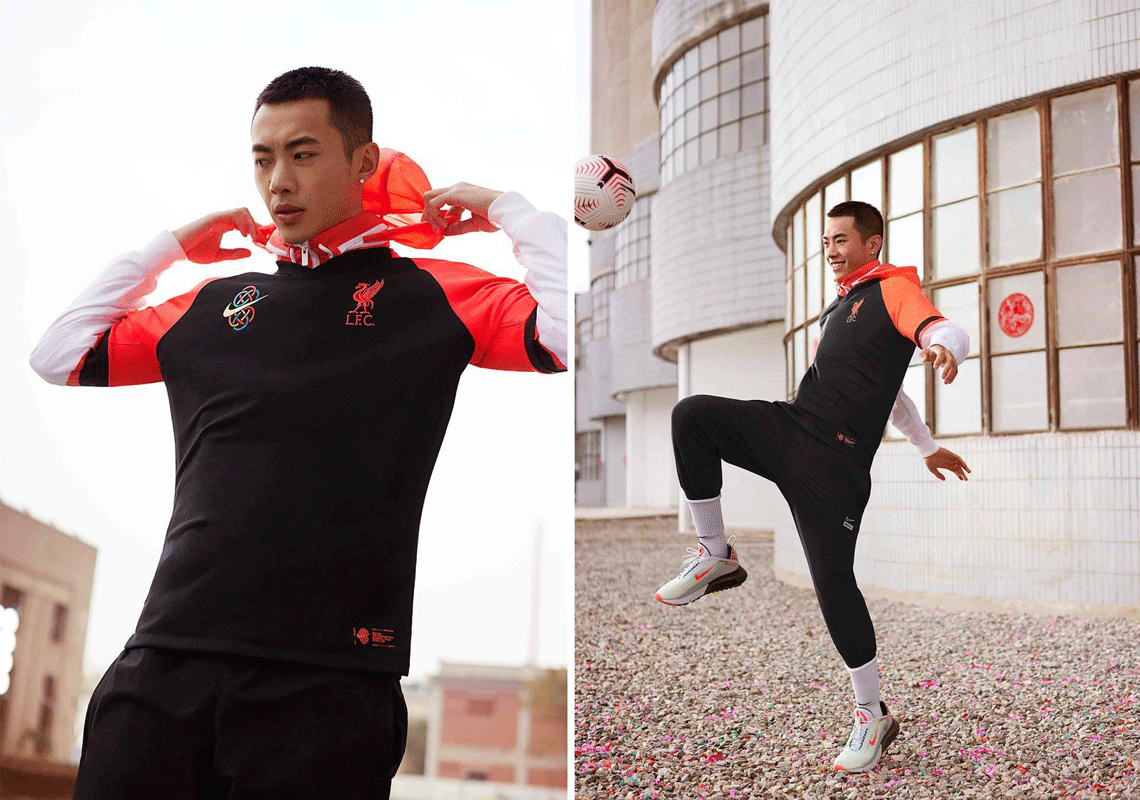 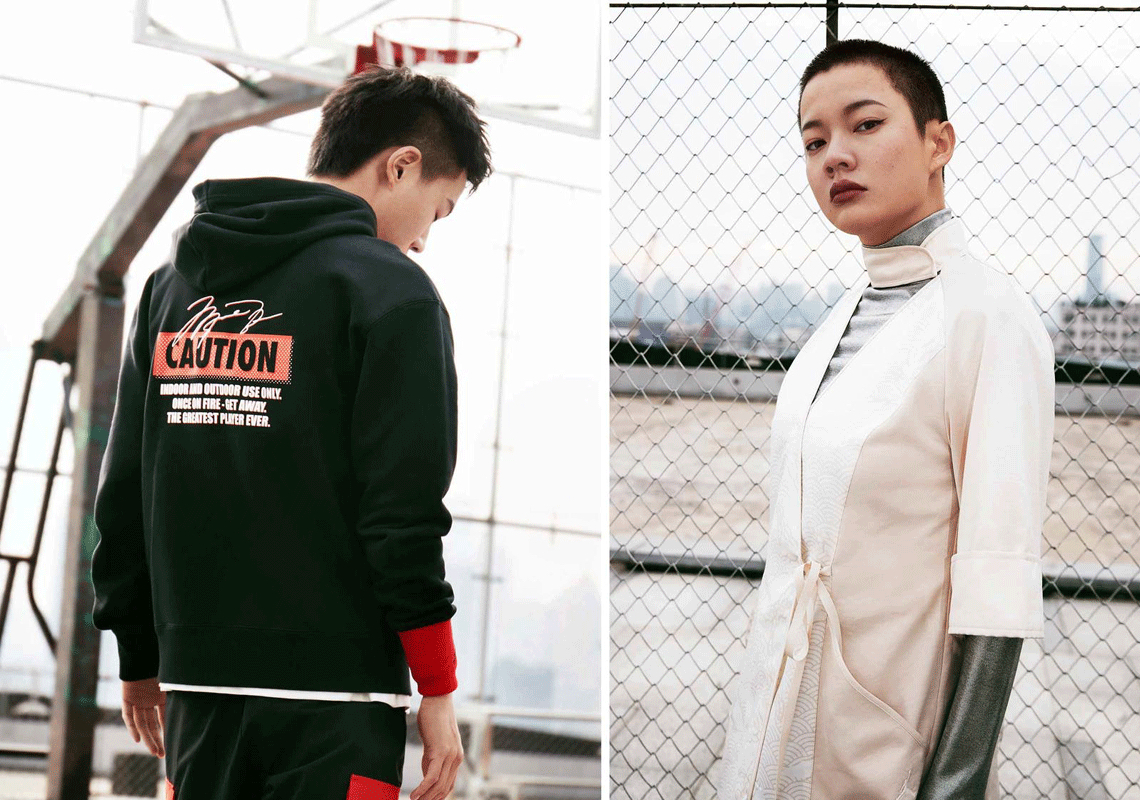