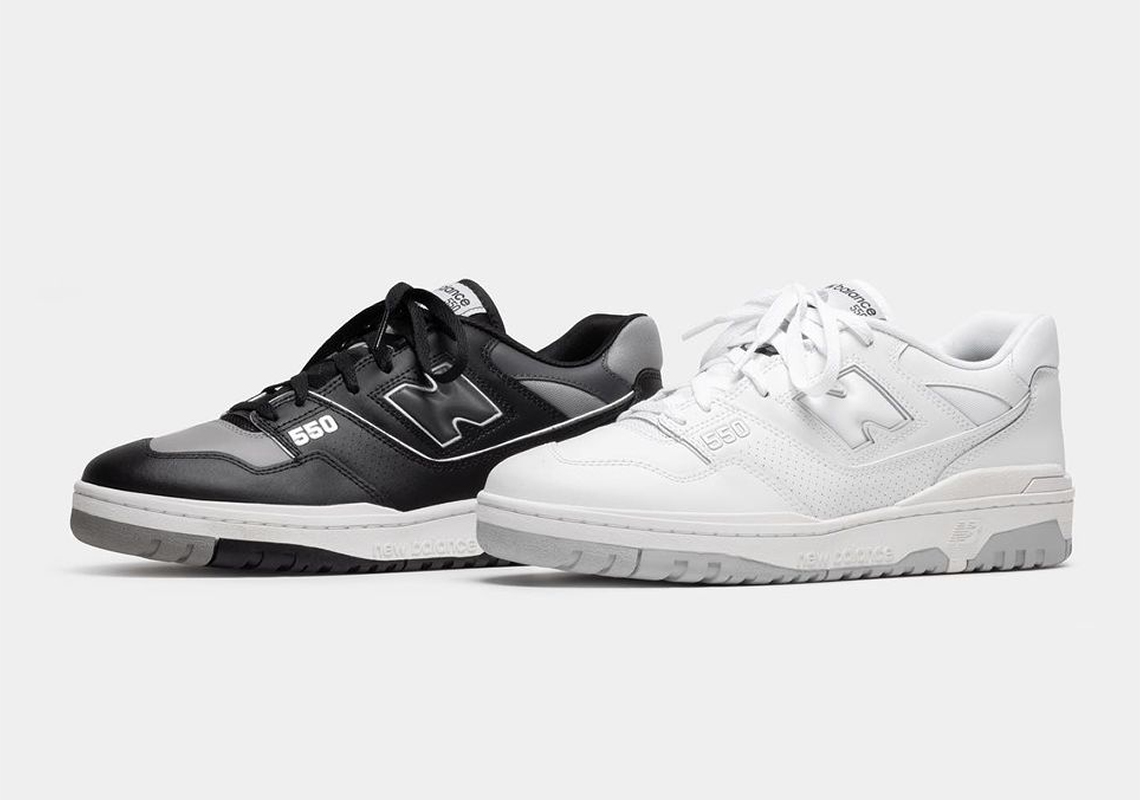 While New Balance has garnered a reputation as the maker of numerous greyscale “dad shoes”, the brand’s re-entry into the basketball market in recent years has been quite honorable. Milestones such as scoring a multi-year contract with Kawhi Leonard and reviving the New Balance 550 via Aime Leon Dore‘s design vision prove that the Boston-based manufacturer’s b-ball division has what it takes to put themselves back on the map. Following the popularity of the ALD 550s last year, New Balance is adding two new black and white colorways of the 1989 basketball-rooted design into its mainstay line.

Staying true to the original design, both pairs feature a raised “550” logo near the bottom-most eyelets, with the N logo on the side adopting the same effect. The arrangements are inspired by styles in the ’80s (when the 550 first stepped onto the hardwood), thus resembling color schemes of other basketball icons. The black pair sees hits of grey around the toe and ankle, similar to the Air Jordan 1 Shadow, a model that has been relaunched and referenced a handful of times since its release. On the other hand, the white pair takes on a less color-blocked approach in an all-white leather makeup that only sees grey on the outsole. This subtle use of grey is comparable to the Neutral Grey Air Jordan 1 set to arrive next month.

The New Balance 550s will drop at select boutiques globally and online on February 1st for $110. 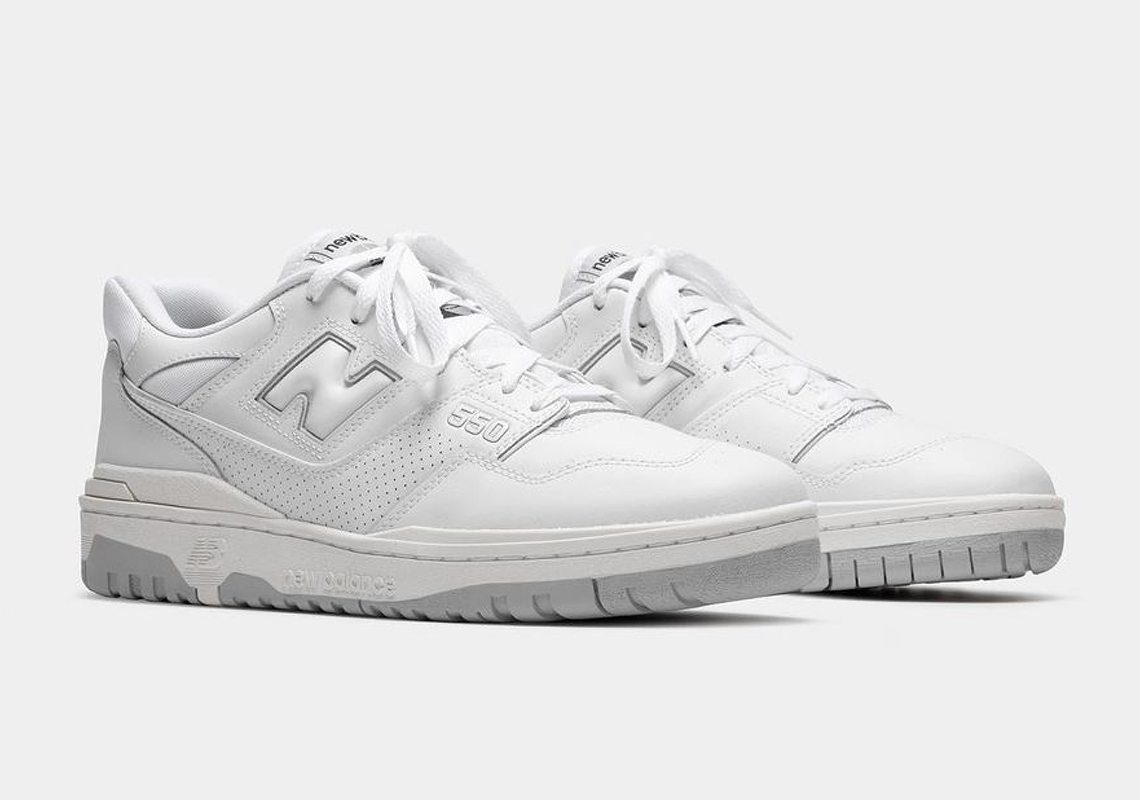 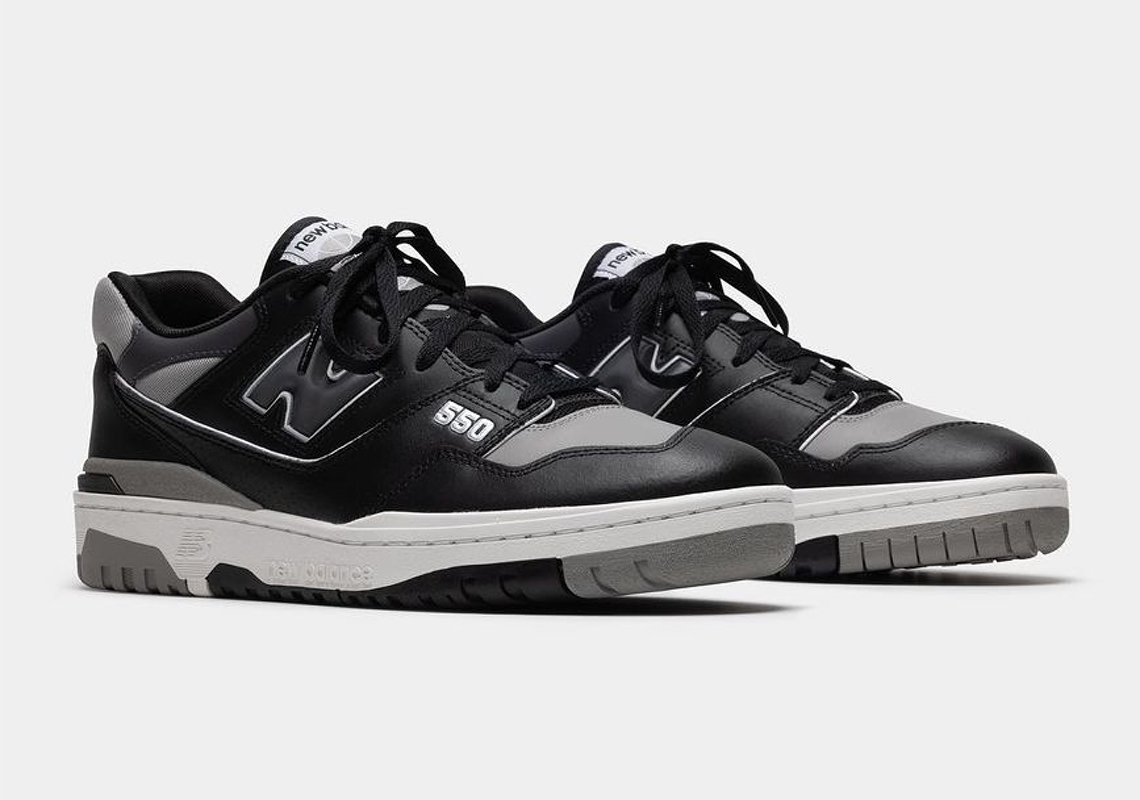