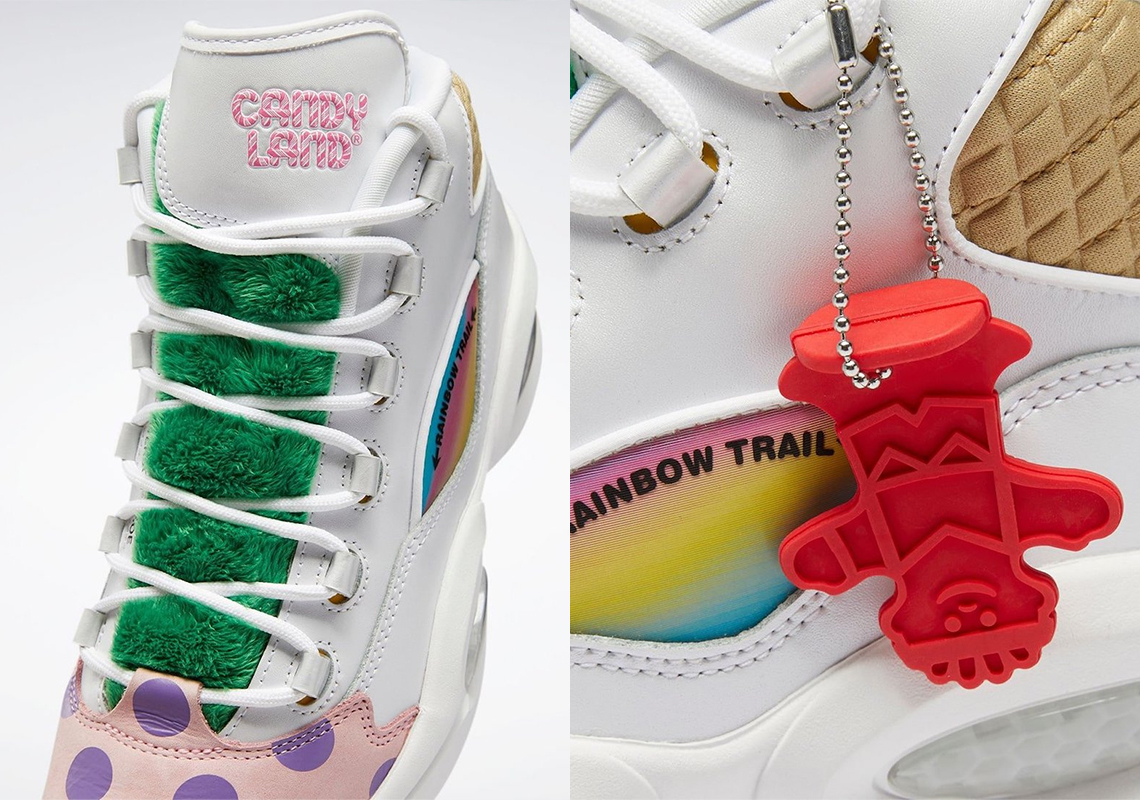 Reebok And Classic Board Game Candyland Collaborate On A Question Mid

As collaborations became more and more commonplace, we’ve been able to witness a large number of interesting partnerships. Arizona x adidas, League of Legends x Jordan Brand, and The Simpsons x Vans are just some of the past years’ most notable. Reebok, though, may give all of the aforementioned a run for their money as they’re soon to link up with Candyland, one of the most prolific and iconic board games of all-time.

A number of Candyland’s themes take hold of the Question Mid, and though they’re glaringly vibrant, the elements effectively play off the model’s usual signatures. Contrast toes are built into the colorway, their bases made pink to complement the purple polka dots laid atop. Behind, a white leather grounds the more vivid features, such as the “Rainbow Trail” marked side panel, the collar’s waffle cone reminiscent quilting, and the grass grown along the instep. Elsewhere, “Candy Land” replaces the usual Reebok branding at the tongue and insole. hot pink embroideries cover chocolate patent, and the number 3 accents the lower heel in some floral candy cane coloring.

For a look at all the details, see the official images below. A release is currently set to hit Reebok.com on March 26th.

In other news, the Question Mid Why Not Us is releasing this week. 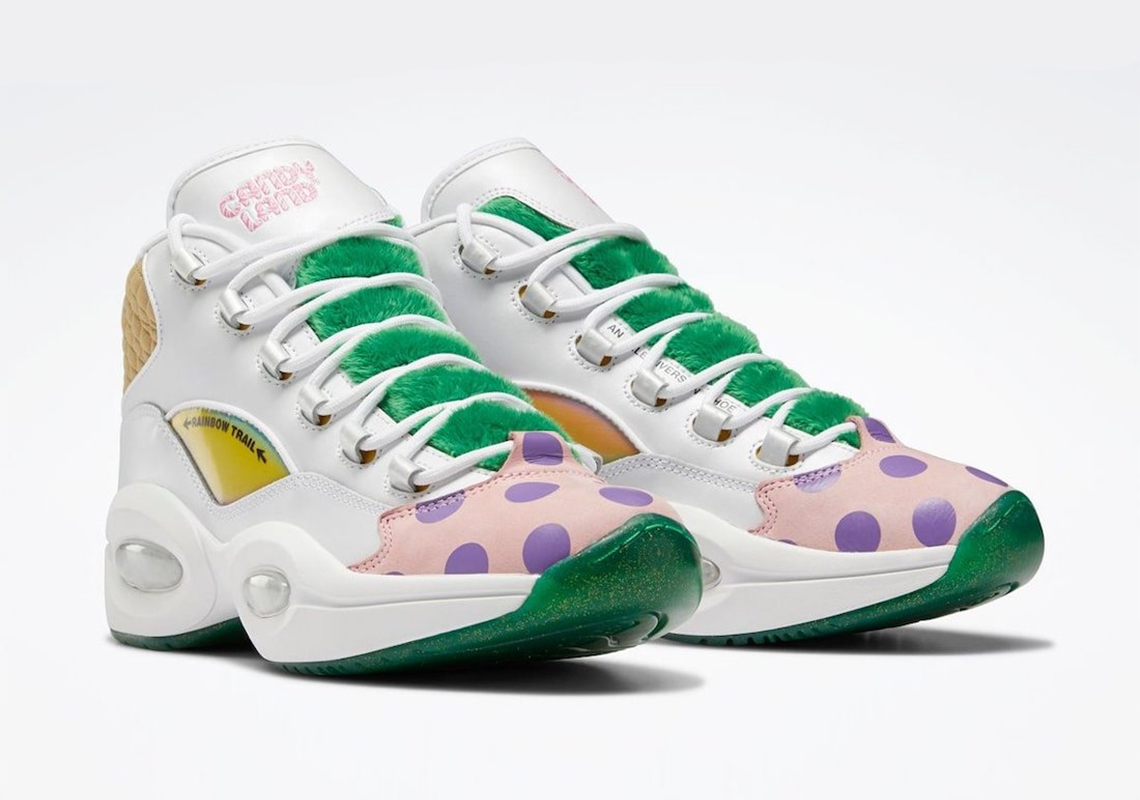 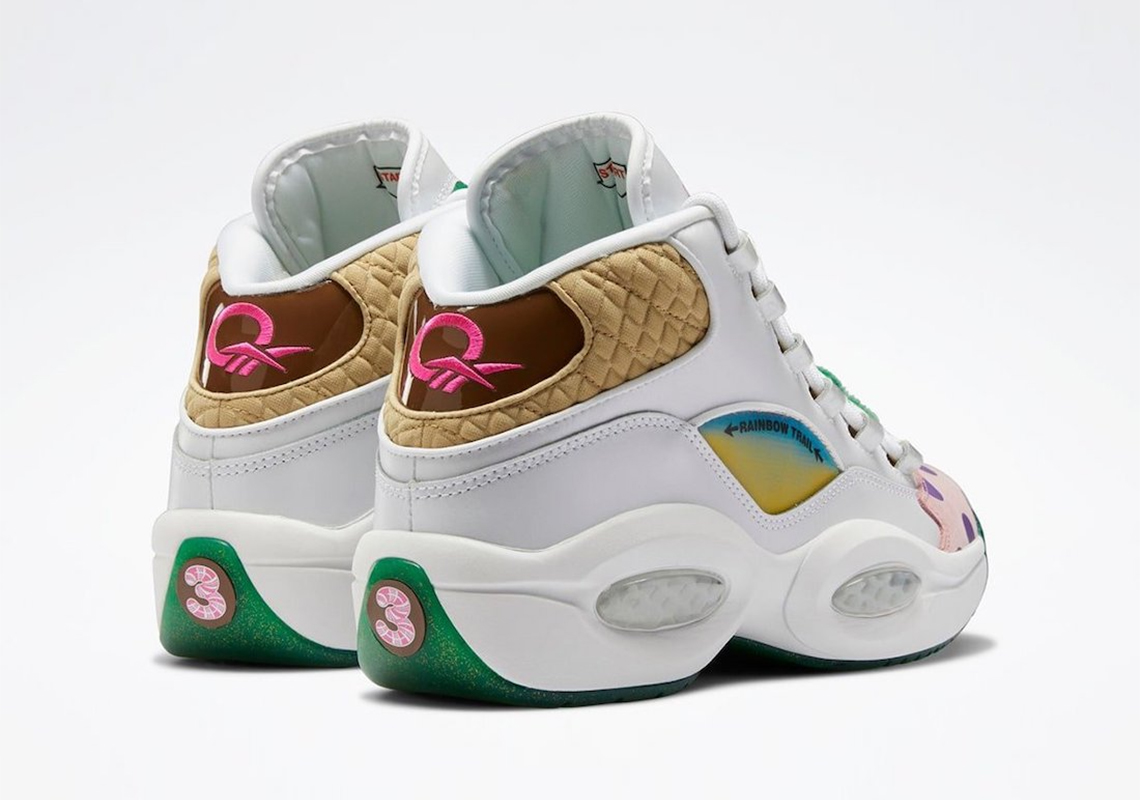 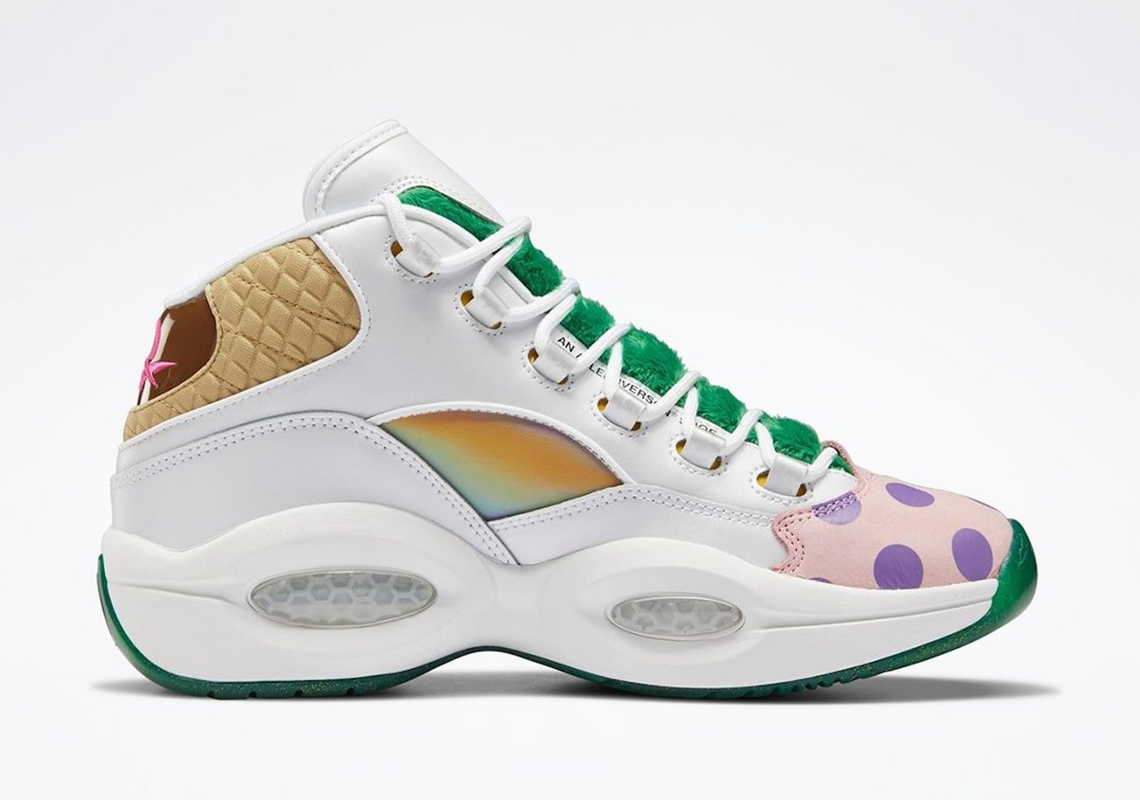 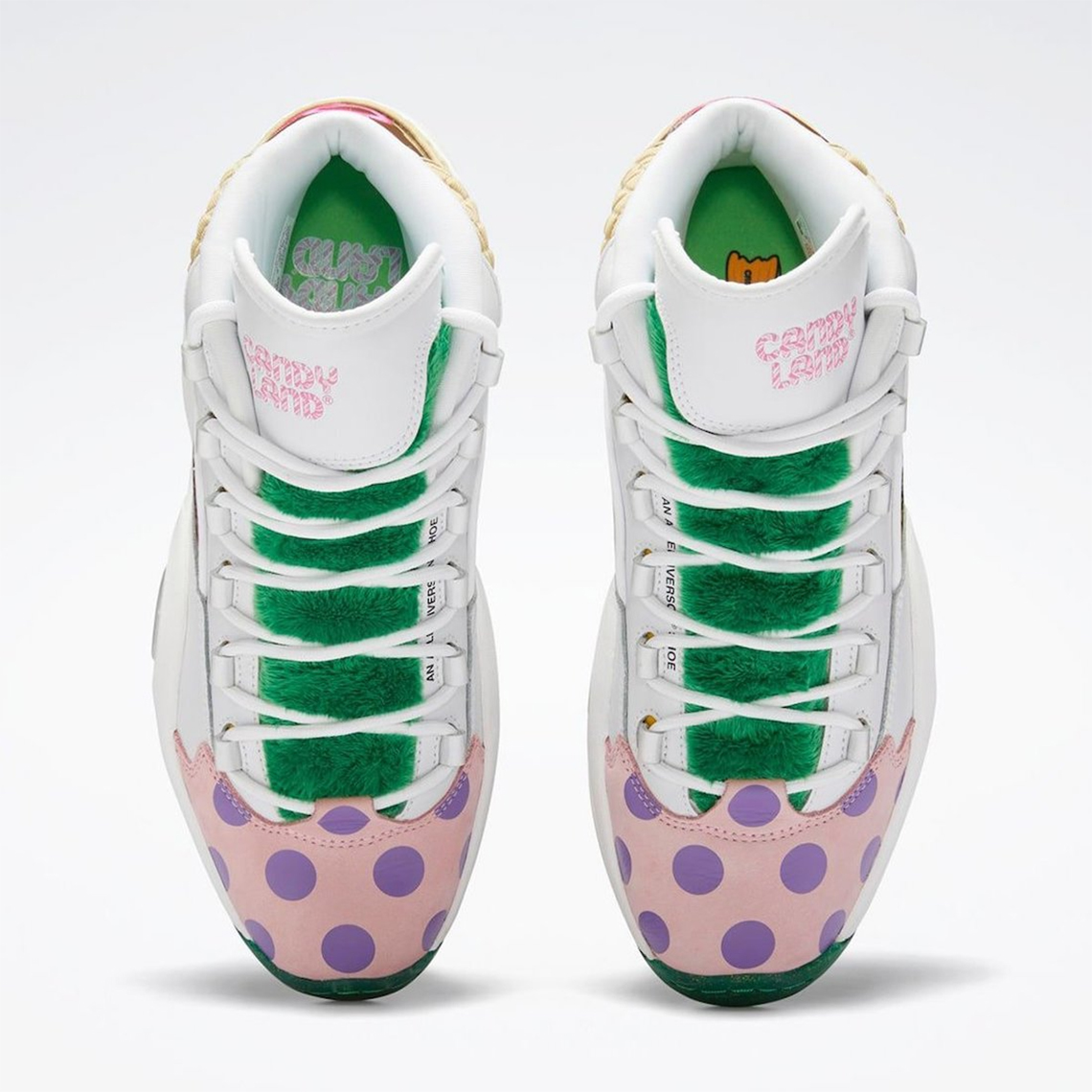 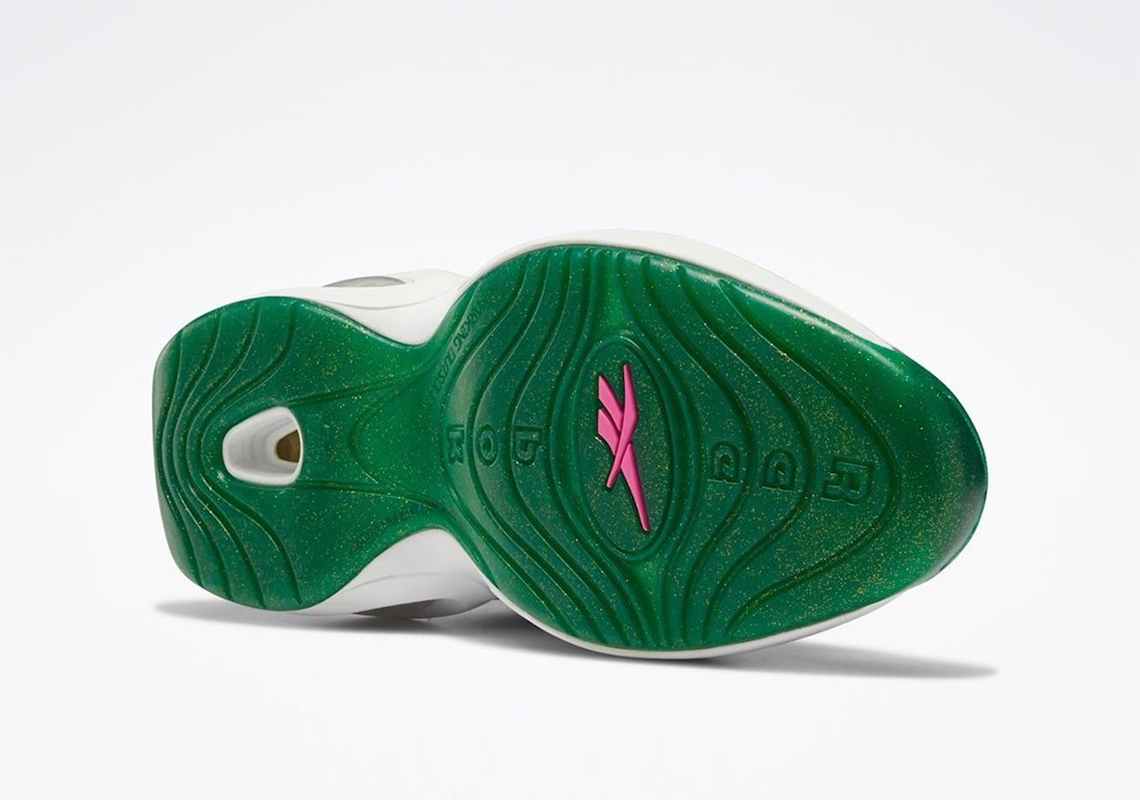 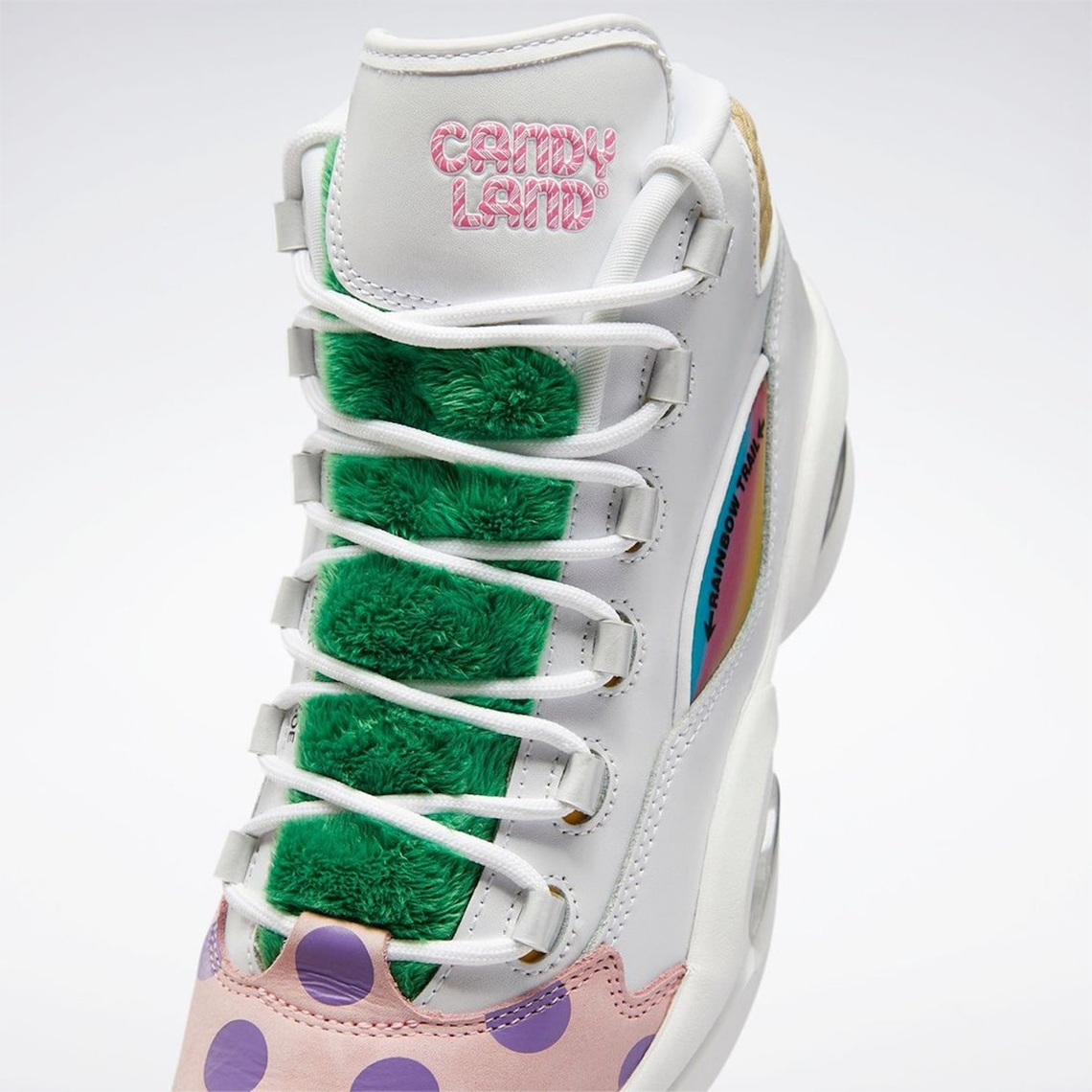 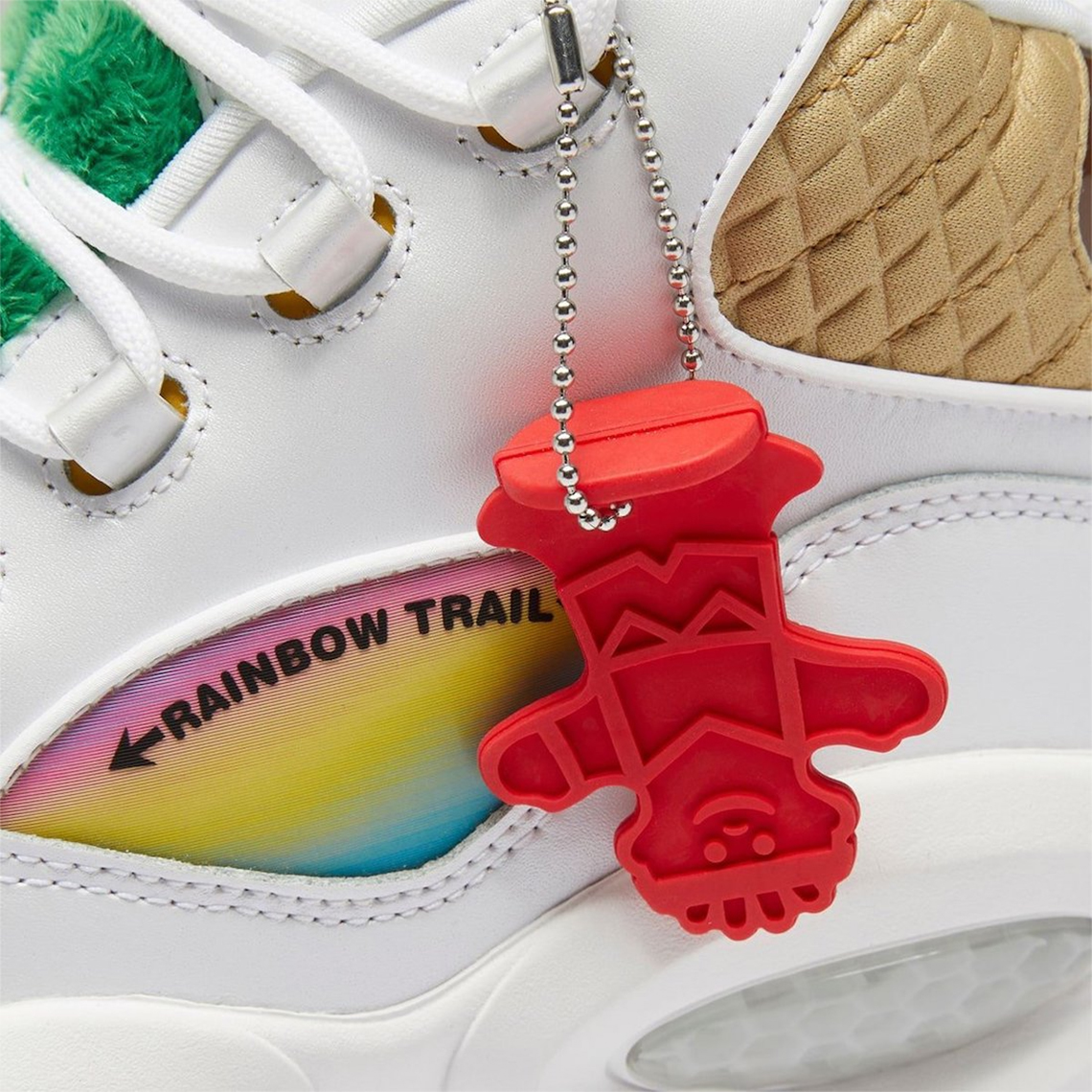