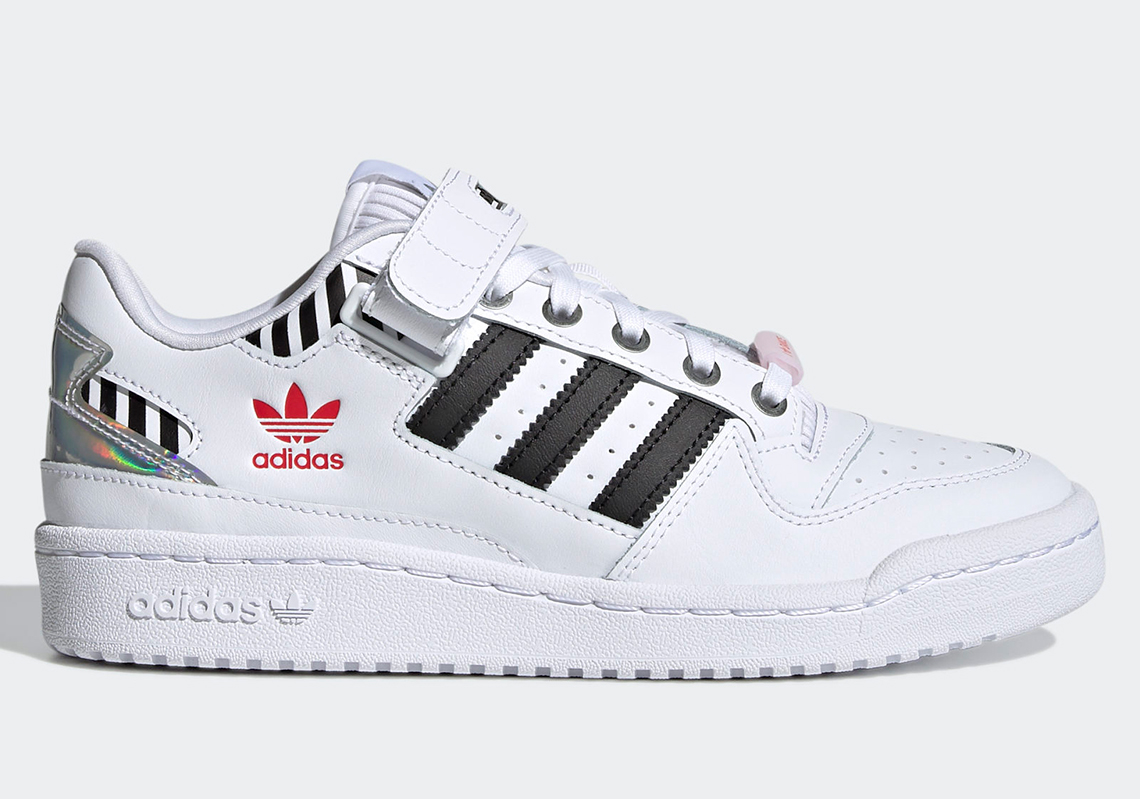 Since its re-introduction, the adidas Forum Lo has taken to a number of inspirations, most rather bold in their use of color and pattern. Here, for release later this March, the silhouette is taking on some geometric prints and loud iridescence, two cosmetic tweaks that aim to celebrate the NYC dance scene.

But most of the colorway is rather simple so as not to stray too far away from what makes the Forum iconic. White leathers run replete throughout the upper, dressing the forefoot and profile with matching accents adjacent. The Three Stripes, then, contrasts in a polished black in complement to the graphic that lies behind the collar’s neutral layers. Red logos finish alongside, spelling out “I [Trefoil] Dance” atop the vamp’s pink-clad dubrae. What’s more, to better reference its inspiration, the counter adds on a touch of iridescent paneling.

For an official look, see the images below. A release is set to hit adidas.com on March 14th at a retail of $95 USD. 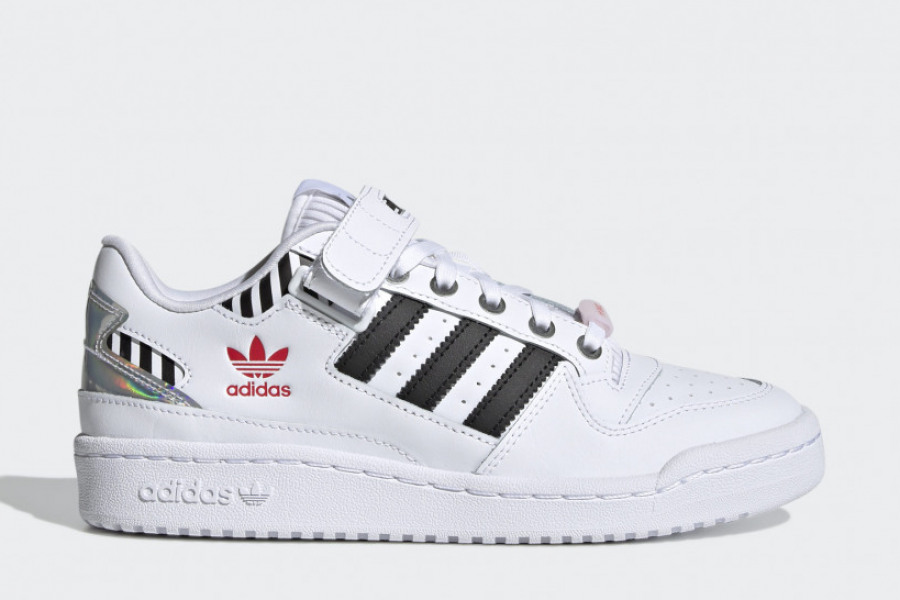 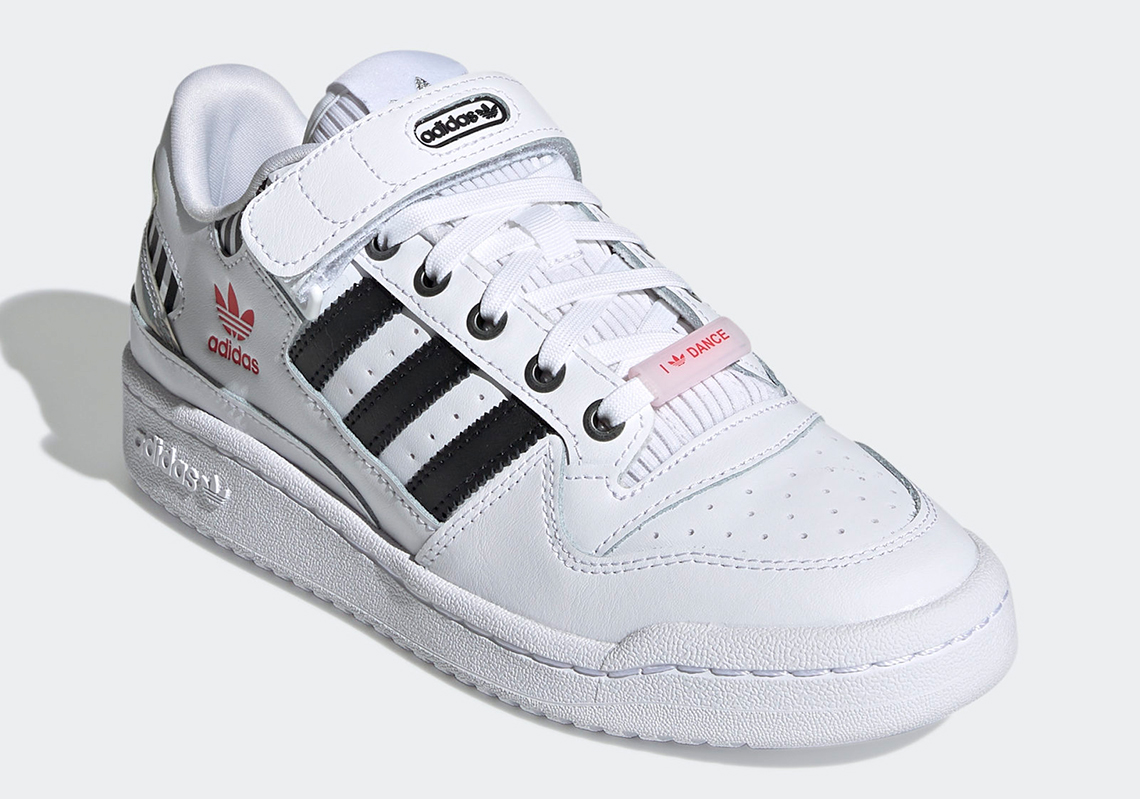 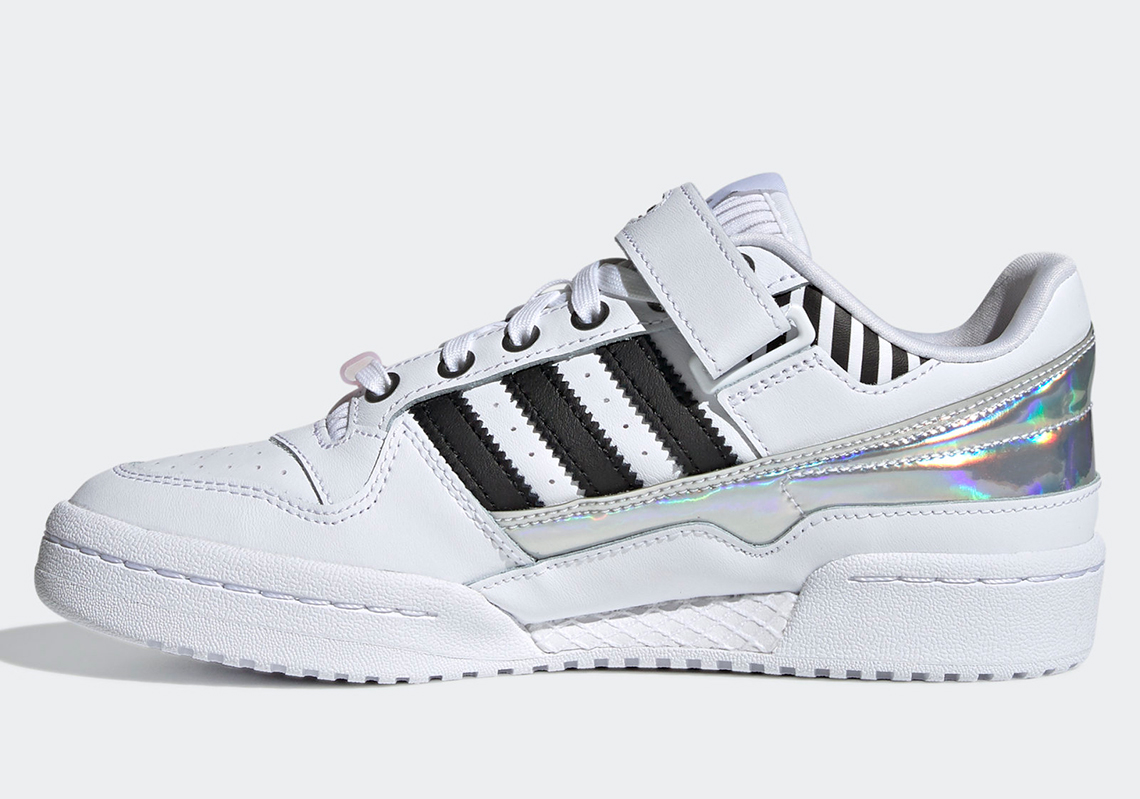 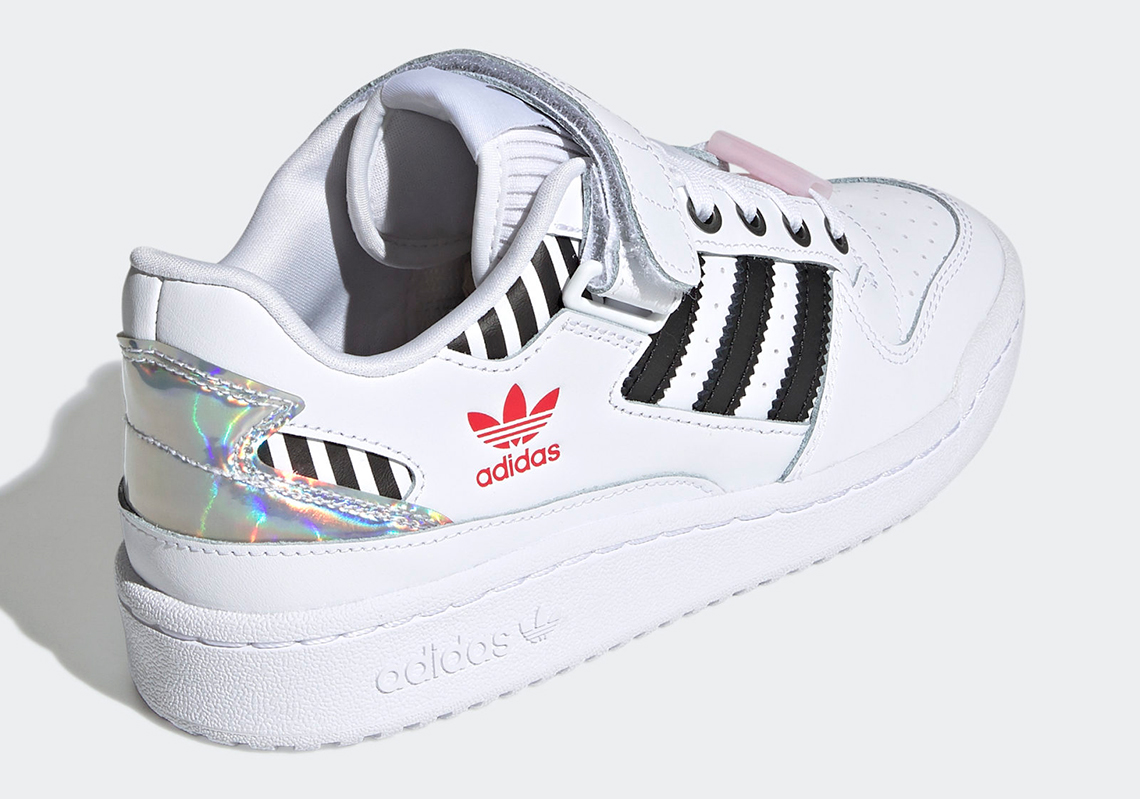 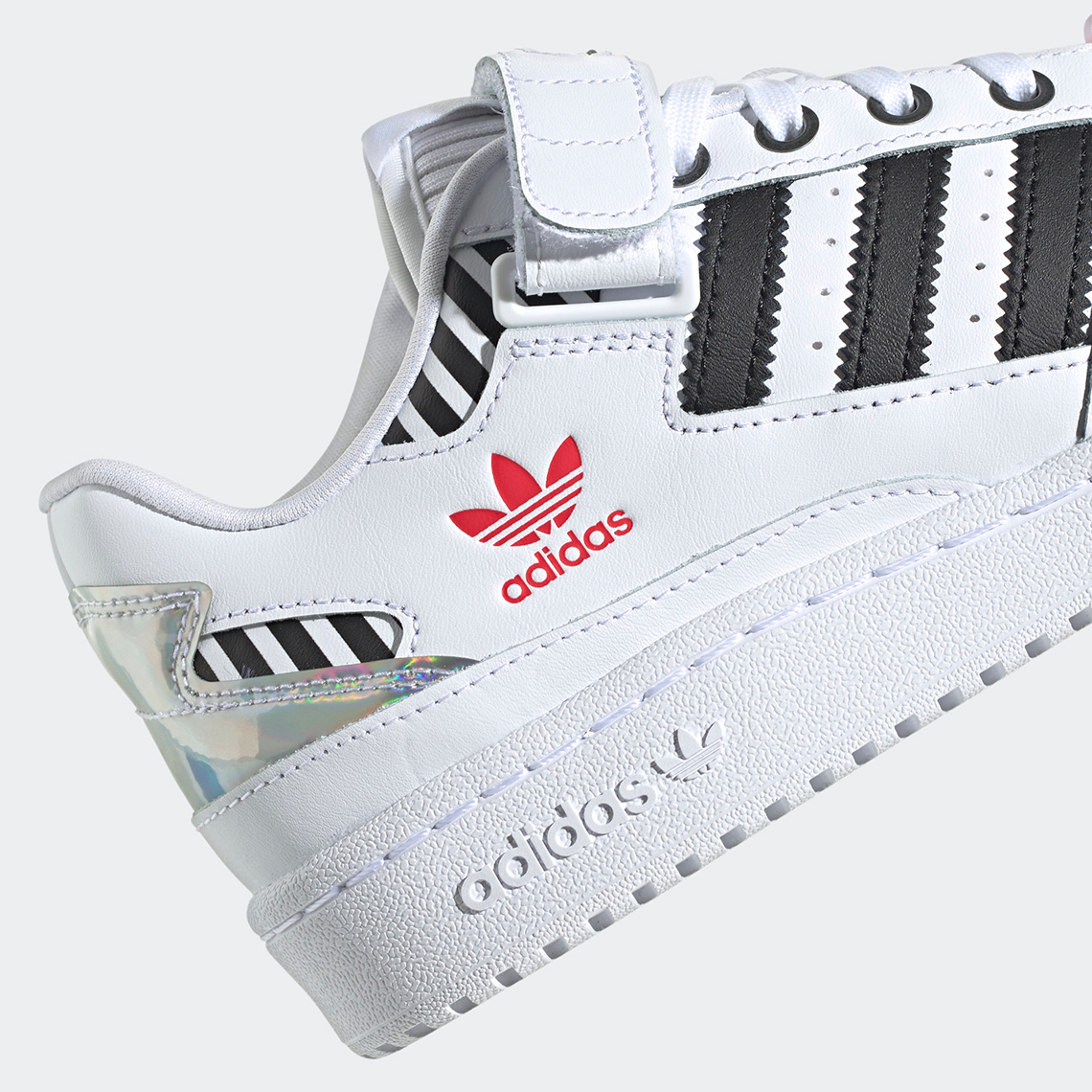 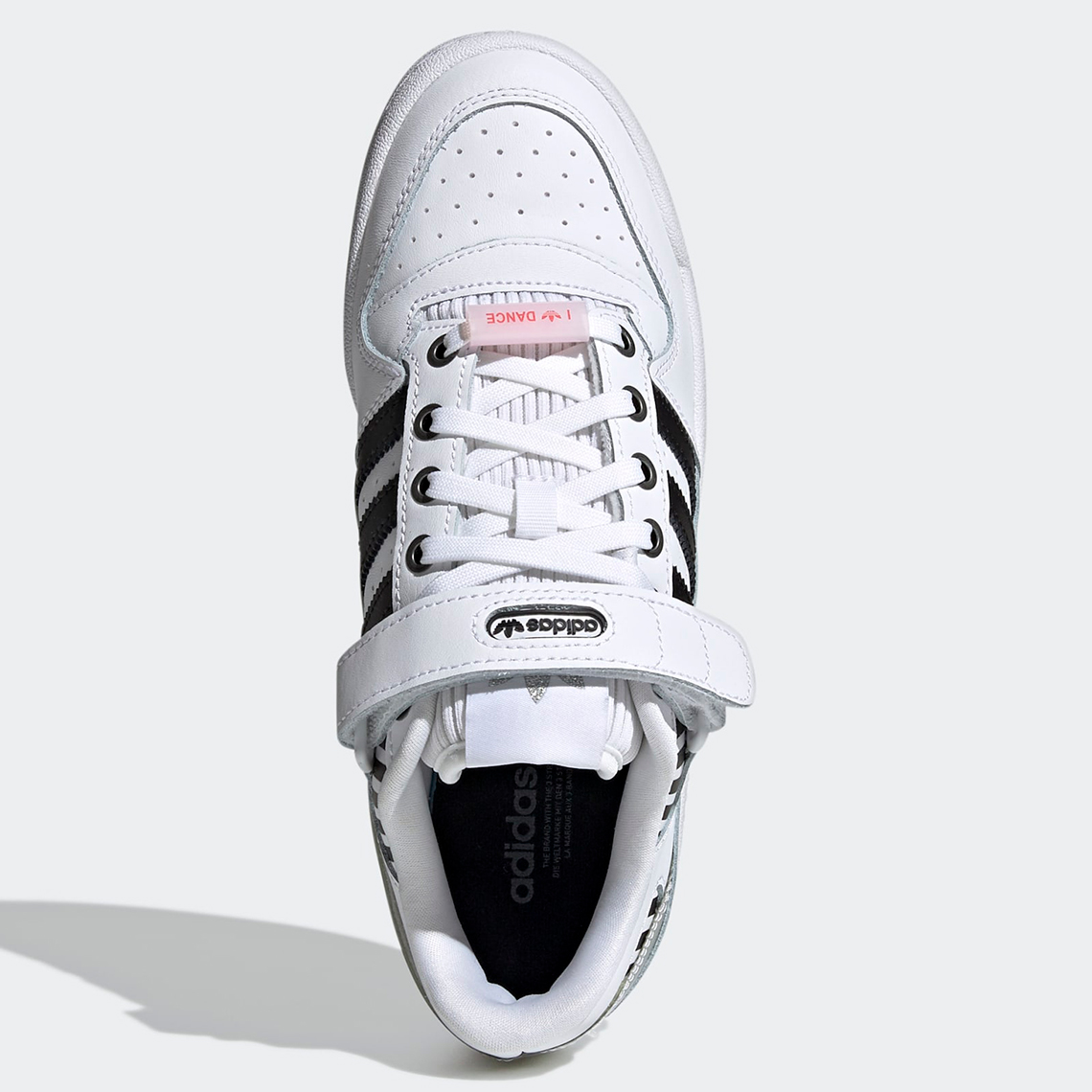 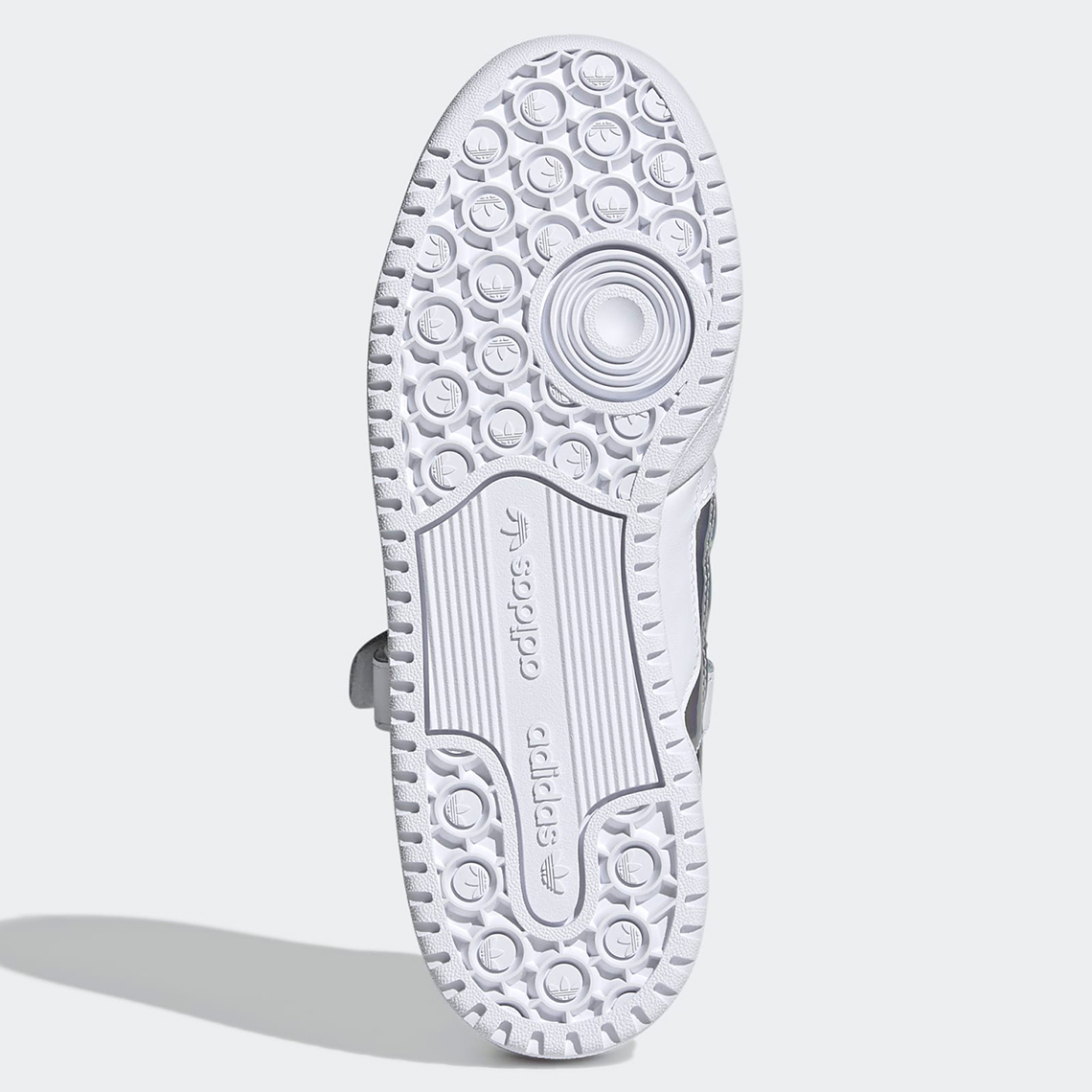