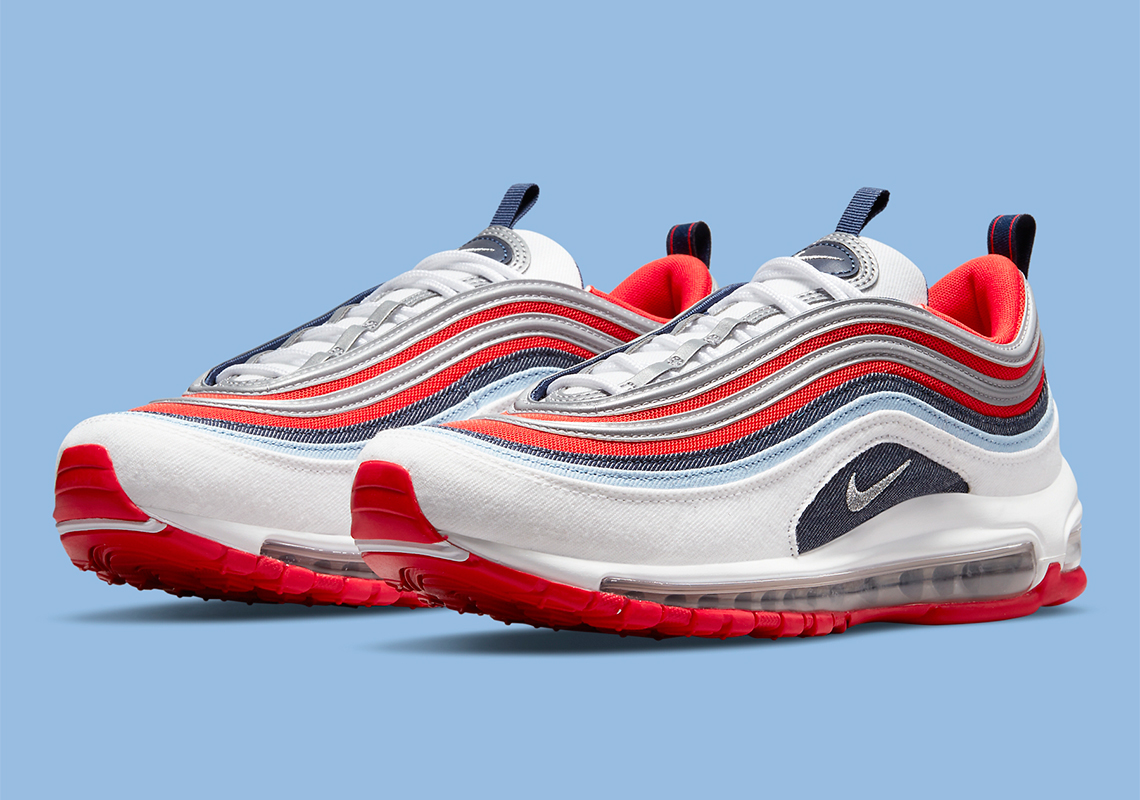 With how fast time is passing, Summer is honestly just around the corner. That means it won’t be too long before we see Nike’s many commemorative releases, a line-up likely to include this patriotic Air Max 97.

Similar to the Air Force 1 revealed this past weekend, the colorway spices up the iconic red, white, and blue with a tasteful touch of denim. This fabric lightly touches up the runner’s side layers, appearing in both a light and dark variety right along the side profile. Below, the mudguard opts for a uncolored white twill, while the mesh and leather details above dress in a vivid red shade and silver metallic, respectively.

For a better look at this Fourth of July release, see the official images below. A release should hit Nike.com within the coming months.

In other news, a Soccer Blazer Low is celebrating the sport with hairy suedes. 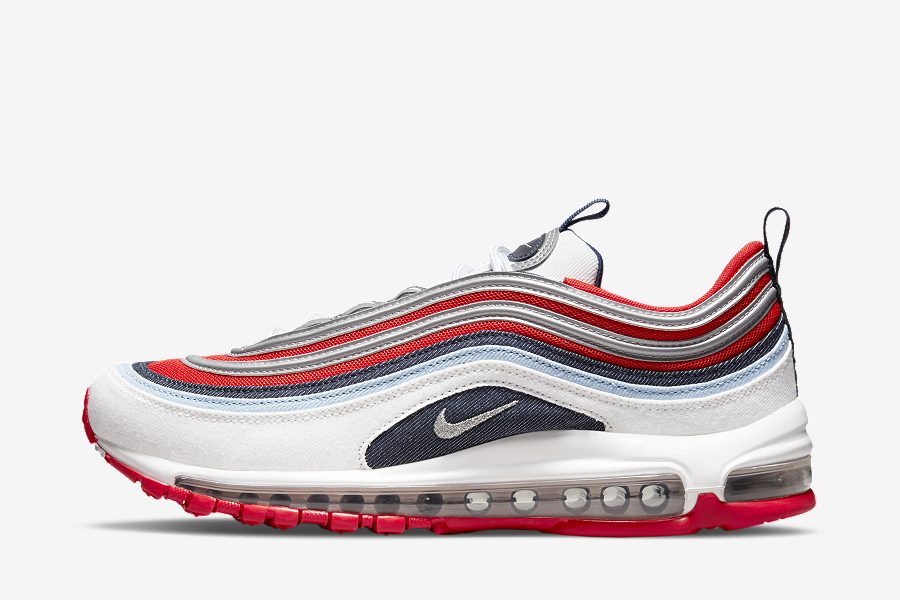 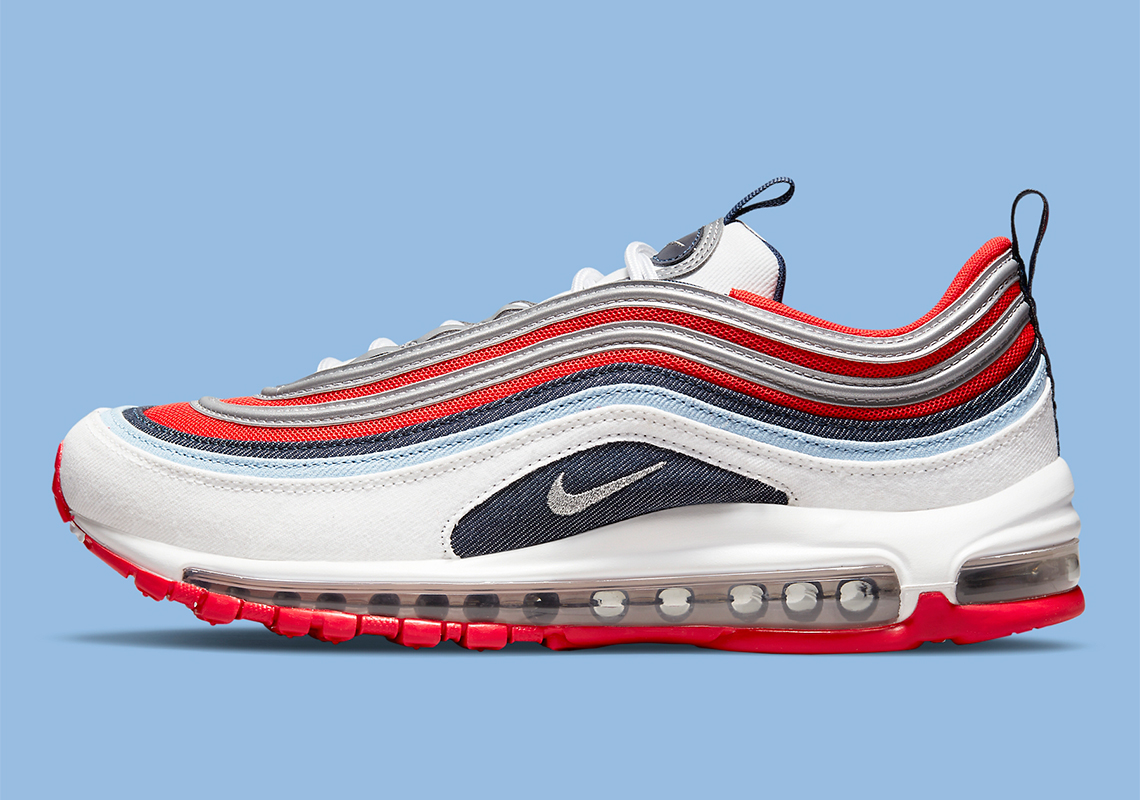 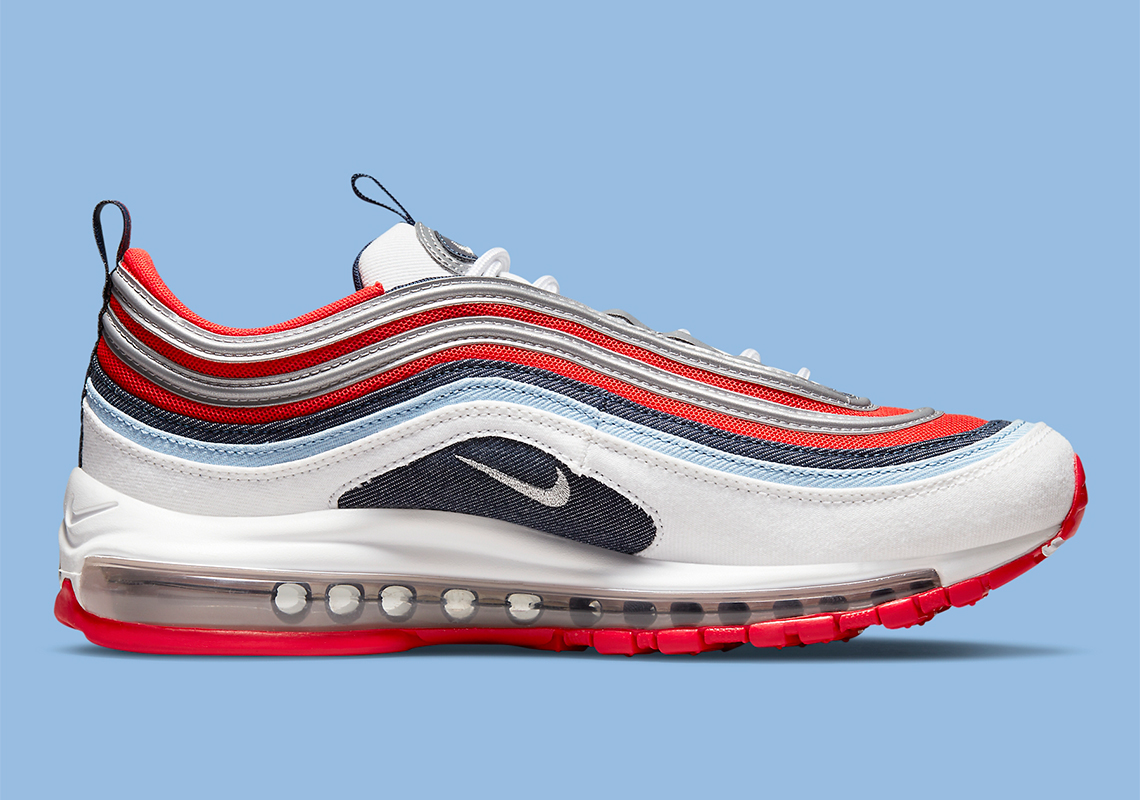 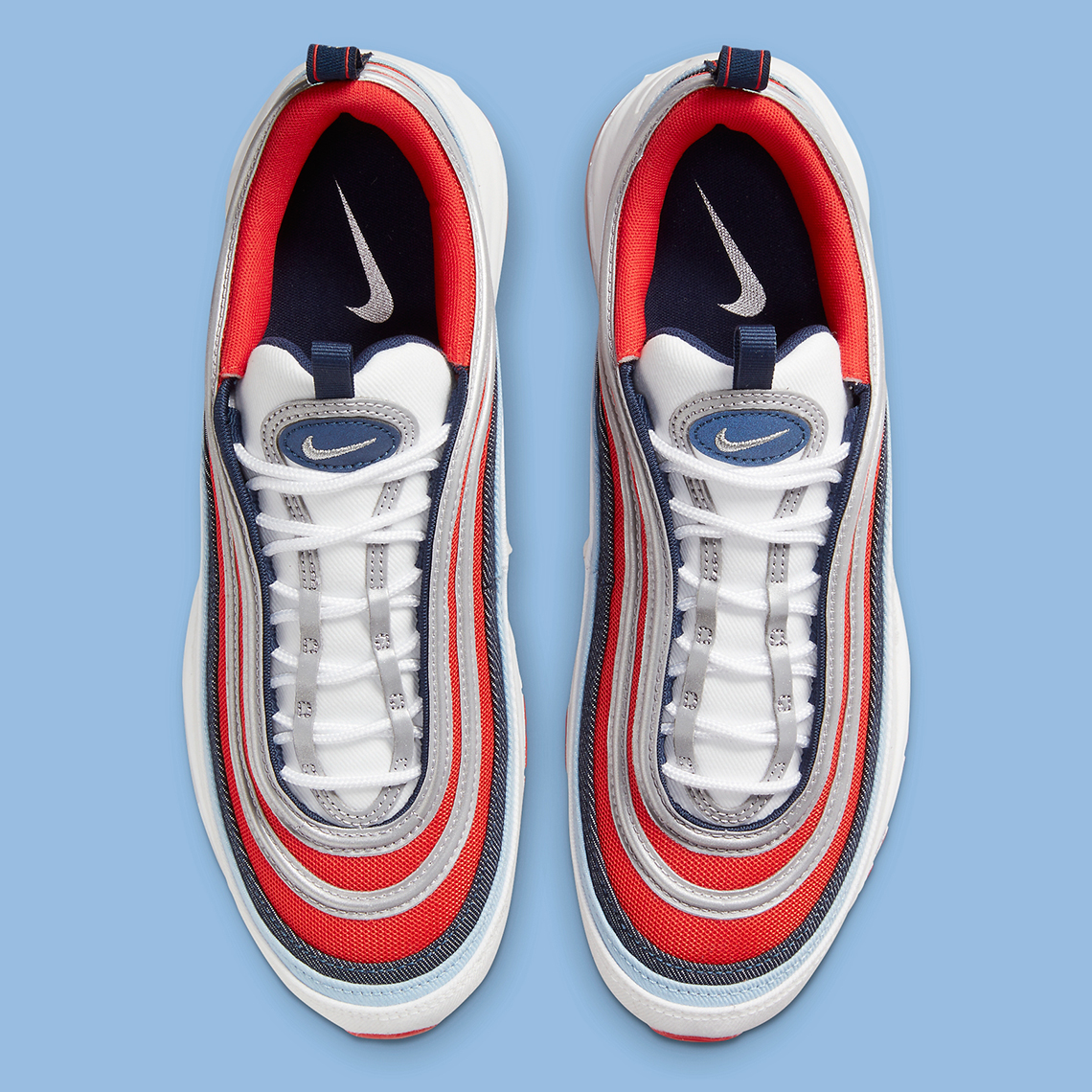 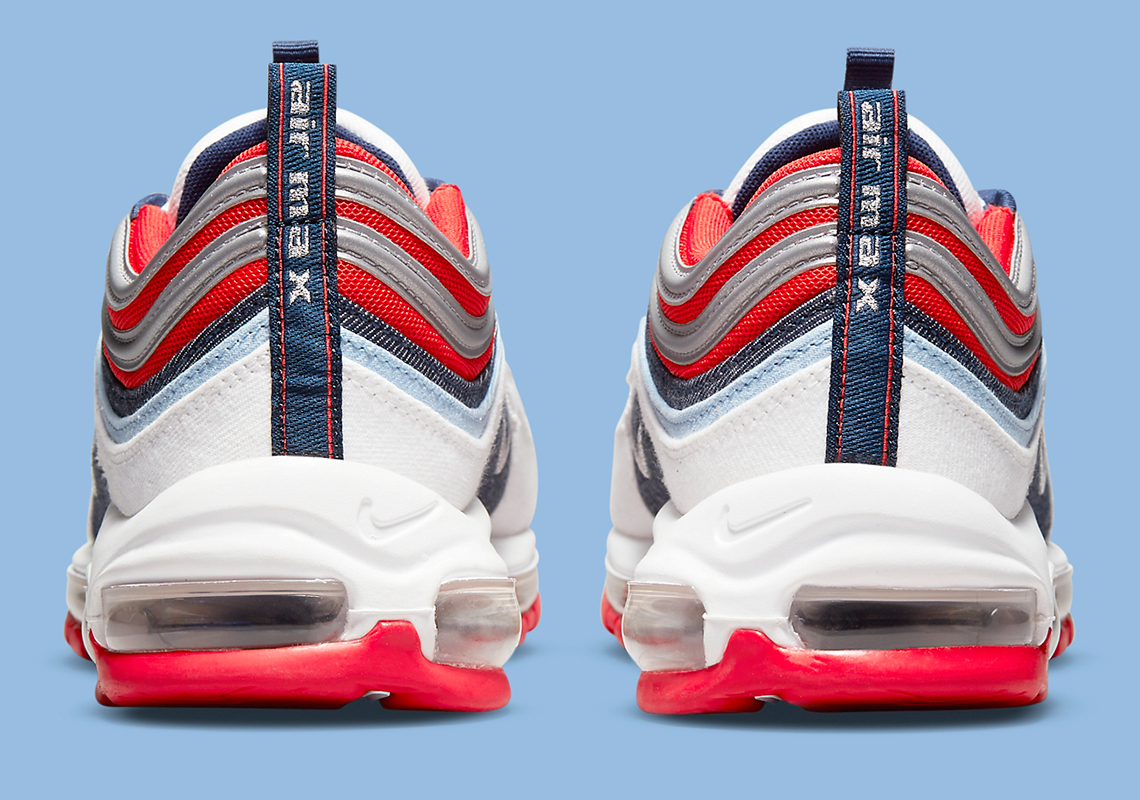 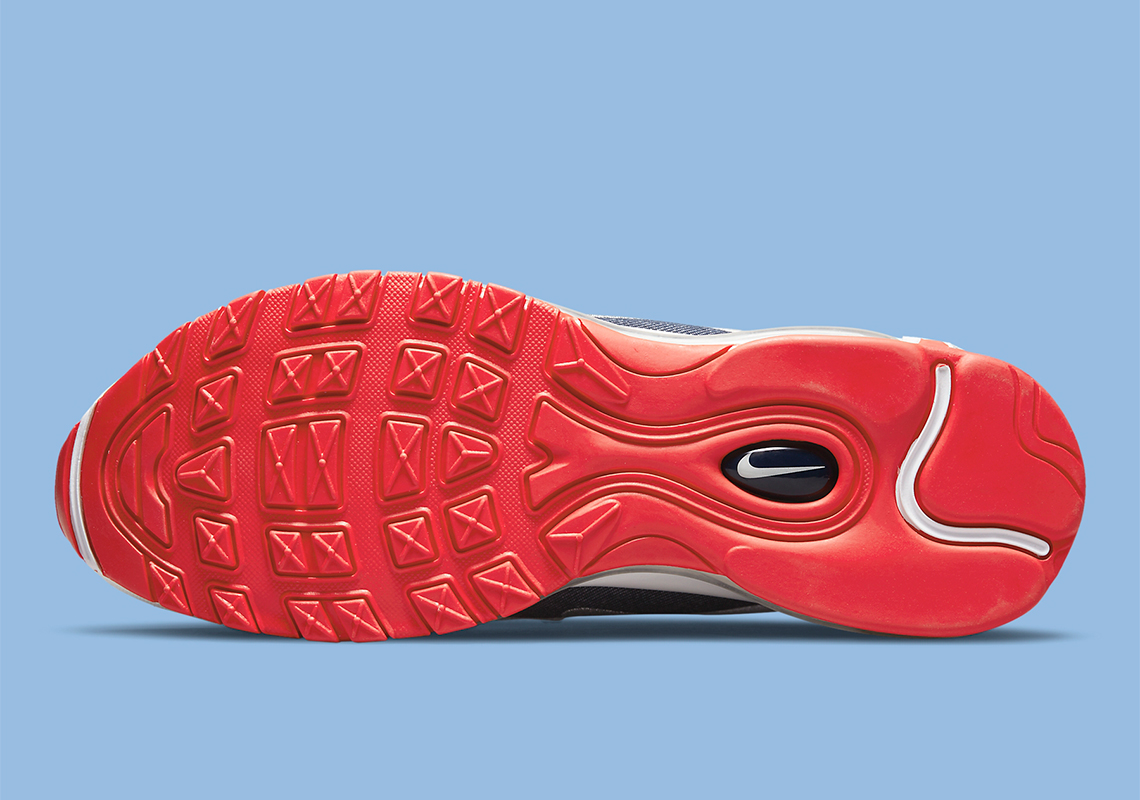 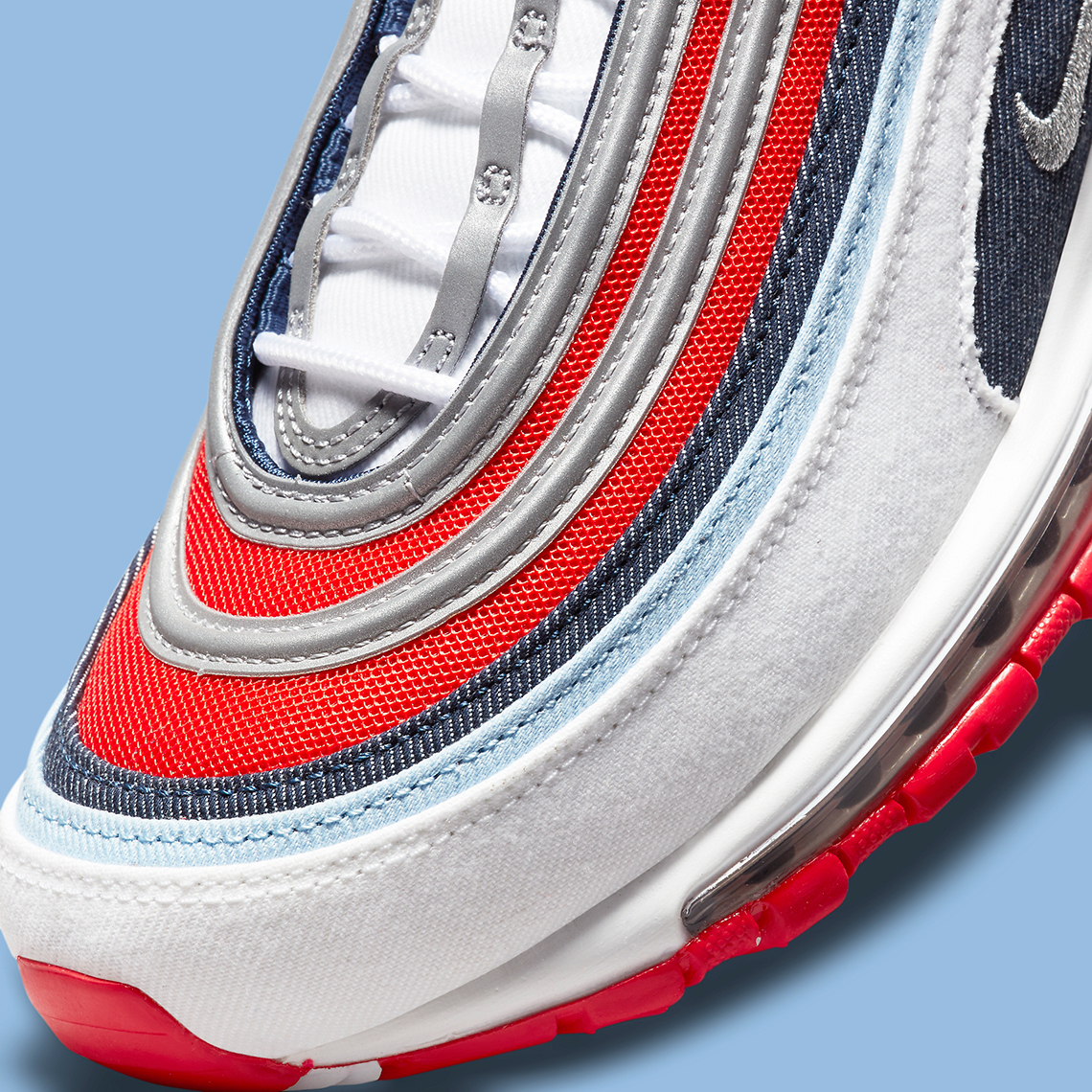 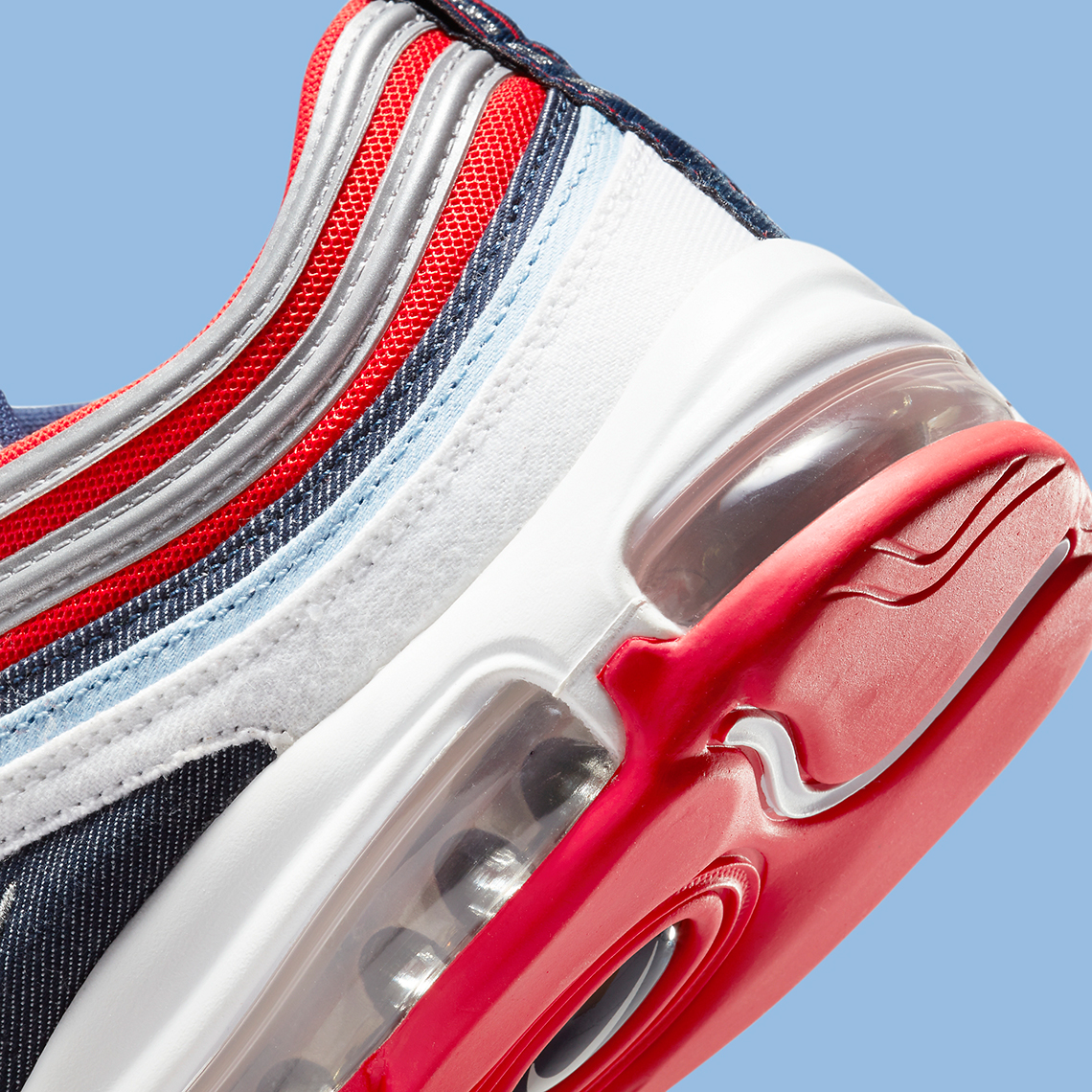