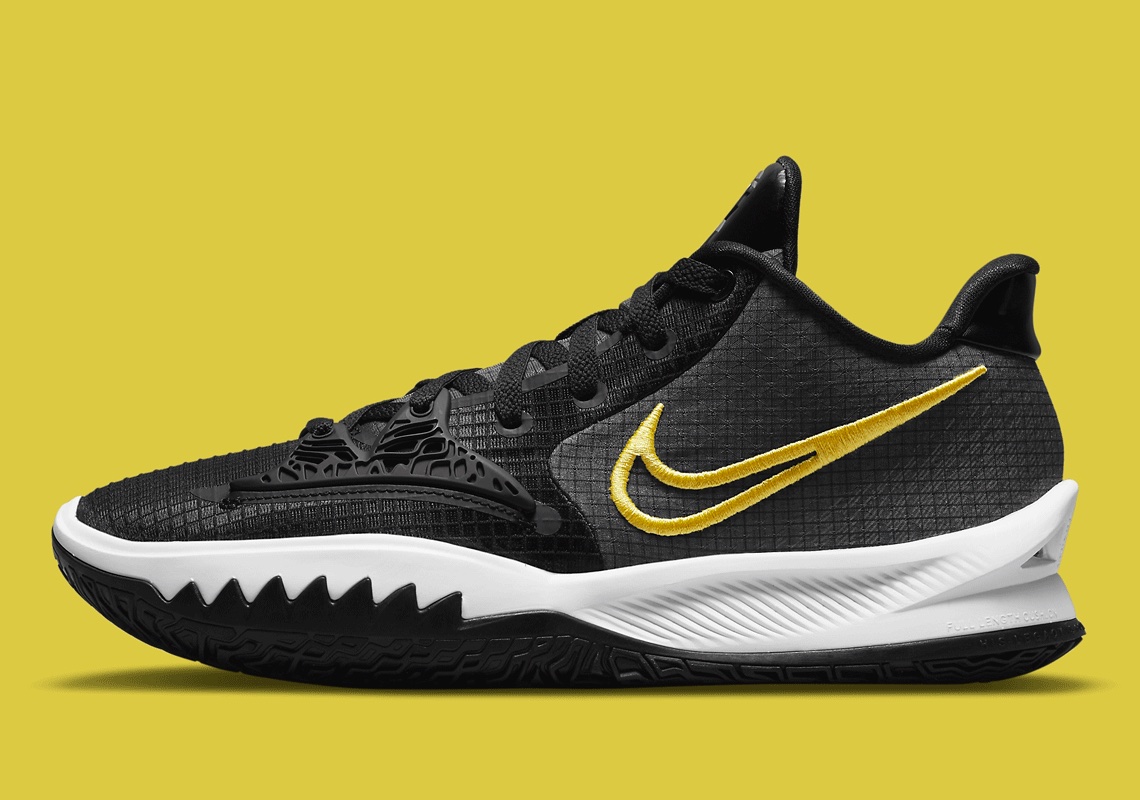 As Kyrie Irving further cements himself among NBA greatness, the Brooklyn Nets guard has (unofficially) shared looks at his all-new Nike Kyrie Low 4. Alongside a colorful pair meant to #KeepSueFresh, Irving’s latest basketball sneaker has emerged in a simple “Black/Metallic Gold/White” colorway reminiscent of a certain Nike SB option from 2003.

Although the Swoosh’s skateboarding imprint has seen an influx of attention over the last two years, Irving had been supporting the sub-label before then. Always rotating an SB Dunk Low in his wardrobe as seen via pre-game outfits, the 29-year-old has ostensibly been inspired by Takashi Hosokawa’s “Silver Box” era design. While straightforward, the muted option features “Metallic Gold” profile swooshes that the latest Kyrie Low 4 has potentially borrowed. Suedes are replaced with a ballistic nylon upper accompanied by molded overlays, but these components indulge in greyscale aesthetic like the “Takashi” SB Dunk. Underfoot, chiseled midsoles opt into a “White” makeup, while herringbone-like tread reverts to a “Black” color.

Full release details are still unknown, but this Kyrie Low 4 is likely to hit Nike.com before the 2020-21 NBA season ends. In any case, enjoy official images of the shoes ahead.

Elsewhere, the Swoosh empire has another Skepta collaboration on the way. 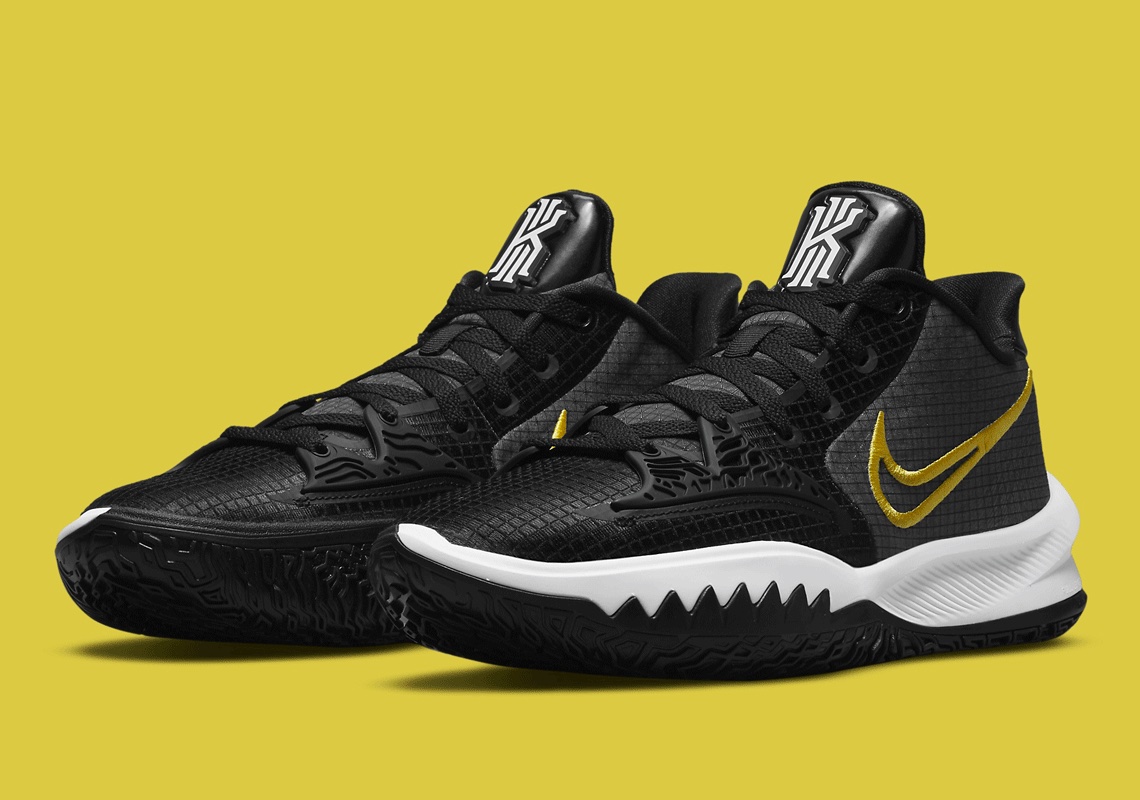 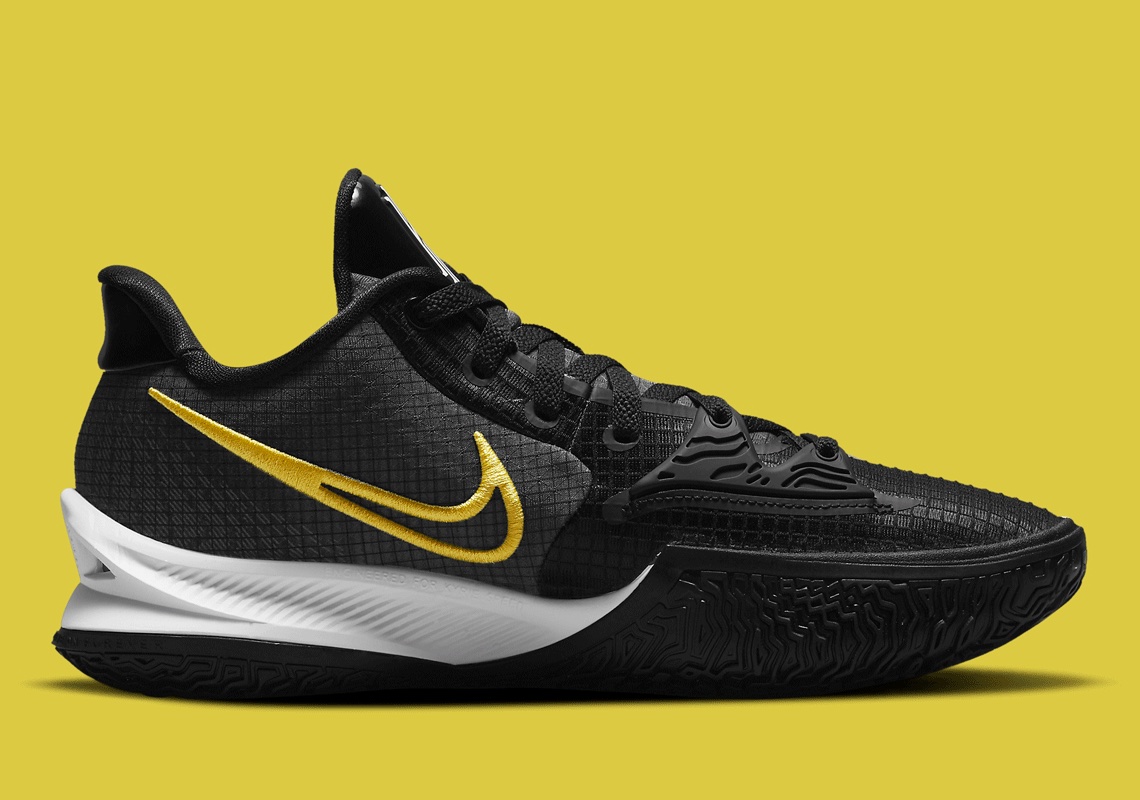 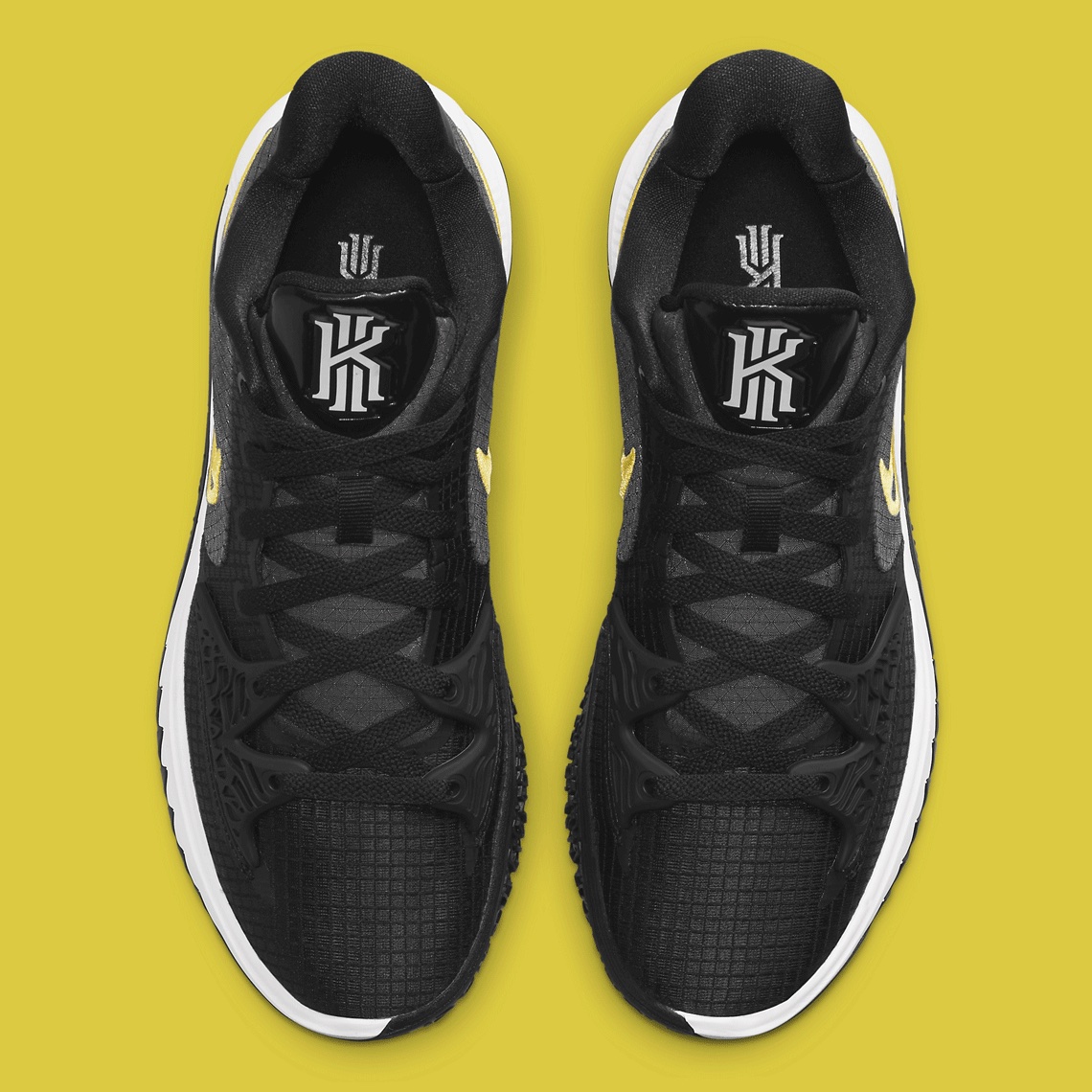 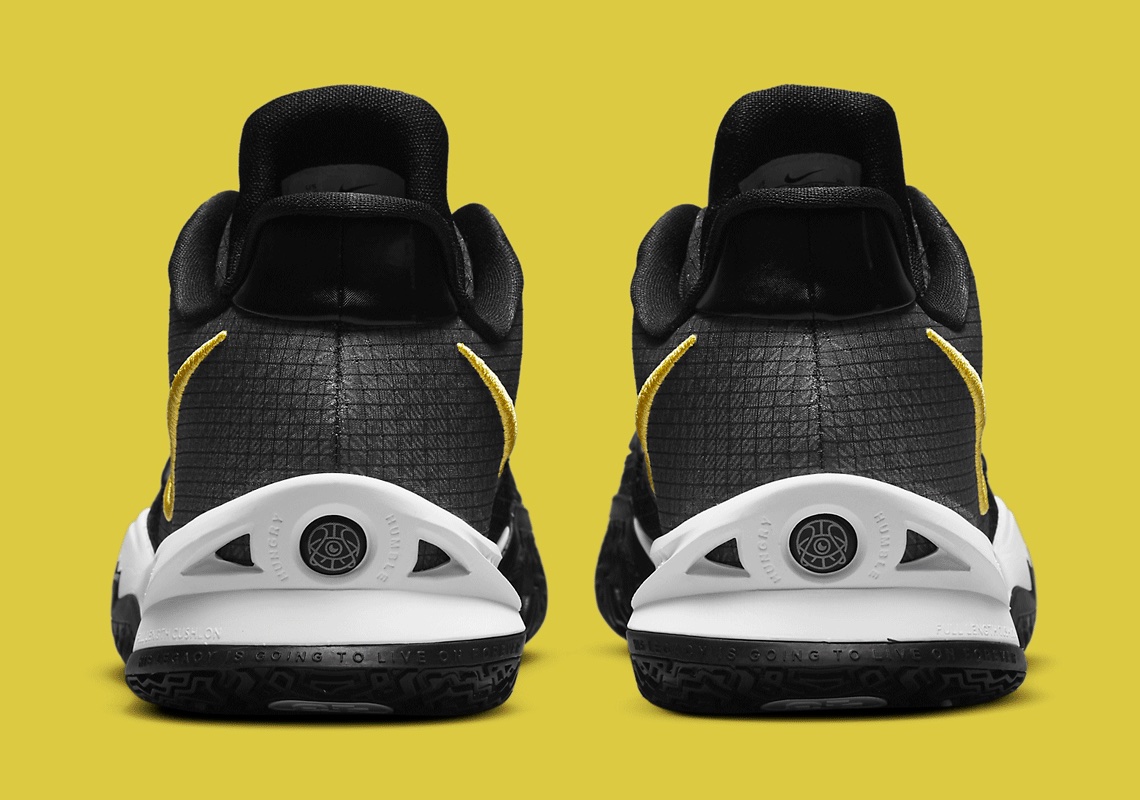 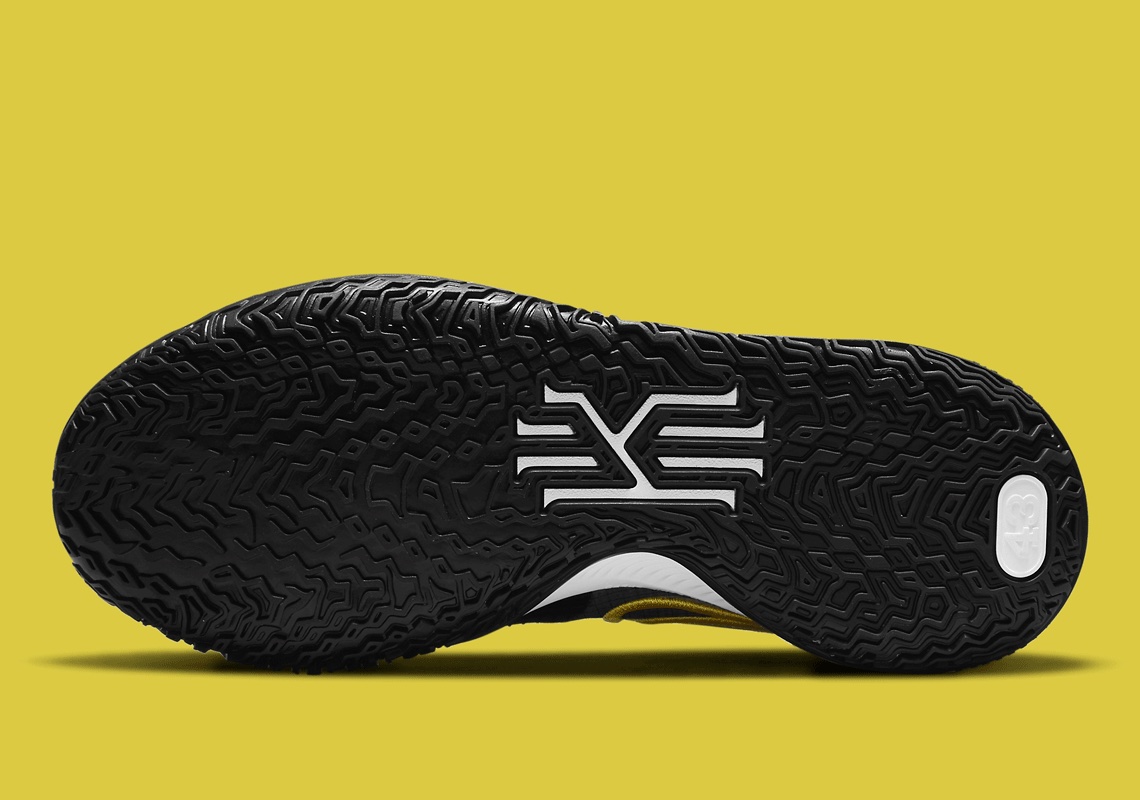 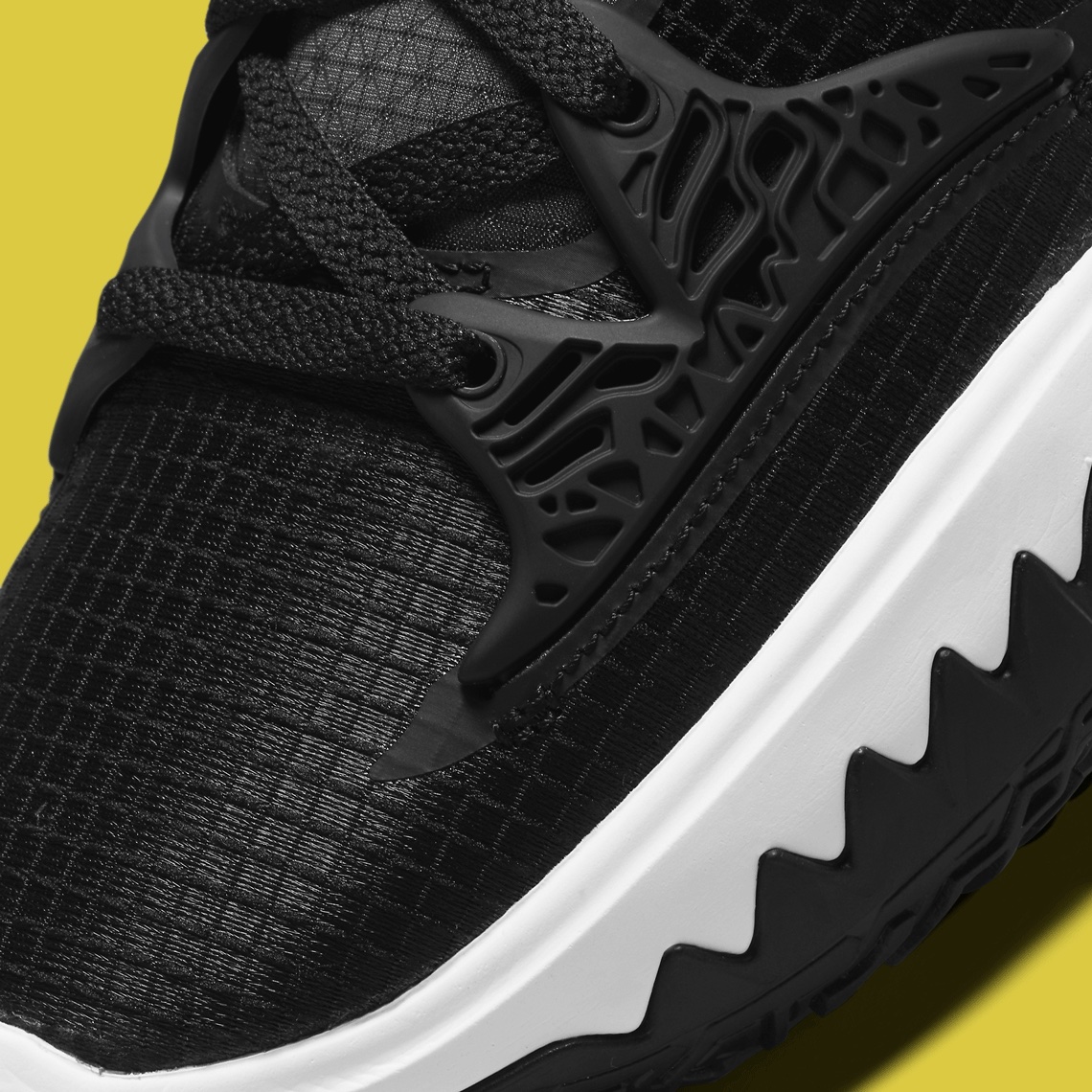 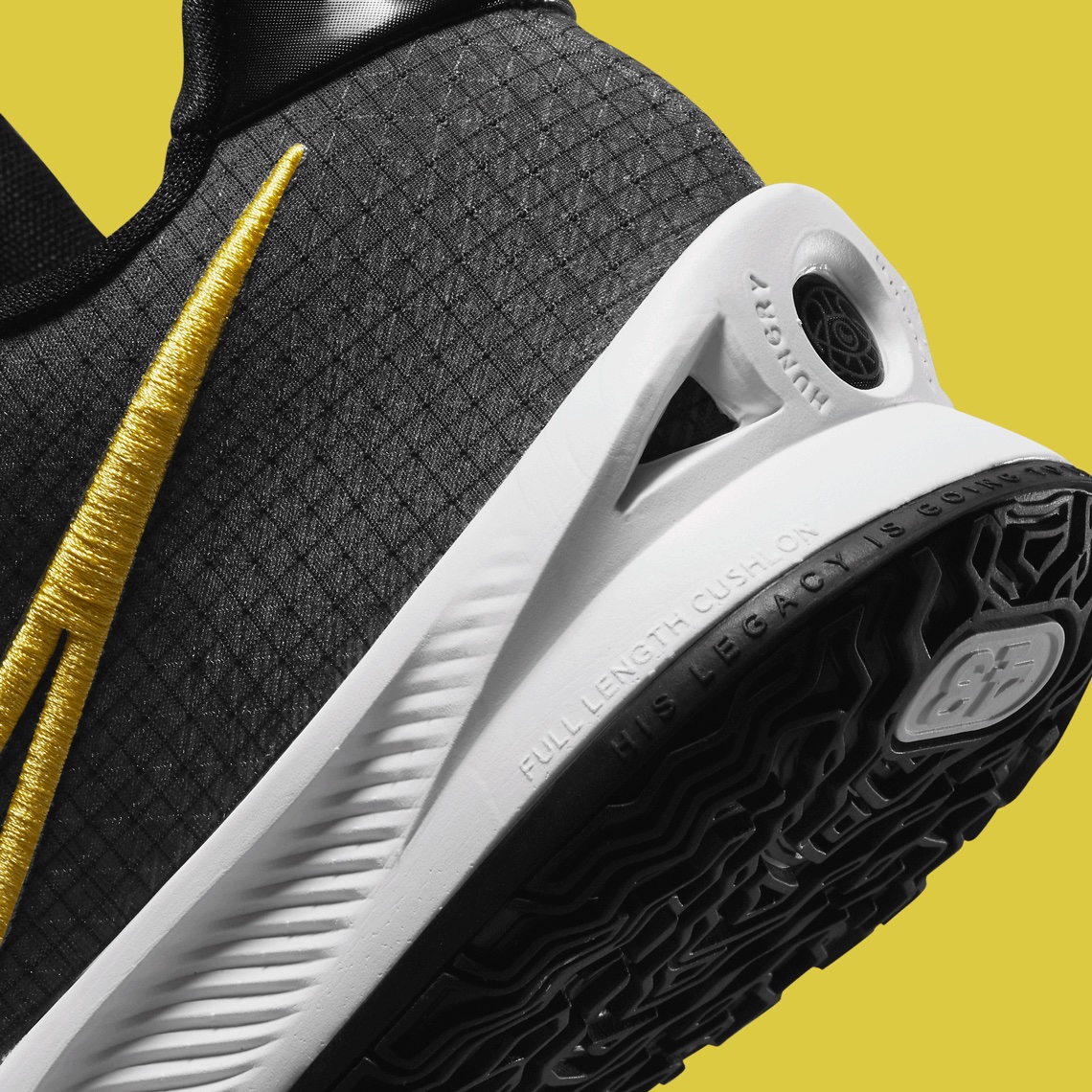