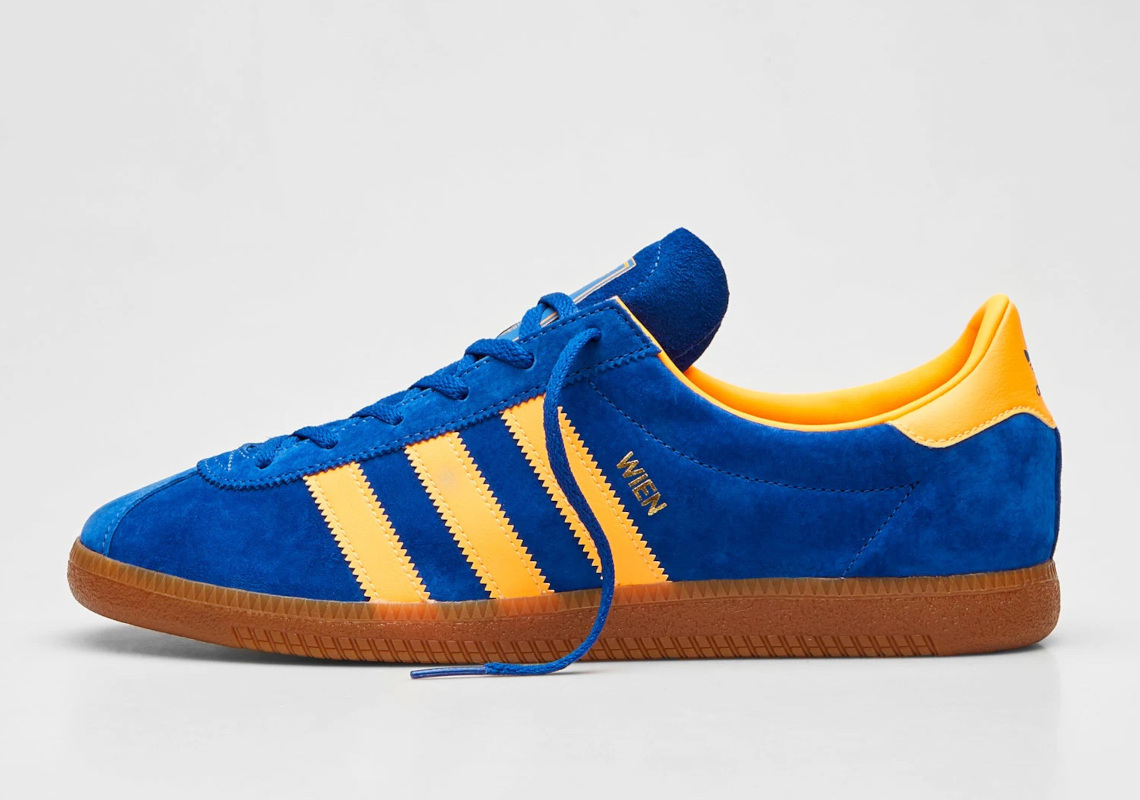 Debuted in the 1970s, adidas’ City Series paid homage to a number of European locales with no-frills footwear. Places like Amsterdam and Stockholm have been commemorated over the last year, and no they’re being joined by Wien.

Internationally known as Vienna, the Austrian capital once graced the Three Stripes’ footwear. For the City Series’ next installment, it returns to the spotlight in the original “Bluebird” suede upper; “Orange” profile 3-Stripes, inner lining and branding on the tongue; and semi-translucent gum brown sole unit. The “T”-shaped toe box, which is perhaps most-associated with the adidas Samba, and the metallic gold “WIEN” text on the lateral mid-foot are also recreated in one-to-one fashion. Together, each component of the adidas Originals proposition delivers a classic style that still feels fresh over 40 years after its debut.

Enjoy detailed images of the adidas Wien ahead, and find the shoes arriving to select stockists in Europe on April 9th.

For more from the German sportswear company, check out all new Yeezys confirmed and rumored for the remainder of 2021. 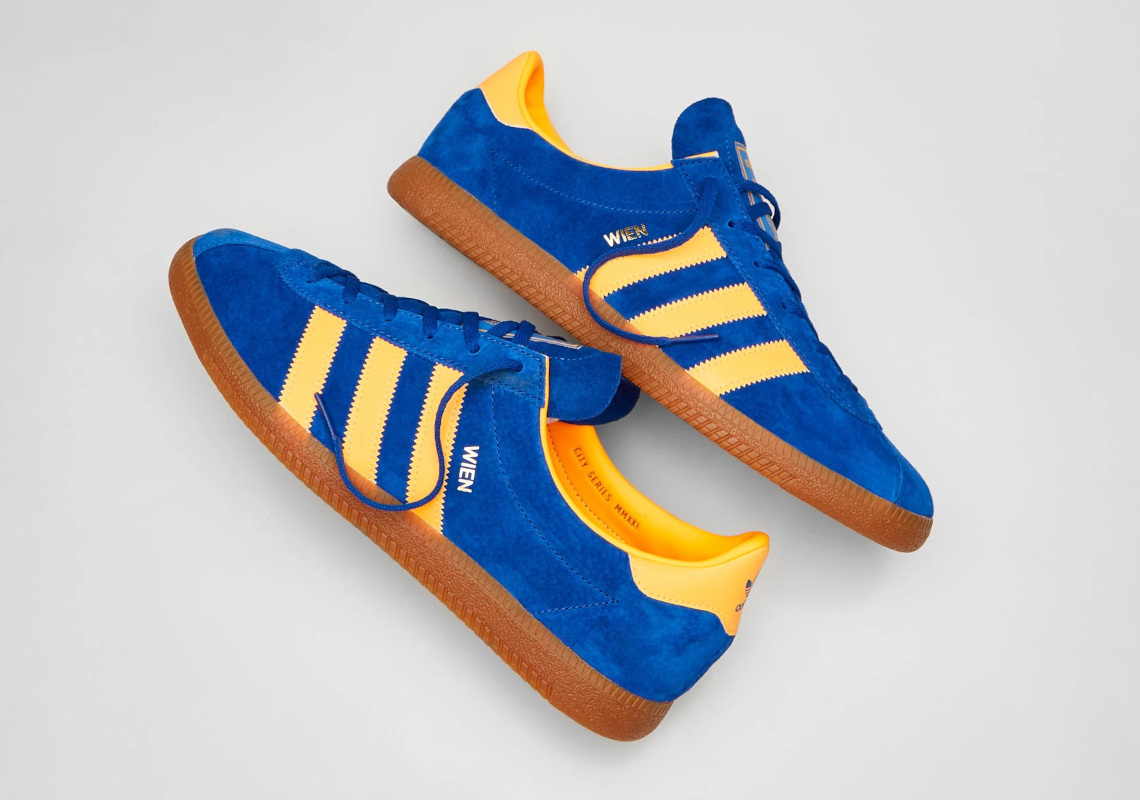 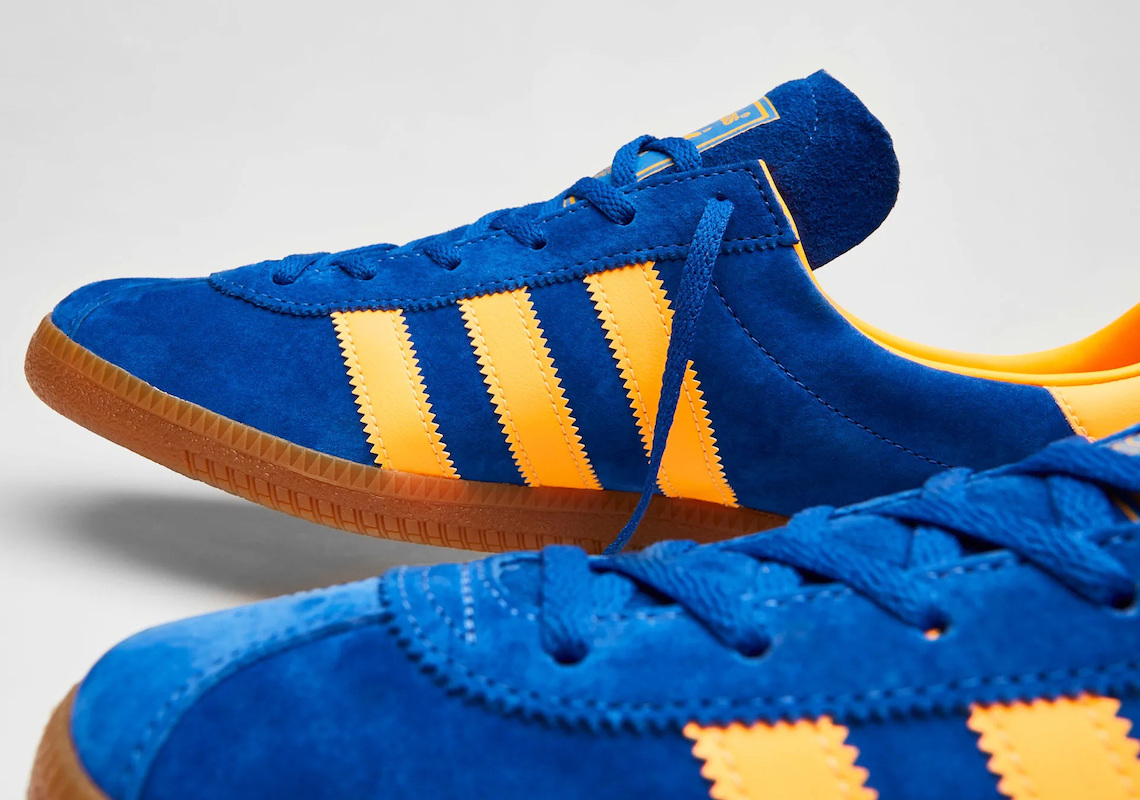 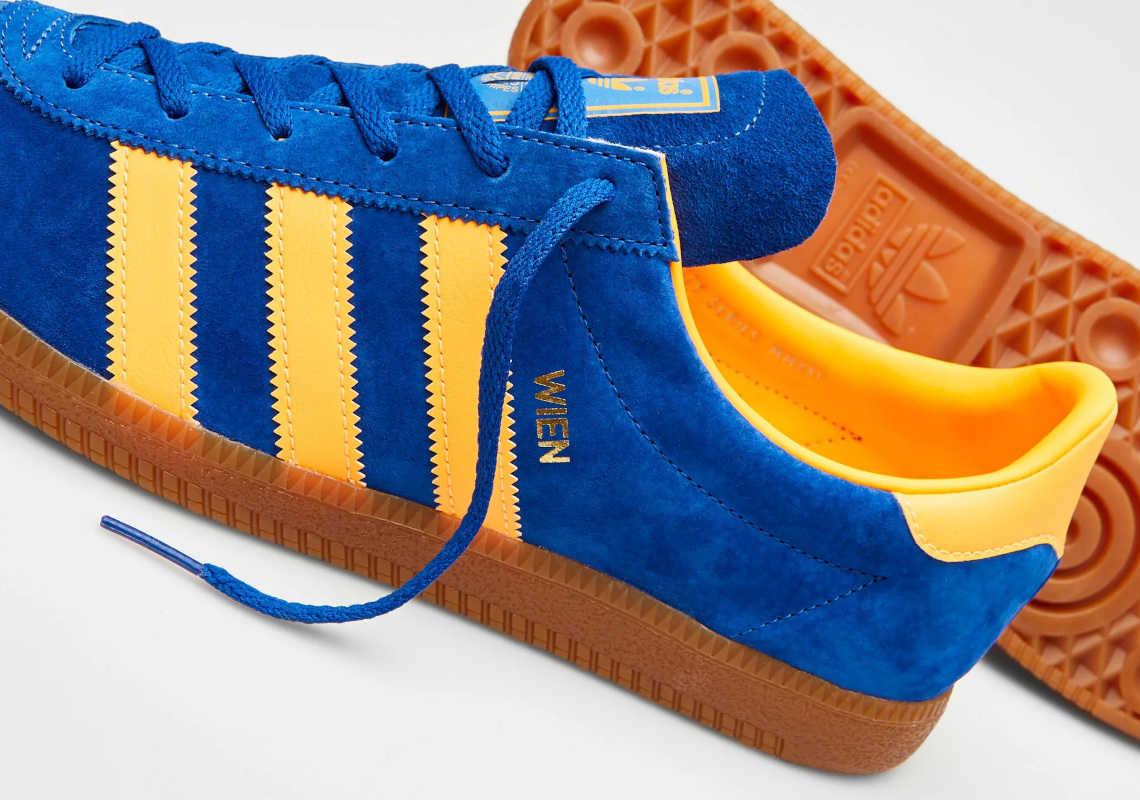 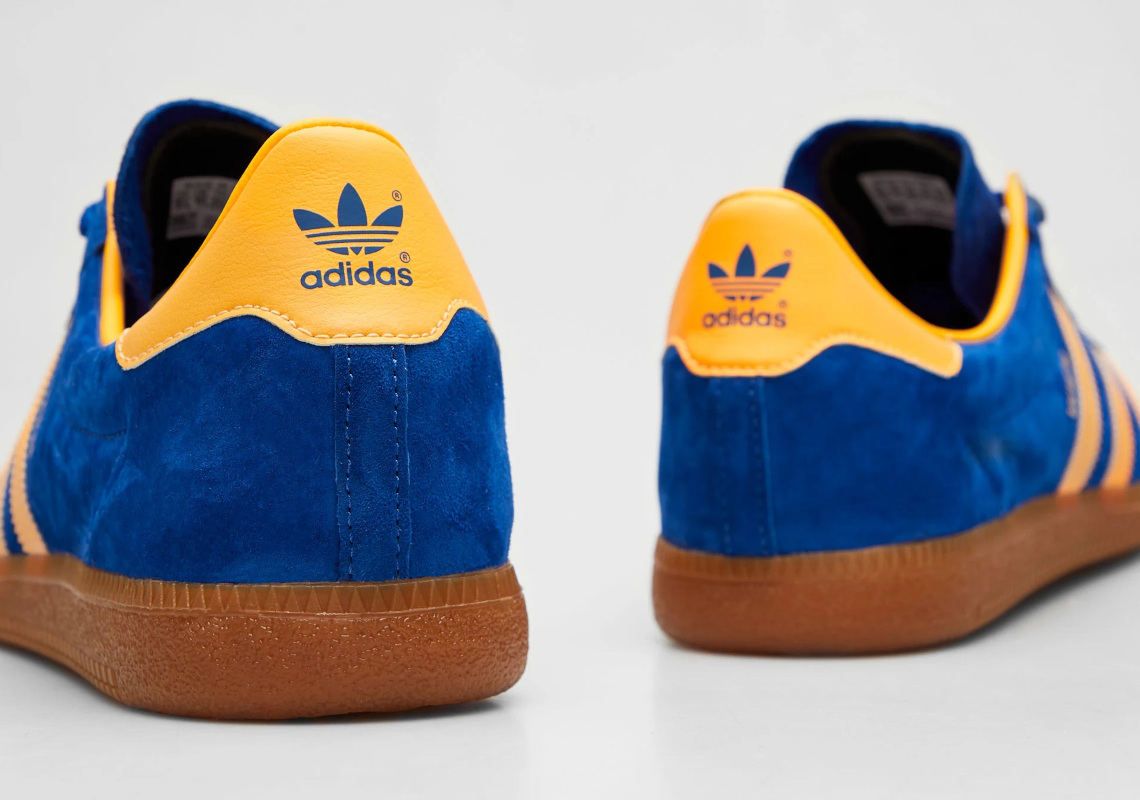