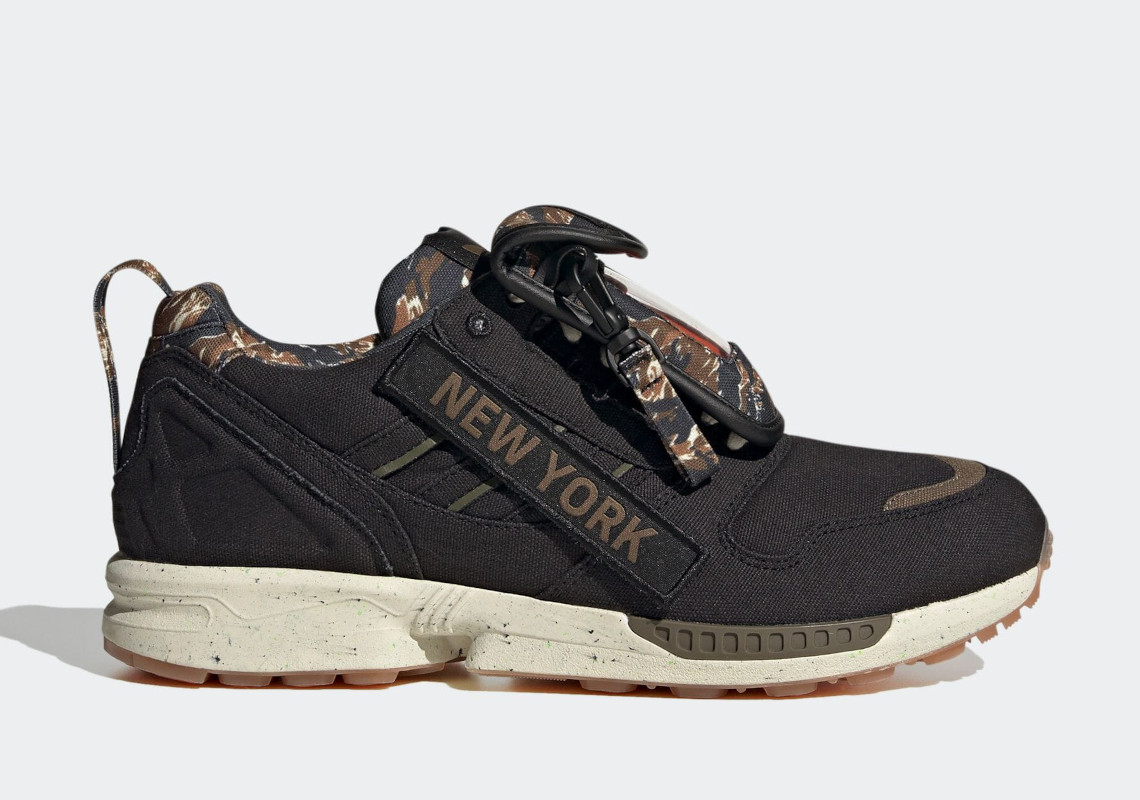 Over the last seven years, adidas Originals has pushed two mostly-leather sneakers via solo and collaborative endeavors. These originally-made-for-basketball-or-tennis propositions have deserved all the attention they’ve garnered, but they’ve overshadowed dozens of other classics from the German sportswear manufacturer. The adidas ZX 8000 has been among those less-heralded silhouettes, but its recent string of impressive styles has demanded attention from old and new audiences, especially stateside.

As part of an on-going revival of the ZX series, the Three Stripes has created the multi-pair “Out There” collection that delivers both heritage and modern utility while nodding to global locales. A previously-seen style mixed a black canvas build with military green tiger camouflage and interchangeable patches reading “LONDON,” “PARIS,” “1989” (the ZX 8000’s credited debut year) “91074” (Herzogenaurach, Germany’s postal code) and “adidas TORSION”. Akin to this nod to two European cities, the latest option from the capsule to surface maintains a dark color palette, additional orange laces stored in the removable pocket on the tongue and interchangeable patches. Instead of commemorating cities overseas, however, the shoes shine the spotlight on New York and Los Angeles. Lastly, the ZX shoe’s sole unit further delivers a utilitarian aesthetic with an off-white midsole and light gum brown bottom.

An adidas.com release date is unknown, but the “Out There” collection is likely to launch around the end of summer. In any case, enjoy images of the pair ahead.

For more from the German sportswear manufacturer, check out the South Park adidas collaboration prepared for April 20th (4/20). 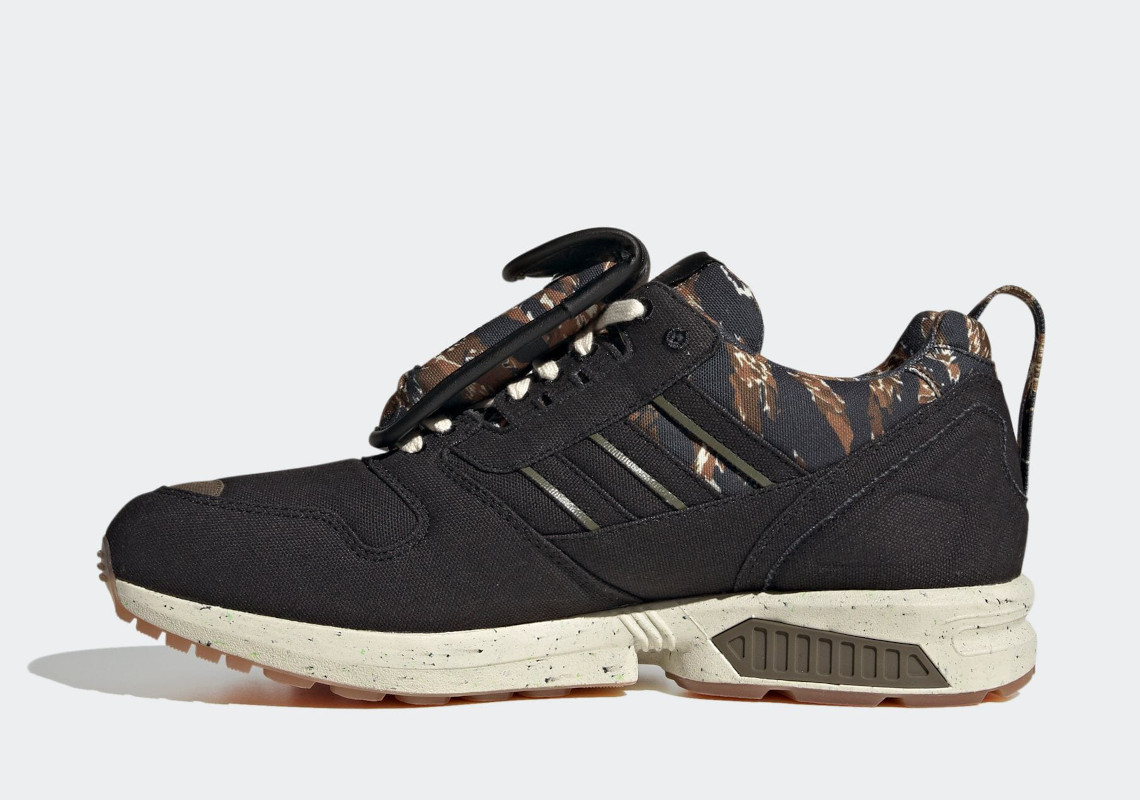 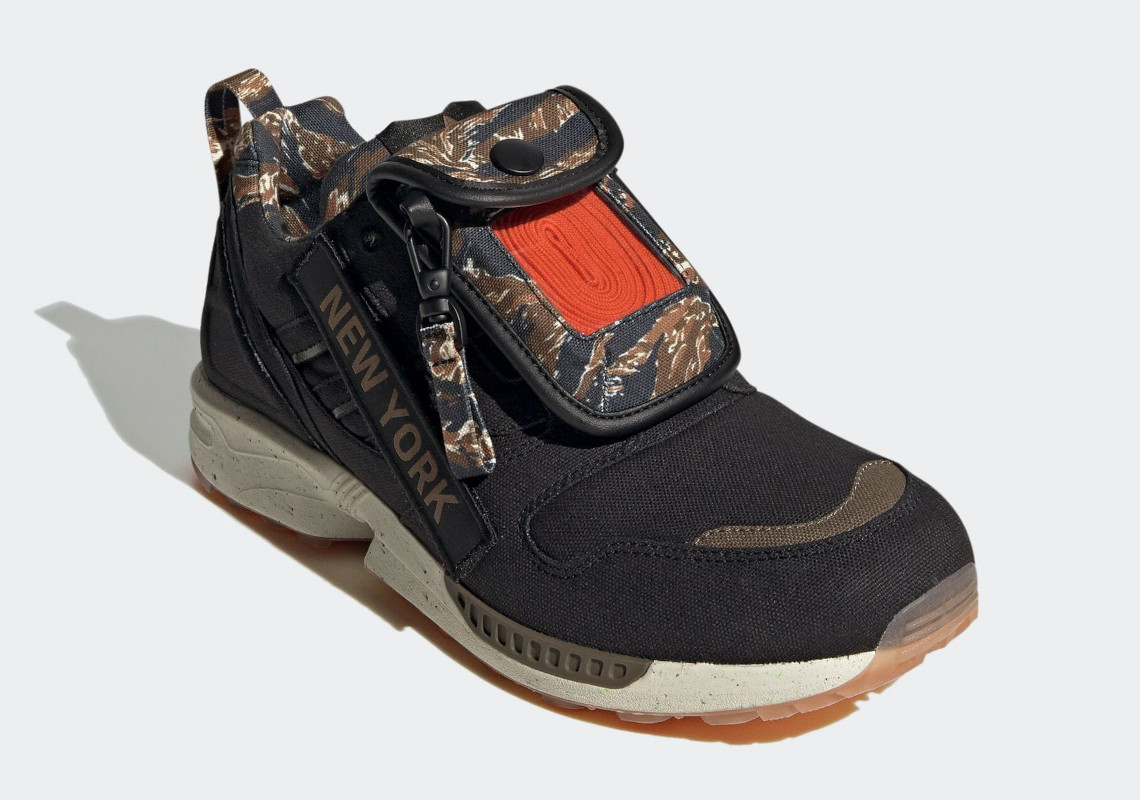 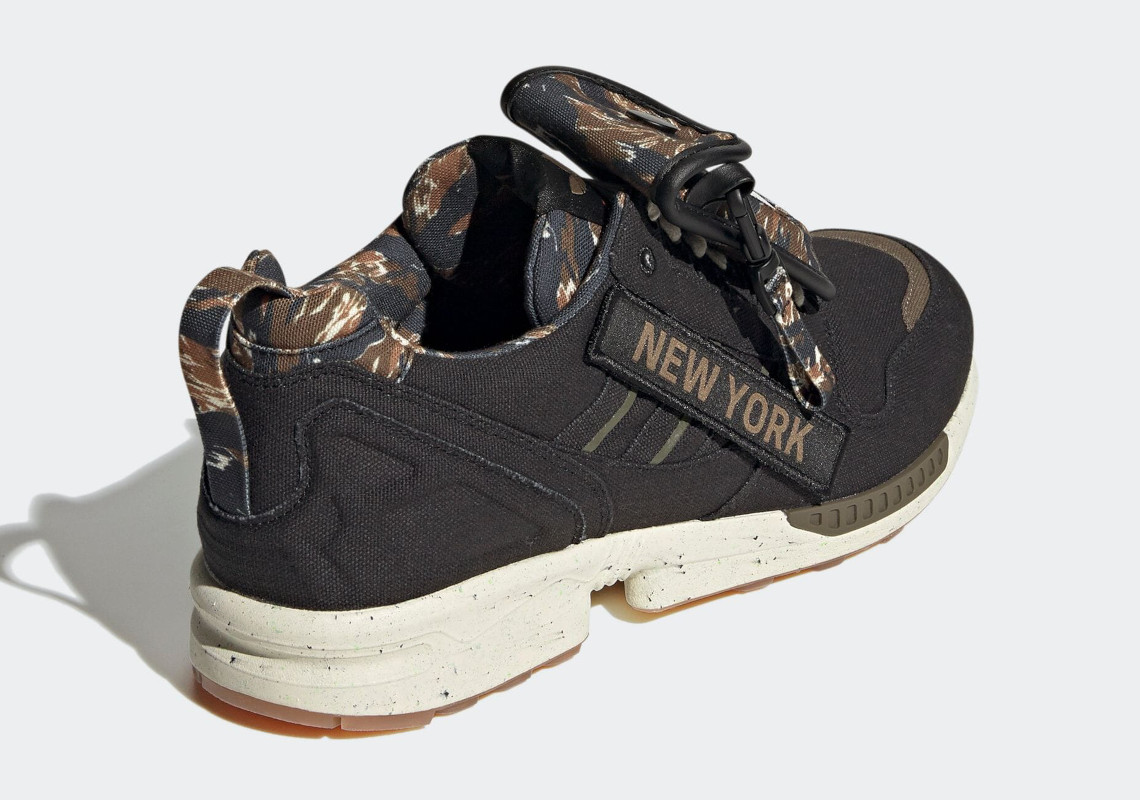 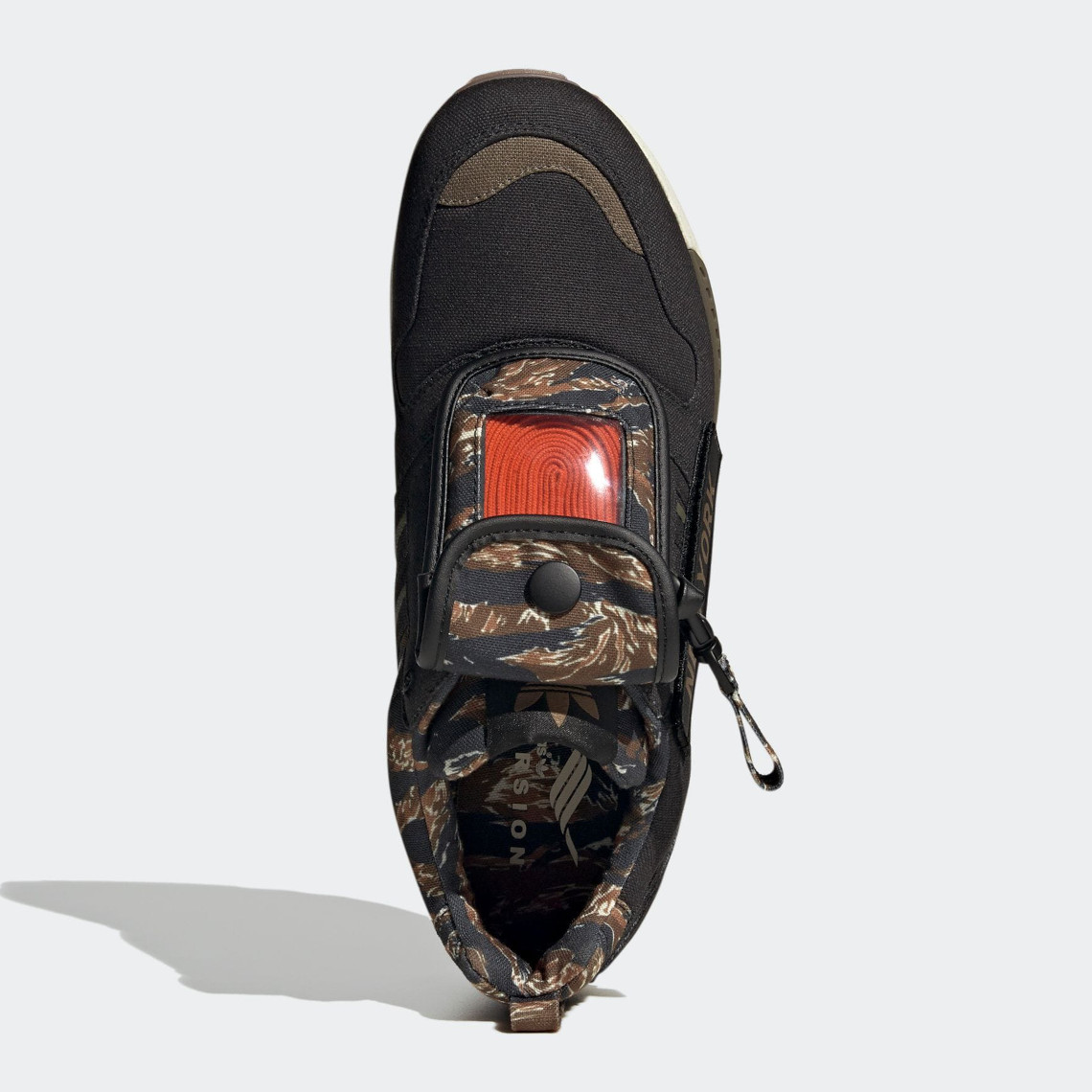 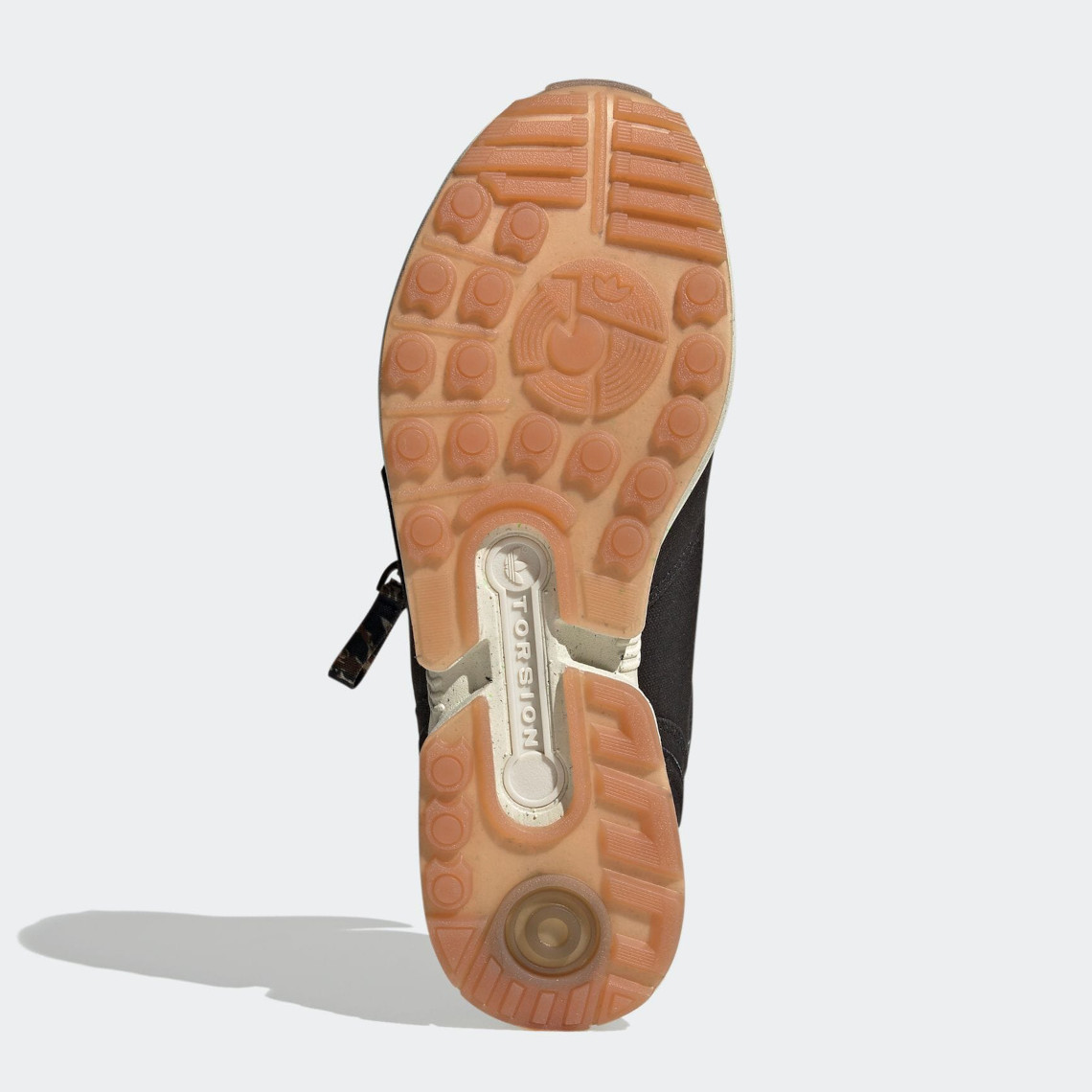 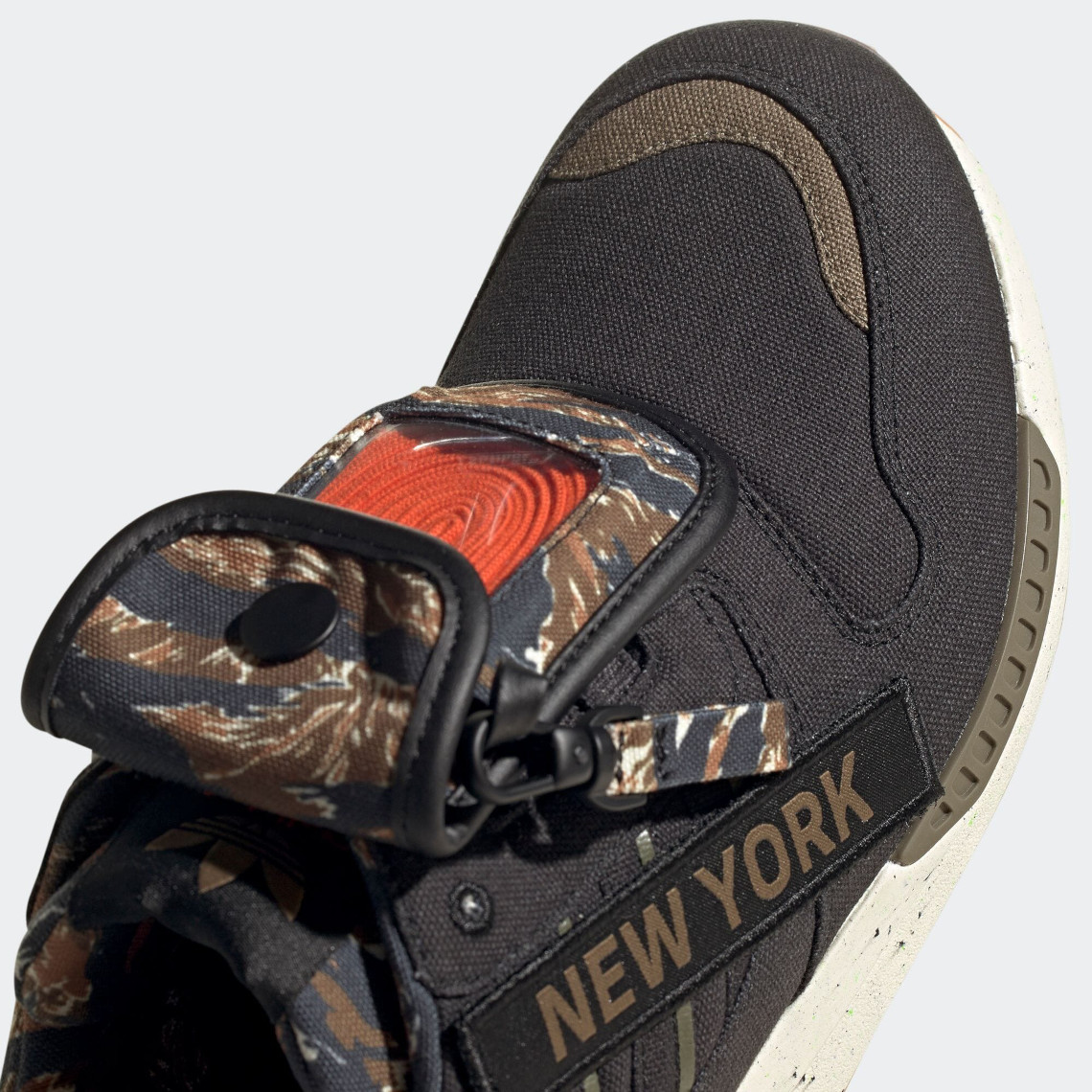 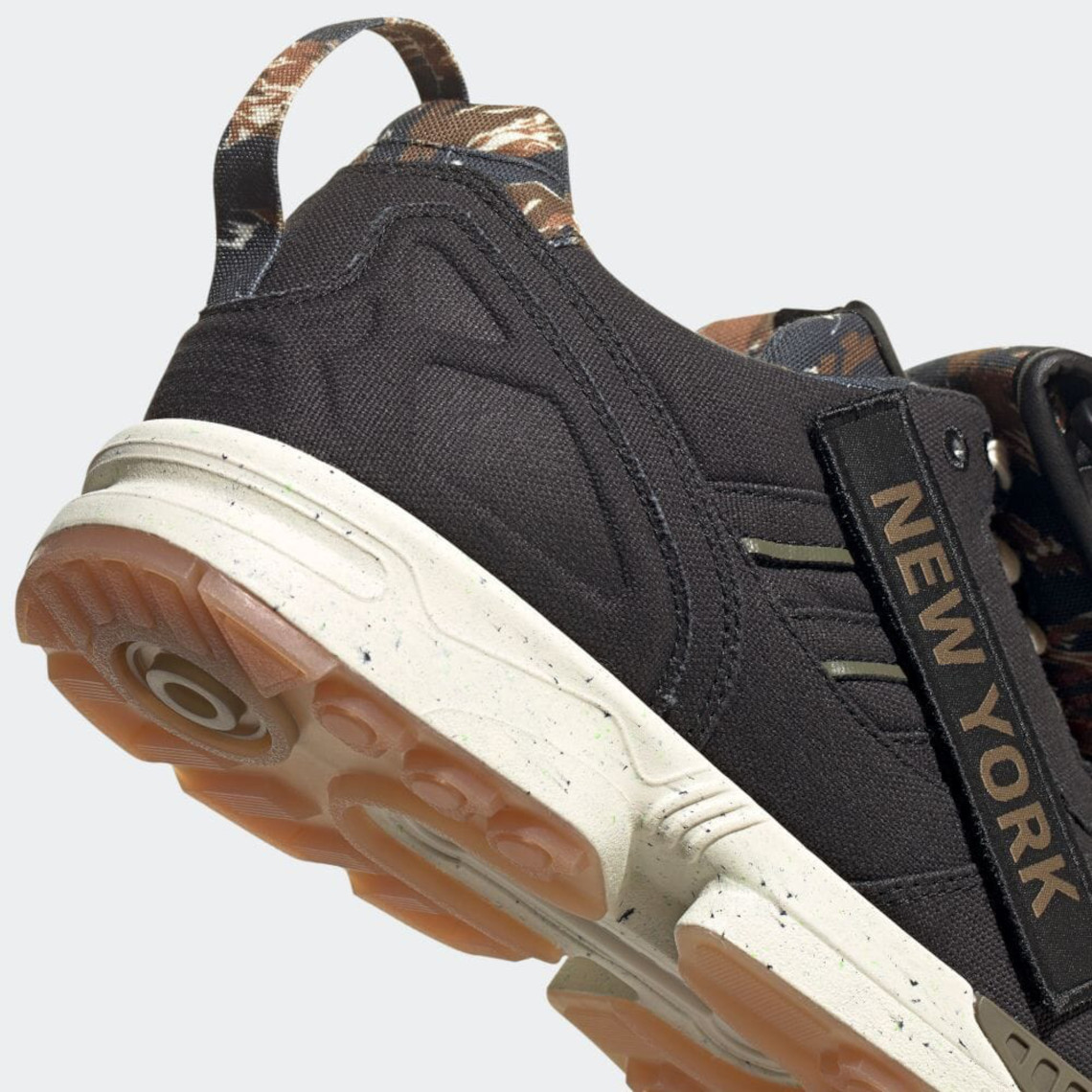 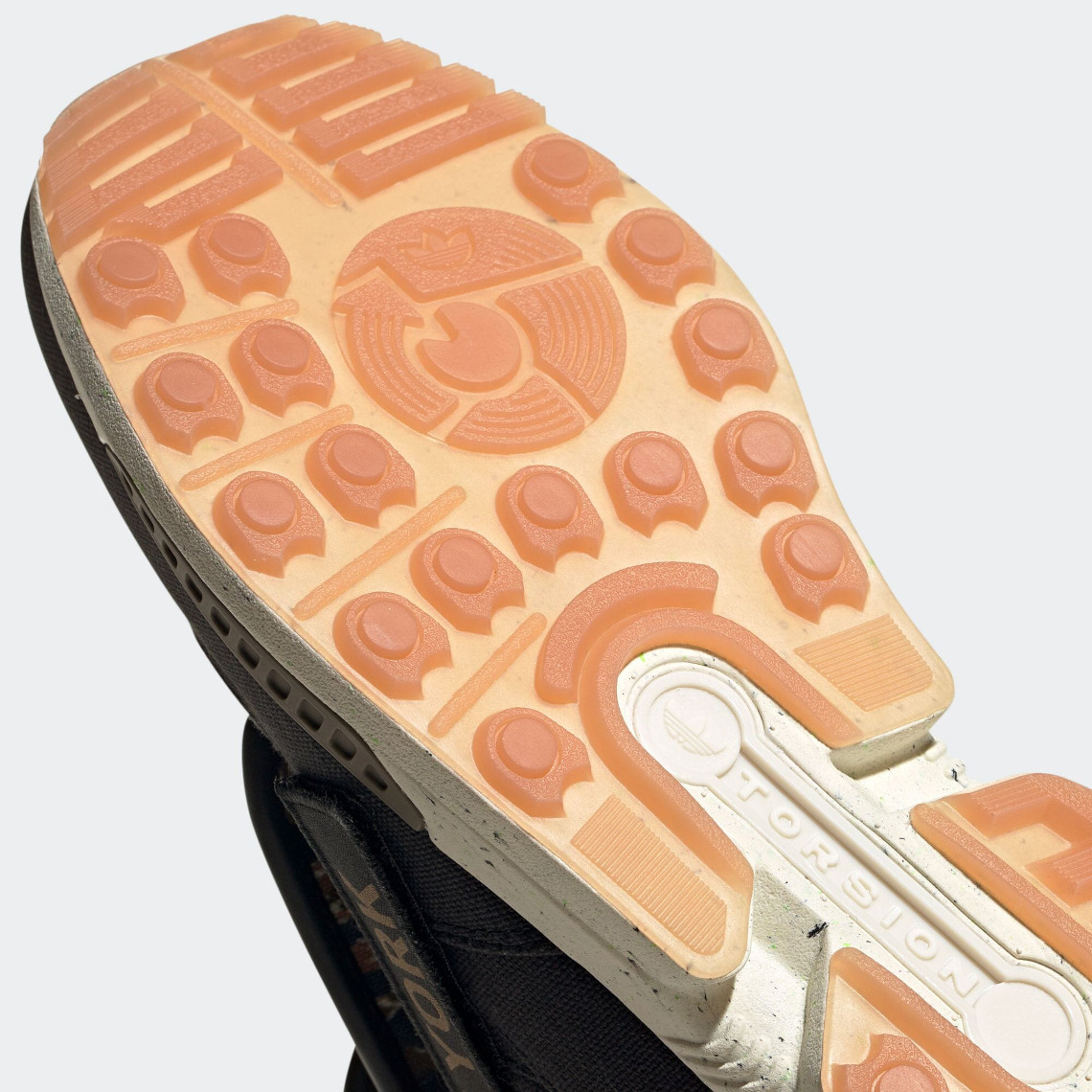