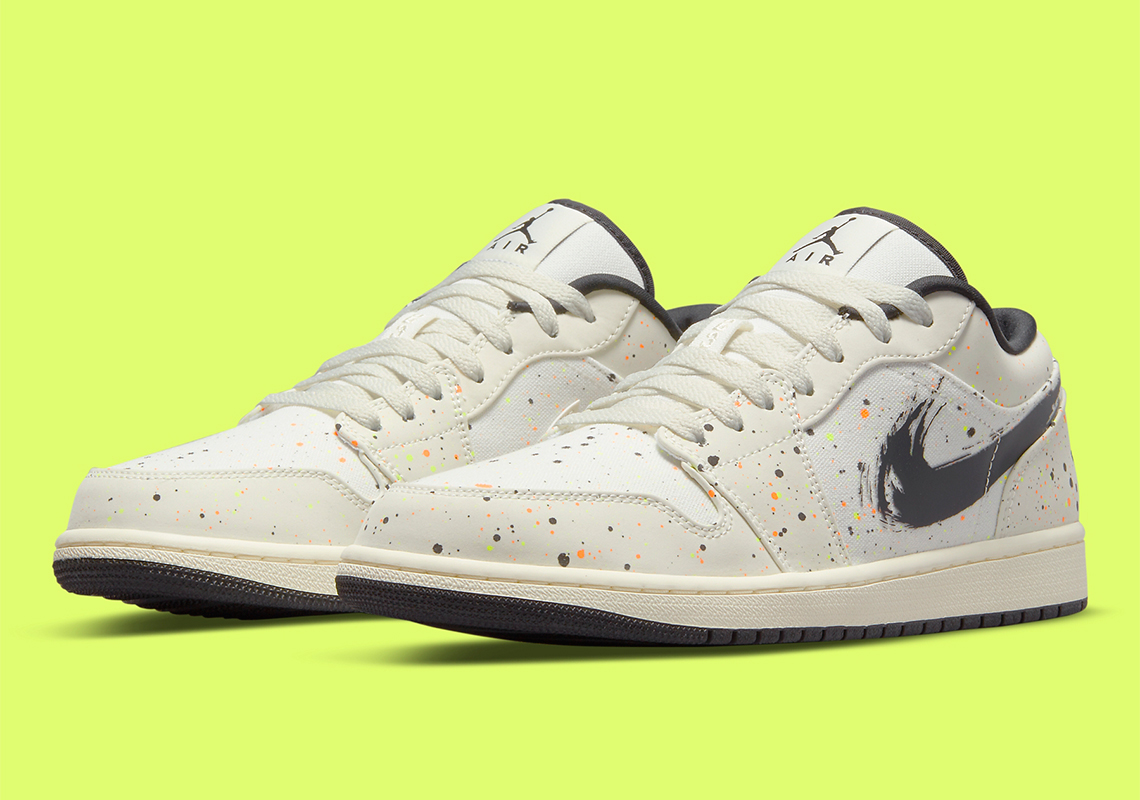 Akin to previously-seen retros prepped for spring and summer, the forthcoming pair boasts canvas construction throughout the mid-foot, toe box and tongue. Instead of delivering a build similar to the Air Jordan 1 AJKO, the low-top proposition couples its lightweight material with smooth leather overlays from forefoot to heel. Both components indulge in varying shades of cream, but lateral side swooshes and collar and tongue lining introduce stark black contrast into the mix. Although the latter two areas don the dark hue in solid fashion, the iconic logos on the outsides of the Jordans are applied in a brushstroke fashion, a detail that’s appeared on the Nike Blazer Mid ’77 before. Furthermore, orange, black and neon green dots animate the remainder of the upper. Sole units forgo any haphazard paint job-inspired aesthetic in favor of a slightly-yellowed midsole combined with all-black tread.

An official Nike.com release date is unknown, but this Jordan 1 Low is likely to launch before summer ends. In the meantime, enjoy images of the pair ahead. 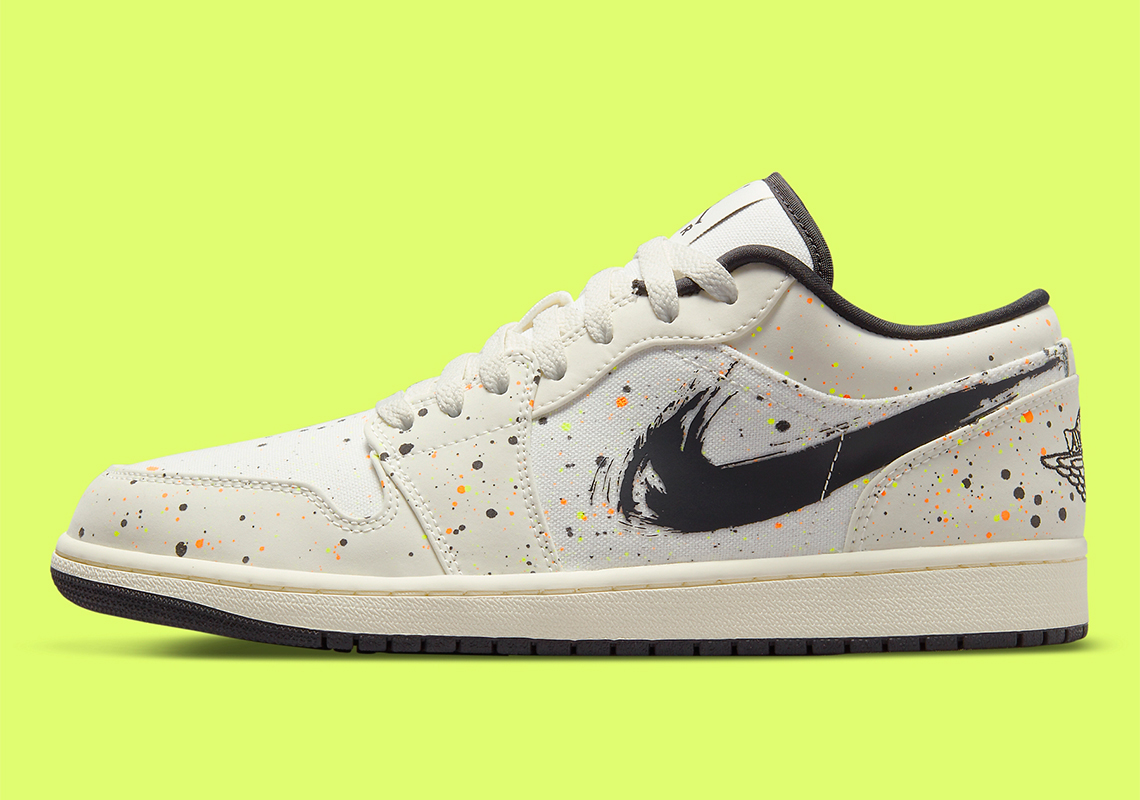 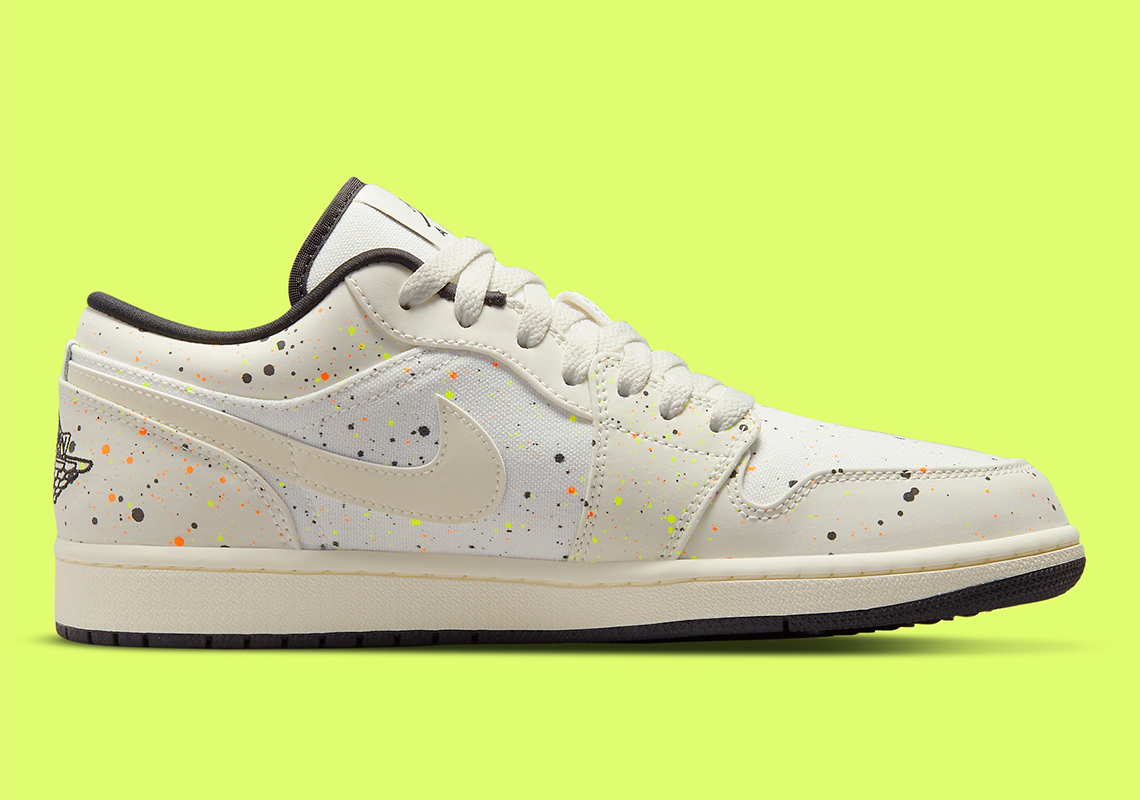 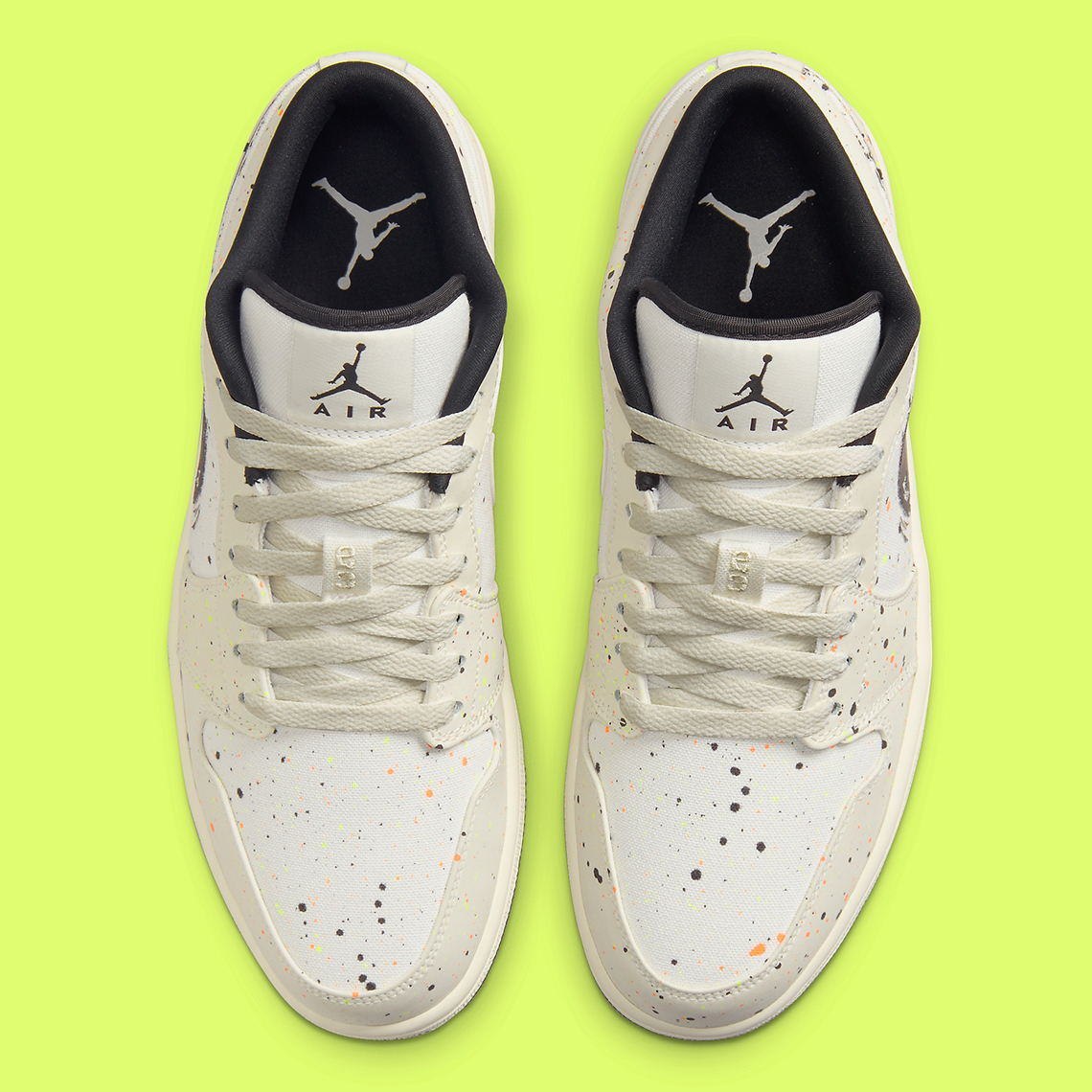 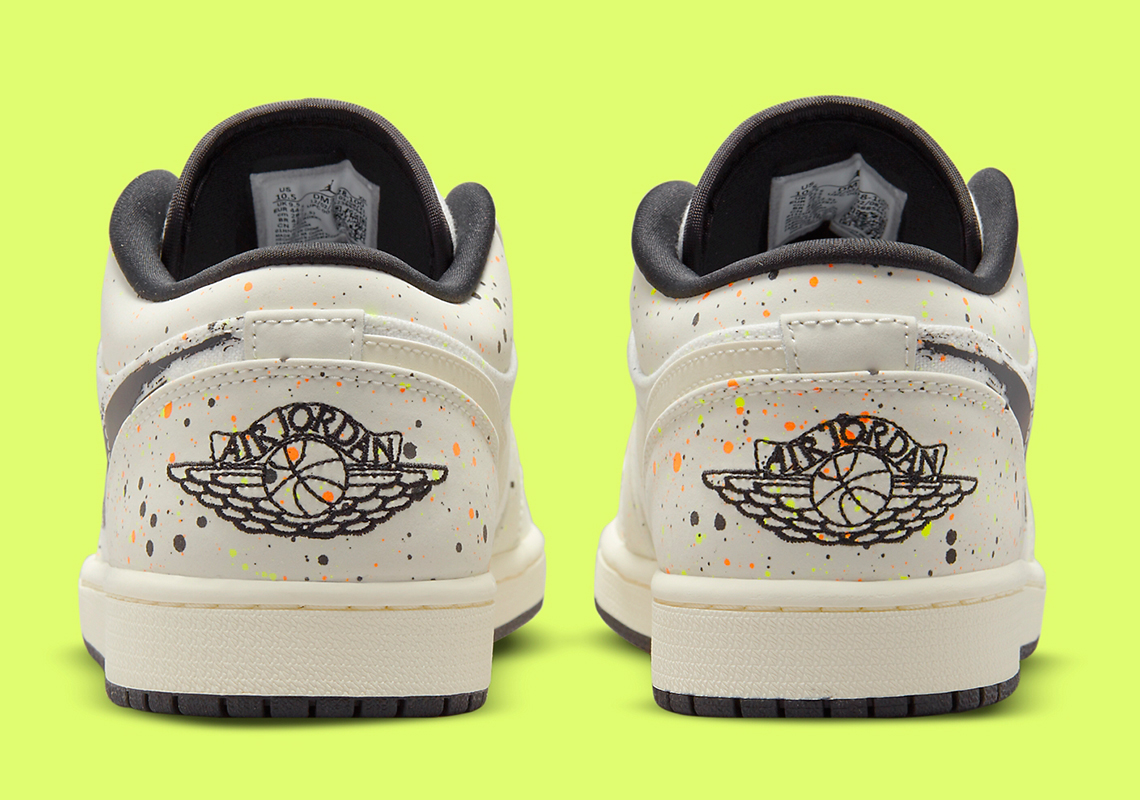 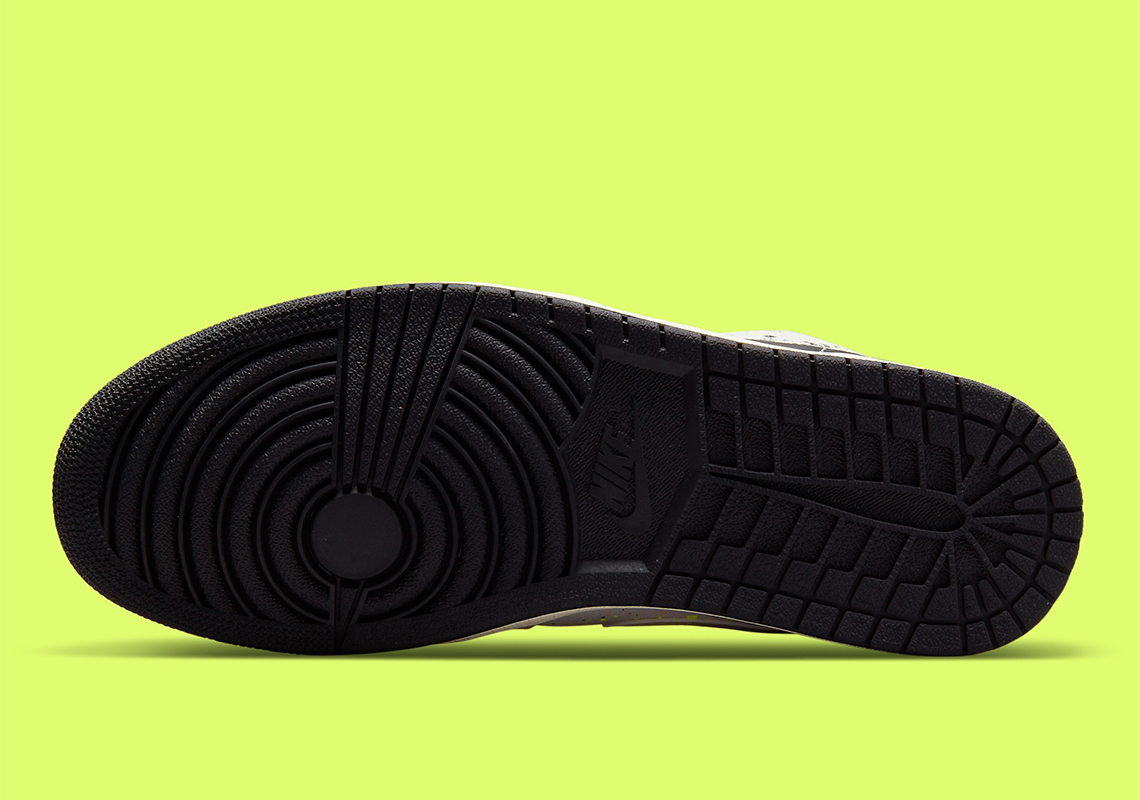 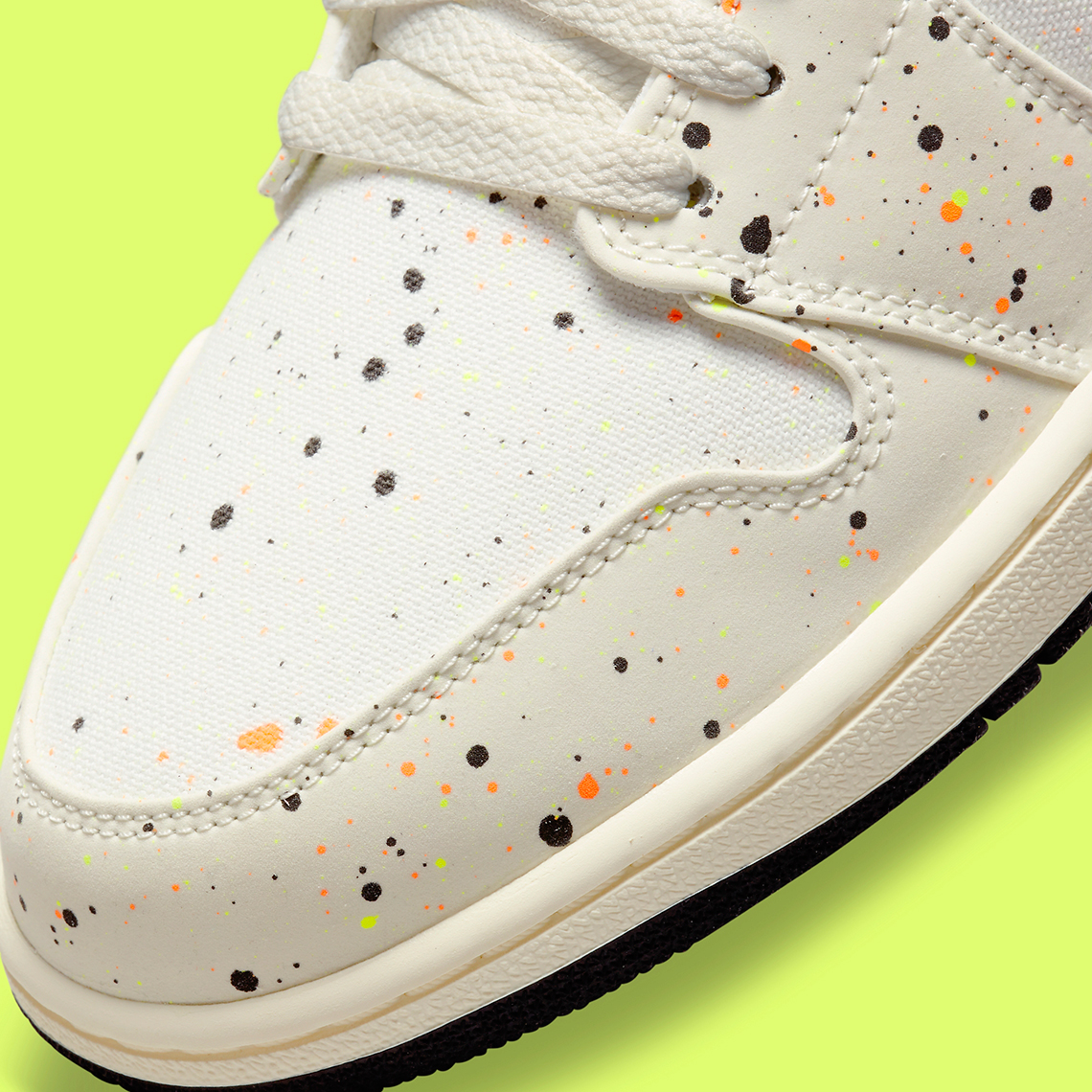 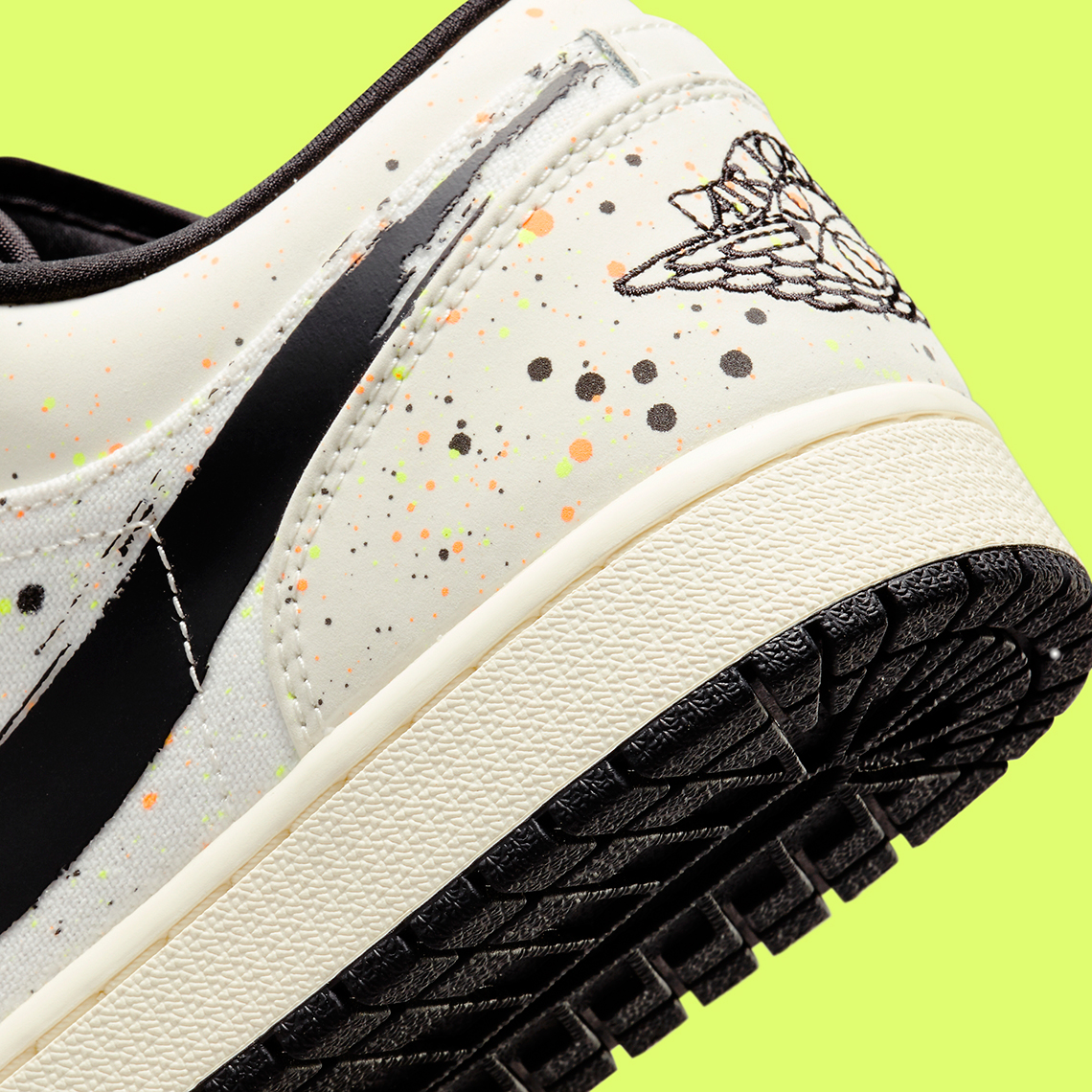