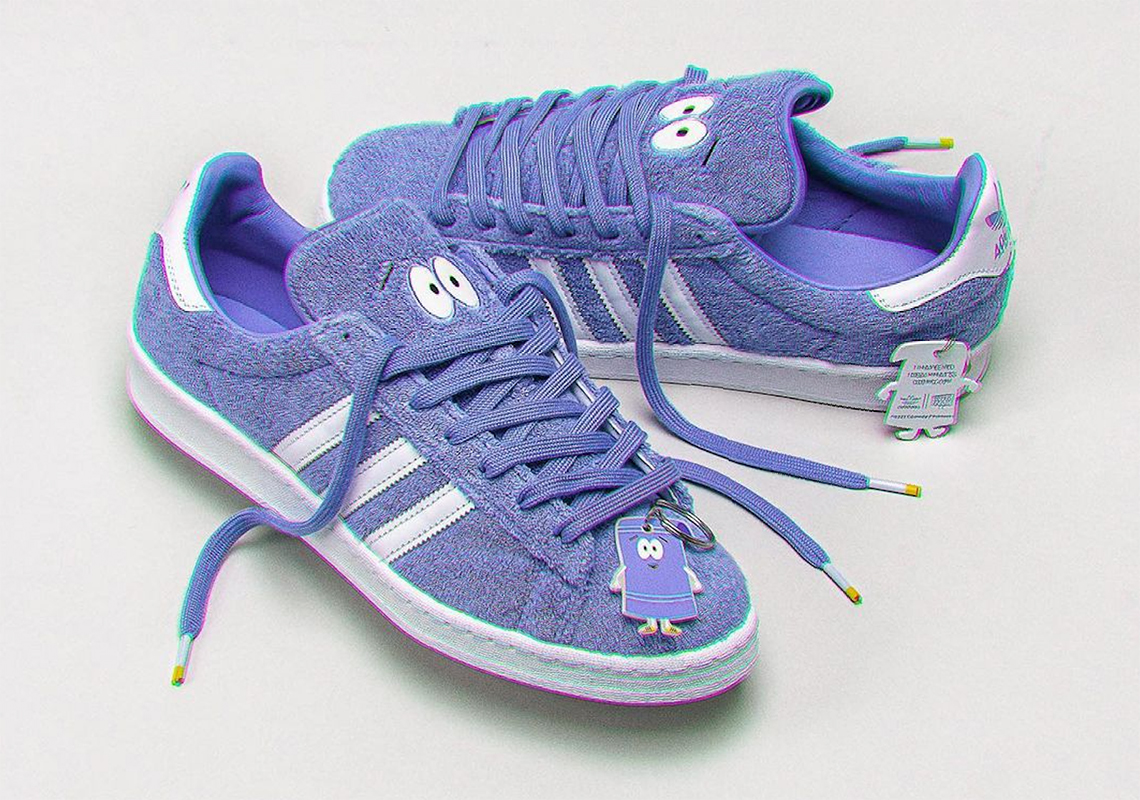 adidas has been working with collaborators like Disney to bring Star Wars, Toy Story and other franchises to sneaker form for the past few years. Within the first four months of 2021, the German sportswear institution has revealed plans with The Simpsons and South Park, the latter lending the worrisome, but charming Towelie character for an adidas Campus 80s set to launch tomorrow, April 20th (420), in celebration of a beloved marijuana holiday.

When glancing at the collaborative pair from the sides, the “Chalk Purple/Footwear White”-covered proposition seems in-line with the two-tone adidas Originals styles to emerge in the last few weeks, but closer inspection reveals special detailing. For starters, the terrycloth-material that runs throughout the entire upper works in-tandem with the eye graphics embroidered onto the top of the tongue to nod to South Park’s genetically-engineered talking towel. The tongues’ undersides boast two of Towelie’s (not “Towlie”) catchphrases right above stash pockets big enough for nuggets of various kinds typically consumed on 04/20. Included keychains depict the sneaker’s inspiration in two states, which the eyes on the tongue also do when exposed to UV light.

Enjoy detailed images of the Towelie Campus 80s here below, and don’t forget to try your luck tomorrow, April 20th, via the adidas CONFIRMED app.

For more styles under the Three Stripes umbrella, check out the Yeezy Foam Runner options anticipated to launch throughout the remainder of 2021. 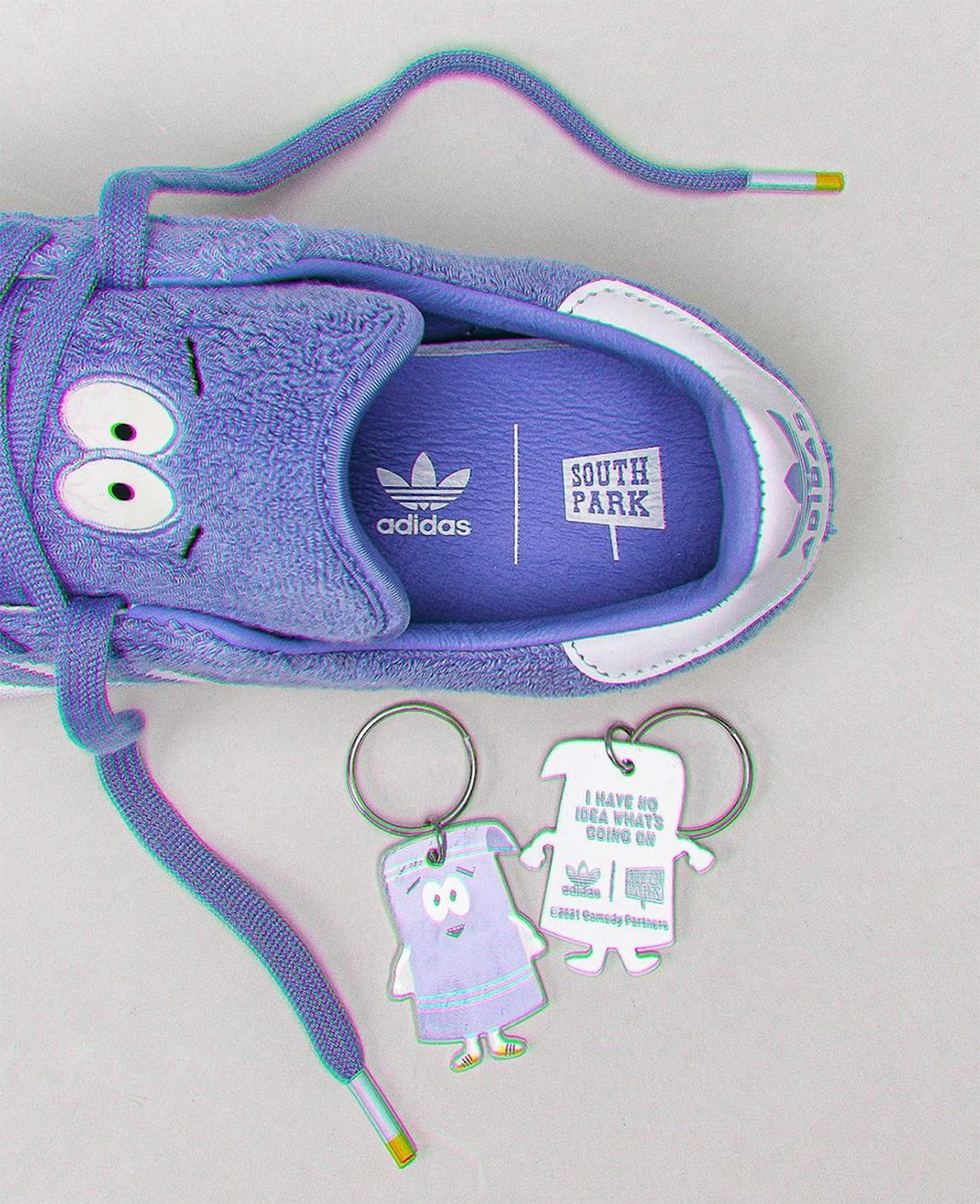 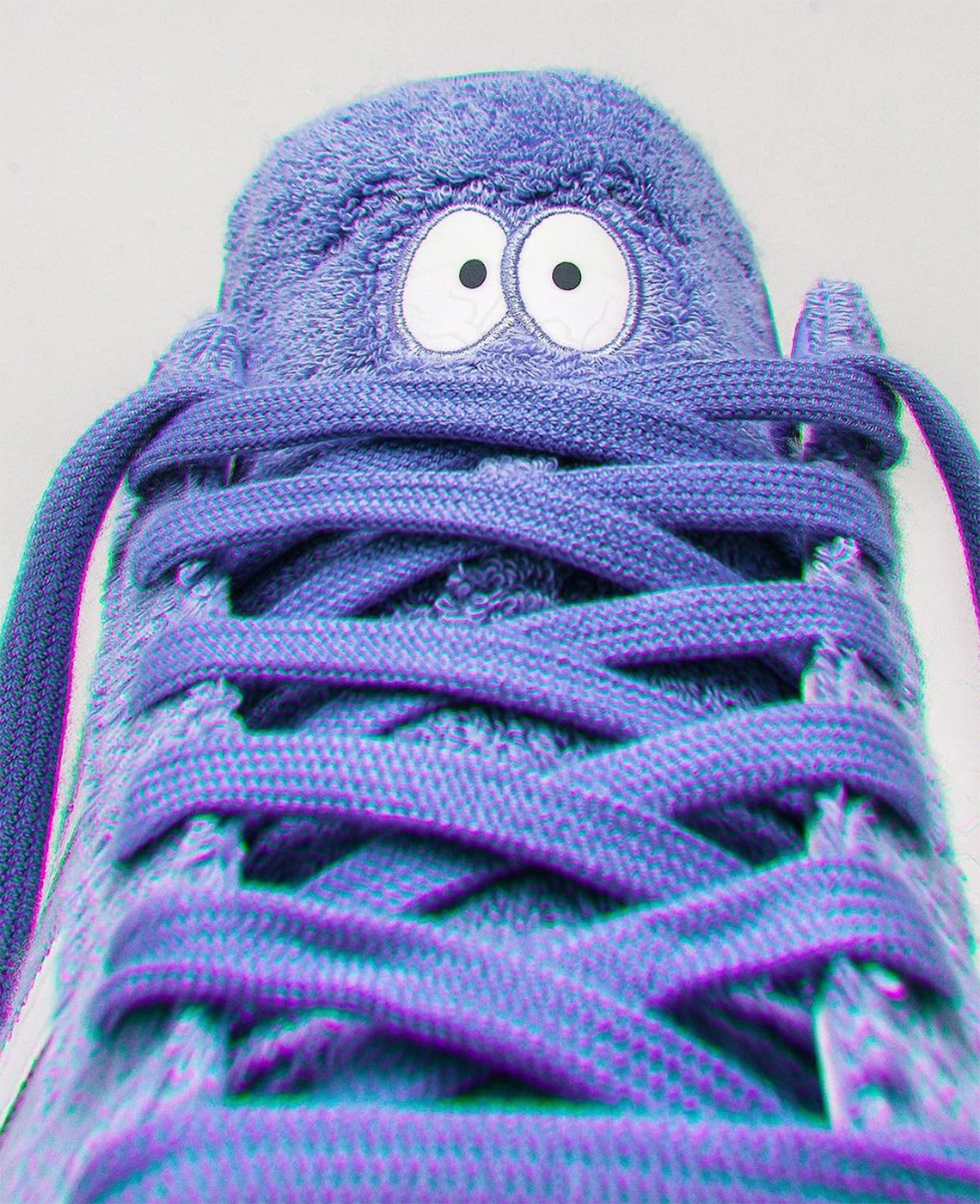 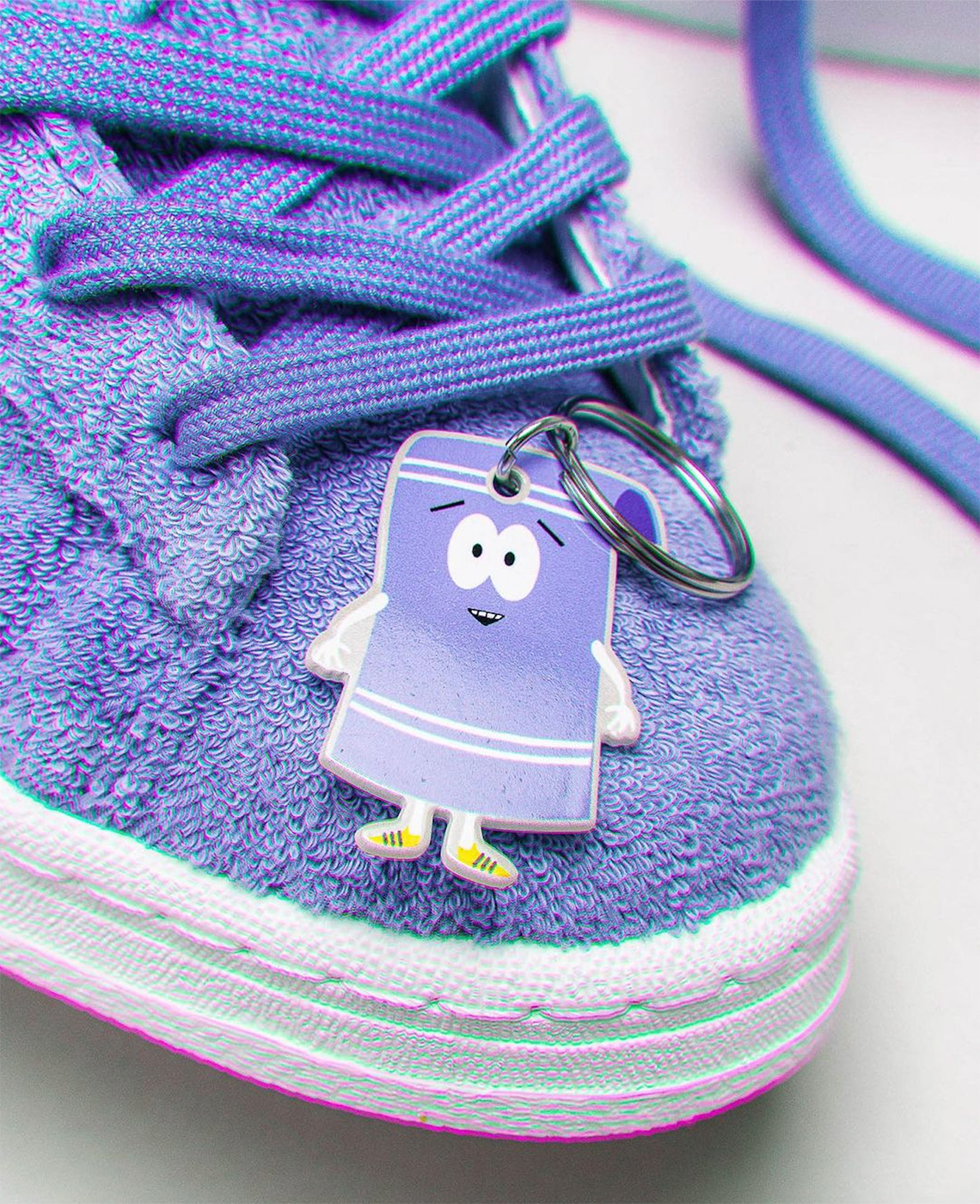 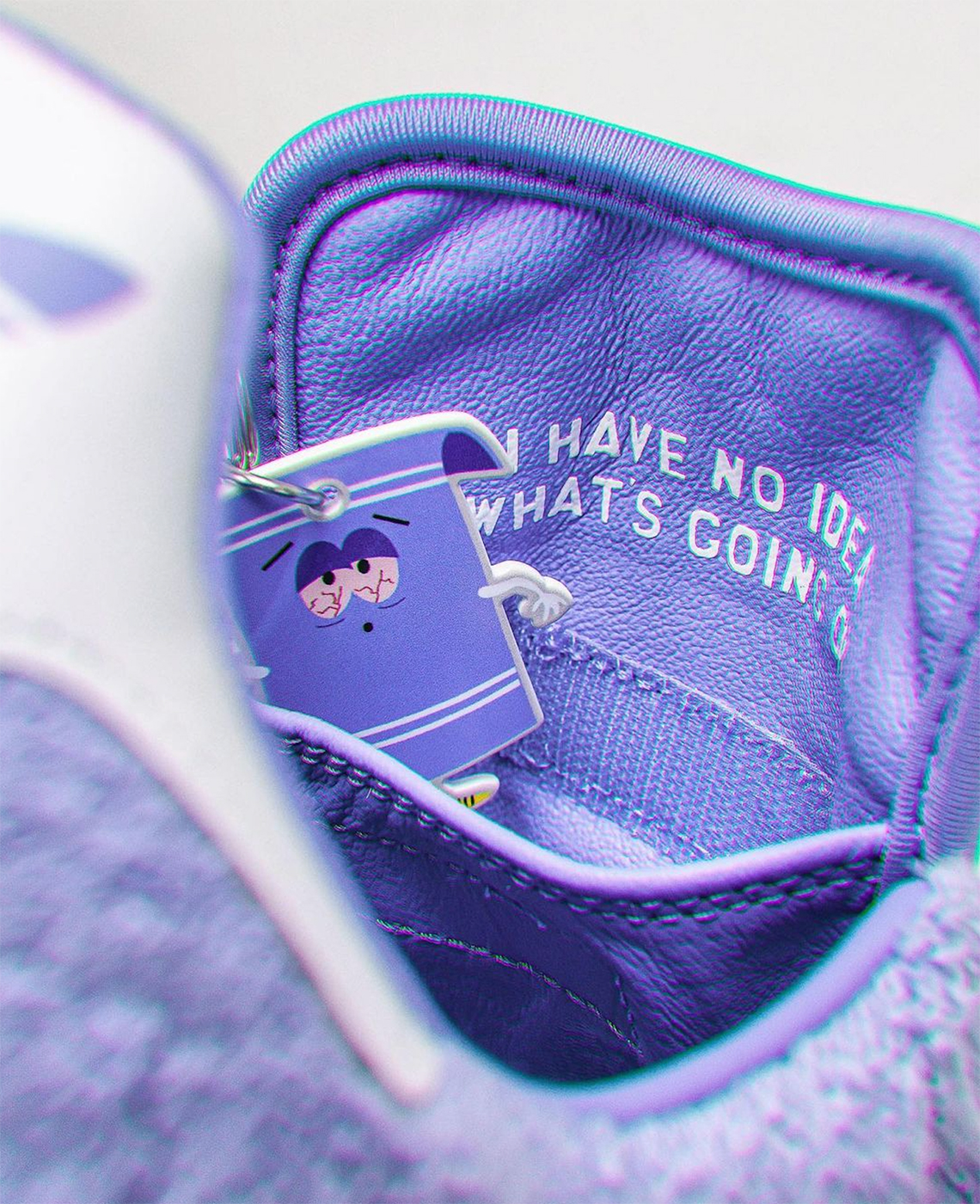 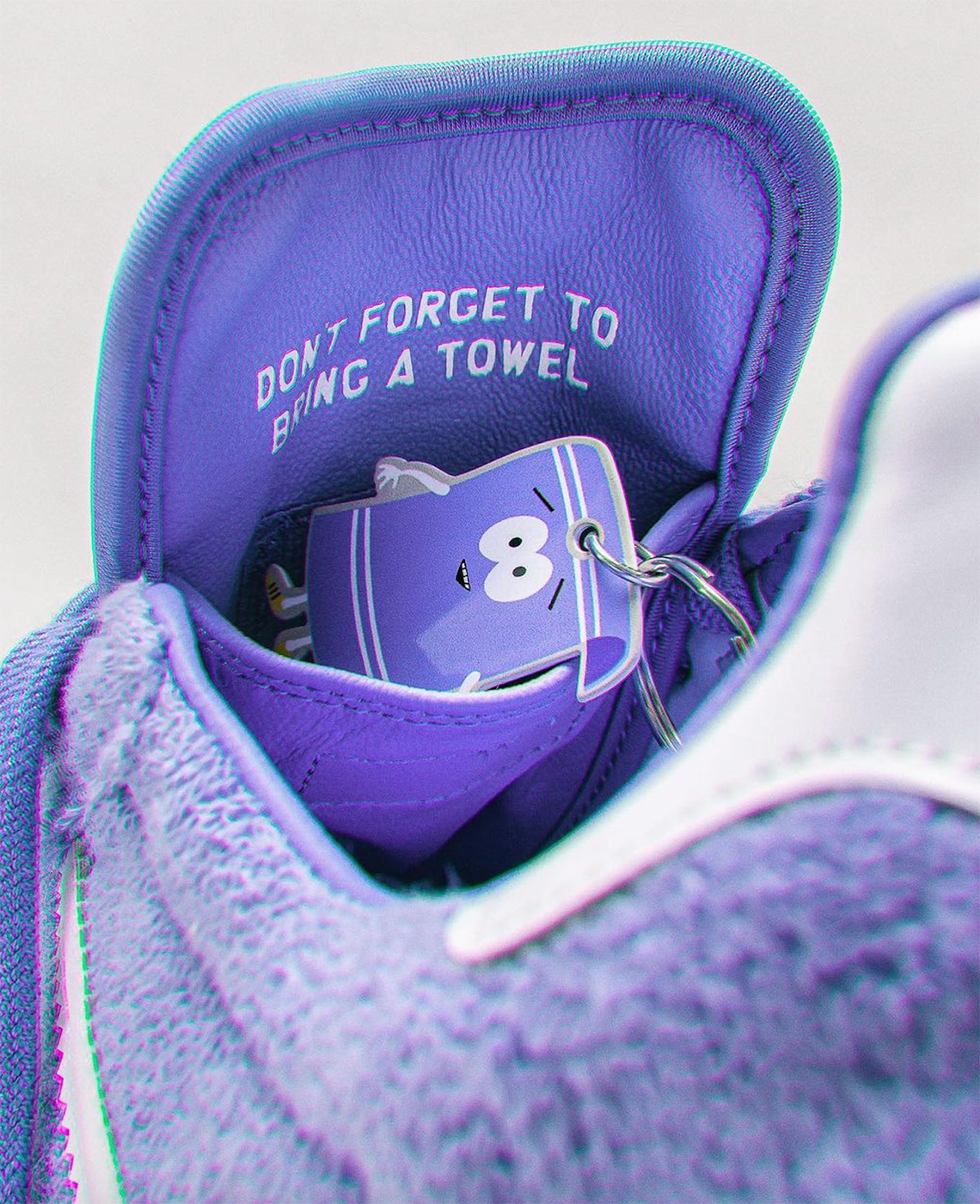