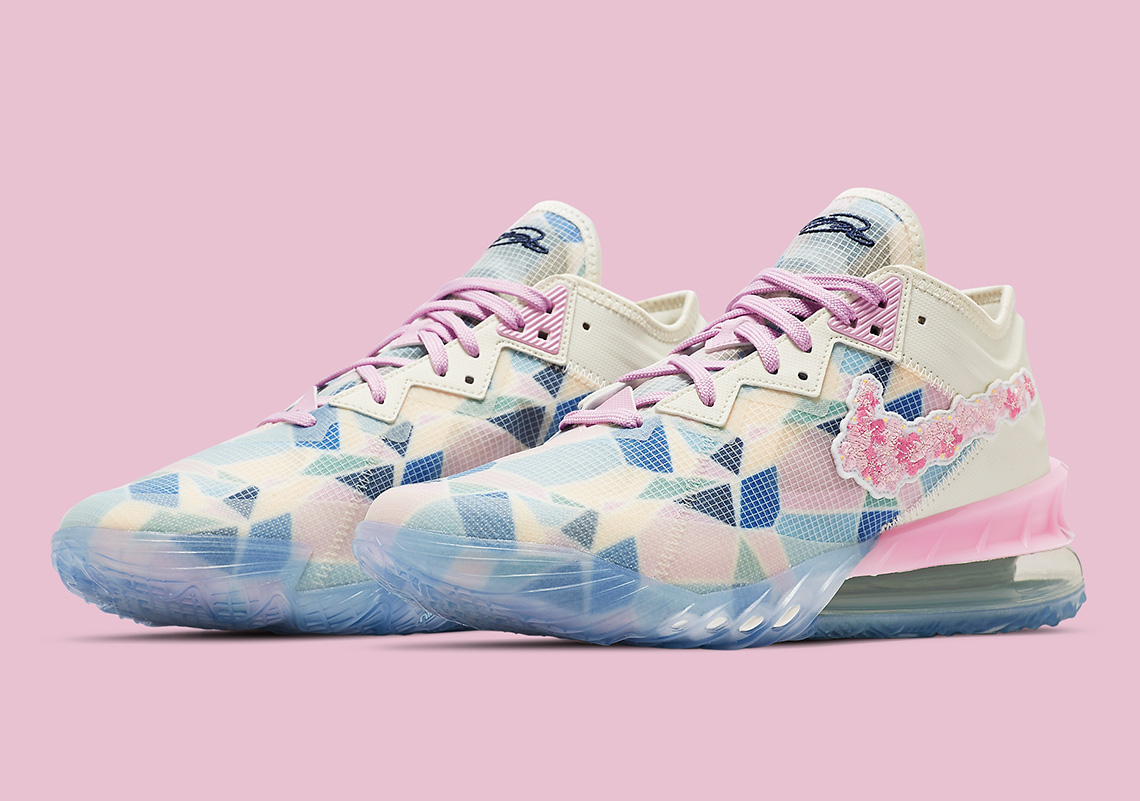 A couple of days ago, atmos teased not just one but two pairs of LeBron 18 Lows. The first, which hit official images only recently, celebrates the beloved “Viotech” colorway. This pair, in stark contrast, looks towards nature — specifically, Japan’s beautiful cherry blossoms, or “Sakura” as they’re more commonly referred.

Dubbed as such, the pair is a rather vivid embodiment of Spring, with literal florals covering the Swoosh. Petals of dark and light pink dress the check throughout, complementing the TPU counter and lace unit which bear pink shades of their own. Elsewhere, the base is rendered in a soft cream, one almost linen-like along the heel and eye stay. Forward, this neutral is put to better use as it sets the background for the stained glass reminiscent graphic of pastel blues, greens, and the like.

For official images, see below. Pairs are currently available right now on atmos-tokyo.com as part of the ongoing LeBron Watch drops on the 23rd of every month; whether or not we’ll see a release in the US is uncertain.

In other news, it looks like we’re getting an Onyx Yeezy Quantum. 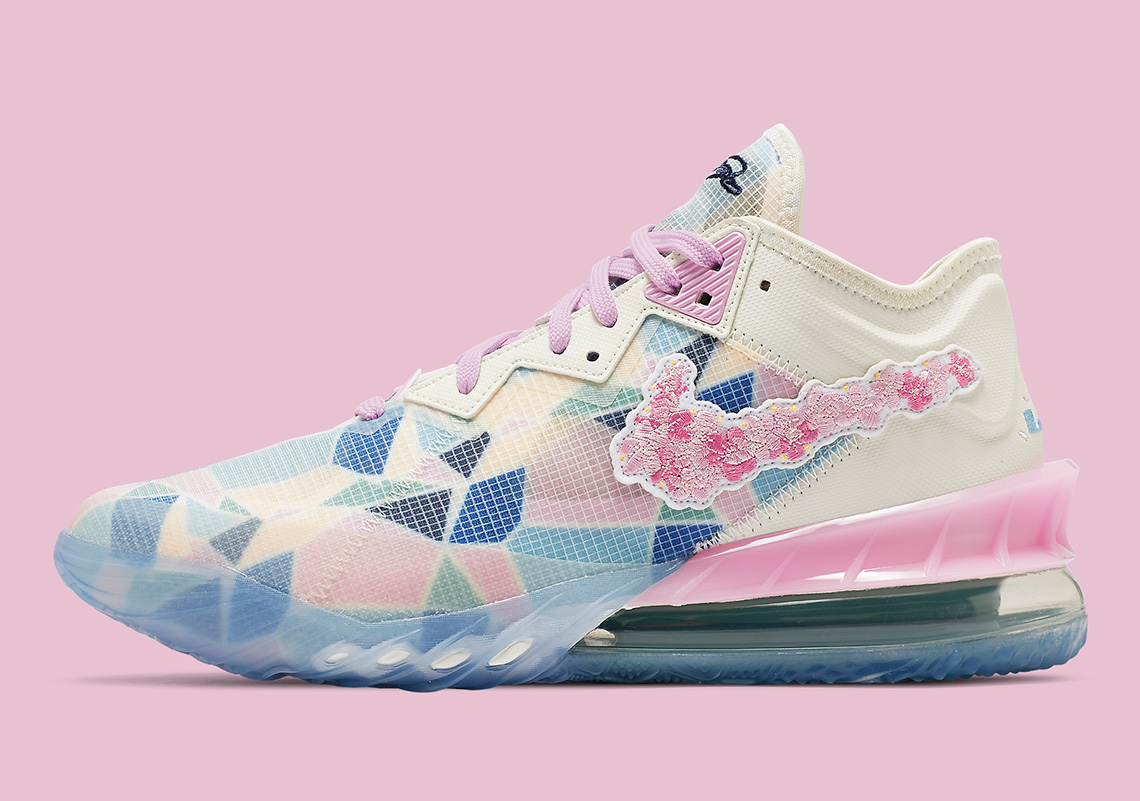 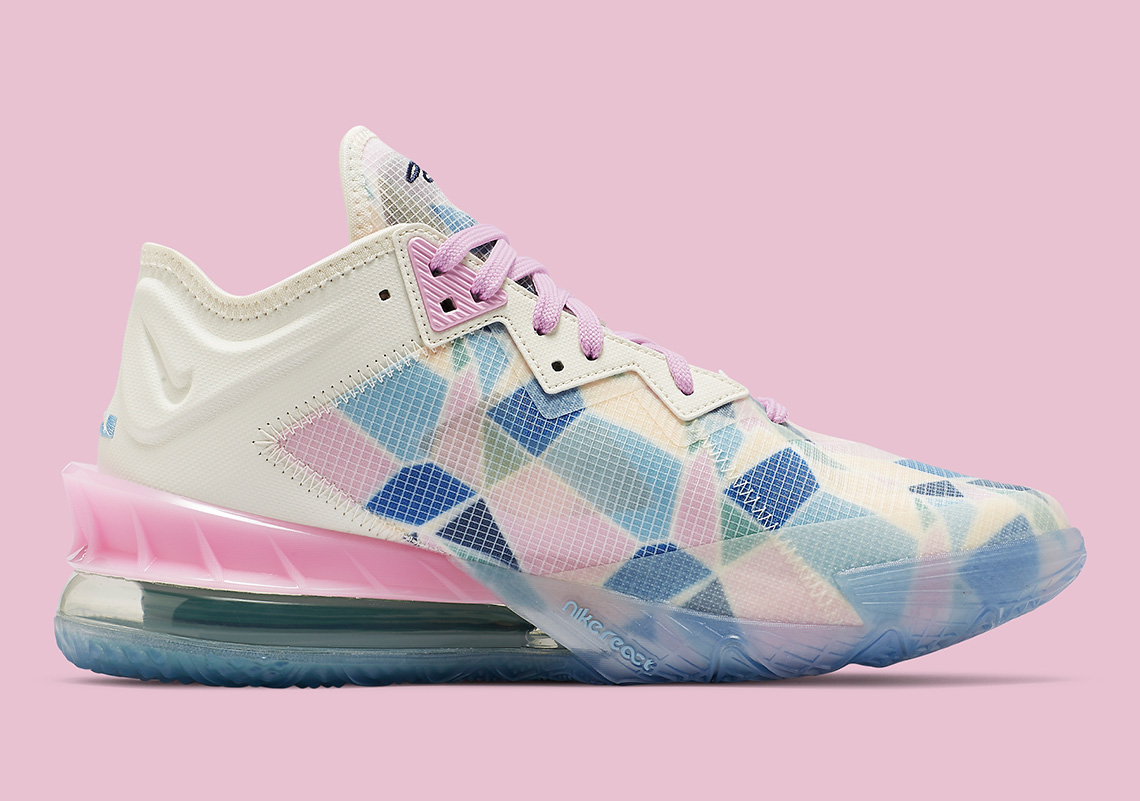 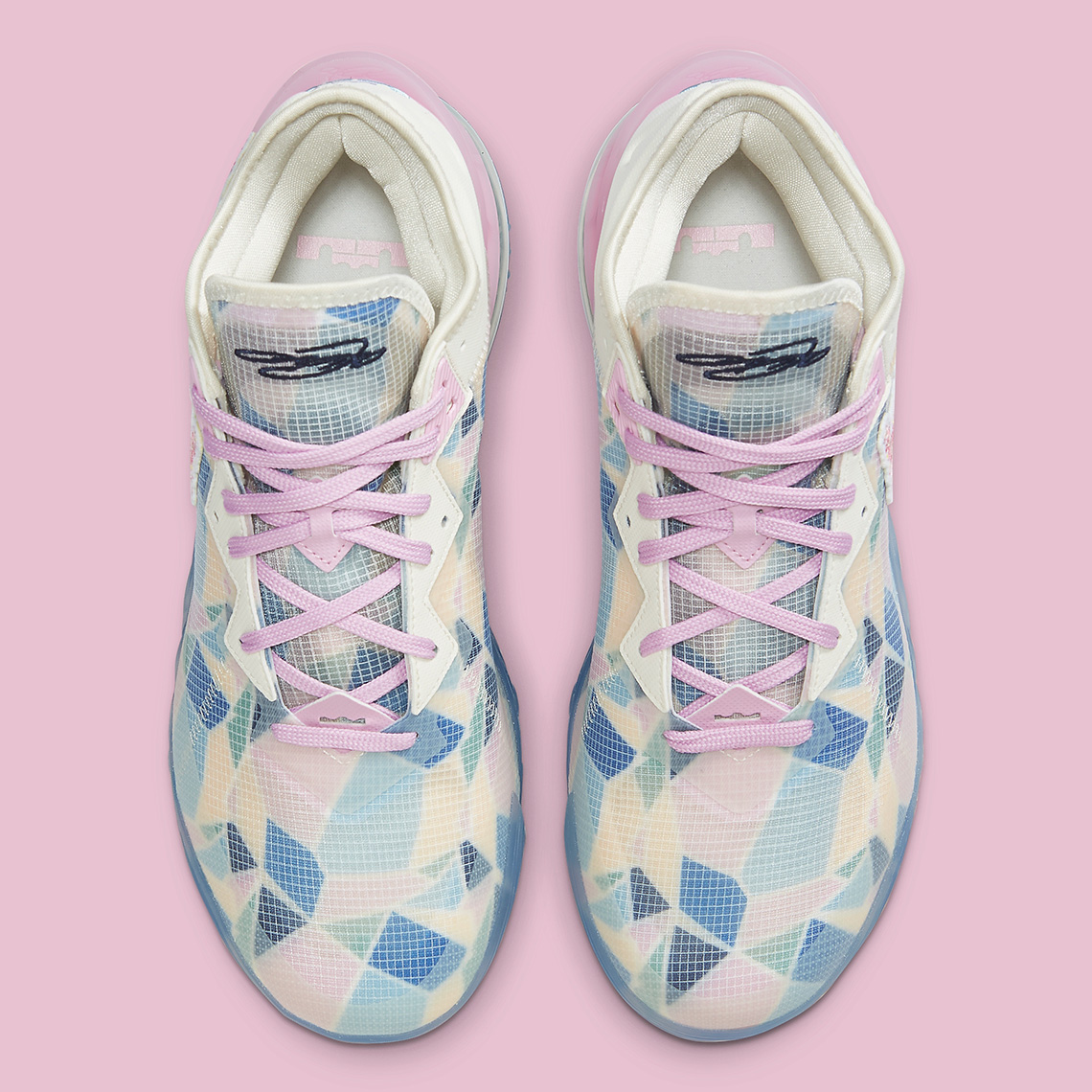 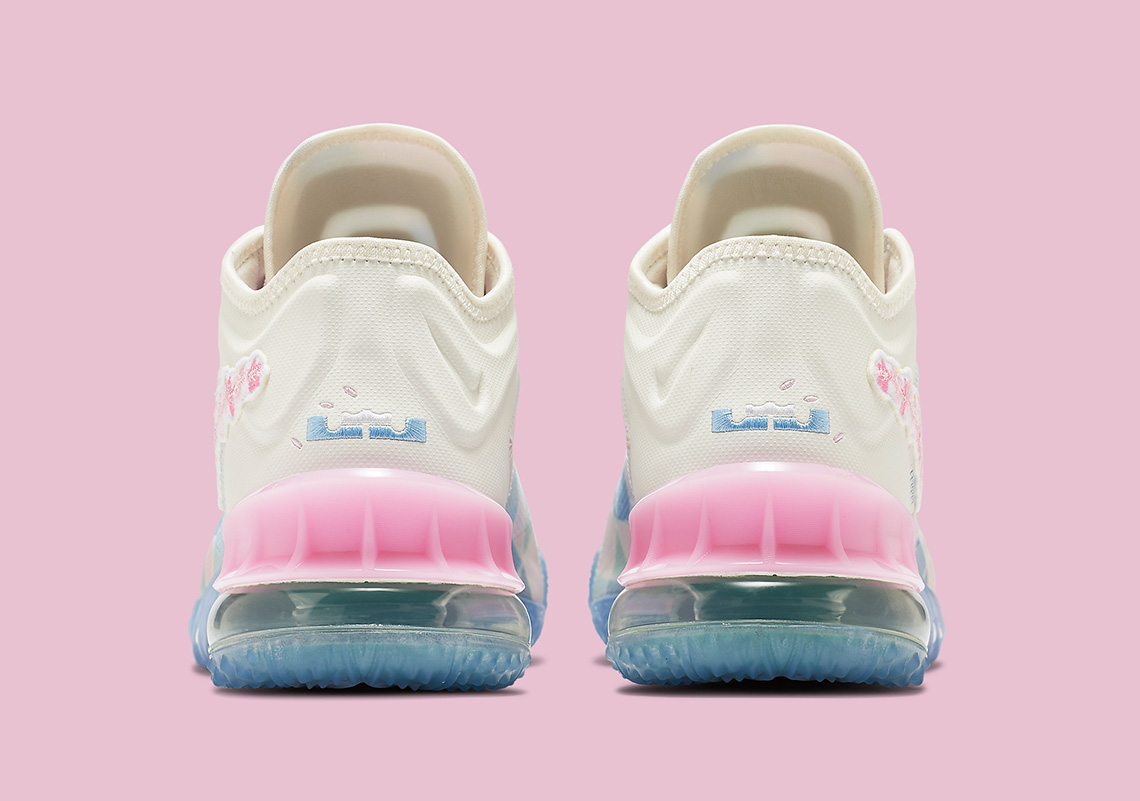 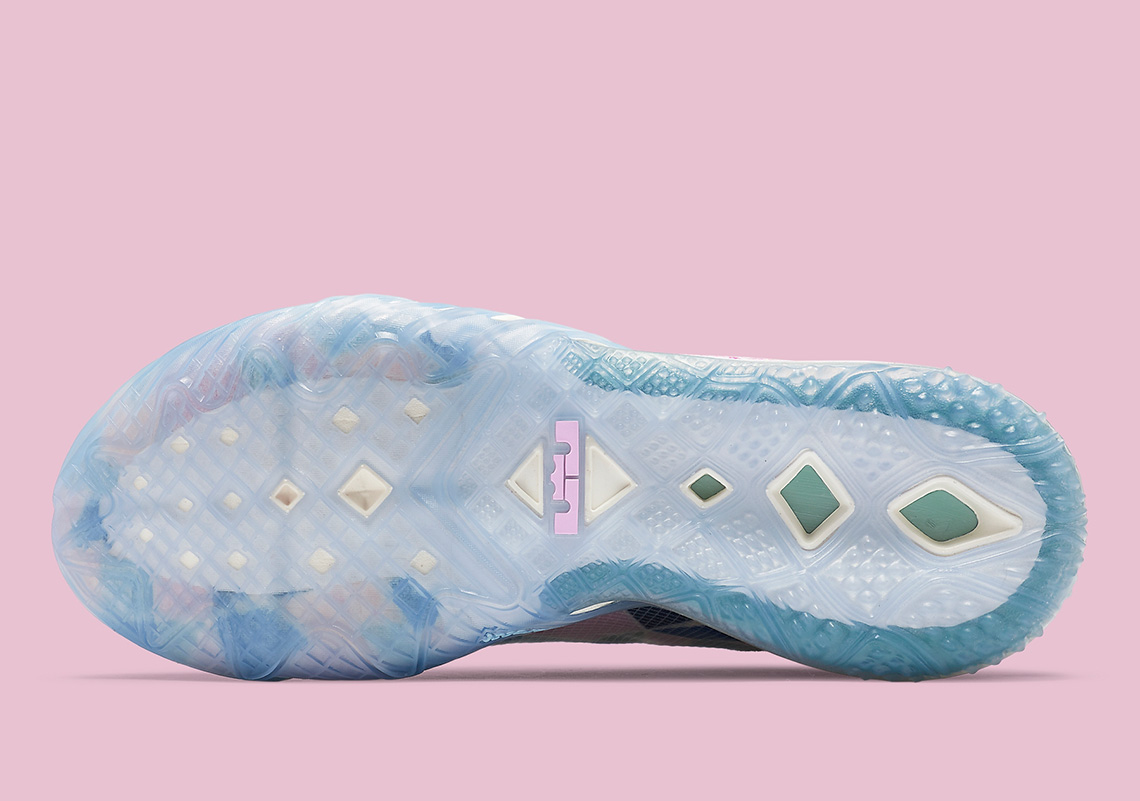 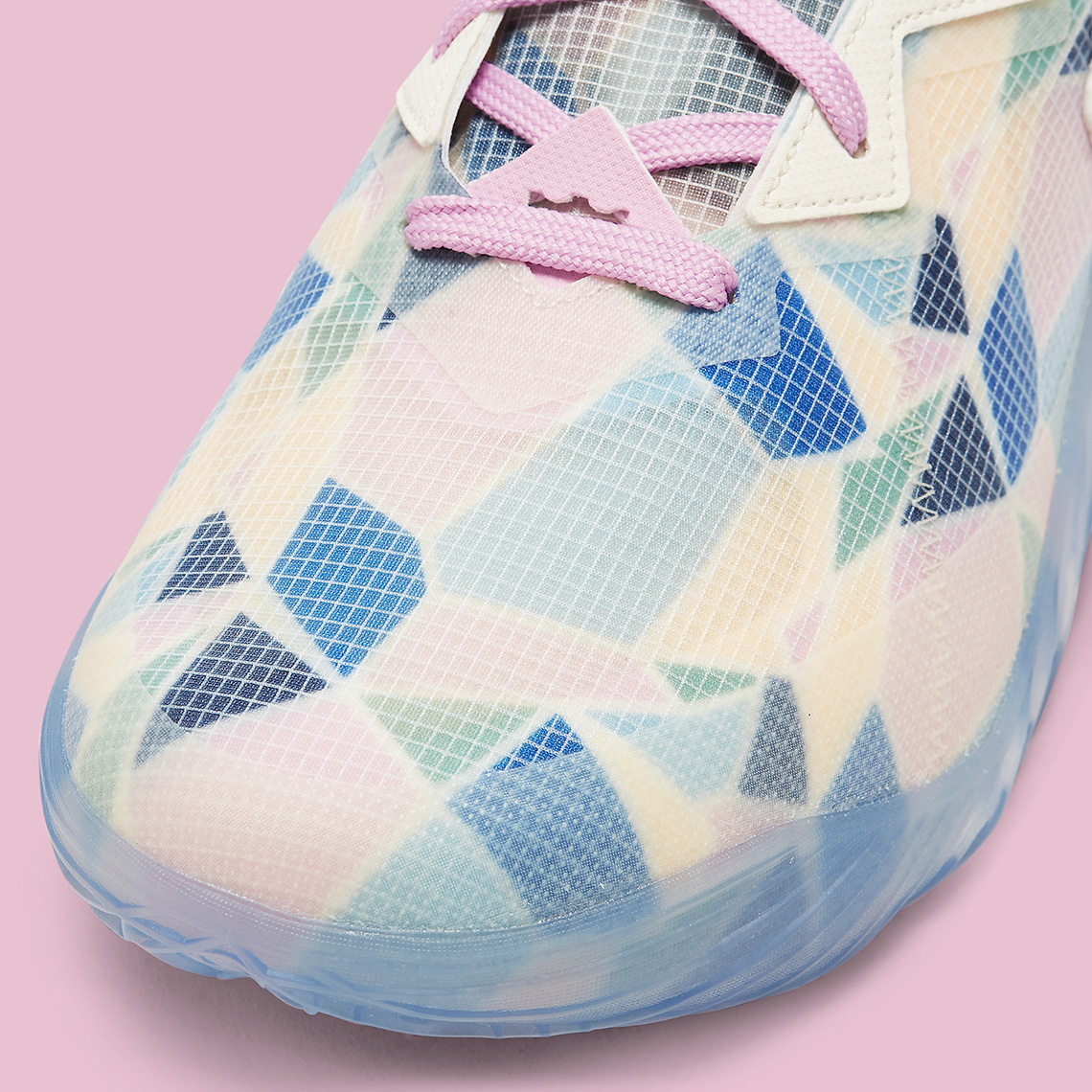 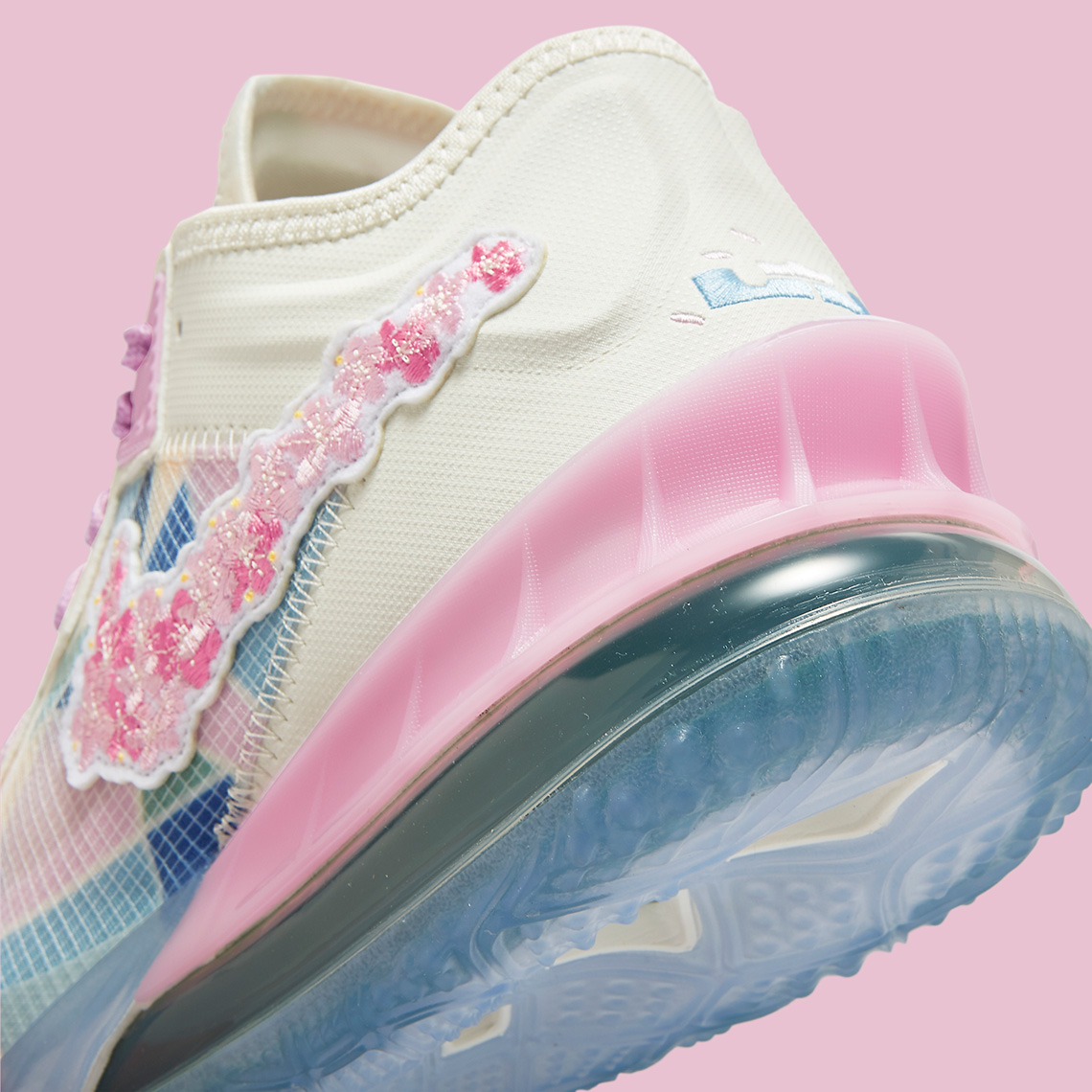