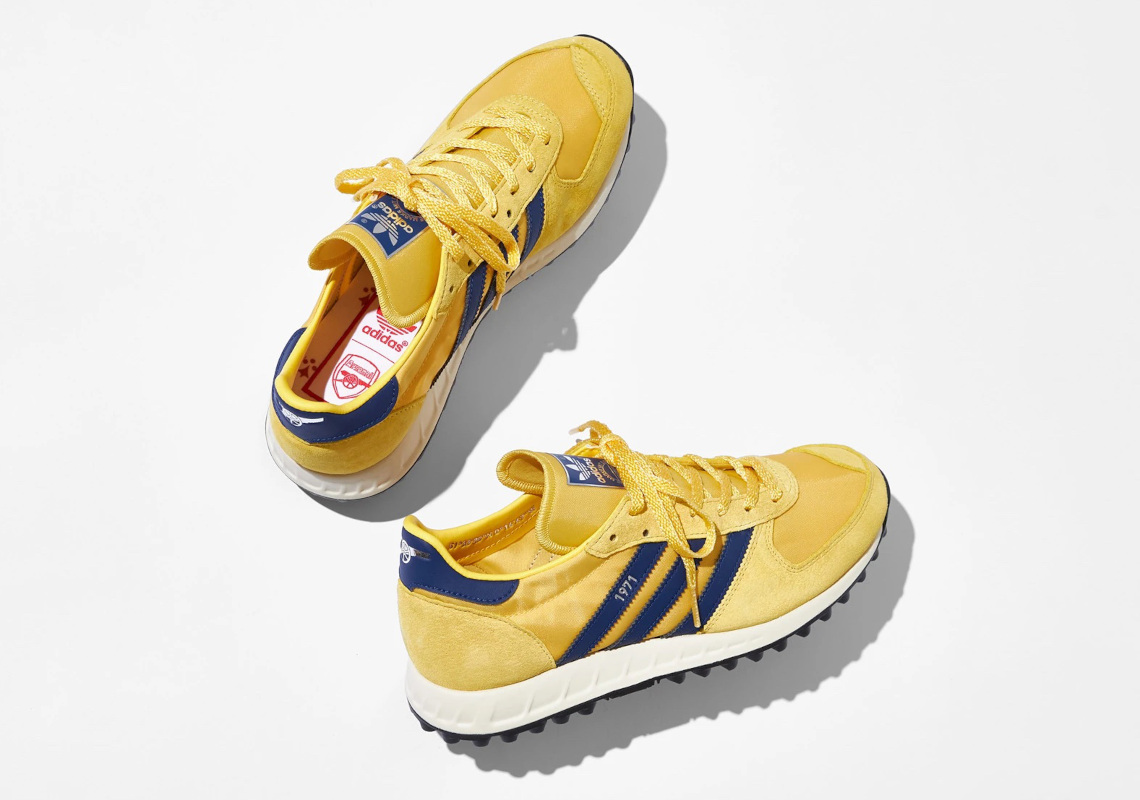 Despite an abysmal 2020-21 English Premier League finish, Arsenal Football Club has a couple of reasons to celebrate, courtesy of its adidas family. For starters, the “Gunners” revealed the kit for the forthcoming season, which would match well with a commemorative adidas TRX Runner the German sportswear behemoth just launched.

Created to celebrate the club’s 1971 stretch, the adidas Originals model features a “Spring Yellow” and “Victory Blue” color palette, the latter tone appropriate of the occasion. 50 years ago, Arsenal secured its first league title, as well as Football Association Challenge Cup (FA Cup) double. Although the Three Stripes surely has a handful of modern-day footwear clad in the English team’s hues, the TRX Runner is a symbolic, appropriate choice in honoring ’71 because it was commonly worn on stadiums’ terraces, a standing-only section often found directly behind the two goals. Viewing matches from these areas has been historically cheaper, and occupied by passionate, working-class fans. In addition to being clad in a vibrant yellow, the newly-launched pair includes Arsenal branding on the sock-liner and heel, the latter consisting of a shimmering gunner. The year “1971” makes its way onto the most-left stripe at the mid-foot.

Enjoy images of the shoes here below, and check out the latest from the UltraBOOST when you’re done. 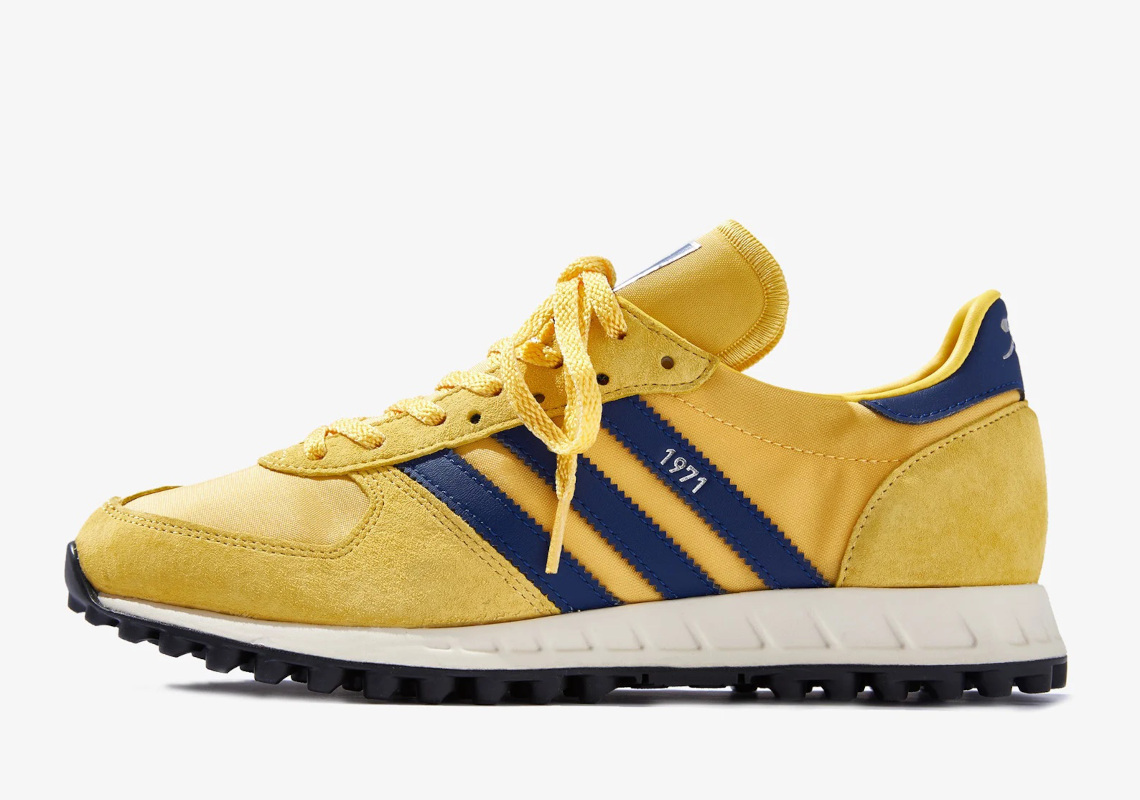 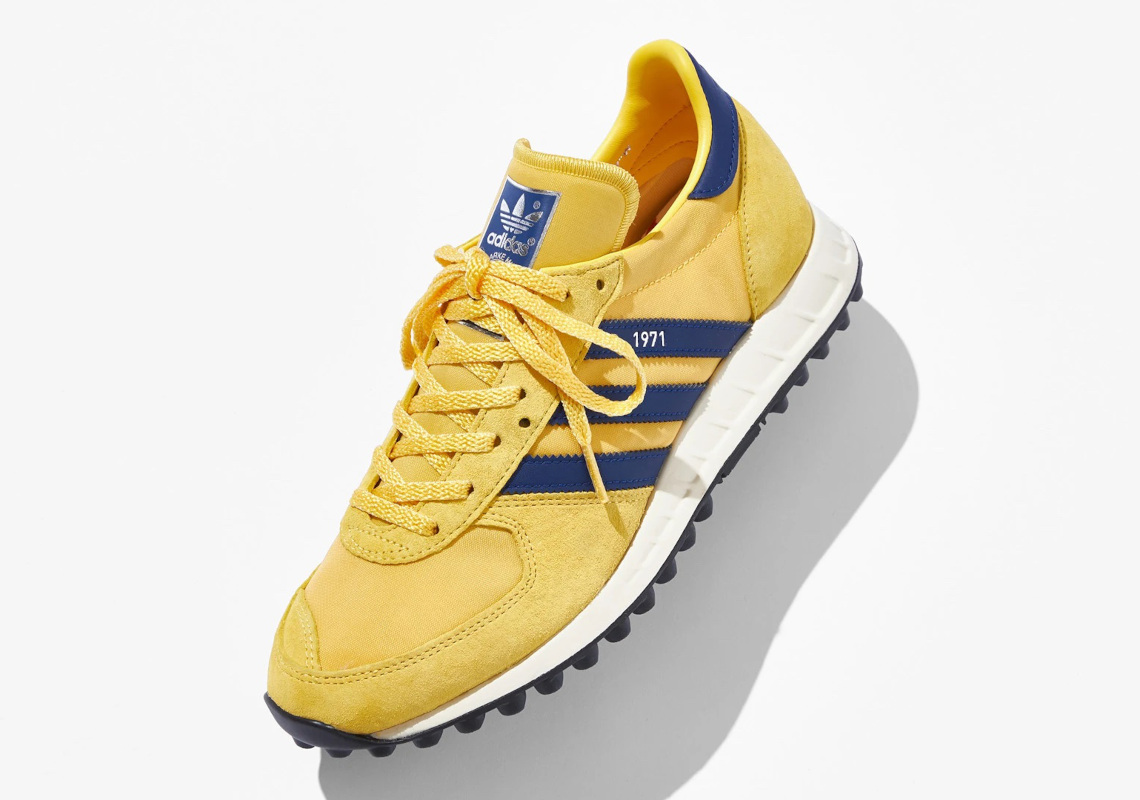 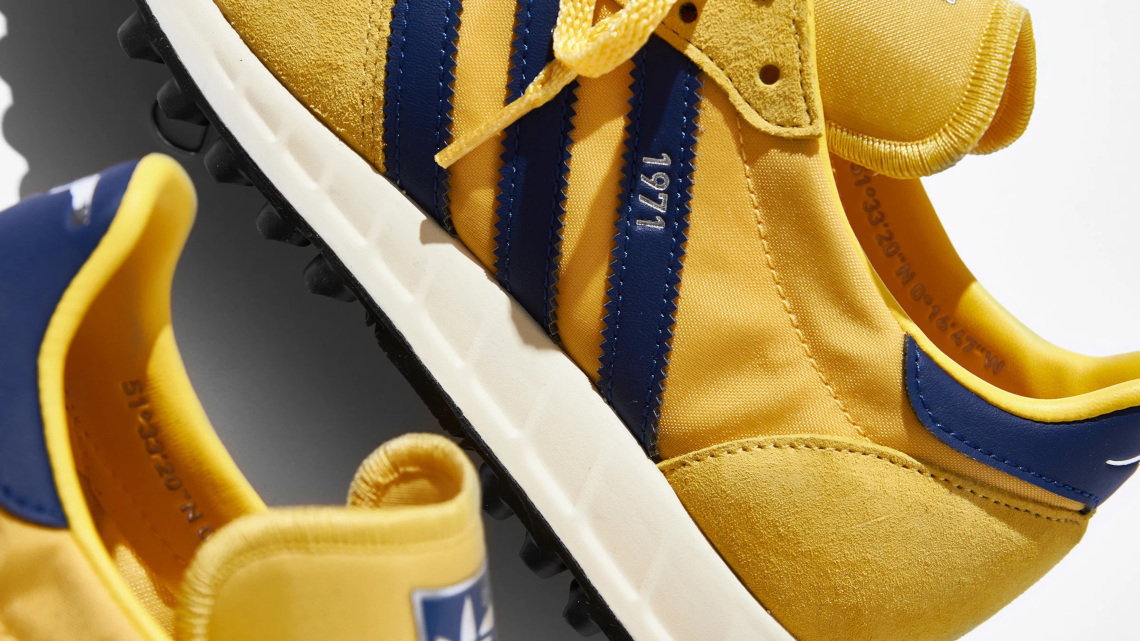 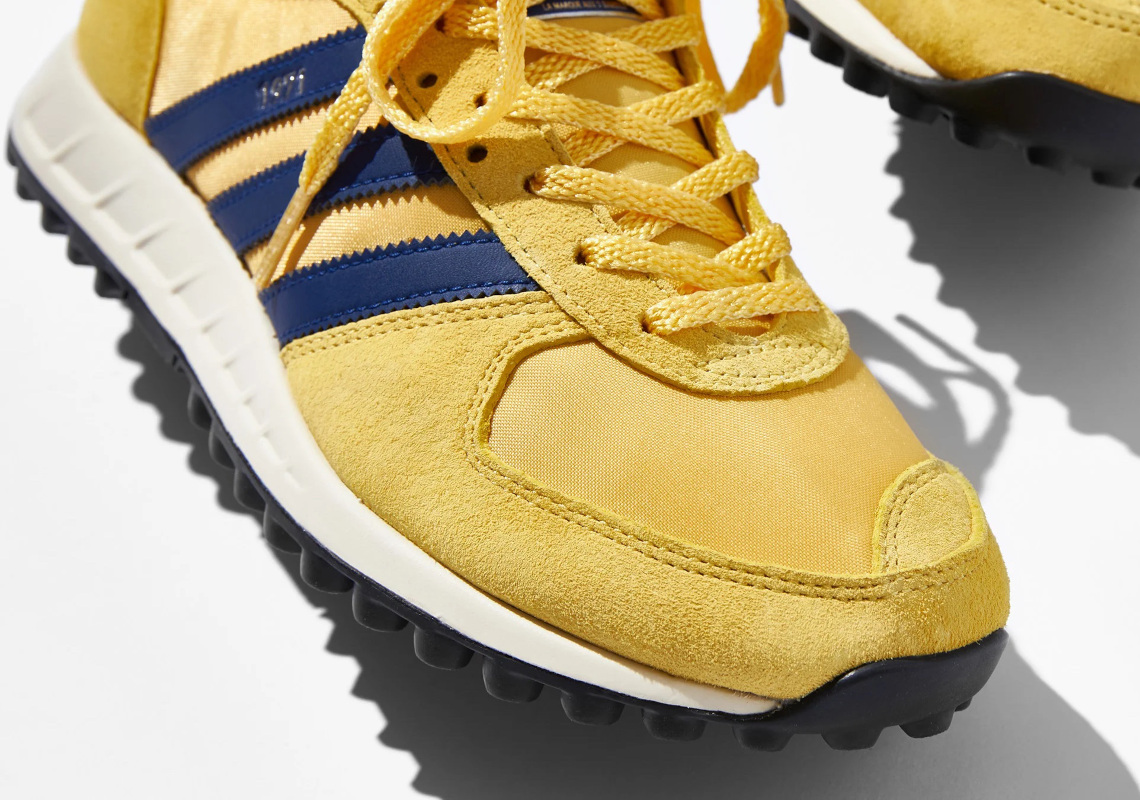 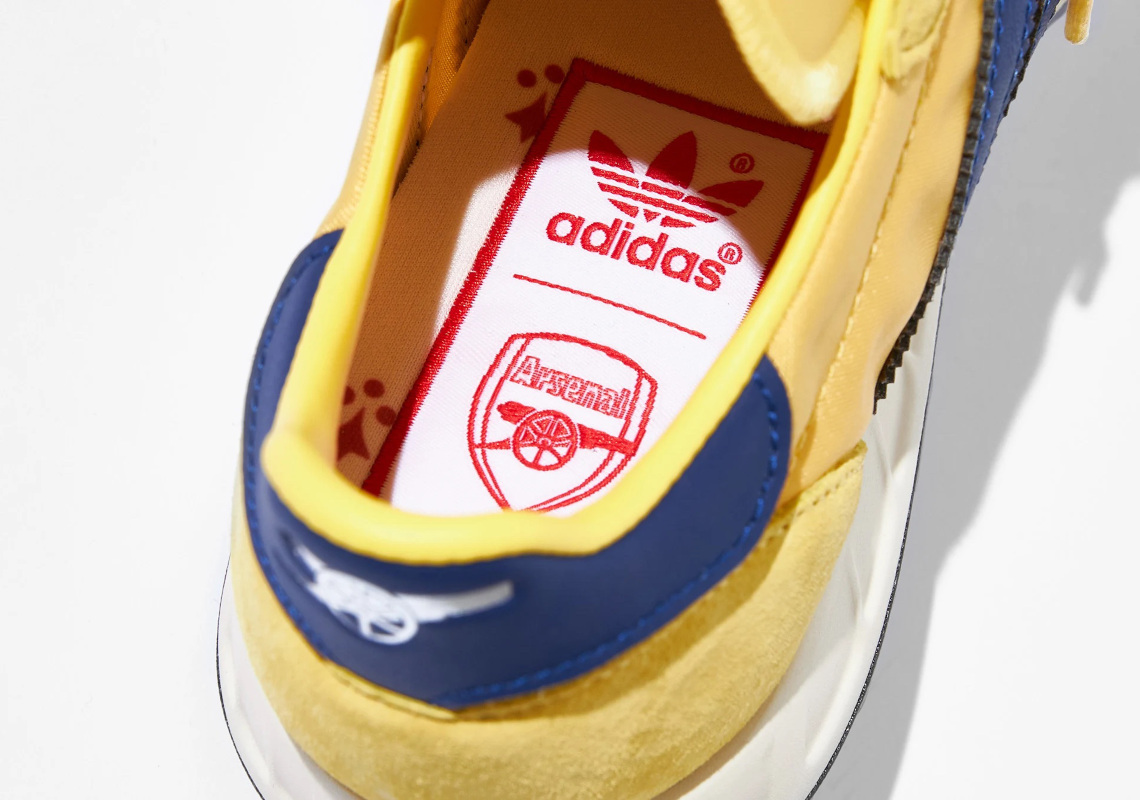 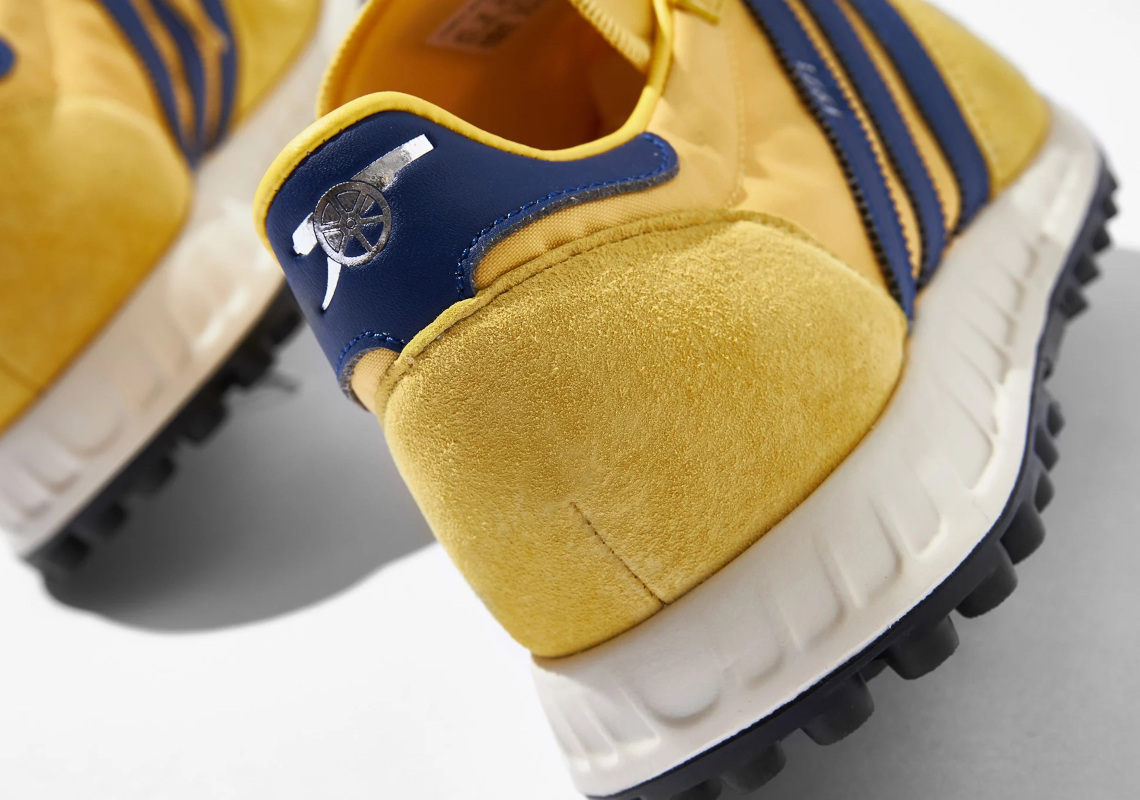